The Steller’s jay (Cyanocitta stelleri) is a jay native to western North America, closely related to the blue jay found in the rest of the continent, but with a black head and upper body. It is also known as the long-crested jay, mountain jay, and pine jay. Colloquially it is also referred to as a blue jay in parts of the Pacific Northwest, though it is a distinct species from the blue jay of eastern North America. It is the only crested jay west of the Rocky Mountains.

The Steller’s jay shows a great deal of regional variation throughout its range. Blackish-brown-headed birds from the north gradually become bluer-headed farther south. The Steller’s jay has a more slender bill and longer legs than the blue jay and has a much more pronounced crest. It is also somewhat larger. The head is blackish-brown with light blue streaks on the forehead. This dark coloring gives way from the shoulders and lower breast to silvery blue. The primaries and tail are a rich blue with darker barring.

It occurs in coniferous forest over much of the western half of North America from Alaska in the north to northern Nicaragua completely replacing the blue jay in most of those areas. Some hybridization with the blue jay in Colorado has been reported. The Steller’s jay lives in coniferous and mixed woodland, but not in completely dense forest, and requires open space. It typically lives in flocks of greater than 10 individuals. In autumn, flocks often visit oak woods when acorns are ripe. 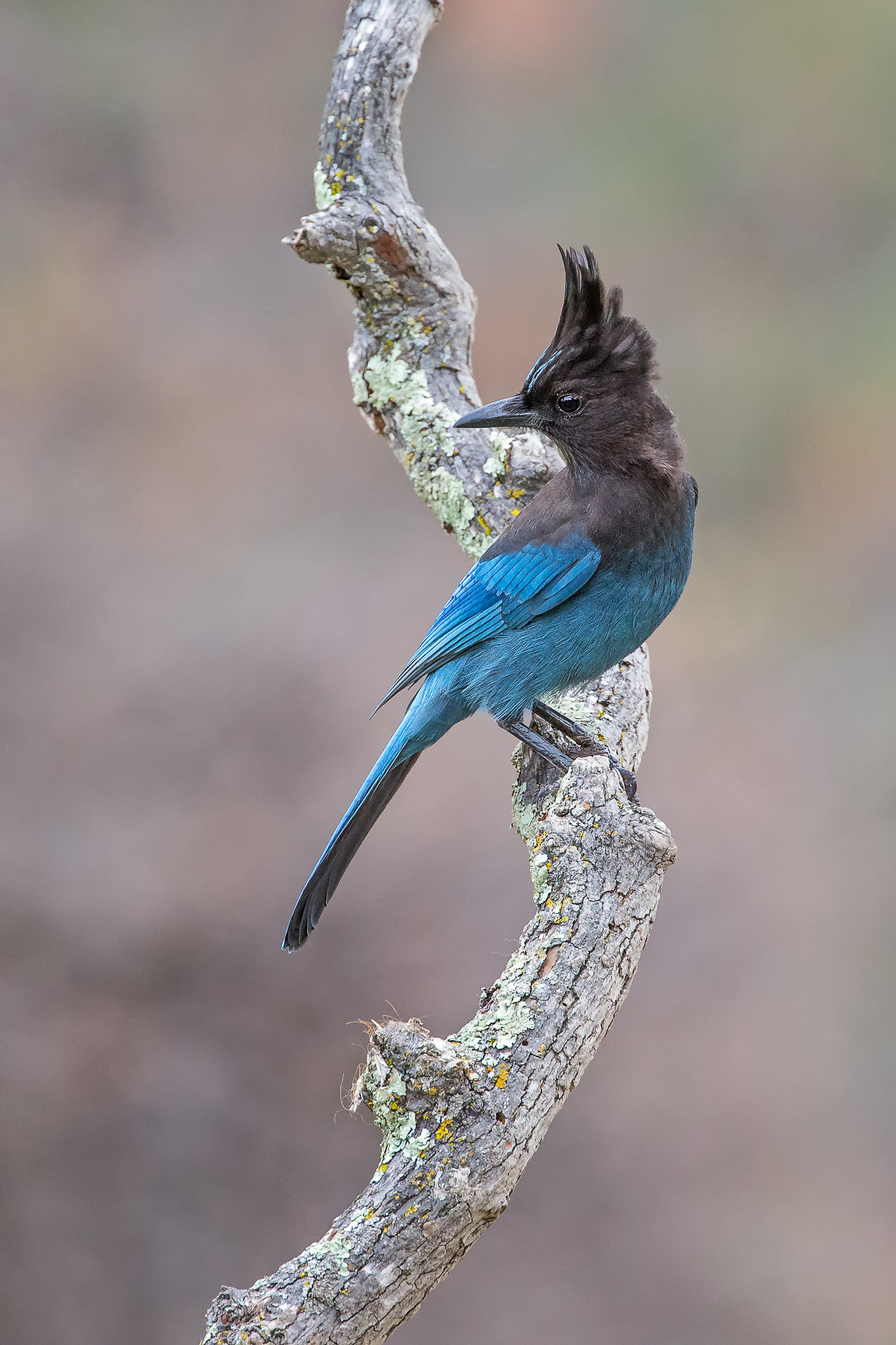 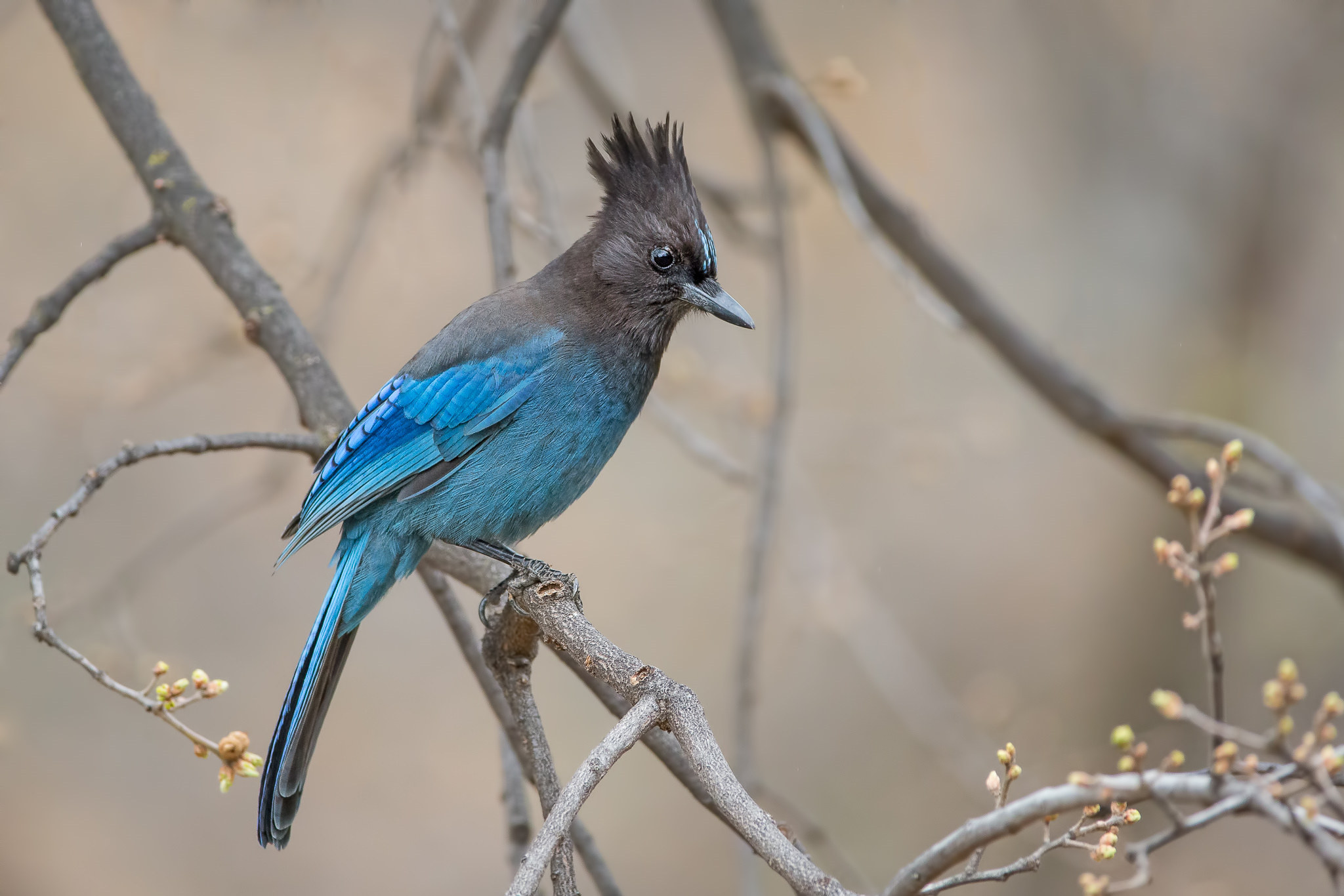 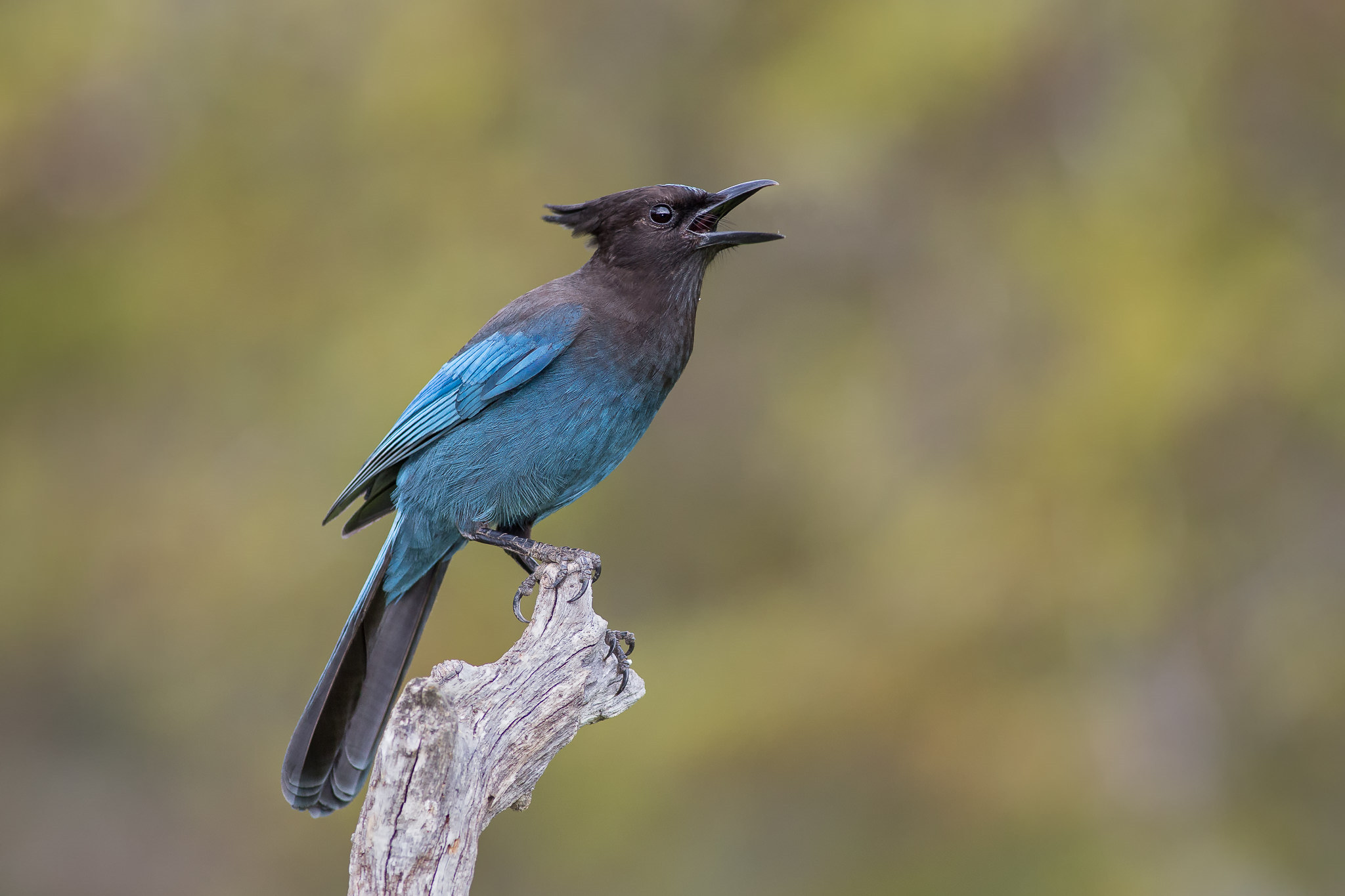 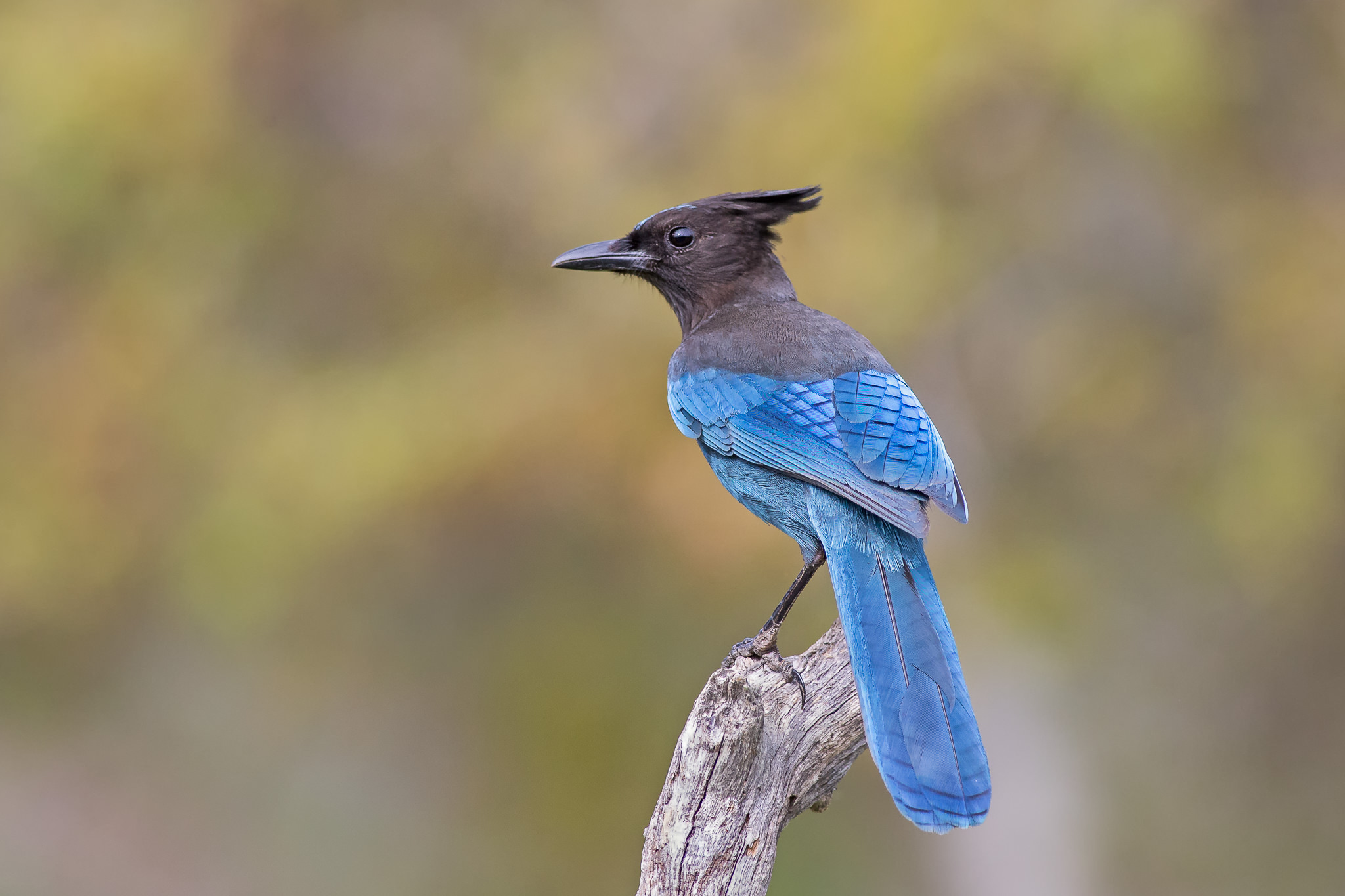 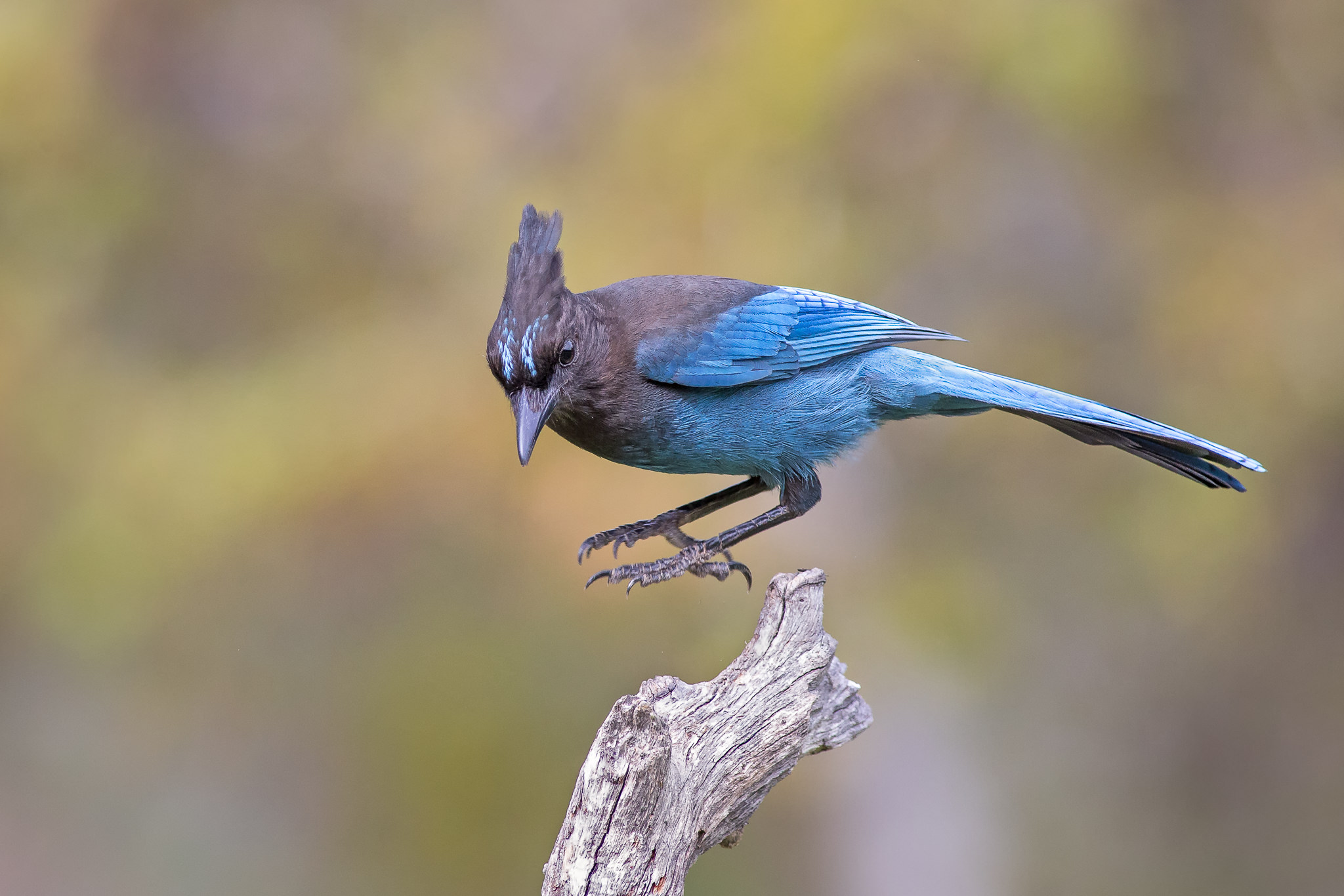 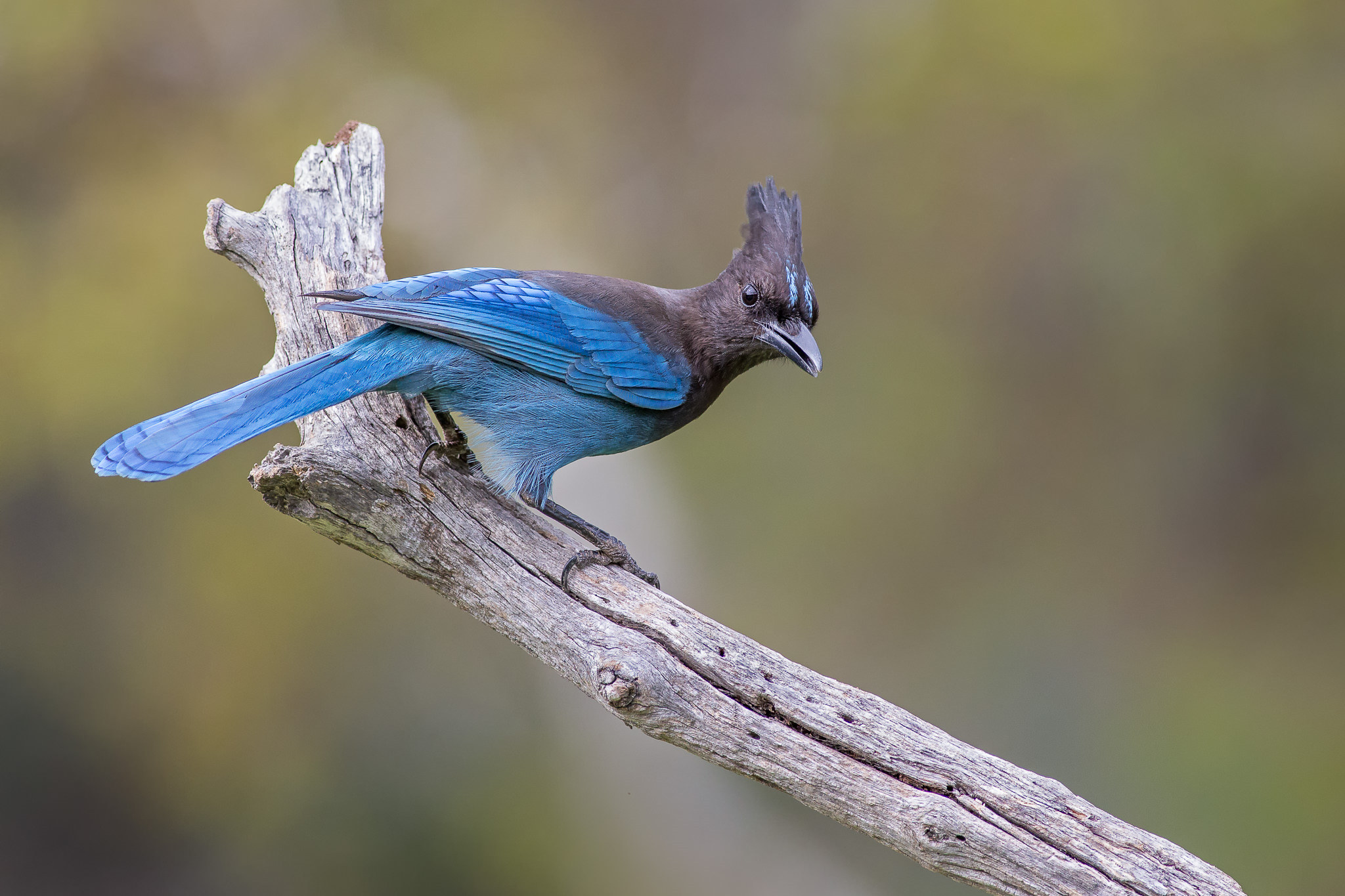