Anna’s hummingbird (Calypte anna) is a medium-sized stocky hummingbird native to the west coast of North America. This bird was named after Anna Masséna, Duchess of Rivoli. In the early 20th century, Anna’s hummingbird bred only in northern Baja California and southern California. The transplanting of exotic ornamental plants in residential areas throughout the Pacific coast and inland deserts provided expanded nectar and nesting sites, and the species was able to expand its breeding range greatly.

Anna’s hummingbird is 3.9 to 4.3 in (9.9 to 10.9 cm) long. It has an iridescent bronze-green back, a pale grey chest and belly, and green flanks. Its bill is long, straight and slender. The adult male has an iridescent crimson-red derived from magenta to a reddish-pink crown and gorget, which can look dull brown or gray without direct sunlight and a dark, slightly forked tail. Female Anna’s hummingbirds also have iridescent red gorgets, though they are usually smaller and less brilliant than the males’. Anna’s is the only North American hummingbird species with a red crown. Females and juvenile males have a dull green crown, a grey throat with or without some red iridescence, a grey chest and belly, and a dark, rounded tail with white tips on the outer feathers.

These birds feed on nectar from flowers using a long extendable tongue. They also consume small insects and other arthropods caught in flight or gleaned from vegetation. A PBS documentary shows how Anna’s hummingbirds eat flying insects. They aim for the flying insect, then open their beaks very wide. That technique has a greater success rate than trying to aim the end of a long beak at the insect. On rare occasions, bees and wasps may become impaled on the bill of an Anna’s hummingbird, causing the bird to starve to death.

While collecting nectar, they also assist in plant pollination. This species sometimes consumes tree sap. The male’s call is scratchy metallic, and it perches above head-level in trees and shrubs. They are frequently seen in backyards and parks, and commonly found at feeders and flowering plants.

A recent study found that the Anna’s hummingbird can shake their bodies 55 times per second while in flight. This shimmy, when done in dry weather, can shake off pollen or dirt from their feathers similar to how a wet shake by a dog removes water. This rate of shaking is the fastest of any vertebrate on earth. 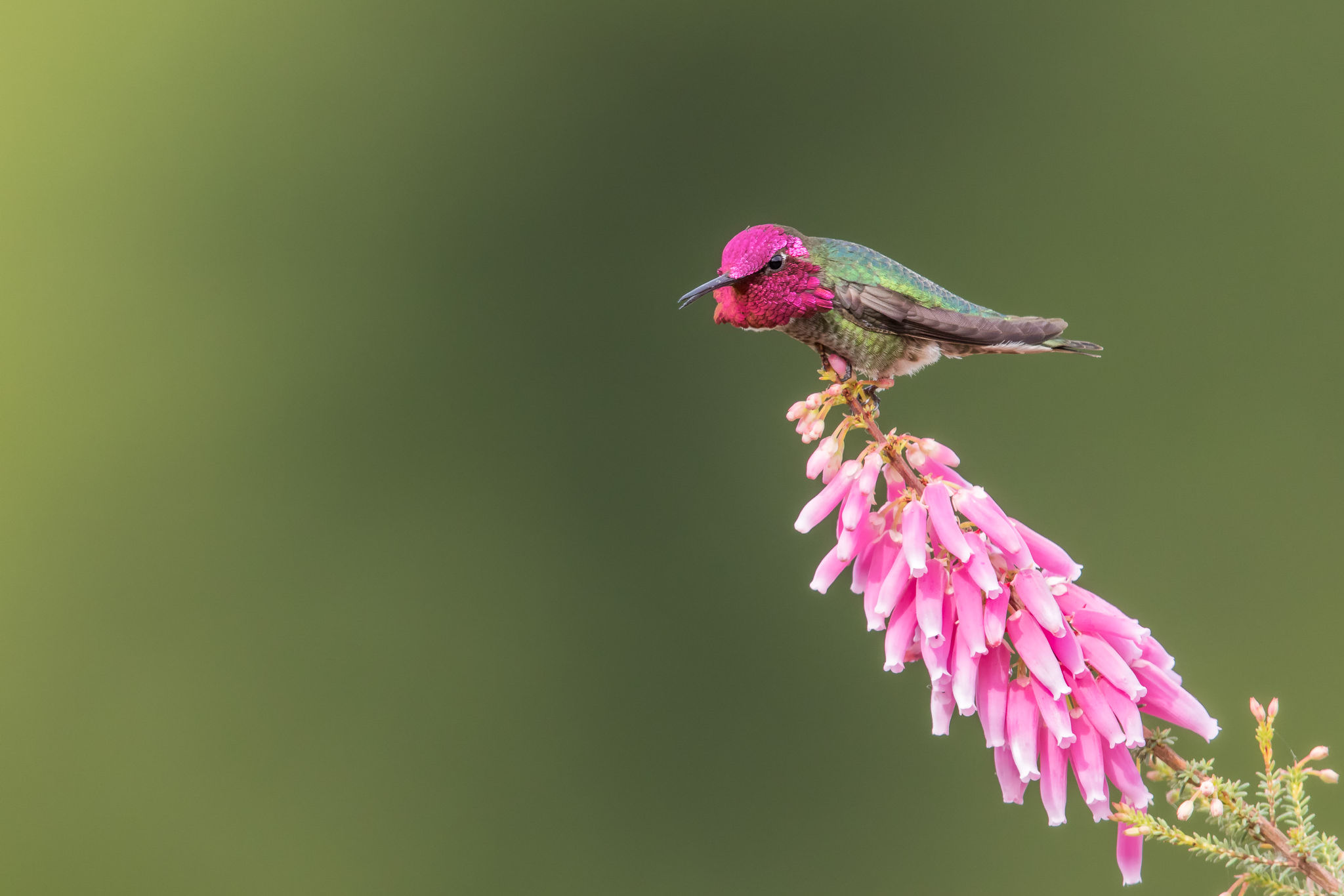 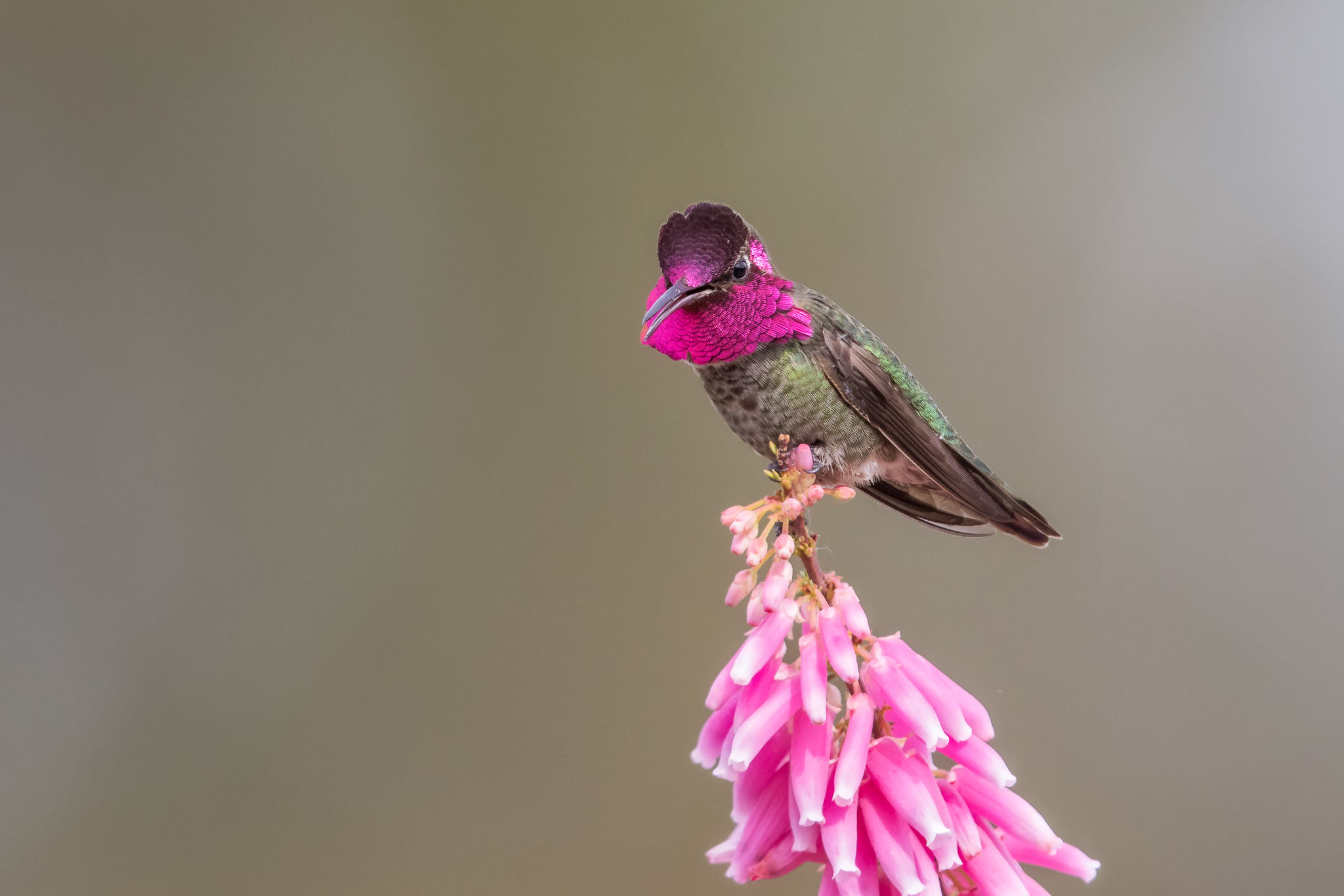 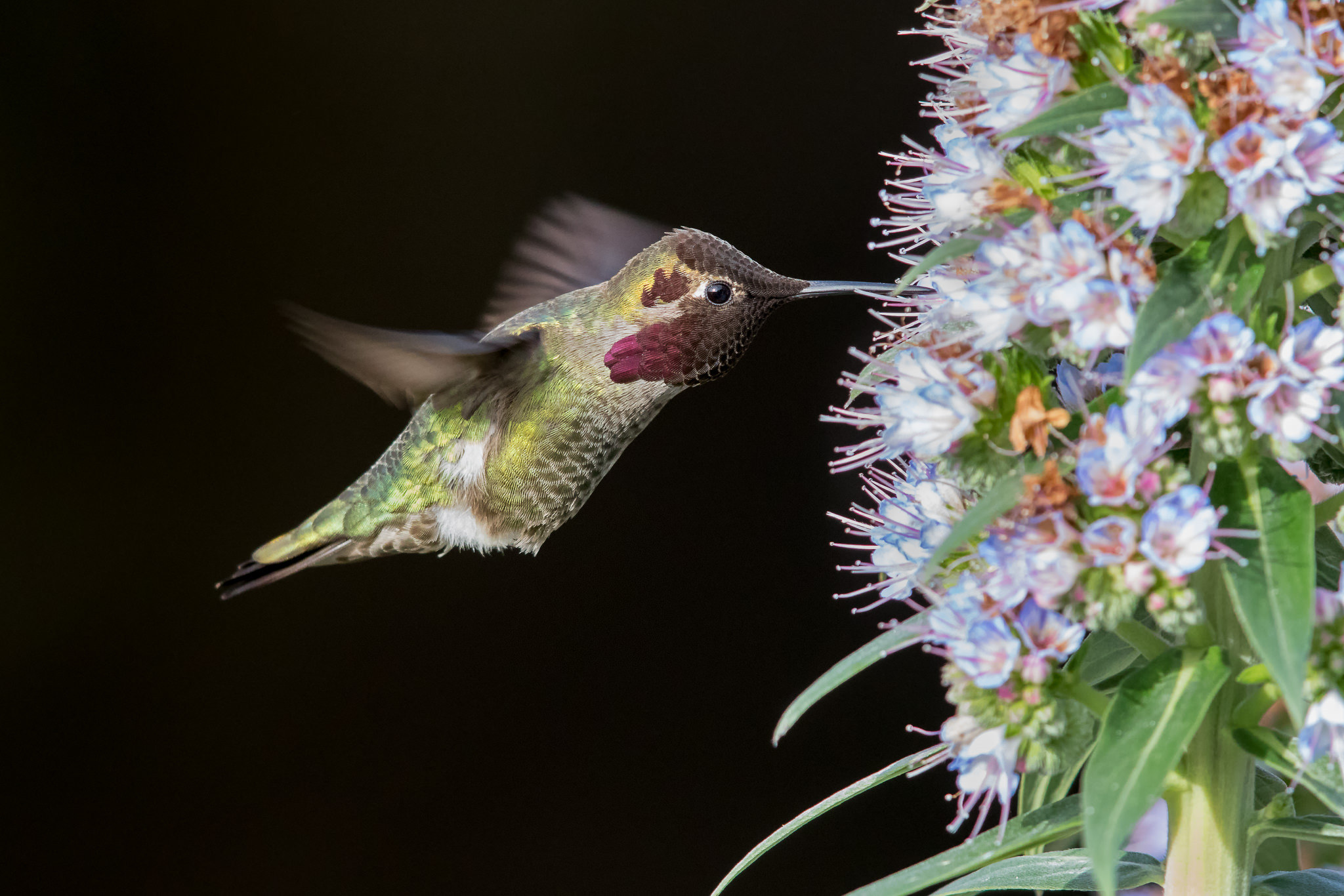 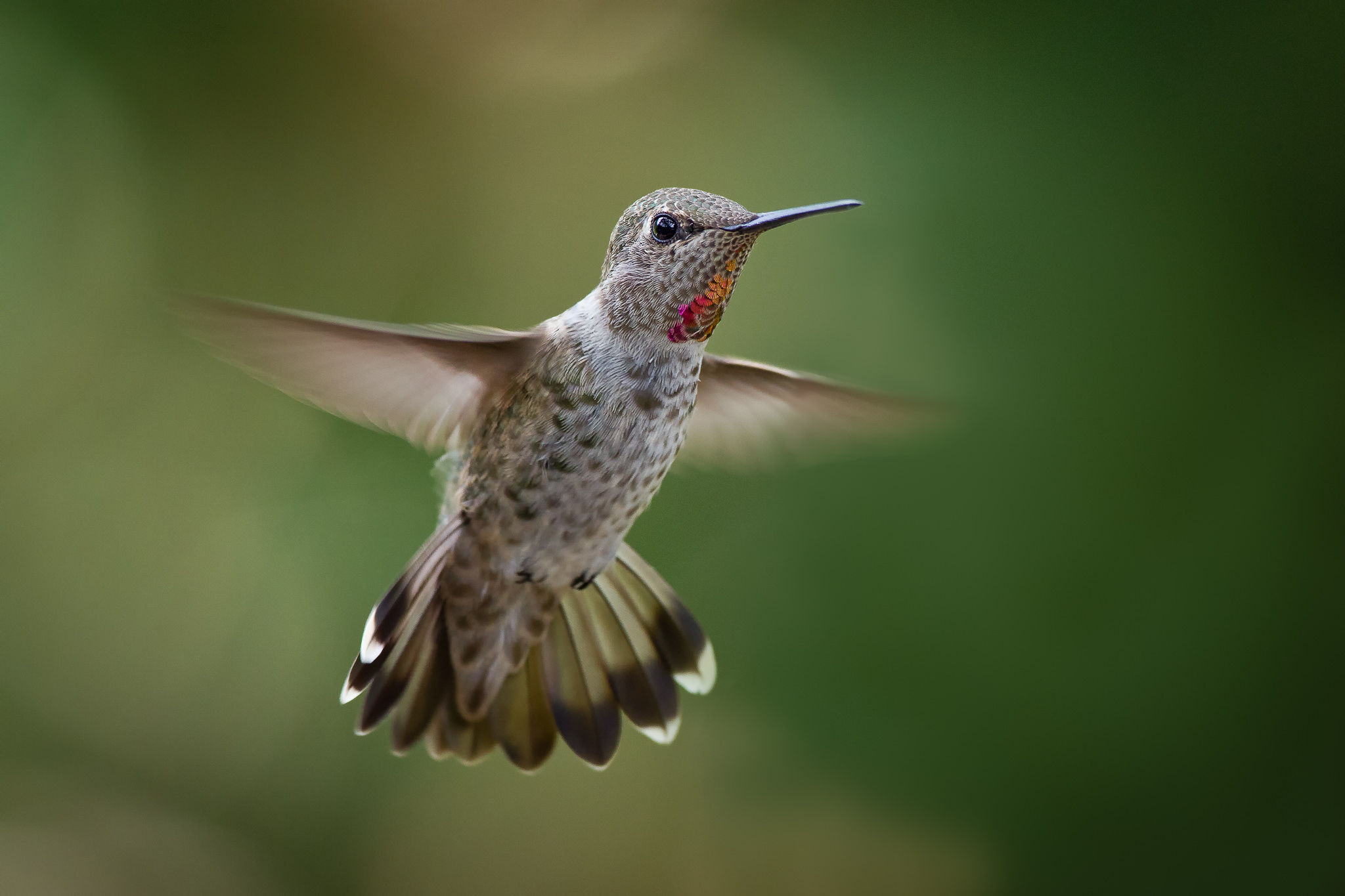 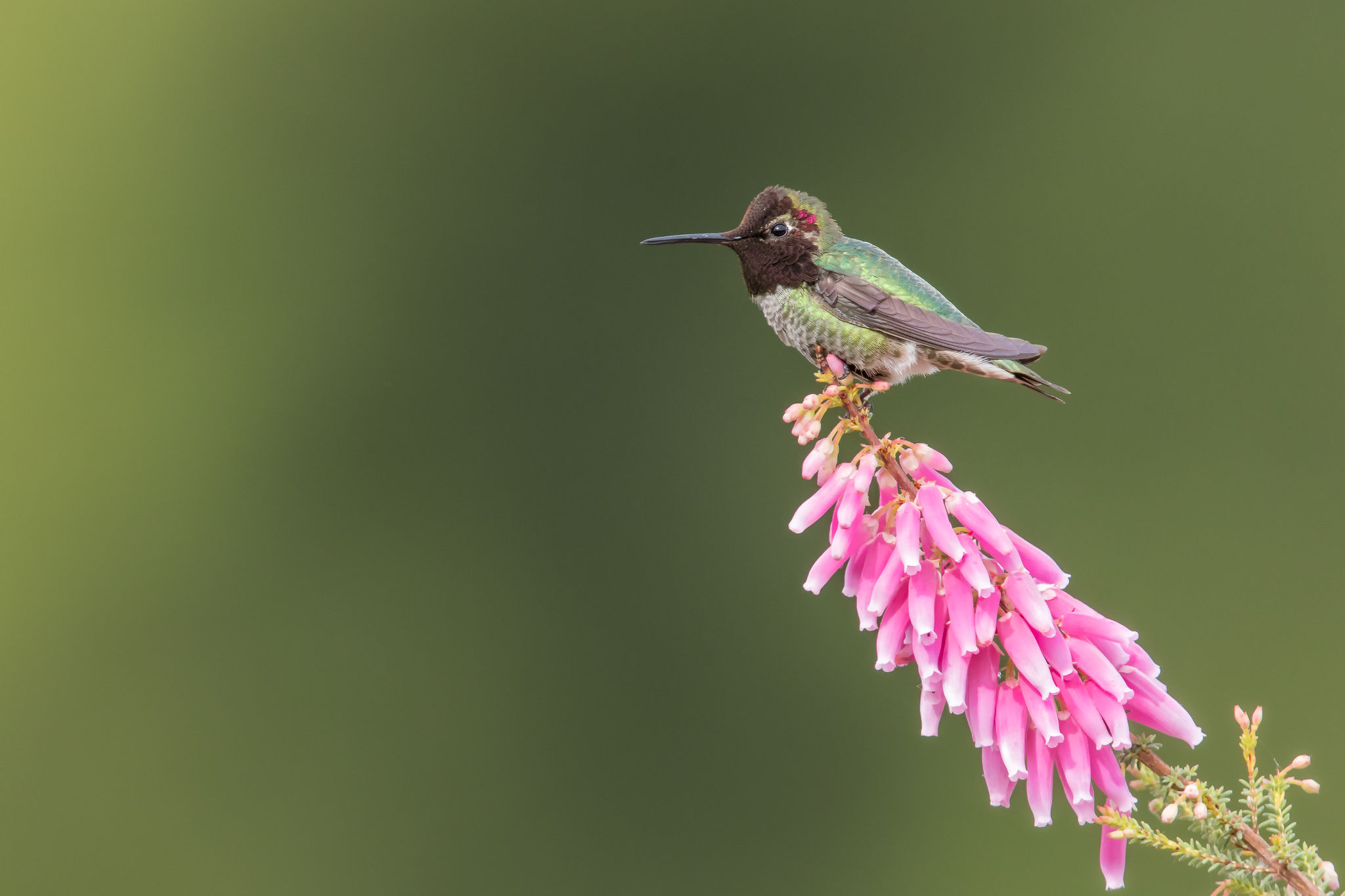 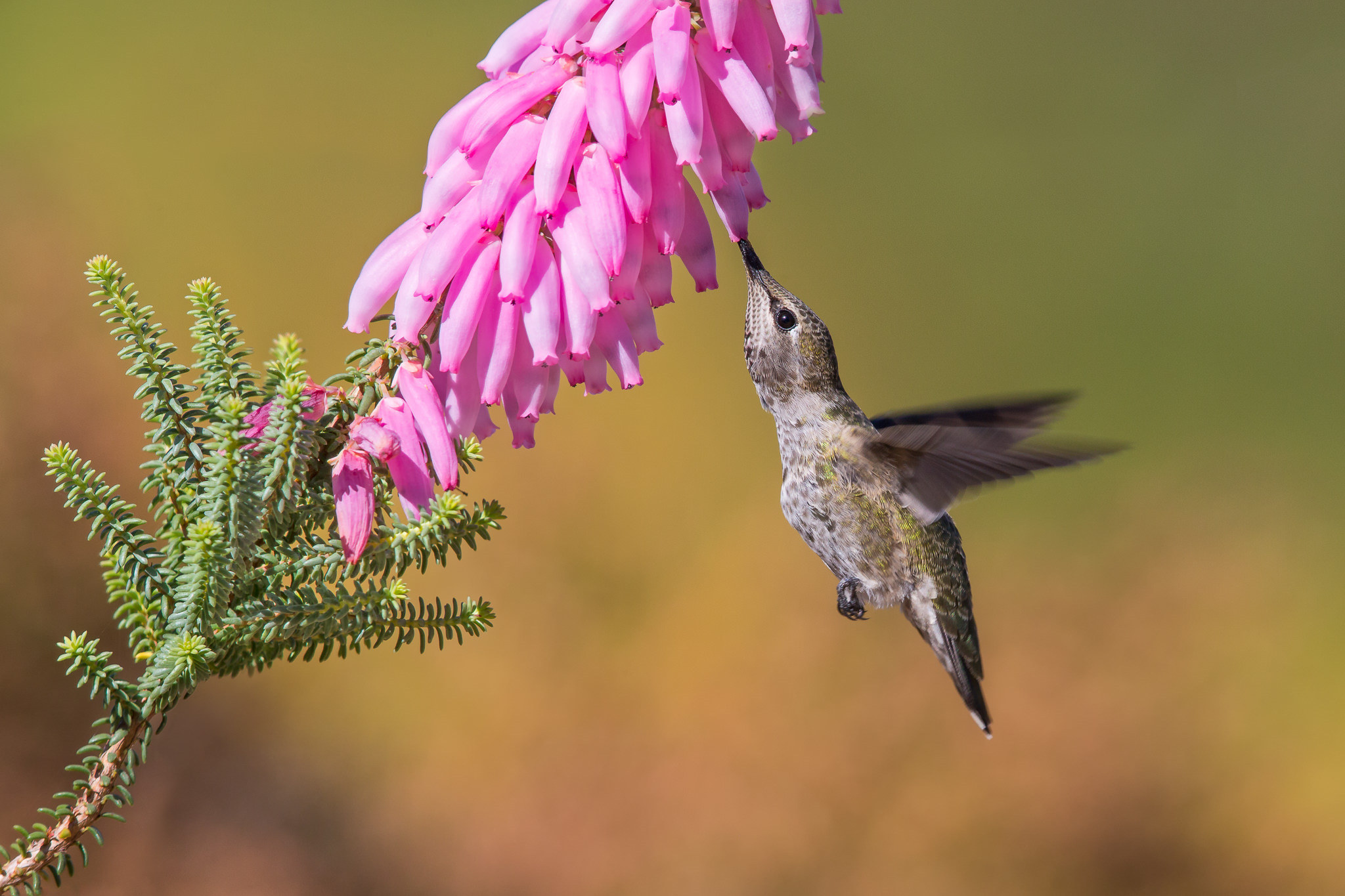 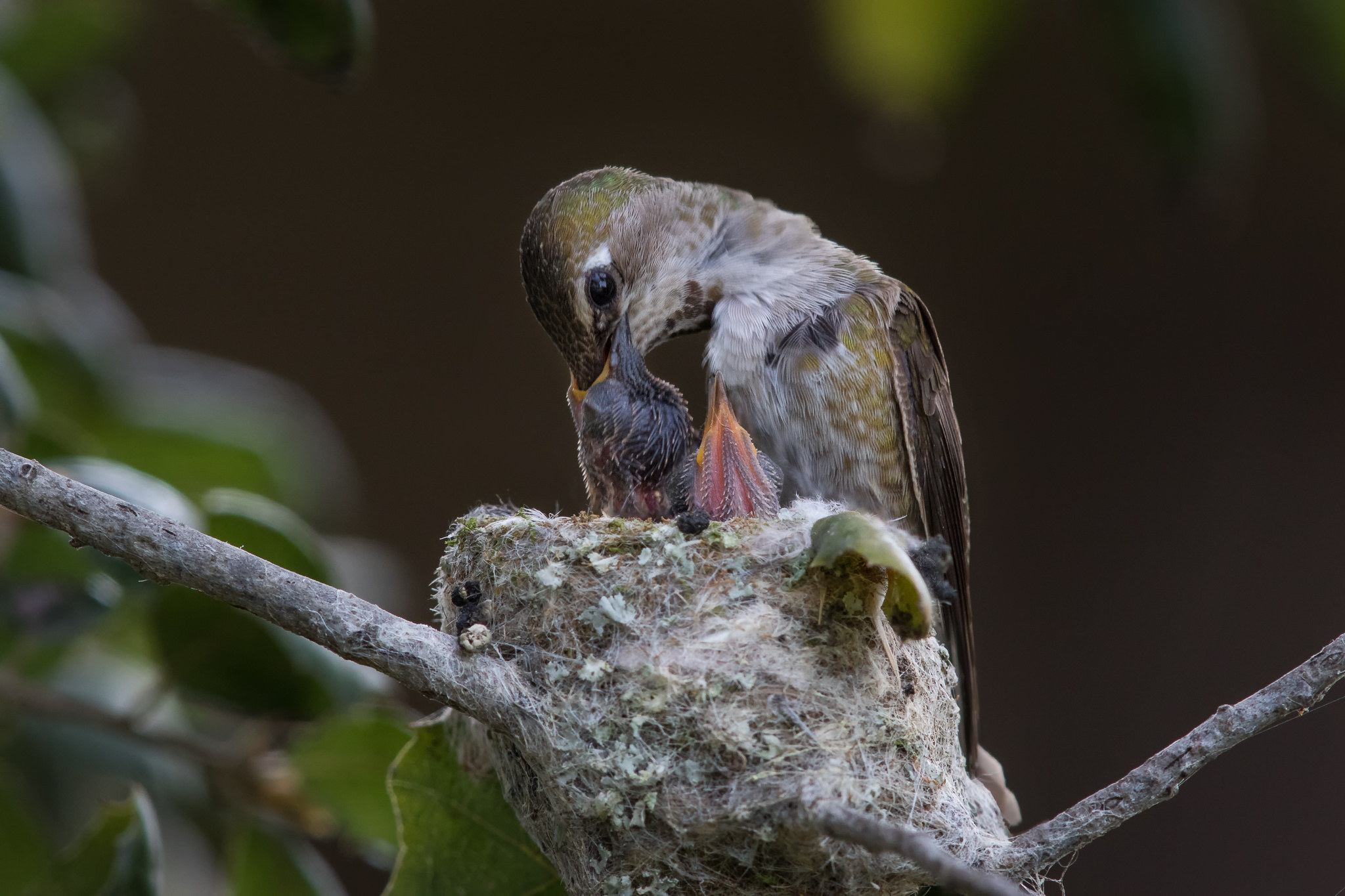