The scarlet macaw (Ara macao) is a large, red, yellow and blue South American parrot, a member of a large group of Neotropical parrots called macaws. It is native to humid evergreen forests of tropical South America. Range extends from extreme south-eastern Mexico to Amazonian Peru,Colombia, Bolivia, Venezuela and Brazil in lowlands up to 500 m (1,640 ft) (at least formerly) up to 1,000 m (3,281 ft). It has suffered from local extinction through habitat destruction and capture for the parrot trade, but locally it remains fairly common. Formerly it ranged north to southern Tamaulipas. It can still be found on the island of Coiba. It is the national bird of Honduras.
The scarlet macaw (Ara macao Linnaeus 1758) is a member of the genus Ara (Lacepede, 1799), one of 6 generation of Central and South American macaws. Carolus Linnaeus described and named the scarlet macaw in his Systemae Naturae in 1758. Protonym: Psittacus macao. 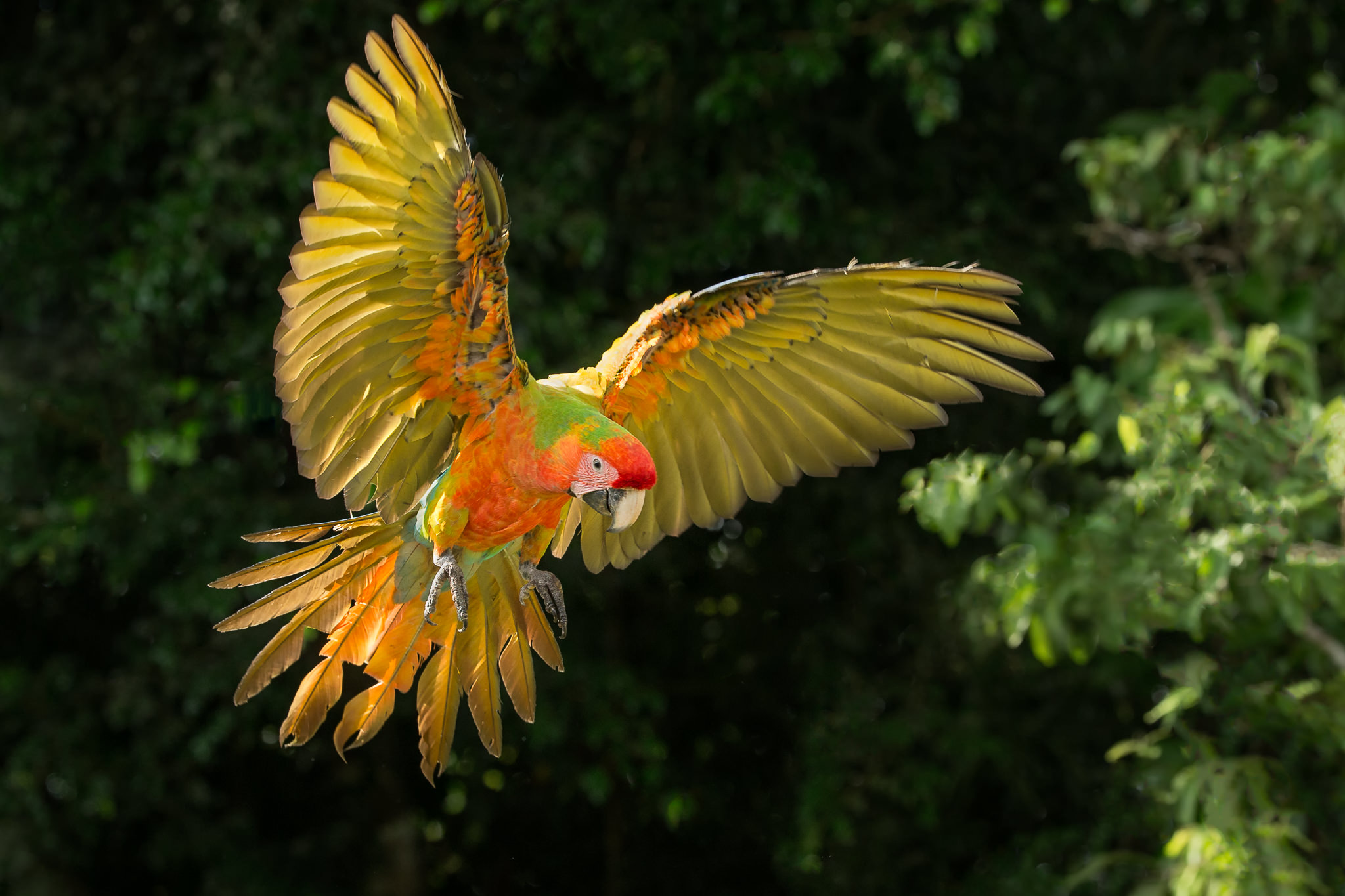 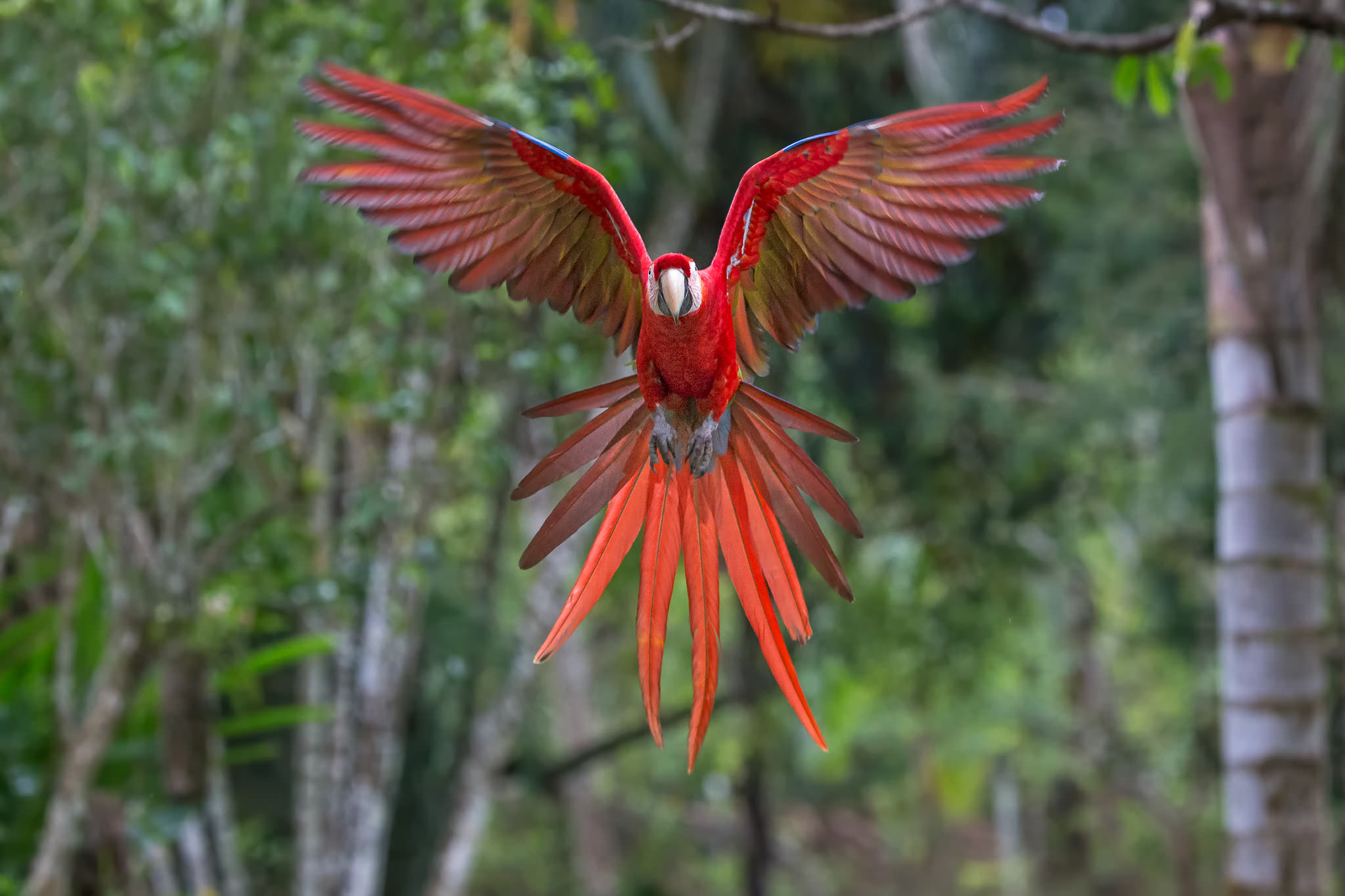 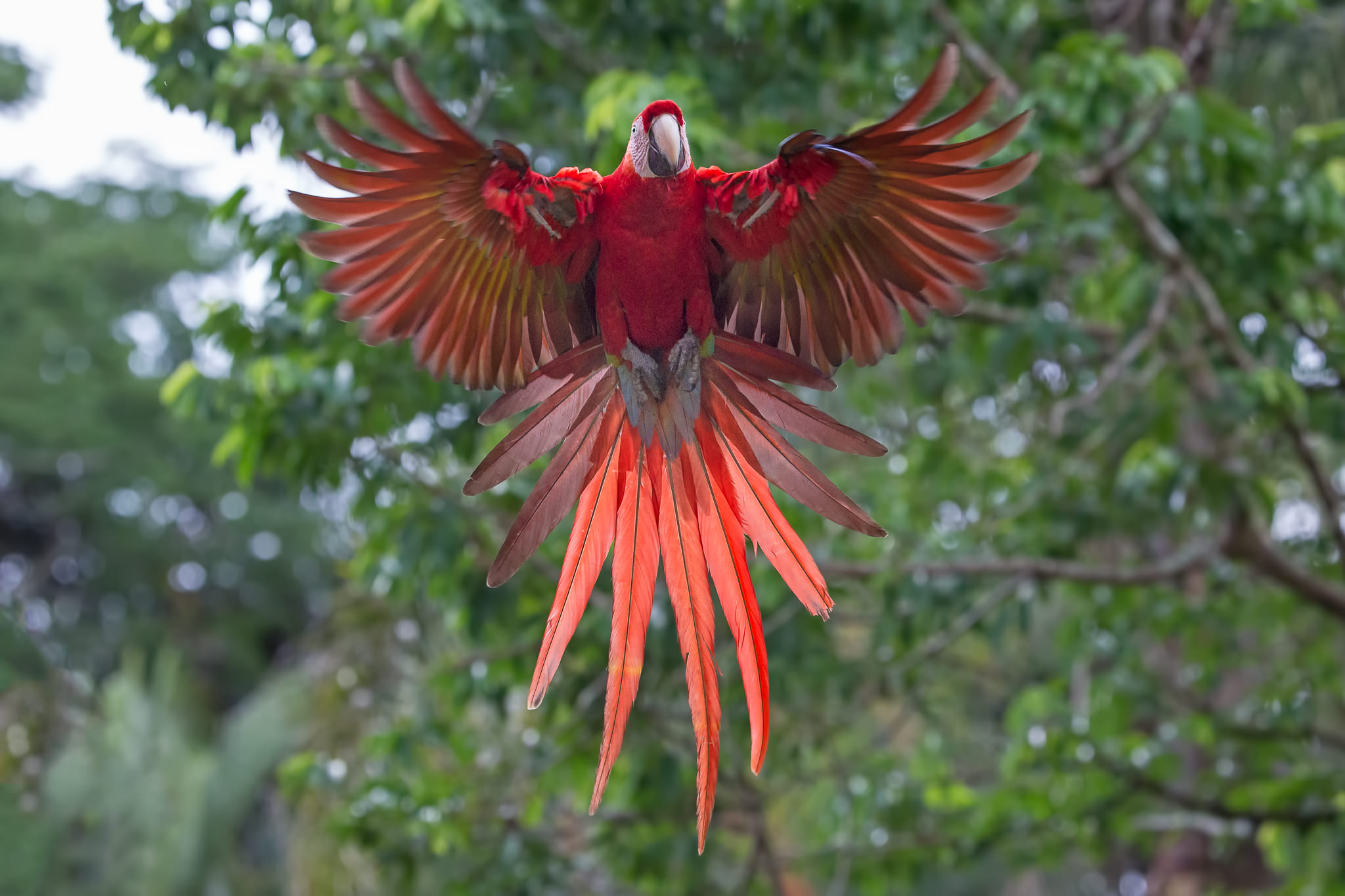 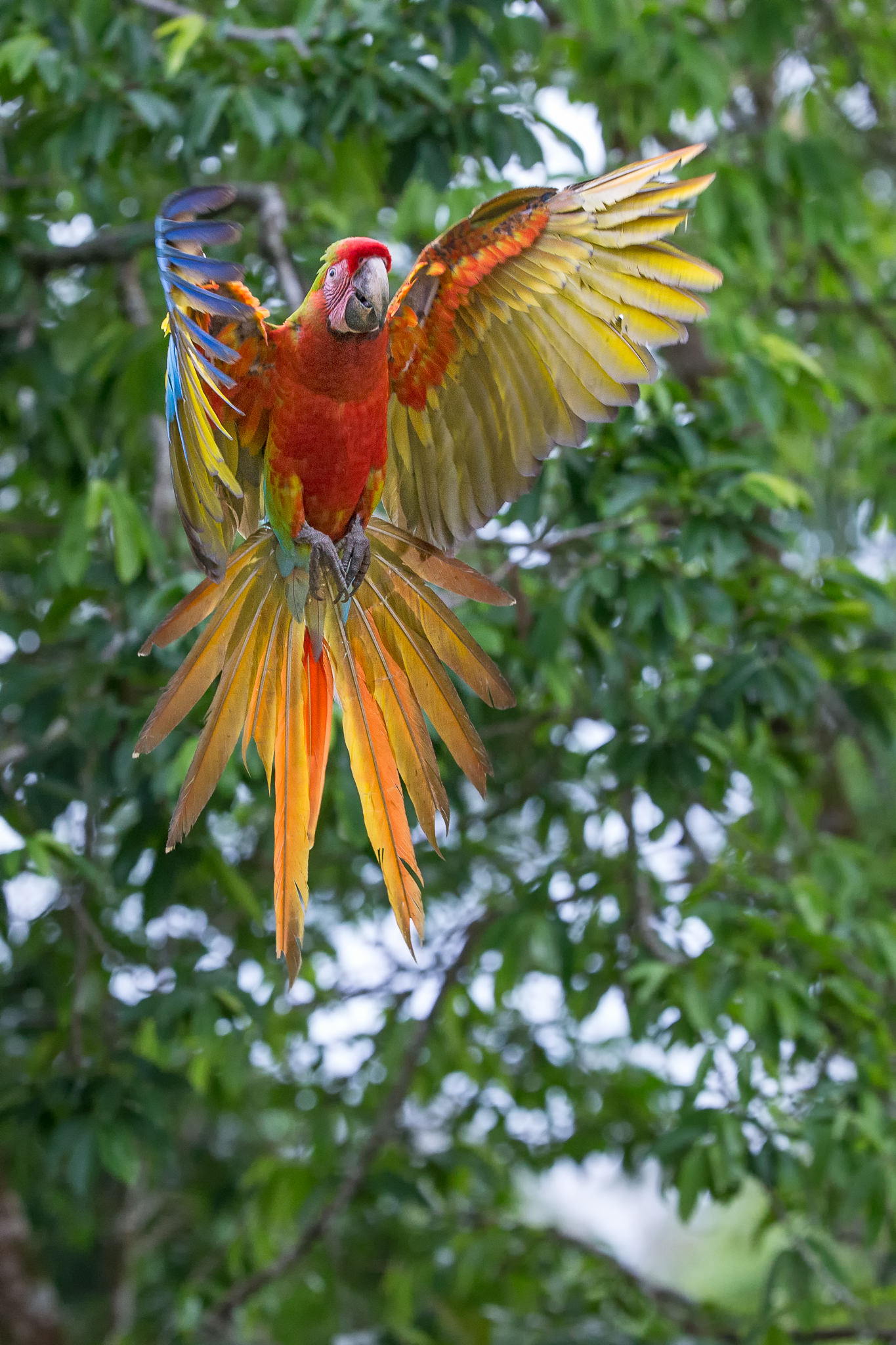