The black-browed barbet or Müller’s barbet (Megalaima oorti) is a bird belonging to the Asian barbet family, Megalaimidae.

It is 20-23.5 cm long. The plumage is mostly green apart from the head which is patterned with blue, yellow and red. There is a black stripe above the eye. The bill is black and the feet are grey-green.

It has a scattered distribution in south-eastern Asia. The subspecies M. o. oorti occurs in Sumatra and the Malay Peninsula. M. o. annamensis is found in eastern Cambodia, southern Laos and south-central Vietnam; it is sometimes treated as a separate species, the Indochinese barbet. Three further subspecies of black-browed barbet are now commonly treated as two separate species: the Chinese barbet (M. faber) of southern China (M. f. sini in Guangxi and M. f. faber in Hainan) and the Taiwan barbet (M. nuchalis) of Taiwan.

It inhabits tropical and subtropical forests. It forages in the upper and middle levels of the canopy. It excavates a nest hole in a tree but little else is known about its breeding habits. 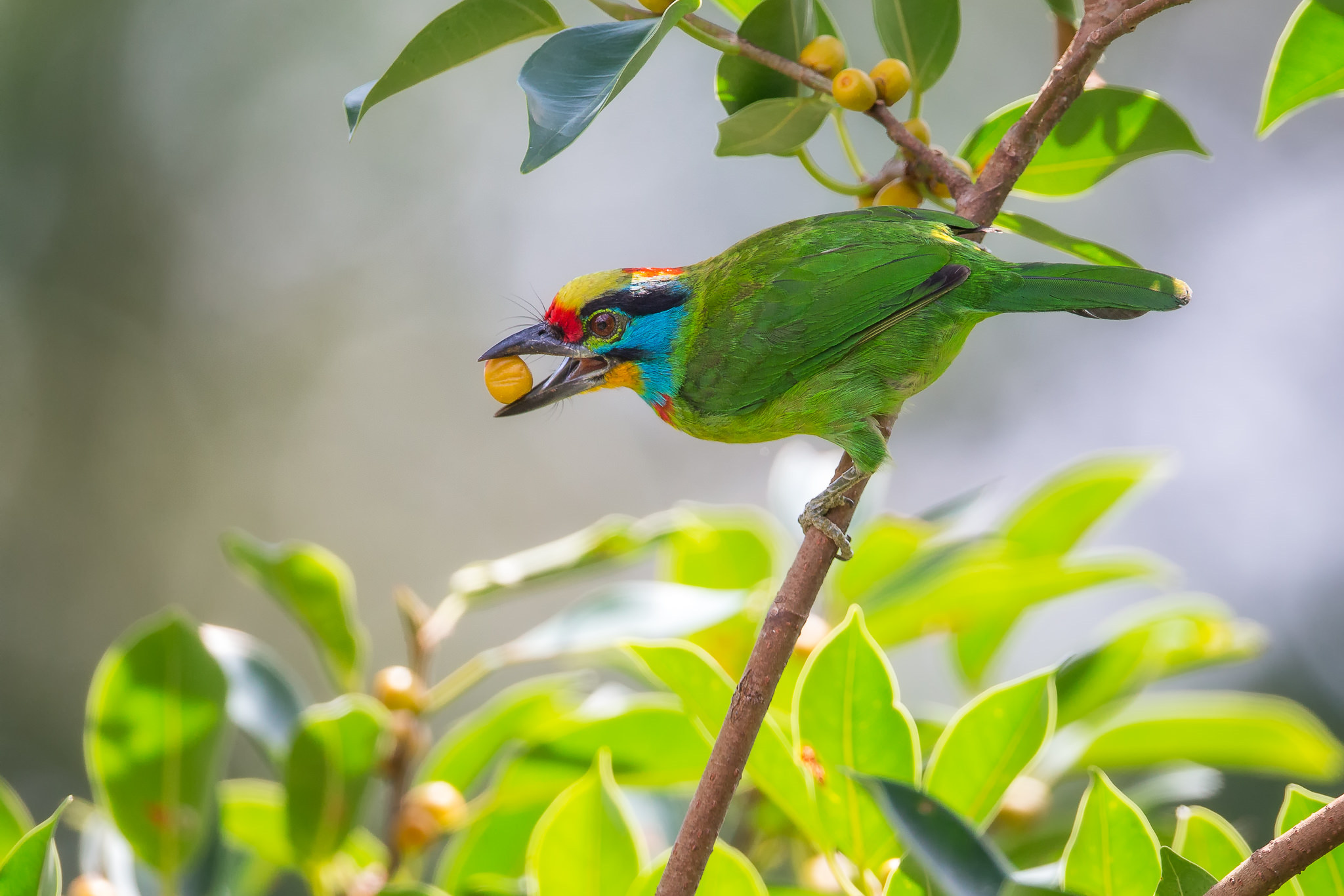