The brahminy kite (Haliastur indus) also known as the red-backed sea-eagle in Australia, is a medium-sized bird of prey in the family Accipitridae, which also includes many other diurnal raptors, such as eagles, buzzards, and harriers. They are found in the Indian subcontinent, Southeast Asia, and Australia. They are found mainly on the coast and in inland wetlands where they feed on dead fish and other prey. Adults have a reddish brown plumage and a contrasting white head and breast which makes them easy to distinguish from other birds of prey.

The brahminy kite is distinctive and contrastingly coloured, with chestnut plumage except for the white head and breast and black wing tips. The juveniles are browner, but can be distinguished from both the resident and migratory races of black kites in Asia by the paler appearance, shorter wings, and rounded tail. The pale patch on the underwing carpal region is of a squarish shape and separated from Buteo buzzards.
The brahminy kite is about the same size as the black kite (Milvus migrans) and has a typical kite flight, with wings angled, but its tail is rounded unlike the Milvus species, red kite, and black kite, which have forked tails. 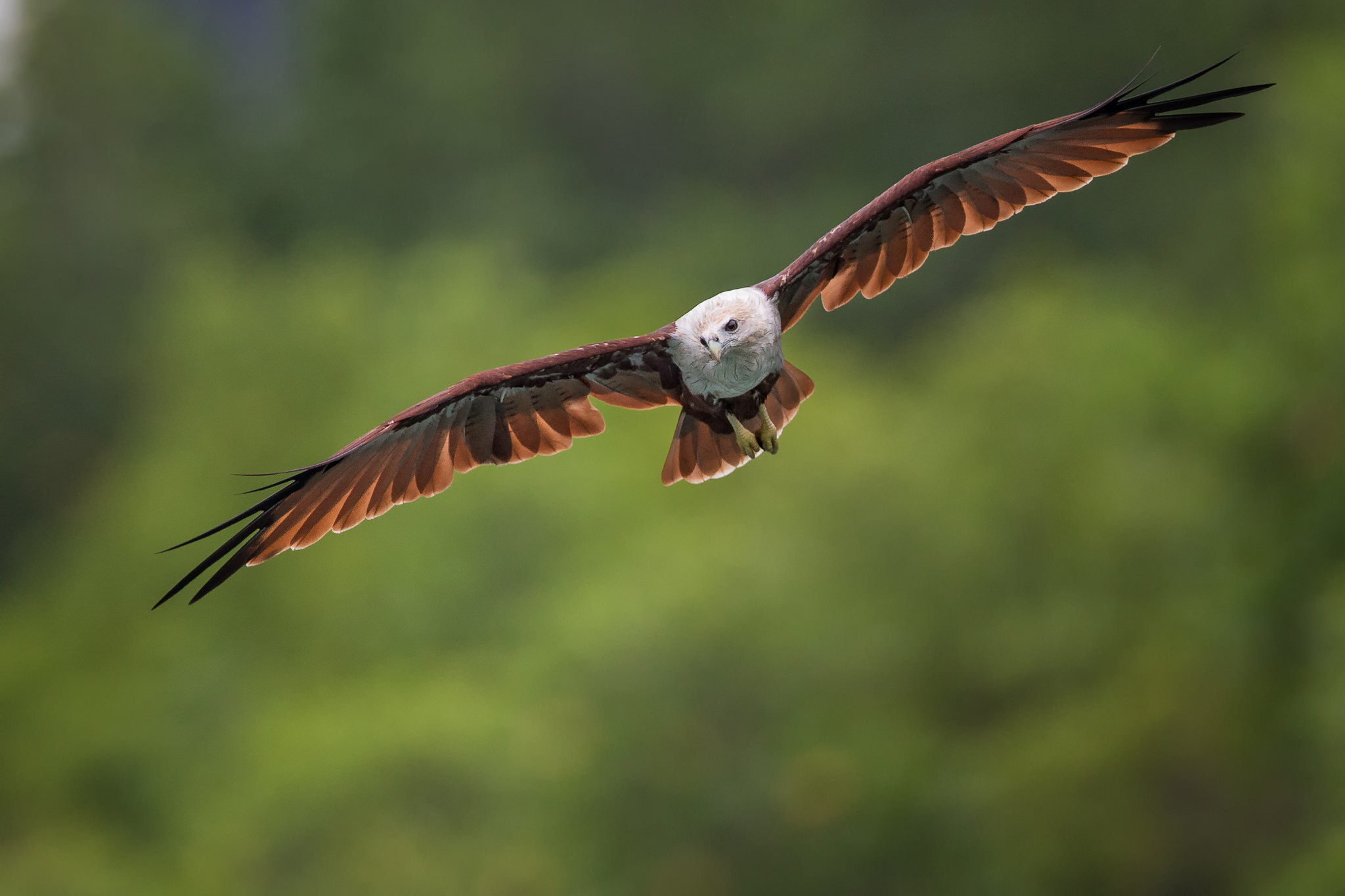 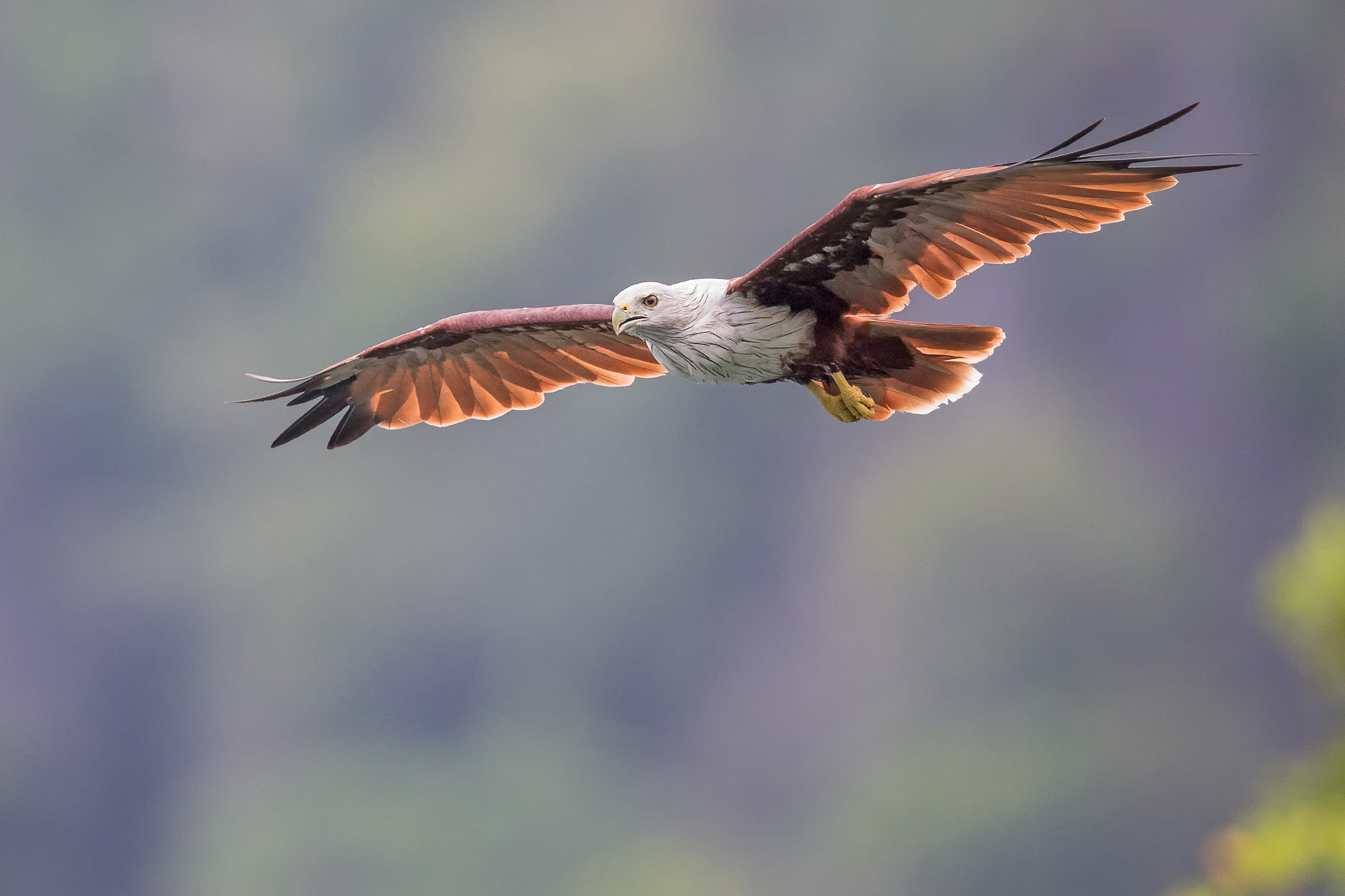 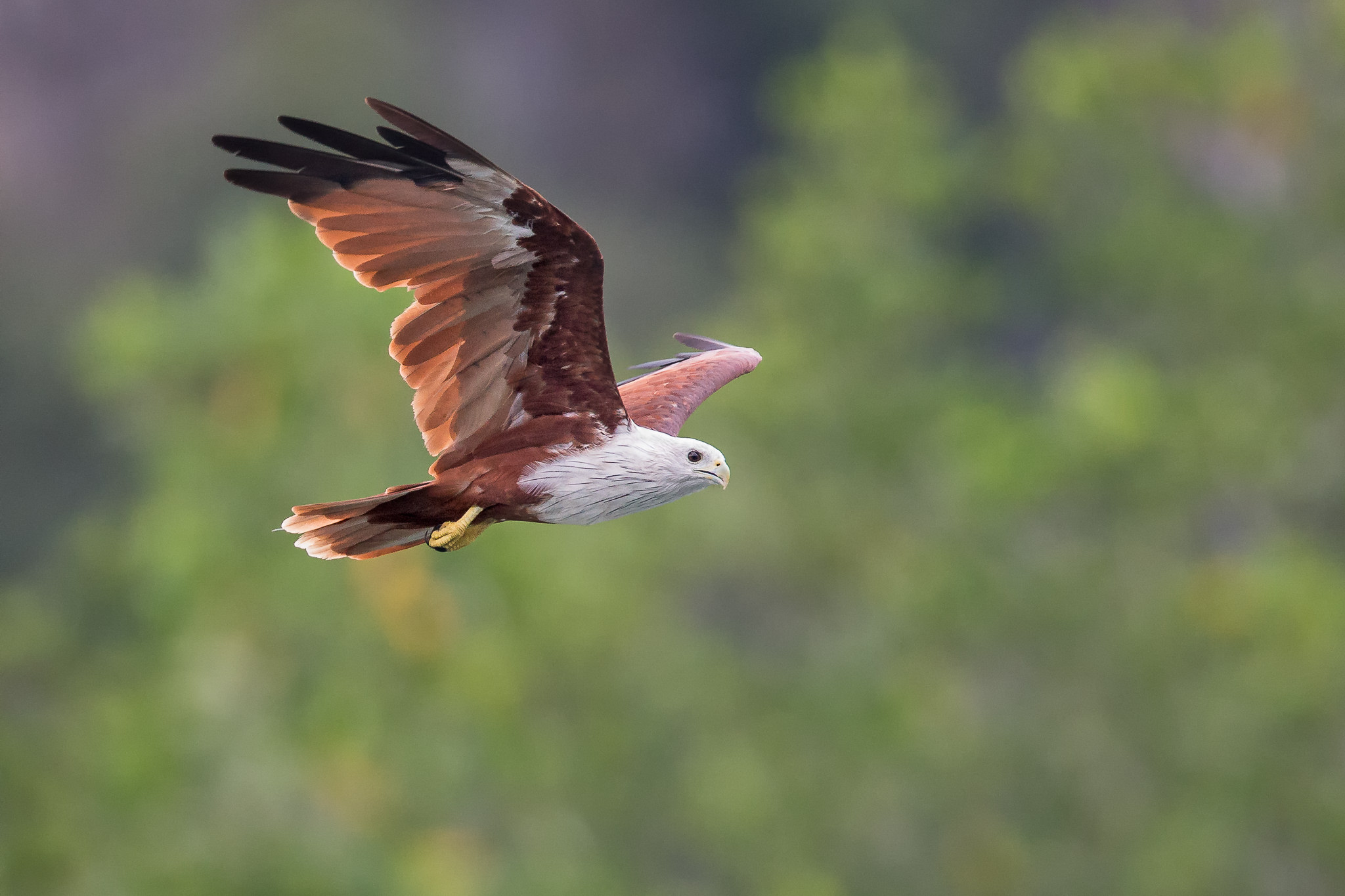 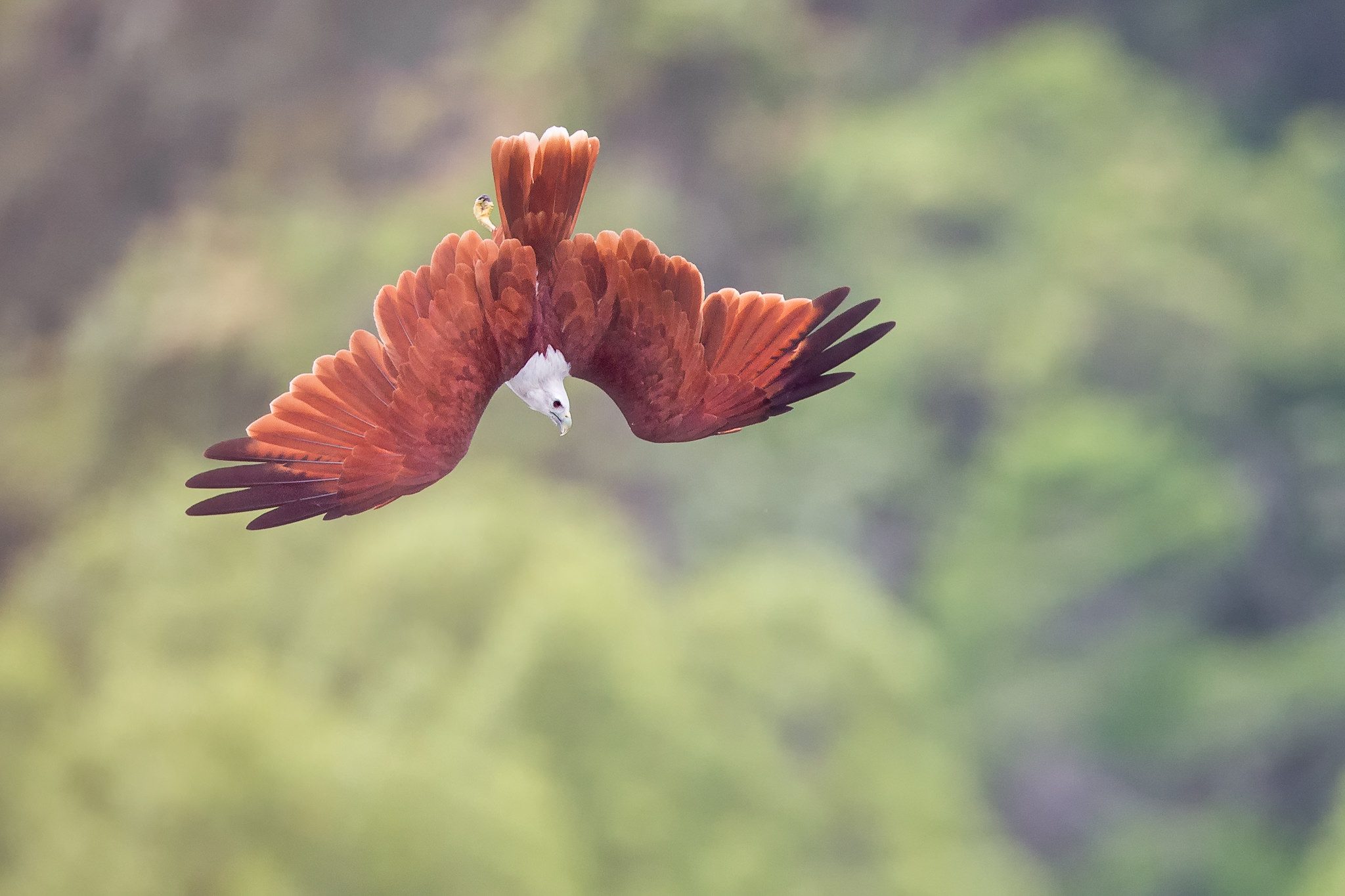 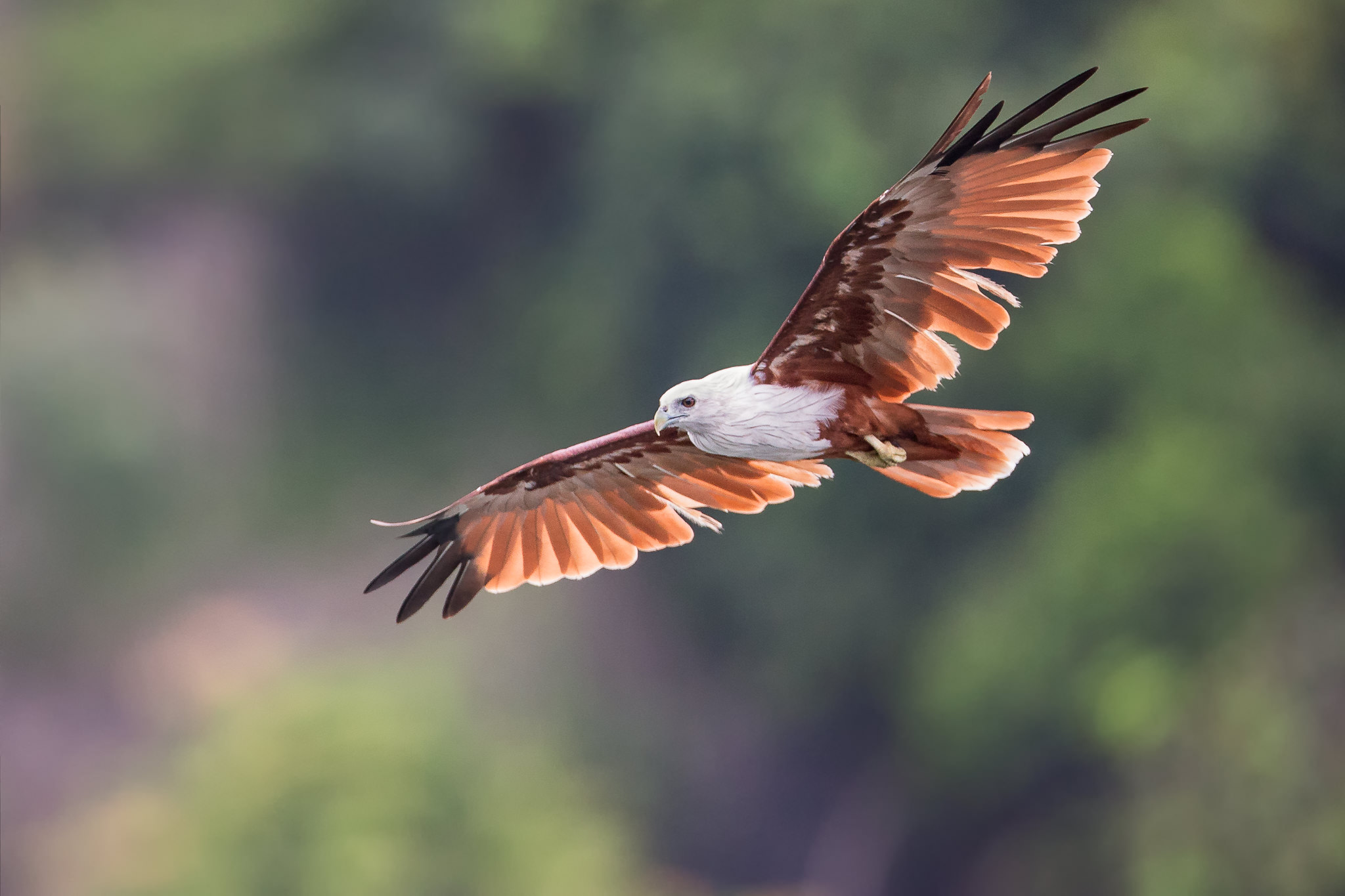 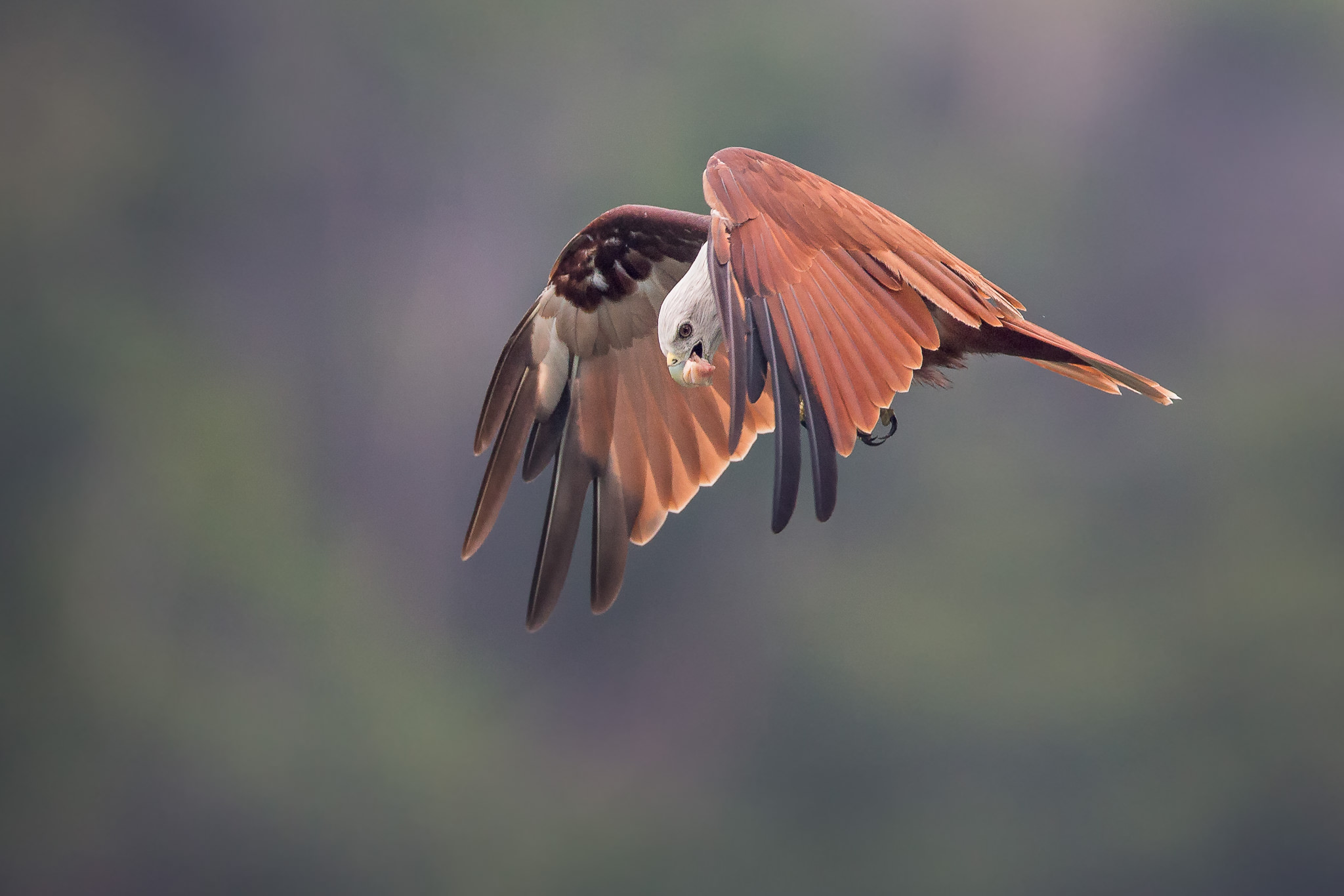 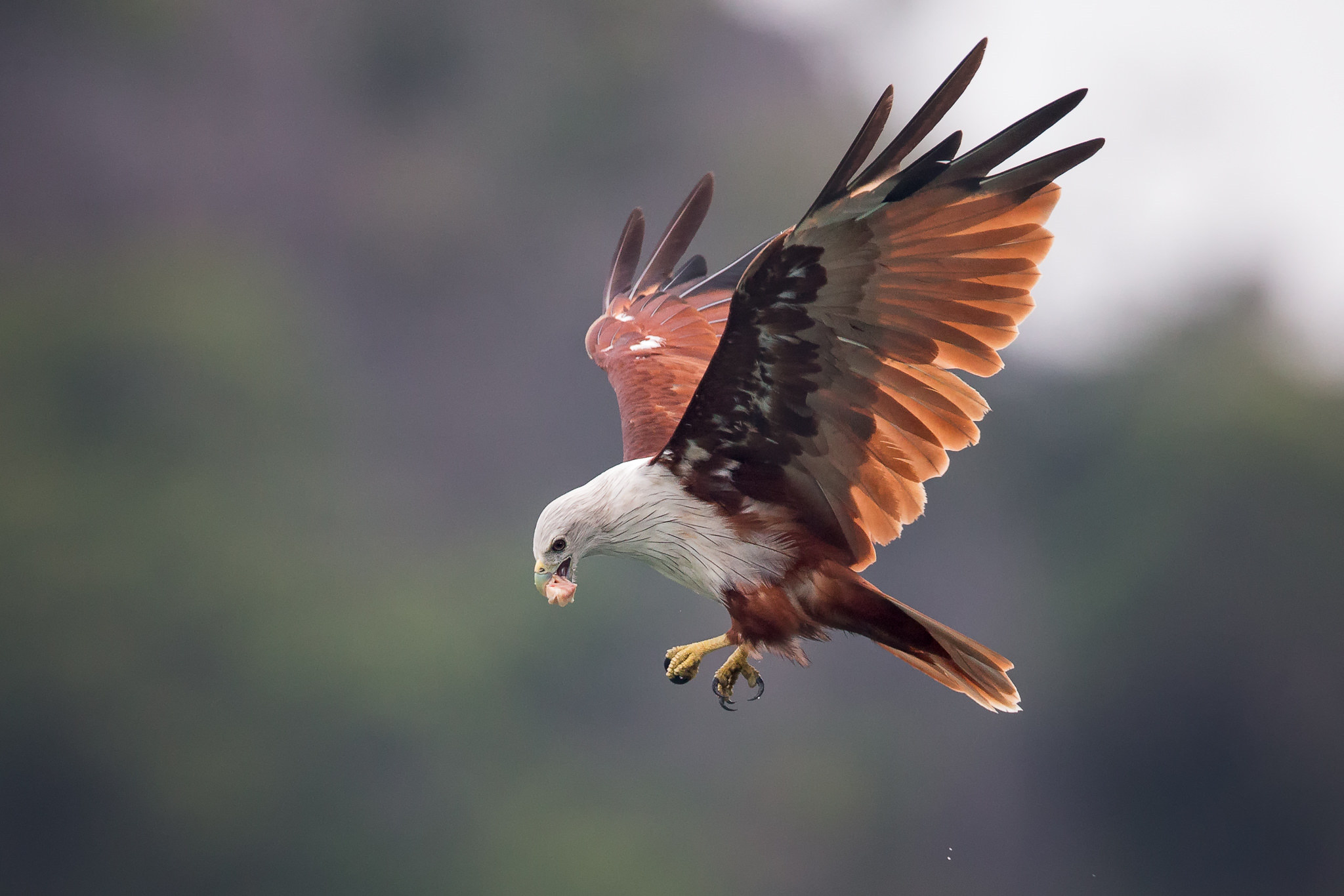