Clark’s grebe (Aechmophorus clarkii) is a North American species in the grebe family. Until the 1980s, it was thought to be a pale morph of the western grebe, which it resembles in size, range, and behavior. Intermediates between the two species are known.

The “Clark” of its common name—and its specific epithet “clarkii”—honor John Henry Clark, a 19th-century American surveyor who was also a naturalist and collector. The genus name Aechmophorus comes from the Ancient Greek words “aichme”, meaning spear, and “phoros”, meaning someone who bears things around; it refers to the bird’s long, daggerlike beak.

This species nests on large inland lakes in western North America and migrates to the Pacific coast in winter. It maintains local populations year-round in California, Nevada, Arizona-(the Lower Colorado River Valley), and central Mexico. It feeds by diving for carp, herring, mollusks, crabs, and salamanders.

It performs the same elaborate courtship display as the western grebe.

Clark’s grebe is black-and-white and has long slender neck. It ranges in size from 22–29 inches (56–74 cm). Among its distinguishing features is its bill, which is slightly upturned and bright yellow, whereas the western grebe’s bill is straight and greenish-yellow. It shows white around its eyes, whereas black appears around the eyes of the western grebe. The downy young are white, not gray. 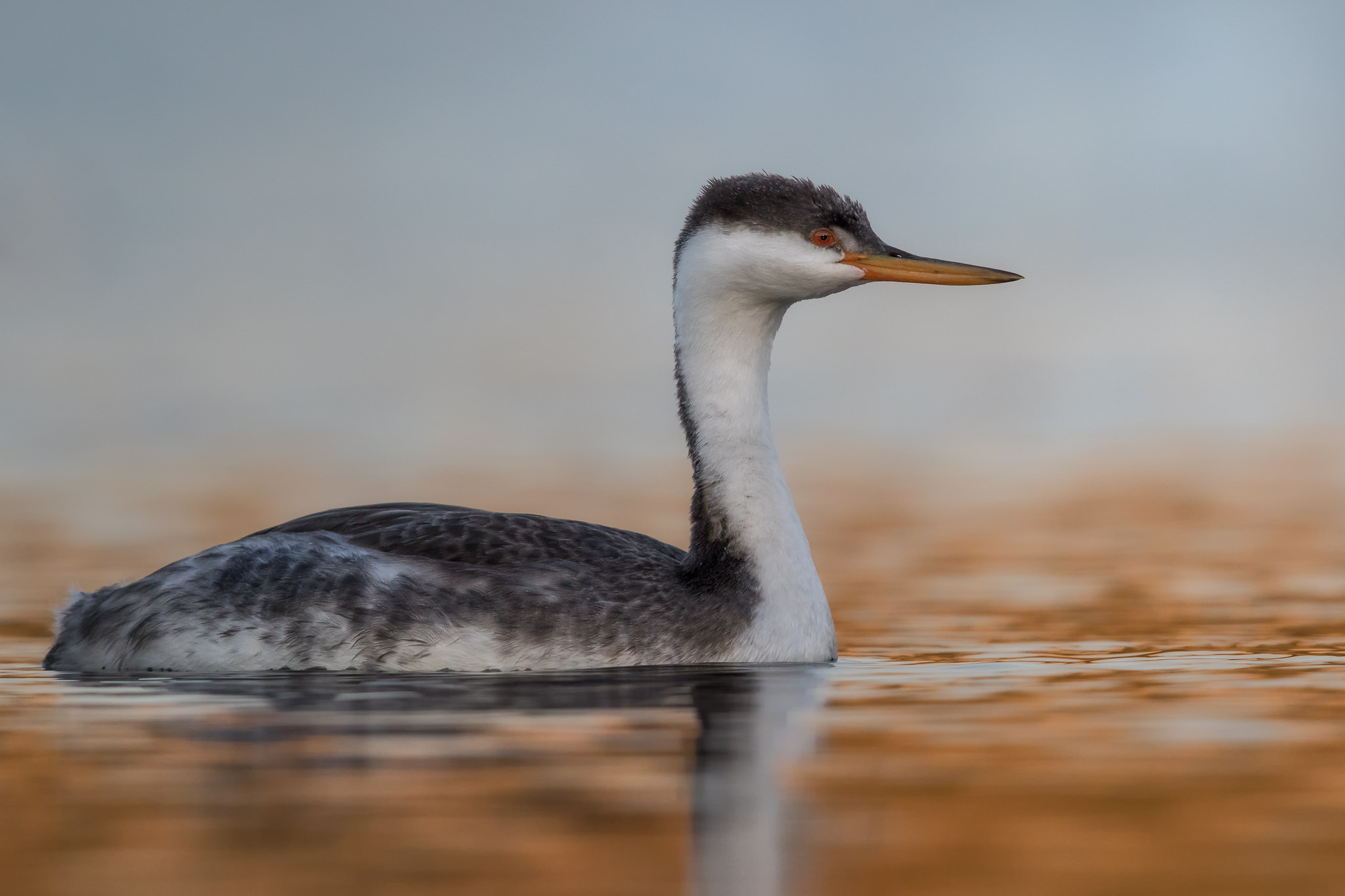 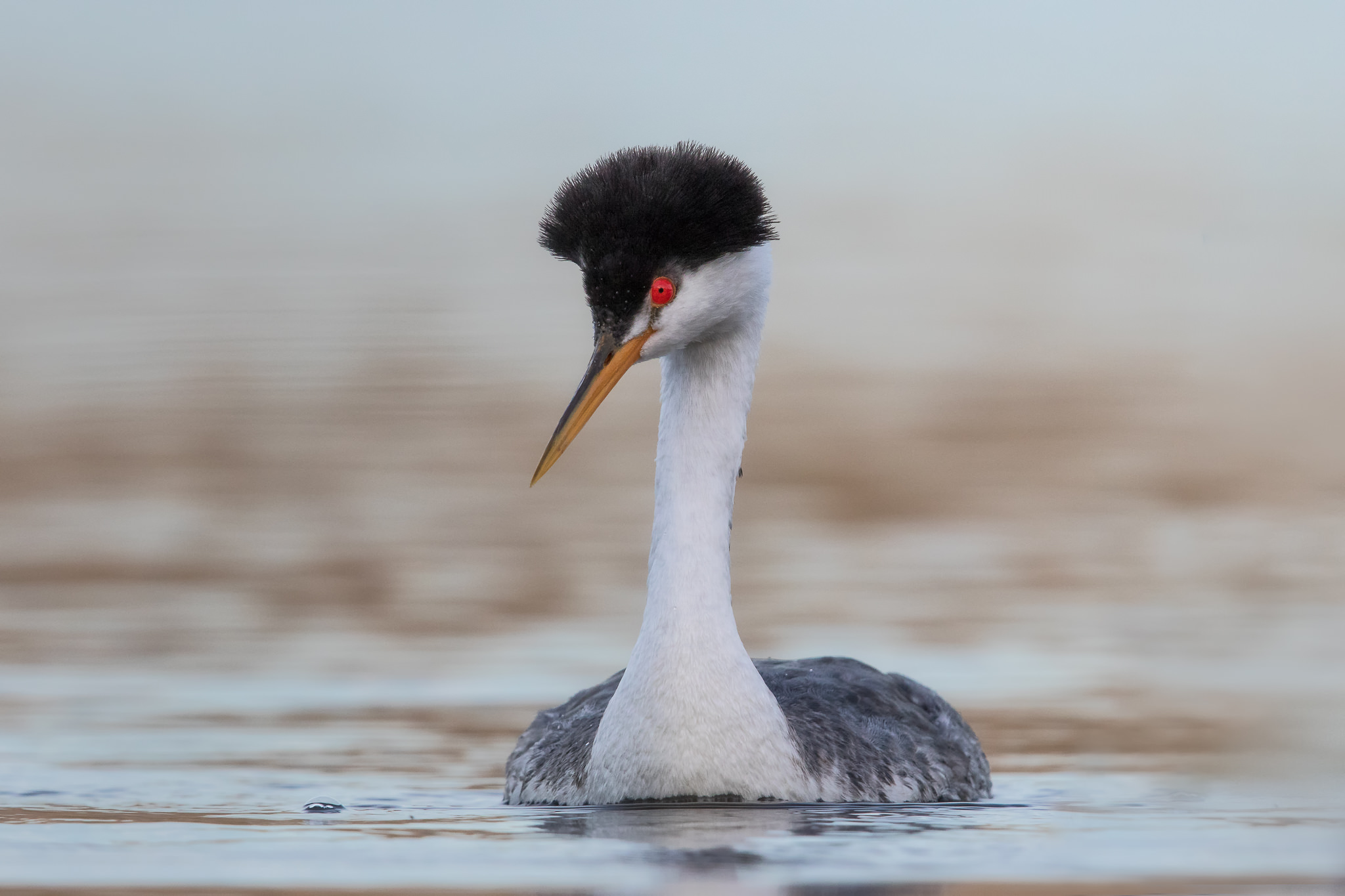 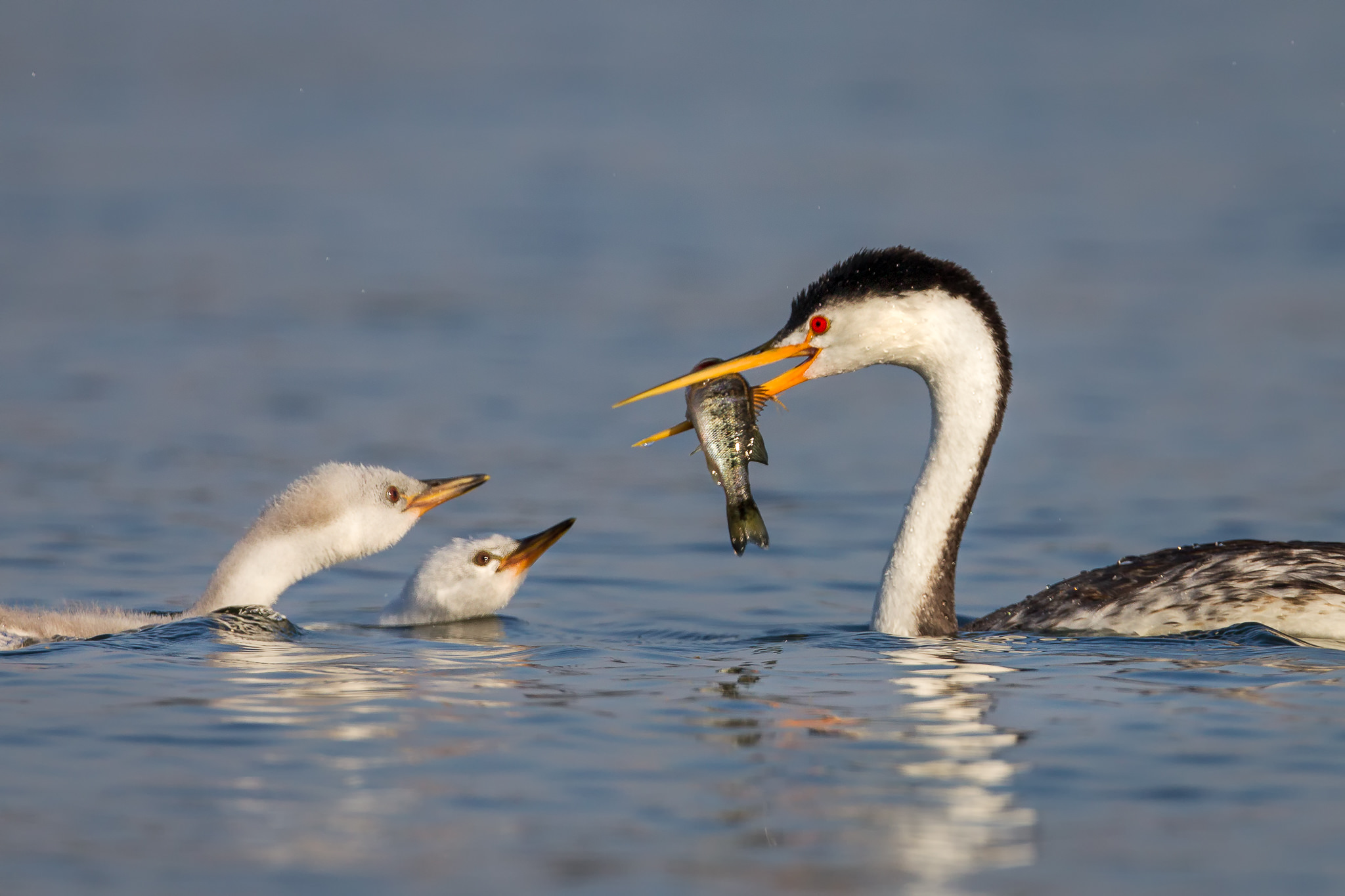 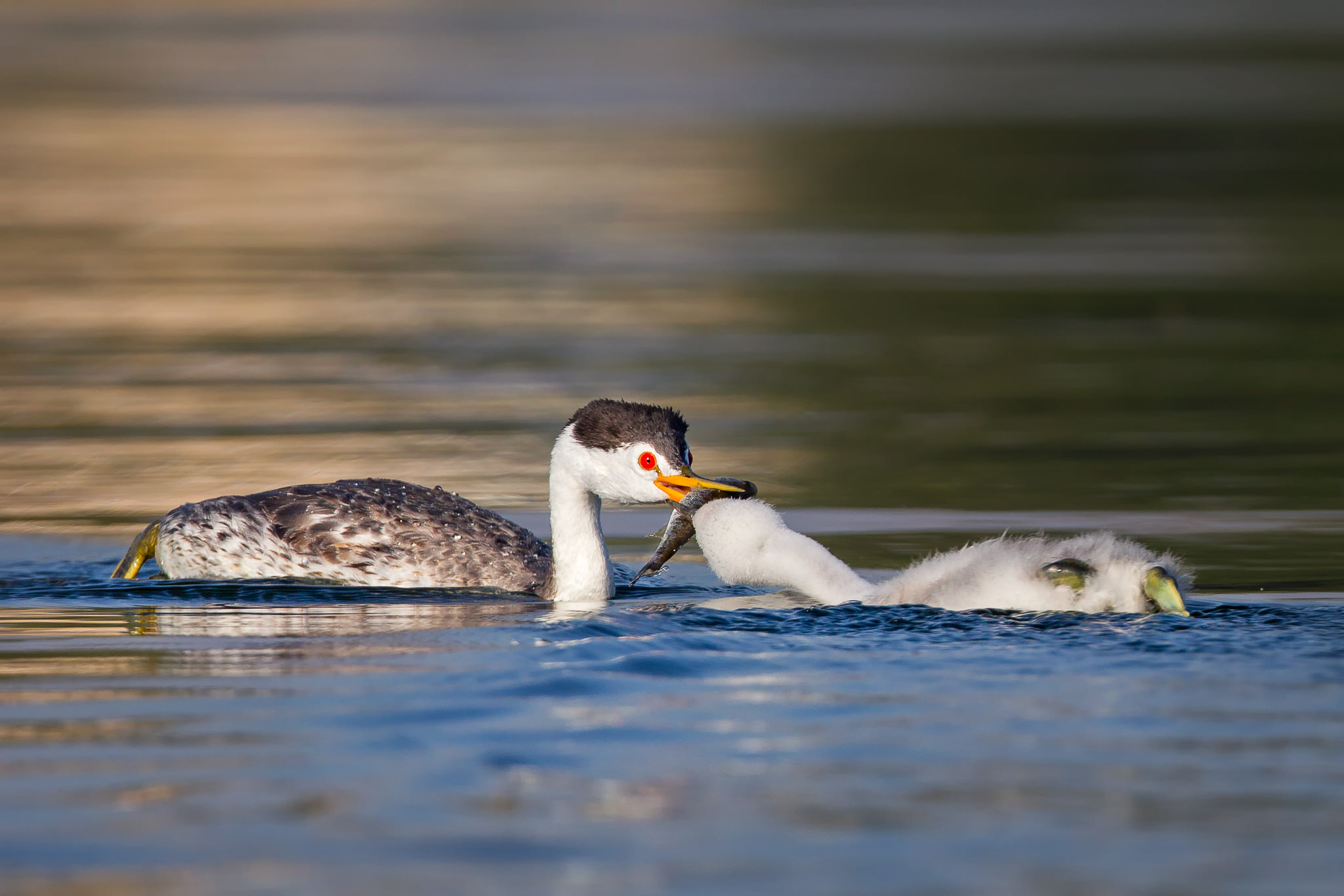