The bluebirds are a group of medium-sized, mostly insectivorous or omnivorous bird in the order of Passerines in the genus Sialia of the thrush family (Turdidae). Bluebirds are one of the few thrush genera in the Americas. They have blue, or blue and rose beige, plumage. Female birds are less brightly colored than males, although color patterns are similar and there is no noticeable difference in size between the two sexes.
Species:

Bluebirds are territorial and prefer open grassland with scattered trees. This is similar to the behaviour of many species of woodpecker. Bluebirds can typically produce between two and four broods during the spring and summer (March through August in the Northeastern United States). Males identify potential nest sites and try to attract prospective female mates to those nesting sites with special behaviors that include singing and flapping wings, and then placing some material in a nesting box or cavity. If the female accepts the male and the nesting site, she alone builds the nest and incubates the eggs. 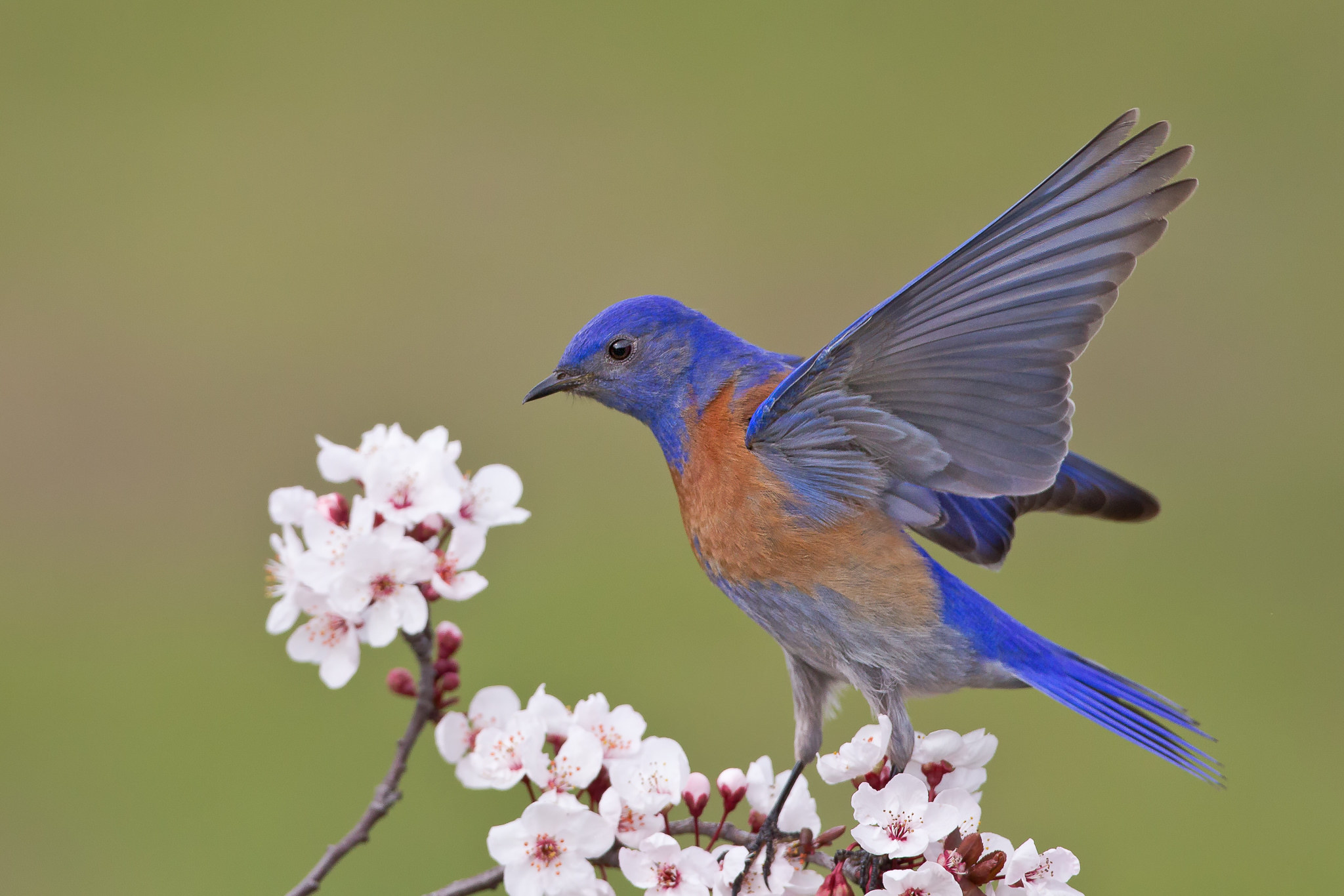 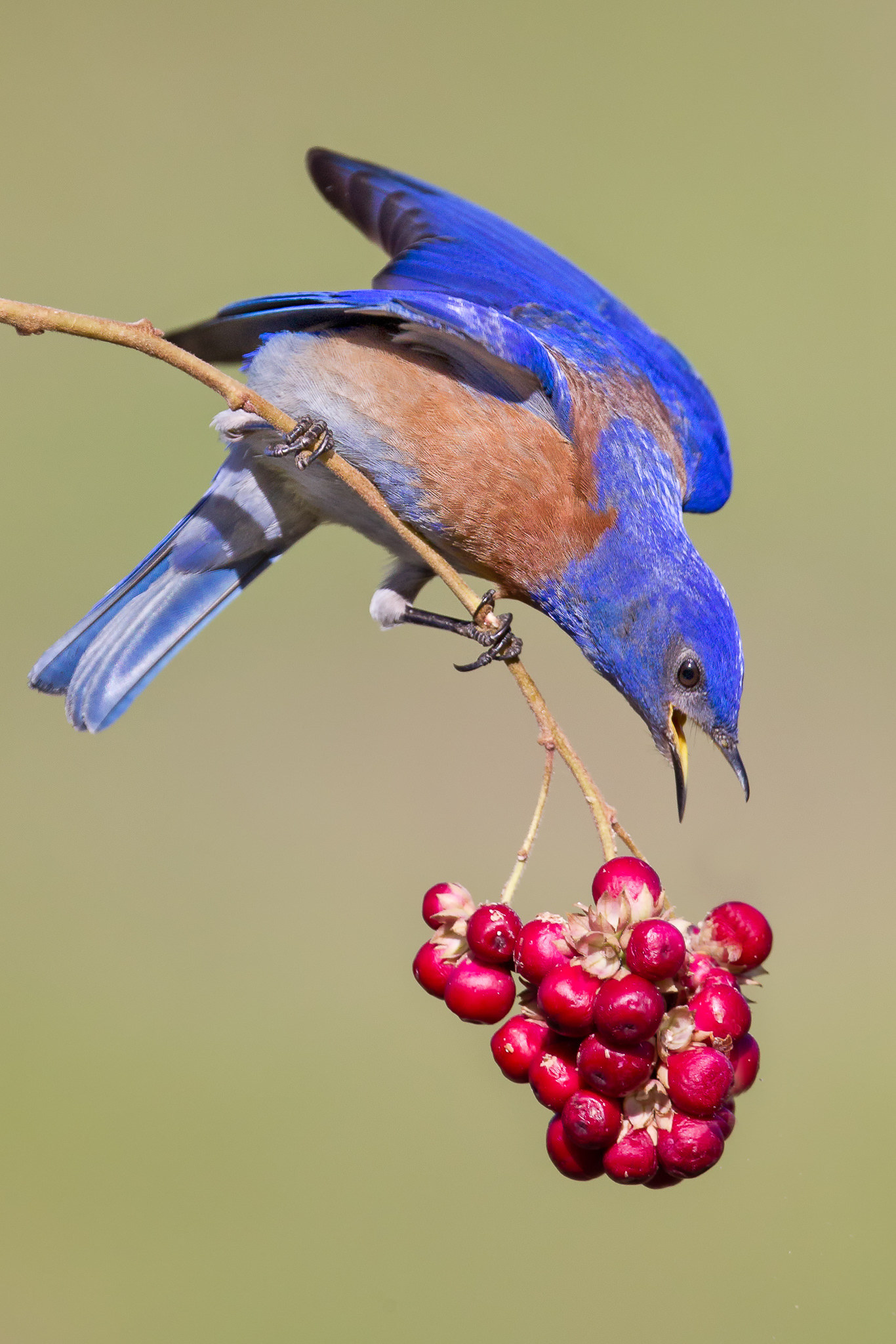 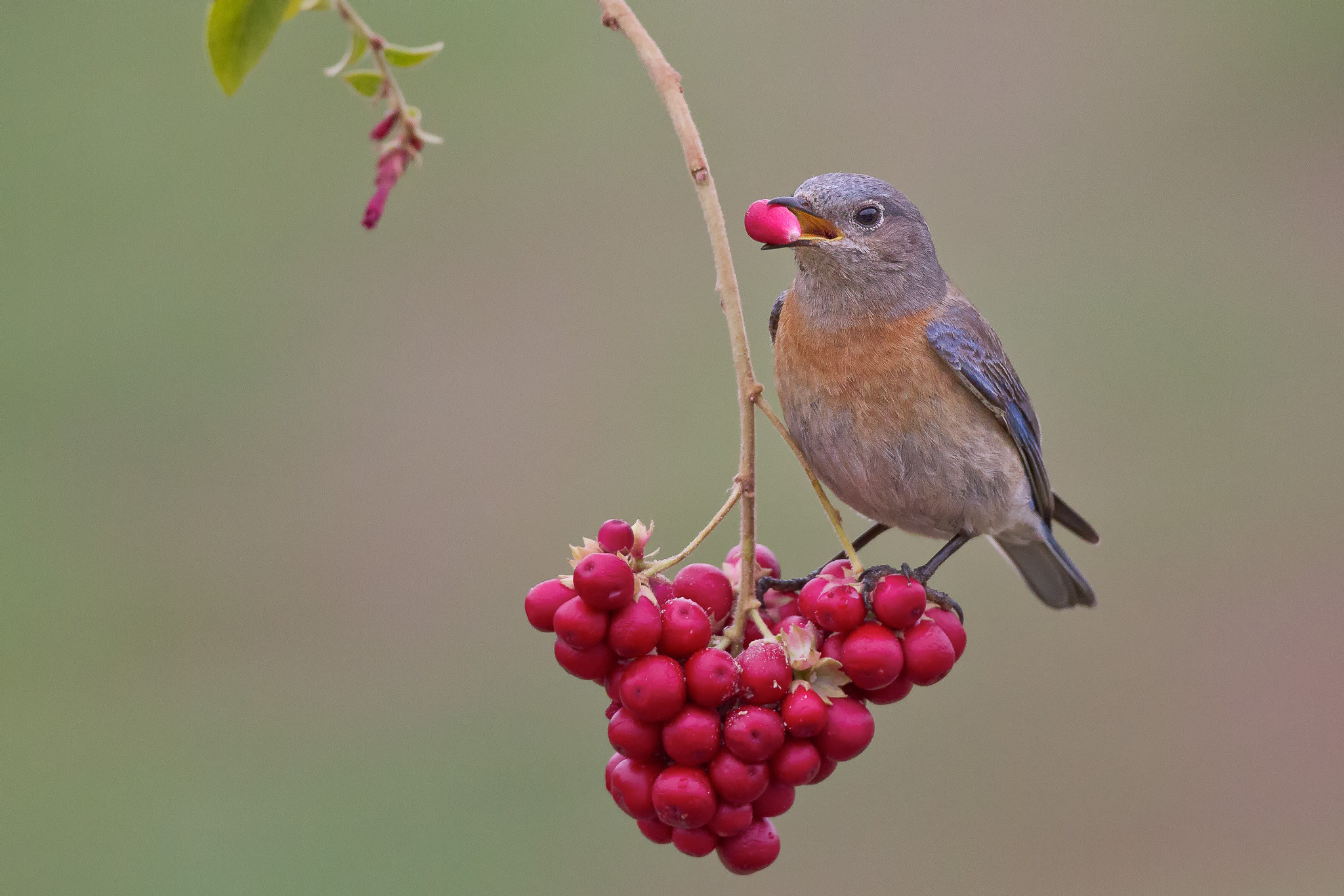 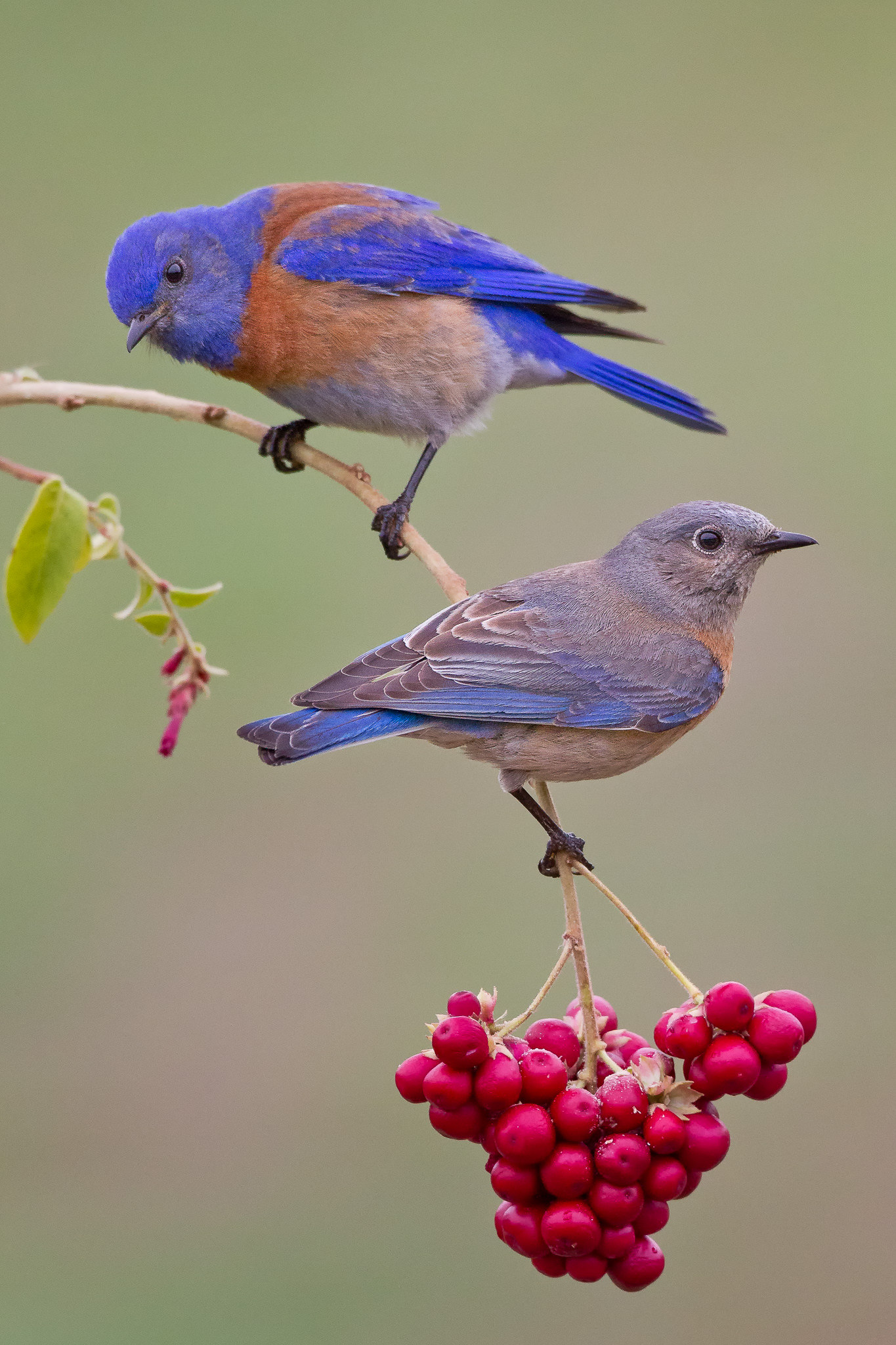 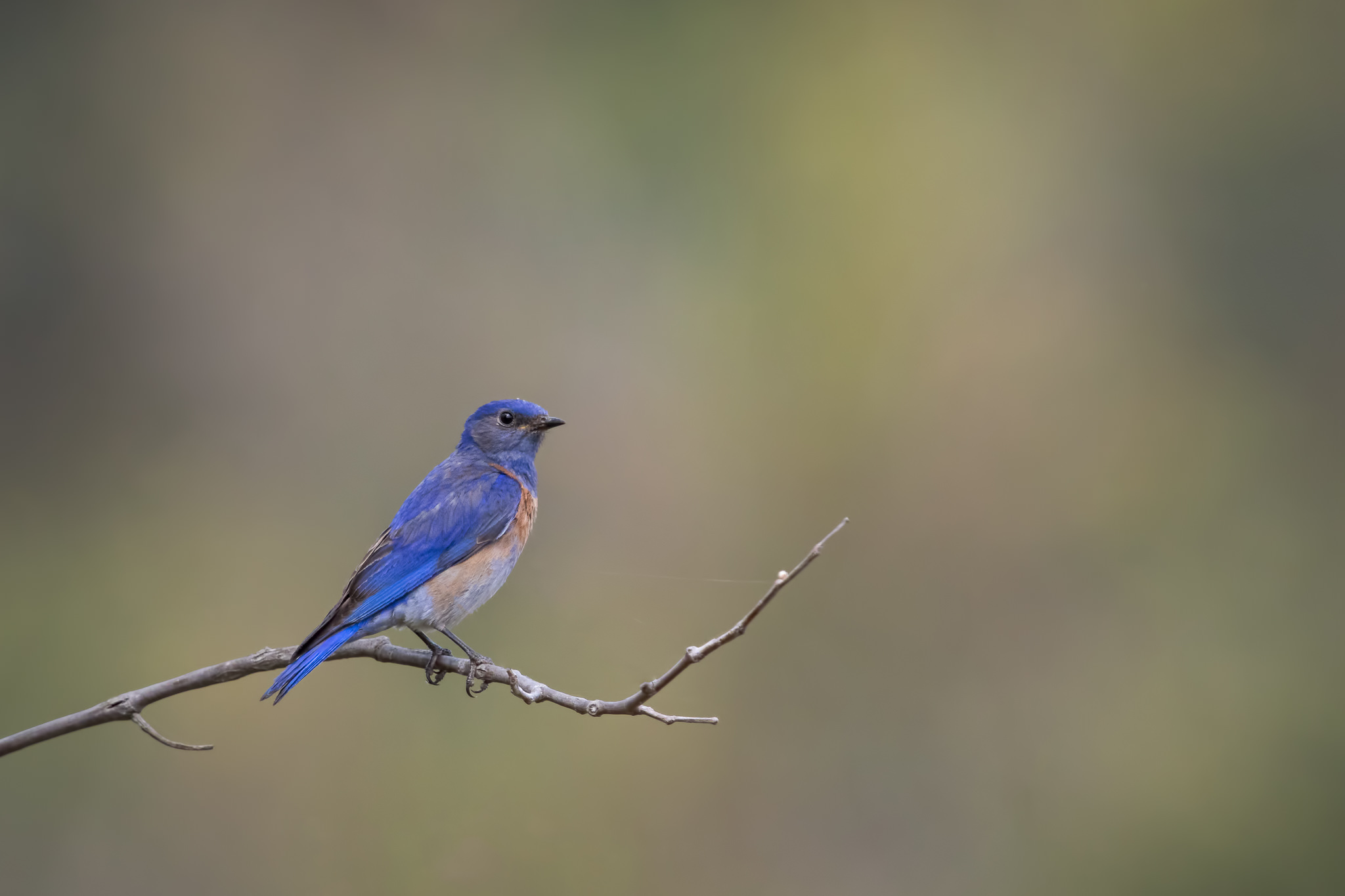 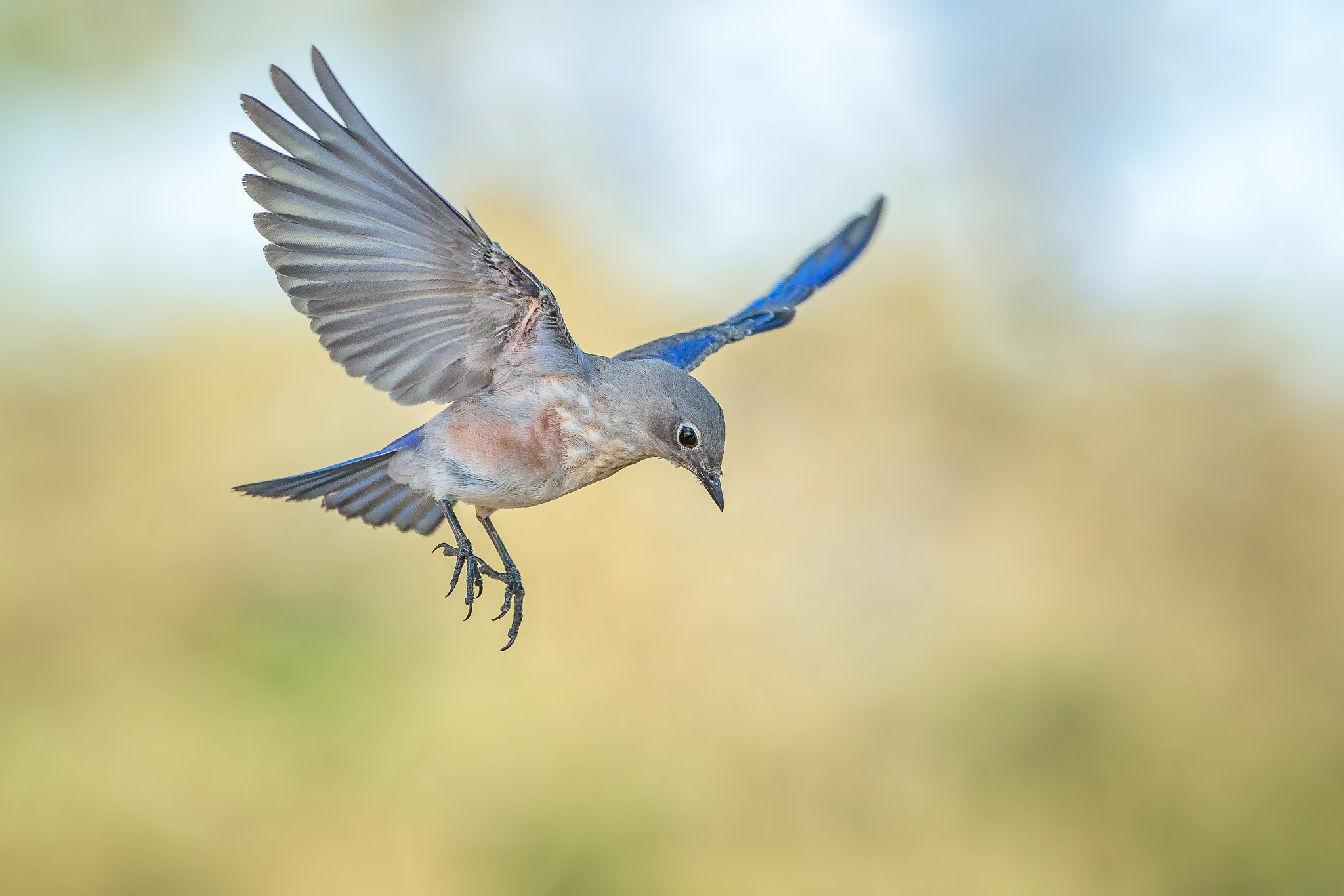 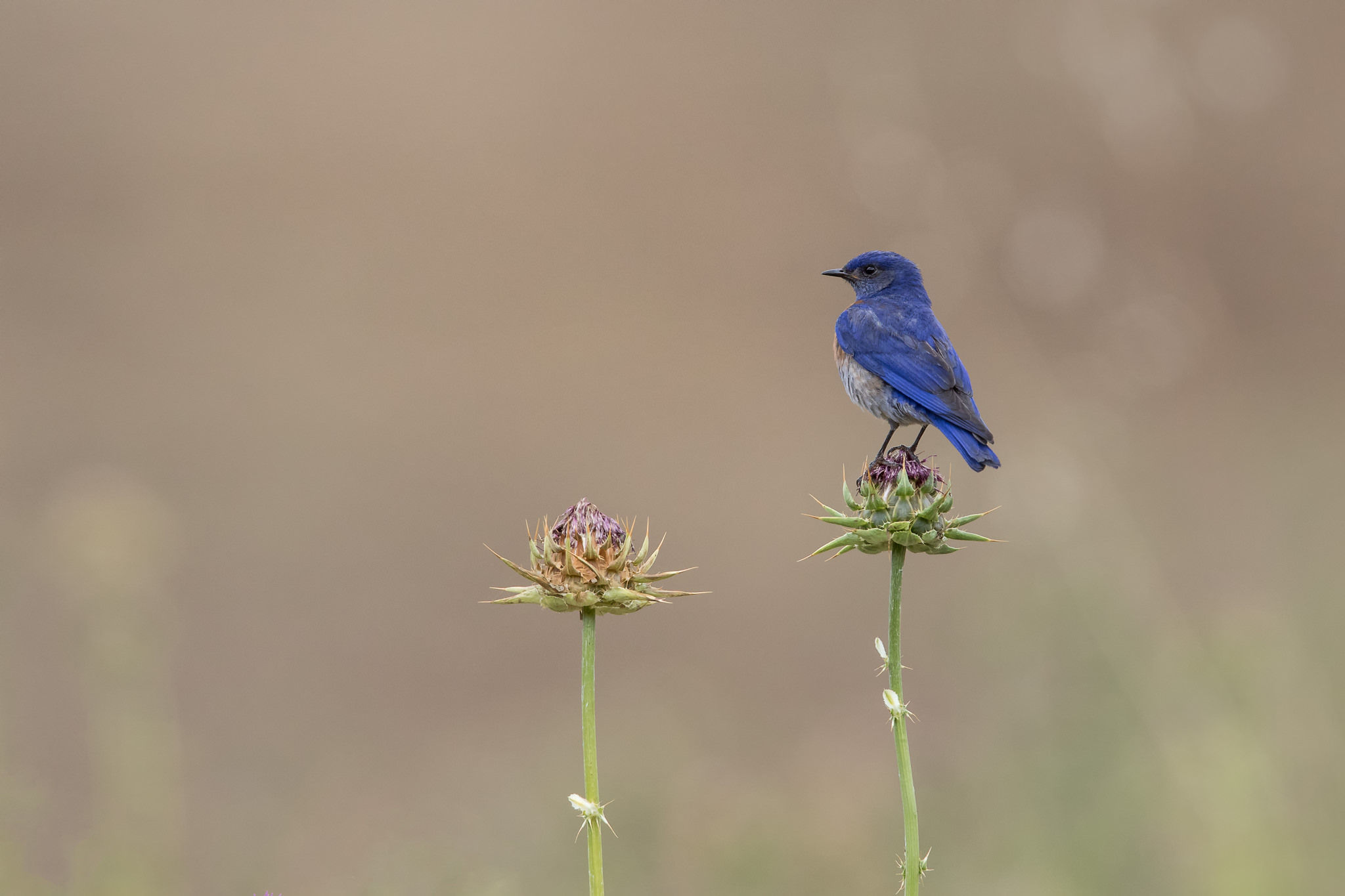