Kingfishers are a group of small to medium-sized brightly colored birds in the order Coraciiformes. They have a cosmopolitan distribution, with most species found outside of the Americas. The group is treated either as a single family, Alcedinidae, or as a suborder Alcedines containing three families, Alcedinidae (river kingfishers), Halcyonidae (tree kingfishers), and Cerylidae (water kingfishers). There are roughly 90 species of kingfisher. All have large heads, long, sharp, pointed bills, short legs, and stubby tails. Most species have bright plumage with little differences between the sexes. Most species are tropical in distribution, and a slight majority are found only in forests. They consume a wide range of prey as well as fish, usually caught by swooping down from a perch. While kingfishers are usually thought to live near rivers and eat fish, most of the kingfisher species in the world live away from water and eat small invertebrates. Like other members of their order they nest in cavities, usually tunnels dug into the natural or artificial banks in the ground. A quarter of all kingfishers nest in disused termite nests. A few species, principally insular forms, are threatened with extinction. In Britain, the word ‘kingfisher’ normally refers to the common kingfisher. 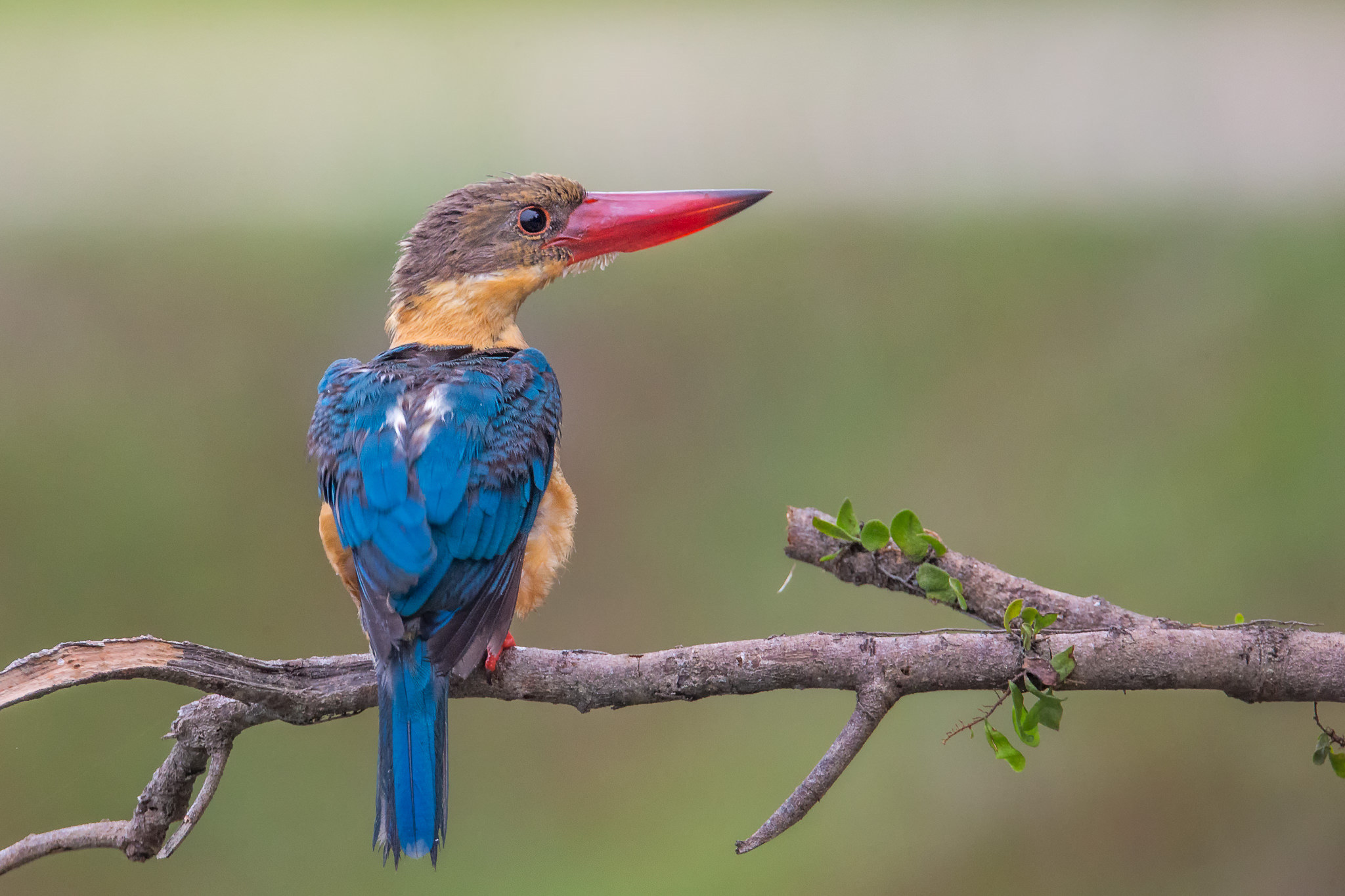 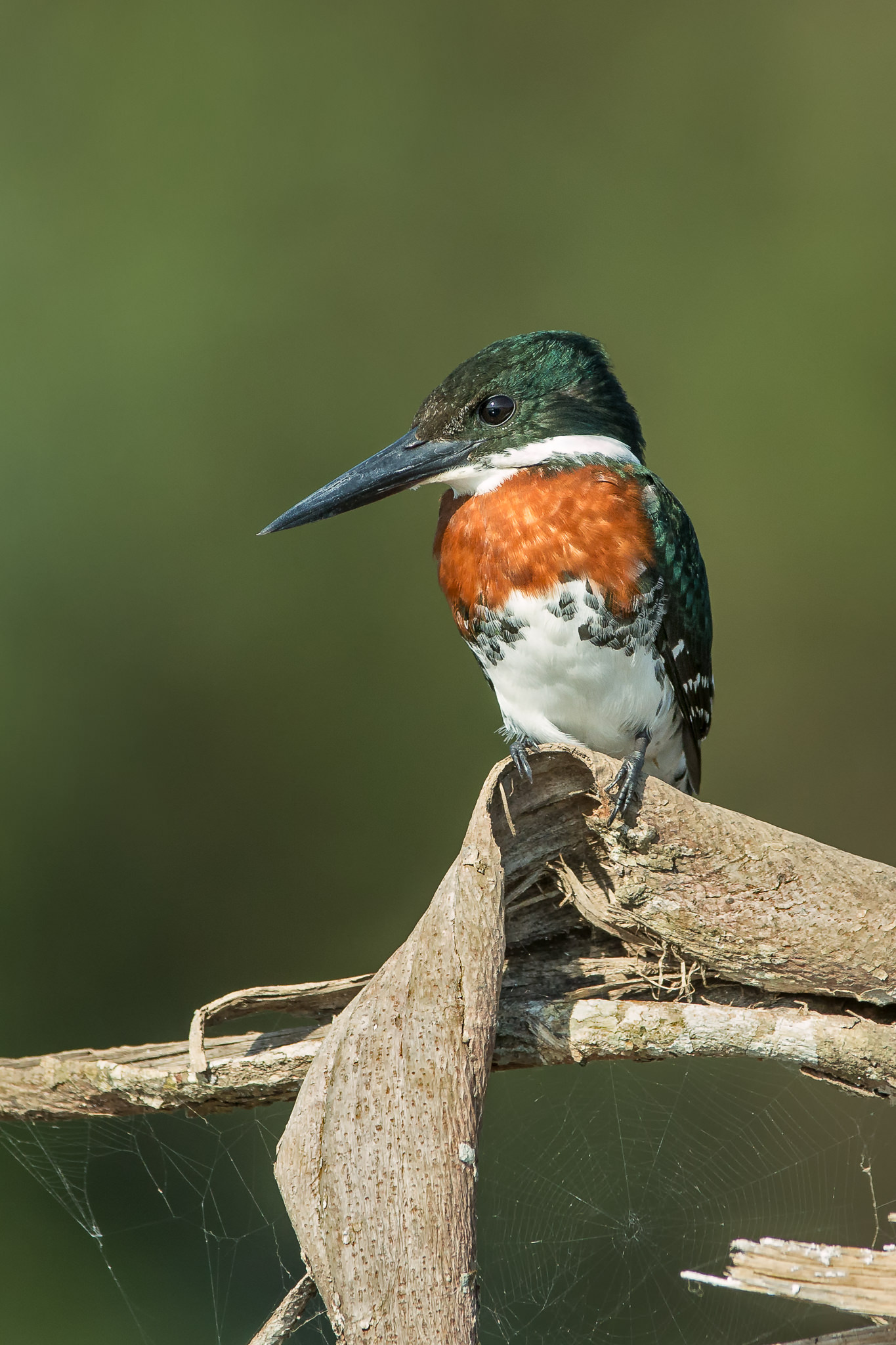 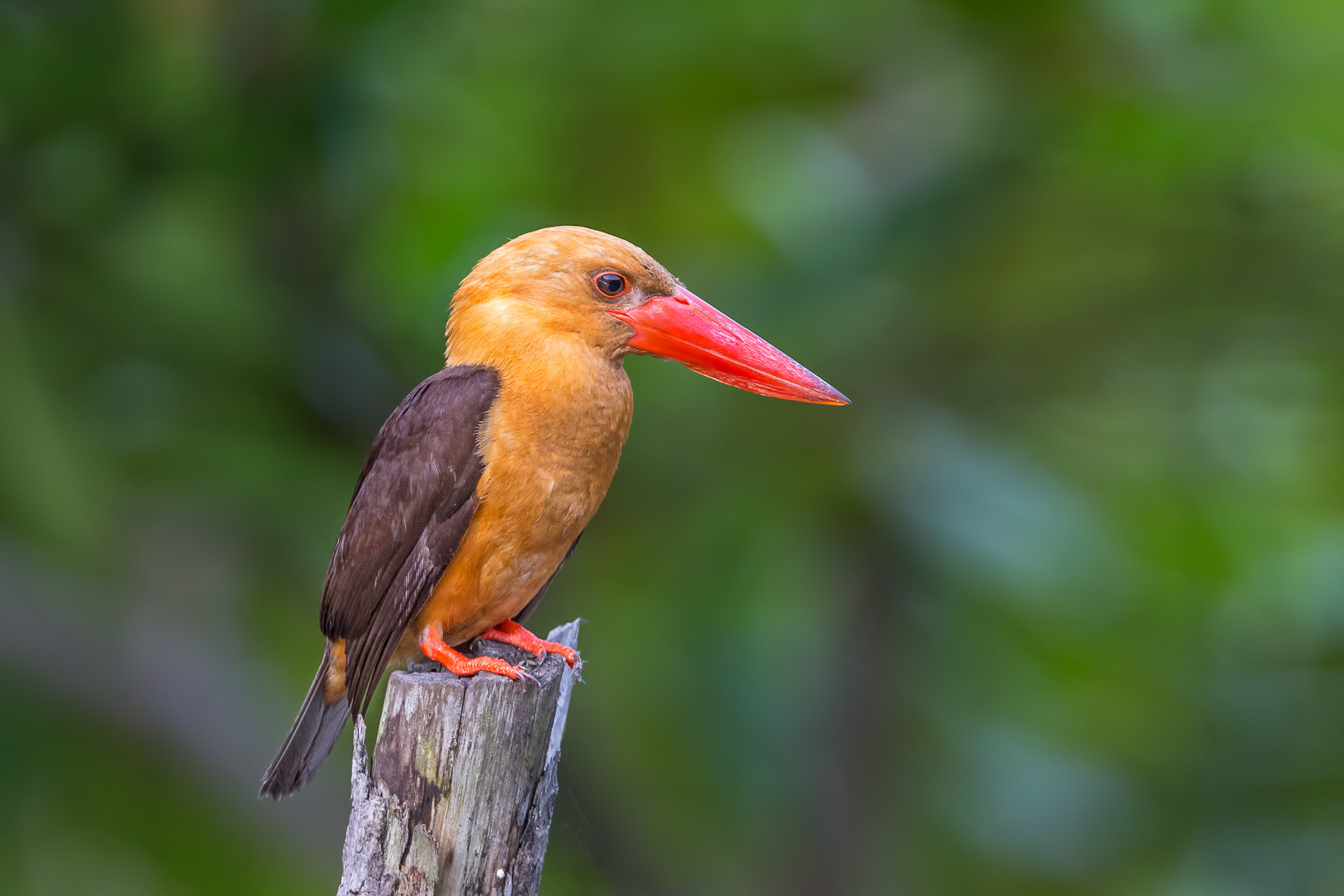 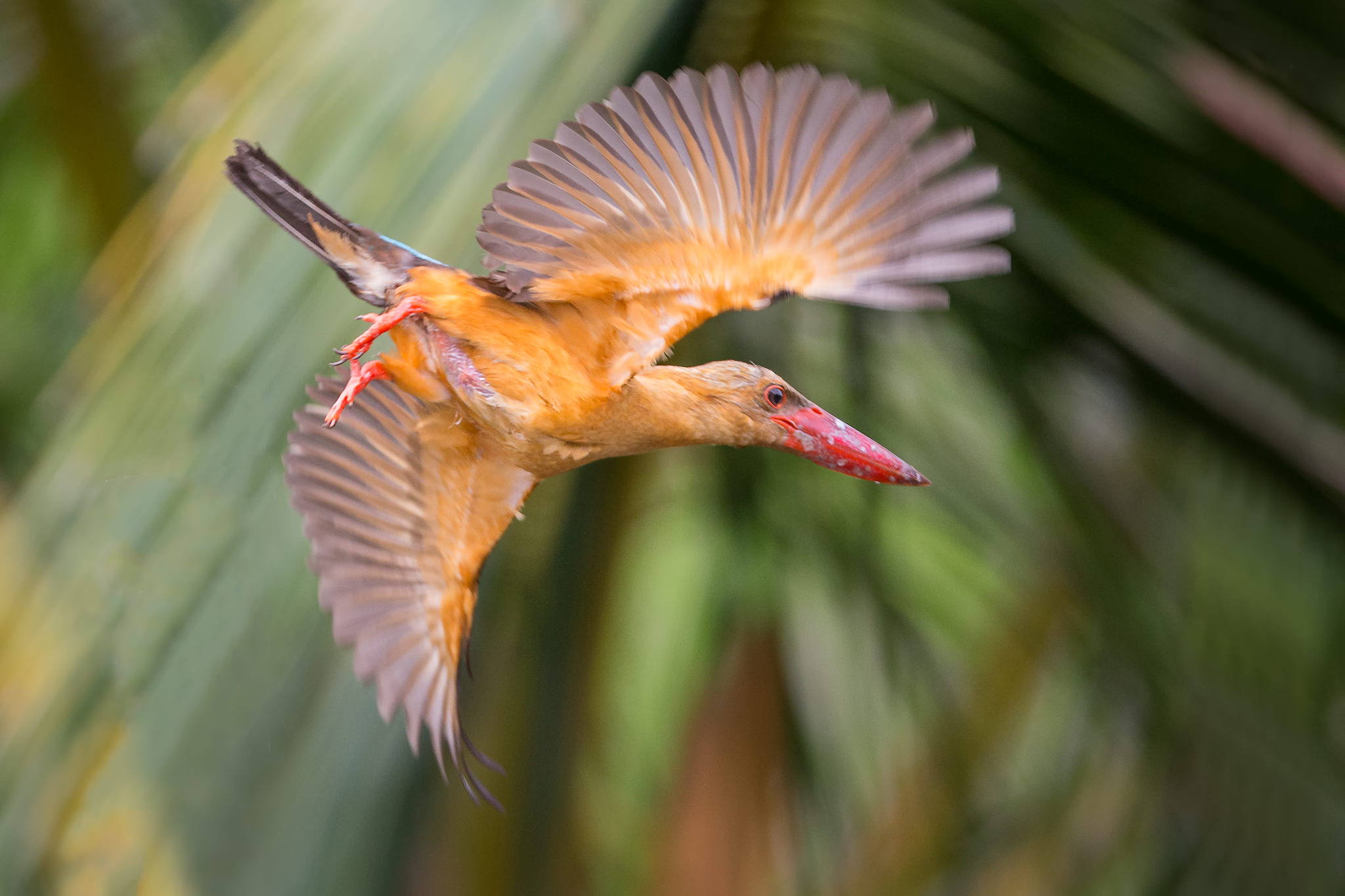 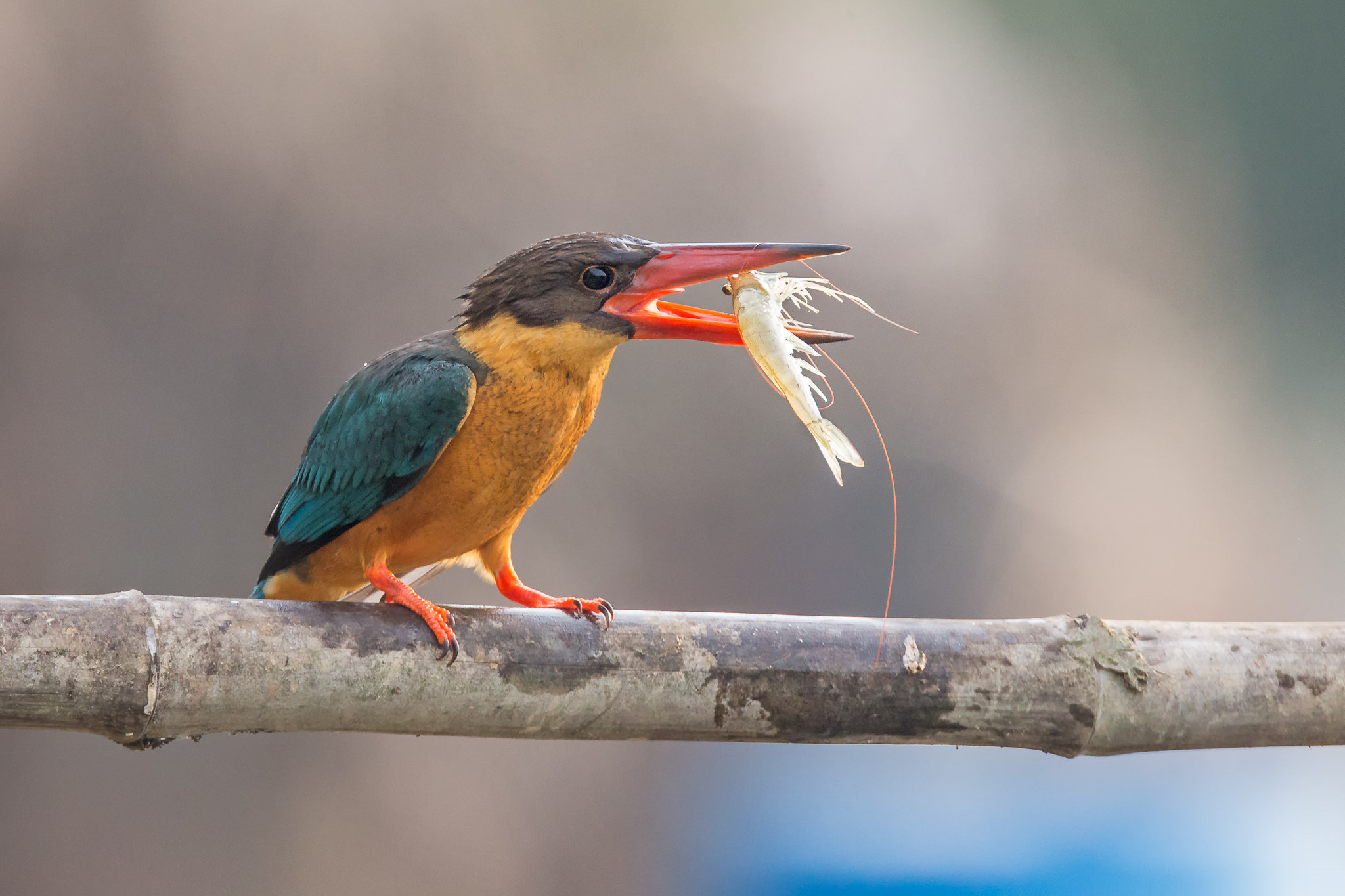 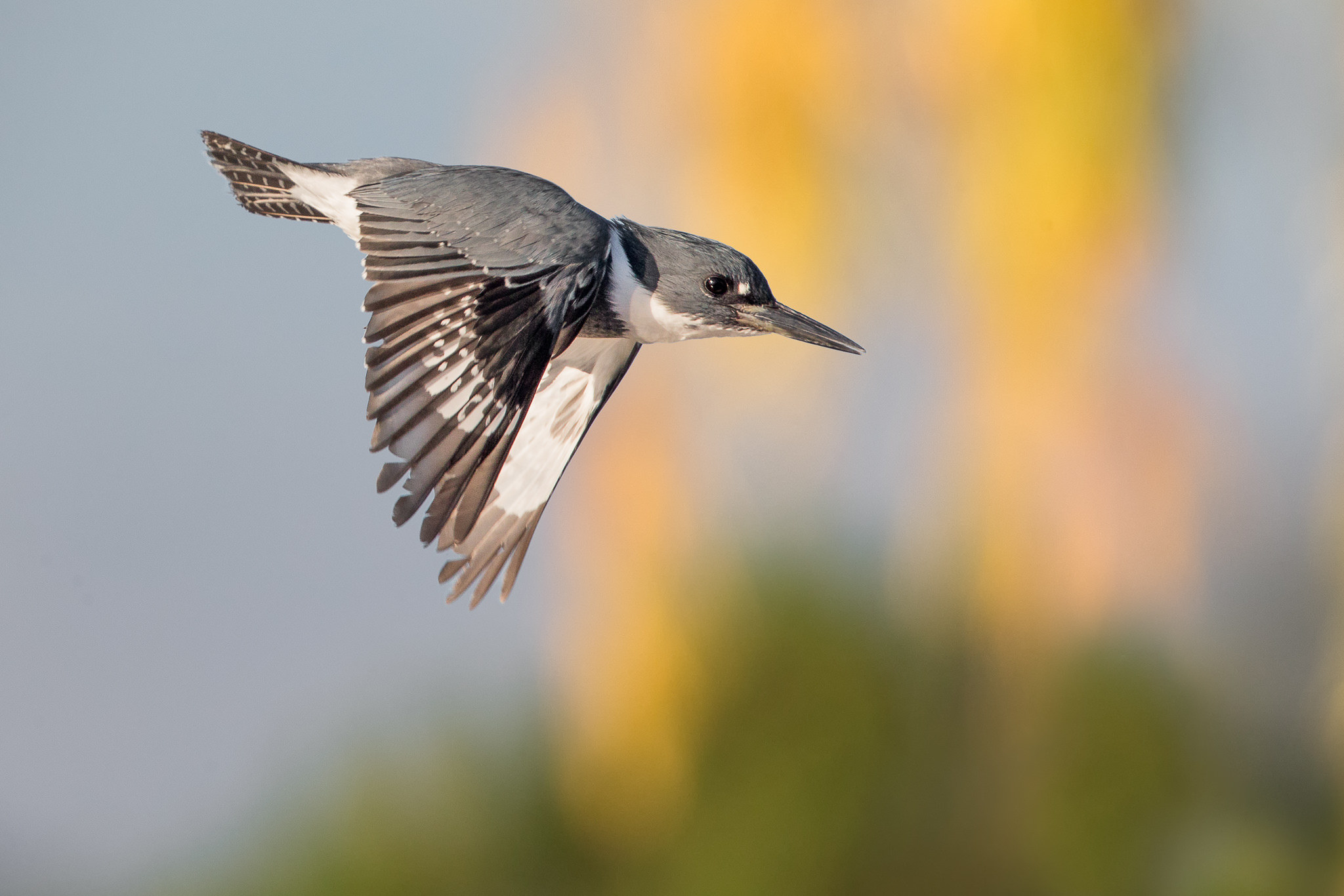