The short-eared owl (Asio flammeus) is a species of typical owl (family Strigidae). Owls belonging to genus Asio are known as the eared owls, as they have tufts of feathers resembling mammalian ears. These “ear” tufts may or may not be visible. Asio flammeus will display its tufts when in a defensive pose, although its very short tufts are usually not visible. The short-eared owl is found in open country and grasslands. The scientific name is from Latin. The genus name Asio is a type of eared owl, and flammeus means “flame-coloured”.

The short-eared owl is a medium-sized owl measuring 34–43 cm (13–17 in) in length and weighing 206–475 g (7.3–16.8 oz). It has large eyes, a big head, a short neck, and broad wings. Its bill is short, strong, hooked and black. Its plumage is mottled tawny to brown with a barred tail and wings. The upper breast is significantly streaked. Its flight is characteristically floppy due to its irregular wingbeats. The short-eared owl may also be described as “moth or bat-like” in flight. Wingspans range from 85 to 110 cm (33 to 43 in). Females are slightly larger than males. The yellow-orange eyes of A. flammeus are exaggerated by black rings encircling each eye, giving the appearance of them wearing mascara, and large, whitish disks of plumage surrounding the eyes like a mask. 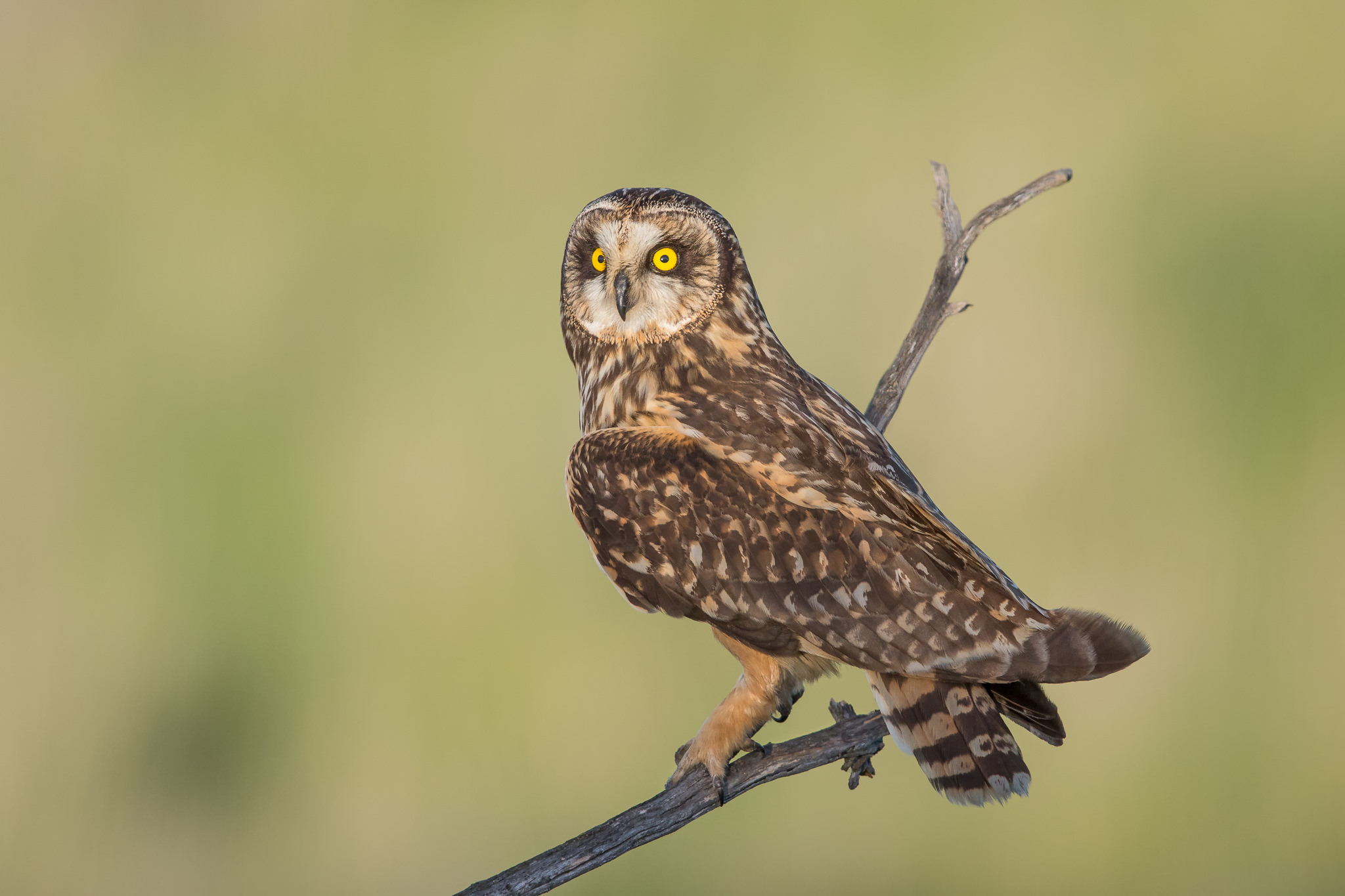 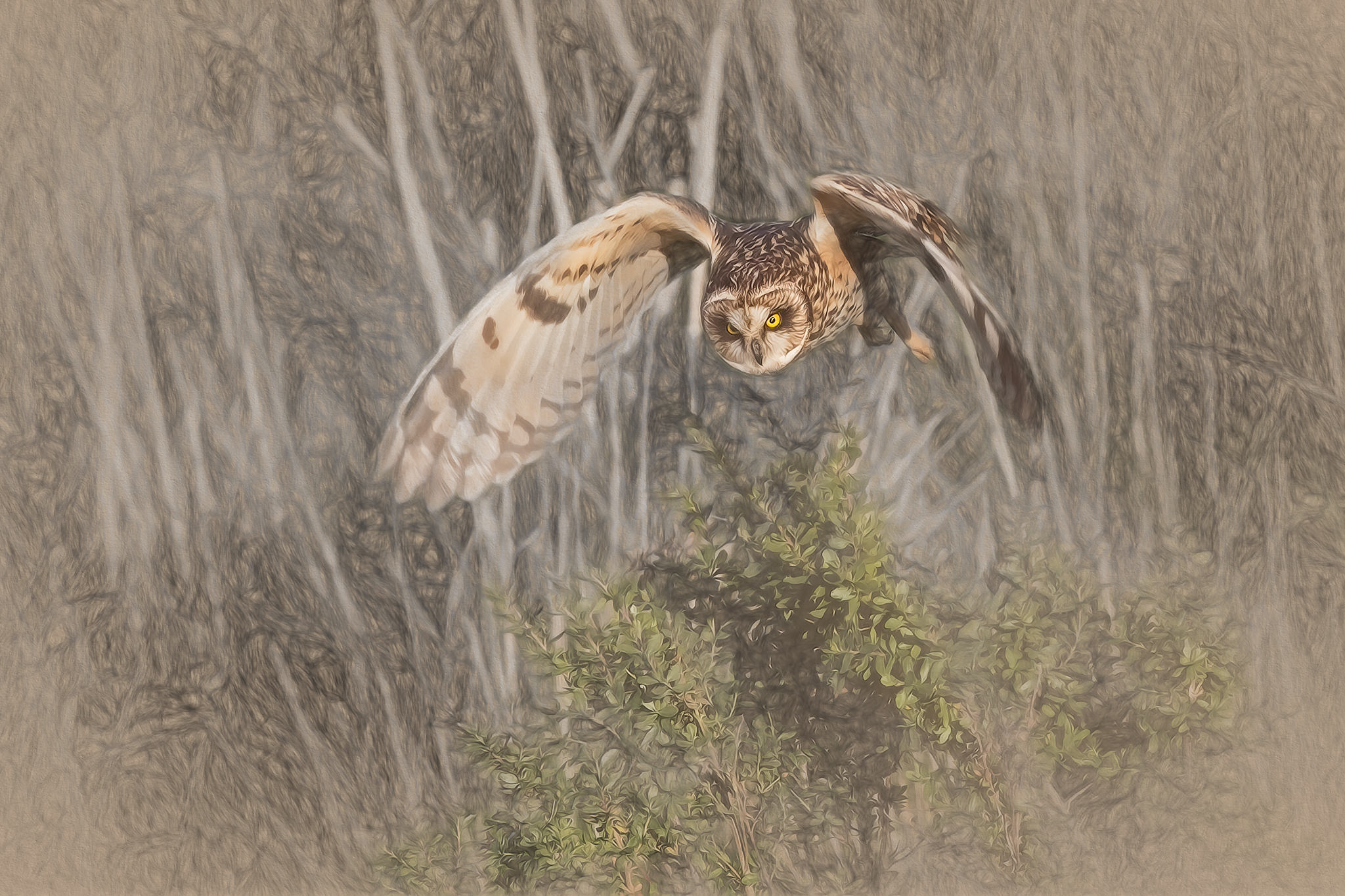 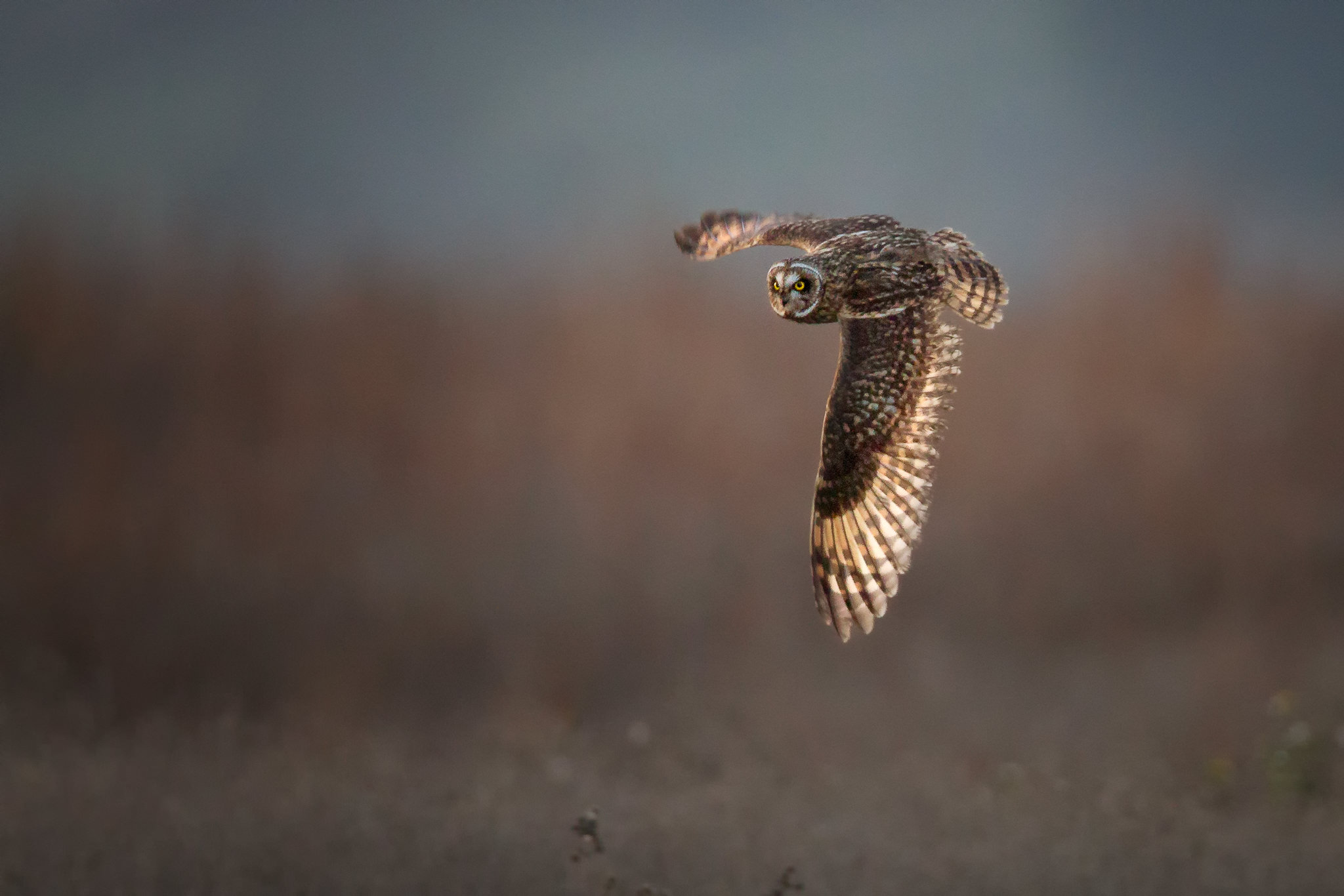 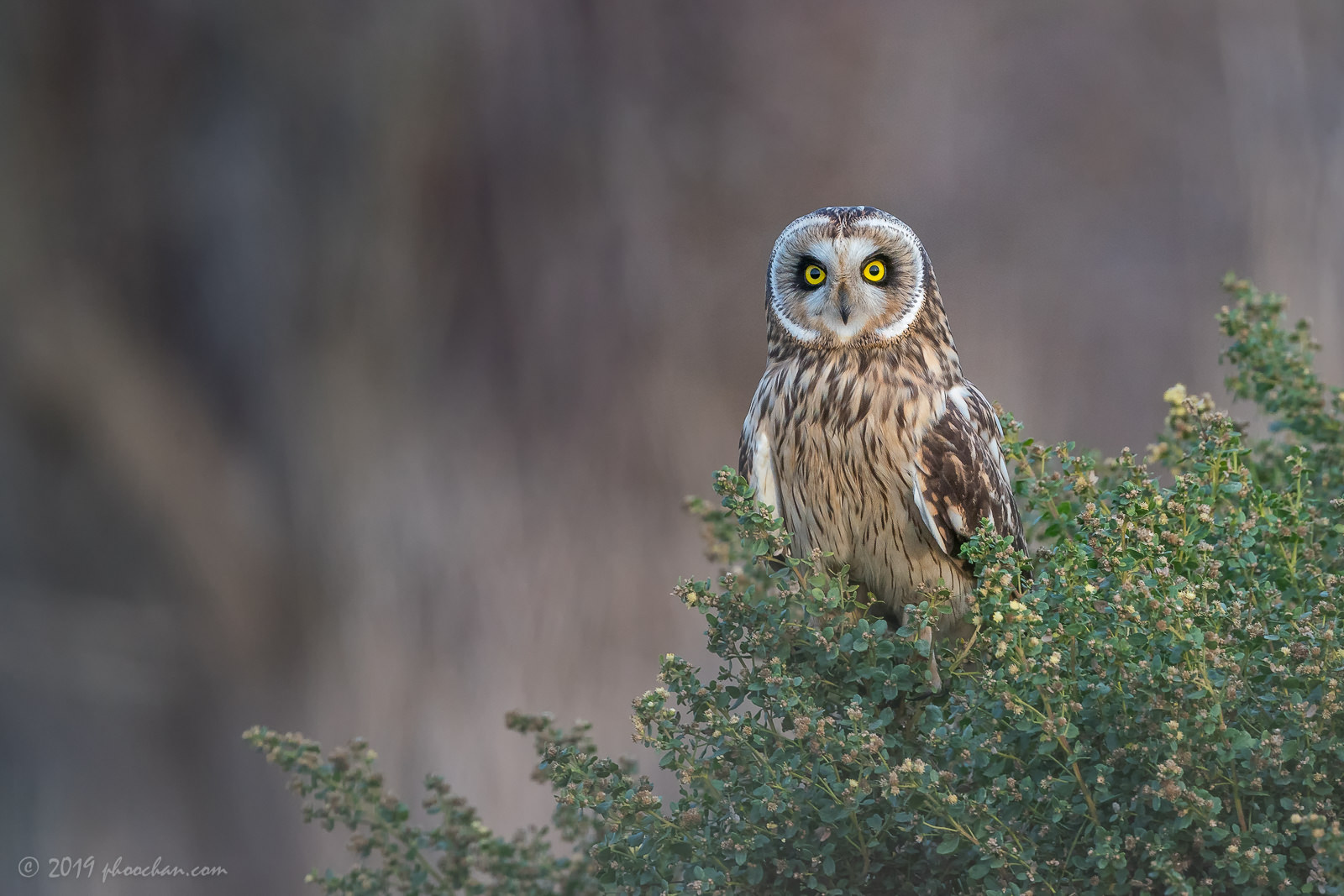