The red-tailed hawk (Buteo jamaicensis) is a bird of prey, one of three species colloquially known in the United States as the “chickenhawk,” though it rarely preys on standard sized chickens. It breeds throughout most of North America, from western Alaska and northern Canada to as far south as Panama and the West Indies, and is one of the most common buteos in North America. Red-tailed hawks can acclimate to all the biomes within their range. There are fourteen recognized subspecies, which vary in appearance and range. It is one of the largest members of the genus Buteo in North America, typically weighing from 690 to 1,600 g (1.5 to 3.5 lb) and measuring 45–65 cm (18–26 in) in length, with a wingspan from 110–145 cm (43–57 in). The red-tailed hawk displays sexual dimorphism in size, with females averaging about 25% heavier than males. The bird is sometimes referred to as the red-tail for short, when the meaning is clear in context.

The red-tailed hawk occupies a wide range of habitats and altitudes, including deserts, grasslands, coniferous and deciduous forests, agricultural fields and urban areas. It lives throughout the North American continent, except in areas of unbroken forest or the high arctic. It is legally protected in Canada, Mexico and the United States by the Migratory Bird Treaty Act.

Because they are so common and easily trained as capable hunters, the majority of hawks captured for falconry in the United States are red-tails. Falconers are permitted to take only passage hawks (which have left the nest, are on their own, but are less than a year old) so as to not affect the breeding population. Adults, which may be breeding or rearing chicks, may not be taken for falconry purposes and it is illegal to do so. Passage red-tailed hawks are also preferred by falconers because these younger birds have not yet developed the adult behaviors which would make them more difficult to train.

It is the most common hawk found in North America.  Its scream is widely used in Hollywood movies perhaps one of the favorite screams for movie makers. 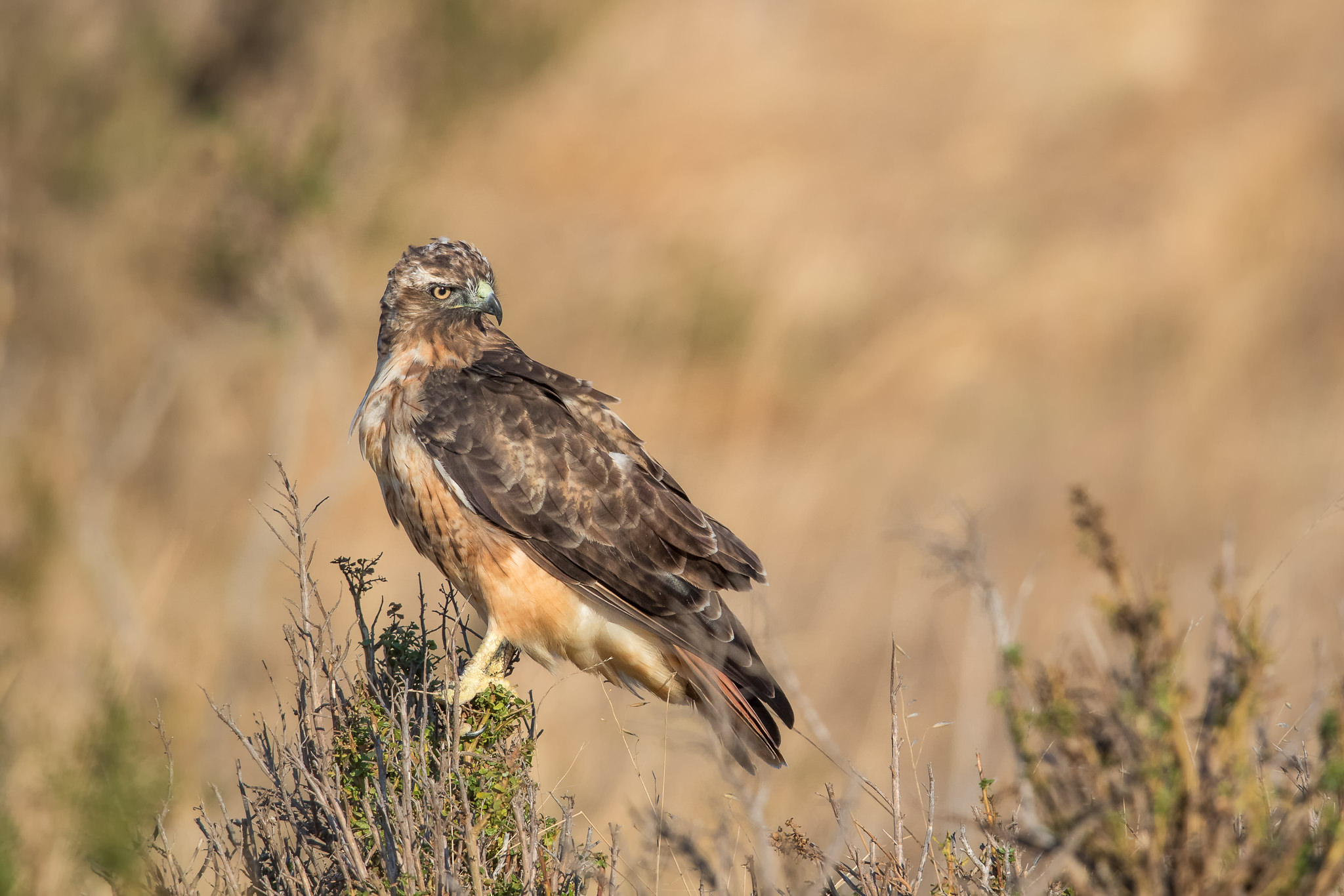 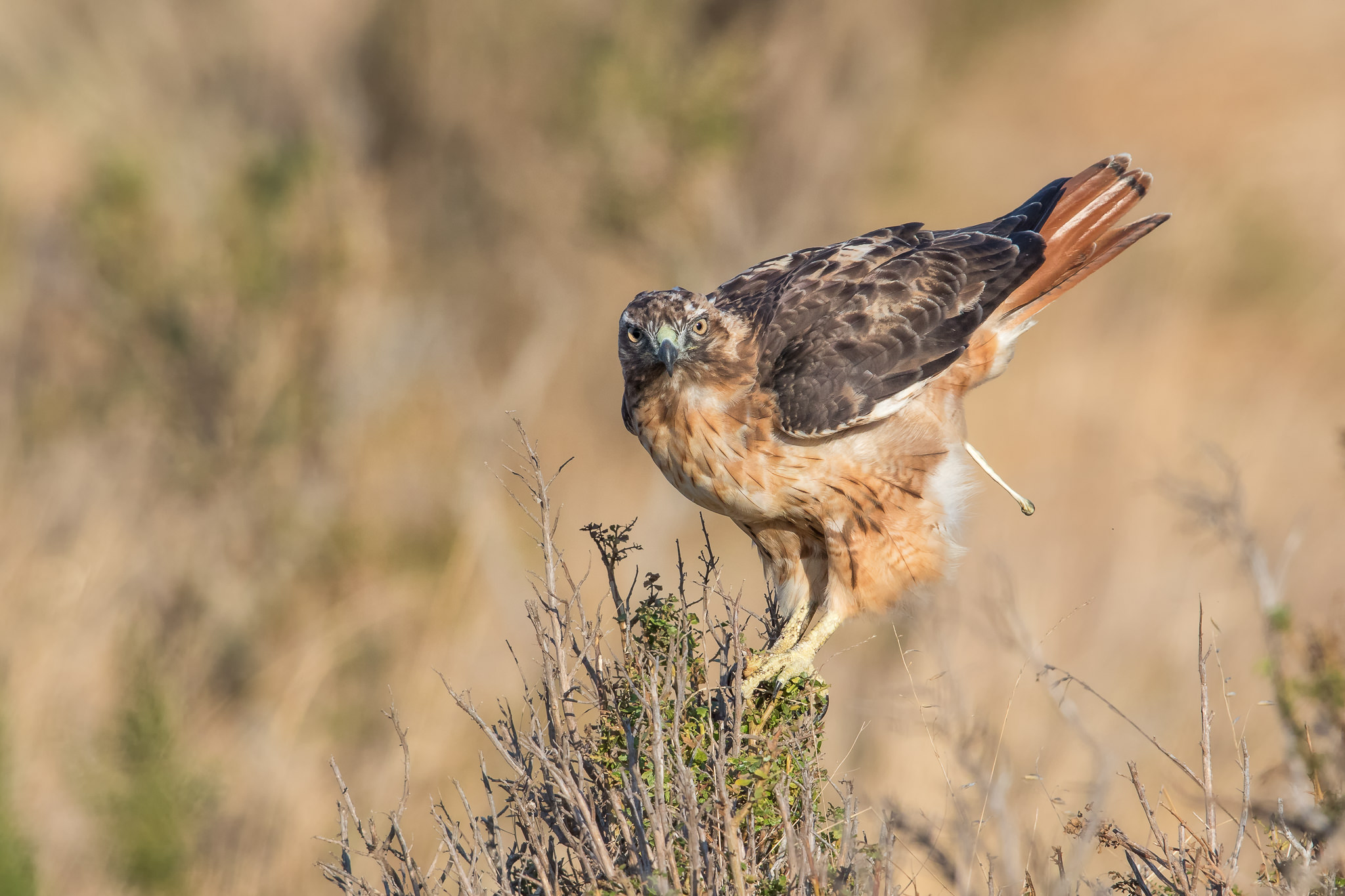 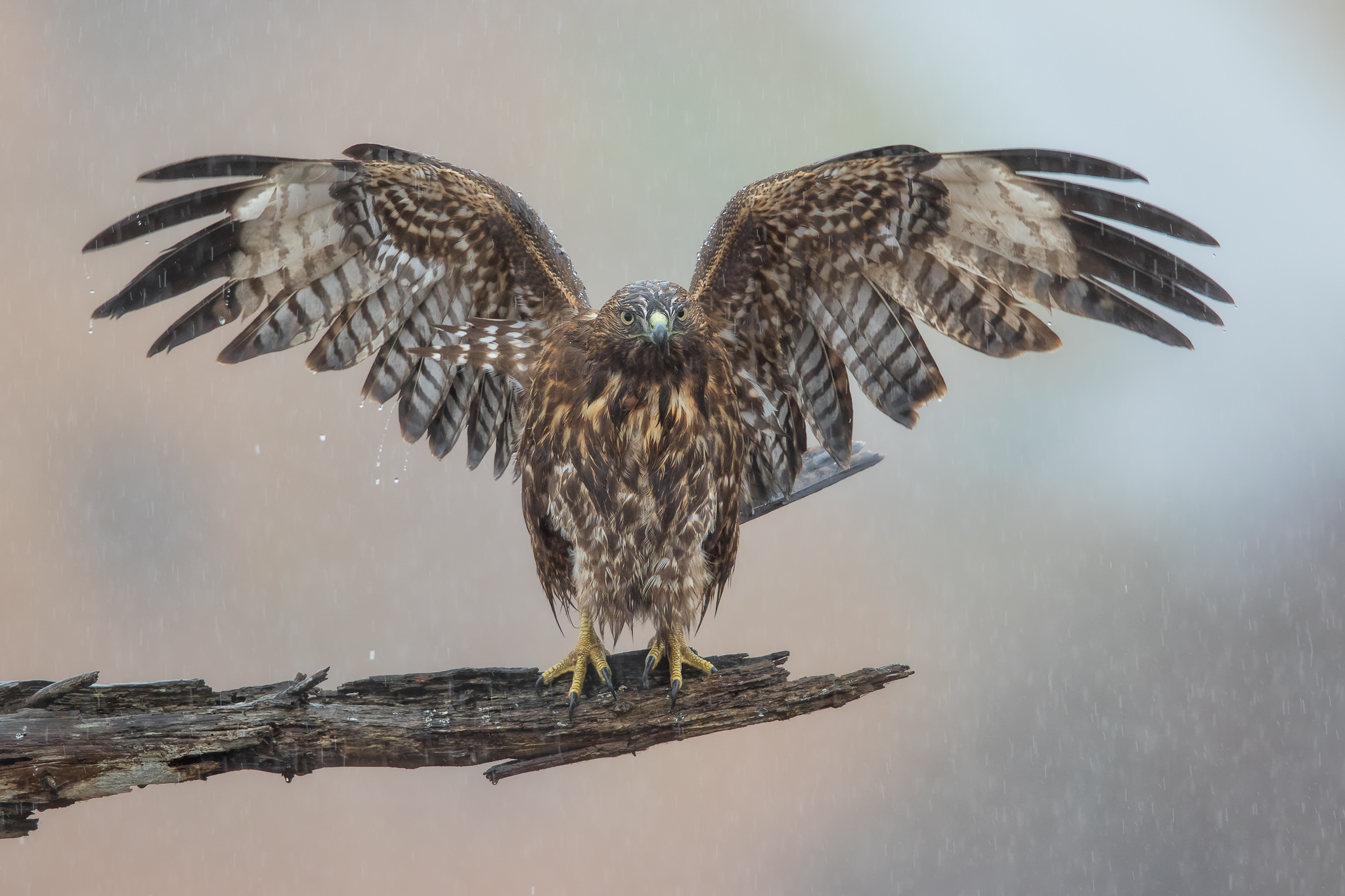 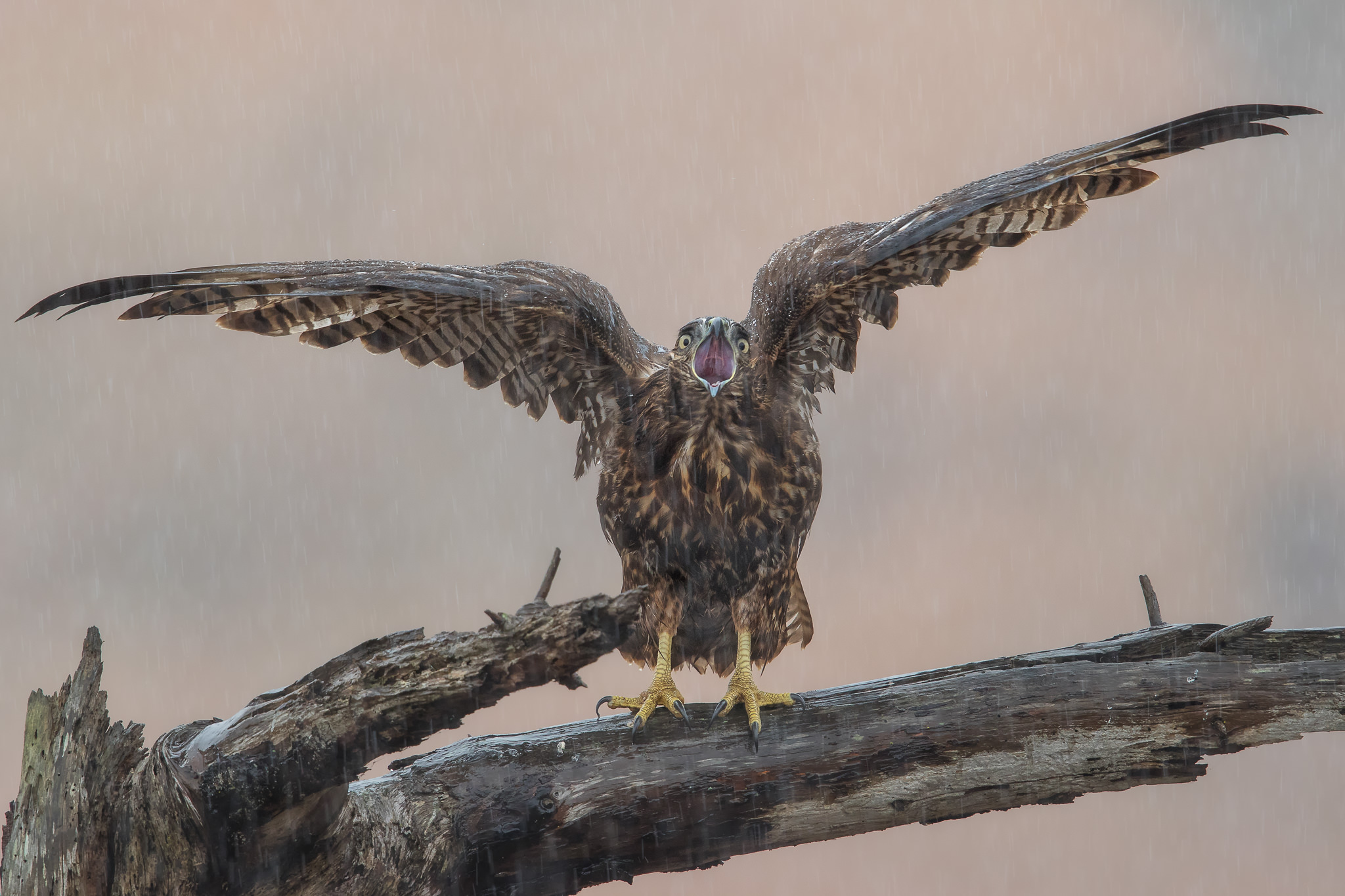 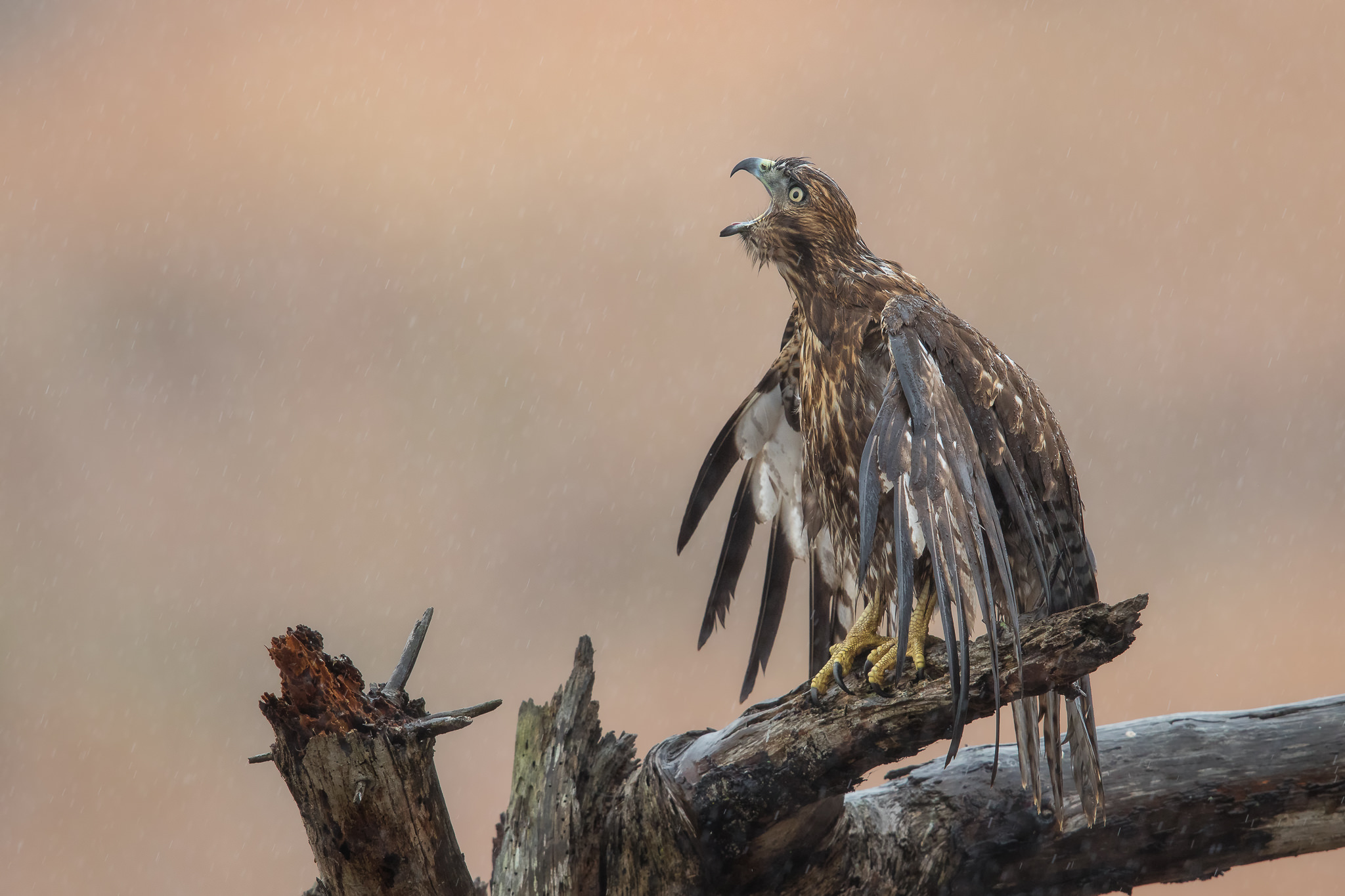 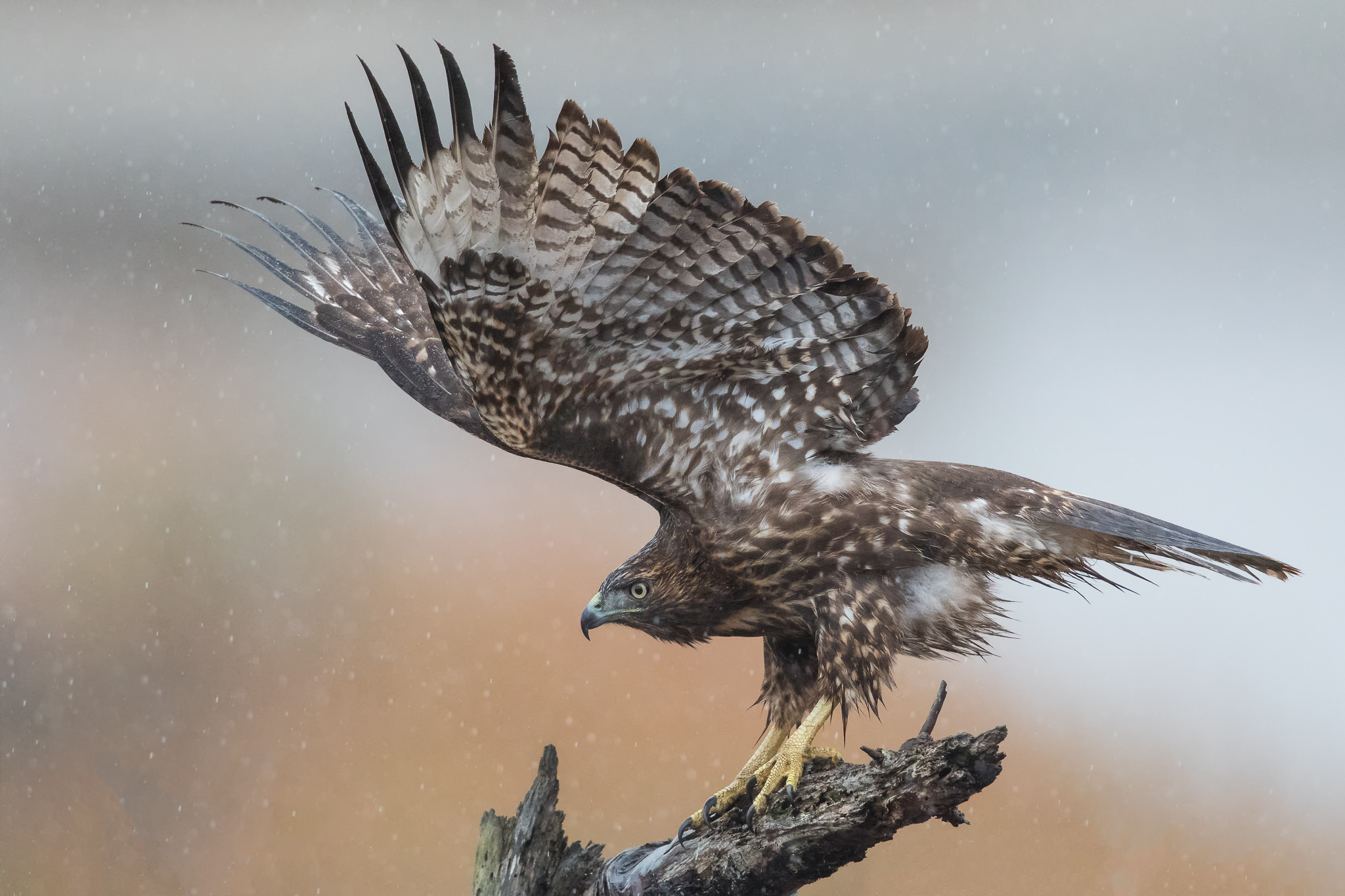 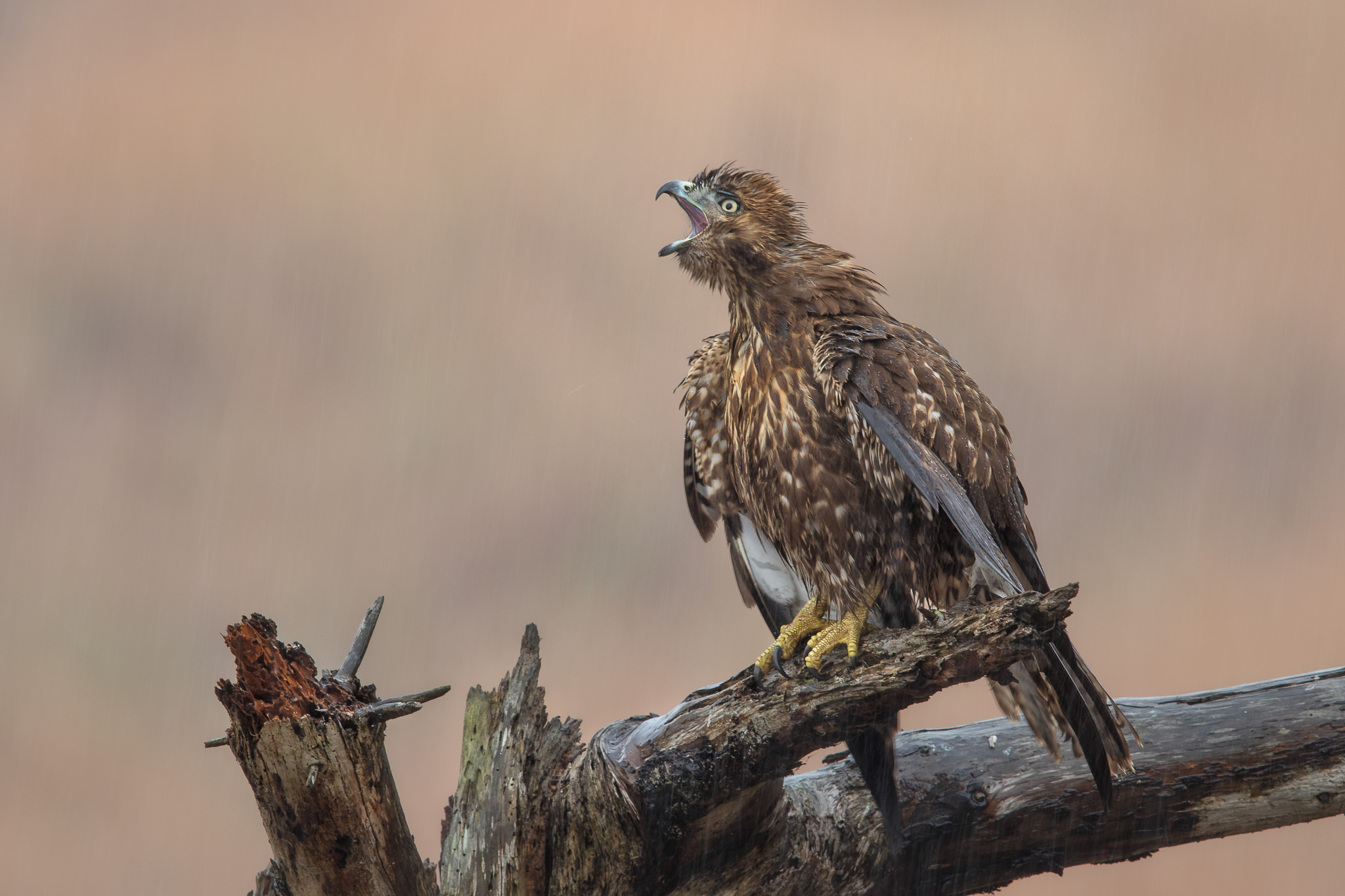 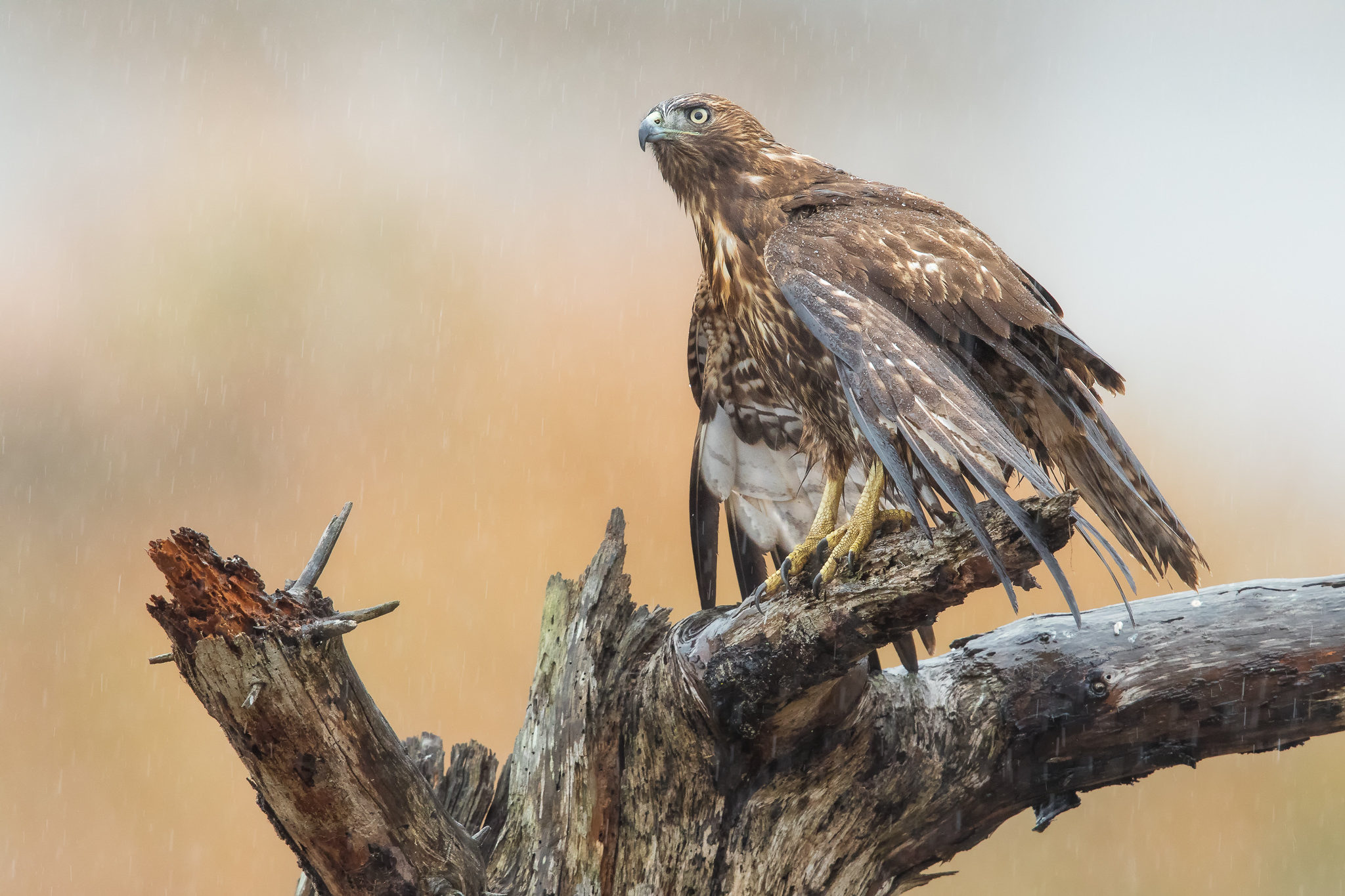 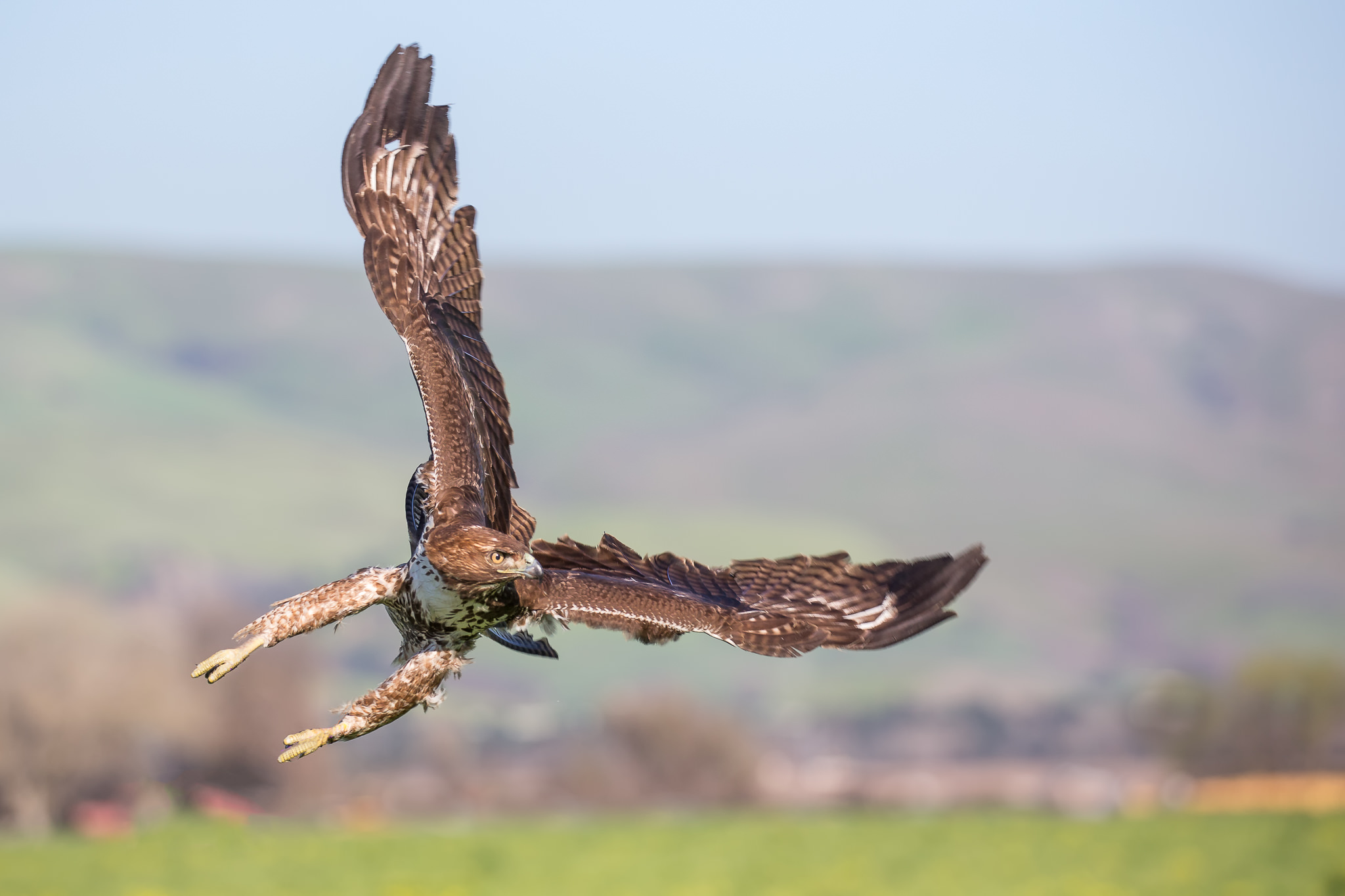 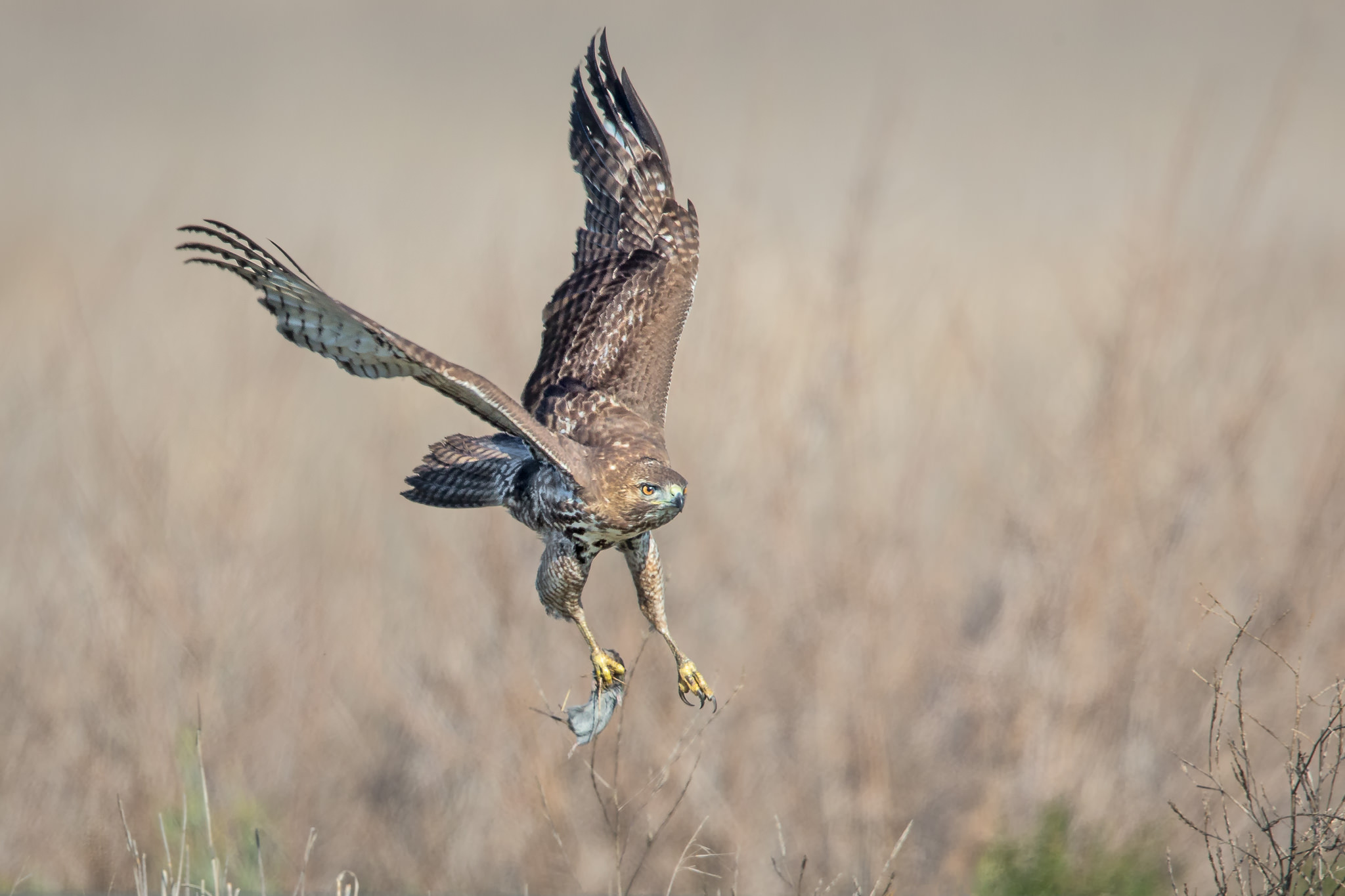 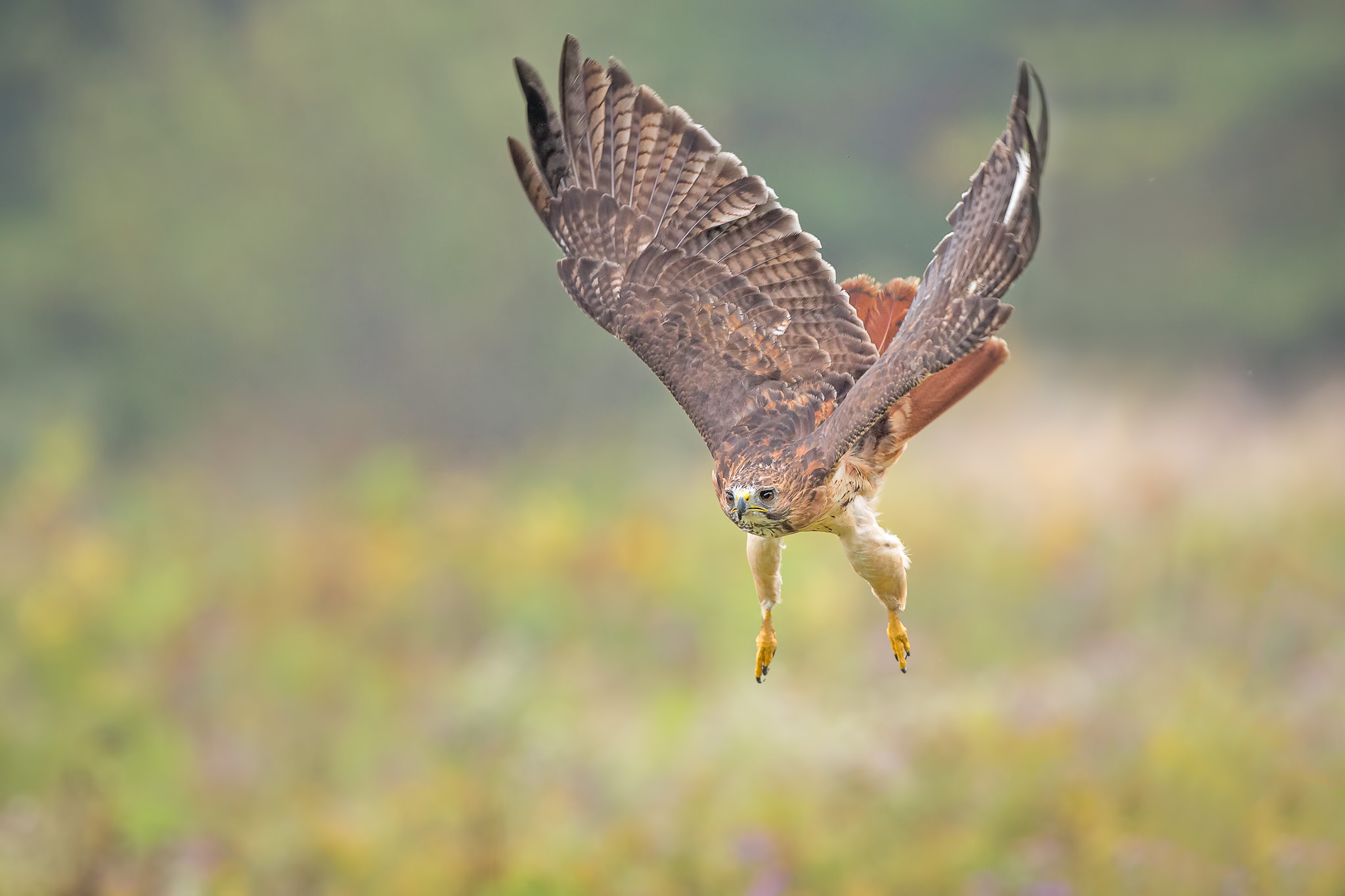 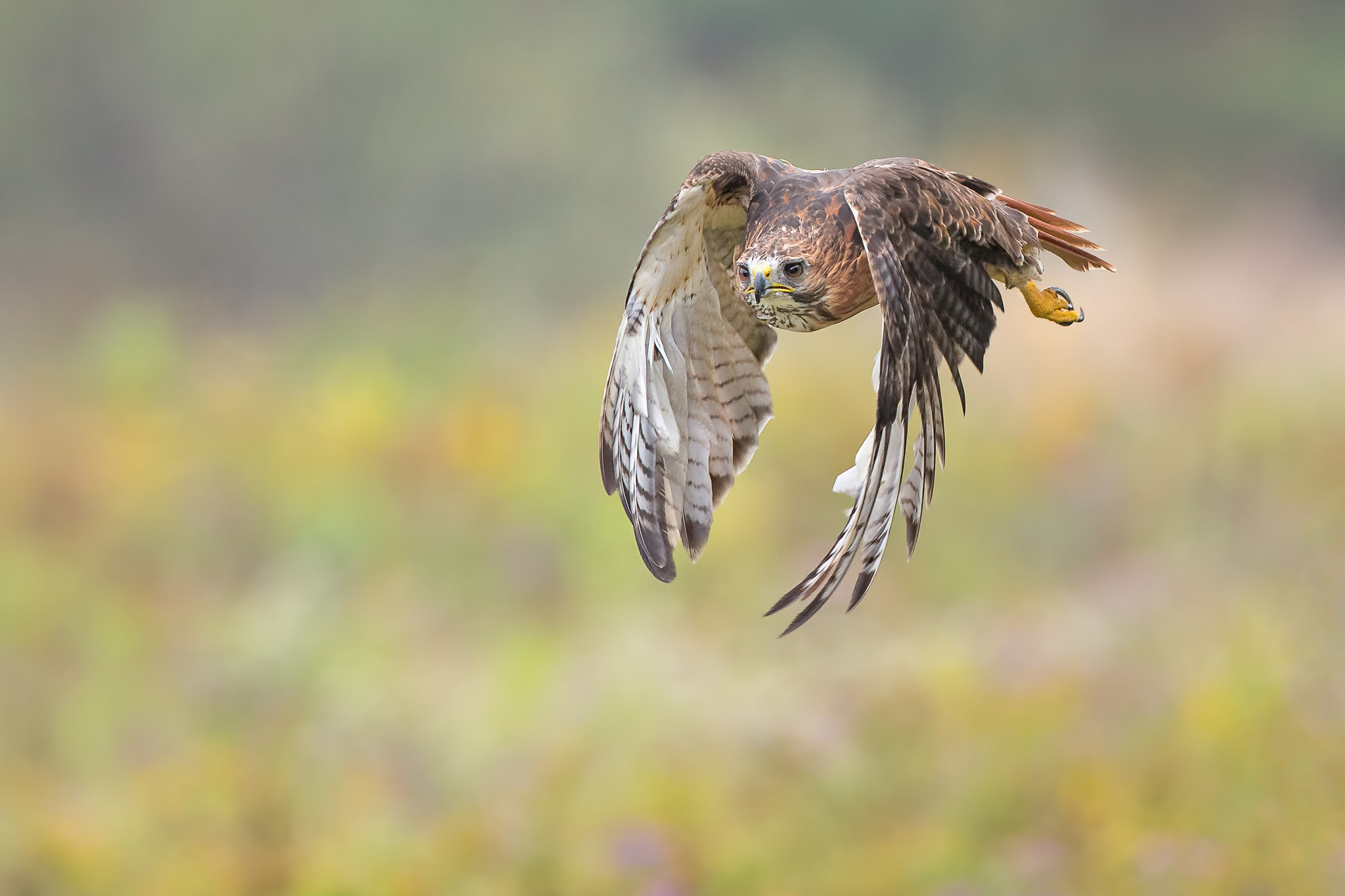 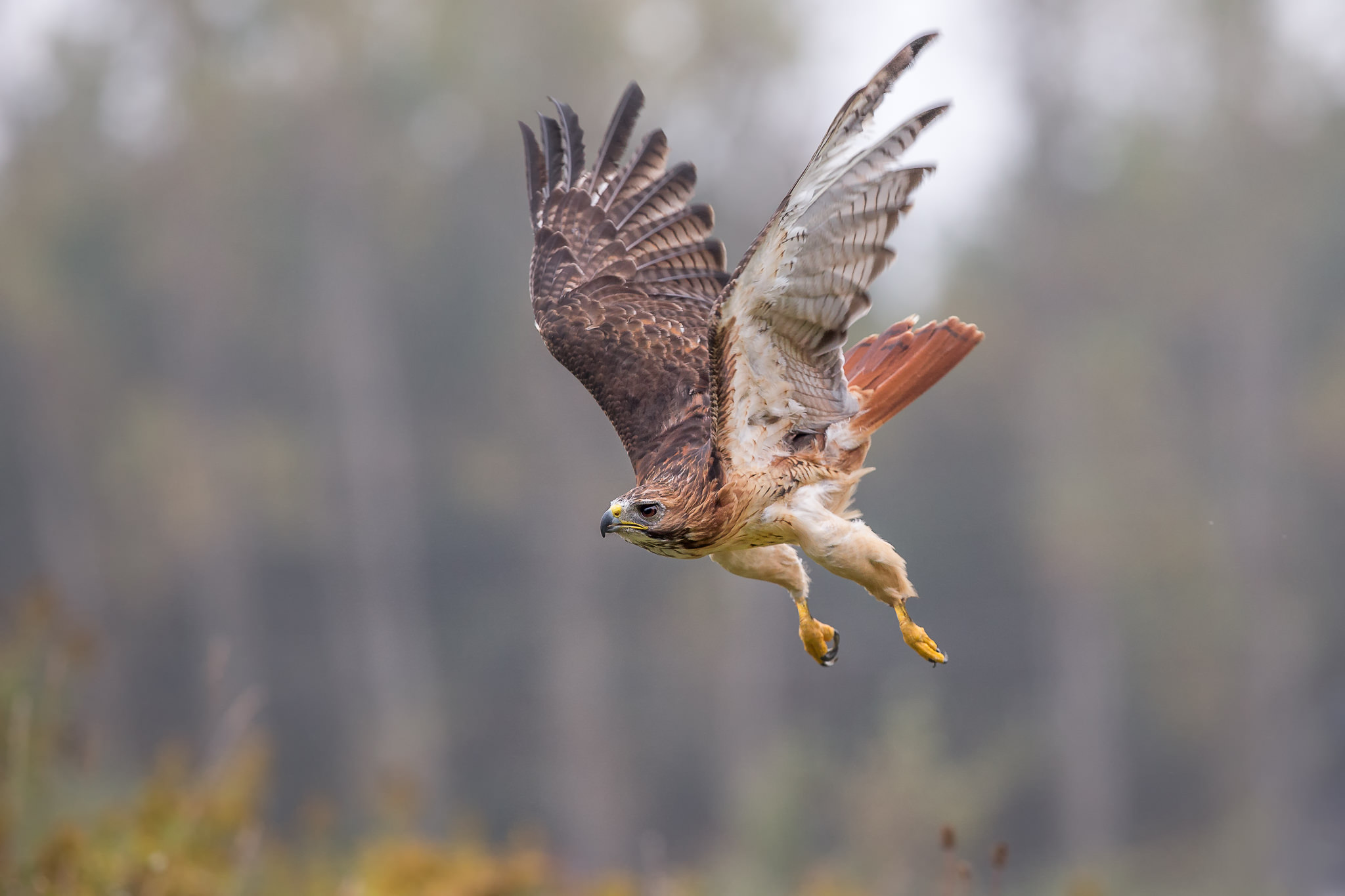 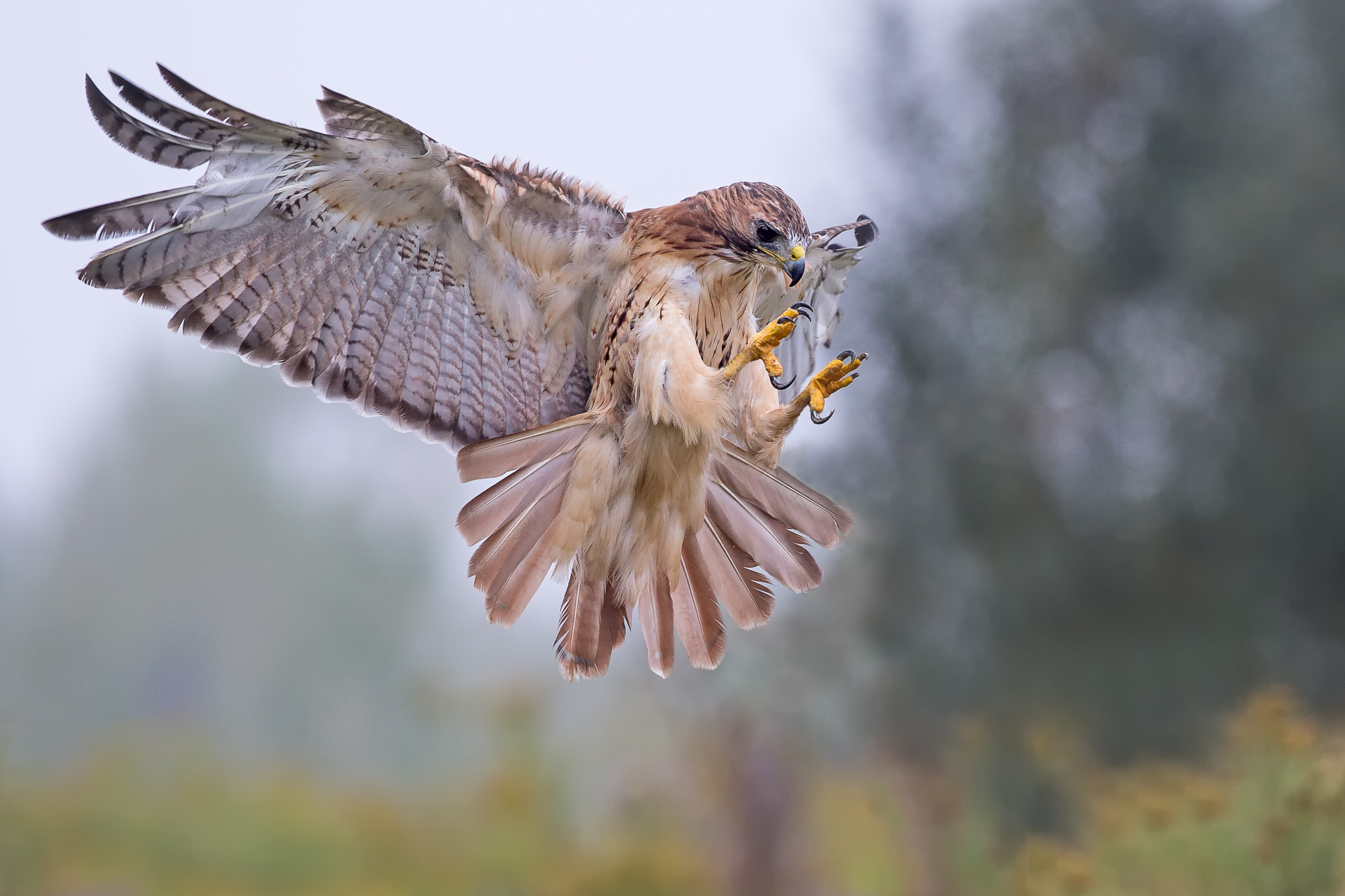 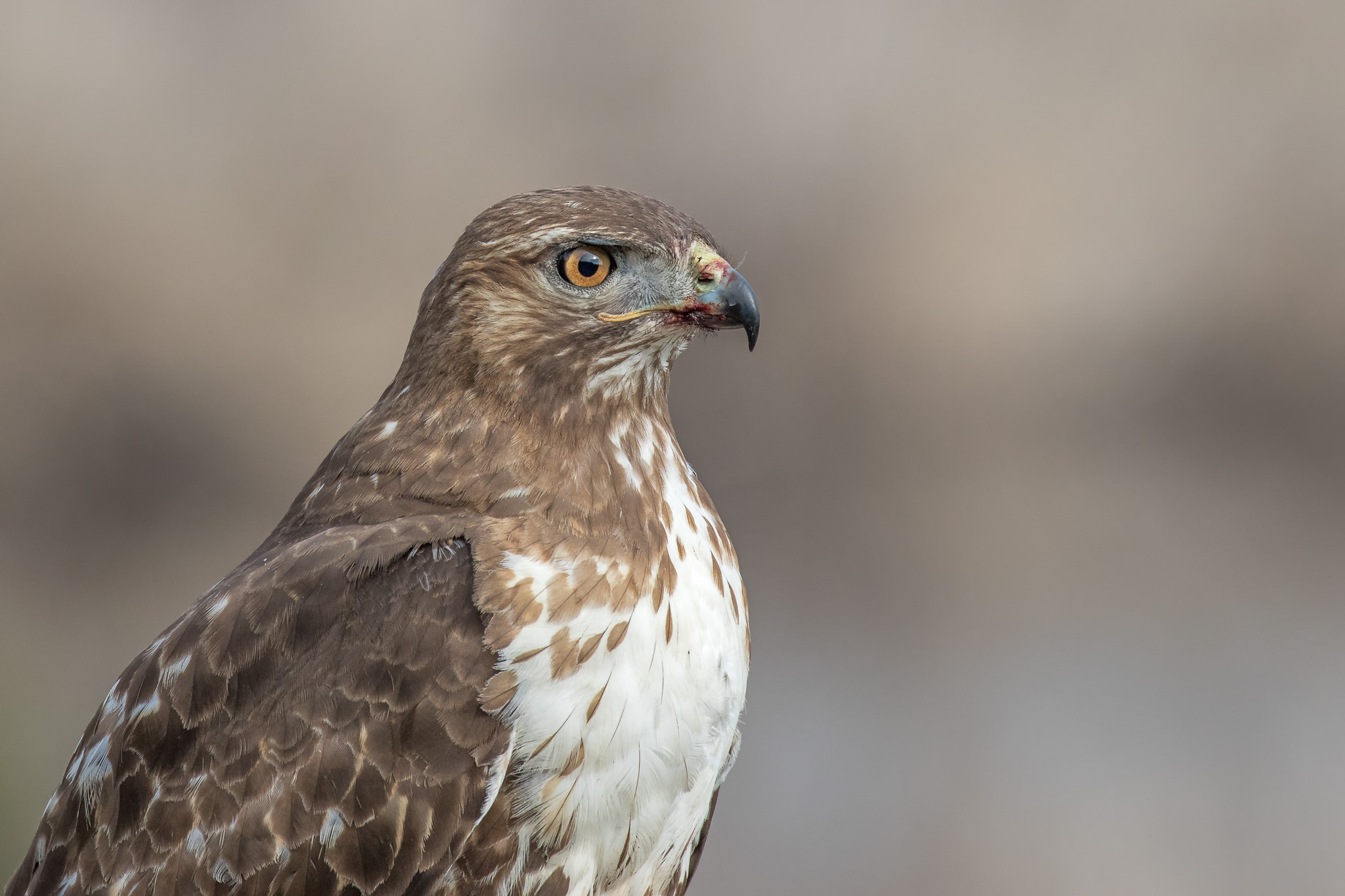 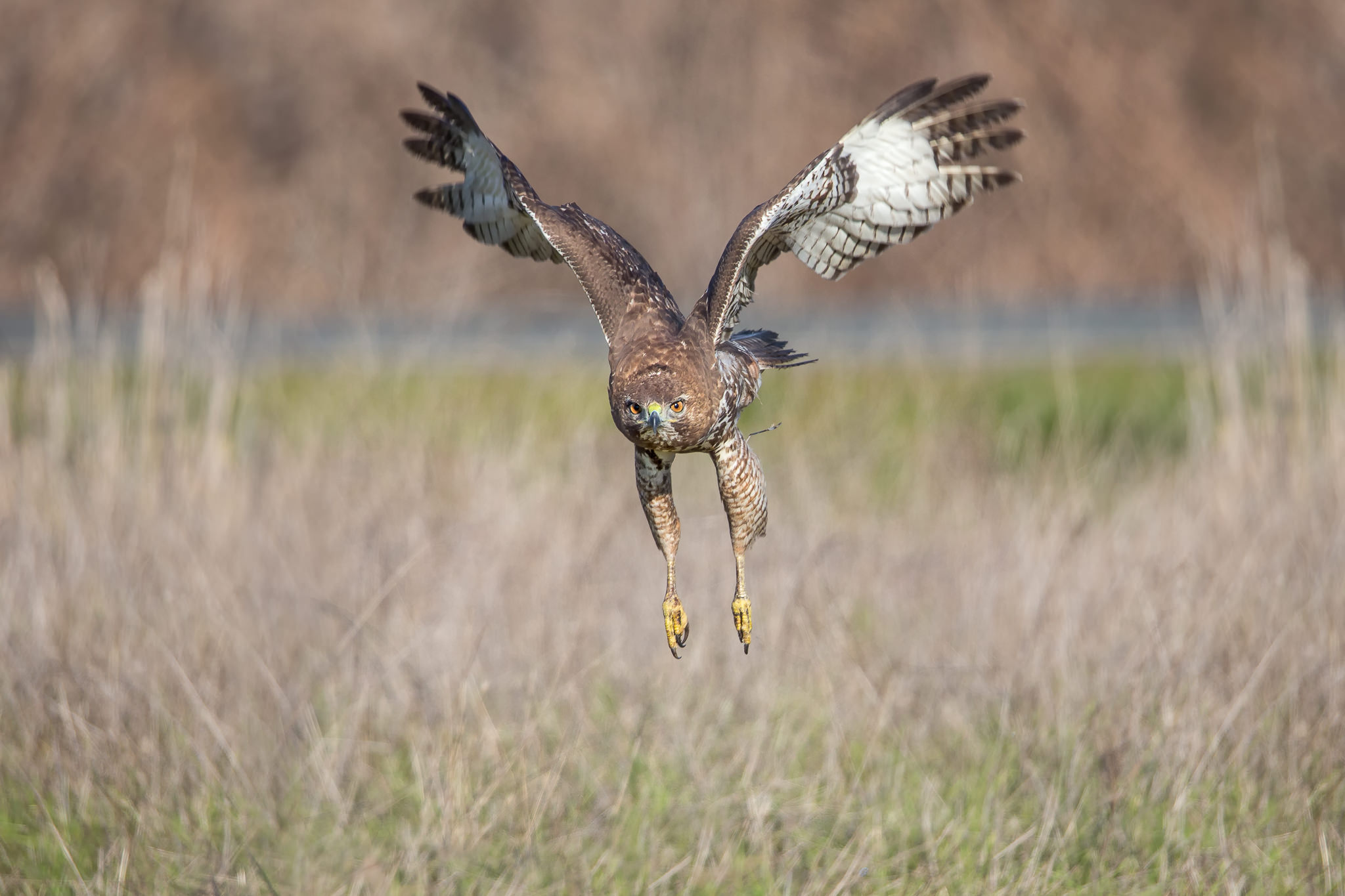 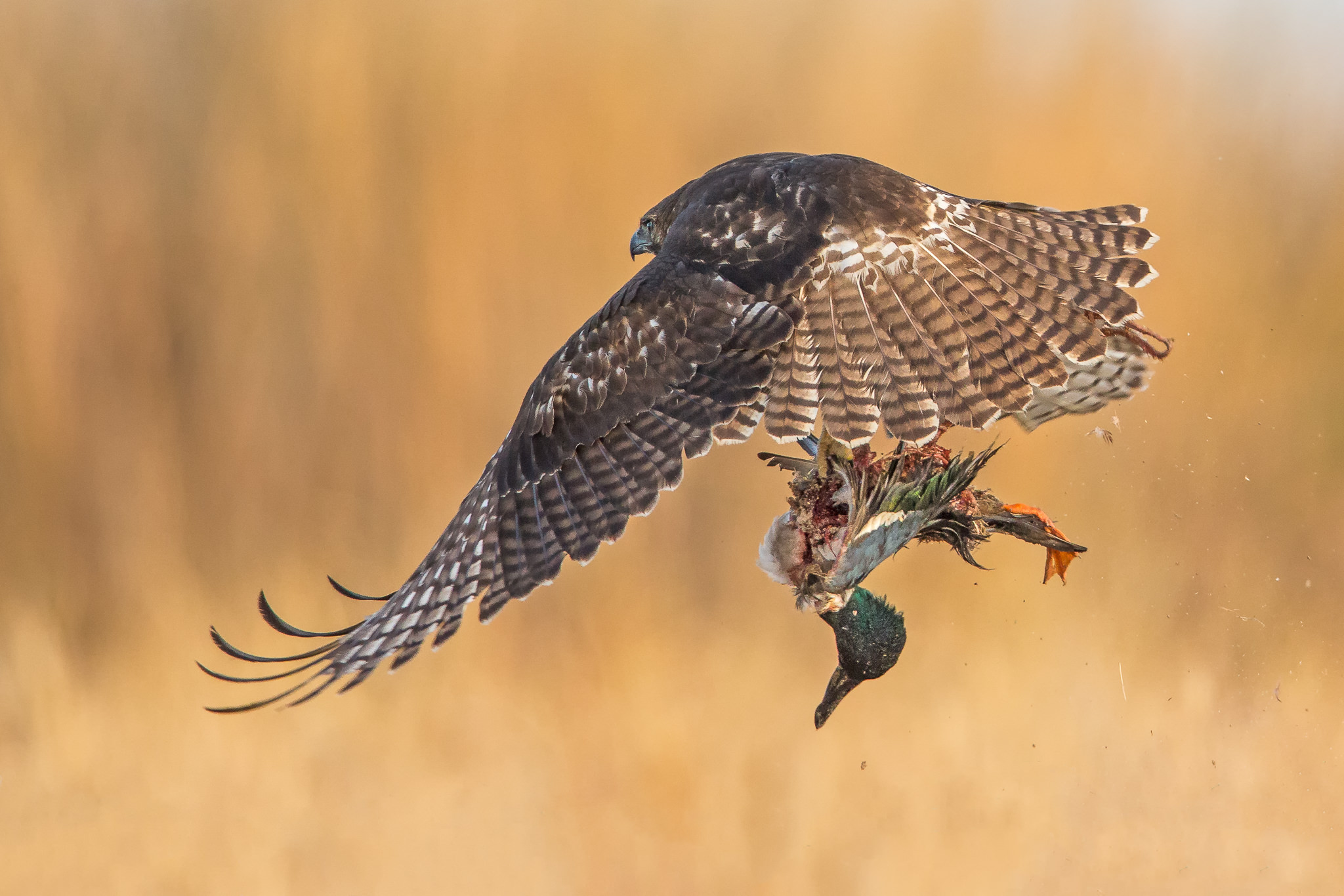 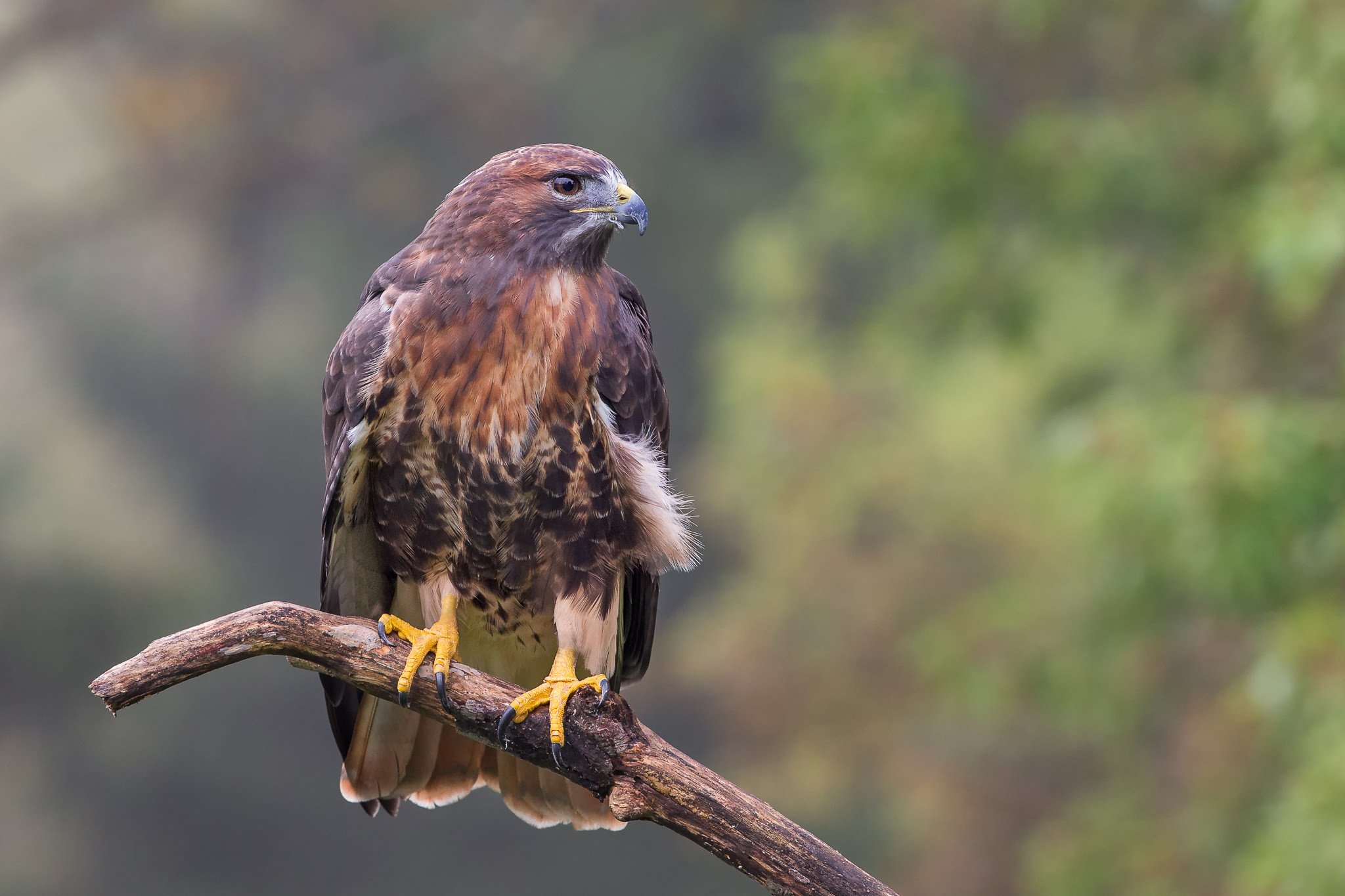