The chestnut-headed bee-eater (Merops leschenaulti) a.k.a. bay-headed bee-eater is a near passerine bird in the bee-eater family Meropidae. It is a resident breeder in the Indian subcontinent and adjoining regions, ranging from India east to Southeast Asia, including Thailand, Malaysia and Indonesia.

This species, like other bee-eaters, is a richly coloured, slender bird. It is predominantly green, with blue on the rump and lower belly. Its face and throat are yellow with a black eye stripe, and the crown and nape are rich chestnut. The thin curved bill is black. Sexes are alike, but young birds are duller.

This species is 18–20 cm long; it lacks the two elongated central tail feathers possessed by most of its relatives.

Forehead, crown, nape, lower face and ear-coverts bright chestnut ; lores black, continued as a band under the eye and ear-coverts ; wing-coverts, lower back and tertiaries green, the latter tipped with bluish; rump and upper tail-coverts pale shining blue; primaries and secondaries green, rufous on the inner webs, and all tipped dusky ; central tail-feathers bluish on the outer, and green on the inner webs ; the others green, margined on the inner web with brown and all tipped dusky ; sides of face, chin and throat yellow ; below this a broad band of chestnut extending to the sides of the neck and meeting the chestnut of the upper plumage ; below this again a short distinct band of black and then an ill-defined band of yellow ; remainder of lower plumage green, tipped with blue, especially on the vent and under tail-coverts.

The Javan sub-species, M. l. quinticolor, differs in having the whole space from the bill down to the black pectoral band pure yellow without any chestnut, and in having the tail blue.

This is a bird which breeds in sub-tropical open woodland, often near water. It is most common in highland areas. As the name suggests, bee-eaters predominantly eat insects, especially bees, wasps and hornets, which are caught in the air by sorties from an open perch.

These bee-eaters are gregarious, nesting colonially in sandy banks. They make a relatively long tunnel in which the 5 to 6 spherical white eggs are laid. Both the male and the female take care of the eggs. These birds also feed and roost communally. The call is similar to that of the European bee-eater. 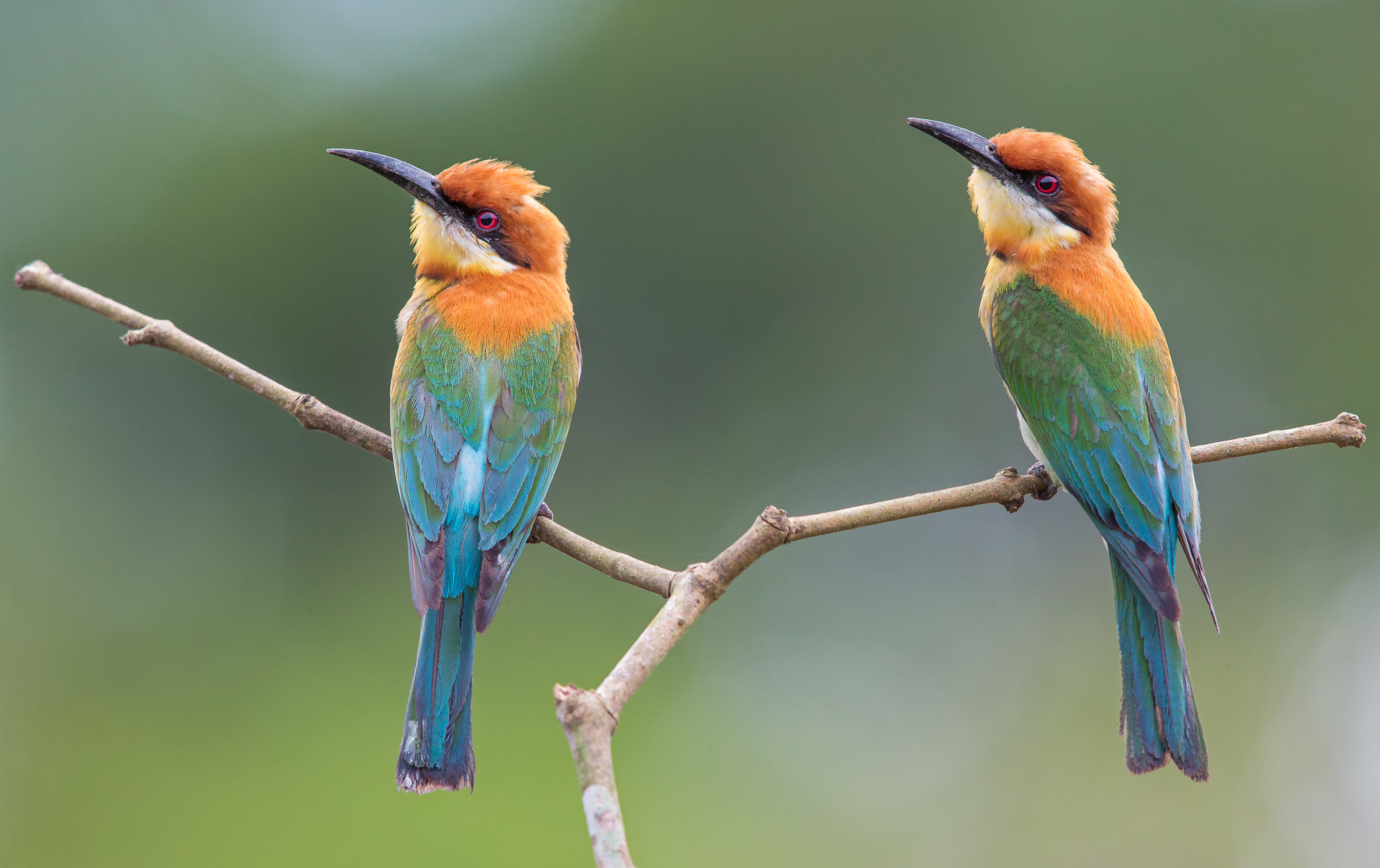 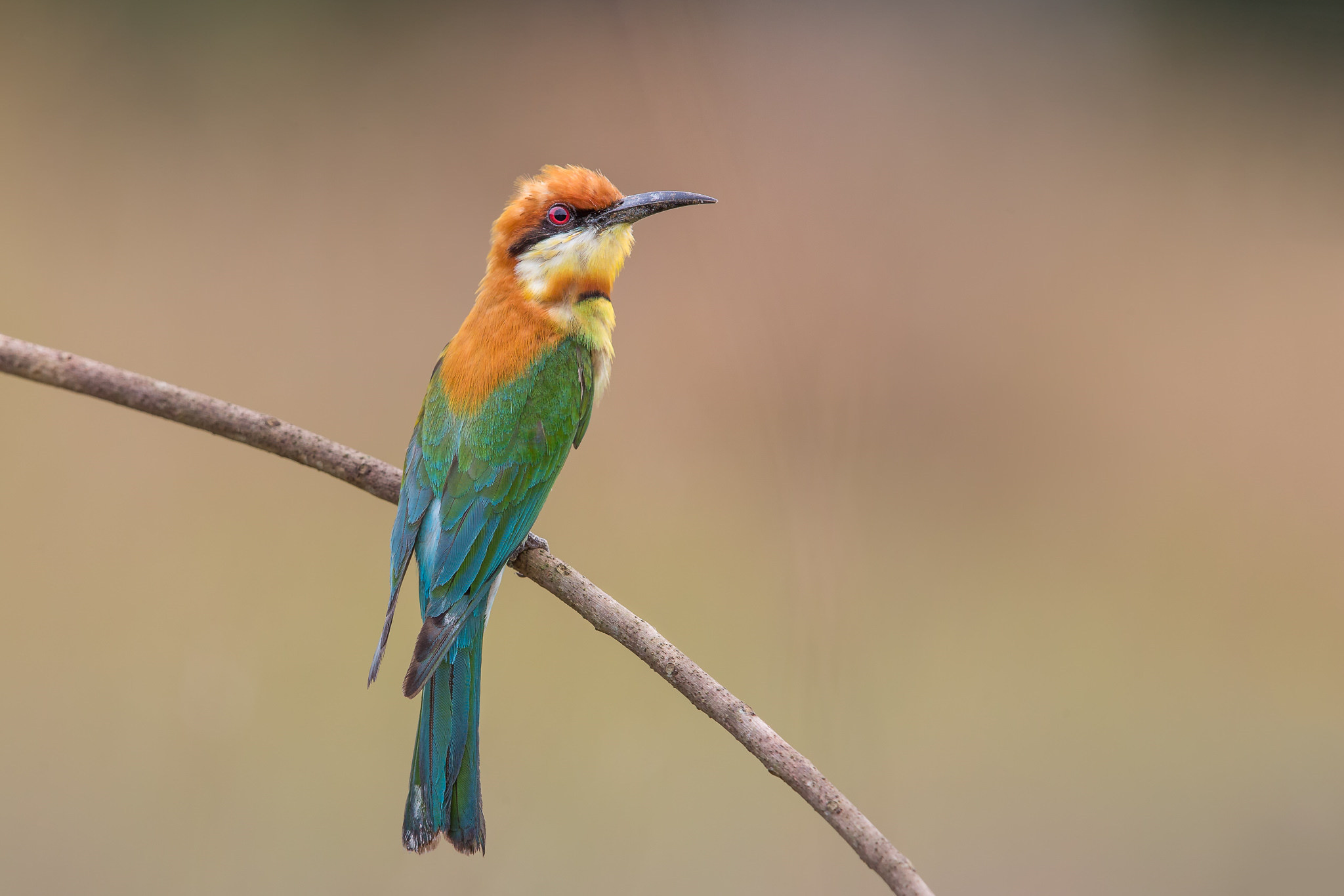