The black-naped monarch or black-naped blue flycatcher (Hypothymis azurea) is a slim and agile passerine bird belonging to the family of monarch flycatchers. They are sexually dimorphic with males having a distinctive black patch on the back of the head and a narrow black half collar (“necklace”) while the female is duller and lacks the black markings. They have a call that is similar to that of the Asian paradise flycatcher and in tropical forest habitats pairs may join mixed-species foraging flocks. Populations differ slightly in plumage colour and sizes. The adult male black-naped monarch is about 16 cm long, and is mainly pale azure blue apart from a whitish lower belly. It has a black nape and a narrow black gorget. The female is duller and lacks the black markings. Her wings and back are grey-brown. There are however several geographically separated breeding populations that differ in the extent and shade of markings. The Indian peninsula (includes sykesi of Stuart Baker) has subspecies styani which has the black markings very distinct. Males of the Sri Lankan race H. a. ceylonensis lack the black nape and gorget and the shade is more purplish. The subspecies of the Andaman Islands, tytleri, has the underparts blue grey. The form on Car Nicobar Island idiochroa has a greyish white belly while nicobarica from the southern Nicobars has a smaller and finer bill. The colour of the gape is yellowish to green.

The black-naped monarch breeds across tropical southern Asia from India and Sri Lanka east to Indonesia and the Philippines. This species is usually found in thick forests and other well-wooded habitats.

The calls are a sharp and abrupt skrip. The main breeding season in India is in summer from May to July. Two to three eggs are laid in a cup nest placed in the fork of a tree. The nest is decorated with spider egg-cases.

The black-naped monarch has short legs and sits very upright whilst perched prominently, like a shrike. It is insectivorous, often hunting by flycatching. When alarmed or alert, the nape feathers are raised into a pointed crest. They will join mixed-species foraging flocks and are active in the understory of the canopy.

Although they are largely residents, local seasonal movements are known. The breeding season in India is March to August and the nest is neat cup placed in a fork. The nest is built by the female while the male guards. The typical clutch is of three eggs with both parents incubate and feed the young which hatch after about 12 days.

The webs of large spiders such as Nephila maculata have been known to trap the bird. 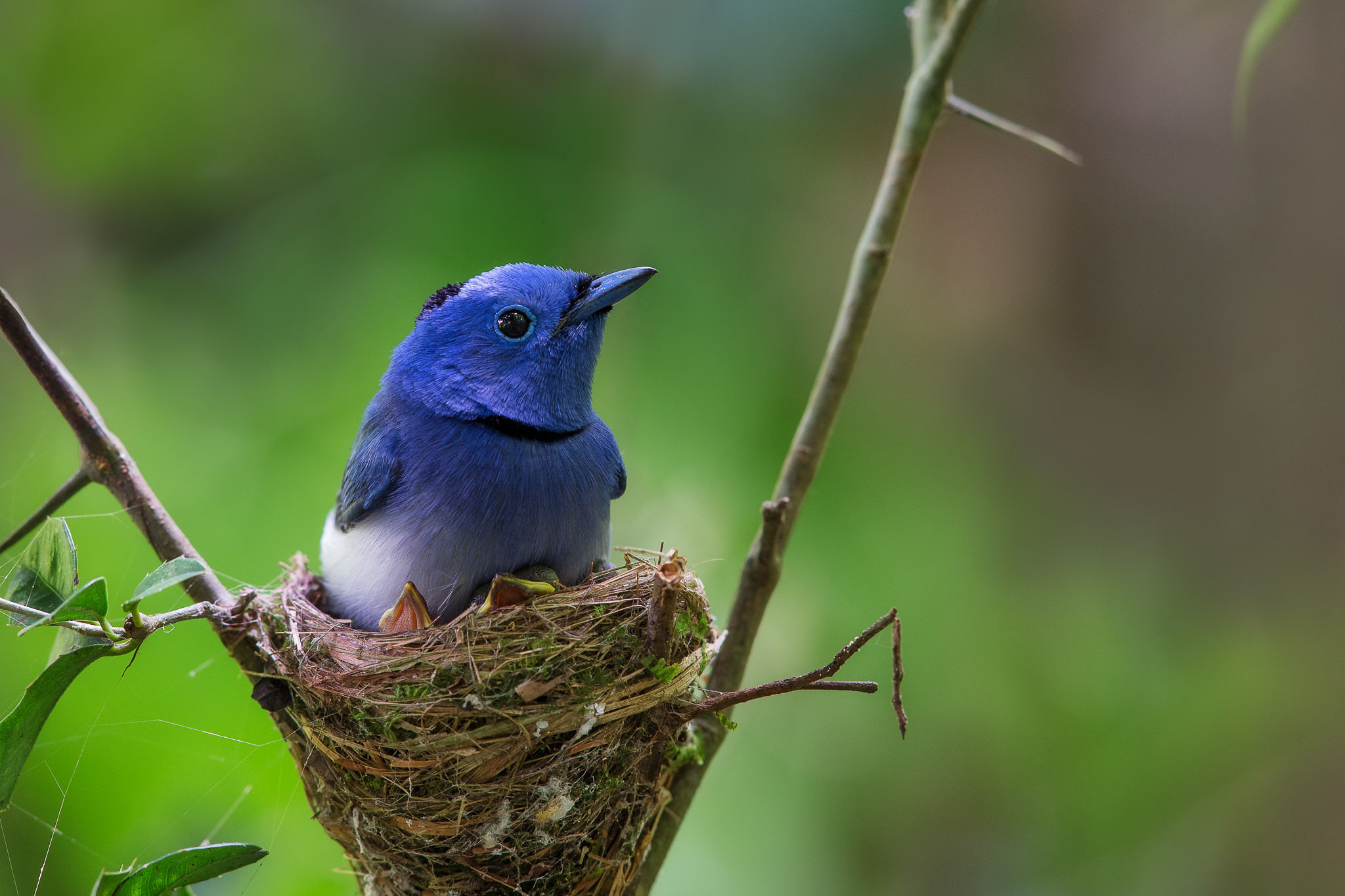 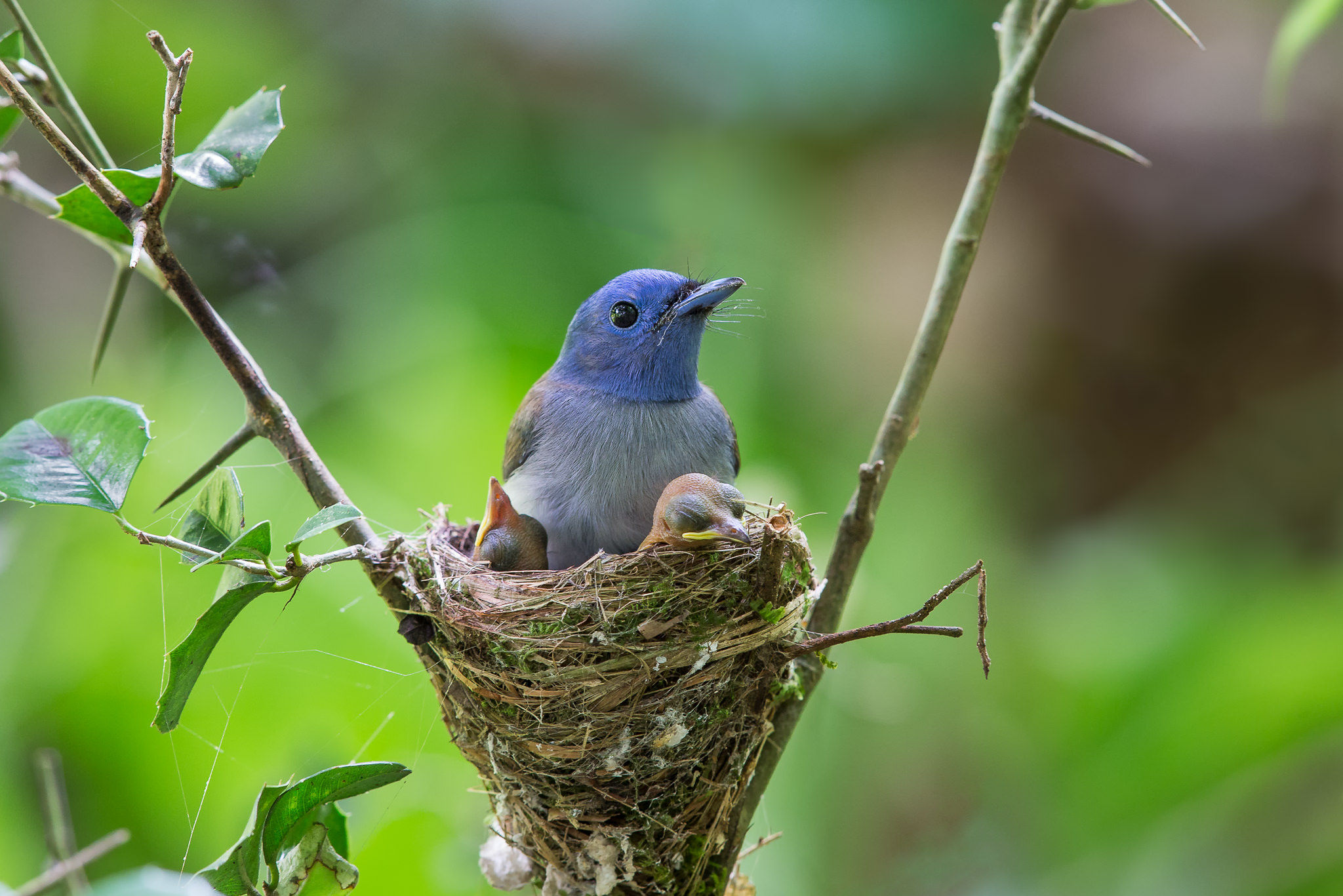 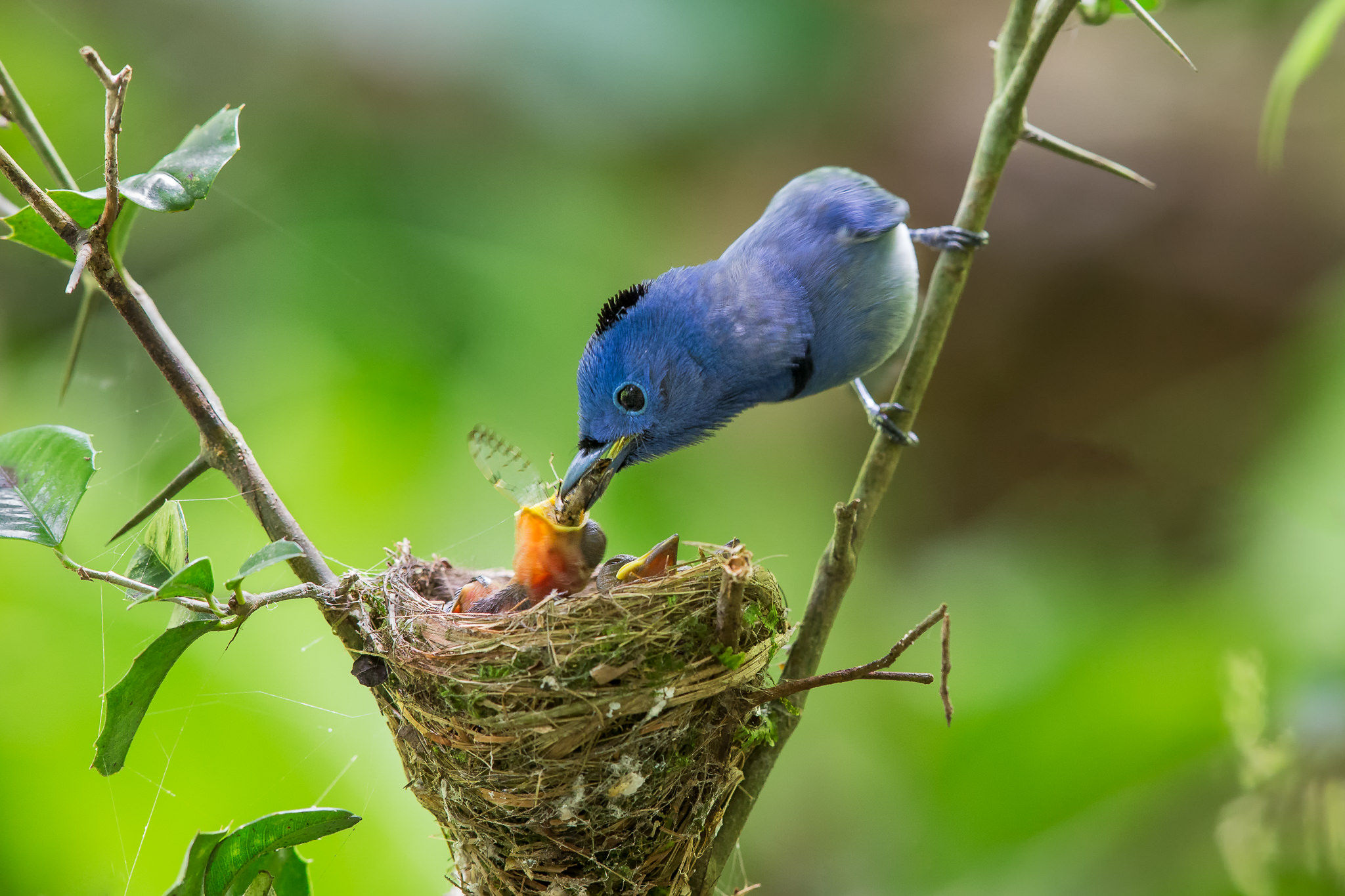 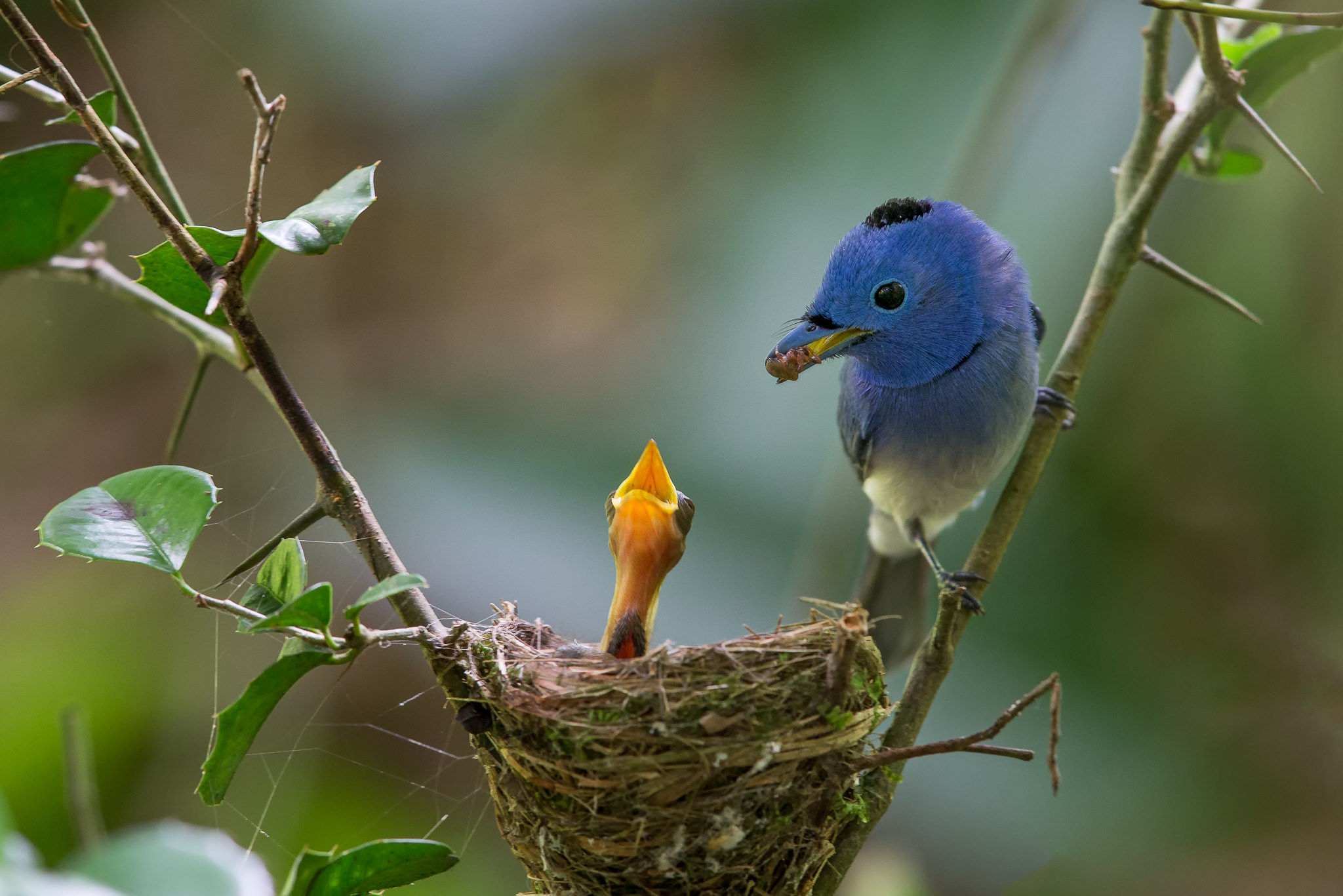