The varied thrush is a fairly large thrush species. It can range from 20 to 26 cm (7.9 to 10.2 in) in length and can span 34 to 42 cm (13 to 17 in) across the wings. Body mass can vary from 65 to 100 g (2.3 to 3.5 oz). Among standard measurements, the wing chord is 11.8 to 13.6 cm (4.6 to 5.4 in), the bill is 1.8 to 2.3 cm (0.71 to 0.91 in) and the tarsus is 2.9 to 3.3 cm (1.1 to 1.3 in). It is similar in size to the widespread American robin, though the varied is on average shorter with a heavier, more robust build. In general, varied thrushes feature intense orange and black feathers. Adult males exhibit medium orange with a curved gray pattern at the breasts and throats, with grayish-blue tail ends, scruffs, and crowns. They also possess a tufted supraloral stripe and streaks of dark colors on its flight feathers. Its bill is also achromatic, but tan near the bottom of the lower jaw. Its legs are often tawny or dark brown. Females’ markings are not as well-defined, with olive-browns and grays, brown hind feathers, and indiscernible gray-brown plumage near the breasts. Young varied thrushes are generally brown, though their stomach feathers are white, and initially harbor two orange stripes at the covert feathers.

There is an extremely rare variant of this species in which all the orange in the plumage is replaced by white. A very rare British vagrant in 1982 was of this type, leading to speculation that whatever mutation causes the colour variation also affects the navigational abilities of this thrush. There have been only five recorded sightings since 1921.
The varied thrush breeds in western North America from Alaska to northern California. It is migratory, with northern breeders moving south within or somewhat beyond the breeding range. Other populations may only move altitudinally. This species is an improbable transatlantic vagrant, but there is an accepted western European record in Great Britain in 1982. 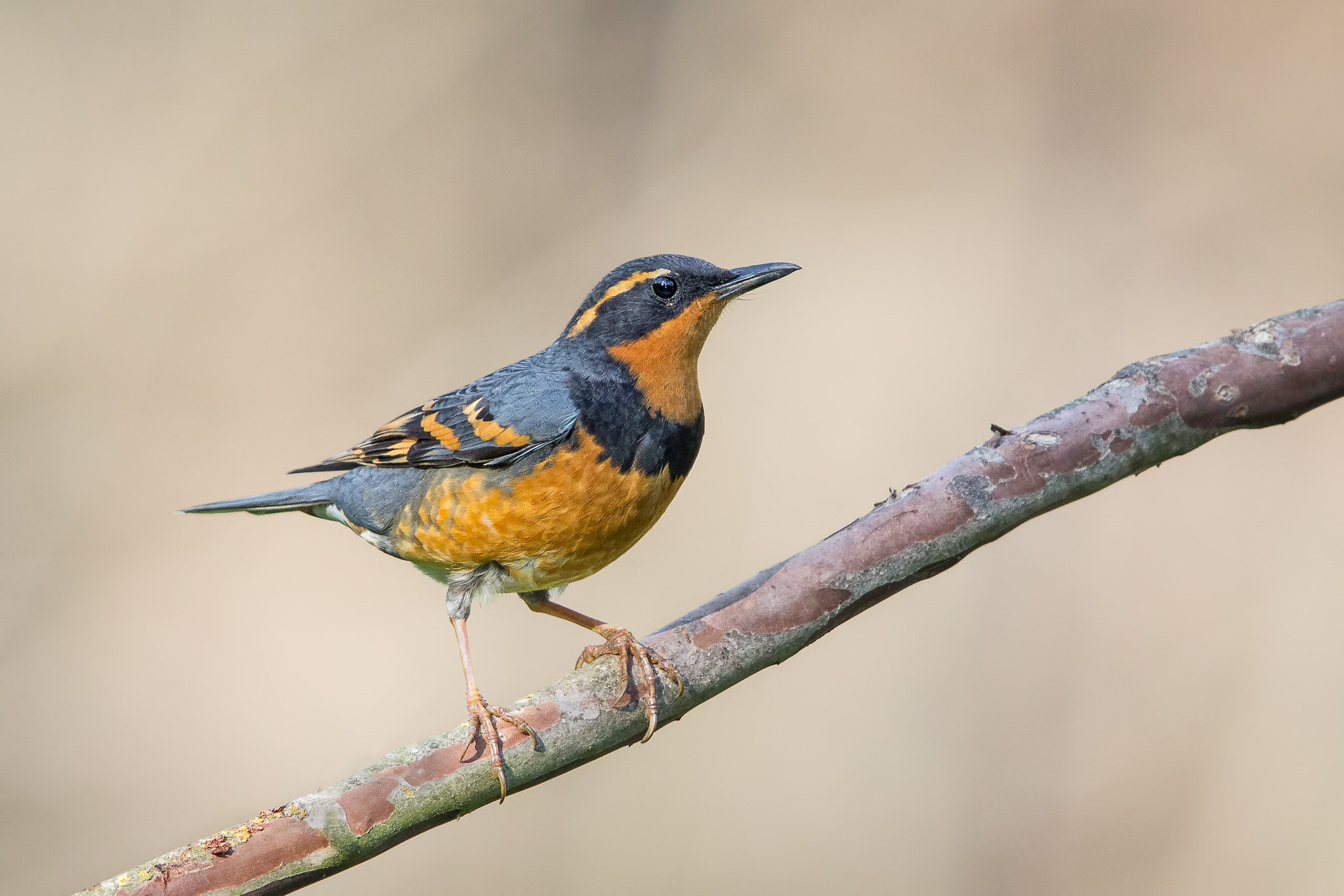