The leafbirds (Chloropseidae) are a family of small passerine bird species found in India, Sri Lanka and Southeast Asia. They are one of only three bird families that are entirely endemic to the Indomalayan ecozone. They were formerly grouped with the ioras and fairy-bluebirds in the family Irenidae. As presently defined, the leafbird family is monogeneric, with all species placed in the genus Chloropsis.

The leafbirds range in size from 14 to 21 cm (5.5–8.3 in), and in weight from 15 to 48 g (0.53–1.69 oz). They resemble bulbuls, but whereas that group tends to be drab in colour, leafbirds are brightly plumaged, with the predominant green over the body giving rise to their common name. The family is mostly sexually dimorphic in their plumage, this can vary from the highly dimorphic orange-bellied leafbird to the Philippine leafbird, which exhibits no sexual dimorphism. Most of the differences between the sexes are in the extent of the other colours in the plumage, particularly in the colours around the head and the blue or black face mask, with females have less colour and a less extensive (or absent) mask. Some species have blue on the wings and tail. The plumage of juvenile birds is a duller version of the female’s. To human ears, their songs are melodious, and several species are good mimics. The calls include whistles and chatters.

Like bulbuls, leafbirds drop many body feathers when they are handled. This may confuse predators, especially snakes. 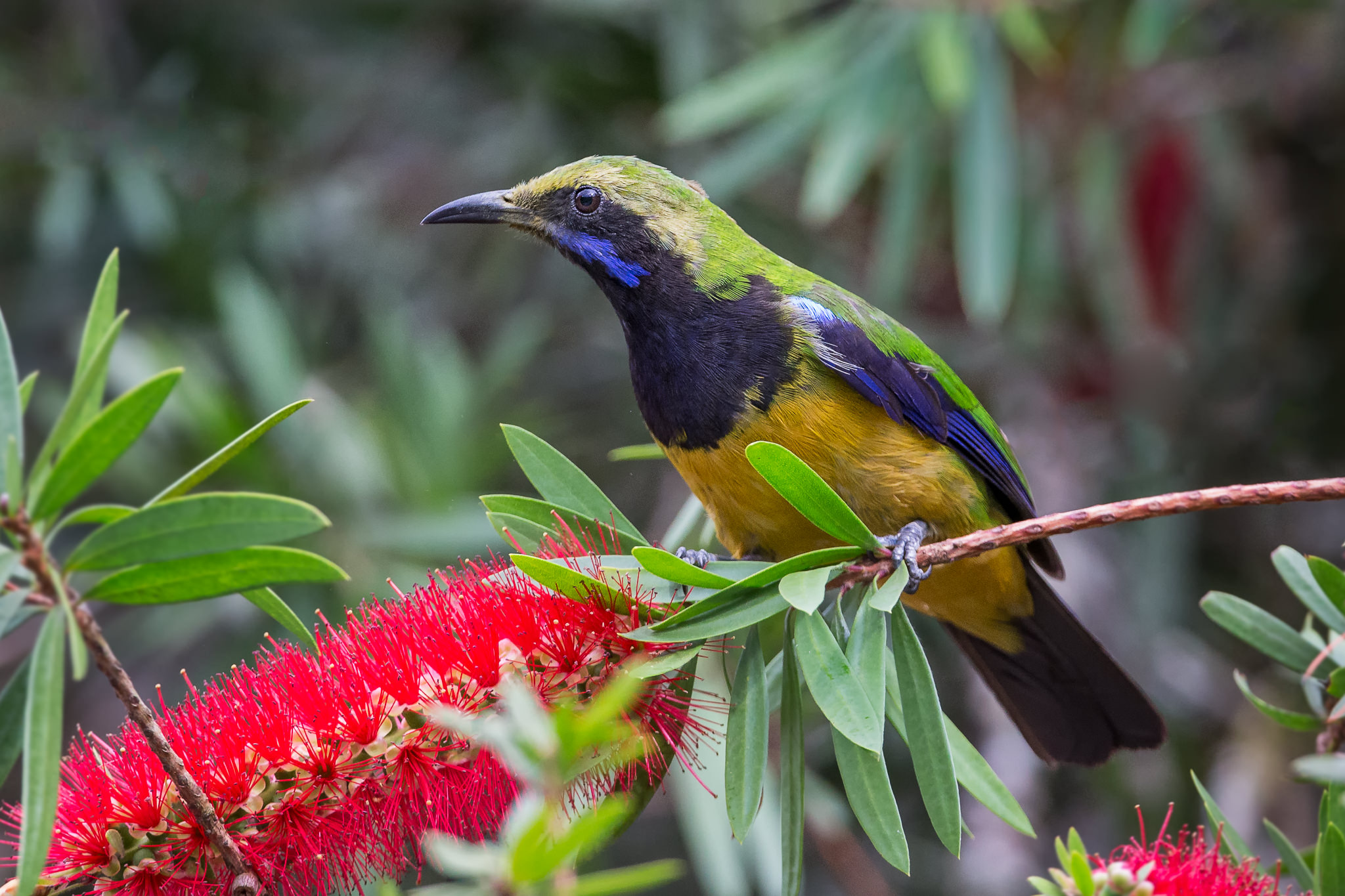