The black-crested titmouse (Baeolophus atricristatus) (also known as the Mexican titmouse), is a small songbird, a passerine bird in the tit family Paridae. Once considered a subspecies of the tufted titmouse (B. bicolor), it was recognized as a separate species in 2002. It is native to southern Texas, Oklahoma, and east-central Mexico. Vagrants have been seen as far north and east as St. Louis, Missouri.

The bird is 5.5 to 6.0 in (14 to 15 cm) long, with rusty flanks, gray upperparts, and a whitish belly. The male has a long, dark black crest that is usually erect, while the female’s crest is not as dark. It is common wherever trees grow, whether they are deciduous, heavy timber, or urban shade trees. Its call peter, peter, peter is similar to that of the tufted titmouse, but shorter. Its diet consists of berries, nuts, spiders, insects, and insect eggs.

The black-crested titmouse nests in tree cavities, telephone poles, fence posts, and bird boxes. The eggs, four to seven of which are laid in March or April, are white with reddish-brown spots. 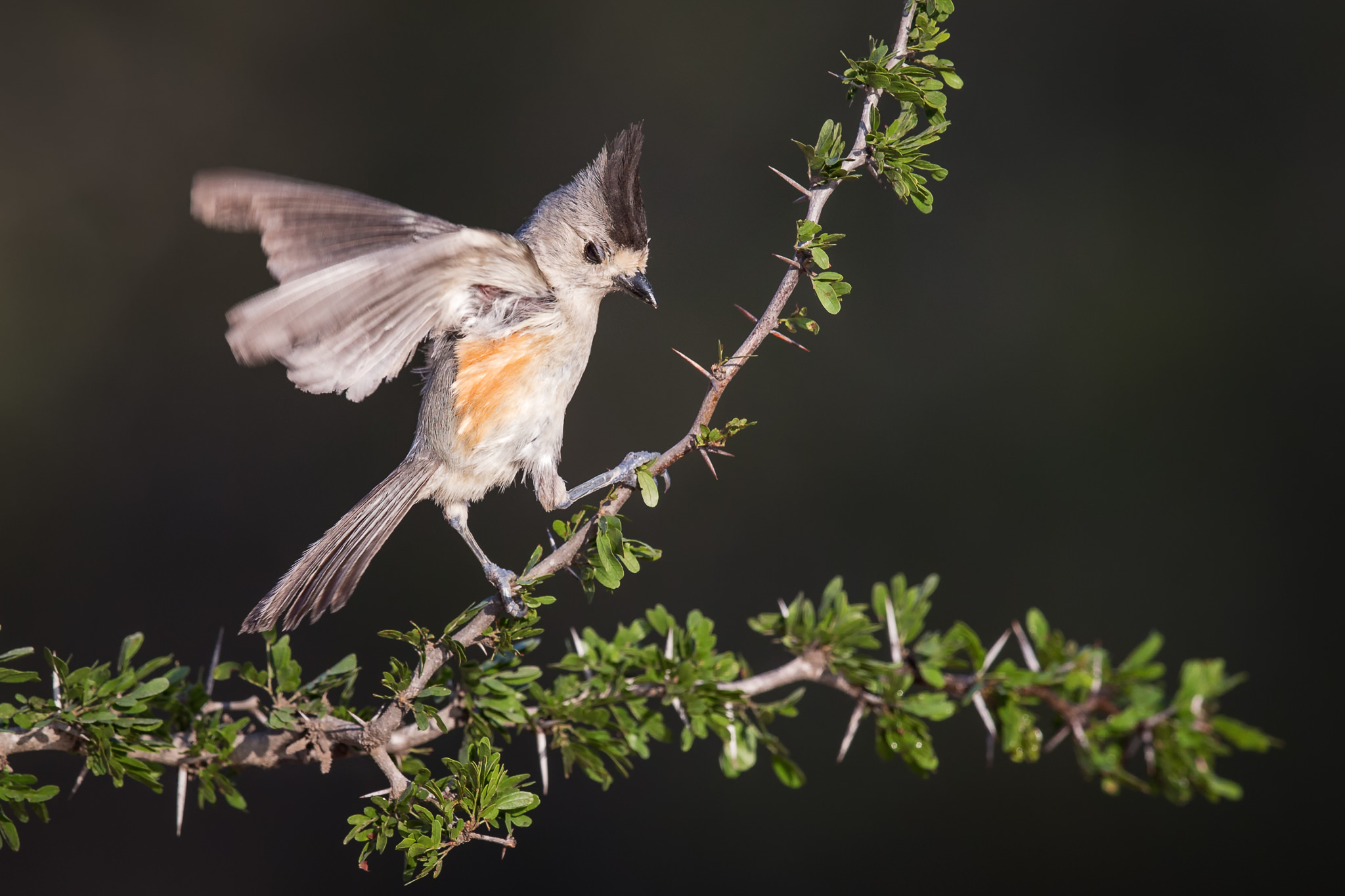