The American bittern (Botaurus lentiginosus) is a species of wading bird of the heron family (Ardeidae). It has a Nearctic distribution, breeding in Canada and the northern and central parts of the United States, and wintering in the southern United States, the Caribbean islands and parts of Central America.

It is a well-camouflaged, solitary brown bird that unobtrusively inhabits marshes and the coarse vegetation at the edge of lakes and ponds. In the breeding season it is chiefly noticeable by the loud, booming call of the male. The nest is built just above the water, usually among bulrushes and catstails, where the female incubates the clutch of olive-buff eggs for about four weeks. The young leave the nest after two weeks and are fully fledged at six or seven weeks.

The American bittern feeds mostly on fish, but also eats other small vertebrates as well as crustaceans and insects. It is fairly common over its wide range but its numbers are thought to be decreasing, especially in the south, due to habitat degradation. However the total population is large, and the International Union for Conservation of Nature has assessed its conservation status as being of “Least Concern”.

The American bittern is a large, chunky, brown bird, very similar to the Eurasian bittern (Botaurus stellaris), though slightly smaller, and the plumage is speckled rather than being barred.

The crown is chestnut-brown with the centers of the feathers being black. The side of the neck has a bluish-black elongated patch which is larger in the male than in the female. The hind neck is olive and the mantle and scapulars are dark chestnut-brown, barred and speckled with black, some feathers being edged with buff. The back, rump and upper tail-coverts are similar in color but more-finely speckled with black and with grey bases to the feathers. The tail feathers are chestnut-brown, with speckled edges, and the primaries and secondaries are blackish-brown with buff or chestnut tips. The cheeks are brown and there is a buff superciliary stripe and a similarly colored mustachial stripe. The chin is creamy-white with a chestnut central stripe, and the feathers of the throat, breast and upper belly are buff and rust-colored, finely outlined with black, giving a striped effect to the underparts. The eye is surrounded by yellowish skin and the iris is pale yellow. The long, robust bill is yellowish-green, the upper mandible being darker than the lower, and the legs and feet are also yellowish-green. Juveniles resemble adults but the sides of their necks are less olive. 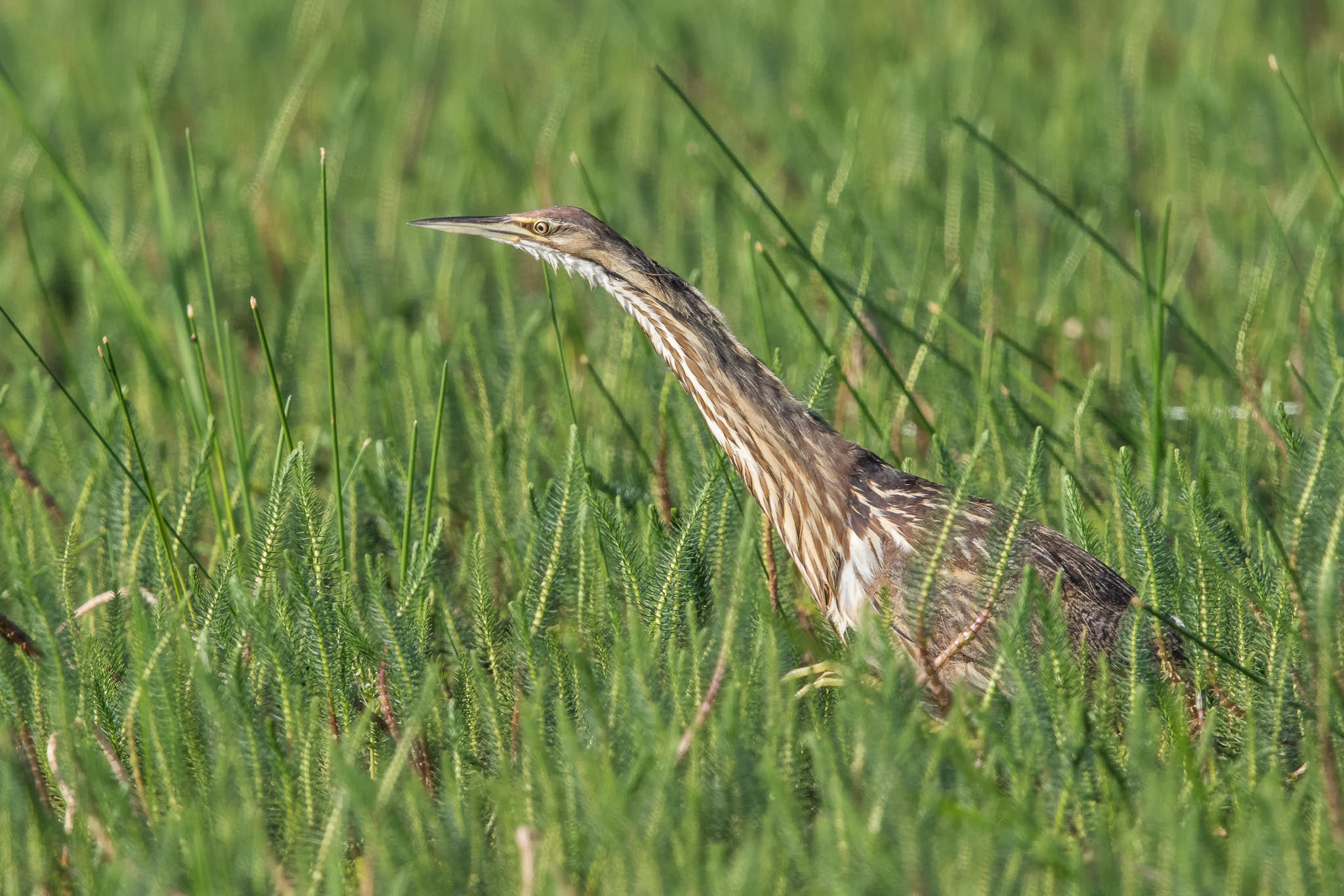 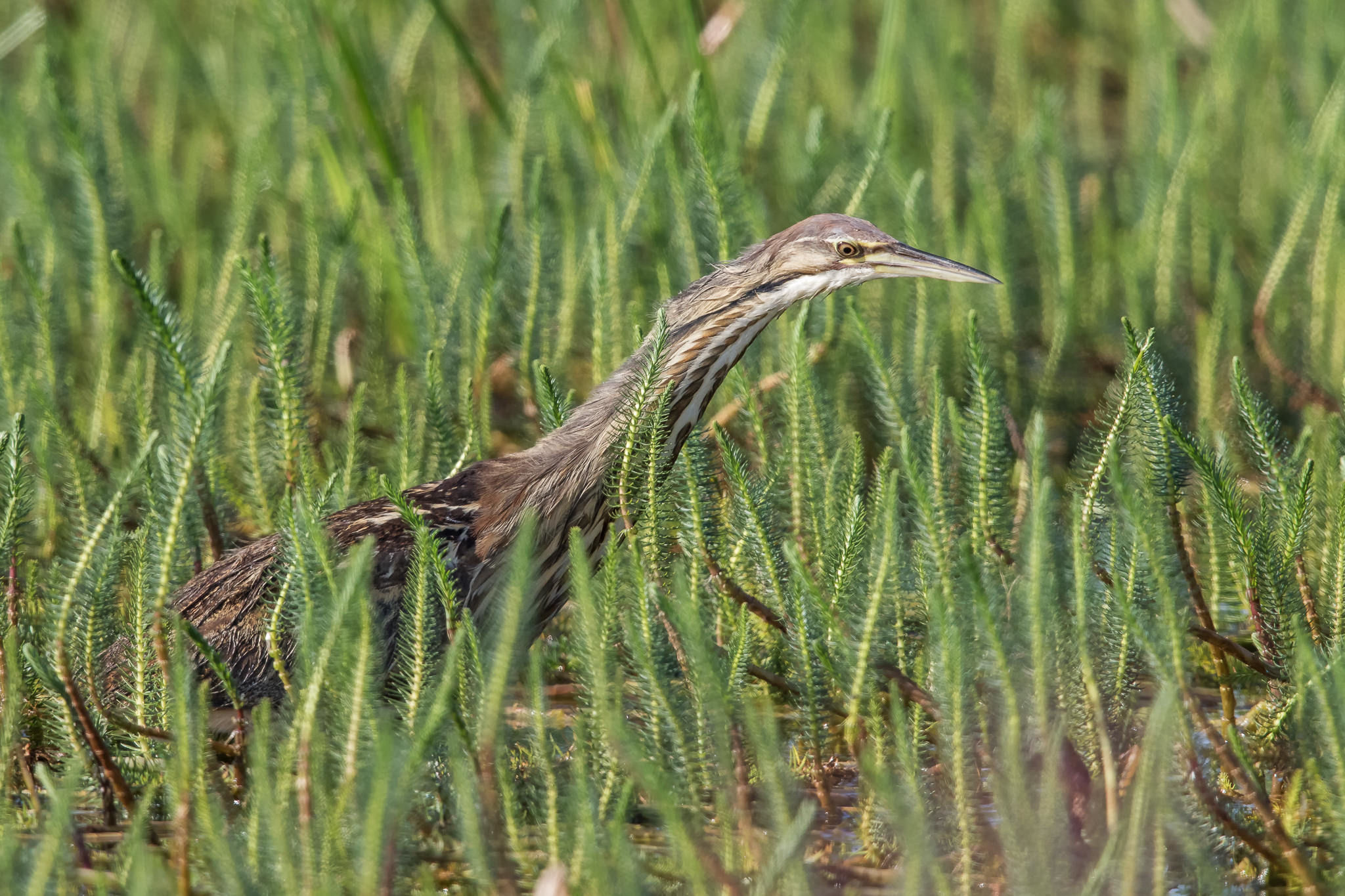