As the name suggests, bee-eaters predominantly eat flying insects, especially bees and wasps, which are caught in the air by sallies from an open perch. While they pursue any type of flying insect, honey bees predominate in their diet. Hymenoptera (ants, bees and wasps) comprise from 20% to 96% of all insects eaten, with honey bees comprising approximately one-third of the Hymenoptera.

Before eating its meal, a bee-eater removes the stinger by repeatedly hitting and rubbing the insect on a hard surface. During this process, pressure is applied to the insect thereby extracting most of the venom. Notably, the birds only catch prey that are on the wing and ignore flying insects once they land.

Bee-eaters are gregarious. They form colonies by nesting in burrows tunnelled into the side of sandy banks, such as those that have collapsed on the edges of rivers. Their eggs are white and they generally produce 2–9 eggs per clutch (depending on species). As they live in colonies, large numbers of these holes are often seen together, white streaks from their accumulated droppings accentuating the entrances to the nests. Most of the species in the family are monogamous, and both parents care for the young, sometimes with the assistance of other birds in the colony, a behavior considered unusual for birds.

The blue-tailed bee-eater (Merops philippinus) is a near passerine bird in the bee-eater family Meropidae. It breeds in southeastern Asia. It is strongly migratory, seen seasonally in much of peninsular India.

This species is sometimes considered to be conspecific with the blue-cheeked bee-eater, M. persicus.

This species, like other bee-eaters, is a richly coloured, slender bird. It is predominantly green; its face has a narrow blue patch with a black eye stripe, and a yellow and brown throat; the tail is blue and the beak is black. It can reach a length of 23–26 cm, including the two elongated central tail feathers. Sexes are alike.

This is a bird which breeds in sub-tropical open country, such as farmland, parks or ricefields. It is most often seen near large waterbodies. Like other bee-eaters it predominantly eats insects, especially bees, wasps and hornets, which are caught in the air by sorties from an open perch.This species probably takes bees and dragonflies in roughly equal numbers. The insect that are caught are beaten on the perch to kill and break the exoskeleton. This habit is seen in many other members of the coraciiformes order.

These bee-eaters are gregarious, nesting colonially in sandy banks or open flat areas. They make a relatively long tunnel in which the 5 to 7 spherical white eggs are laid. Both the male and the female take care of the eggs. These birds also feed and roost communally. The call is similar to that of the European bee-eater. 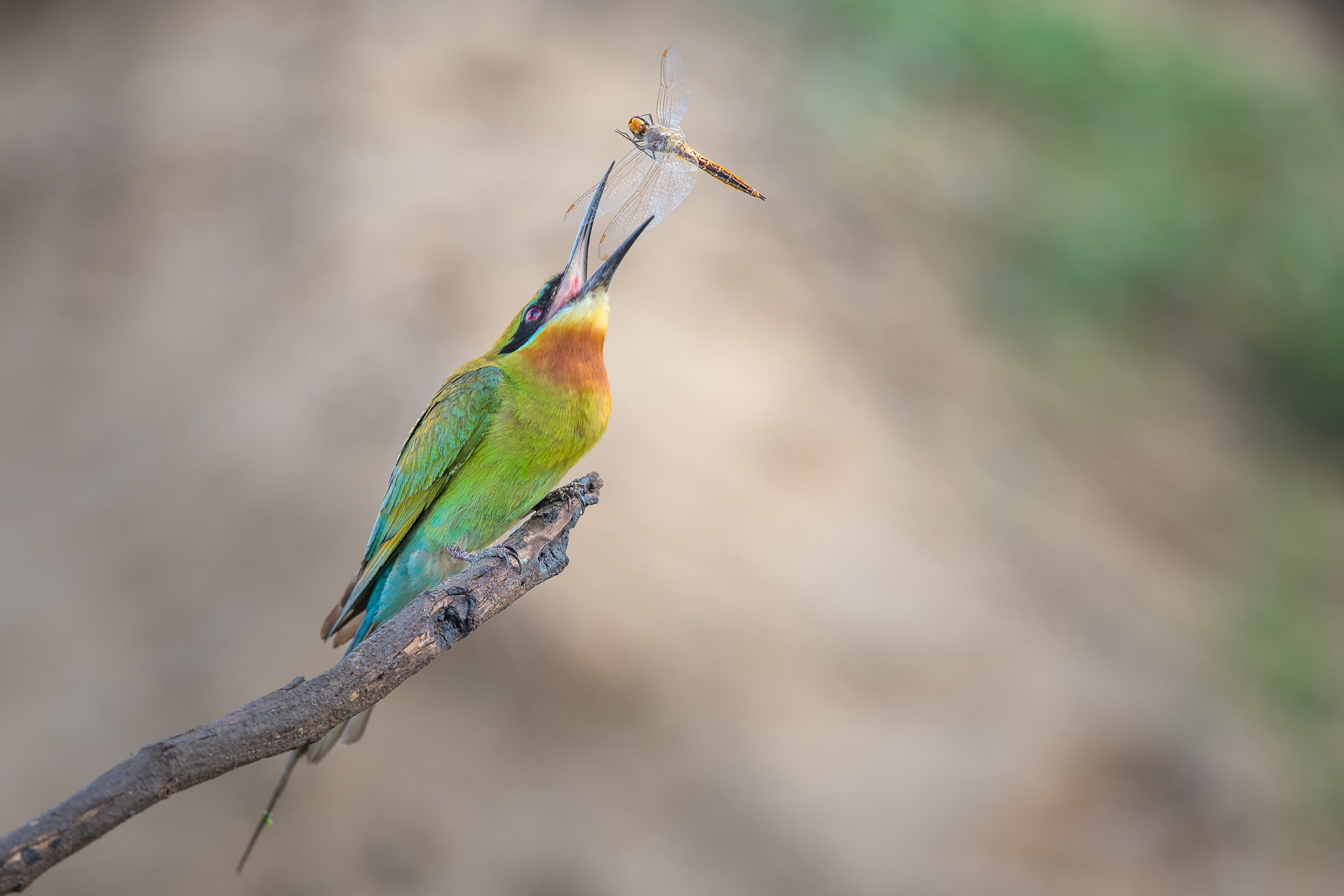 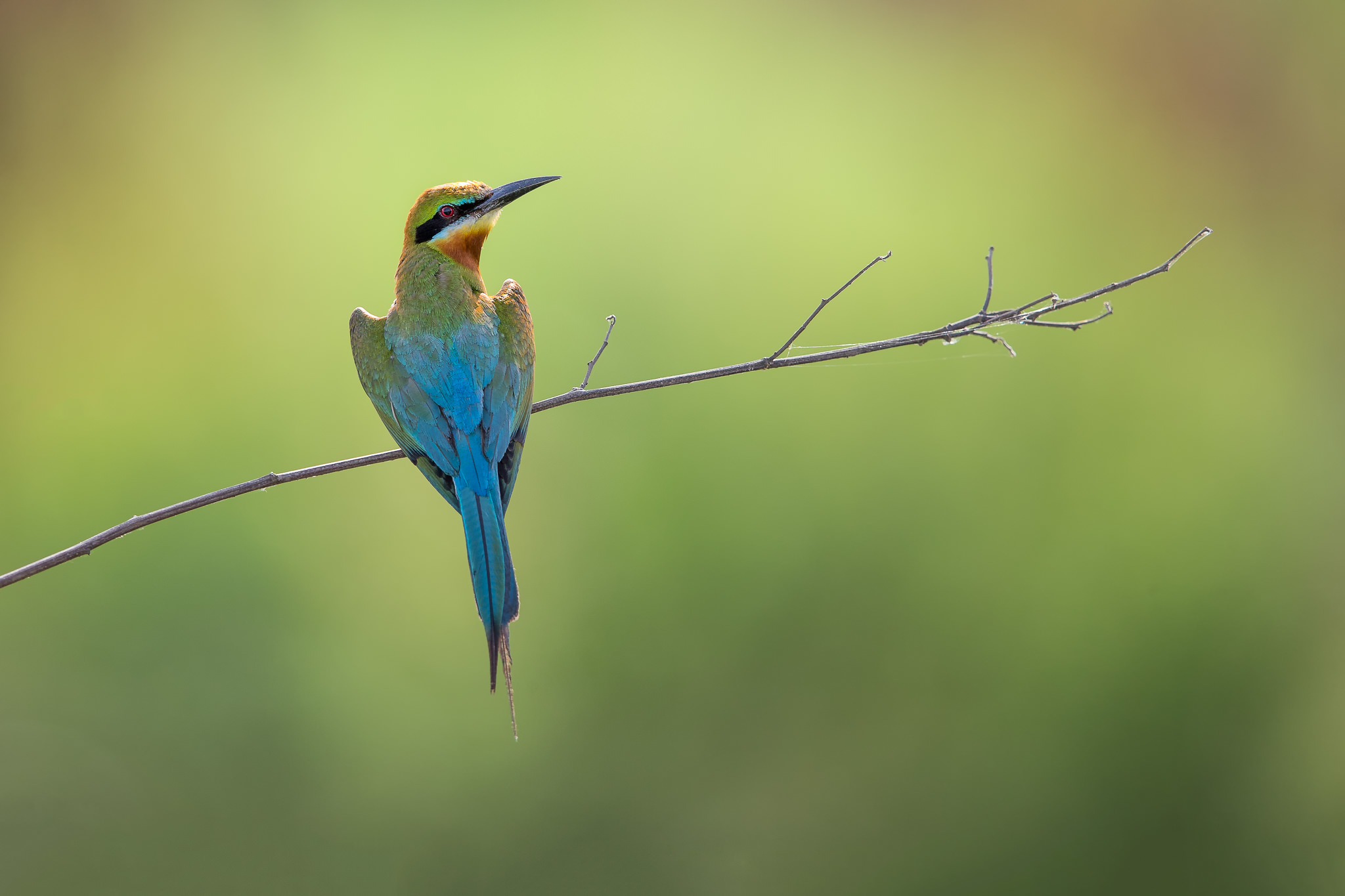 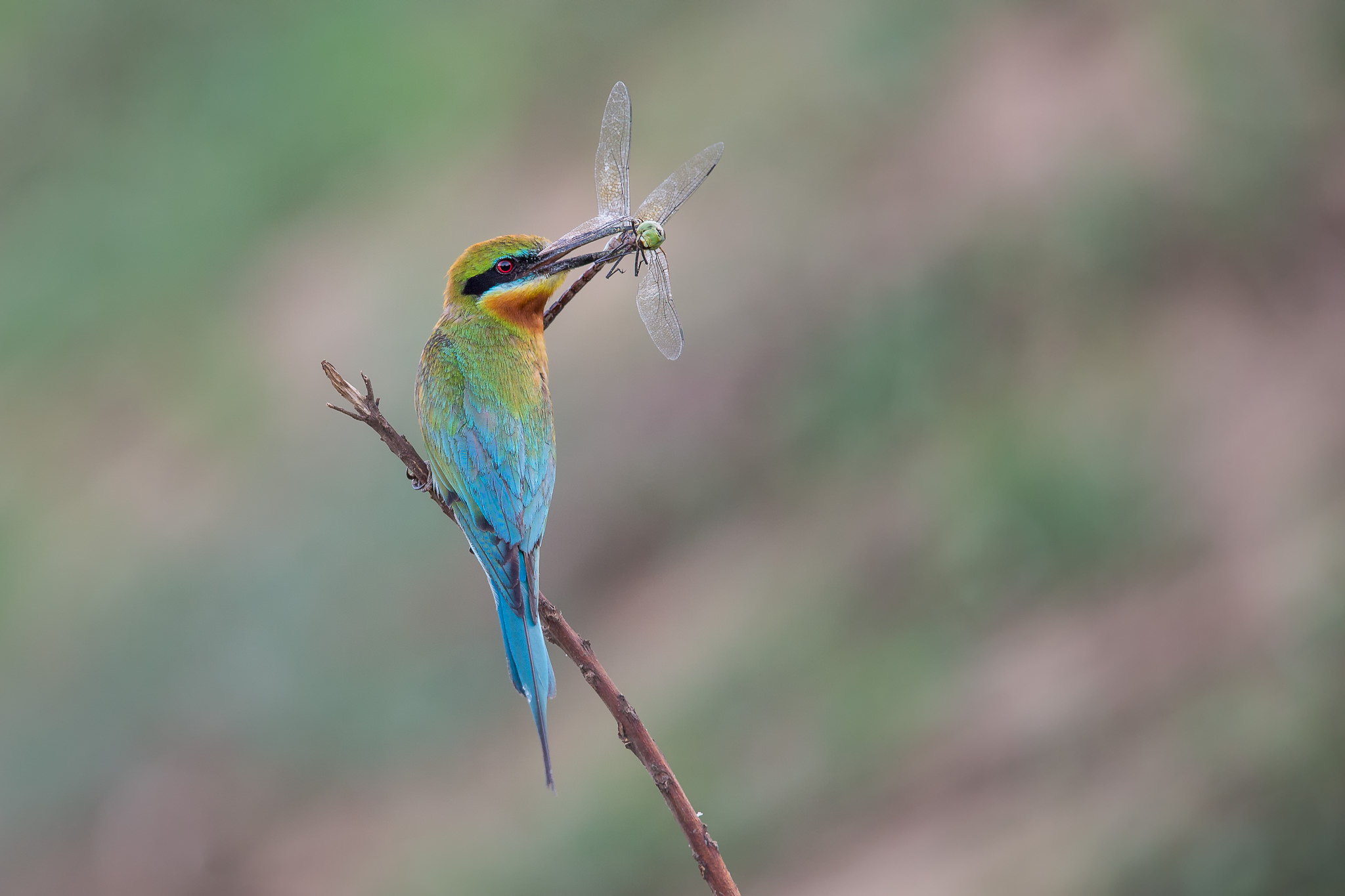 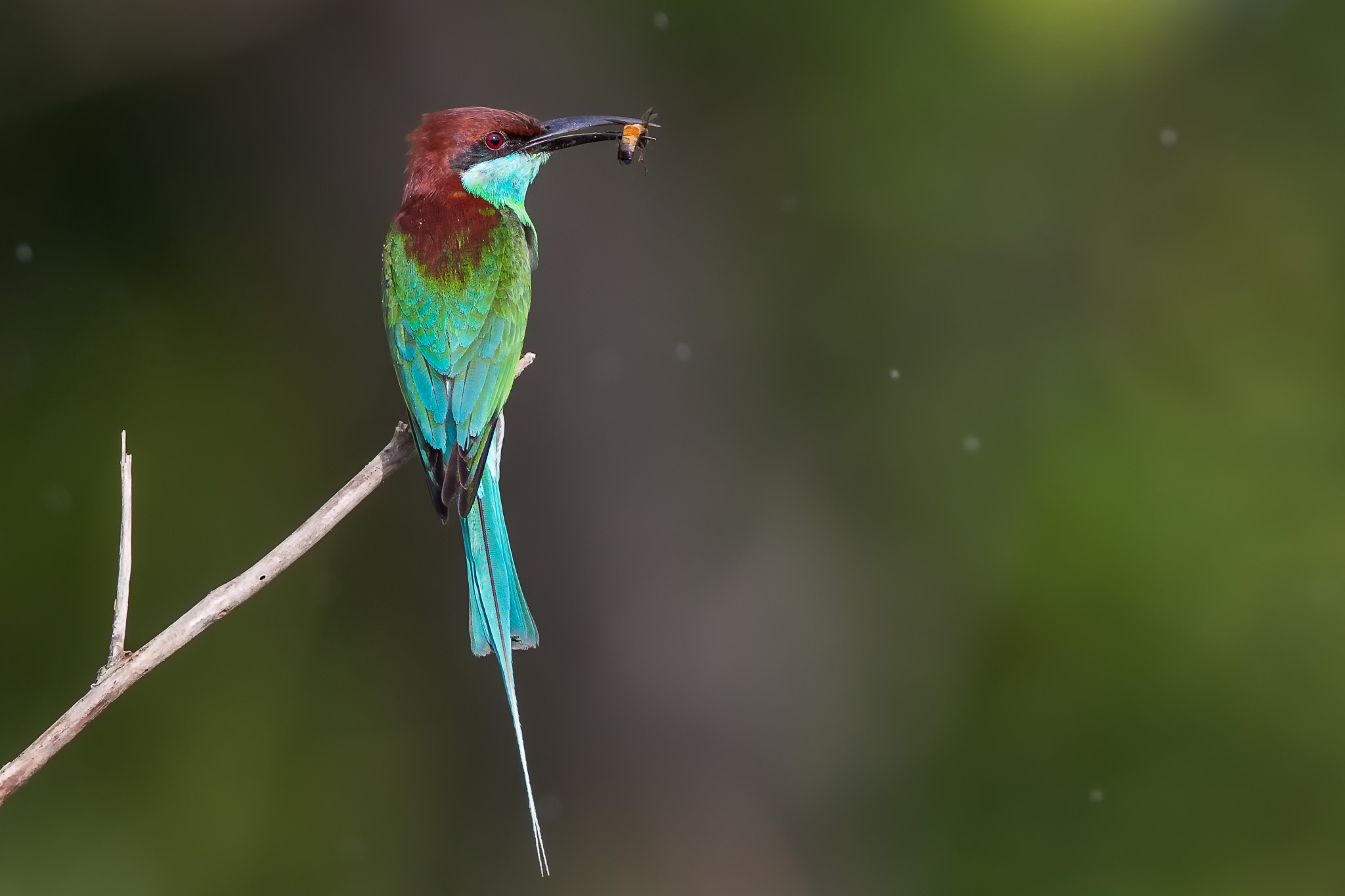 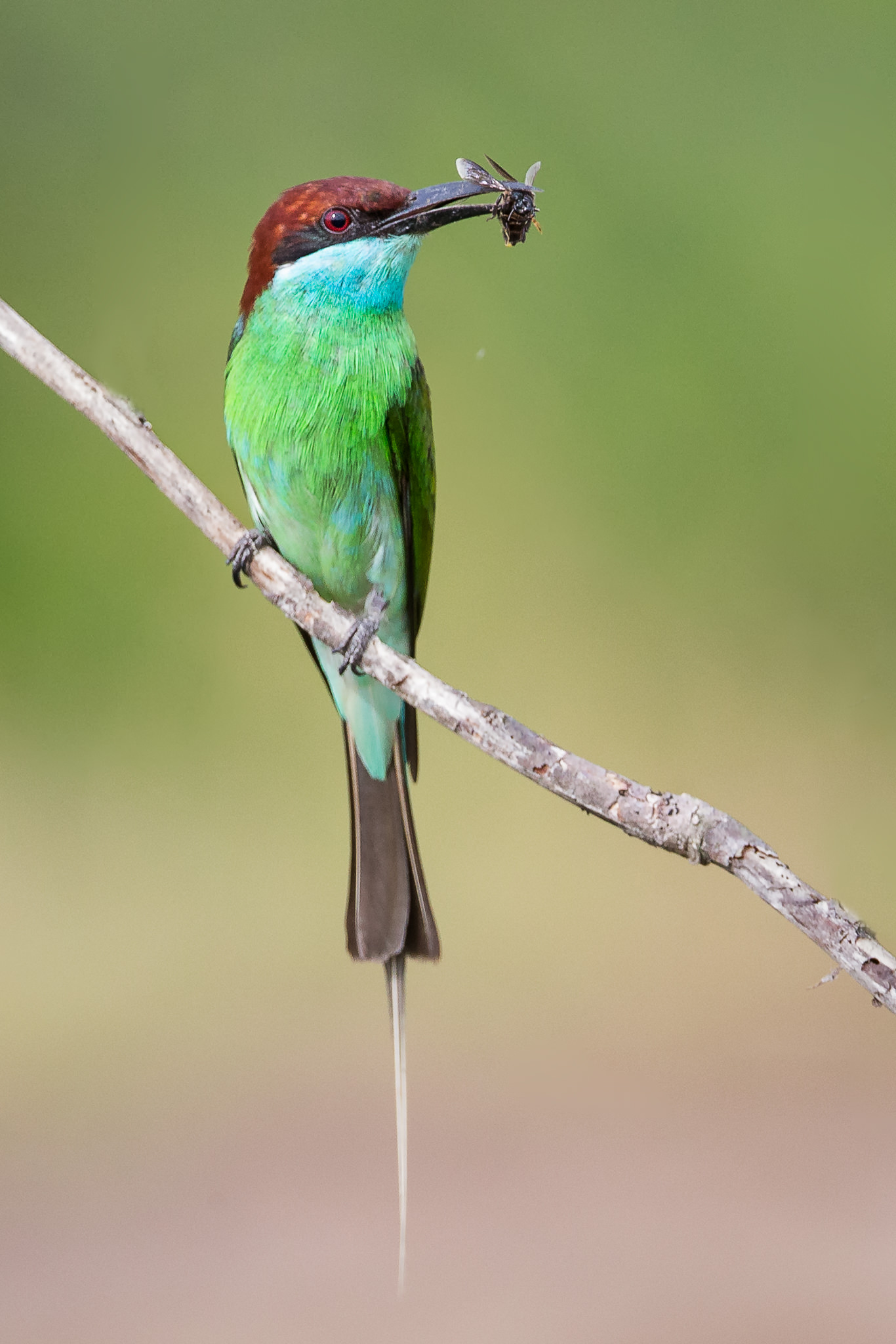 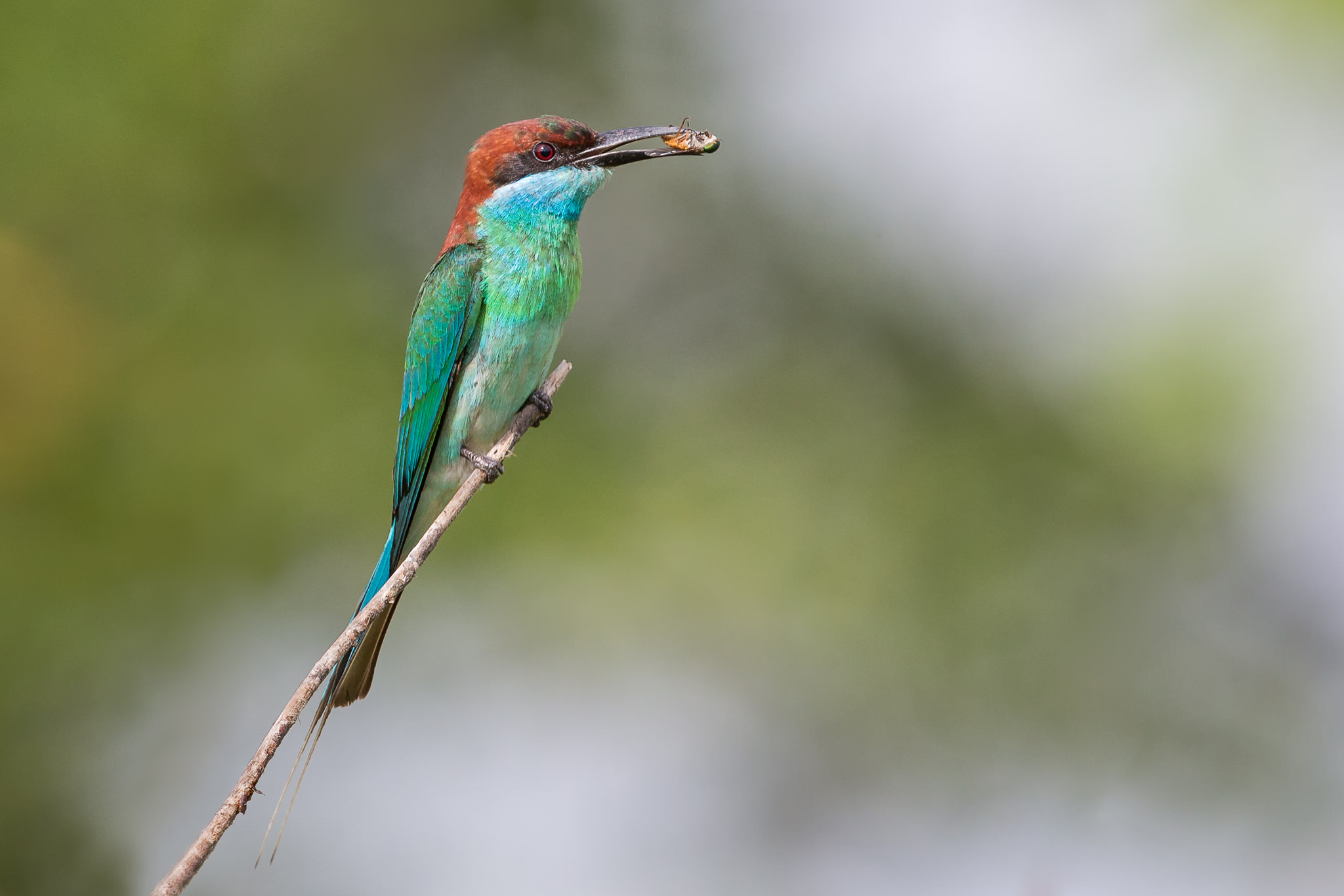 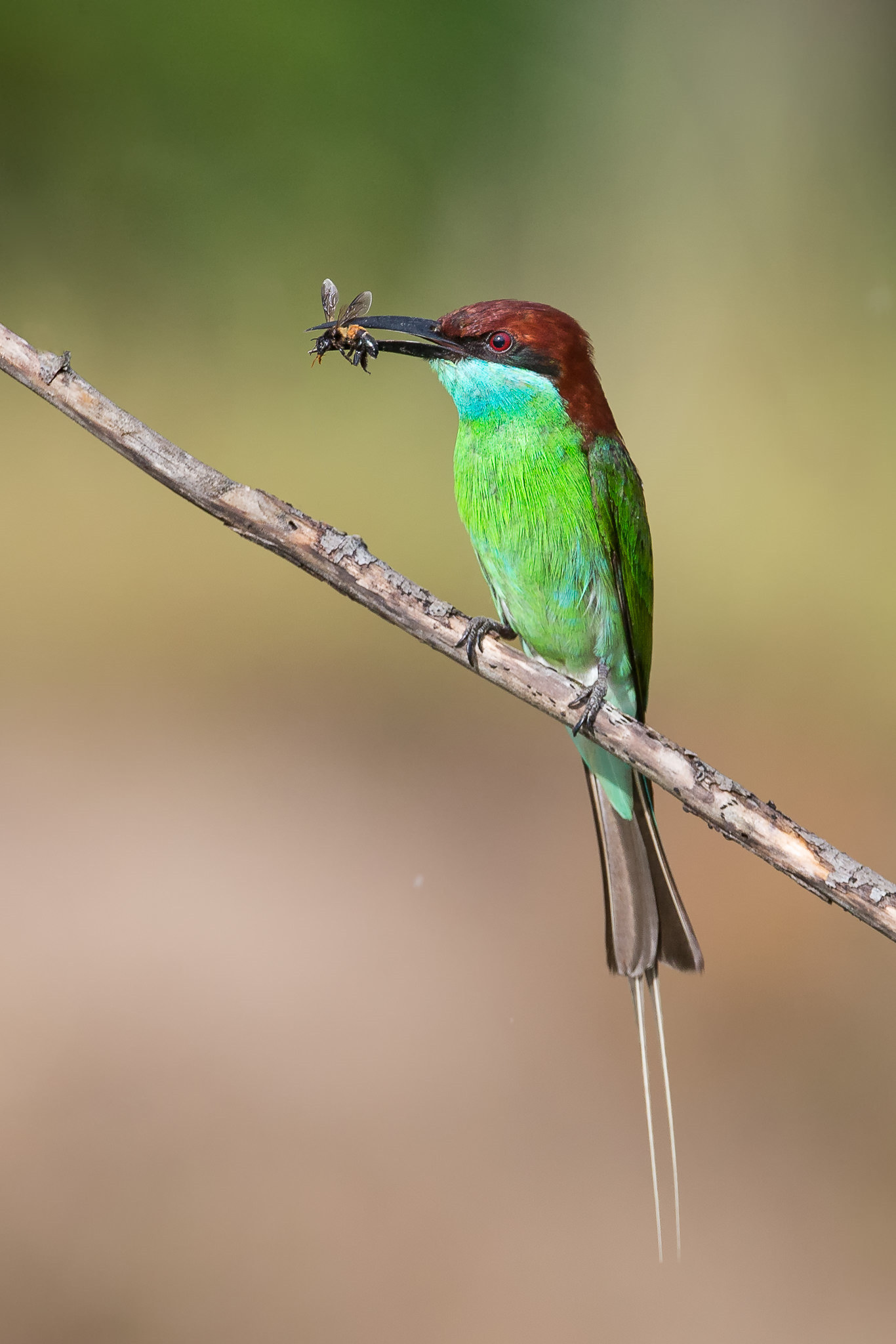 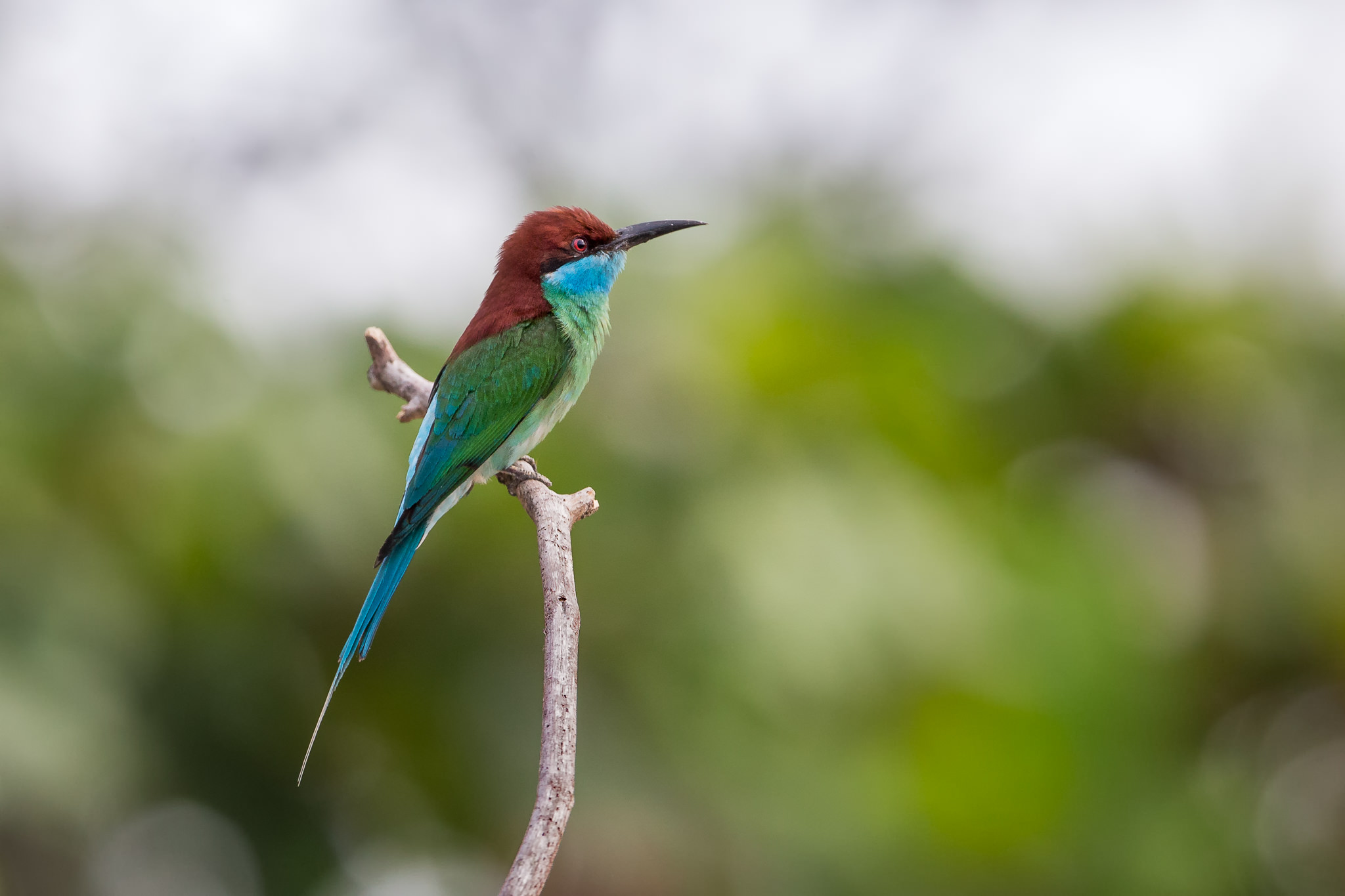