The buffy fish owl (Bubo ketupu), also known as the Malay fish owl, is a species of owl in the family Strigidae.

The four fish owls were previously generally separated in the genus Ketupa. Depending on whether some little-studied tropical eagle-owls are closer to the fish-owls than to the typical eagle-owls, Ketupa might be a valid genus if these as well as the fishing owls (formerly Scotopelia) are included in it, although there are a number of osteological differences that suggest that fishing and fish owls are not directly related to each other.

Upperparts are rich brown, while the feathers of the back and mantle are blackish-brown, broadly margined with buff and with pale rufous or whitish spots near the tips. The head and neck are the same as the upperparts but the feather tips don’t have the spots. the forehead and eyebrows are white, and the distinctive ear-tufts are sideward directed and very tousled. Eyes are yellow, with the eyelids rimmed black. The bill is black or greyish-black.

Outer webs of scapulars are fulvous, but not forming a pale row across the shoulder. Wing coverts are the same as the back, but with much larger pale spots. Primaries and secondaries are dark brown, banded with whitish or fulvous. The tail feathers are dark brown with whitish tips and 3 or 4 buffish-white bars.
Underparts are rufous-buff or fulvous with narrow dark brown shaft-streaks, these becoming narrower and sparser on the belly and undertail-coverts. Flanks and thighs are unstreaked. Tarsi are relatively long and bare and are colored yellowish-grey along with the toes. Claws are dark horn.

The Buffy Fish Owl shelters during the day, often singly, in dark places such as densely foliaged trees near nesting site. 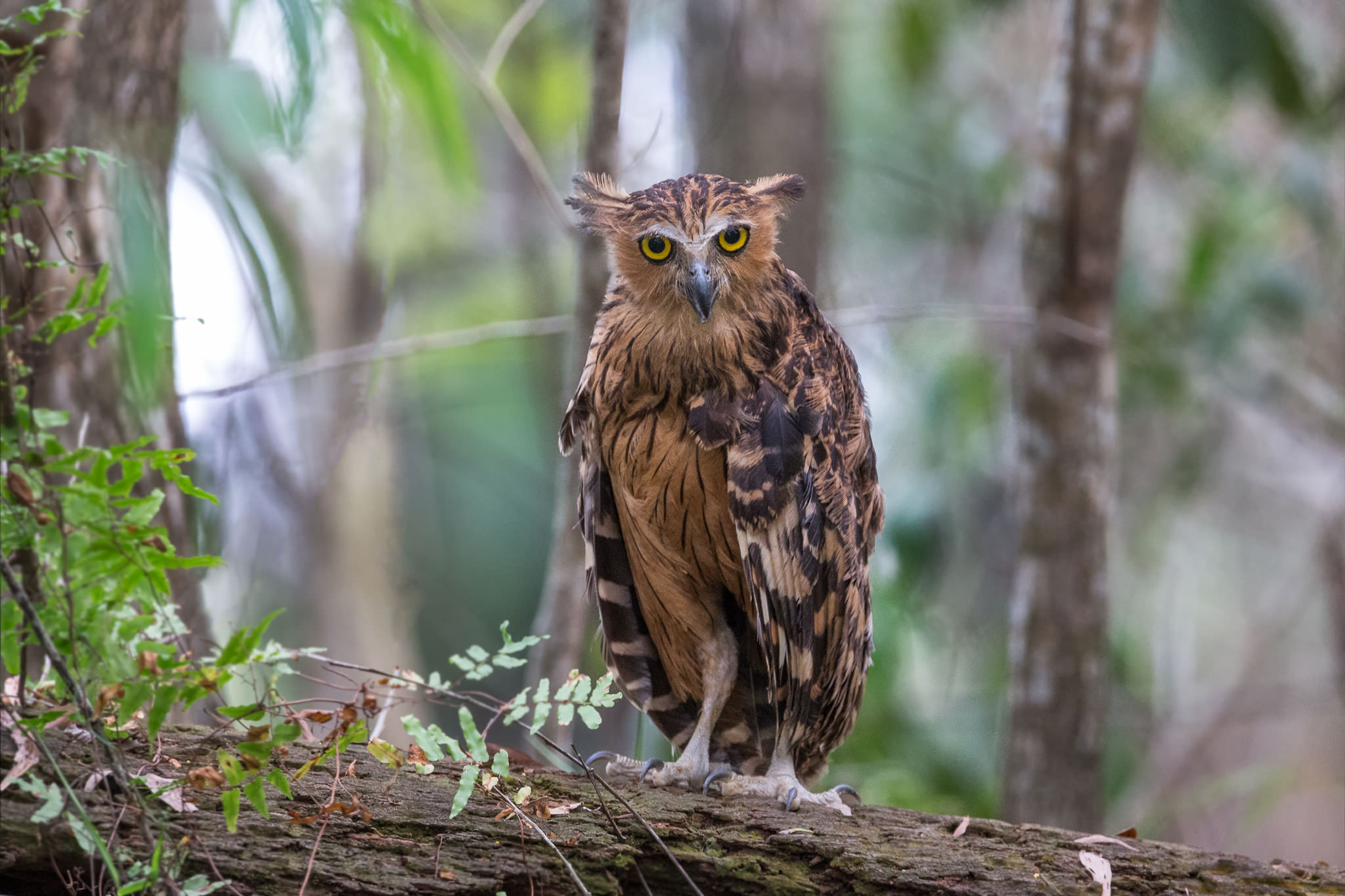 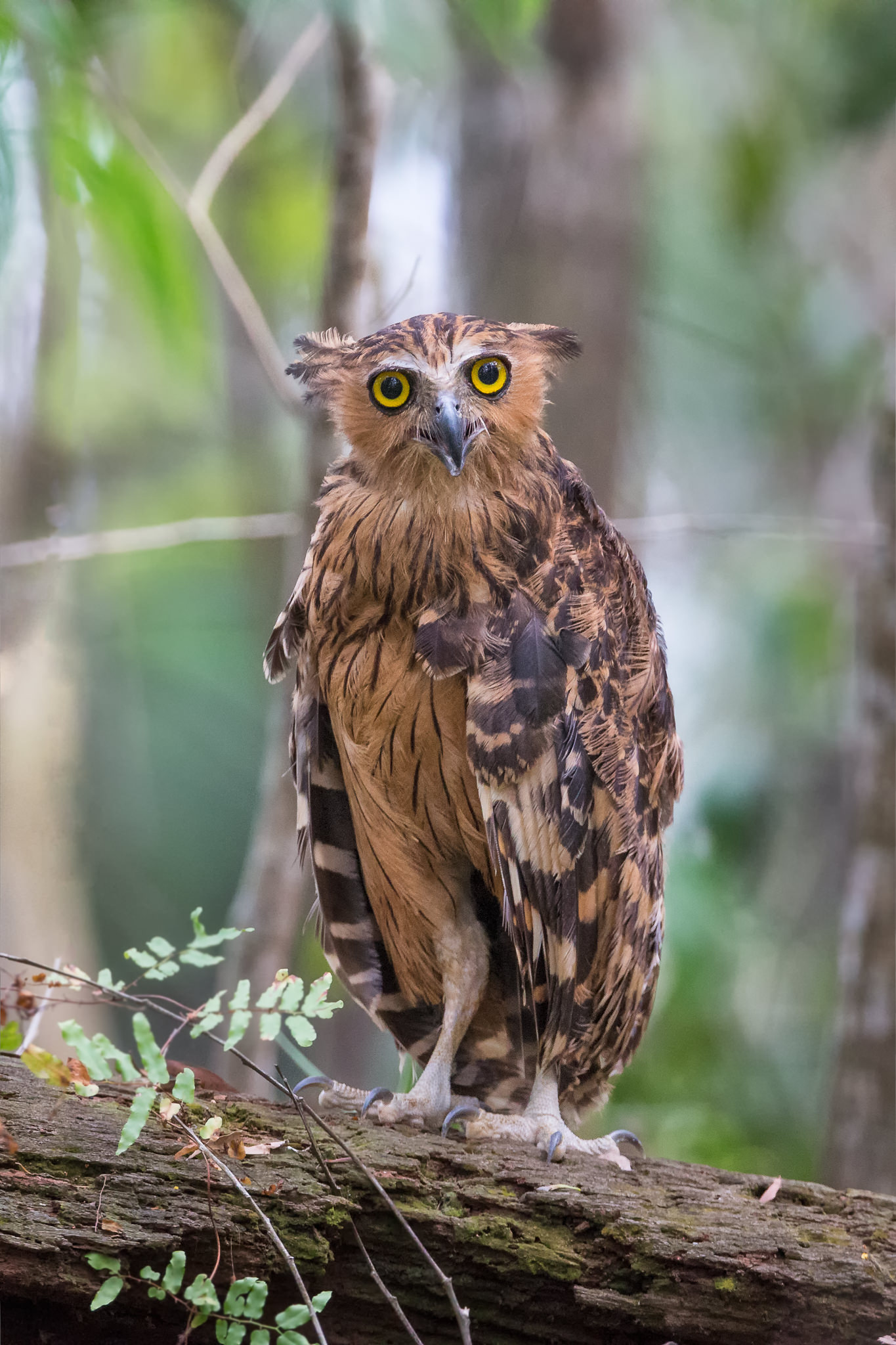 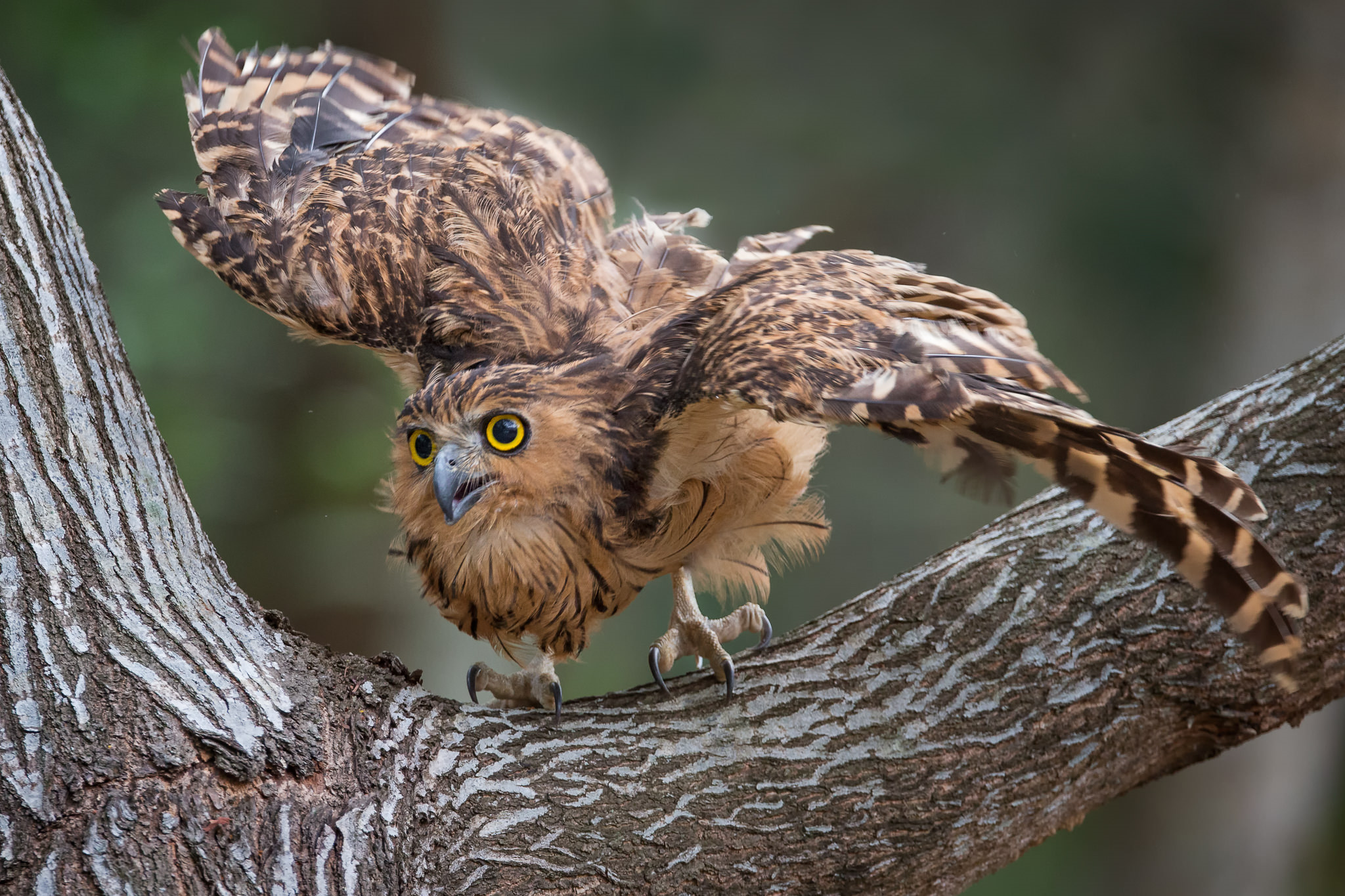 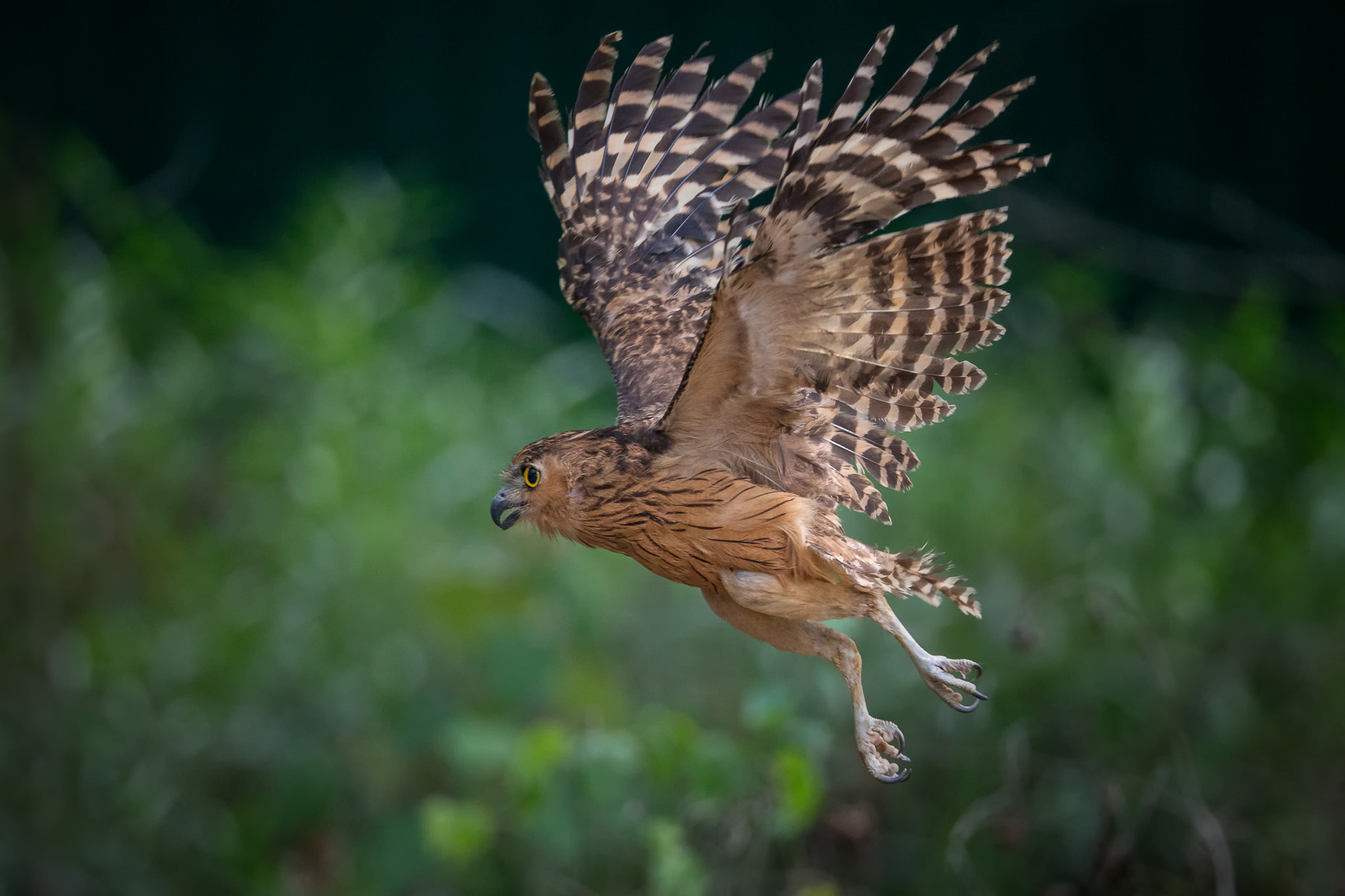