The Burrowing Owl appears to be diurnal because it can often be seen foraging during the day. In fact, it hunts all day and night long and is most active in the morning and evening. It catches more insects during the day and more mammals at night.

Unlike most owls in which the female is larger than the male, the sexes of the Burrowing Owl are the same size.

The Burrowing Owl collects mammal dung and puts it in and around its burrow. The dung attracts dung beetles, which the owl then captures and eats.

They nest and roost in burrows, such as those excavated by prairie dogs. Unlike most owls, Burrowing Owls are often active during the day, although they tend to avoid the midday heat. But like many other kinds of owls, burrowing owls do most of their hunting from dusk until dawn, when they can use their night vision and hearing to their advantage. Living in open grasslands as opposed to the forest, the burrowing owl has developed longer legs, which enables it to sprint as well as fly when hunting.

Burrowing owls have bright eyes; their beaks can be dark yellow or gray depending on the subspecies. They lack ear tufts and have a flattened facial disc. The owls have prominent white eyebrows and a white “chin” patch which they expand and display during certain behaviors, such as a bobbing of the head when agitated.

Adults have brown heads and wings with white spotting. The chest and abdomen are white with variable brown spotting or barring, also depending on the subspecies. Juvenile owls are similar in appearance, but they lack most of the white spotting above and brown barring below. The juveniles have a buff bar across the upper wing and their breast may be buff-colored rather than white. Burrowing owls of all ages have grayish legs longer than those of other owls.

Males and females are similar in size and appearance, and display little sexual dimorphism. Females tend to be heavier, but males tend to have longer linear measurements (wing length, tail length, etc.). Adult males appear lighter in color than females because they spend more time outside the burrow during daylight, and their feathers become “sun-bleached”. 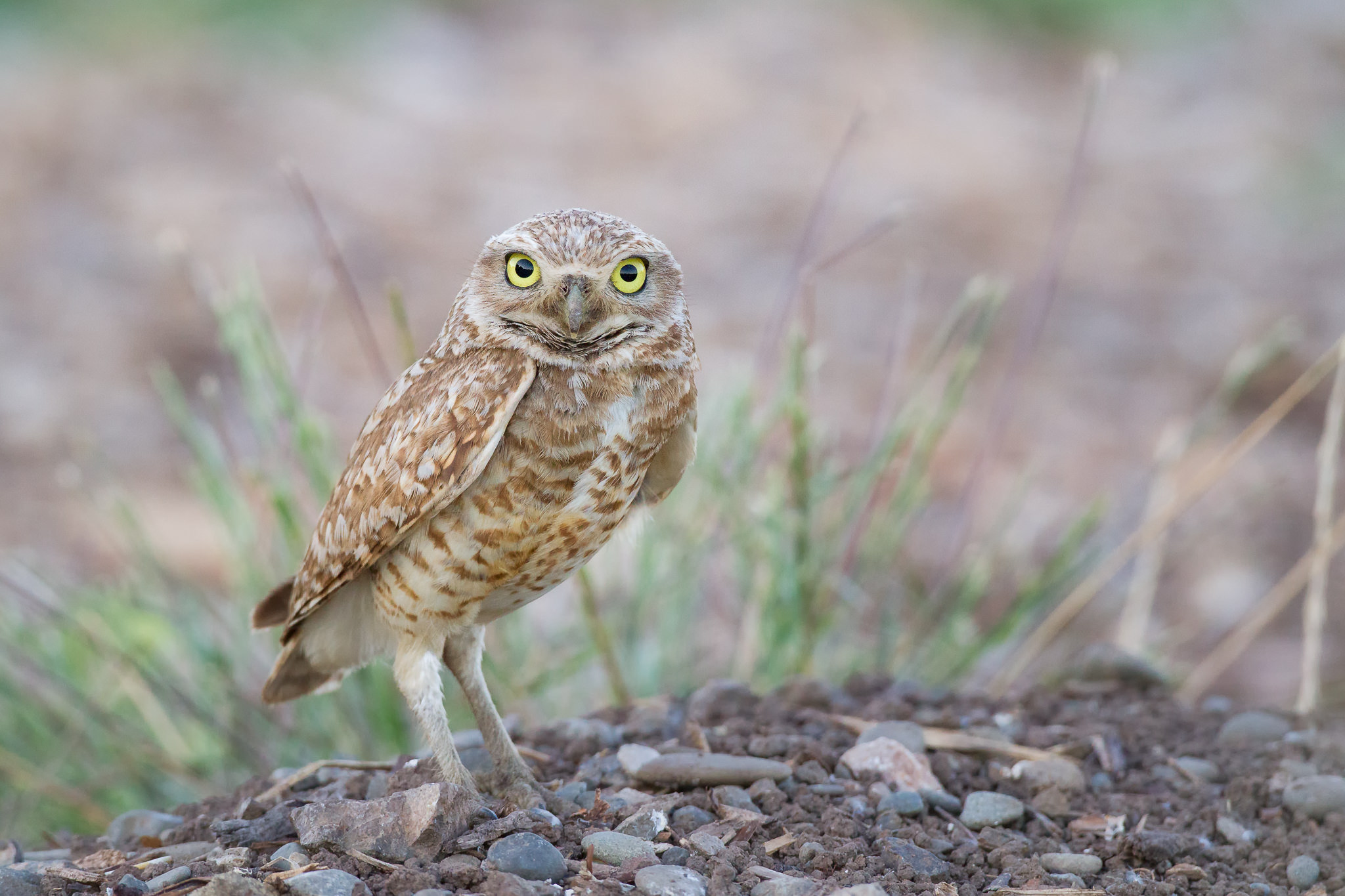 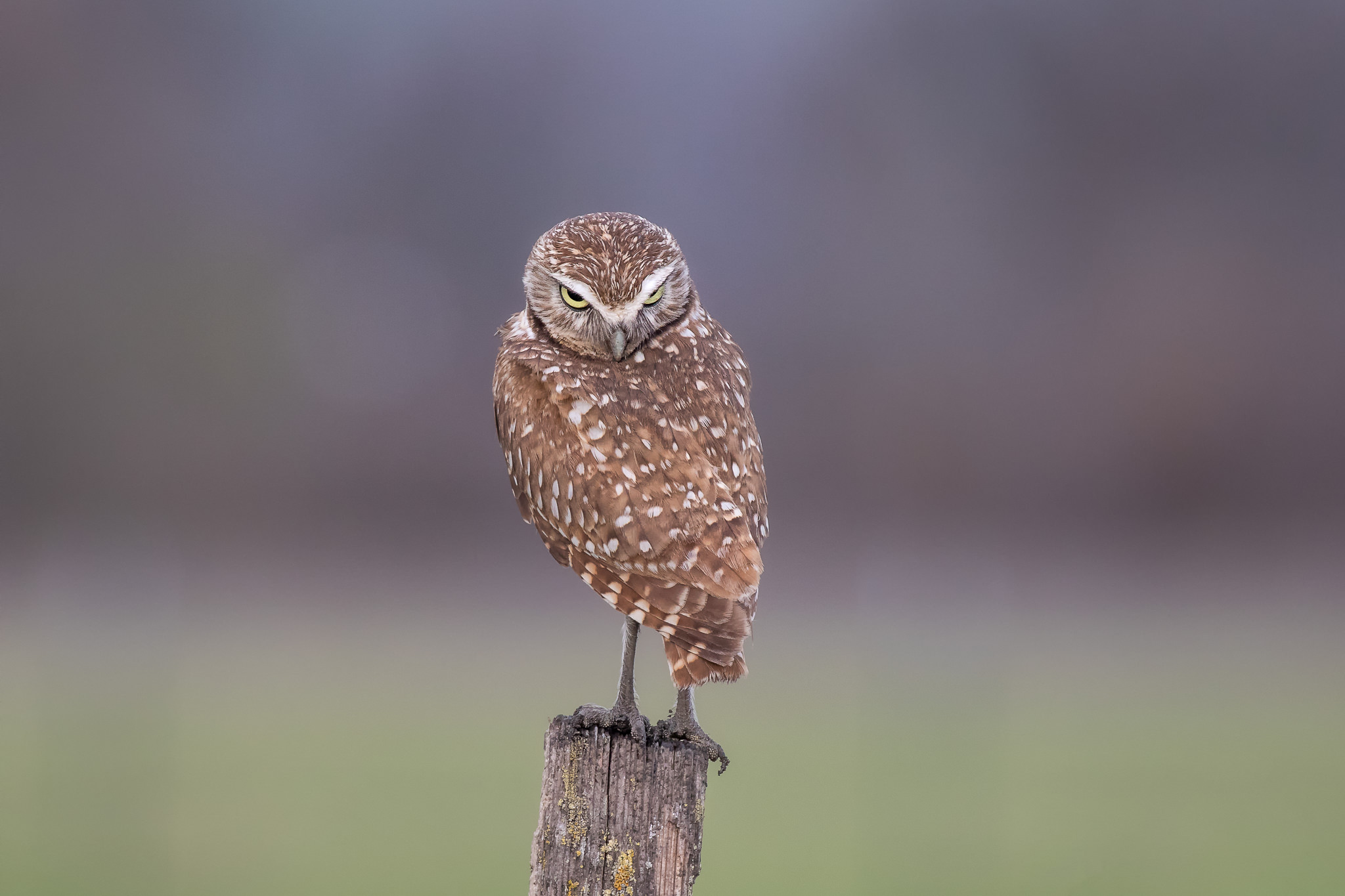 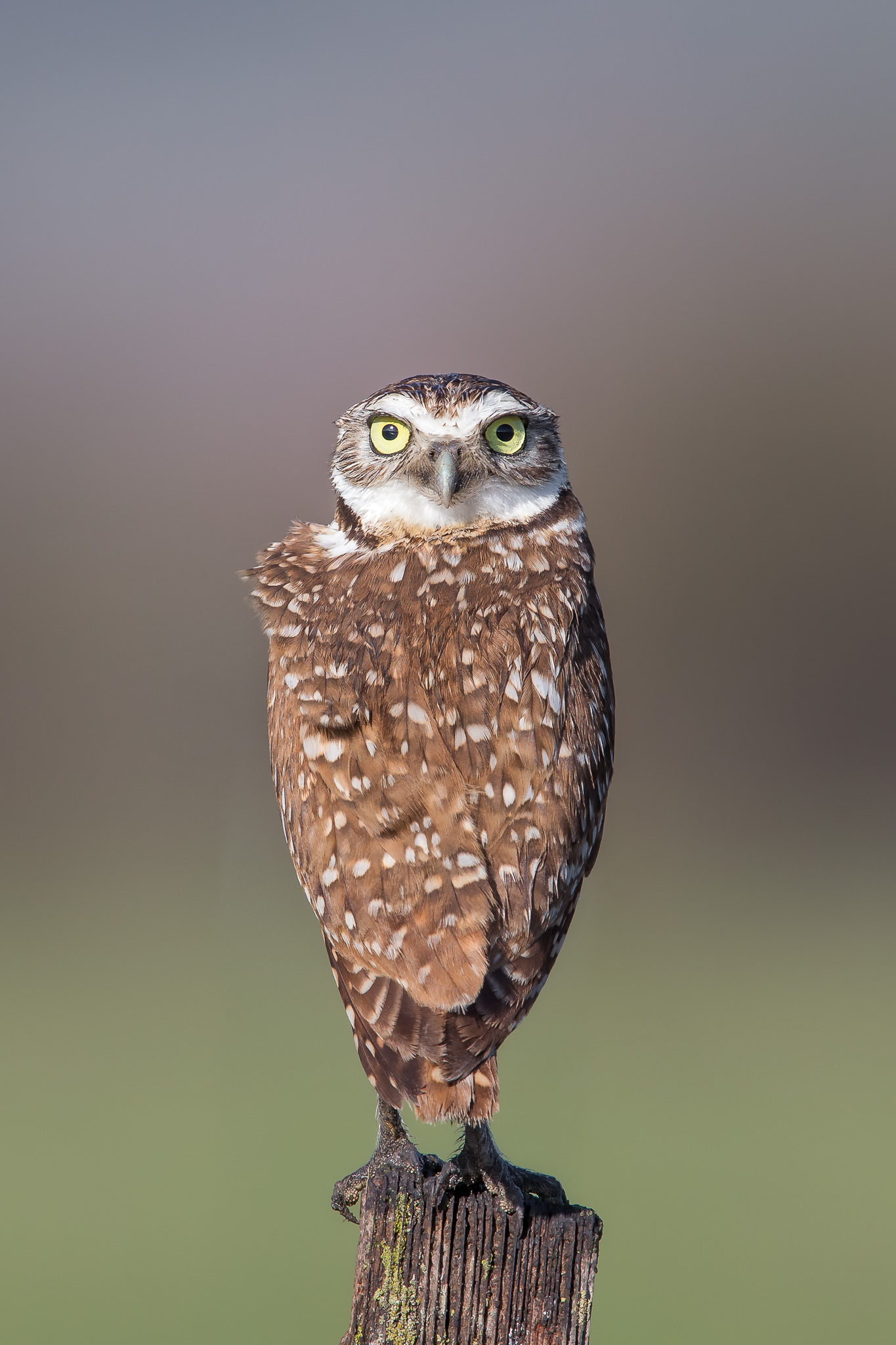 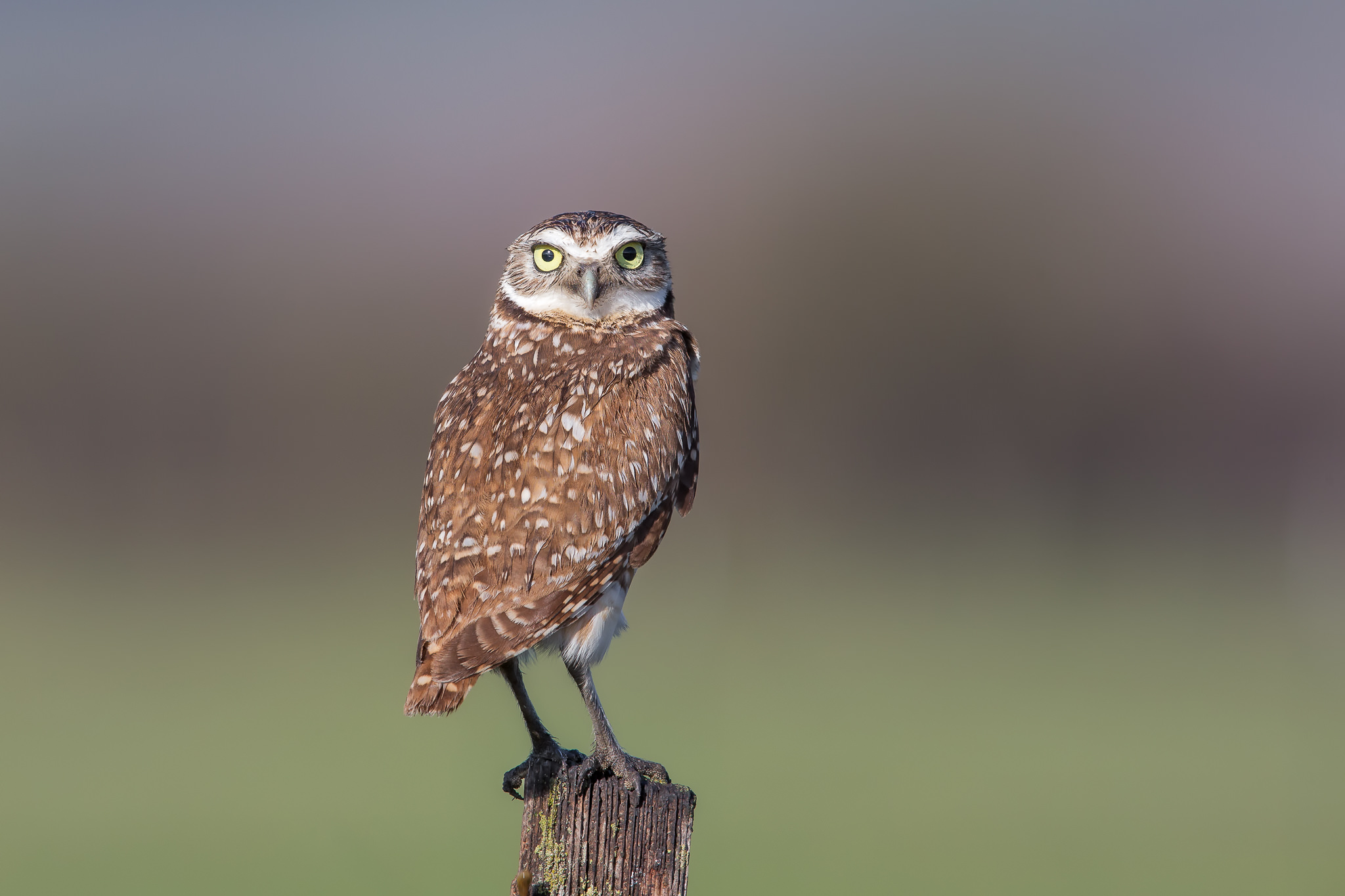 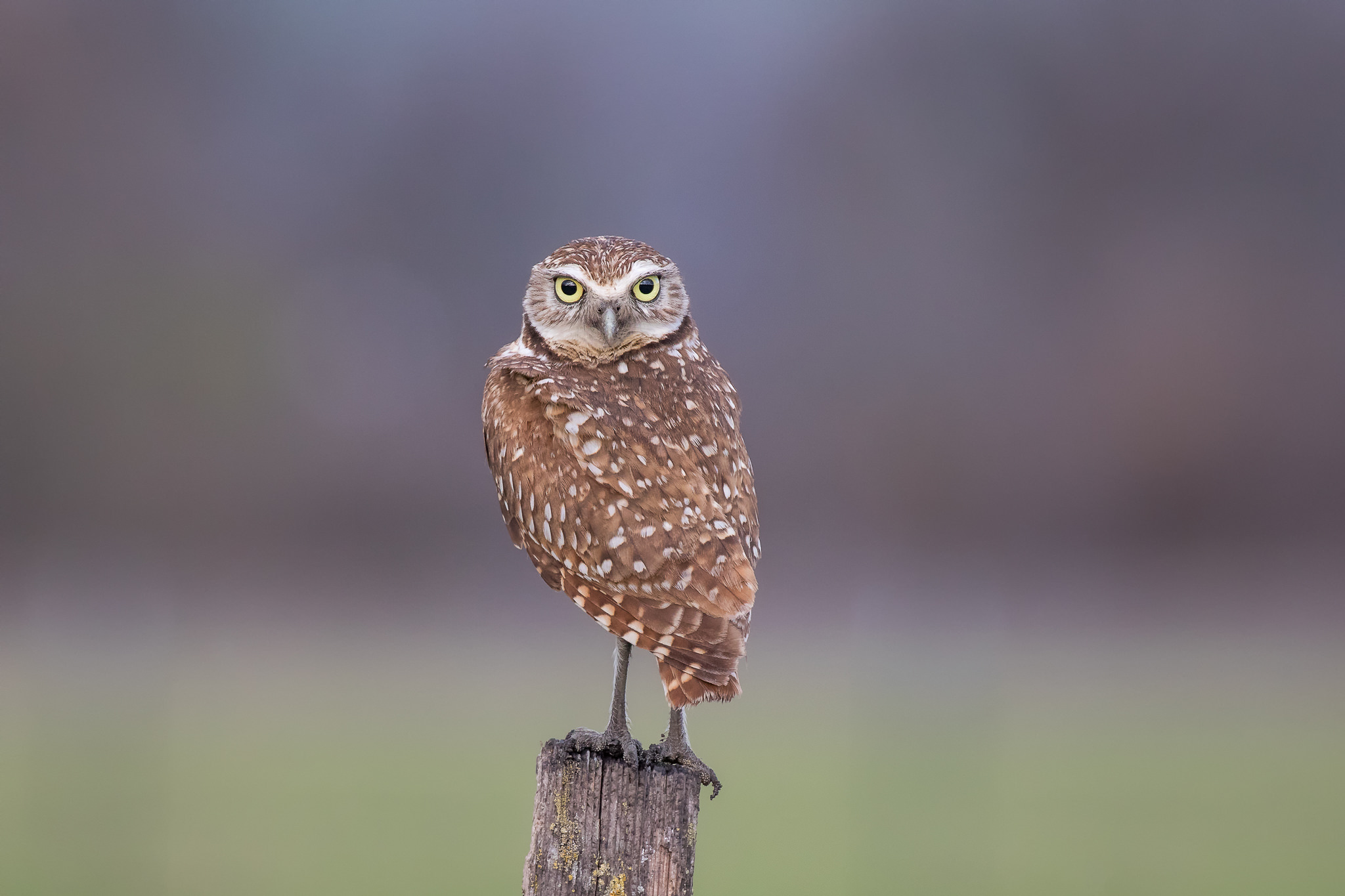 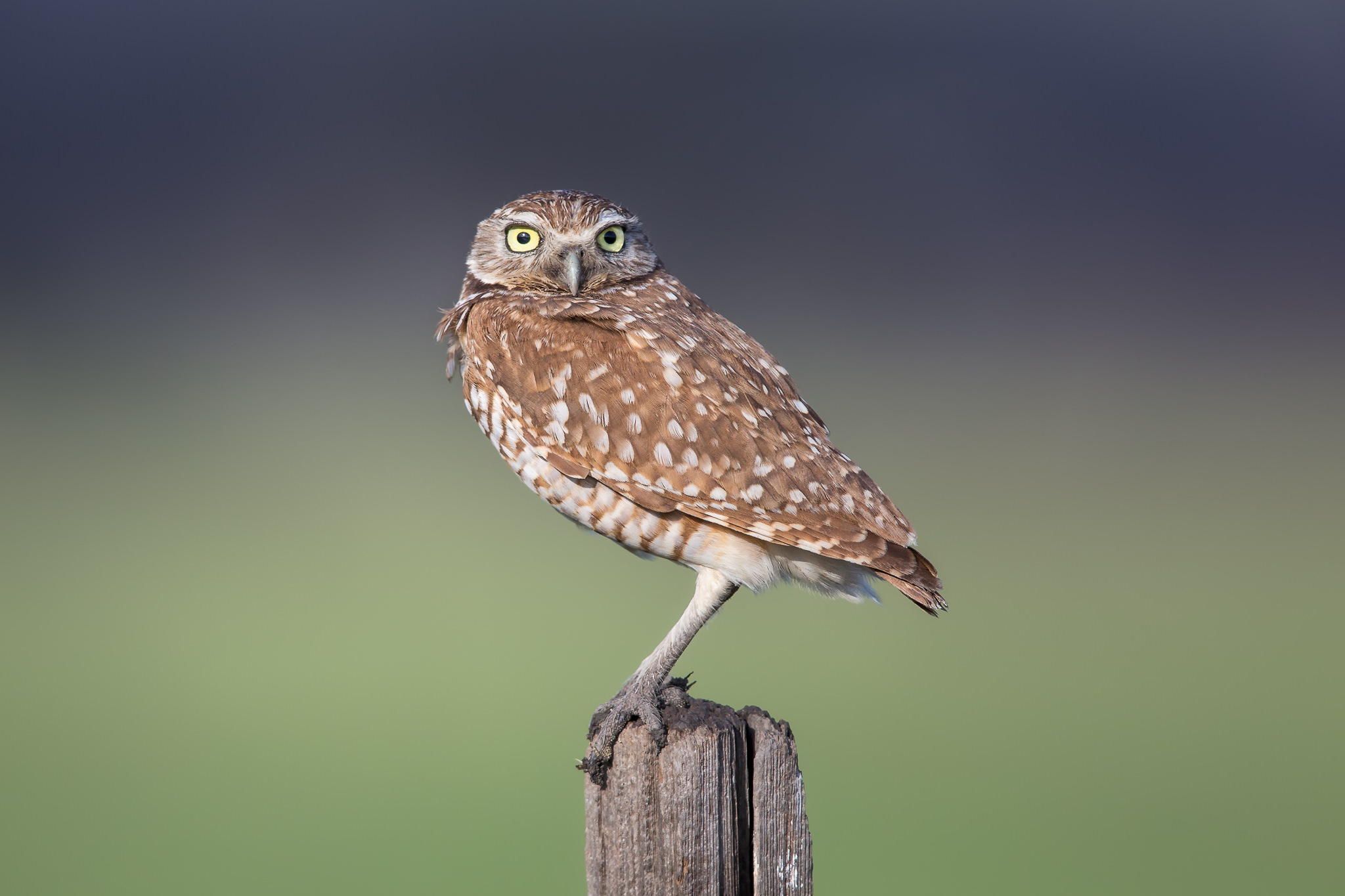 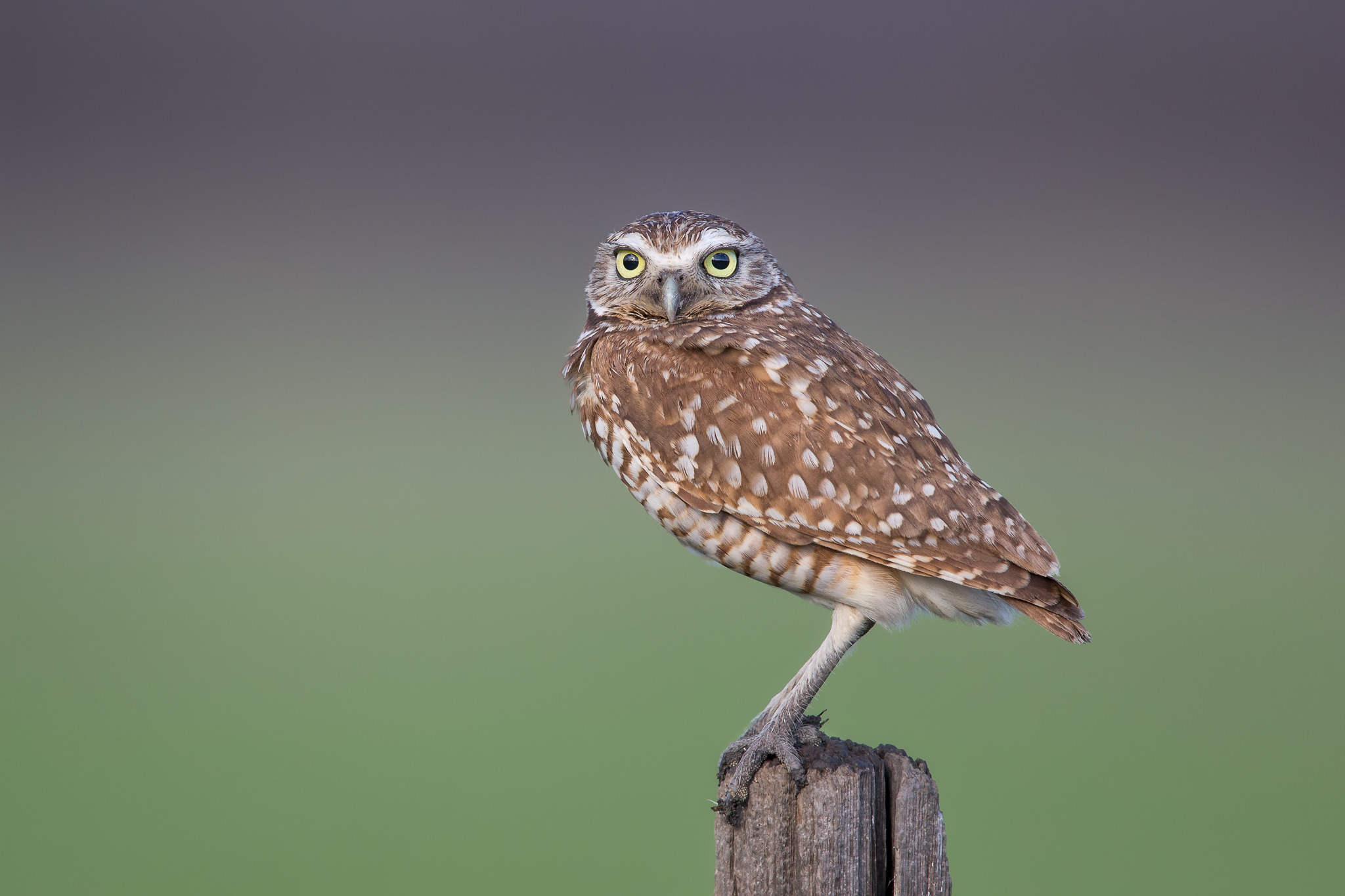 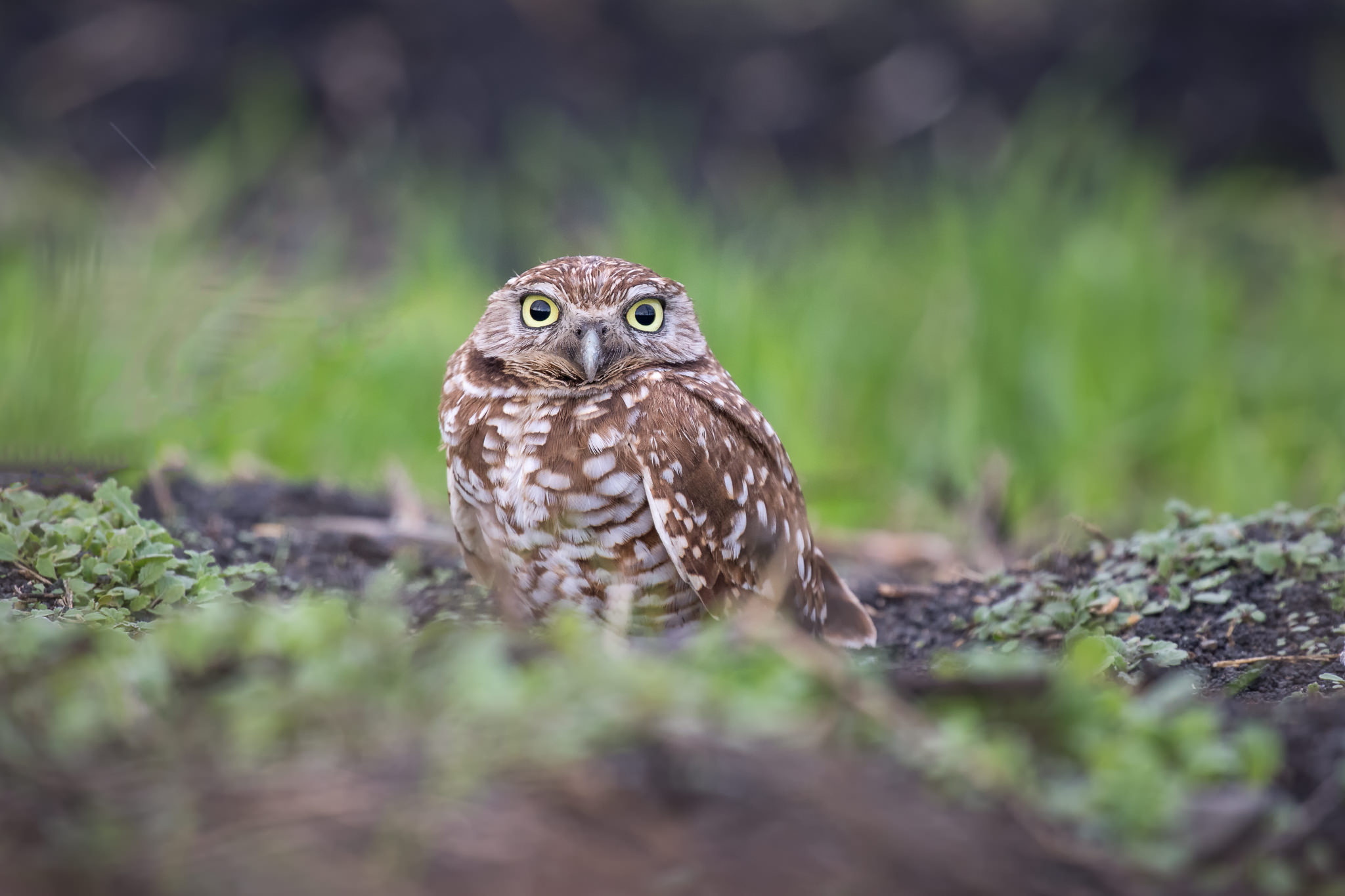 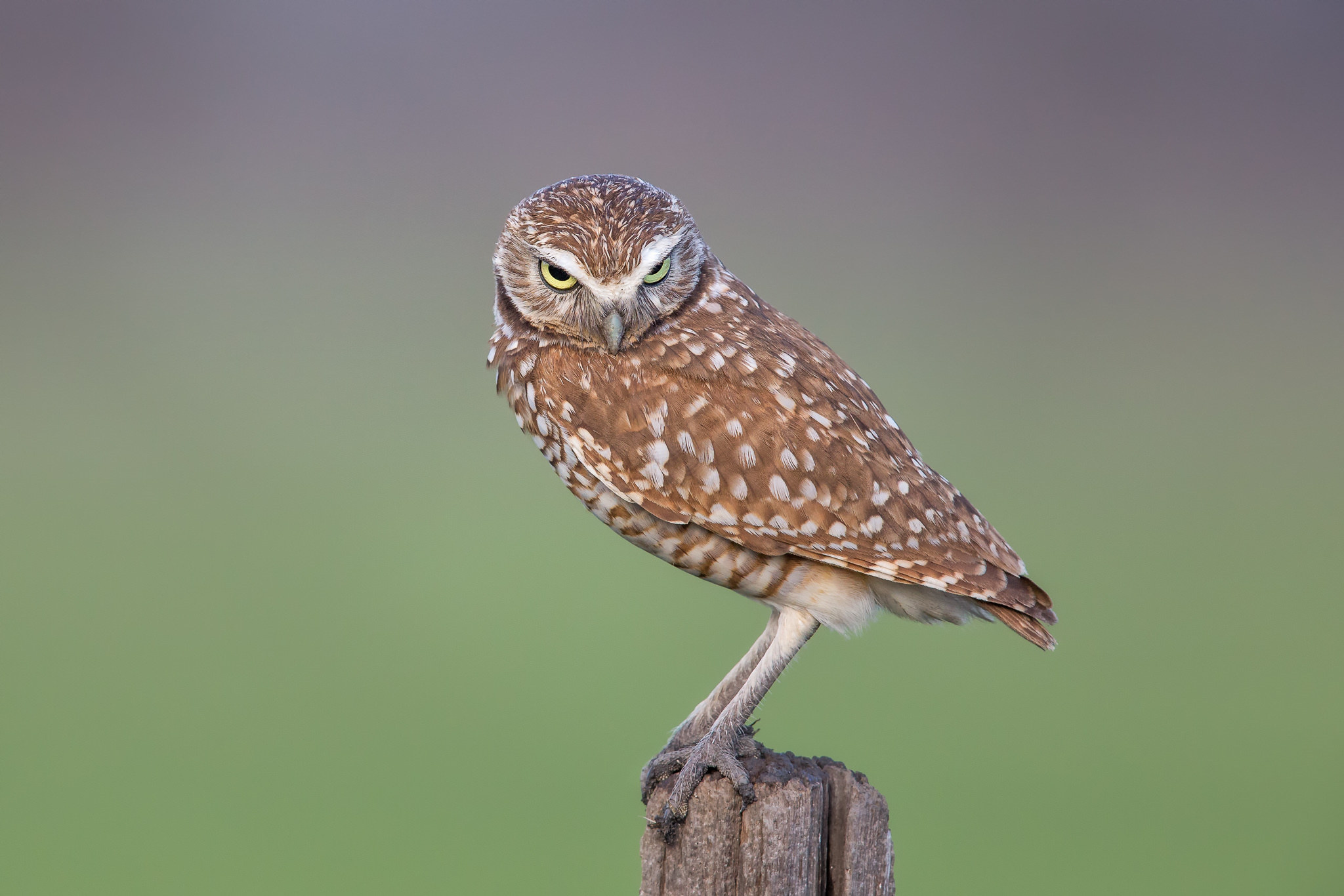 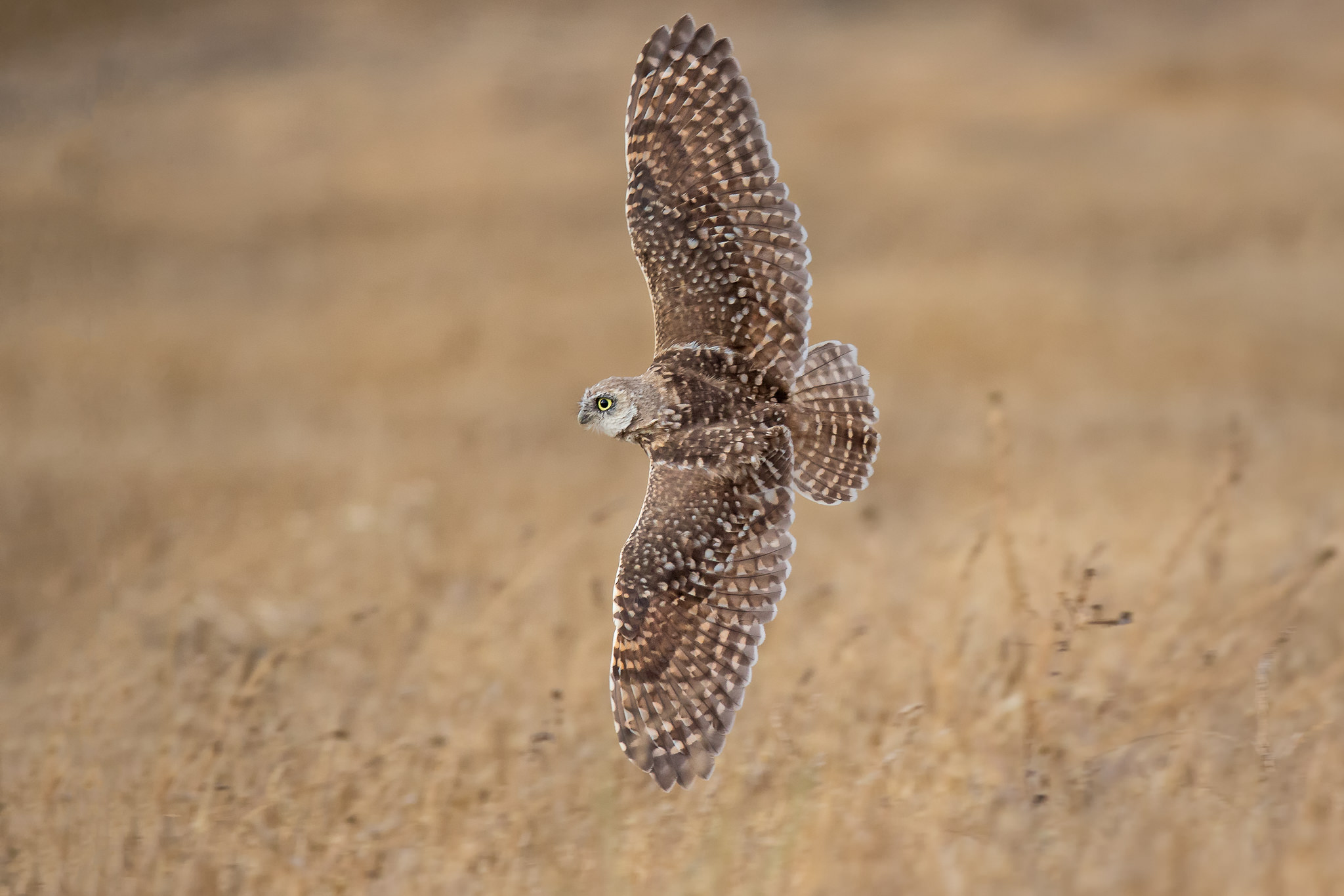 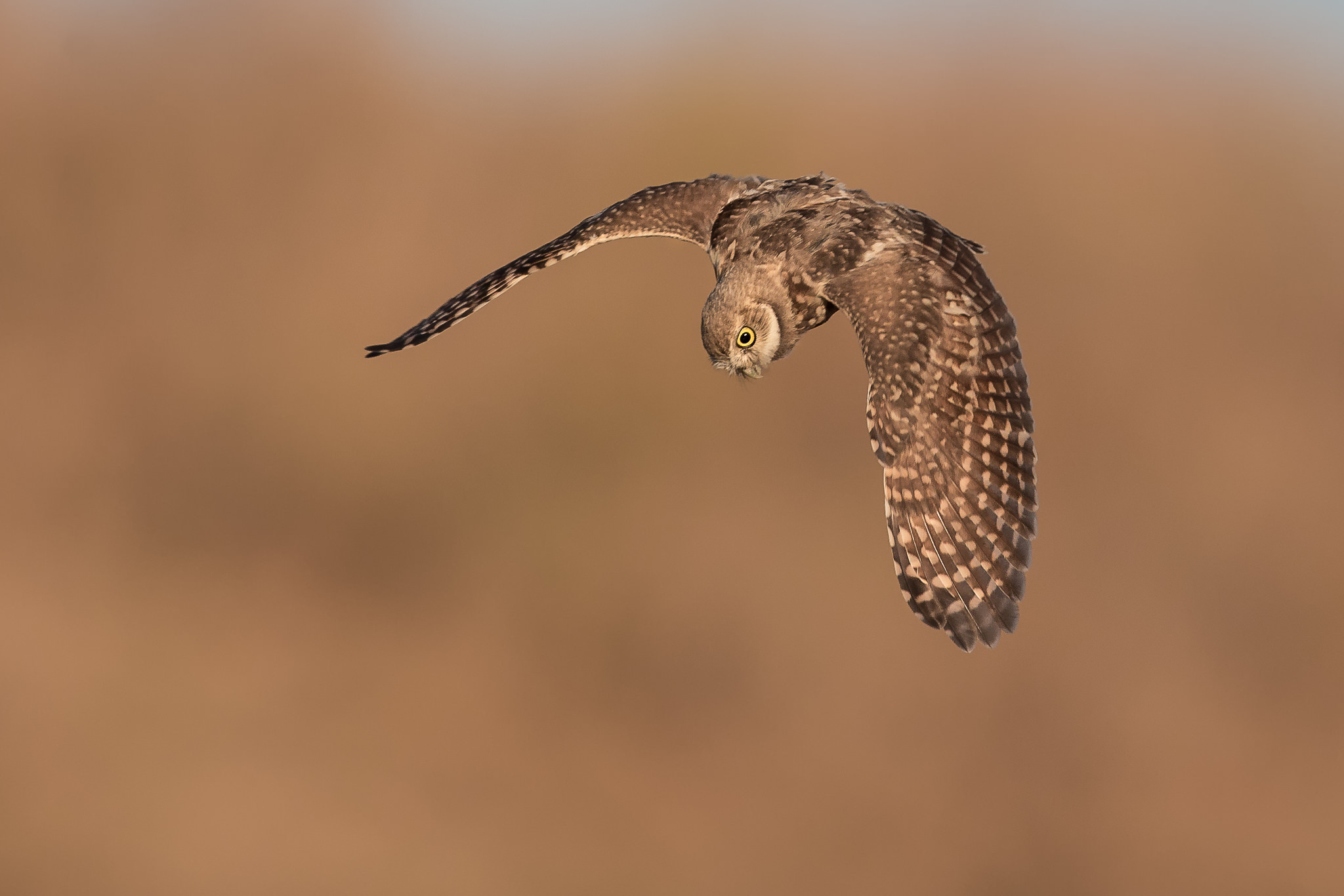 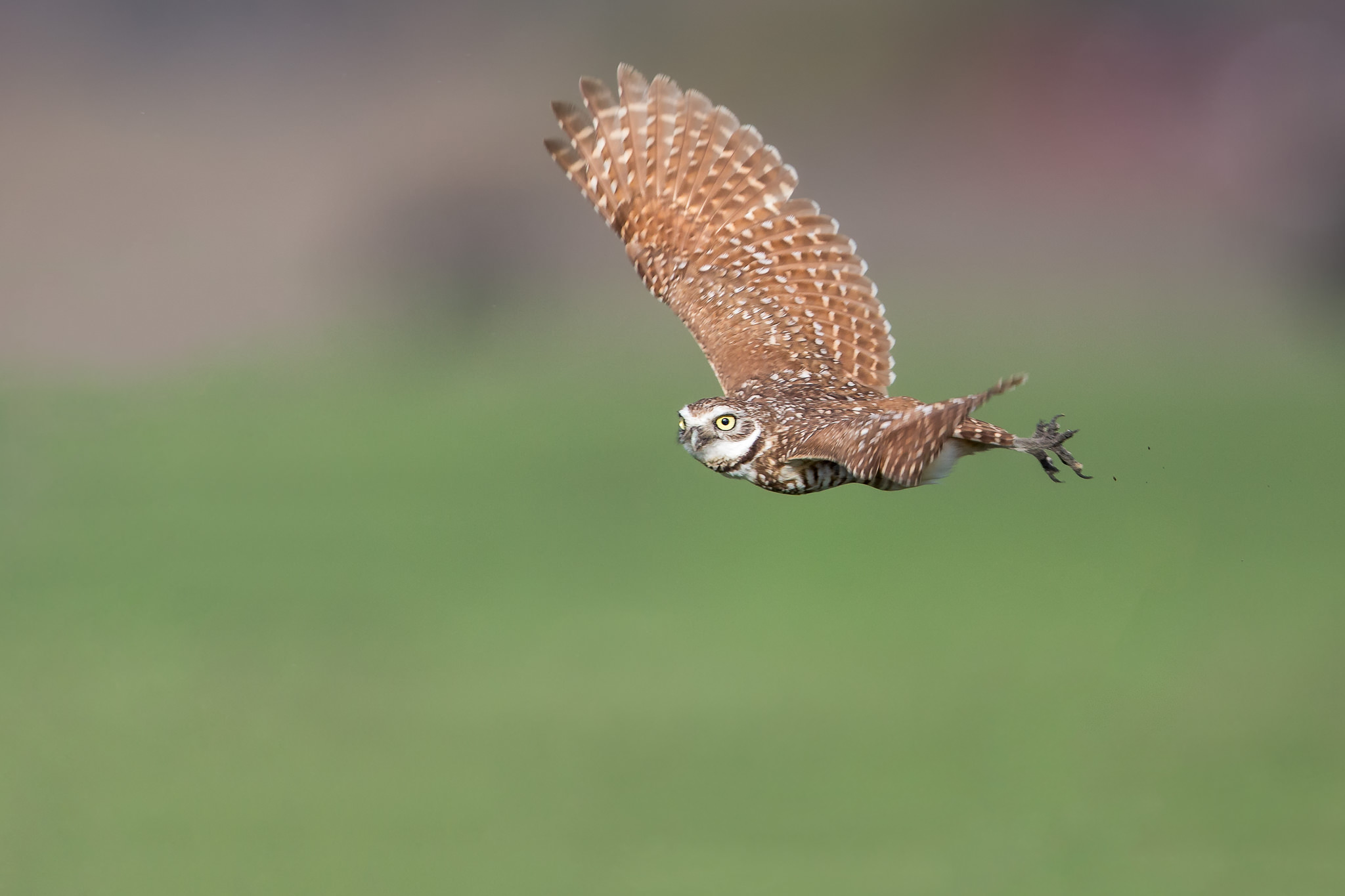