The great curassow (Crax rubra) (Spanish: hocofaisán, pavón norteño) is a large, pheasant-like bird from the Neotropical rainforests, its range extending from eastern Mexico, through Central America to western Colombia and northwestern Ecuador. Male birds are black with curly crests and yellow beaks; females come in three colour morphs, barred, rufous and black. These birds form small groups, foraging mainly on the ground for fruits and arthropods, and the occasional small vertebrate, but they roost and nest in trees. This species is monogamous, the male usually building the rather small nest of leaves in which two eggs are laid. This species is threatened by loss of habitat and hunting, and the International Union for Conservation of Nature has rated its conservation status as “vulnerable”.

Females are somewhat smaller than males. It is the most massive and heavy species in the family but its length is matched by a few other cracids. Four other species of curassow (the northern helmeted, the southern helmeted, the black and the crested) are all around the same average length as the great curassow. In this species, standard measurements are as follows: the wing chord is 36 to 42.4 cm (14.2 to 16.7 in), the tail is 29 to 38 cm (11 to 15 in) and the tarsus is 9.4 to 12 cm (3.7 to 4.7 in). They have the largest mean standard measurements in the family, other than tail length.

The male is black with a curly crest, a white belly, and a yellow knob on its bill/ There are three morphs of female great curassows: barred morph females with barred neck, mantle, wings and tail; rufous morph with an overall reddish brown plumage and a barred tail; and dark morph female with a blackish neck, mantle and tail (the tail often faintly vermiculated), and some barring to the wings. In most regions only one or two morphs occur, and females showing a level of intermediacy between these morphs are known (e.g. resembling rufous morph, but with black neck and faint vermiculations to the wings).

This species has a similar voice to several other curassows, its call consisting of a “peculiar” lingering whistle.

A monogamous species, the great curassow is distributed in rainforest from eastern Mexico throughout Central America, to western Colombia and northwest Ecuador. In Mexico, it is absent from drier western coastal forests but does occasionally occur in dry areas of the Yucatan, Cozumel Island and Costa Rica. The great curassow spends much of its time on the ground, but nests and roosts in trees. 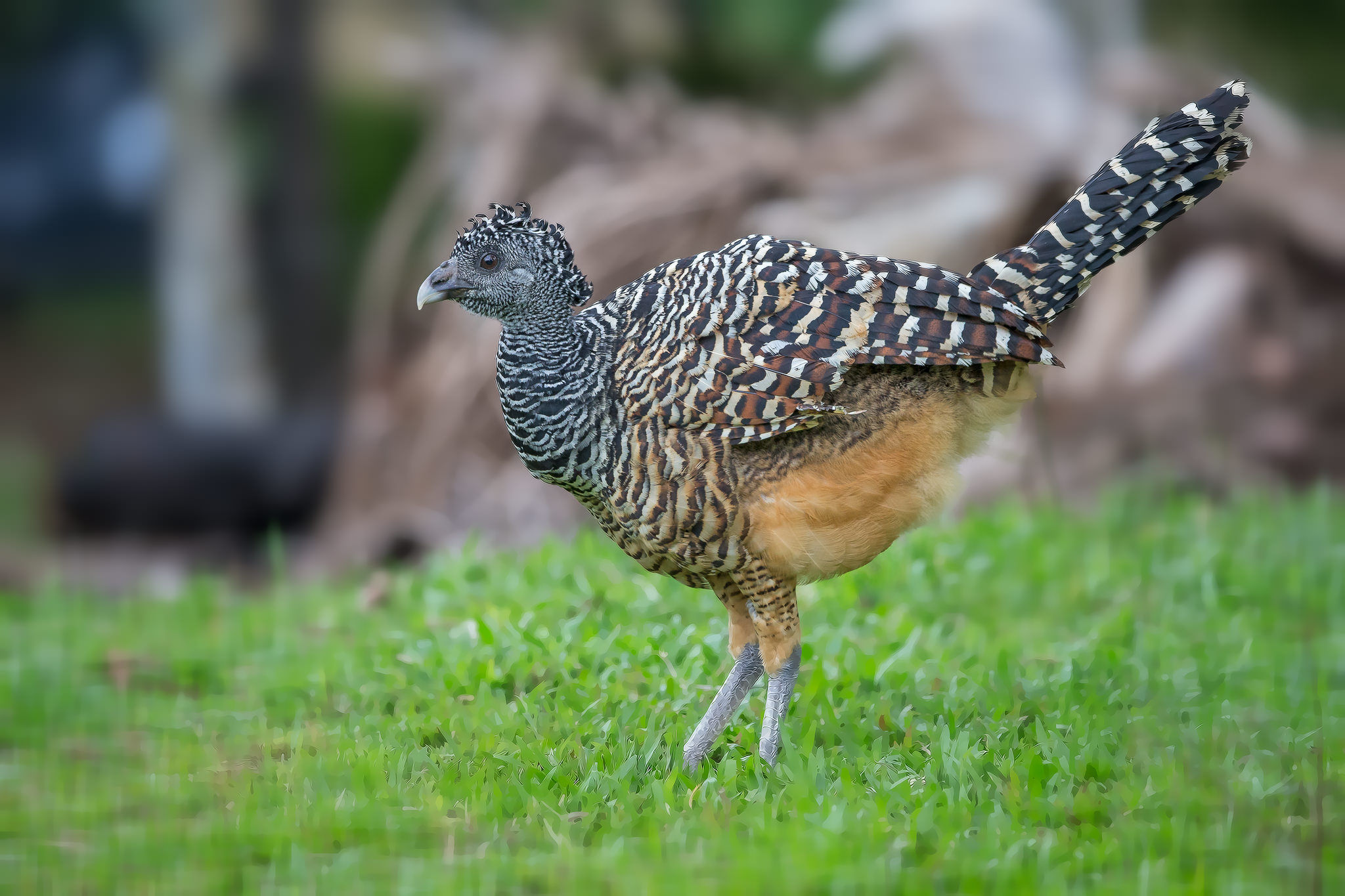