The dark-eyed junco (Junco hyemalis) is the best-known species of the juncos, a genus of small grayish American sparrows. This bird is common across much of temperate North America and in summer ranges far into the Arctic. It is a very variable species, much like the related fox sparrow (Passerella iliaca), and its systematics are still not completely untangled.

Adults generally have gray heads, necks, and breasts, gray or brown backs and wings, and a white belly, but show a confusing amount of variation in plumage details. The white outer tail feathers flash distinctively in flight and while hopping on the ground. The bill is usually pale pinkish.

The song is a trill similar to the chipping sparrow’s (Spizella passerina), except that the red-backed junco’s (see below) song is more complex, similar to that of the yellow-eyed junco (Junco phaeonotus). The call also resembles that of the black-throated blue warbler’s, which is a member of the New World warbler family. Calls include tick sounds and very high-pitched tinkling chips. It is known among bird language practitioners as an excellent bird to study for learning “bird language.”

The dark-eyed junco was described by Linnaeus in his 1758 Systema naturae as Fringilla hyemalis. The description consisted merely of the laconic remark “F[ringilla] nigra, ventre albo. (“A black ‘finch’ with white belly”), a reference to a source, and a statement that it came from “America”. 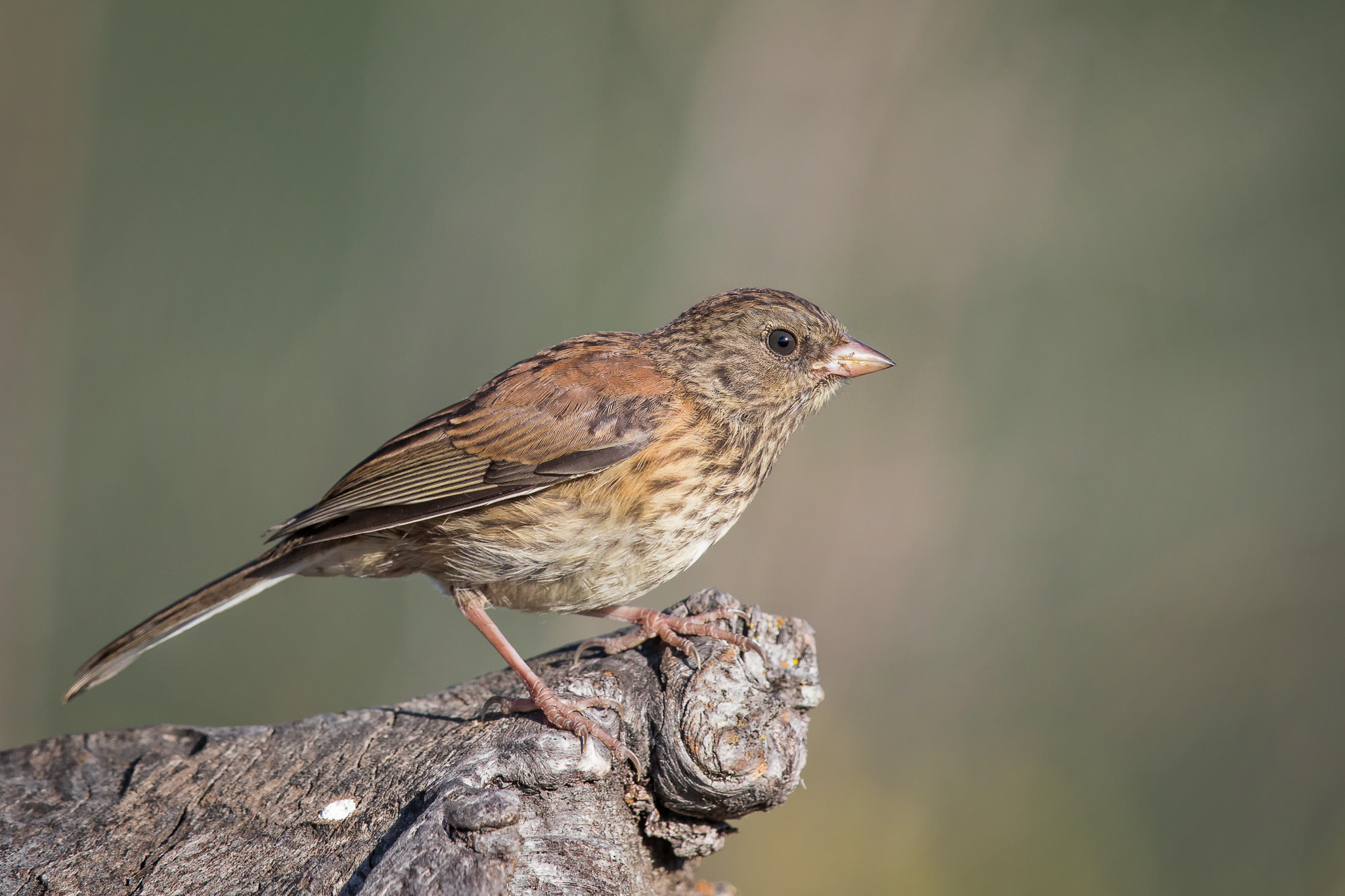 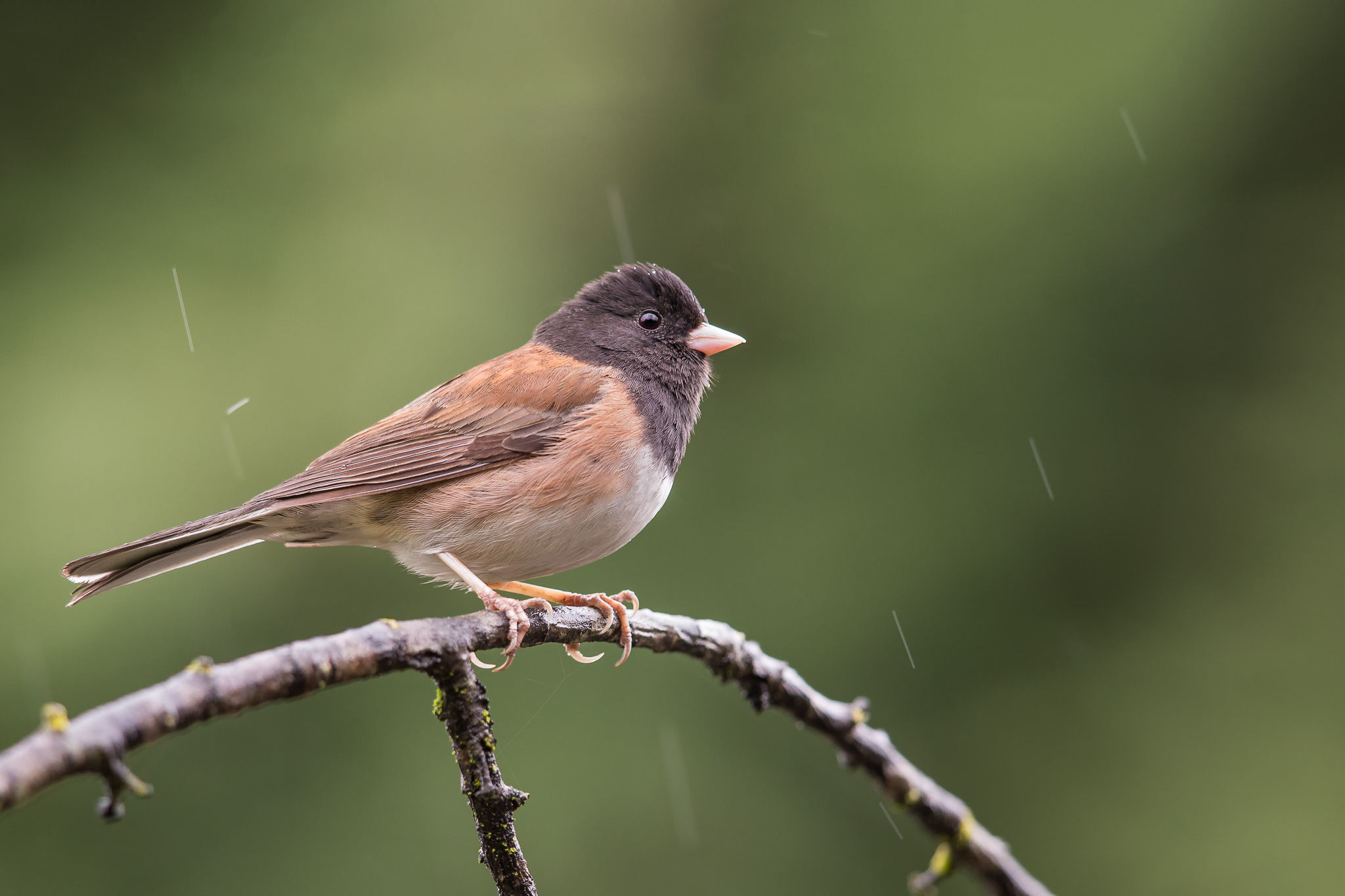 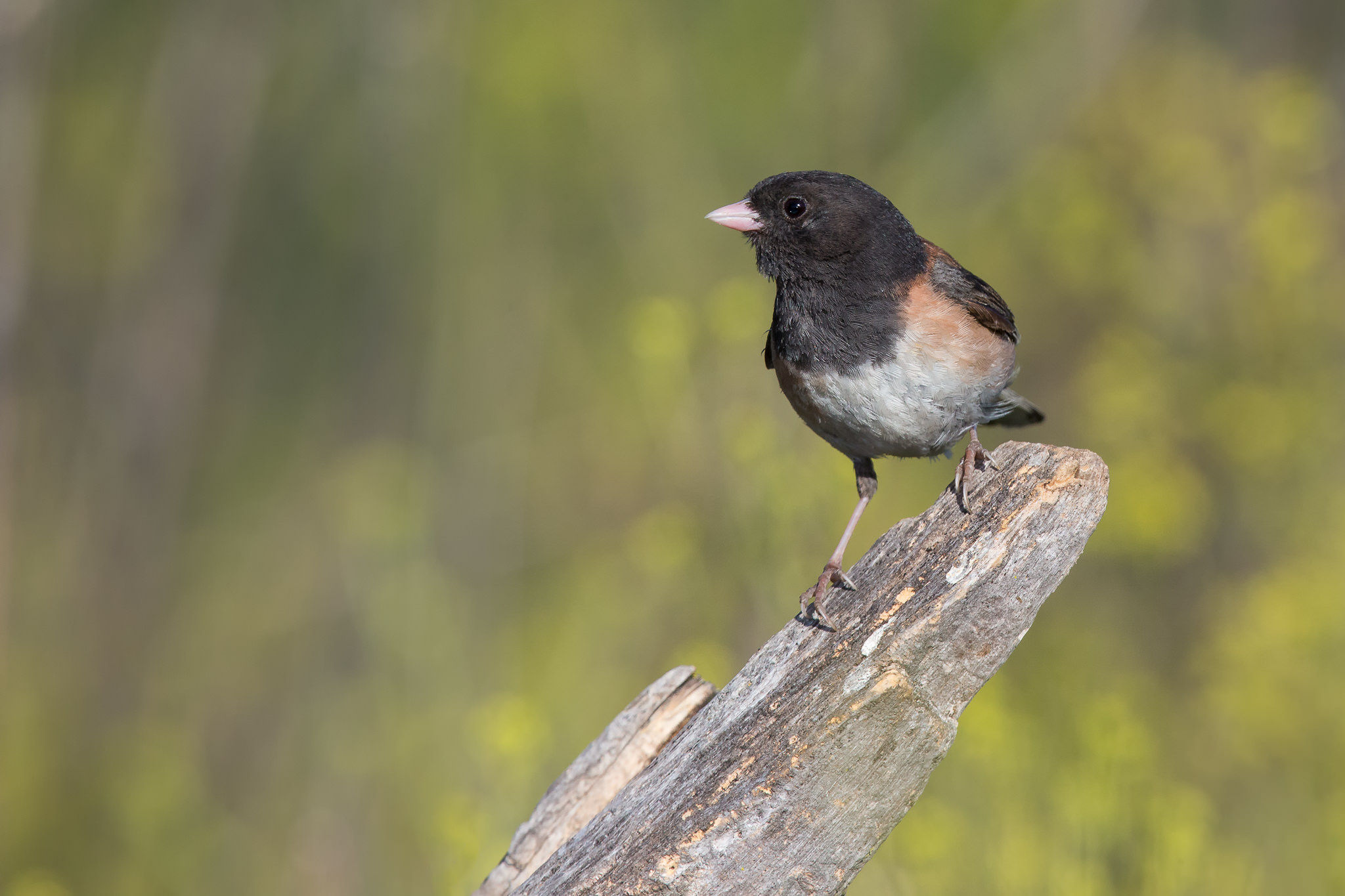