The American robin (Turdus migratorius) is a migratory songbird of the thrush family. It is named after the European robin because of its reddish-orange breast, though the two species are not closely related, with the European robin belonging to the Old World flycatcher family. The American robin is widely distributed throughout North America, wintering from southern Canada to central Mexico and along the Pacific Coast. It is the state bird of Connecticut, Michigan, and Wisconsin. According to some sources, the American robin ranks behind only the red-winged blackbird (and just ahead of the introduced European starling and the not-always-naturally occurring house finch) as the most abundant extant land bird in North America. It has seven subspecies, but only T. m. confinis of Baja California Sur is particularly distinctive, with pale gray-brown underparts.

The American robin is active mostly during the day and assembles in large flocks at night. Its diet consists of invertebrates (such as beetle grubs, earthworms, and caterpillars), fruits, and berries. It is one of the earliest bird species to lay eggs, beginning to breed shortly after returning to its summer range from its winter range. Its nest consists of long coarse grass, twigs, paper, and feathers, and is smeared with mud and often cushioned with grass or other soft materials. It is among the first birds to sing at dawn, and its song consists of several discrete units that are repeated.

The adult robin is preyed upon by hawks, cats, and larger snakes, but when feeding in flocks, it can be vigilant and watch other birds for reactions to predators. Brown-headed cowbirds lay eggs in robin nests (see brood parasite), but robins usually reject the cowbird eggs.

The sexes are similar, but the female tends to be duller than the male, with a brown tint to the head, brown upperparts and less bright underparts. However, some birds cannot be safely sexed on plumage alone. The juvenile is paler in color than the adult male and has dark spots on its breast, and whitish wing coverts. First-year birds are not easily distinguishable from adults, but they tend to be duller, and a small percentage retains a few juvenile wing coverts or other feathers. 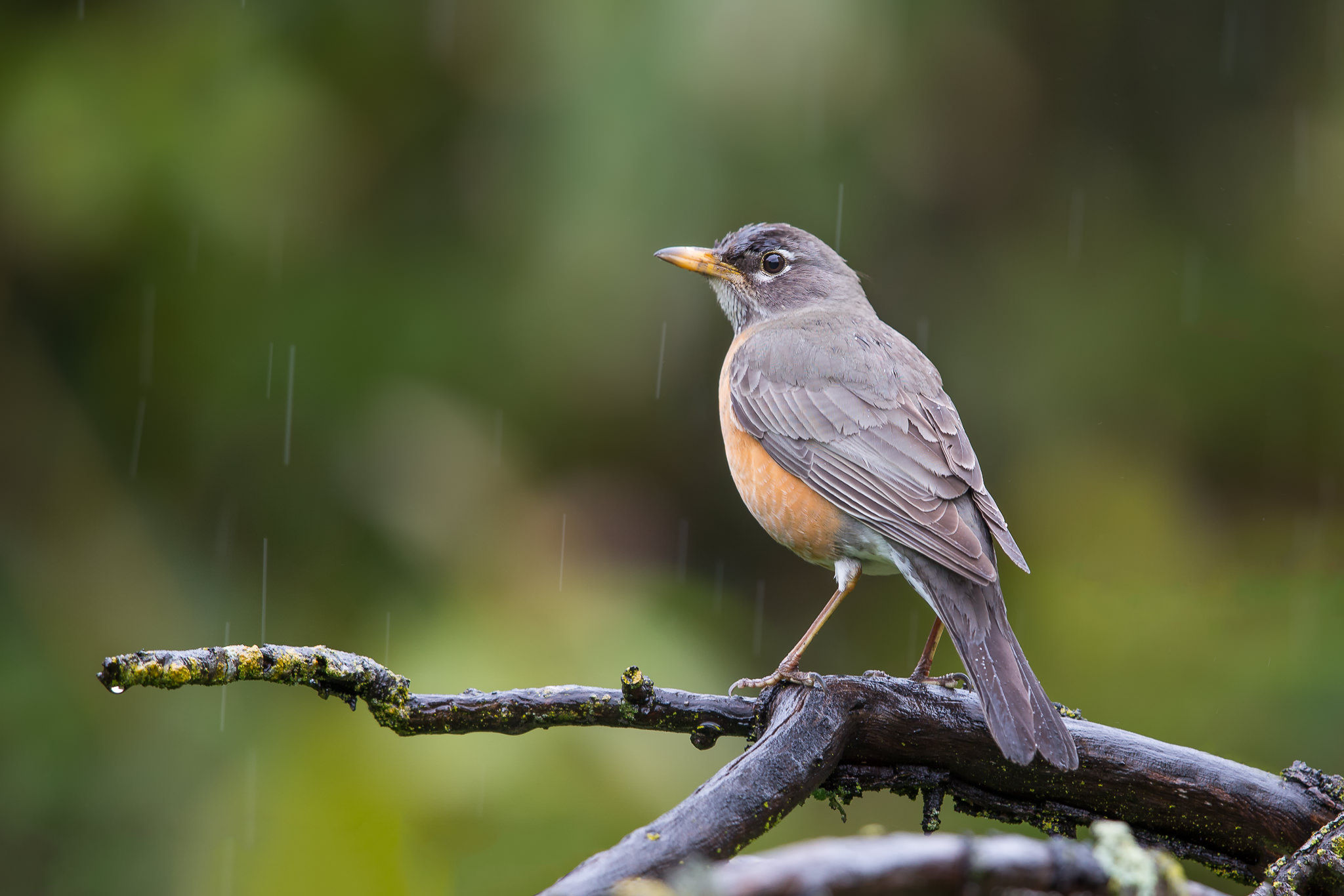 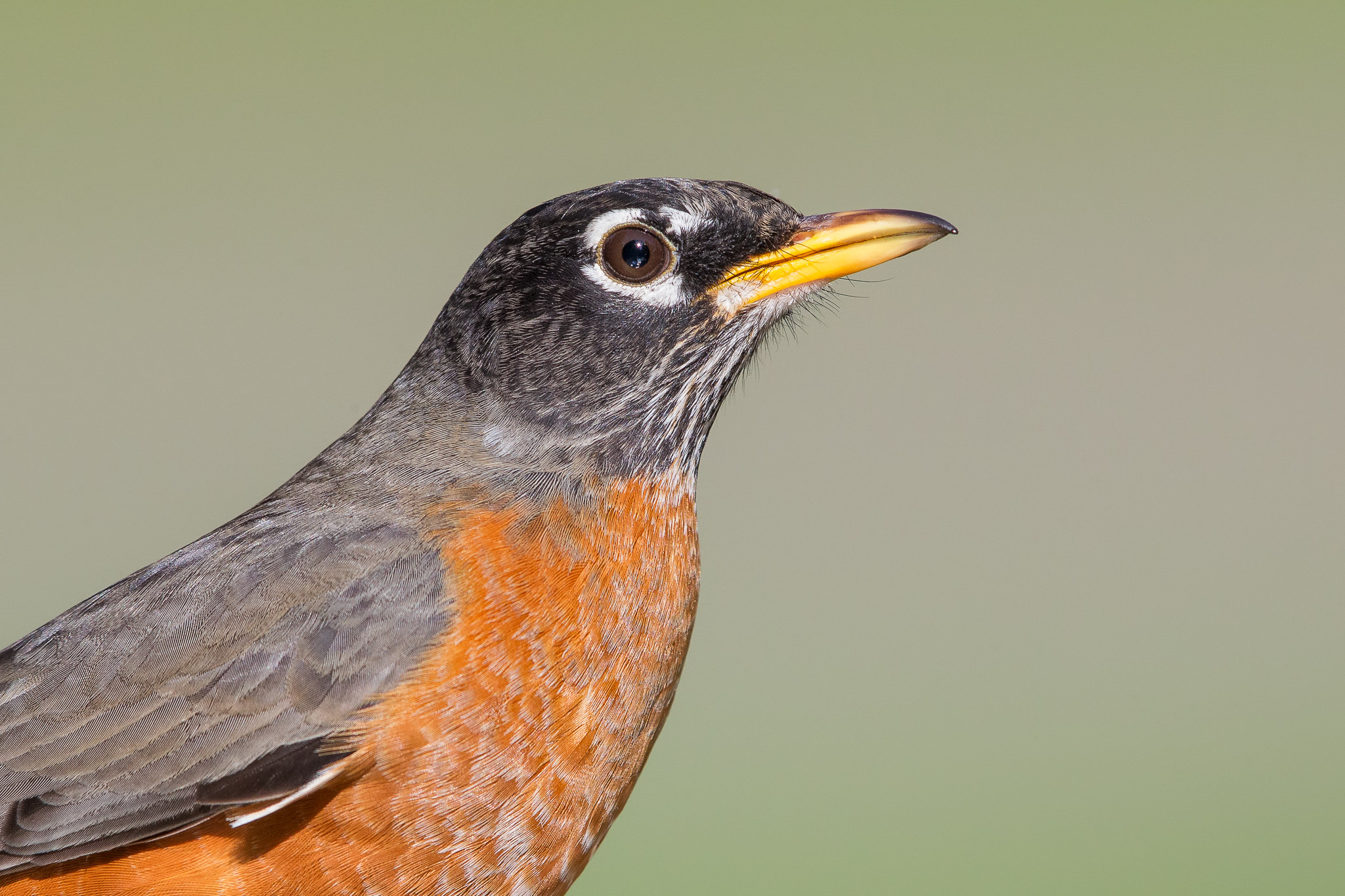