The ferruginous hawk (ferruginous = from Latin ferrum – iron, ferrgin-, iron rust, iron-rust color – reddish-brown), Buteo regalis (Latin, royal hawk), is a large bird of prey and belongs to the broad-winged buteo hawks. An old colloquial name is ferrugineous rough-leg, due to its similarity to the closely related rough-legged hawk.

This species is a large, broad-winged hawk of the open, arid grasslands, prairie and shrub steppe country; it is endemic to the interior parts of North America. It is used as a falconry bird in its native range.
This is the largest of the North American Buteos and is often mistaken for an eagle due to its size, proportions, and behavior. Among all the nearly thirty species of Buteo in the world, only the upland buzzard (B. hemilasius) of Asia averages larger in length and wingspan. The weight of the upland buzzard and ferruginous broadly overlaps and which of these two species is the heaviest in the genus is debatable. As with all birds of prey, the female ferruginous hawk is larger than the male, but there is some overlap between small females and large males in the range of measurements. Length in this species ranges from 51 to 69 cm (20 to 27 in) with an average of 58 cm (23 in), wingspan from 122 to 152 cm (48 to 60 in), with an average of about 139 cm (55 in), and weight from 977 to 2,267 g (2.154 to 4.998 lb). Weight varies in the species relatively restricted breeding range. In the southern reaches of the species breeding range, i.e. Arizona, New Mexico and Utah, males average 1,050 g (2.31 lb) and females average 1,231 g (2.714 lb). In the northern stretches of the breeding range, in southern Canada, Washington, Idaho and North Dakota, the hawks are heavier averaging 1,163 g (2.564 lb) in males and 1,776 g (3.915 lb) in females.

Adults have long broad wings and a broad gray, rusty, or white tail. The legs are feathered to the talons, like the rough-legged hawk. There are two color forms:

Light morph birds are rusty brown on the upper parts and pale on the head, neck, and underparts with rust on the legs and some rust marking on the underwing. The upper wings are grey. The “ferruginous” name refers to the rusty color of the light-morph birds.
Dark-morph birds are dark brown on both upperparts and underparts with light areas on the upper and lower wings.
There are no subspecies. 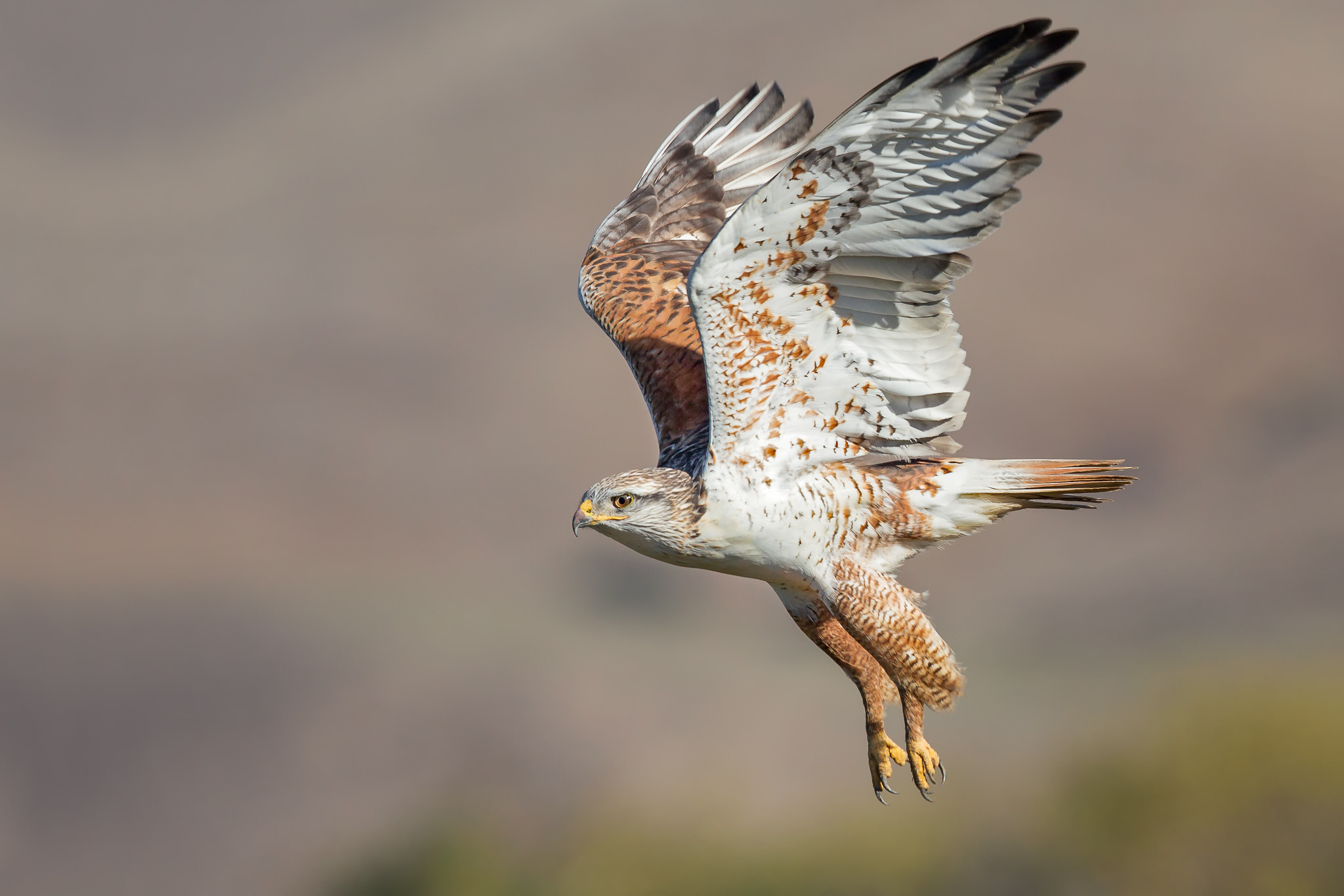 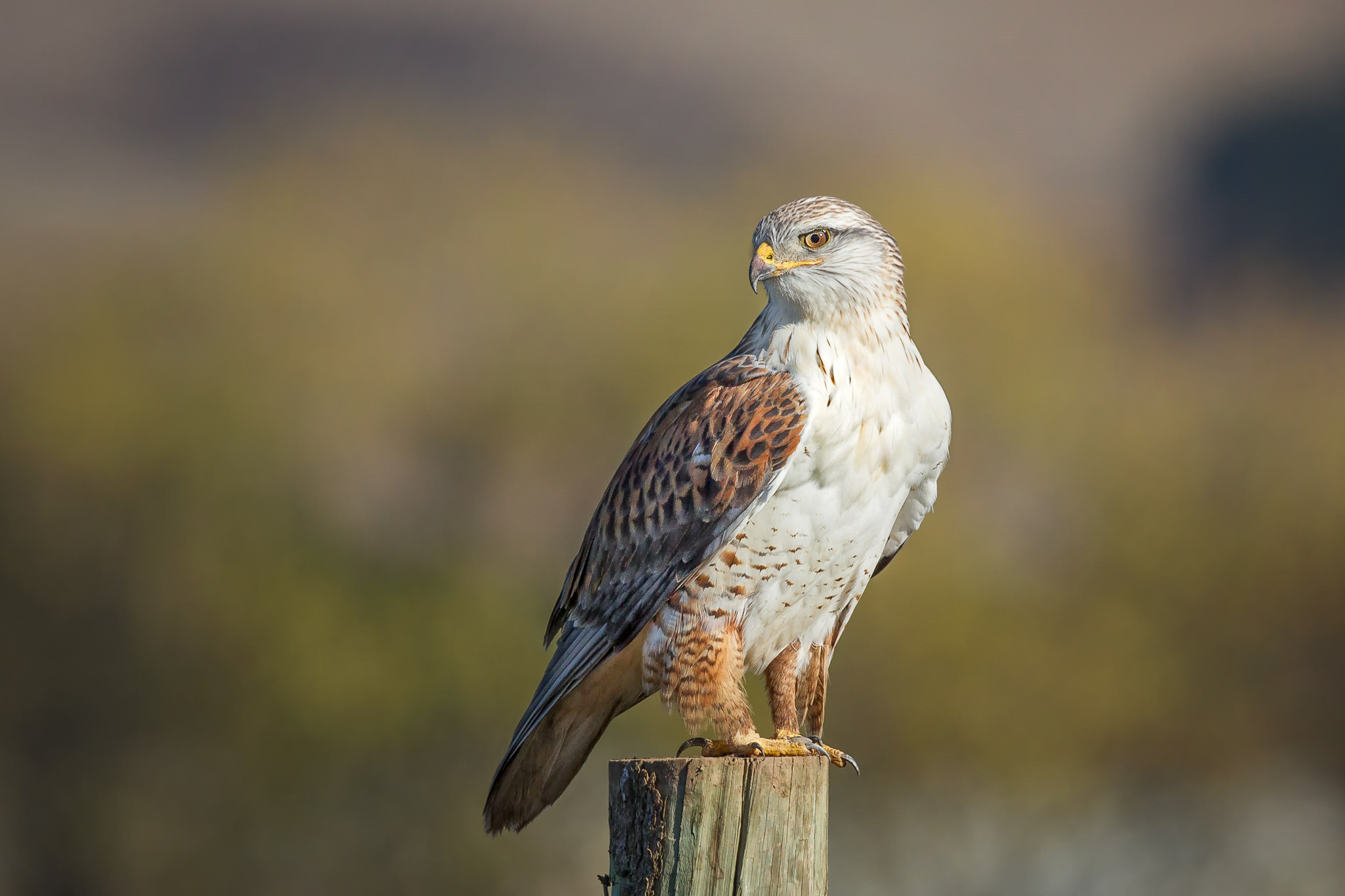 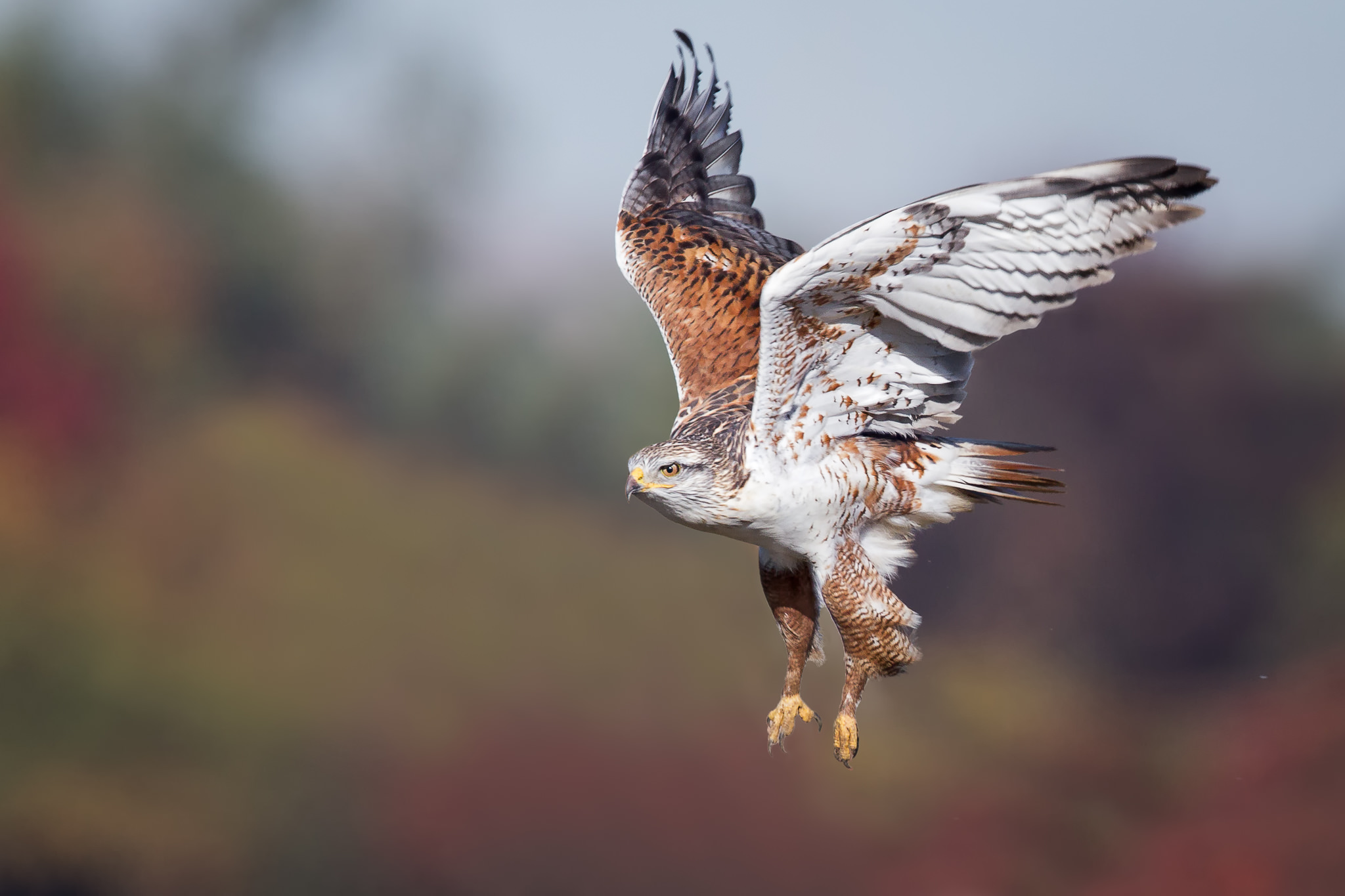 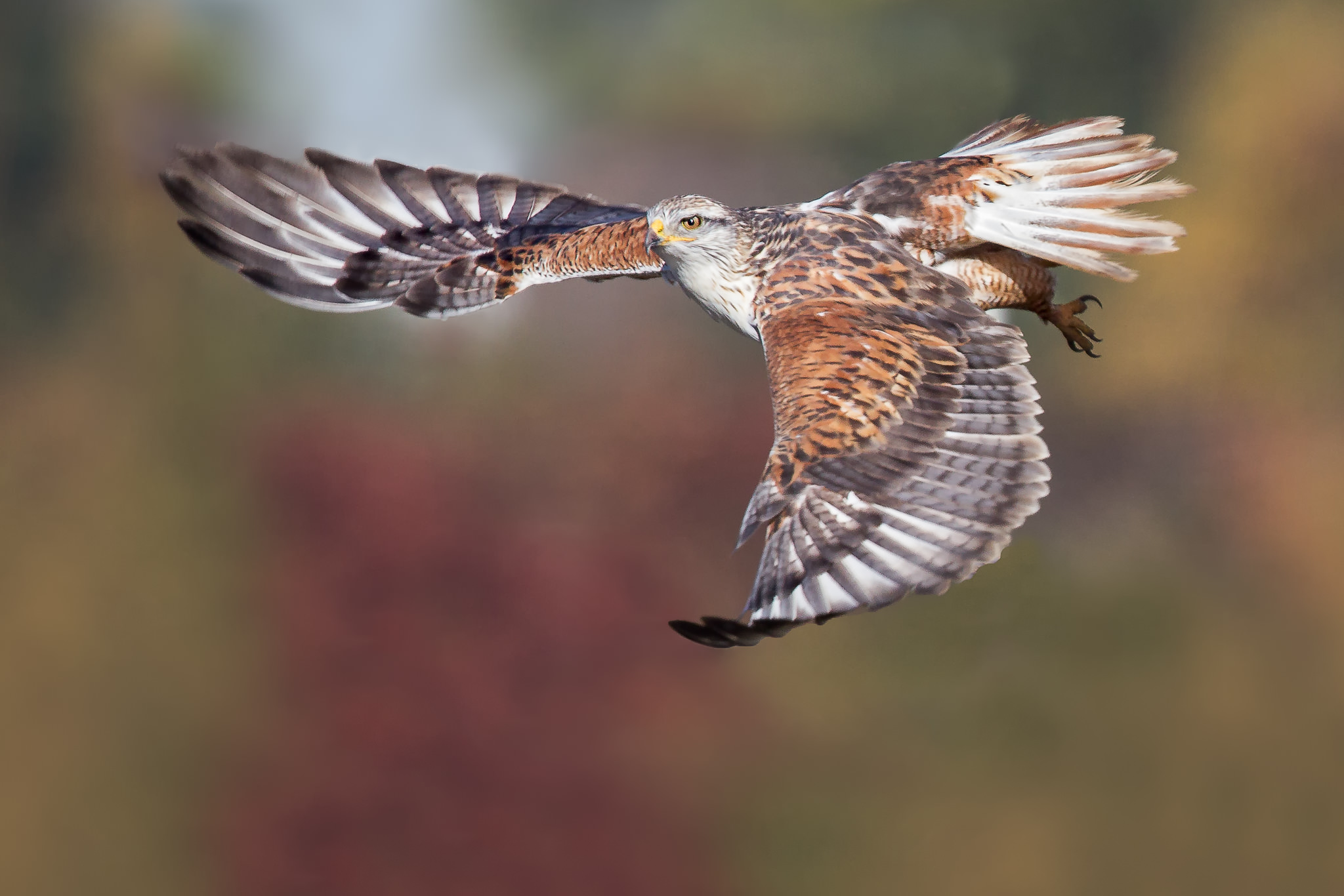 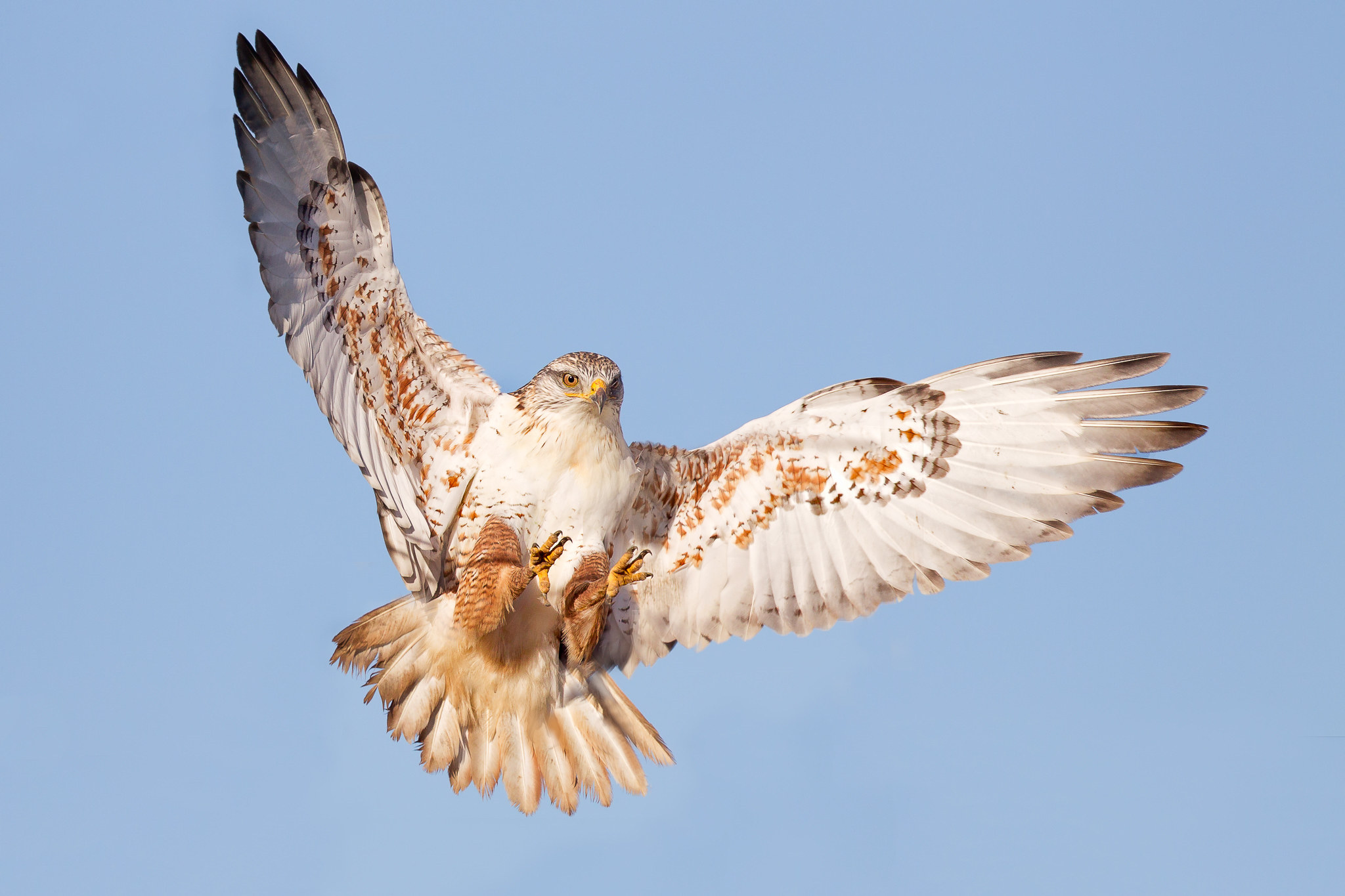 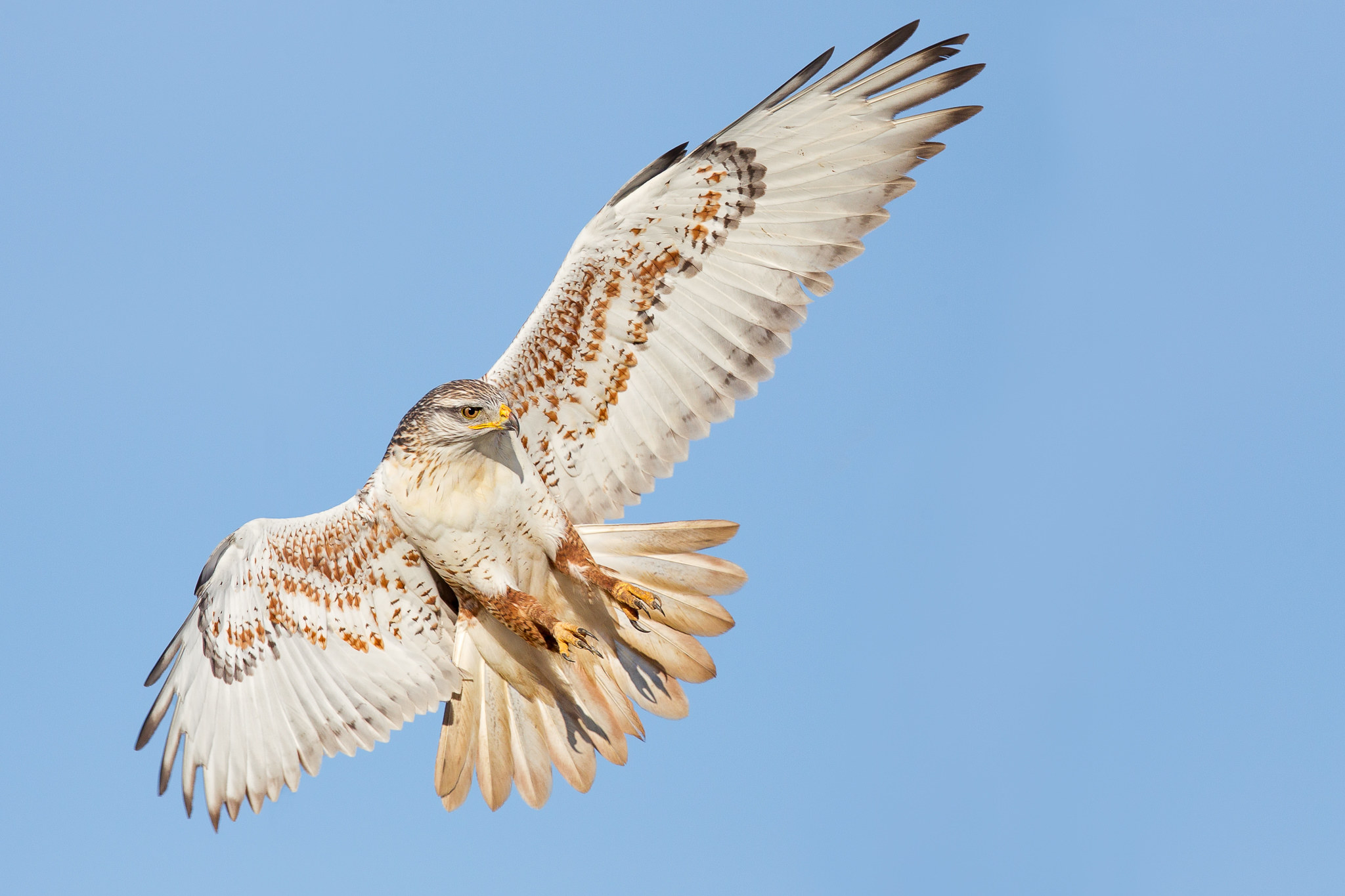 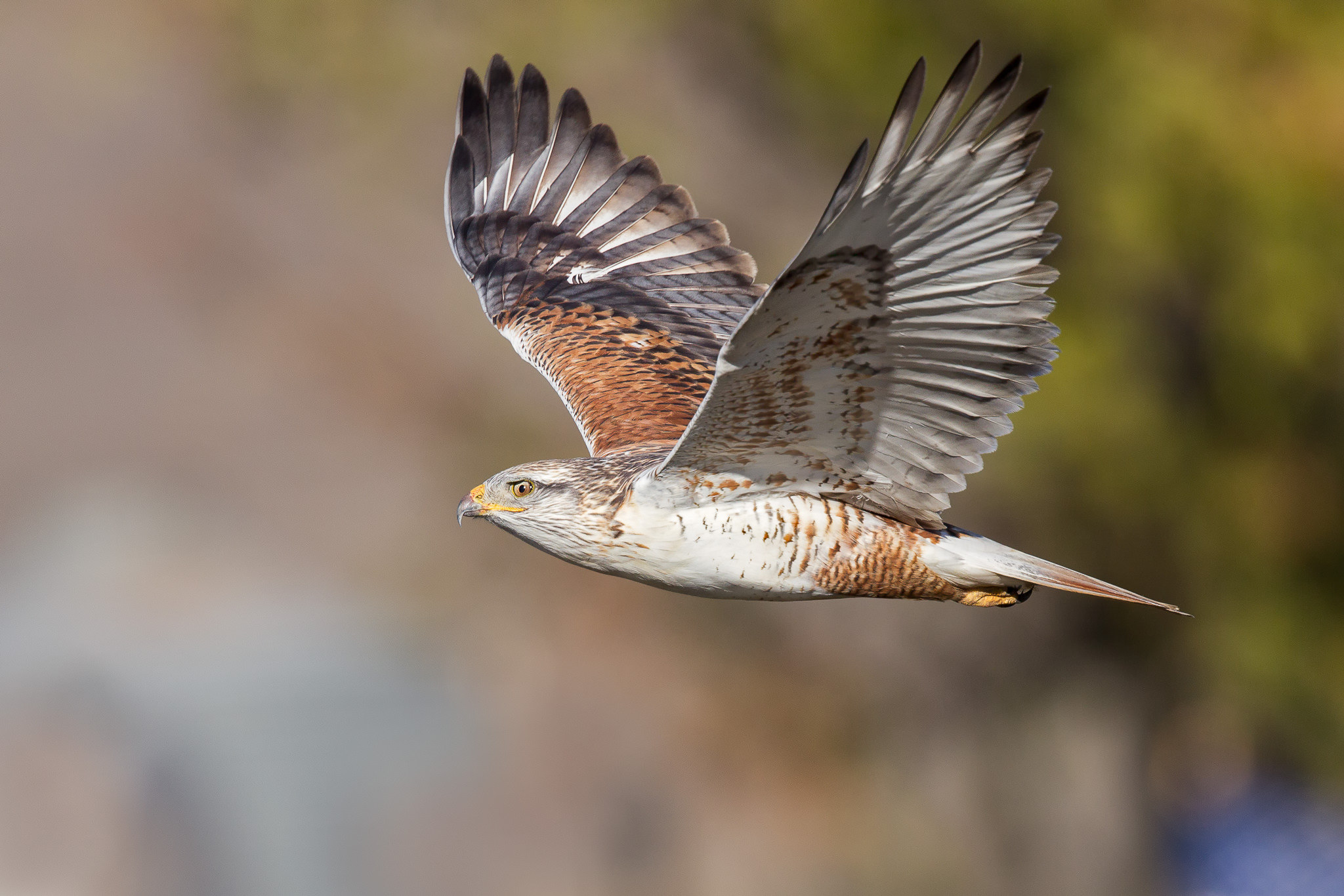 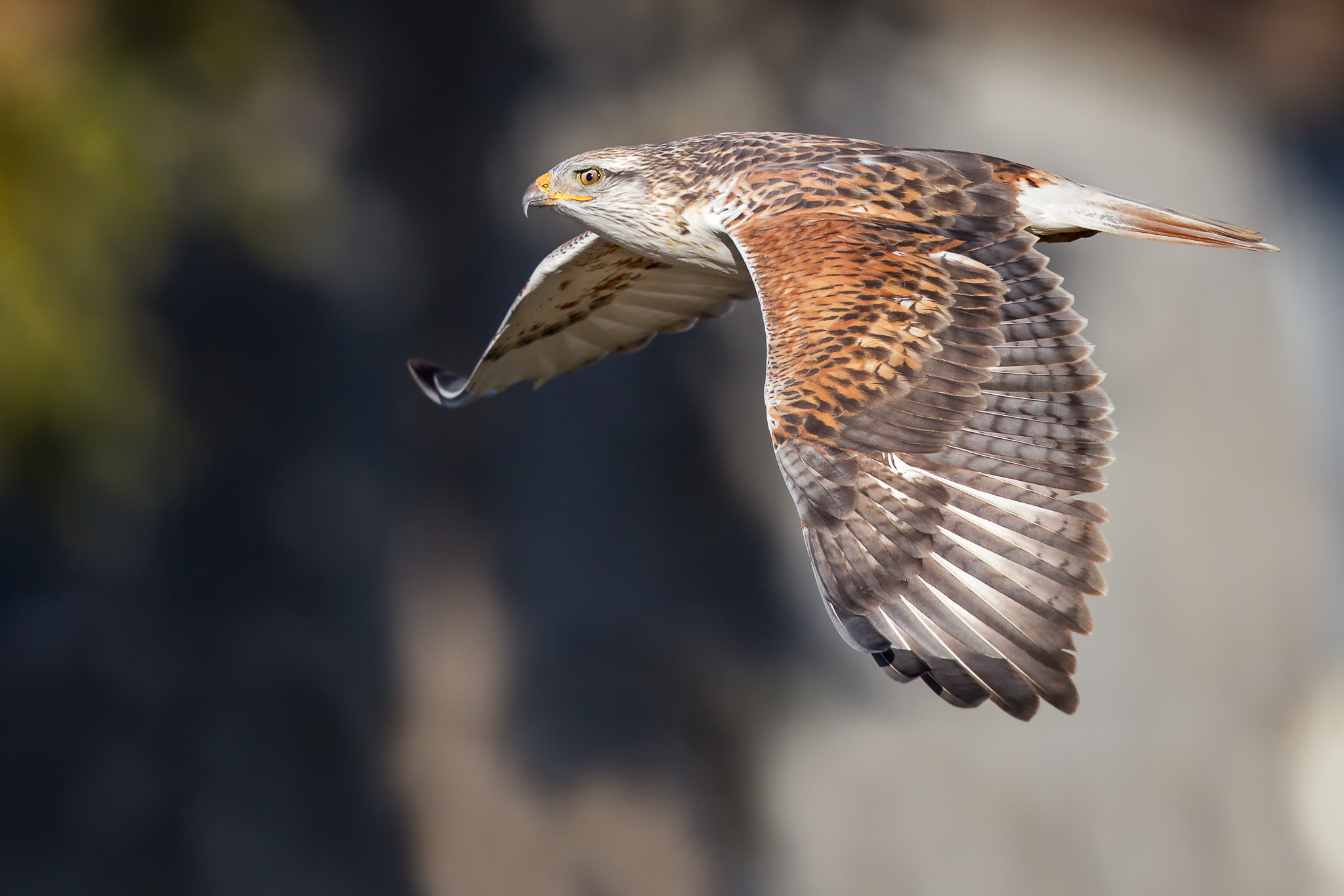 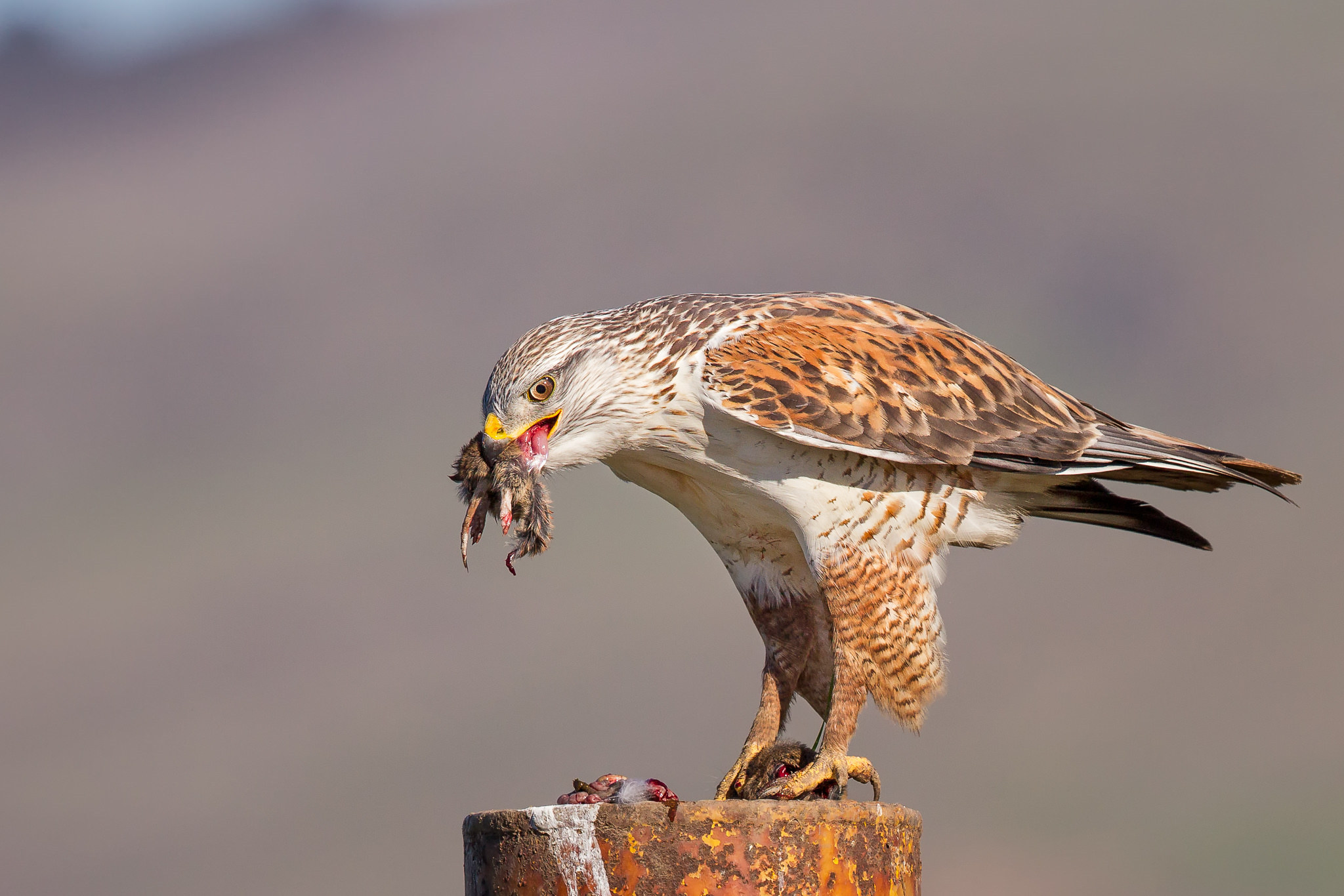 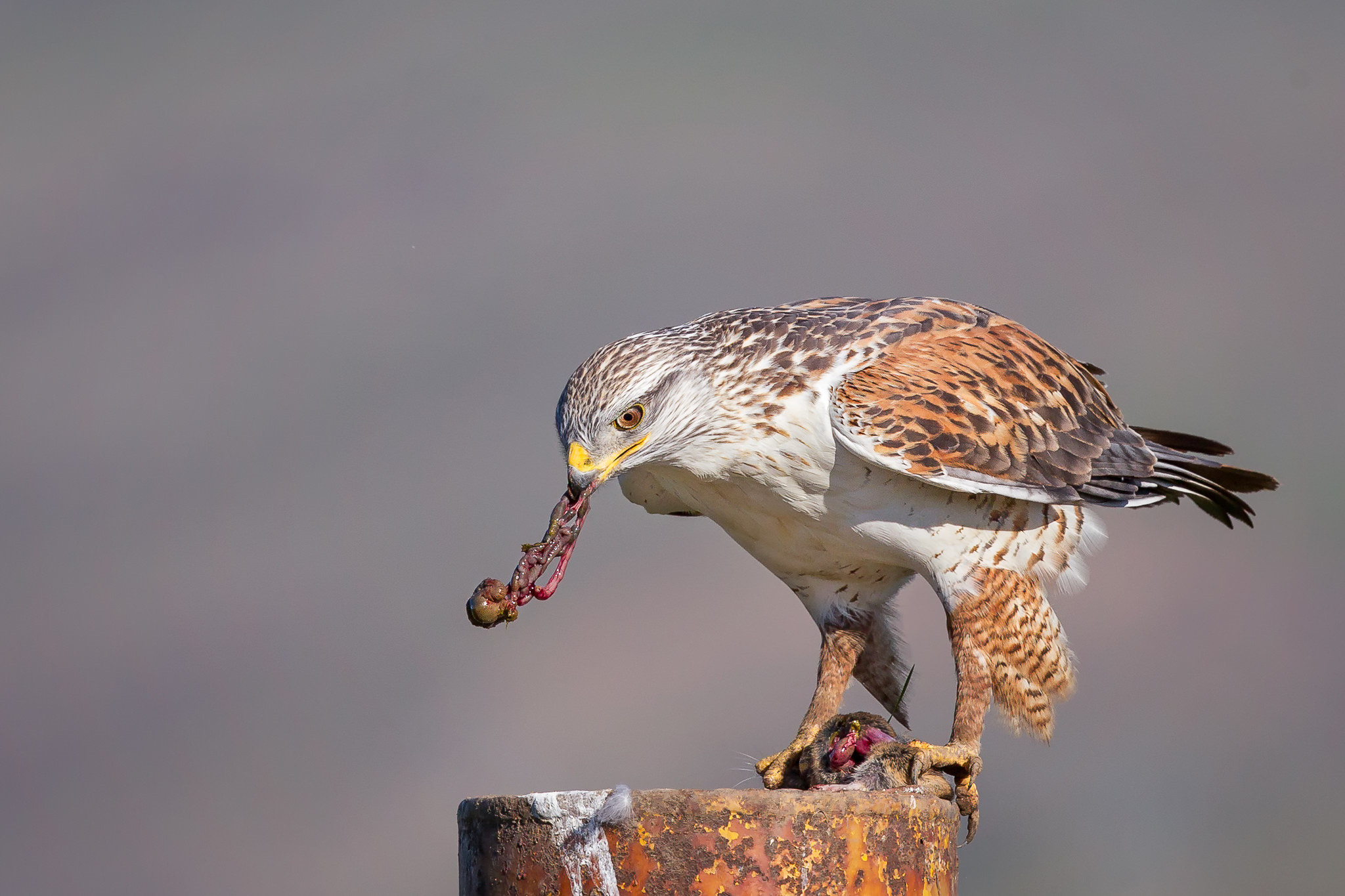 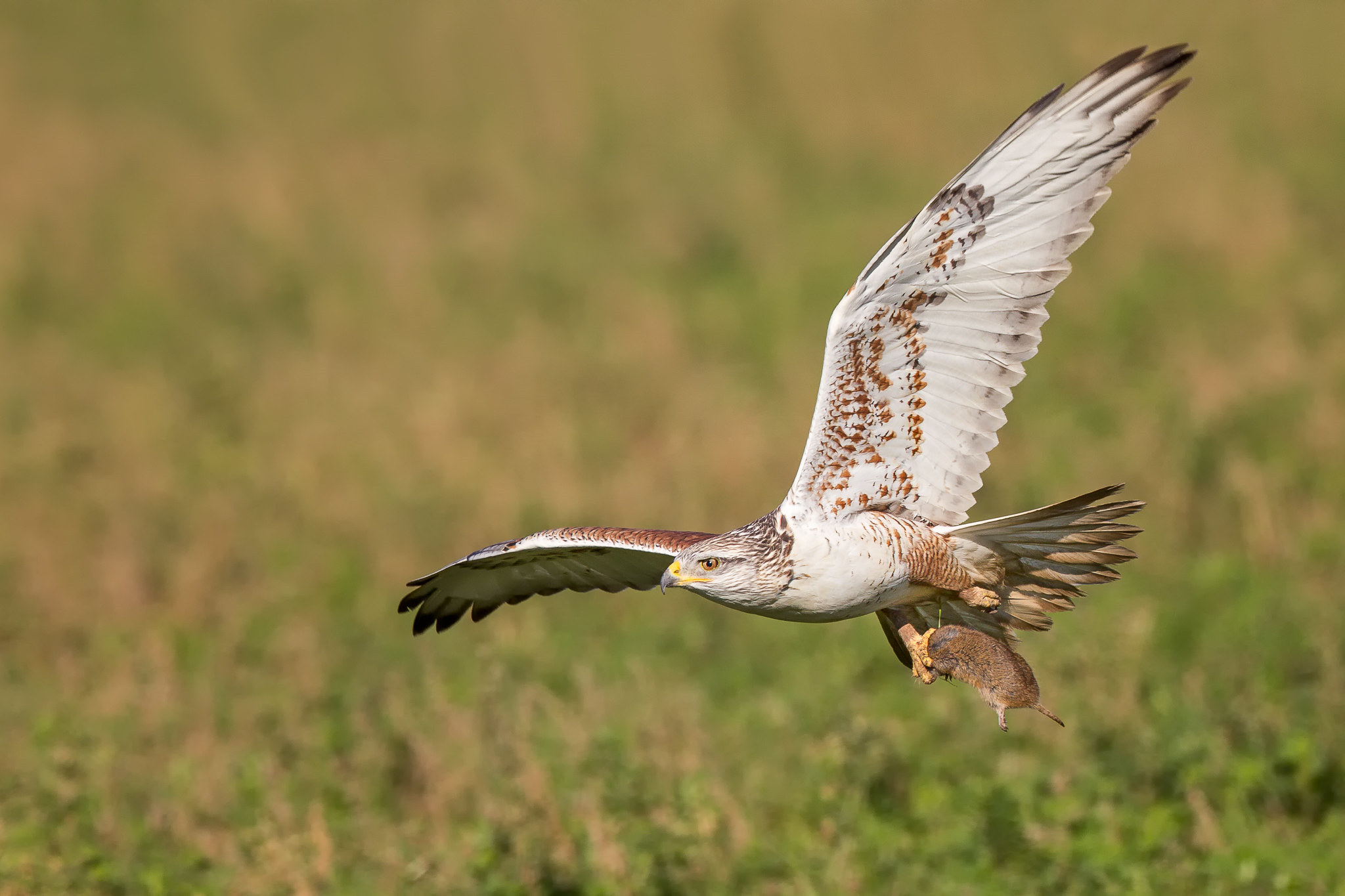 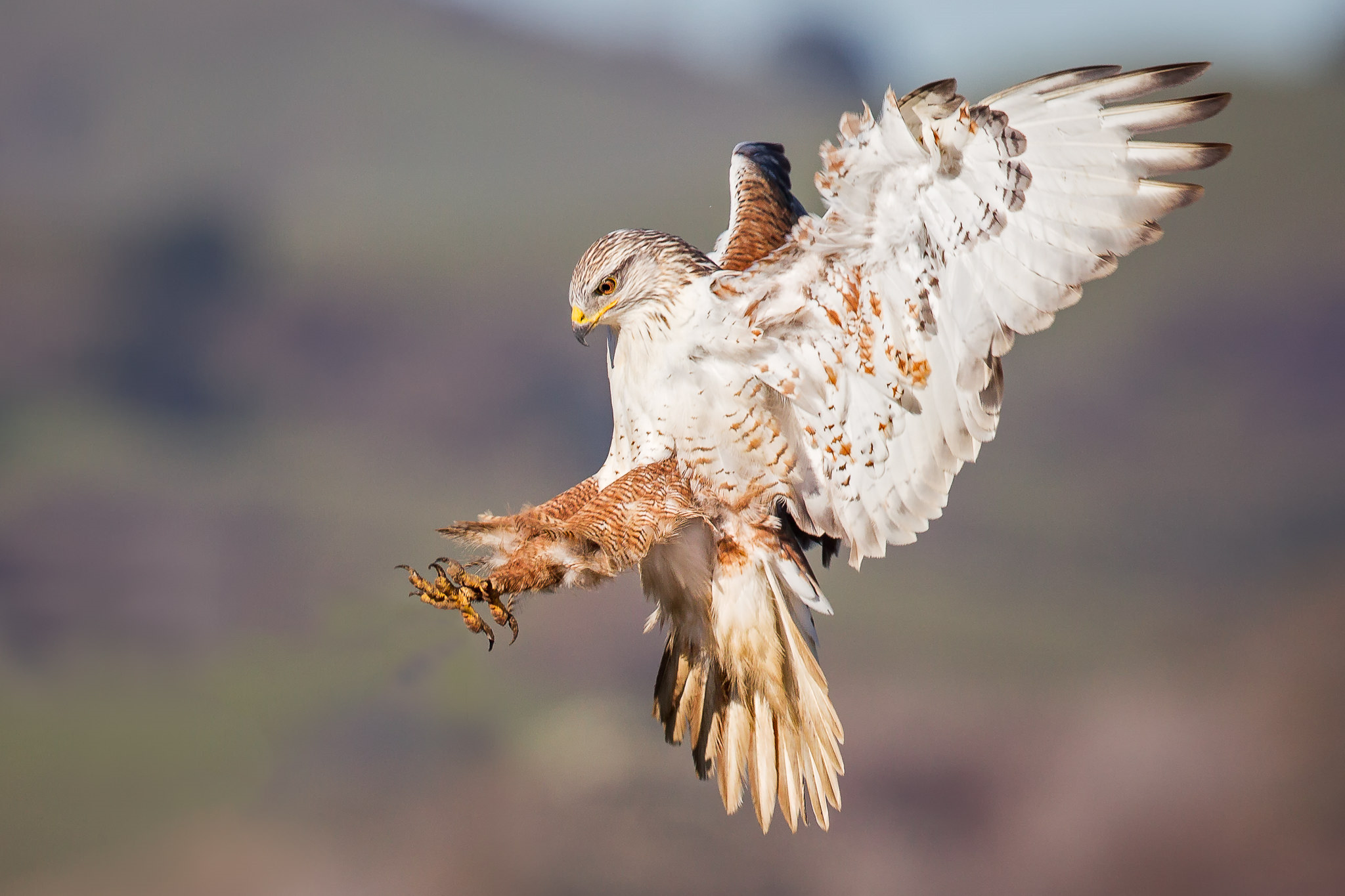 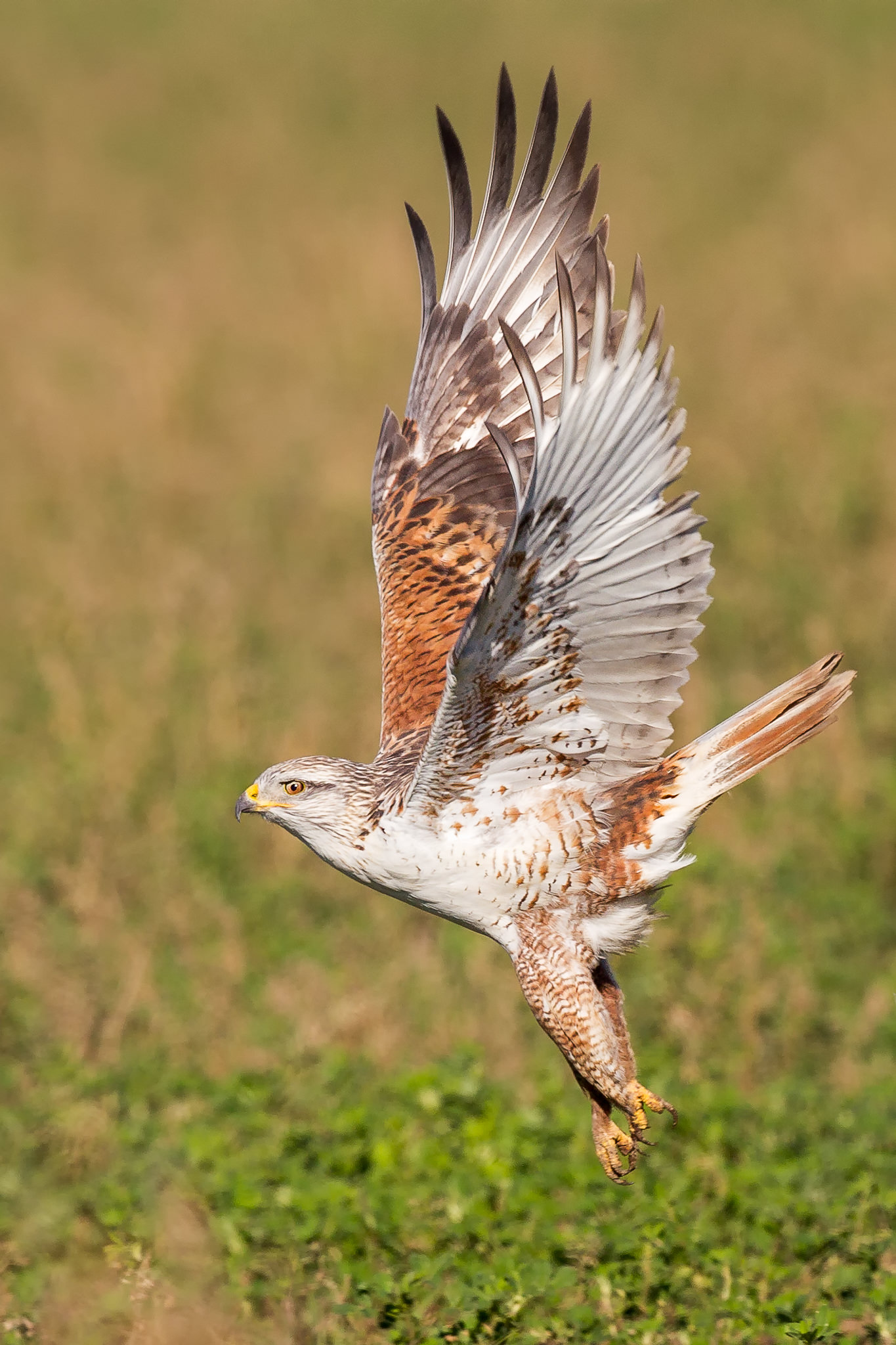 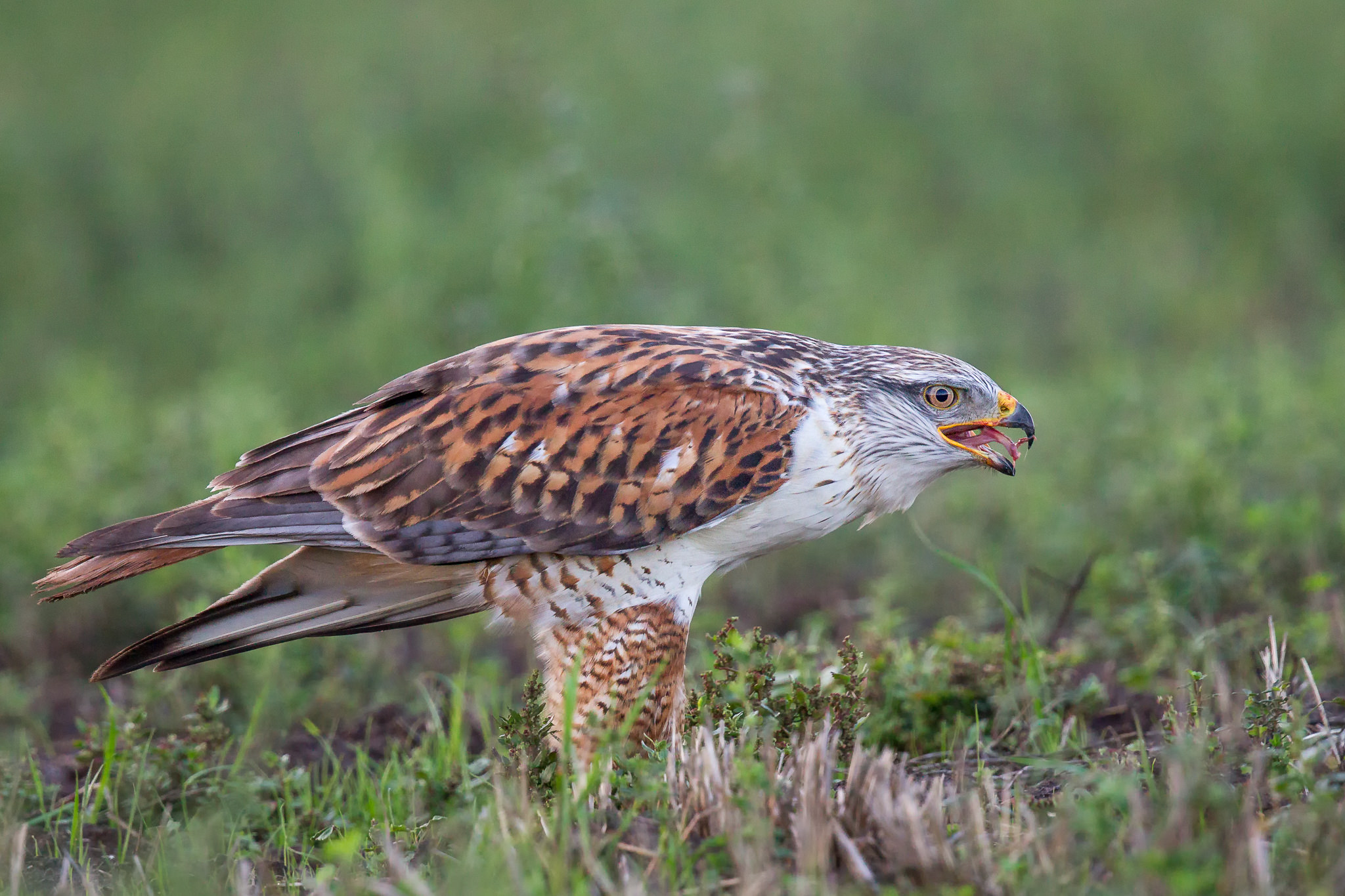 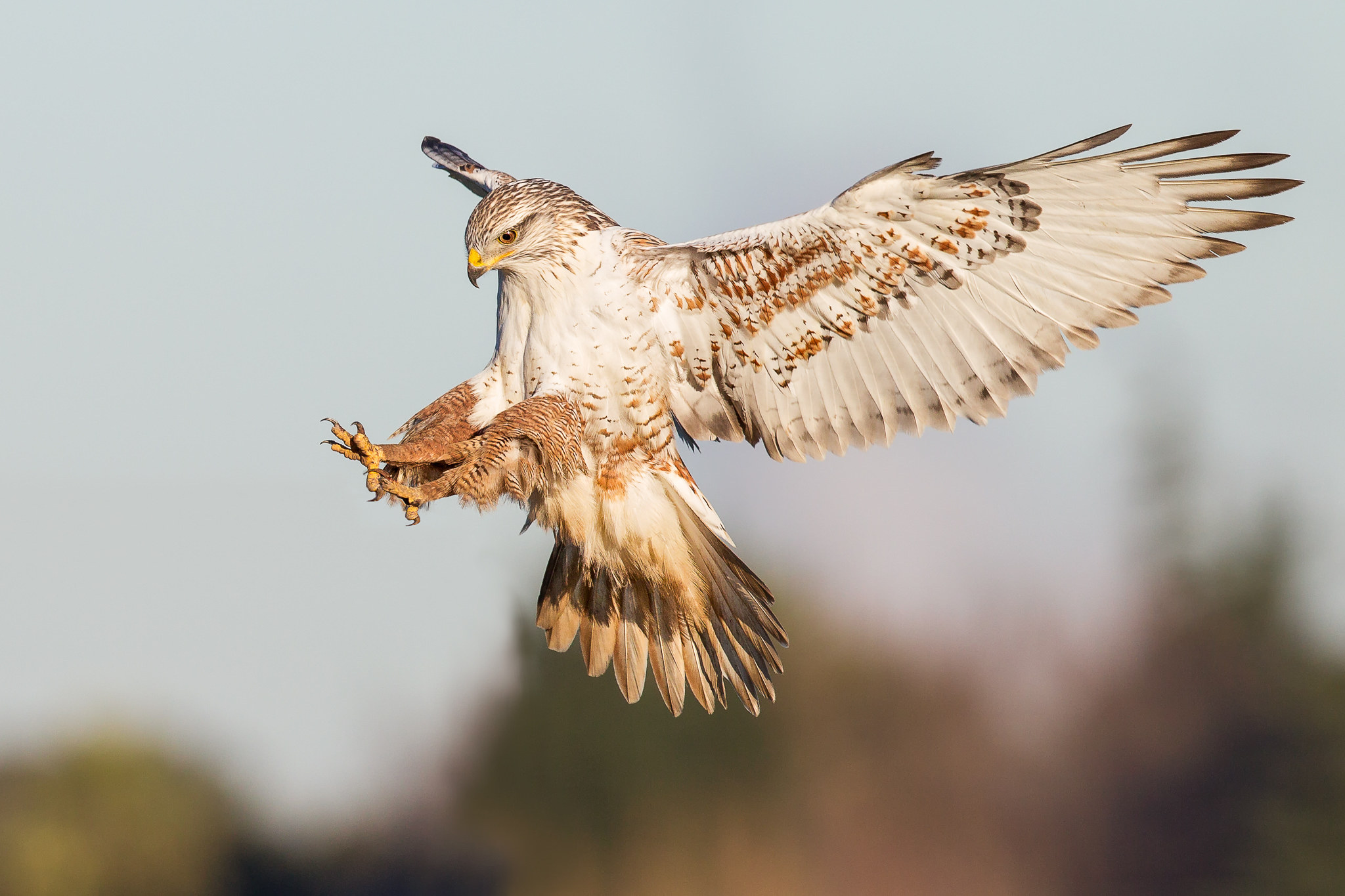 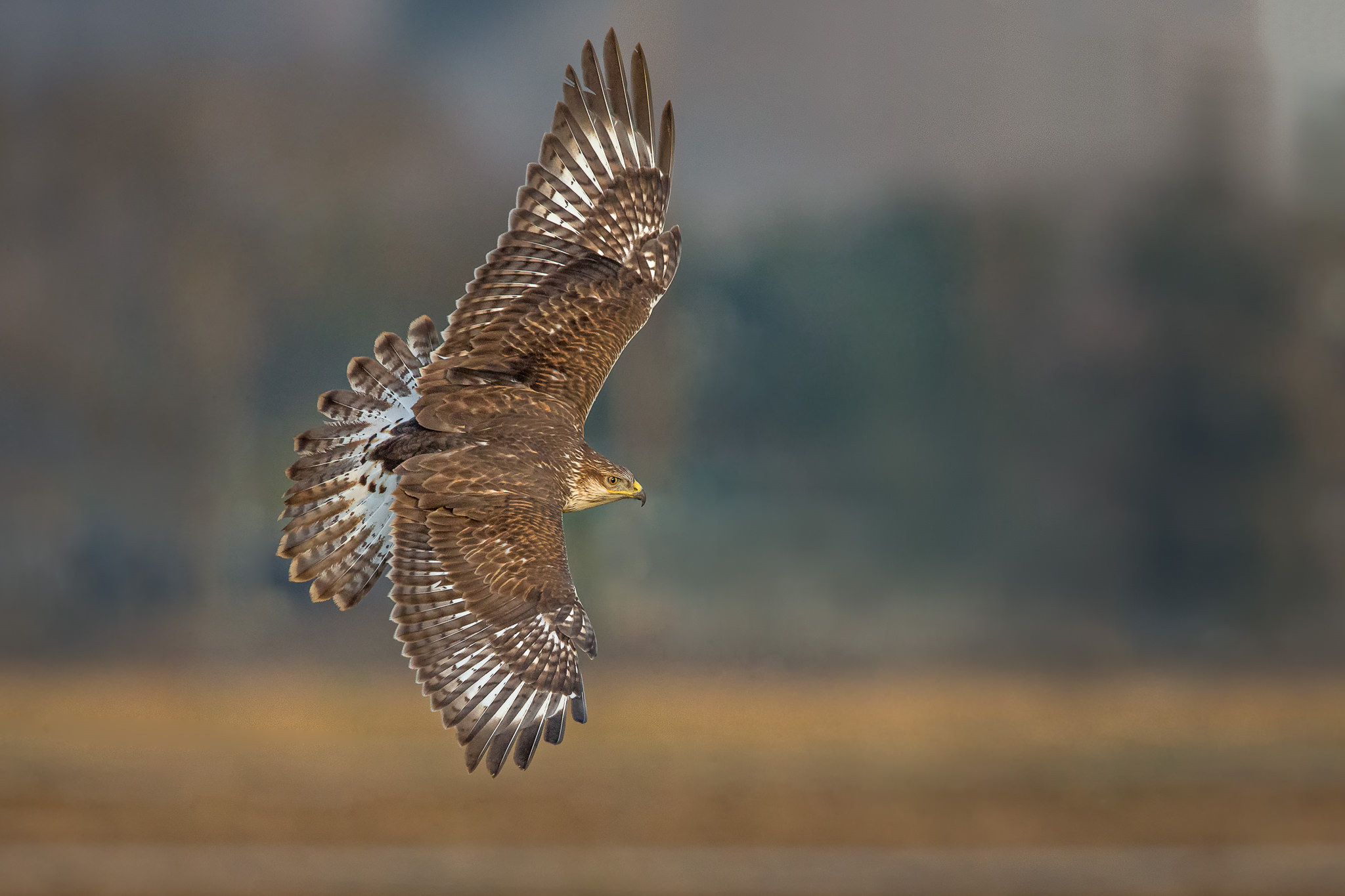