The Great Horned Owl (Bubo virginianus), also known as the tiger owl or the hoot owl, is a large owl native to the Americas.It is a fierce predator that can take large prey, including raptors like Ospreys and other falcons.  Great Horned Owl has excellent night vision and flies very quietly in pursuit of prey. The great horned owl is generally colored for camouflage. The underparts of the species are usually light with some brown horizontal barring; the upper parts and upper wings are generally a mottled brown usually bearing heavy, complex darker markings. All subspecies are darkly barred to some extent along the sides as well. There is a variable sized white patch on the throat. The white throat may continue as a streak running down the middle of the breast even when the birds are not displaying, which in particularly pale individuals can widen at the belly into a large white area. South American horned owls typically have a smaller white throat patch, often unseen unless actively displaying, and rarely display the white area on the chest. There are individual and regional variations in overall color, with birds from the subarctic showing a washed-out, light-buff color, while those from the Pacific Coast of North America, Central America and much of South America can be a dark brownish color overlaid with blackish blotching. The skin of the feet and legs, though almost entirely obscured by feathers, is black. Even tropical great horned owls have feathered legs and feet. The feathers on the feet of the great horned owl are the second longest known in any owl (after the snowy owl). The bill is dark gunmetal-gray, as are the talons. 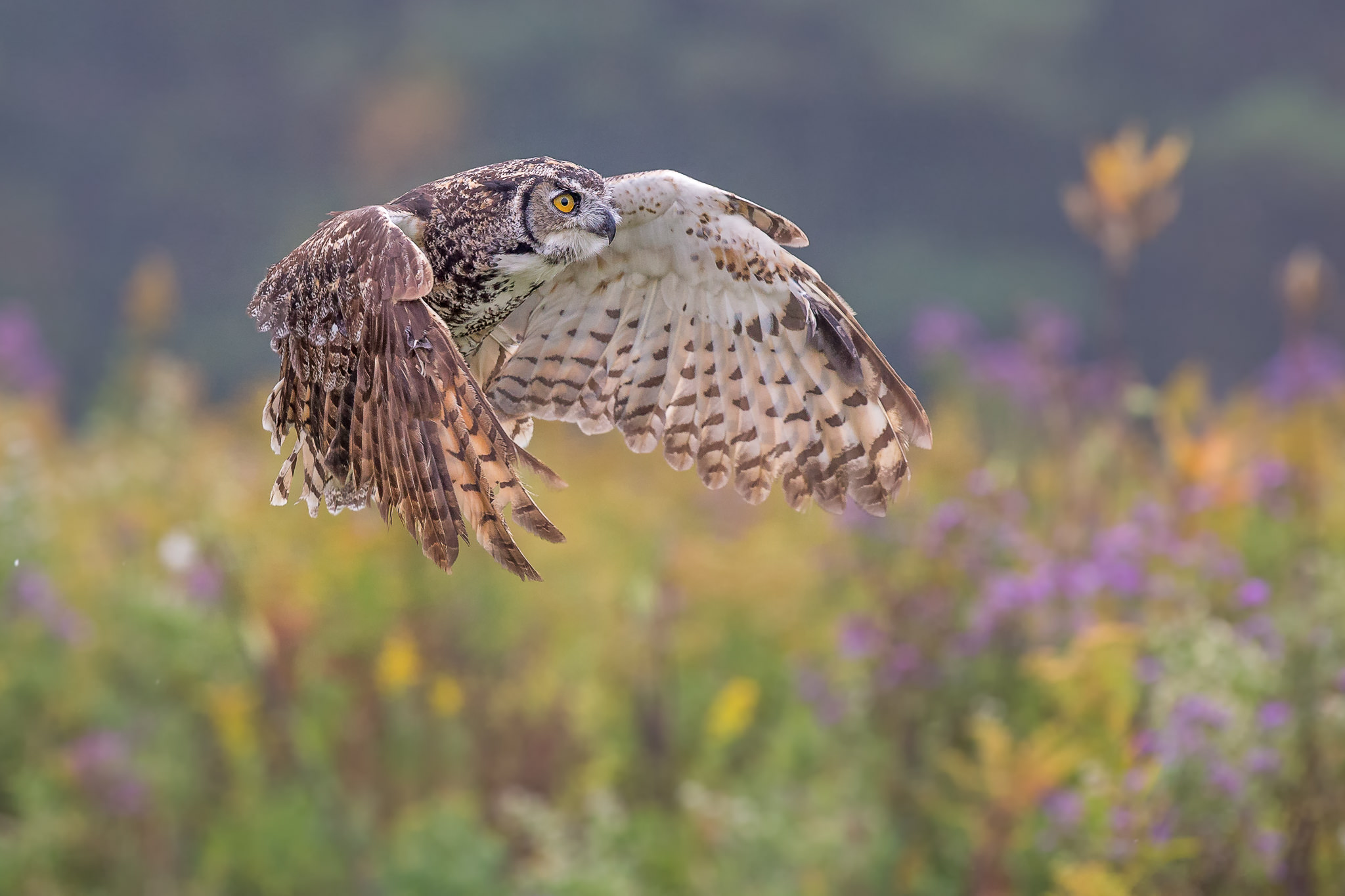 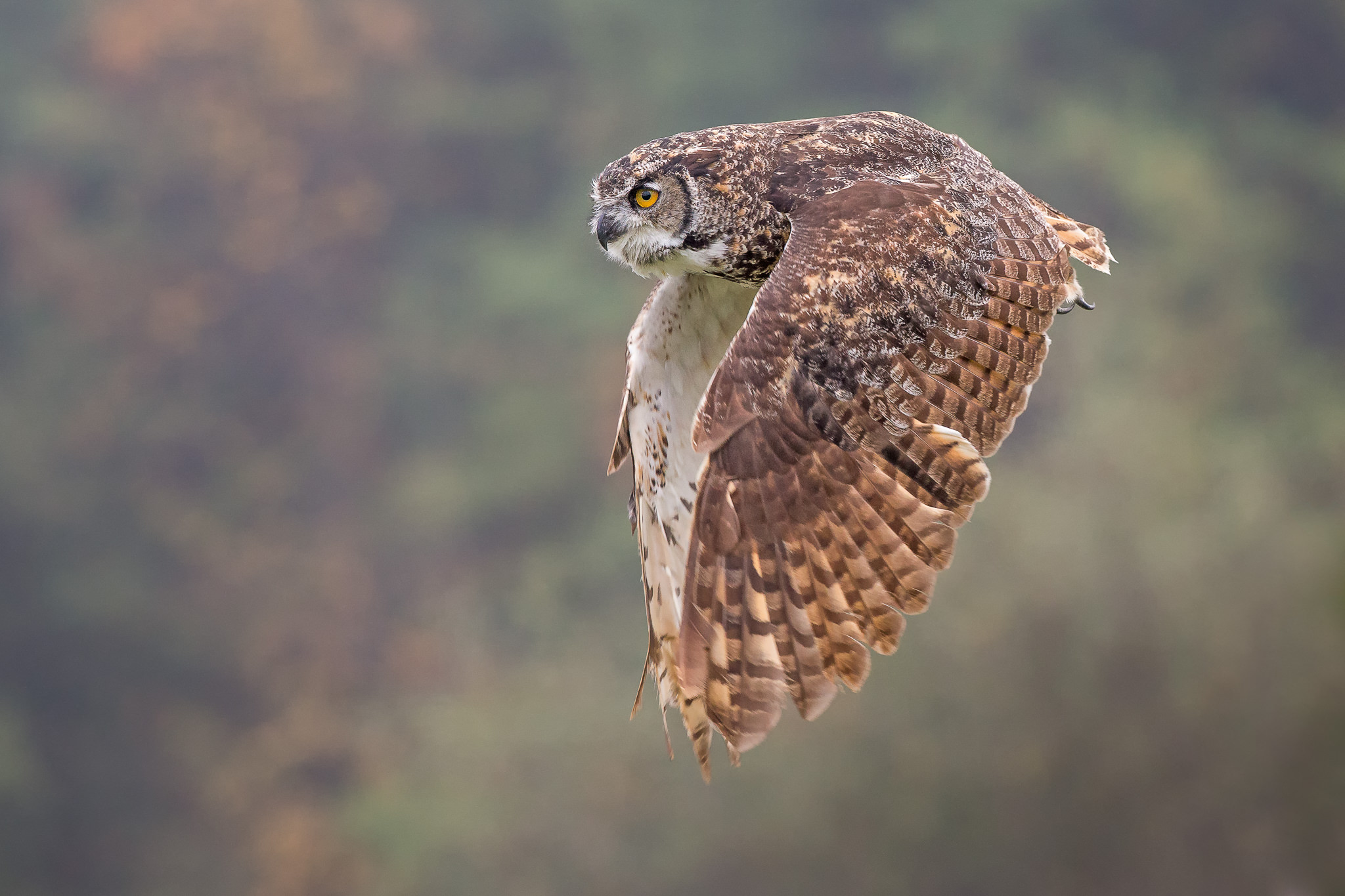 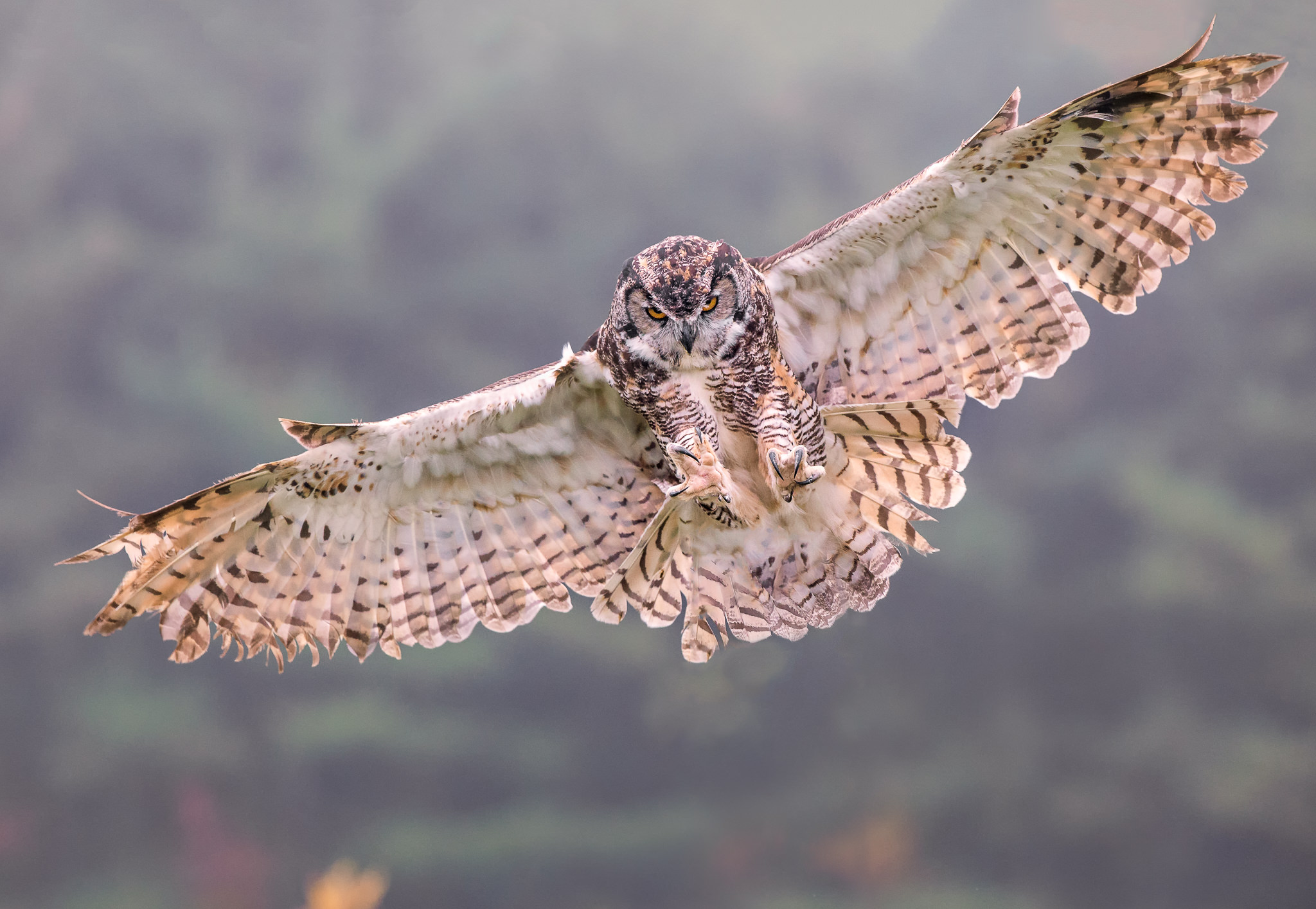 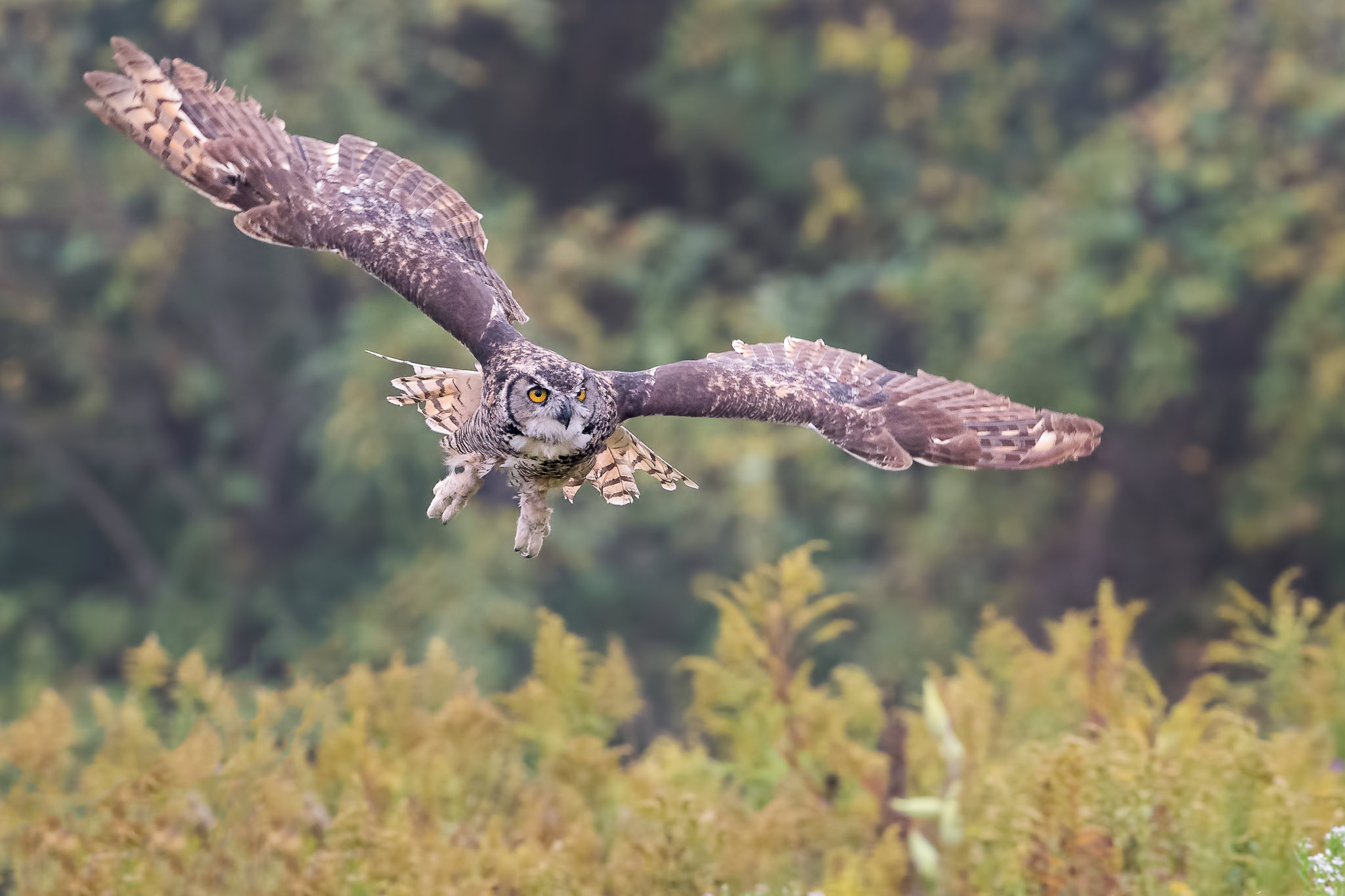 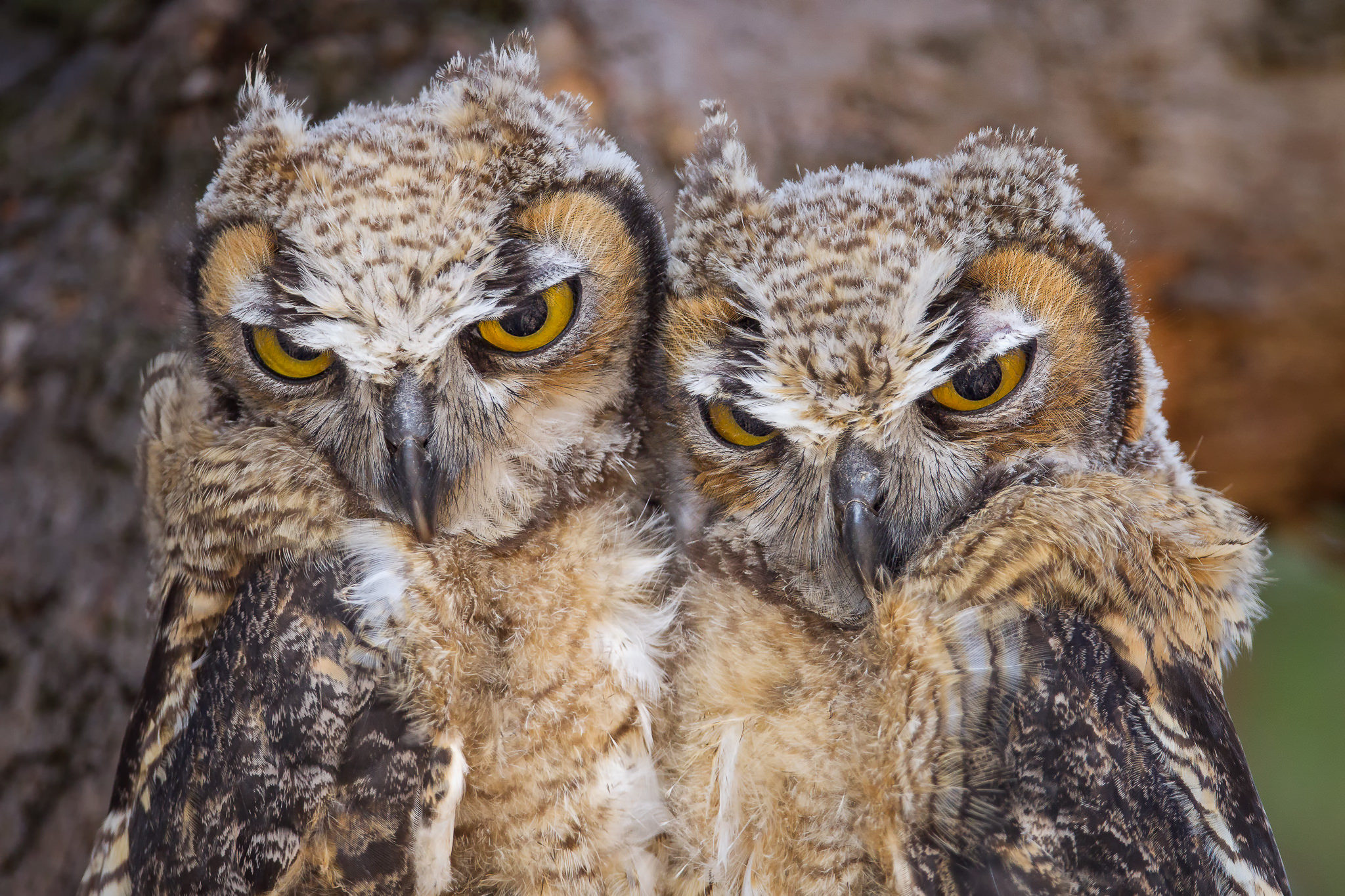 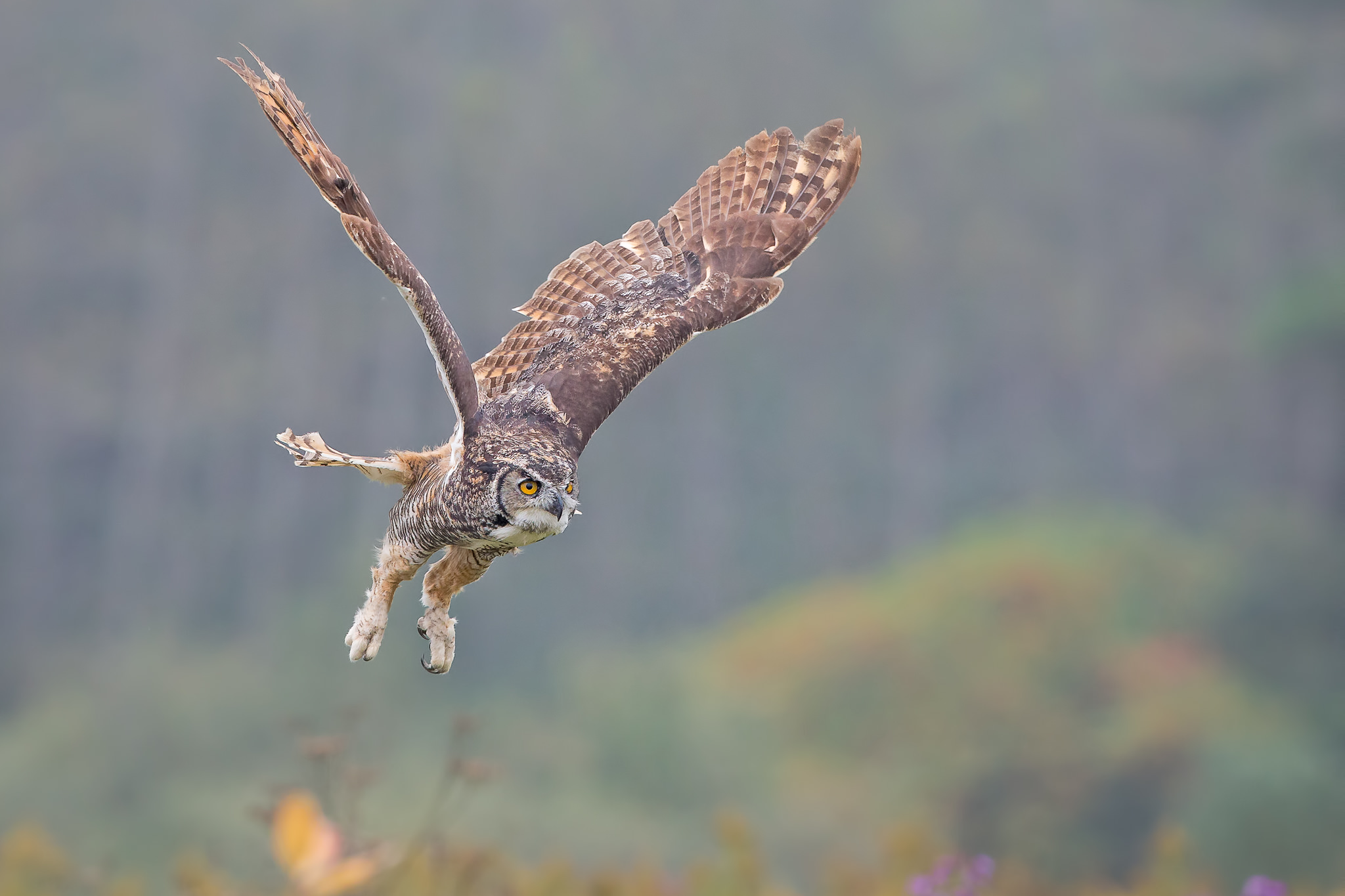 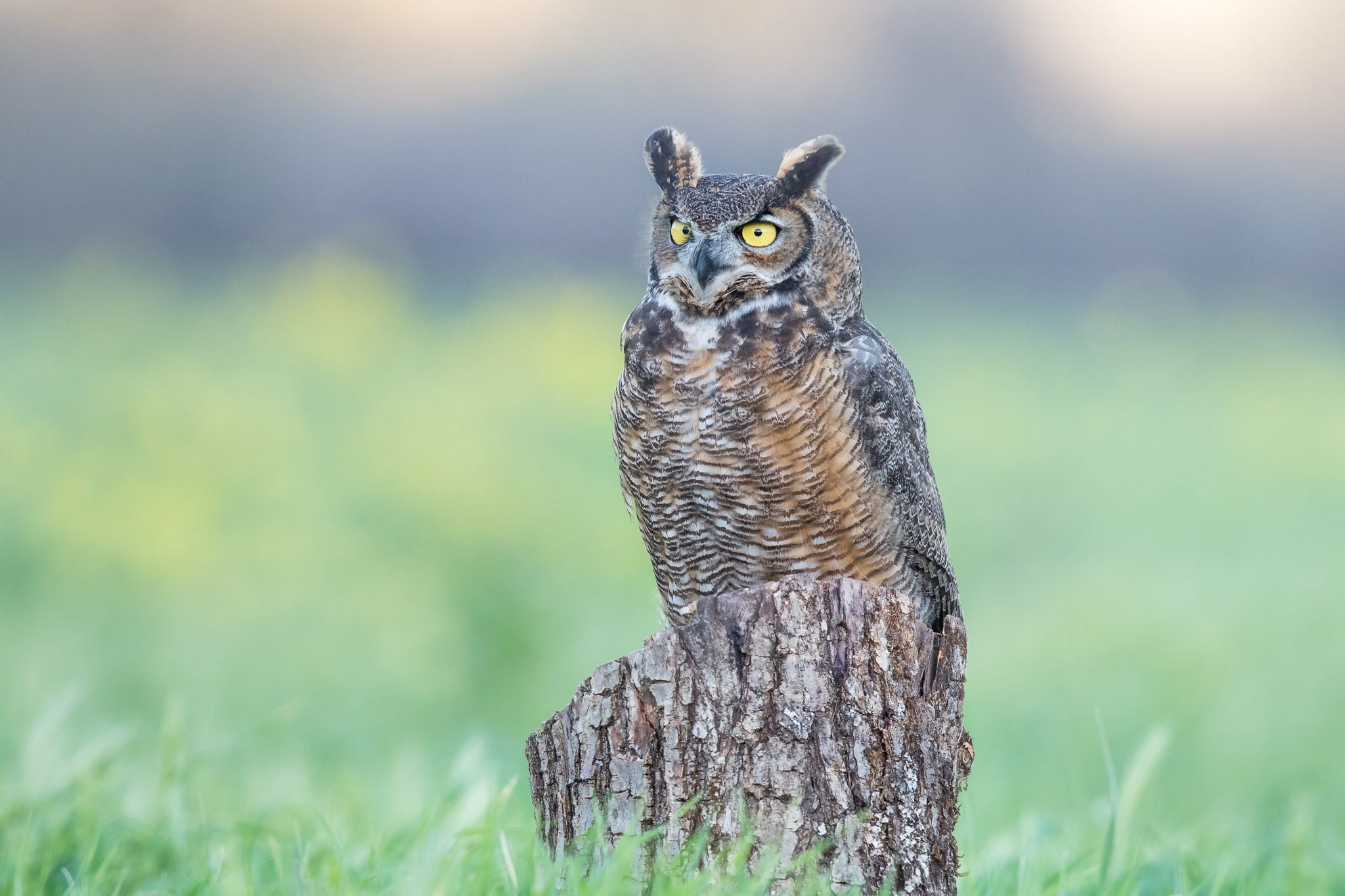 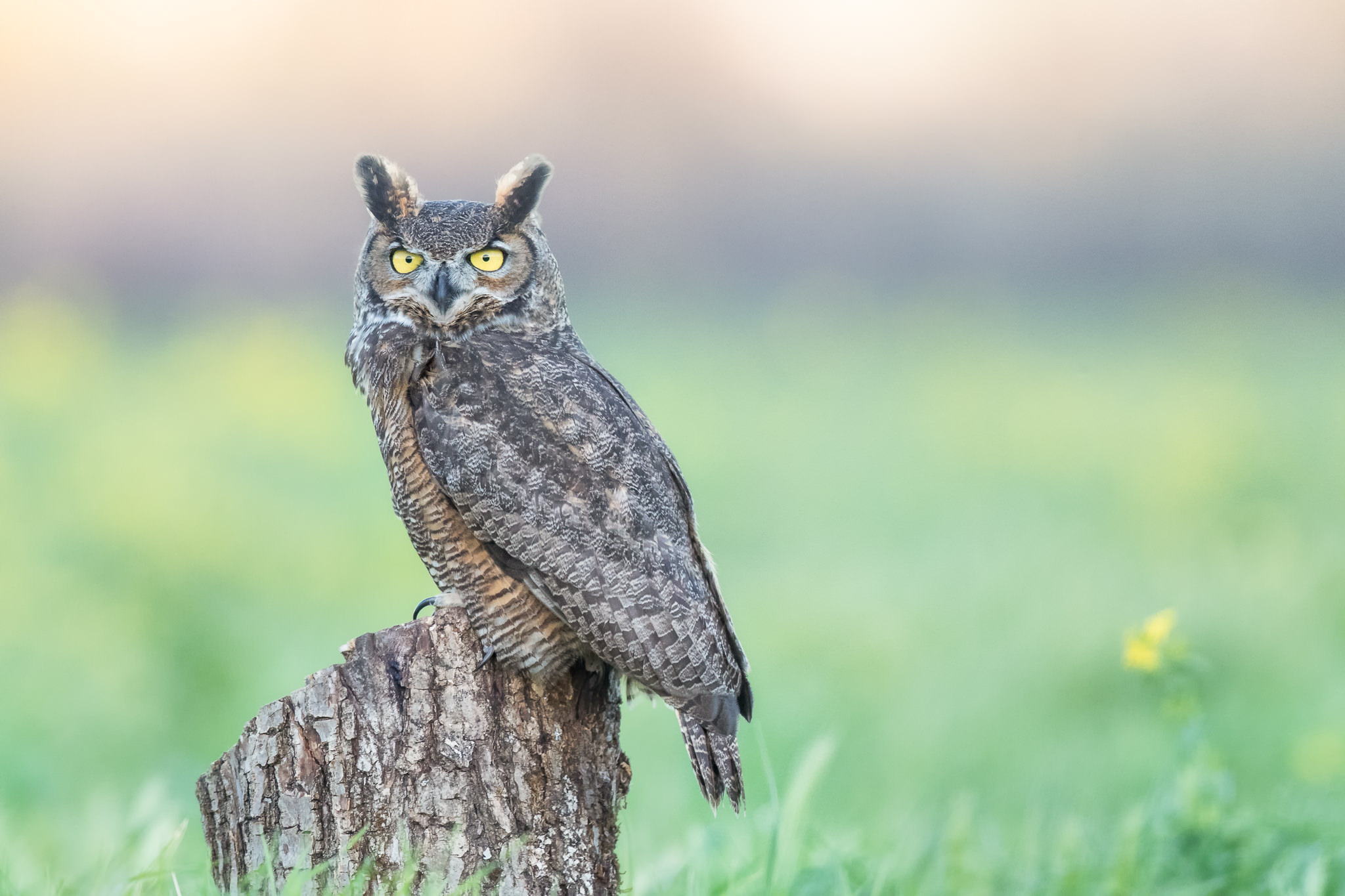 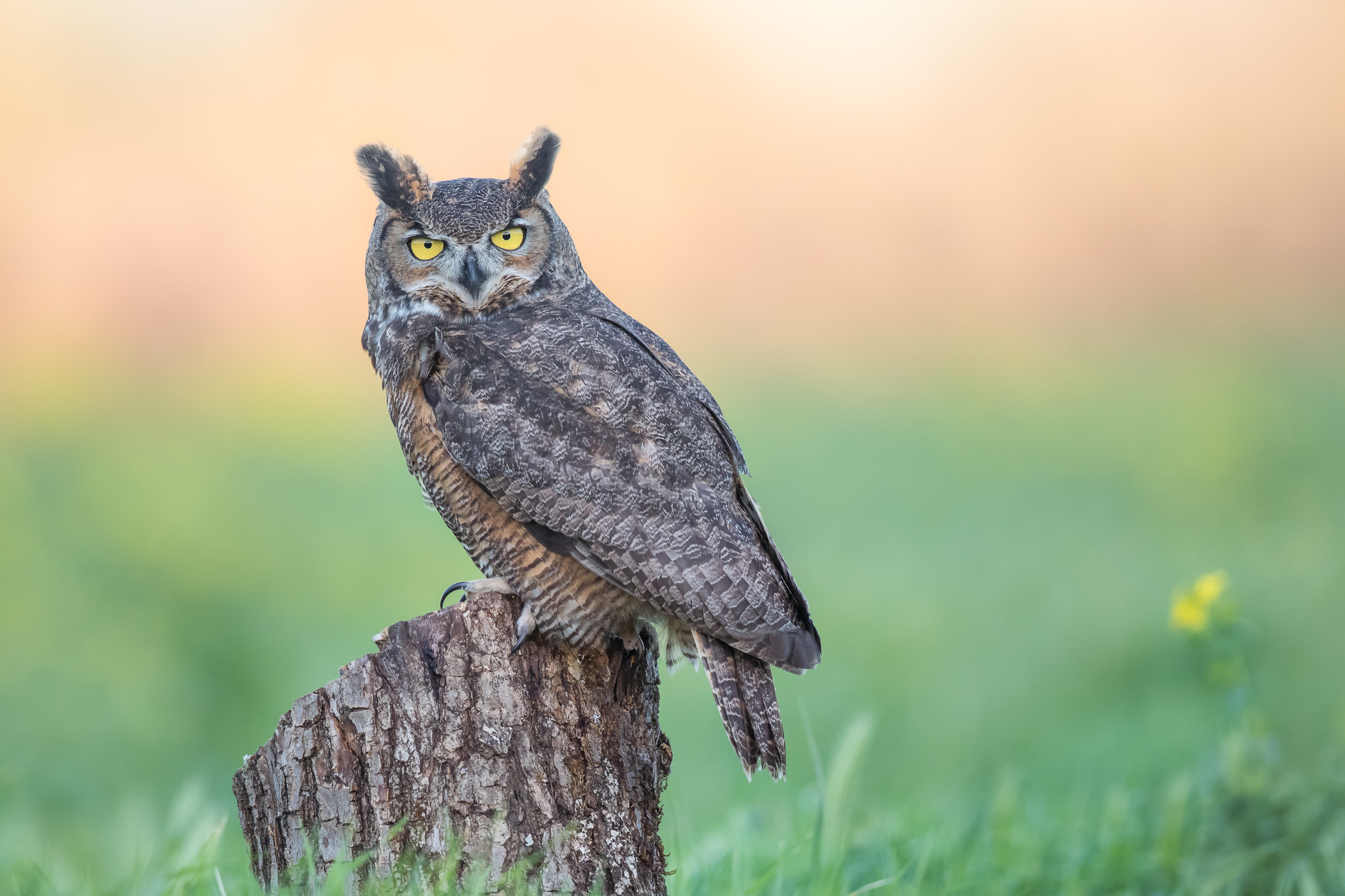 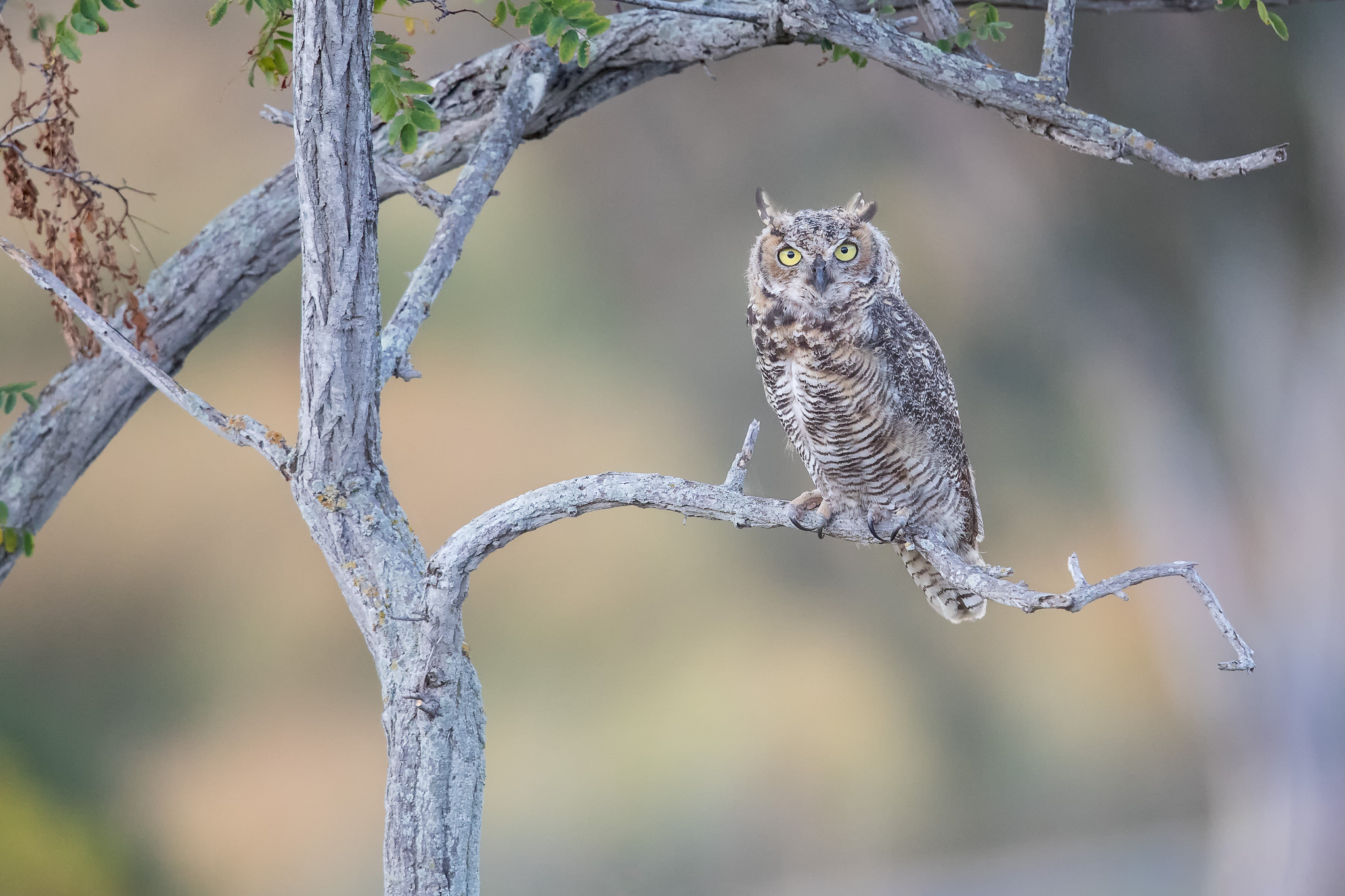 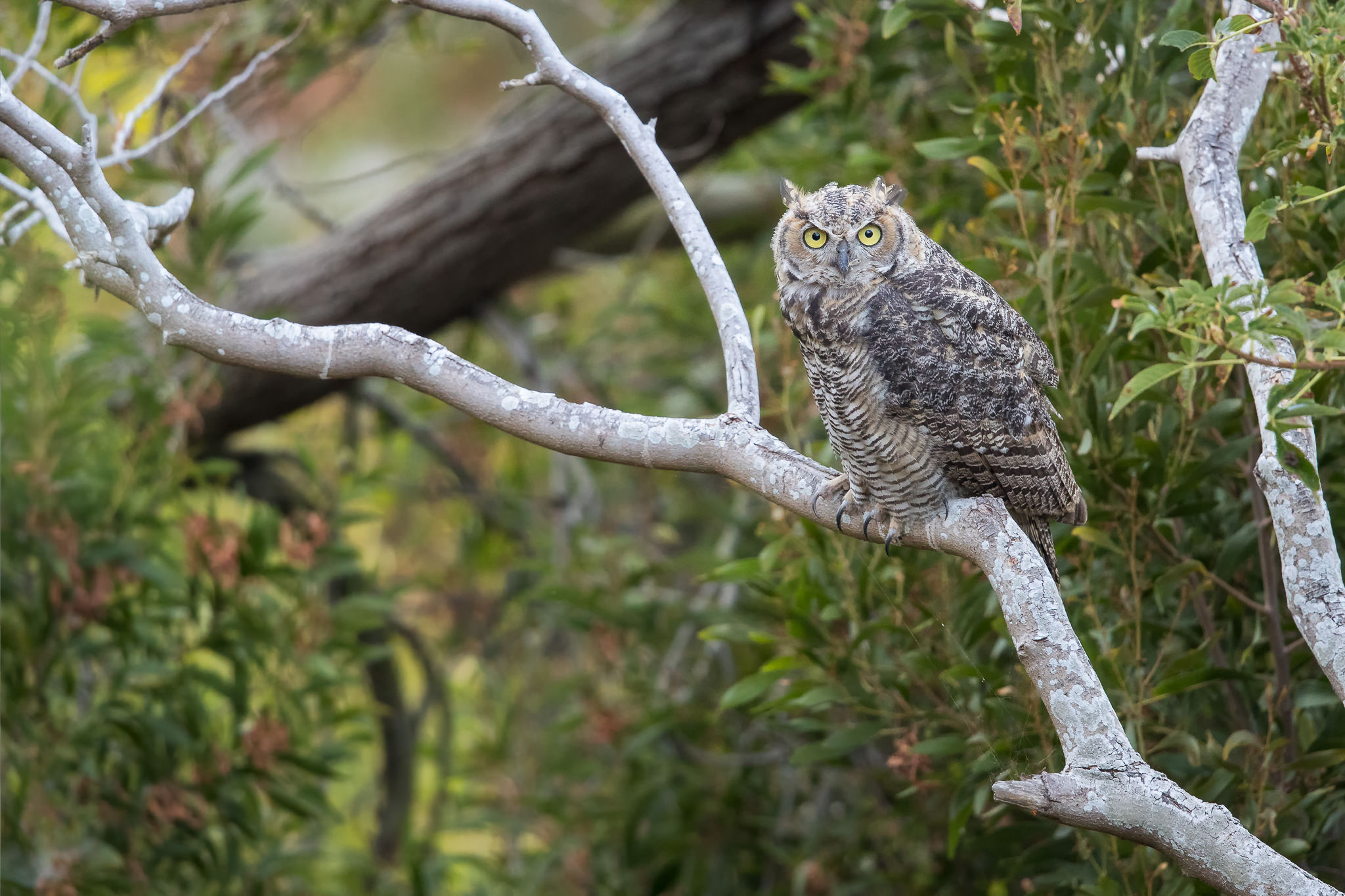 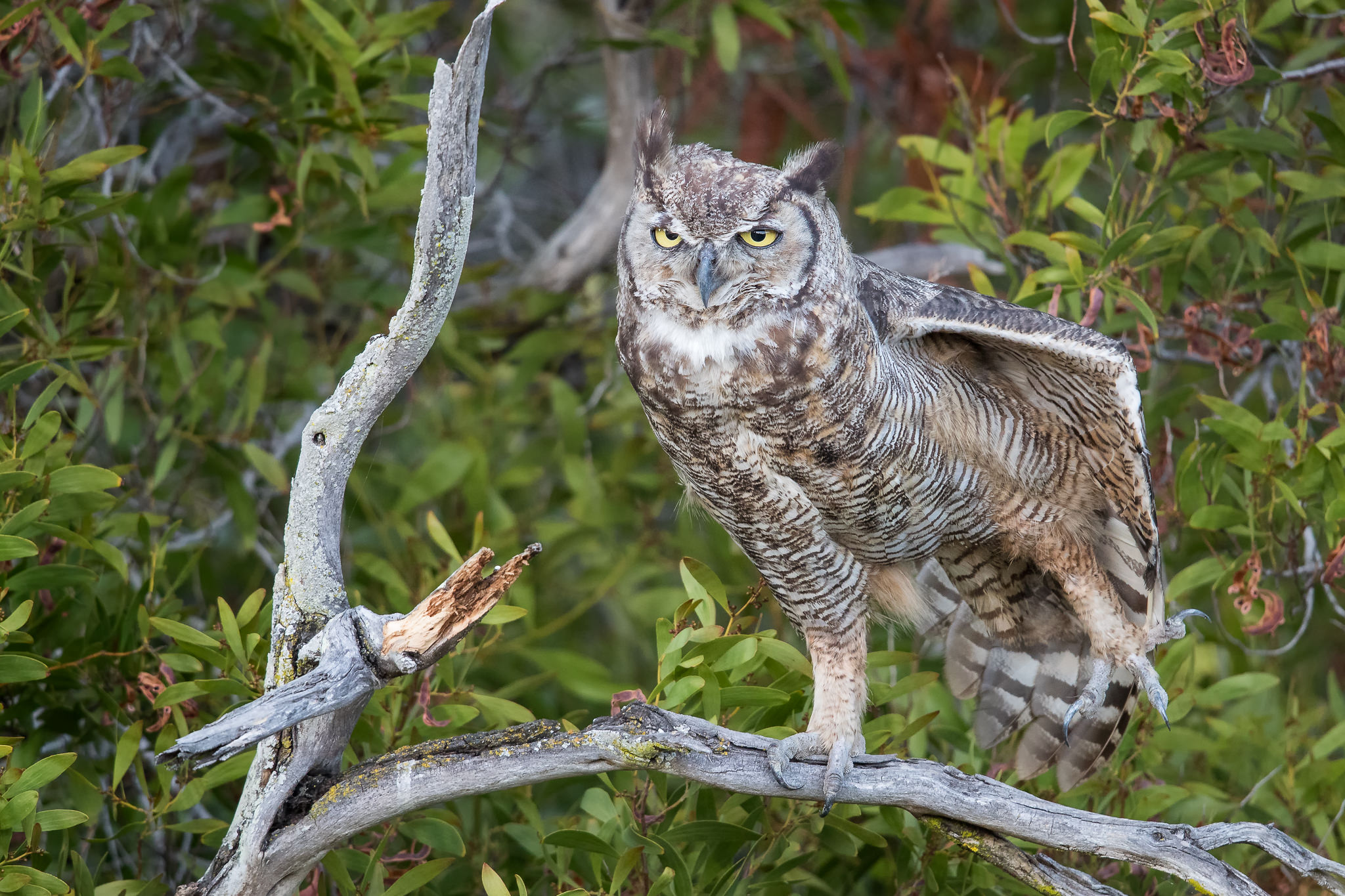 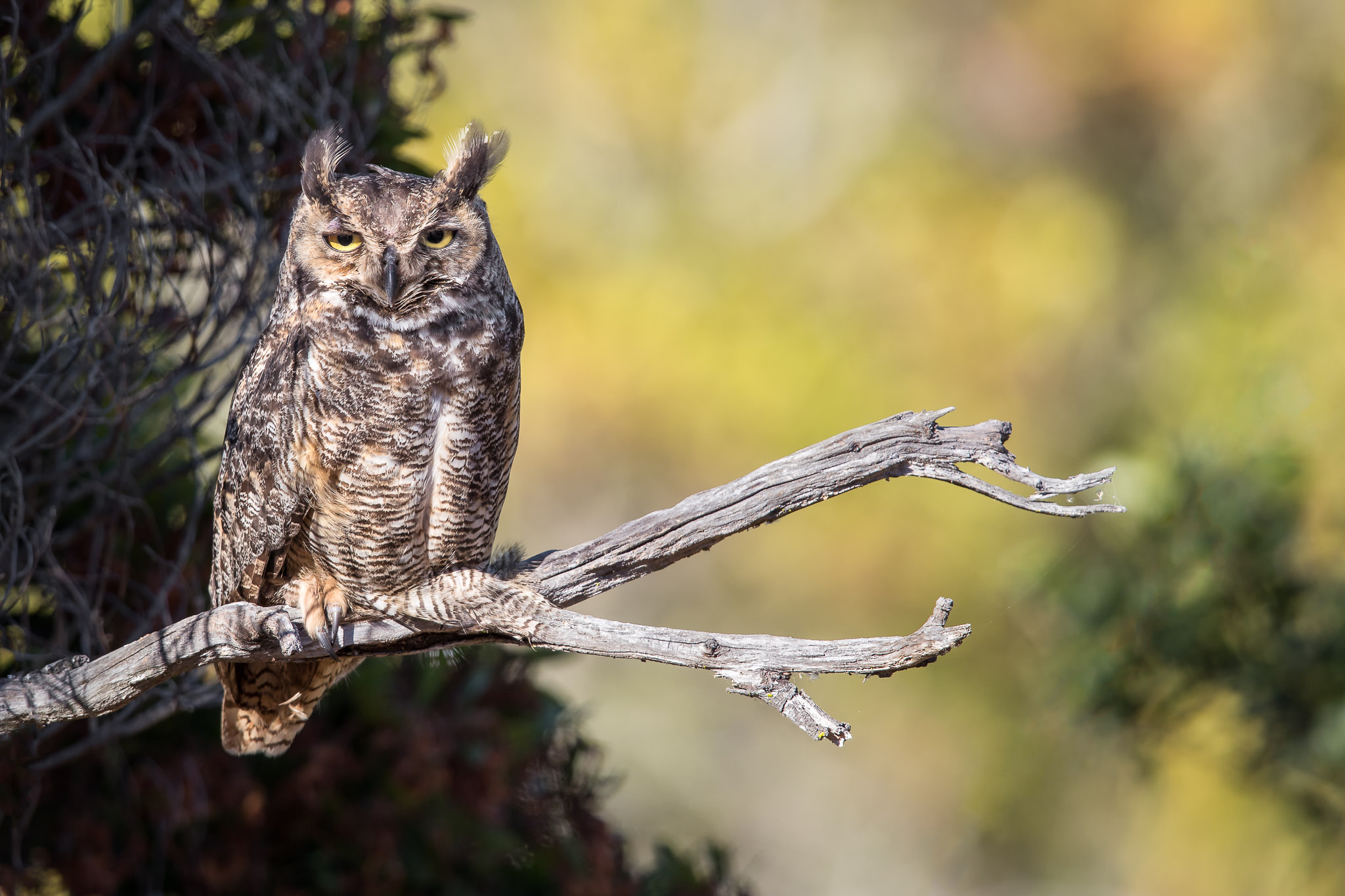 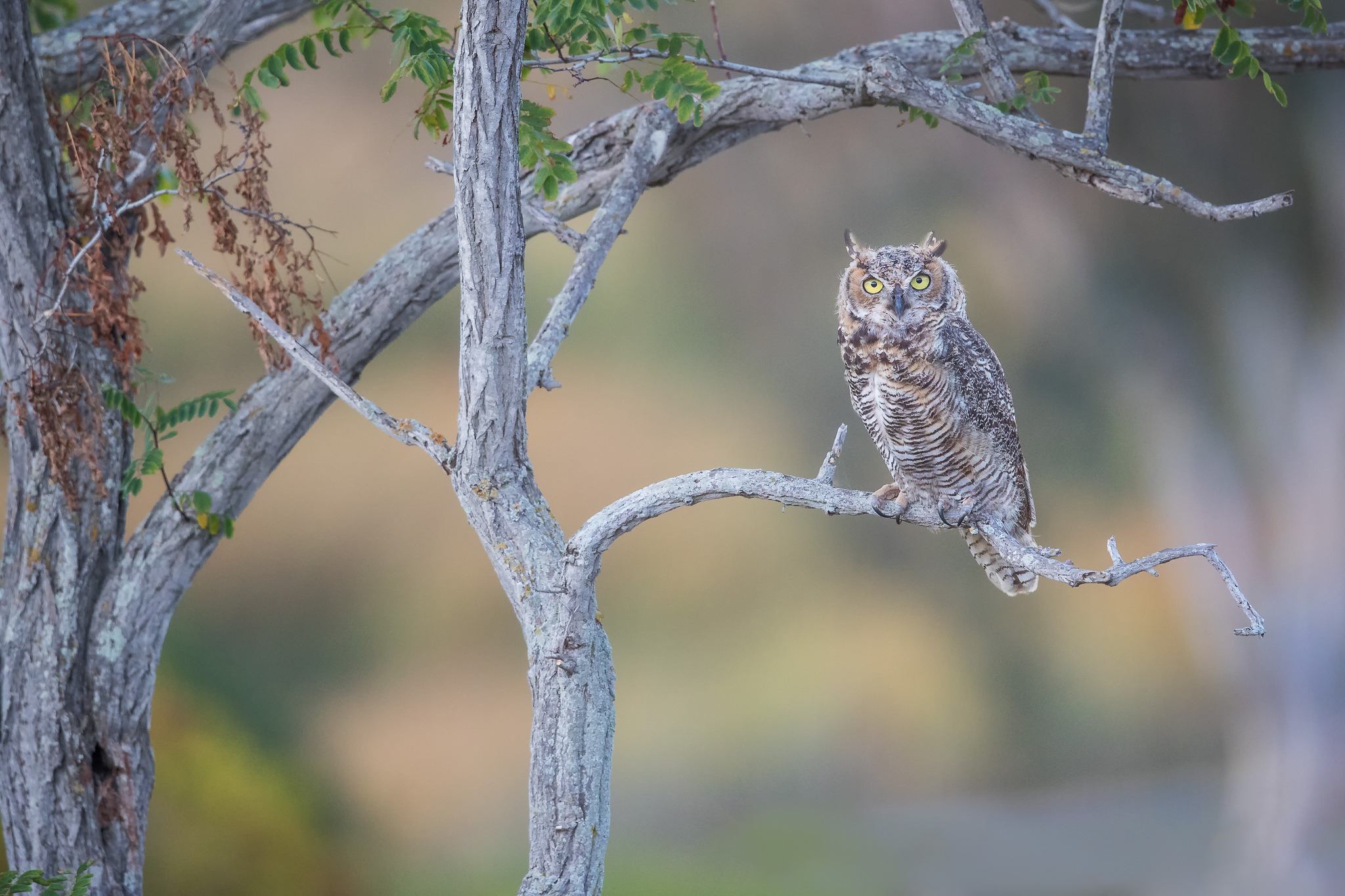 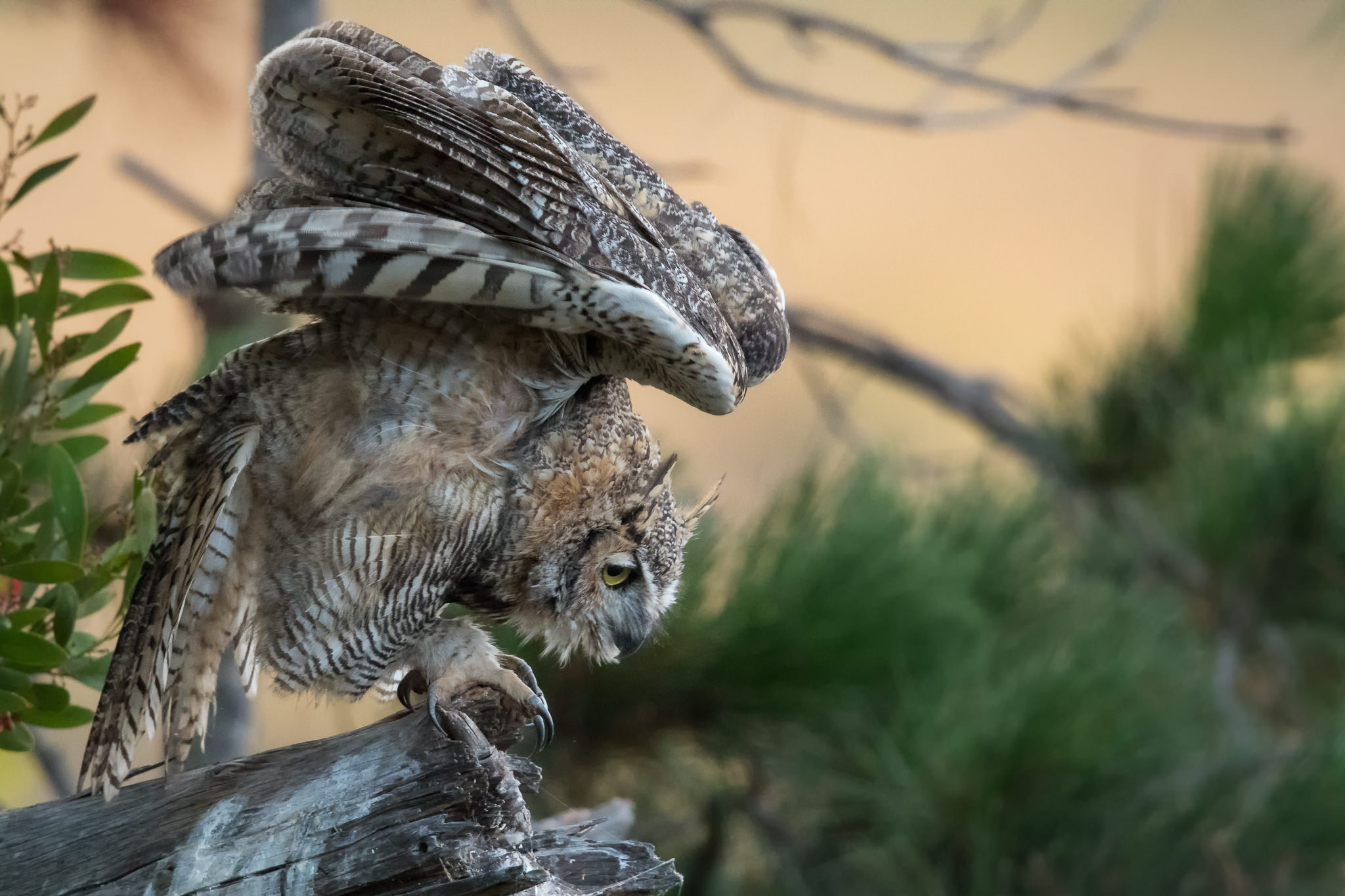 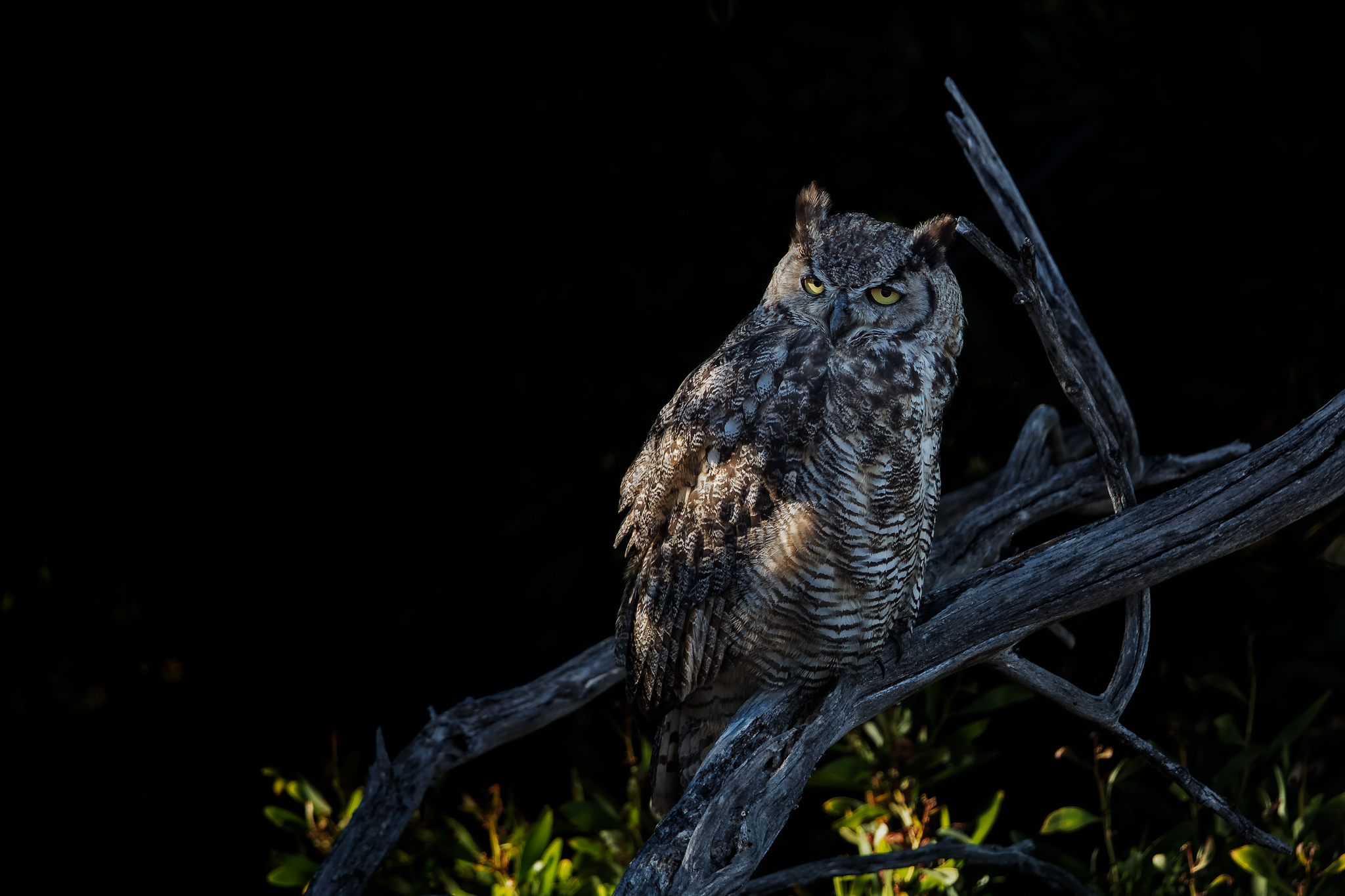 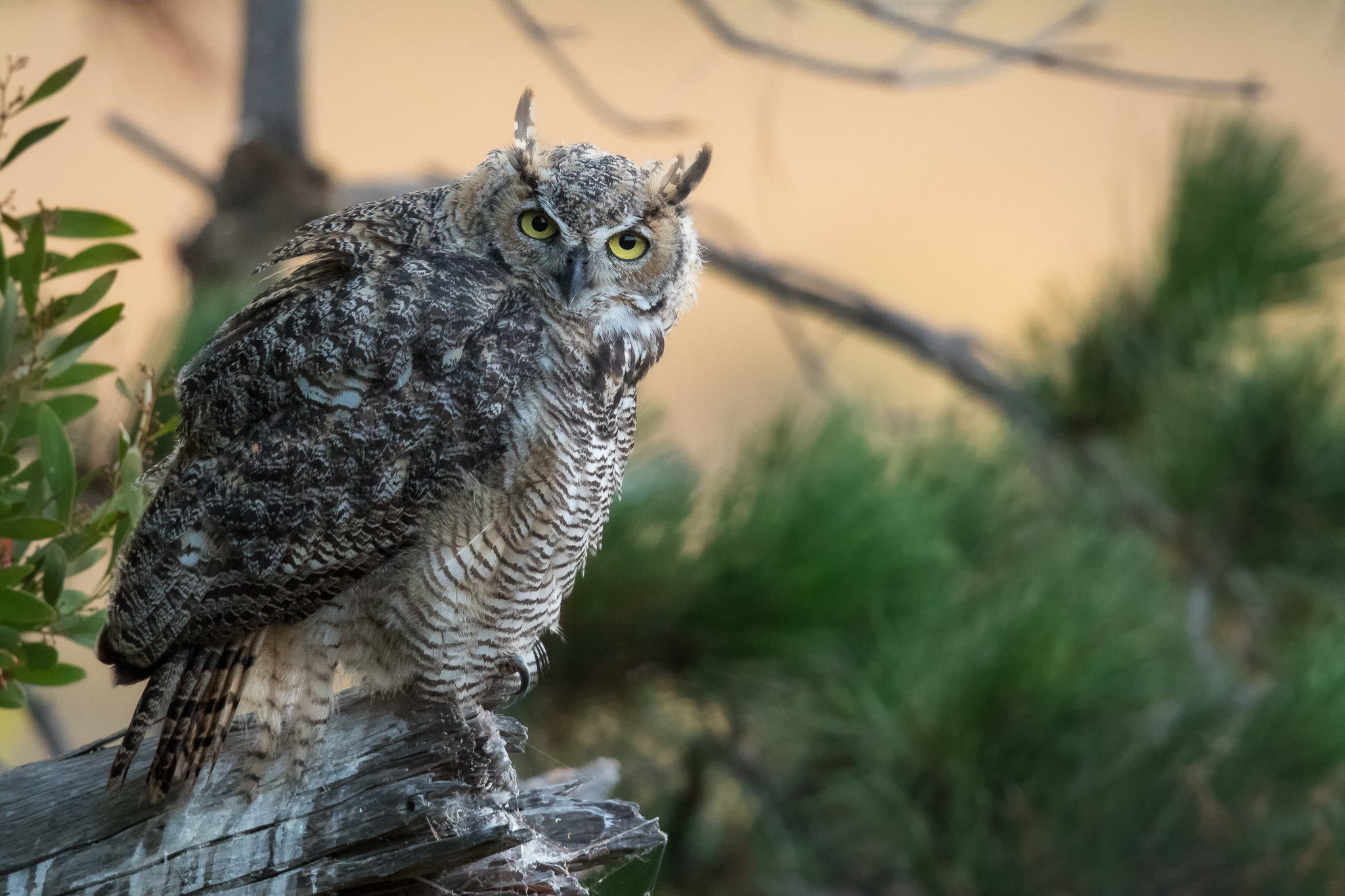 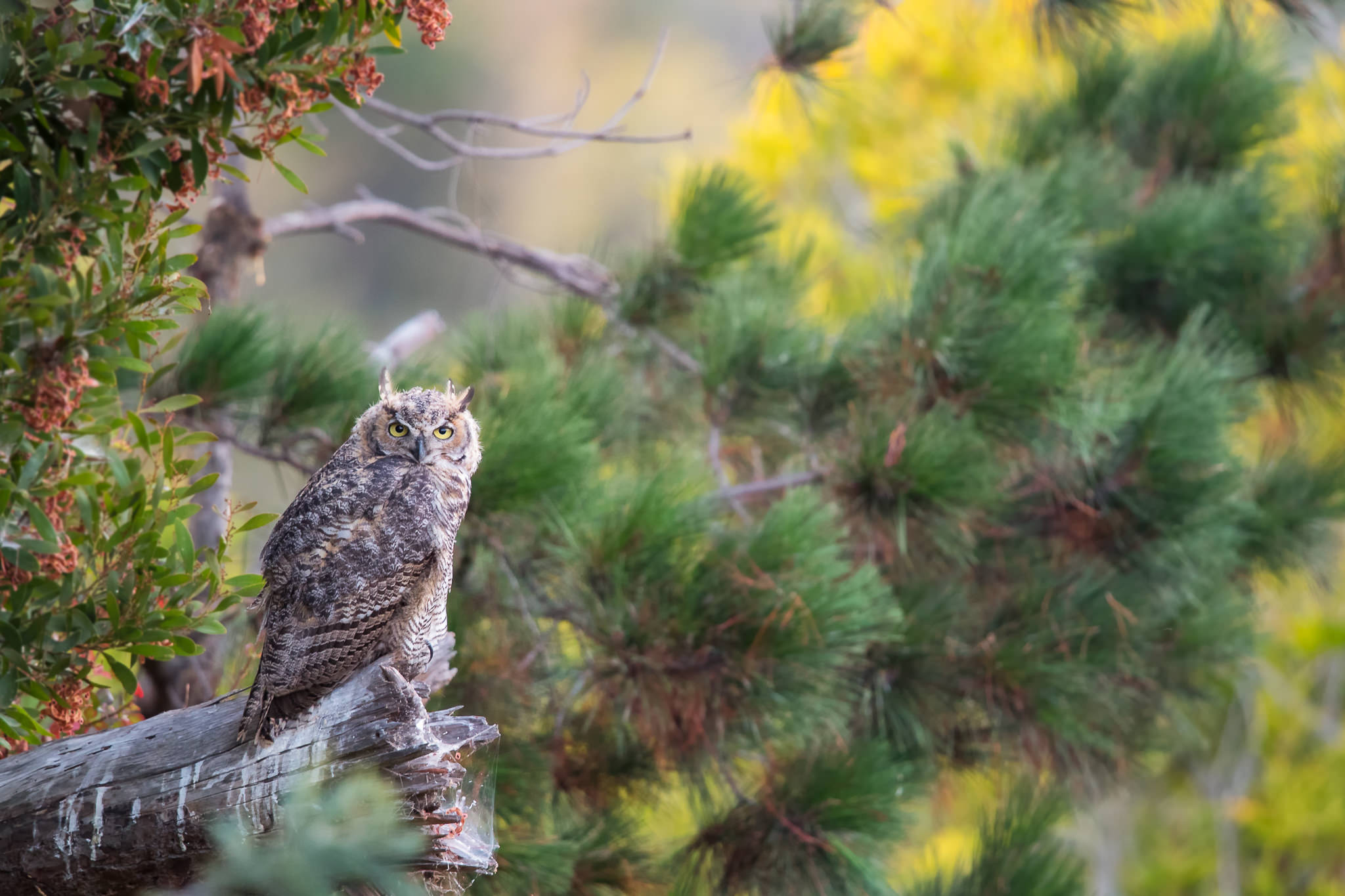 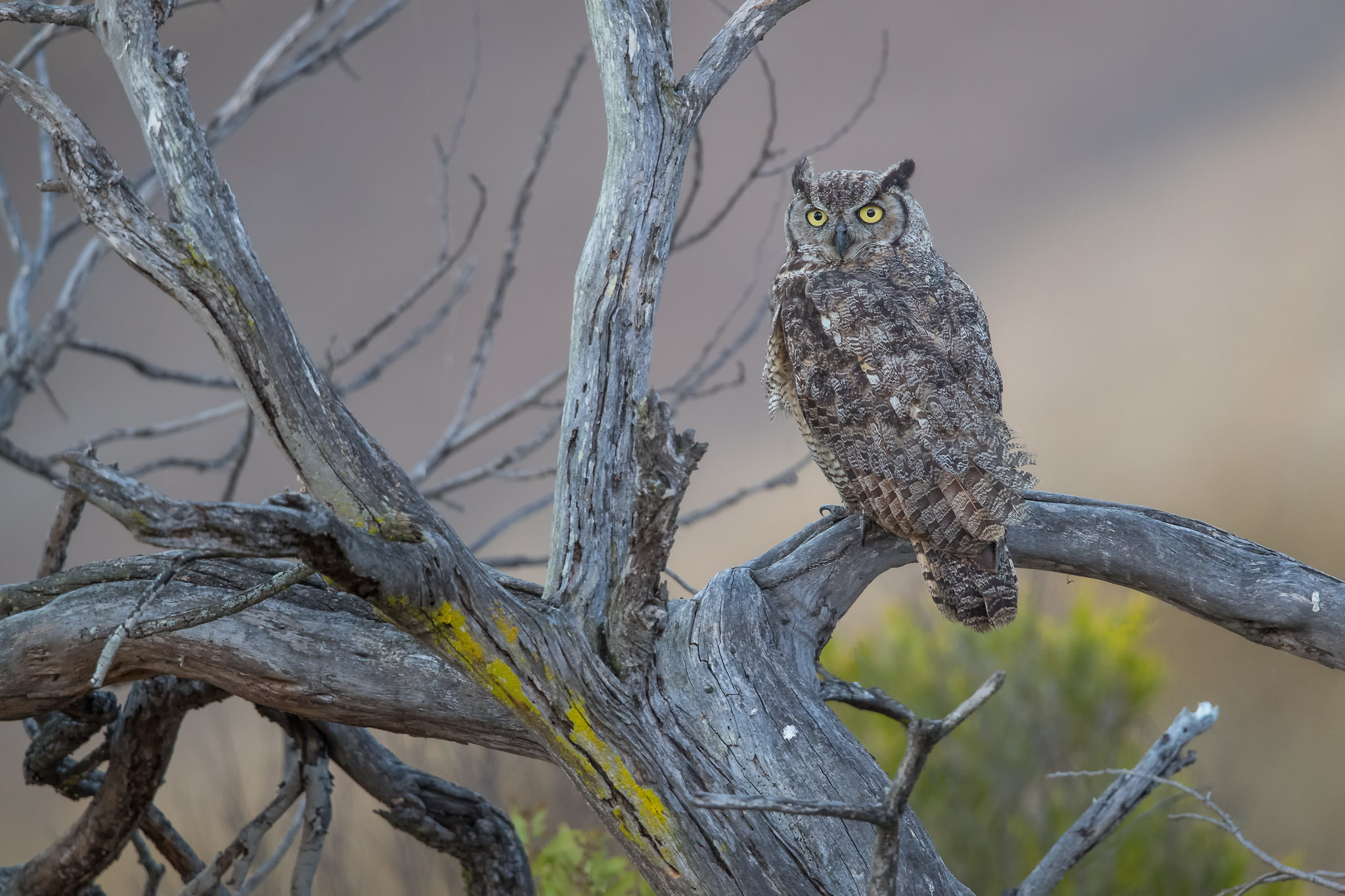