The aplomado falcon (Falco femoralis) is a medium-sized falcon of the Americas. The species’ largest contiguous range is in South America, but not in the deep interior Amazon Basin.

The aplomado falcon is very slender, long-winged, and long-tailed, the size of a small peregrine falcon, at 12–16 in (30–40 cm) long and with an average wingspan of about 36 in (90 cm), but only half the weight, at about 7.3–10.8 oz (208–305 g) in males and 9.6–16 oz (271–460 g) in females. In adult birds, the upperparts are dark blue-grey, as is much of the head, with the usual falcon “moustache” contrasting sharply with the white throat and eyestripe. The upper breast continues the white of the throat; there are black patches on each side of the lower breast that meet in the middle; the belly and thighs, below the black patches, are light cinnamon. The tail is black with narrow white or grey bars and a white tip. The cere, eye-ring, and feet are yellow or yellow-orange.

Except that females are bigger than males, the sexes are similar. Juvenile birds are very similar to adults, but their upperparts and belly band are blackish brown, the chest is streaked with black, the white on the head and breast is buffy, and the cinnamon on the underparts is paler, as are the feet.

This species may be confused with the bat falcon and the orange-breasted falcon, which have similar white-black-rust patterns below, but those species are built more like peregrine falcons and have solidly blackish heads and darker rufous bellies. These two species are generally considered to belong to the same lineage as the aplomado falcon. Two other Falco species of the Americas, merlin and American kestrel, seem to be closer to the Aplomado group than most other falcons, but the relationships of all these lineages are fairly enigmatic.

The aplomado falcon’s habitat is dry grasslands, savannahs, and marshes. It ranges from northern Mexico and Trinidad locally to southern South America, but has been extirpated from many places in its range, including all of northern and central Mexico except for a small area of Chihuahua. Globally, however, it is so widespread that it is assessed as Species of Least Concern by the IUCN.

It feeds on large invertebrates and small vertebrates, with small birds making up the overwhelming bulk of its prey. Mixed-species feeding flocks in open cerrado and grassland will go on frenzied alert upon spotting this species; small birds fear it more than most other predators. It is often seen soaring at twilight hunting insects and eating them on the wing. It also hunts at fields being burned, at which many birds of this species may gather; cooperation between individual aplomado falcons – usually members of a pair – has also been recorded. In Brazil, aplomado falcons have been observed following maned wolves and chasing birds that the wolves flush. 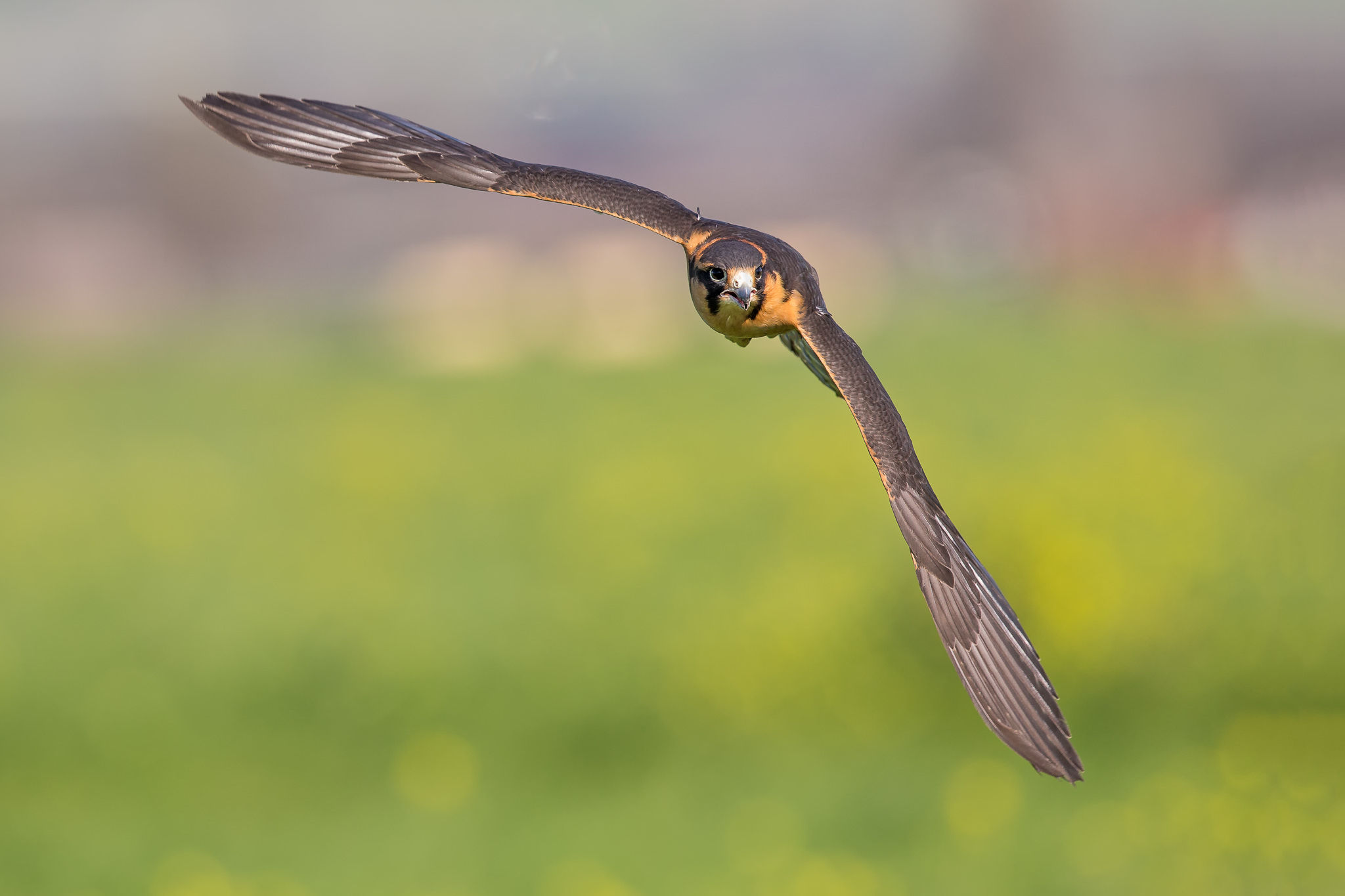 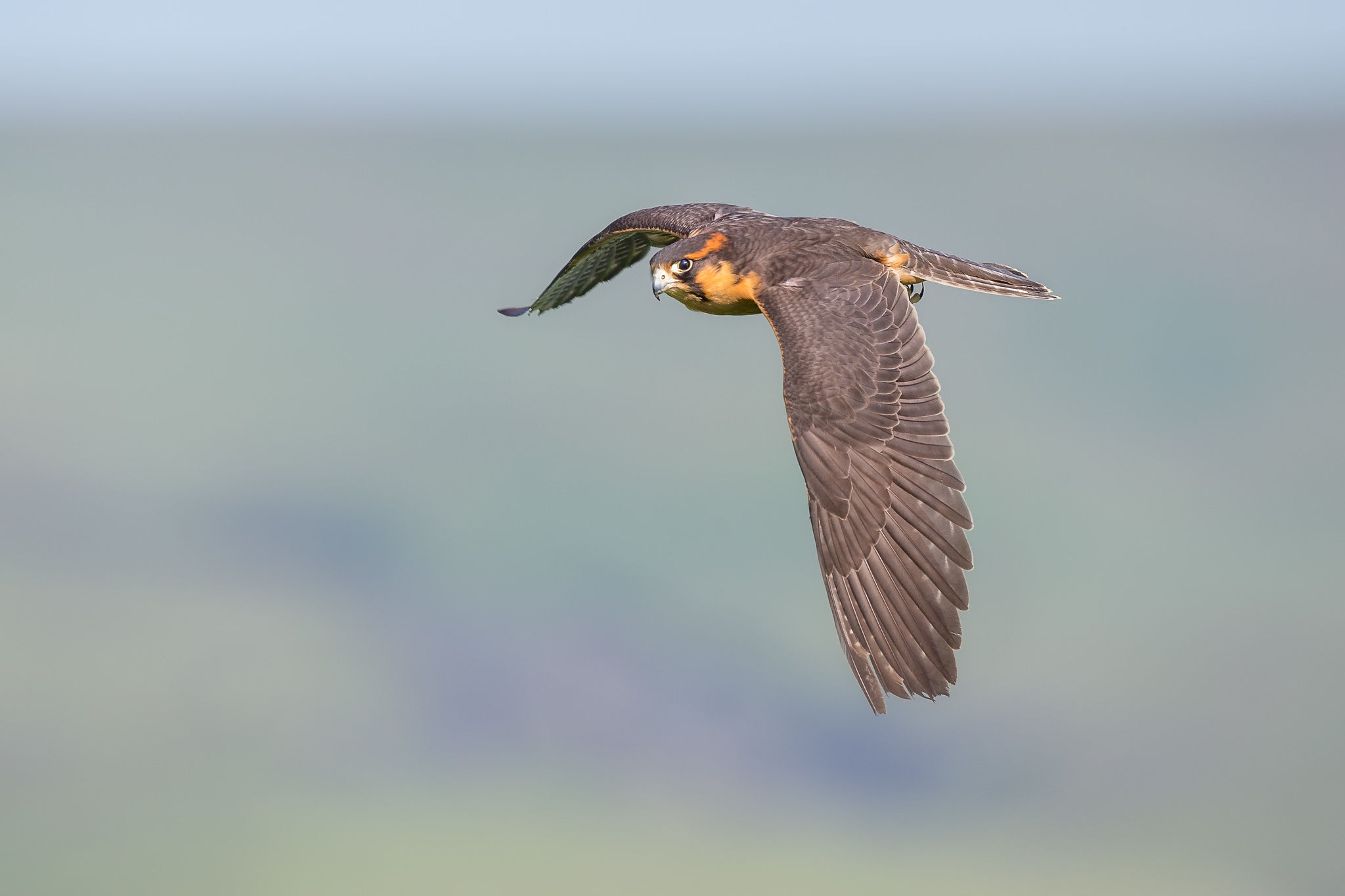 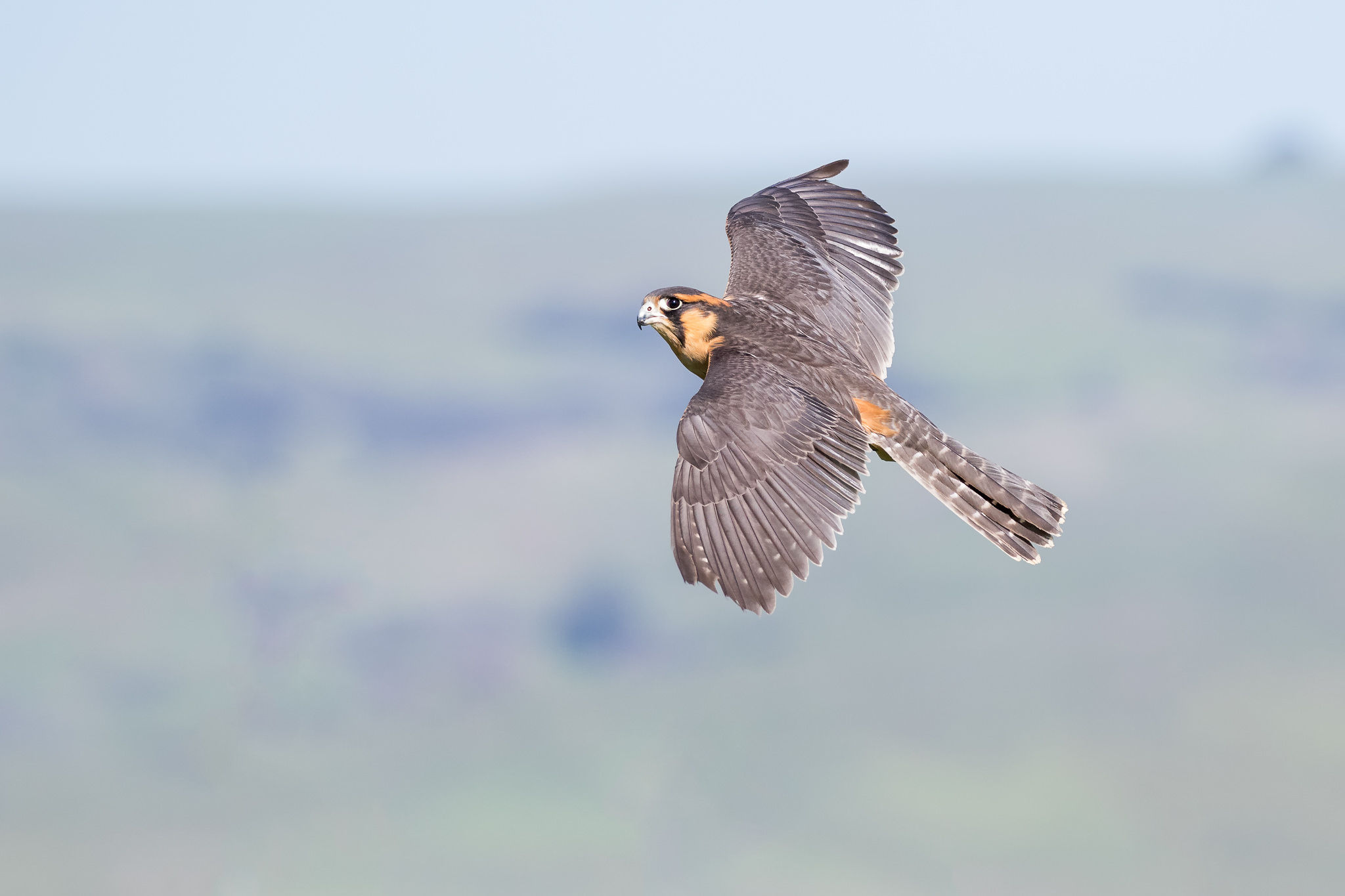 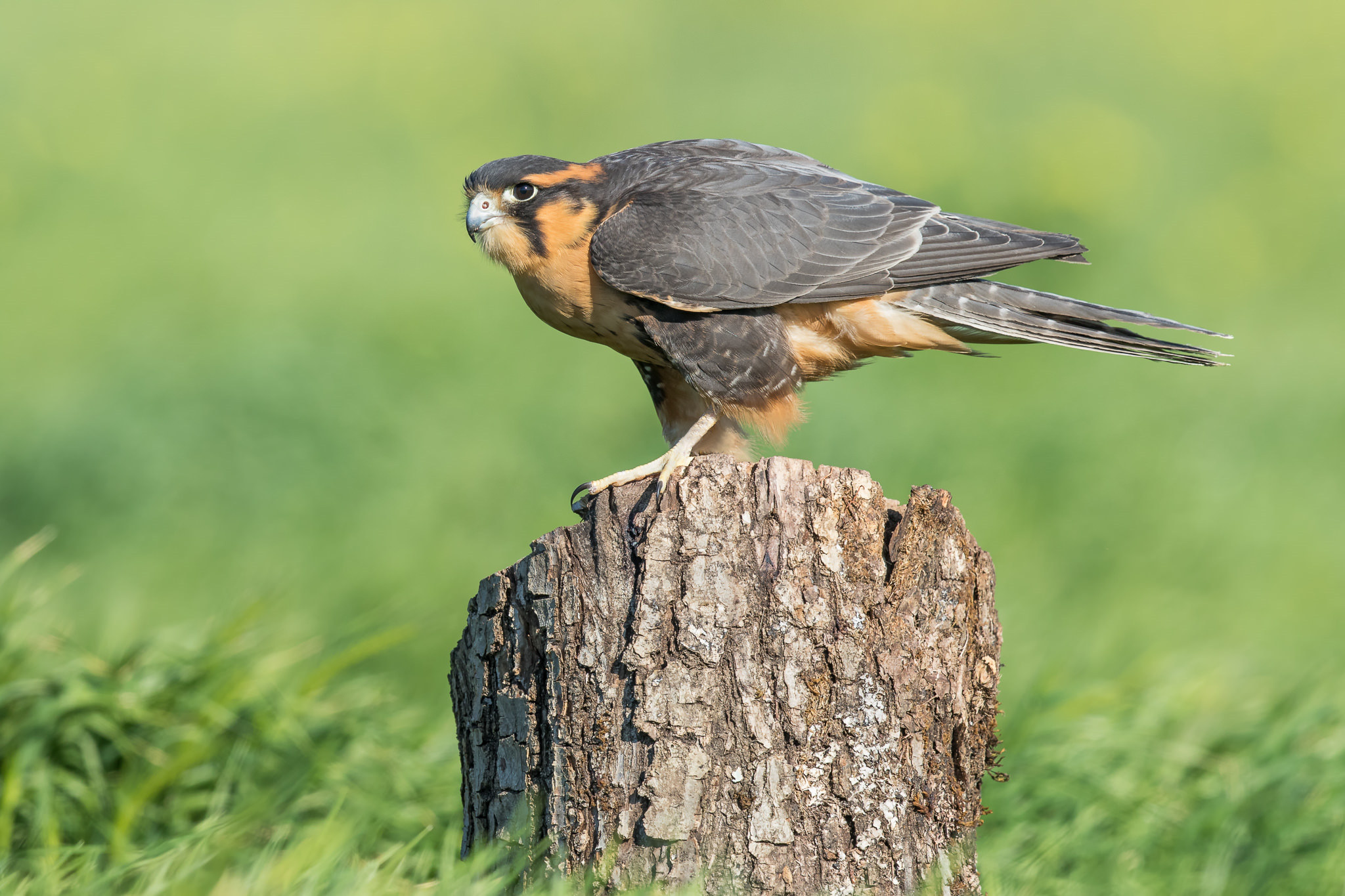 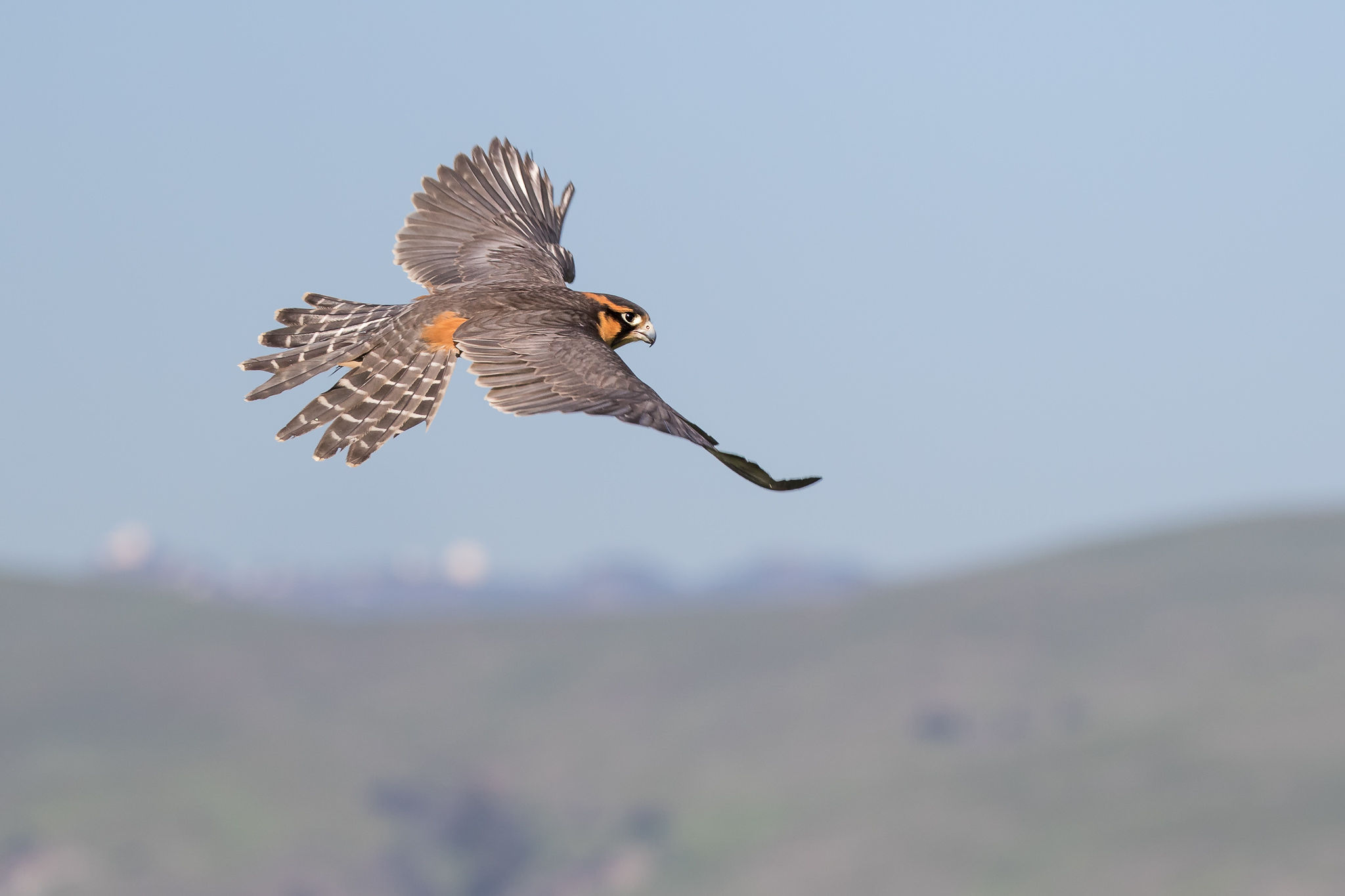 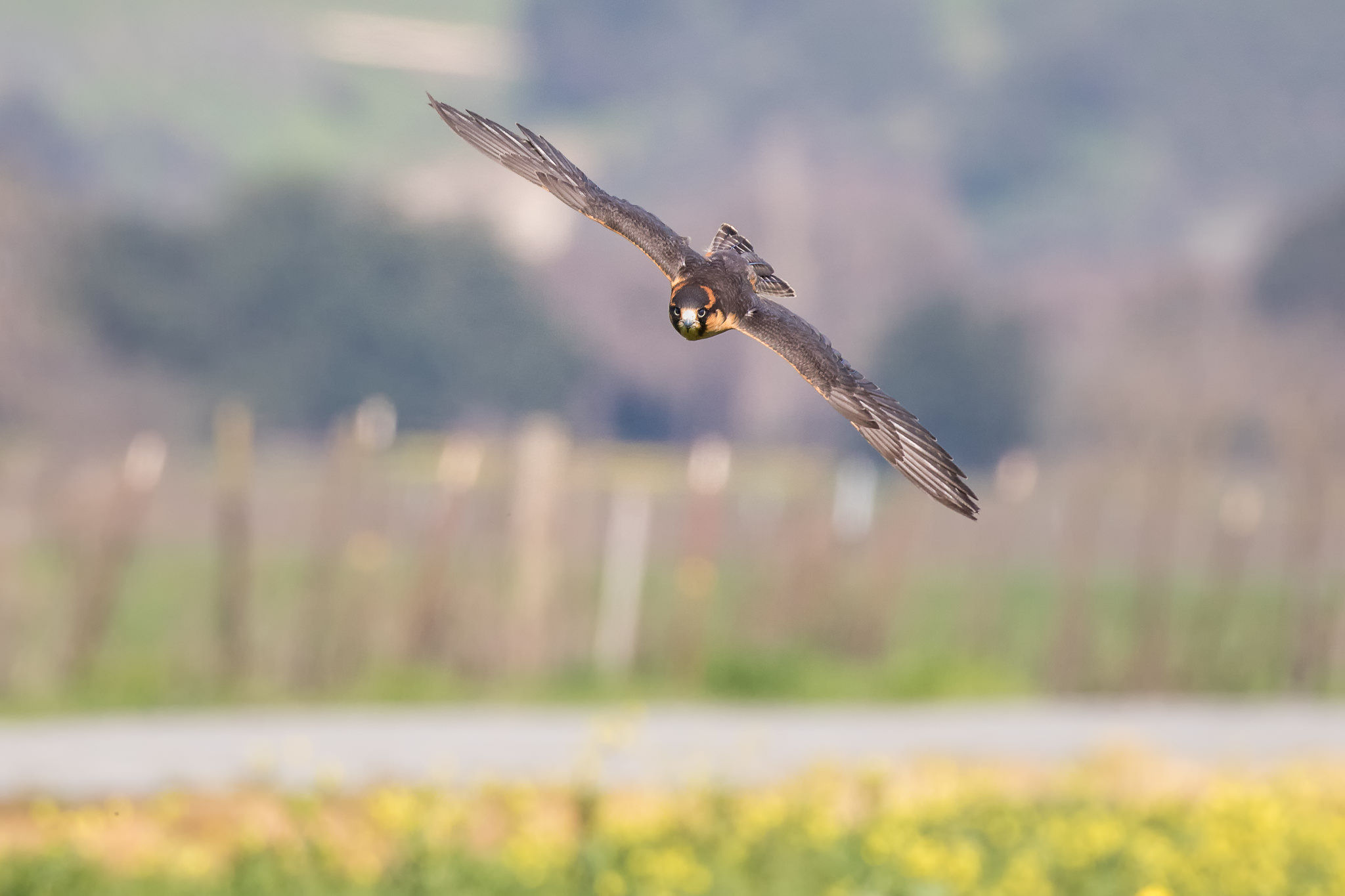 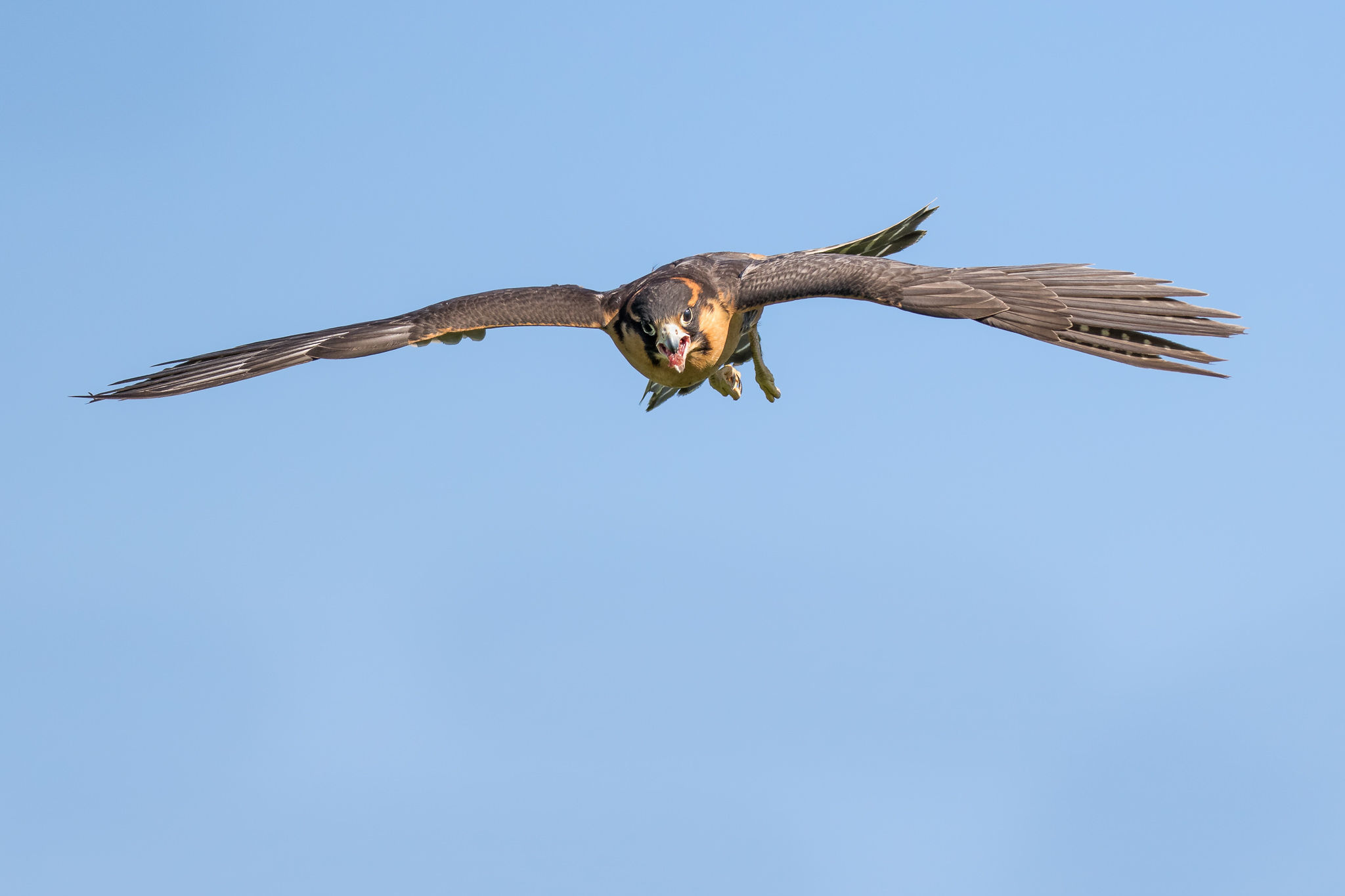 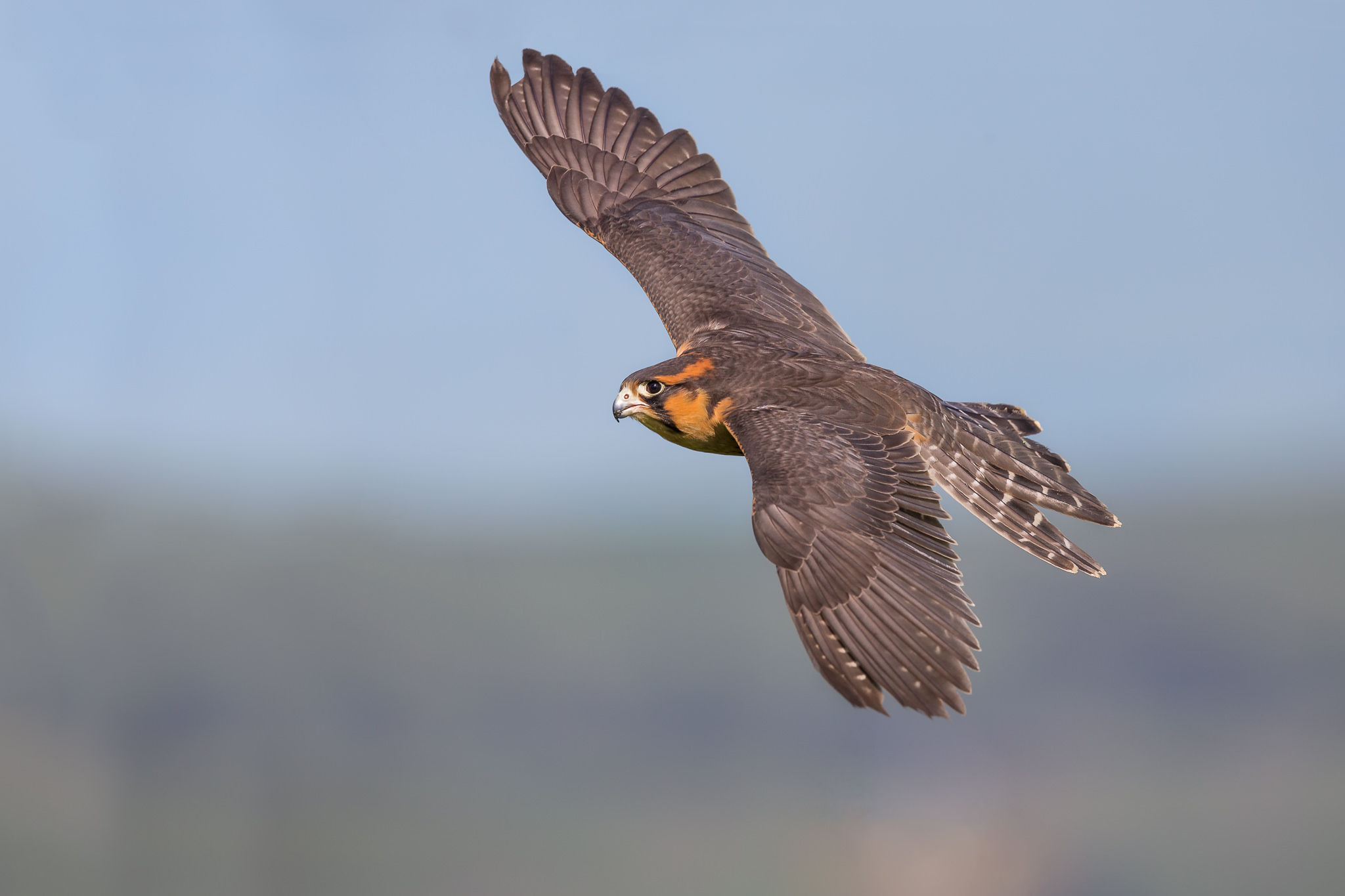 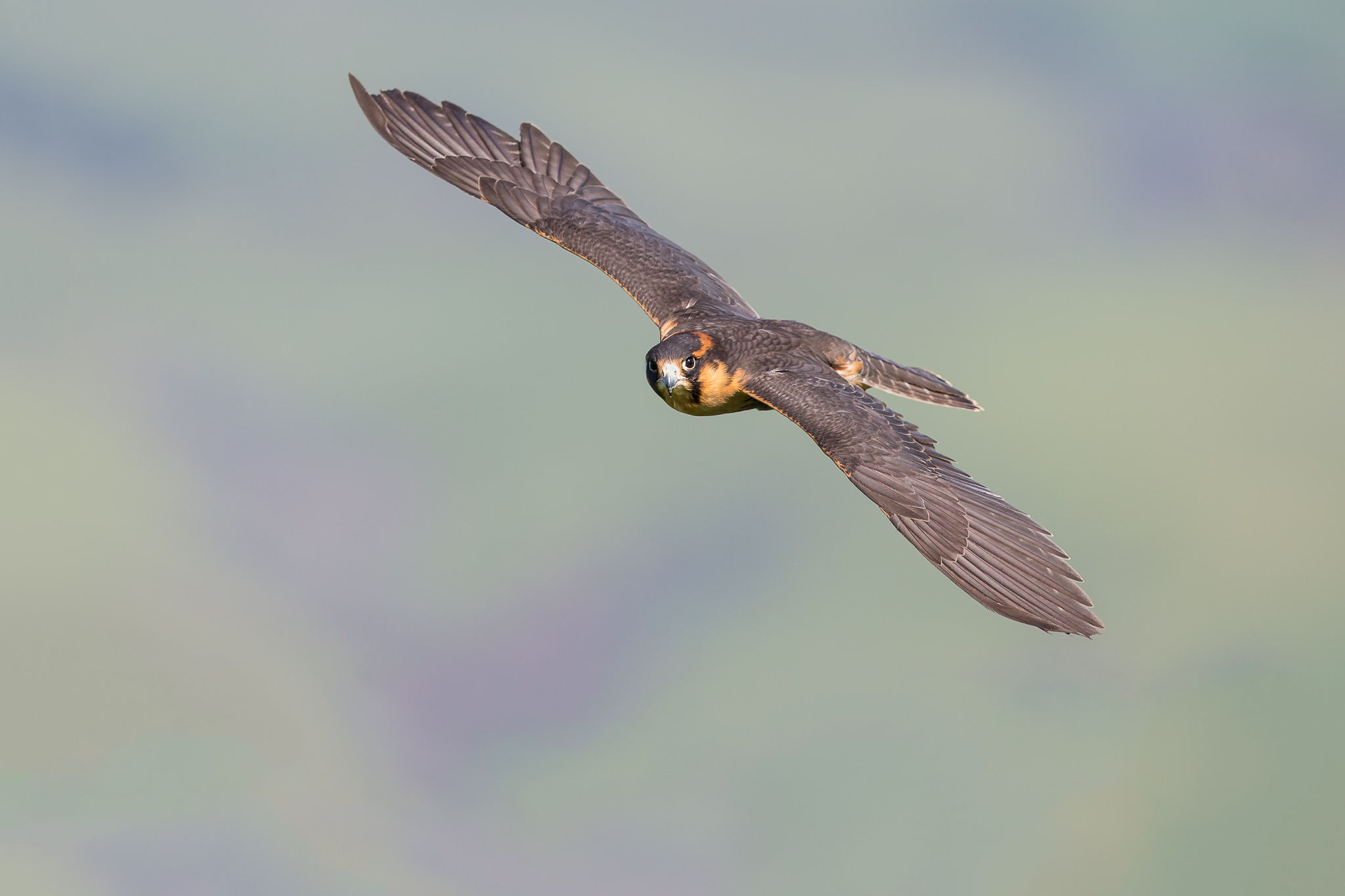