The Harris’s hawk (Parabuteo unicinctus) formerly known as the bay-winged hawk or dusky hawk, is a medium-large bird of prey that breeds from the southwestern United States south to Chile and central Argentina. Birds are sometimes reported at large in Western Europe, especially Britain, but it is a popular species in falconry and these records almost certainly all refer to escapes from captivity.

The name is derived from the Greek para, meaning beside, near or like, and the Latin buteo, referring to a kind of buzzard; uni meaning once; and cinctus meaning girdled, referring to the white band at the tip of the tail. John James Audubon gave this bird its English name in honor of his ornithological companion, financial supporter, and friend Edward Harris.

The Harris’ hawk is notable for its behavior of hunting cooperatively in packs consisting of tolerant groups, while other raptors often hunt alone. It is the Harris’s hawk’s intelligence which leads to a social nature which results in easier training and has led to the Harris’ hawk to become a popular bird for use in falconry. 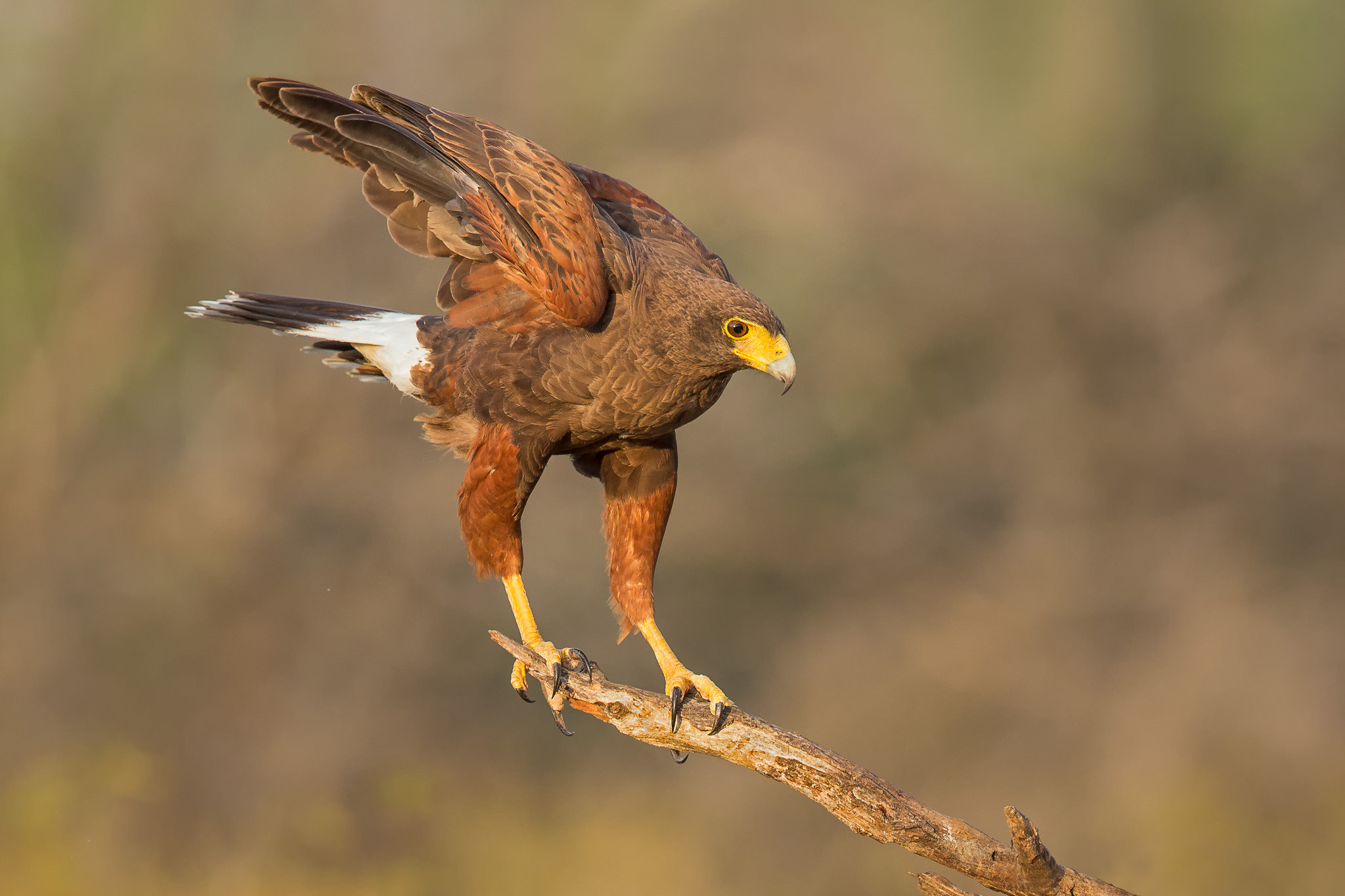 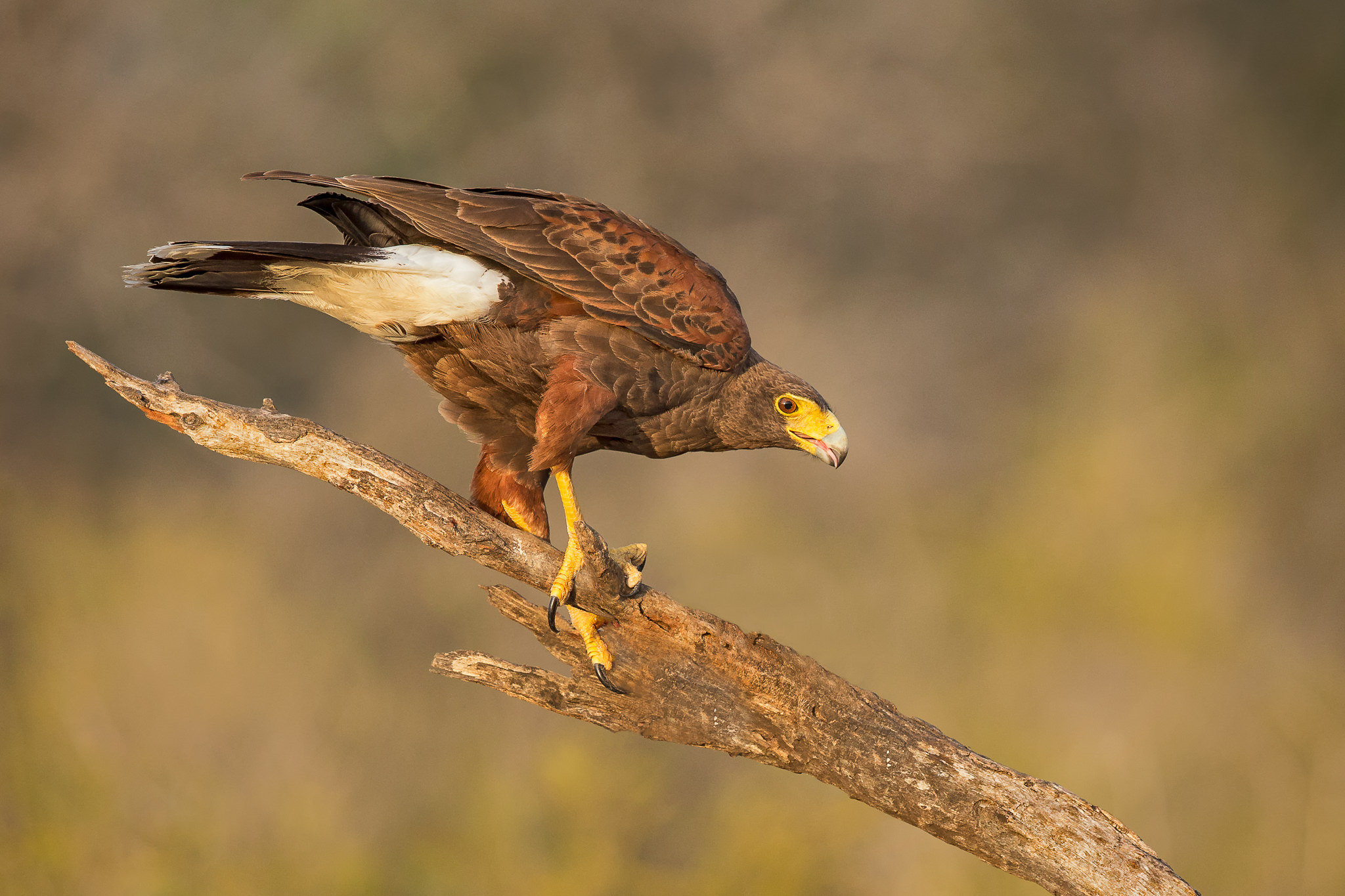 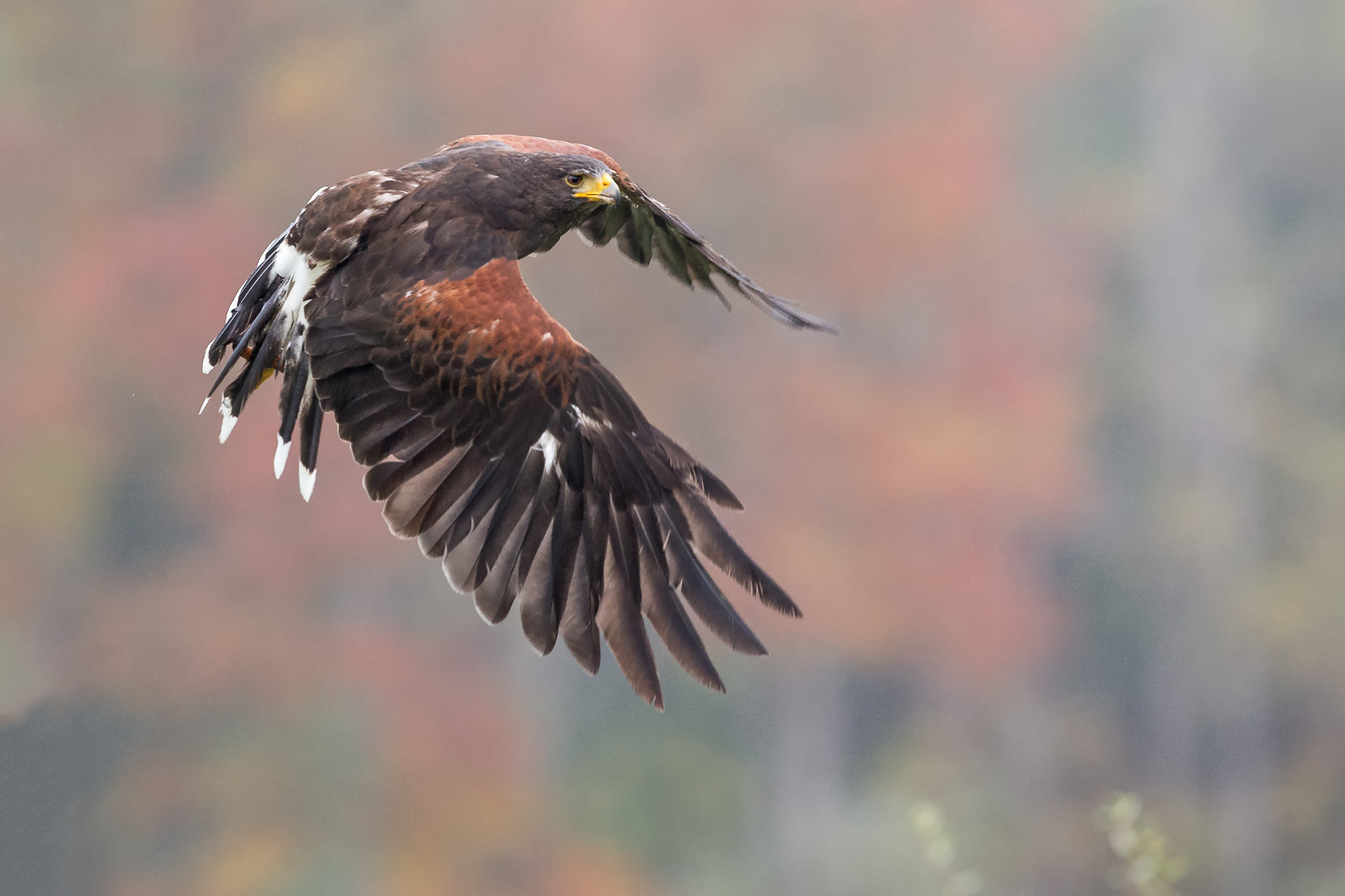 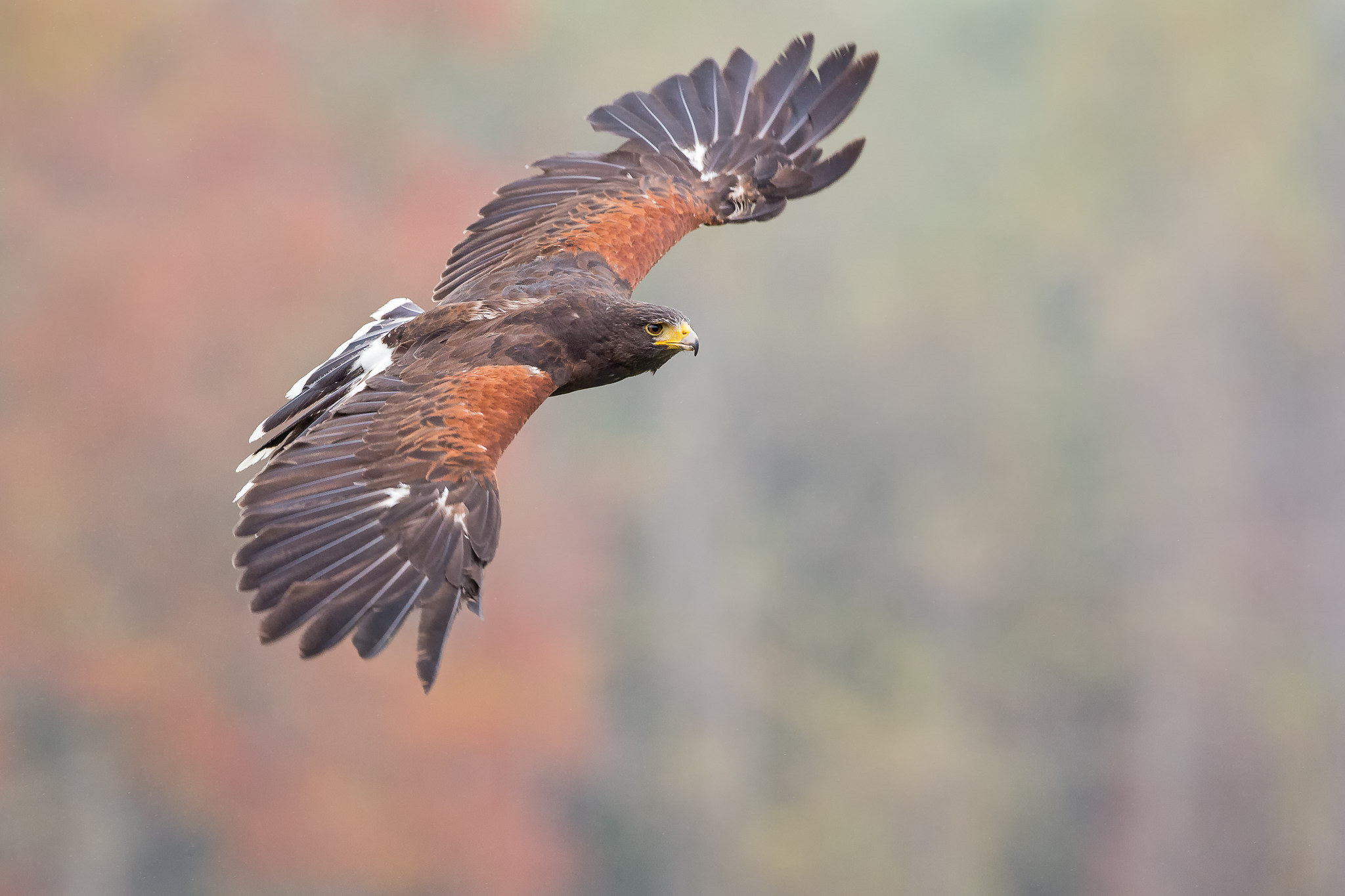 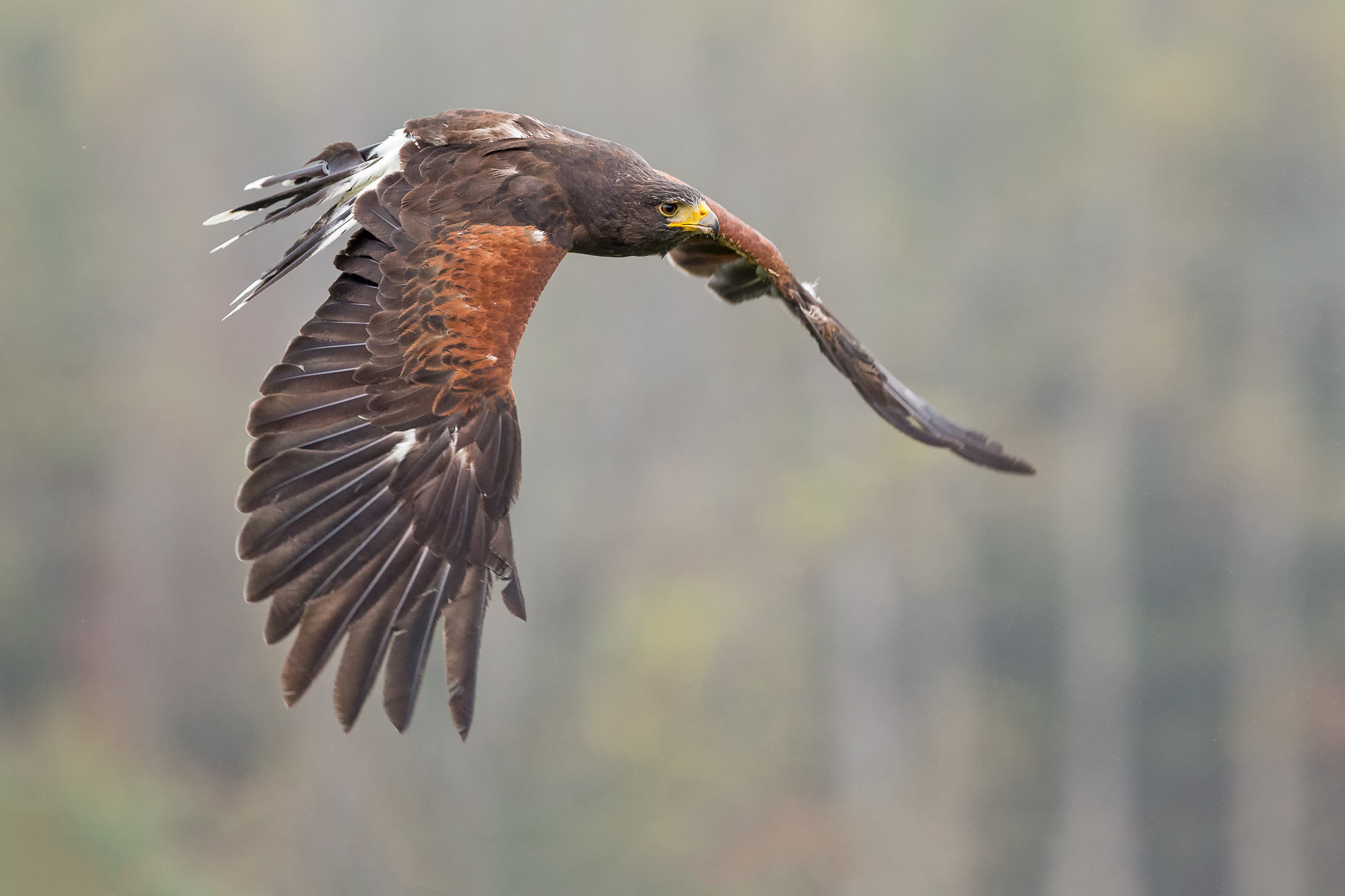 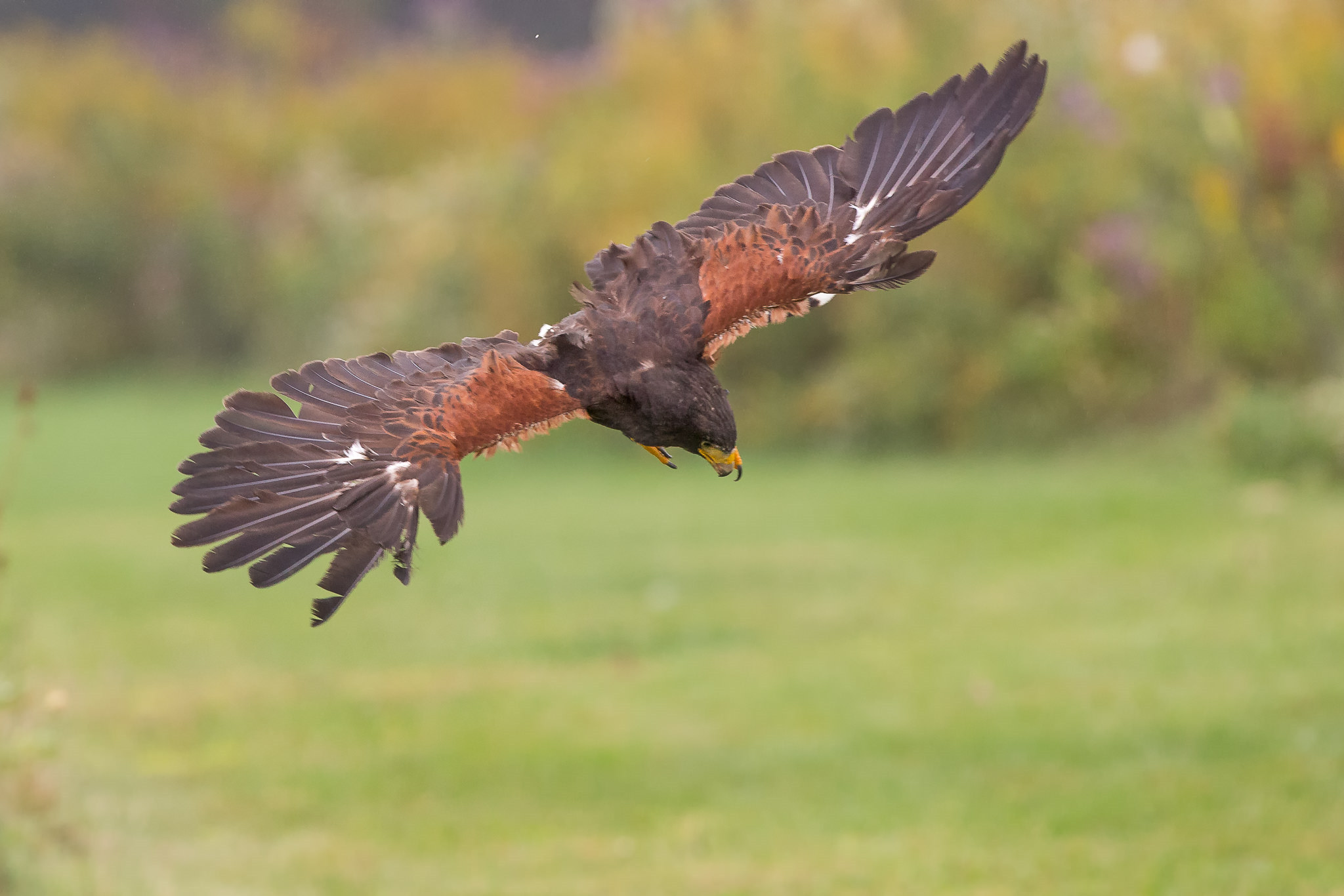