The resplendent quetzal /ketSAHL/ (Pharomachrus mocinno) is a bird in the trogon family. It is found from Chiapas, Mexico to western Panama (unlike the other quetzals of the genus Pharomachrus, which are found in South America and eastern Panama). It is well known for its colorful plumage. There are two subspecies, P. m. mocinno and P. m. costaricensis.

This quetzal plays an important role in Mesoamerican mythologies. The resplendent quetzal is Guatemala’s national bird, and an image of it is on the flag and coat of arms of Guatemala. It is also the name of the local currency (abbreviation GTQ). 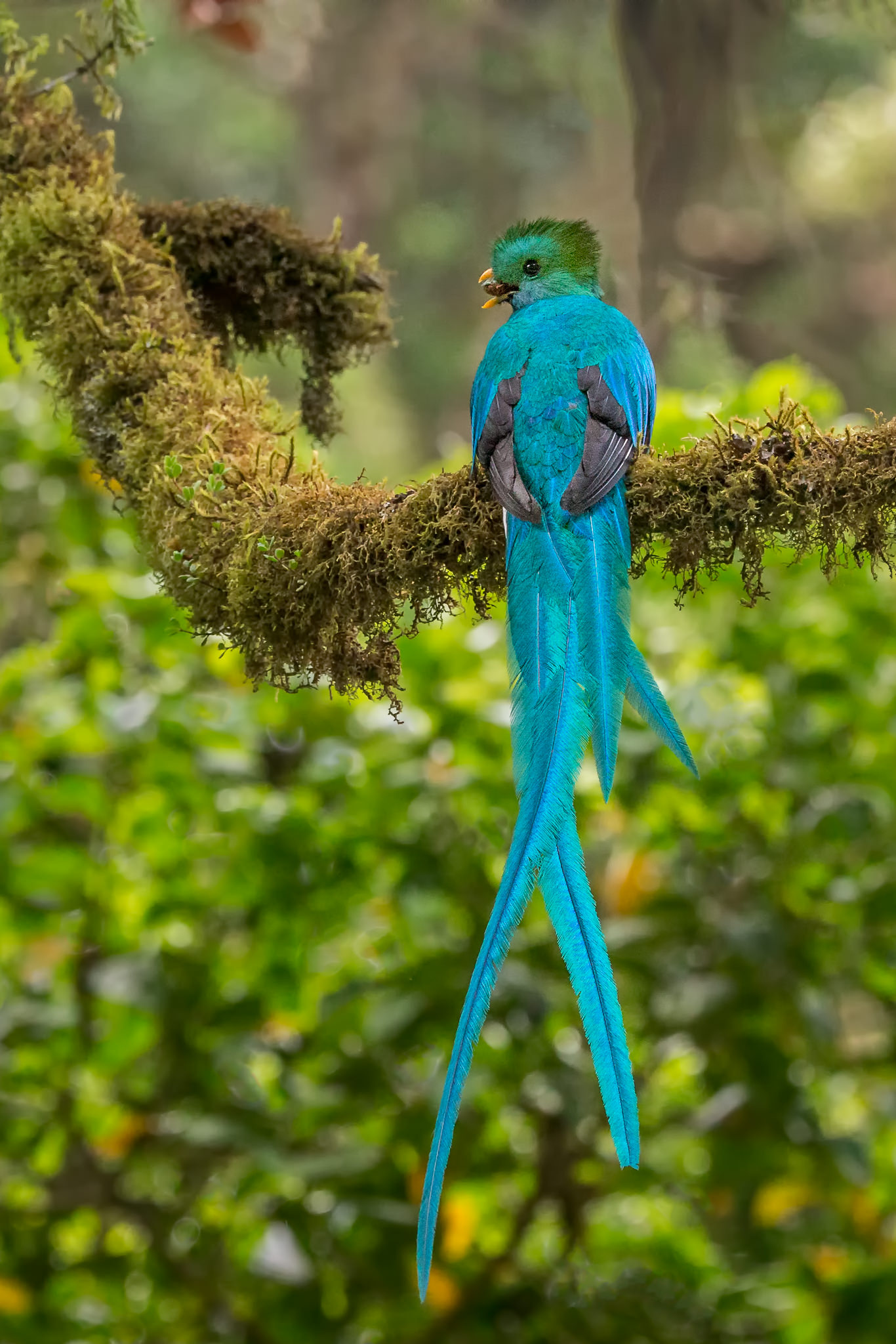 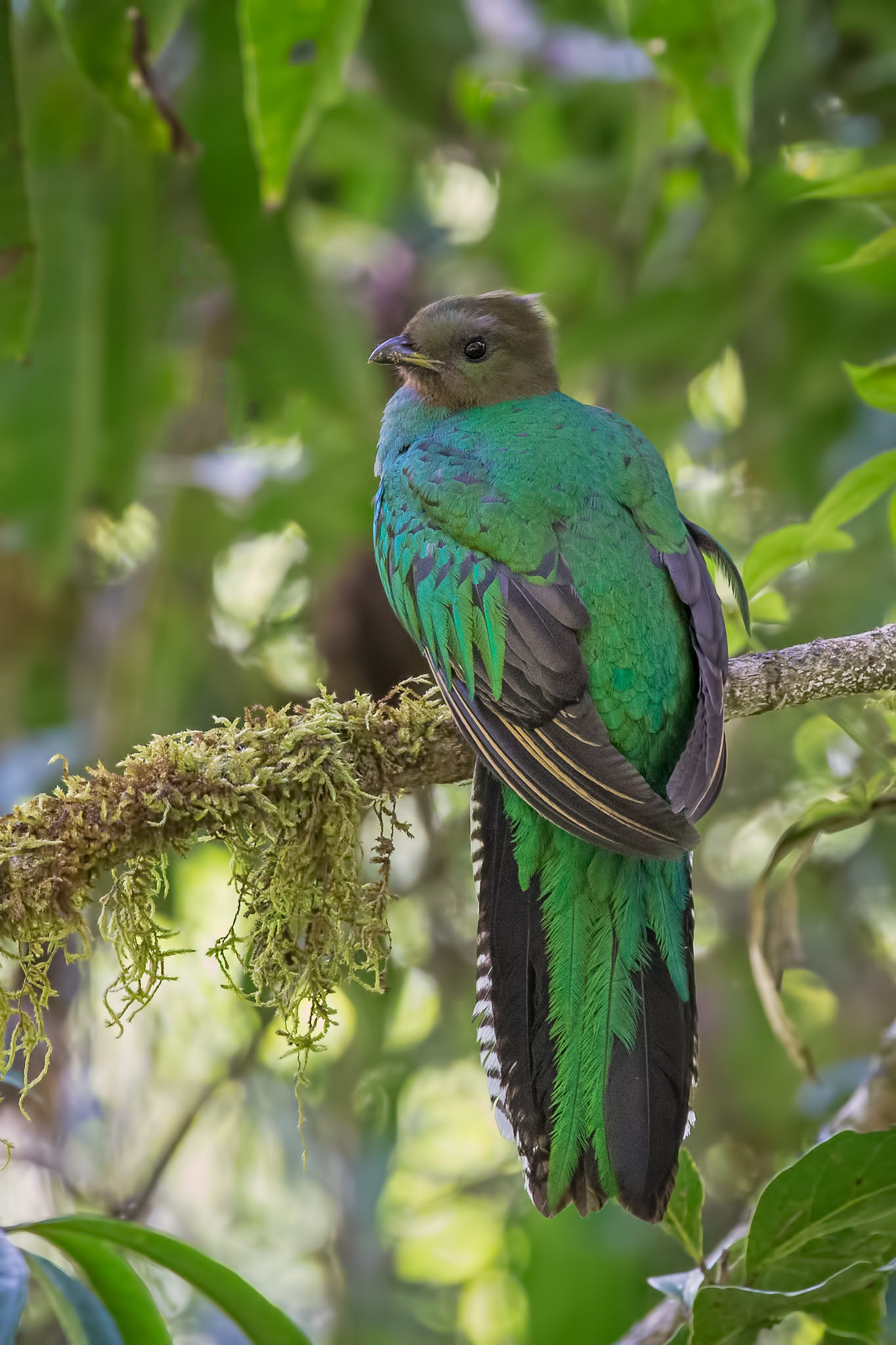 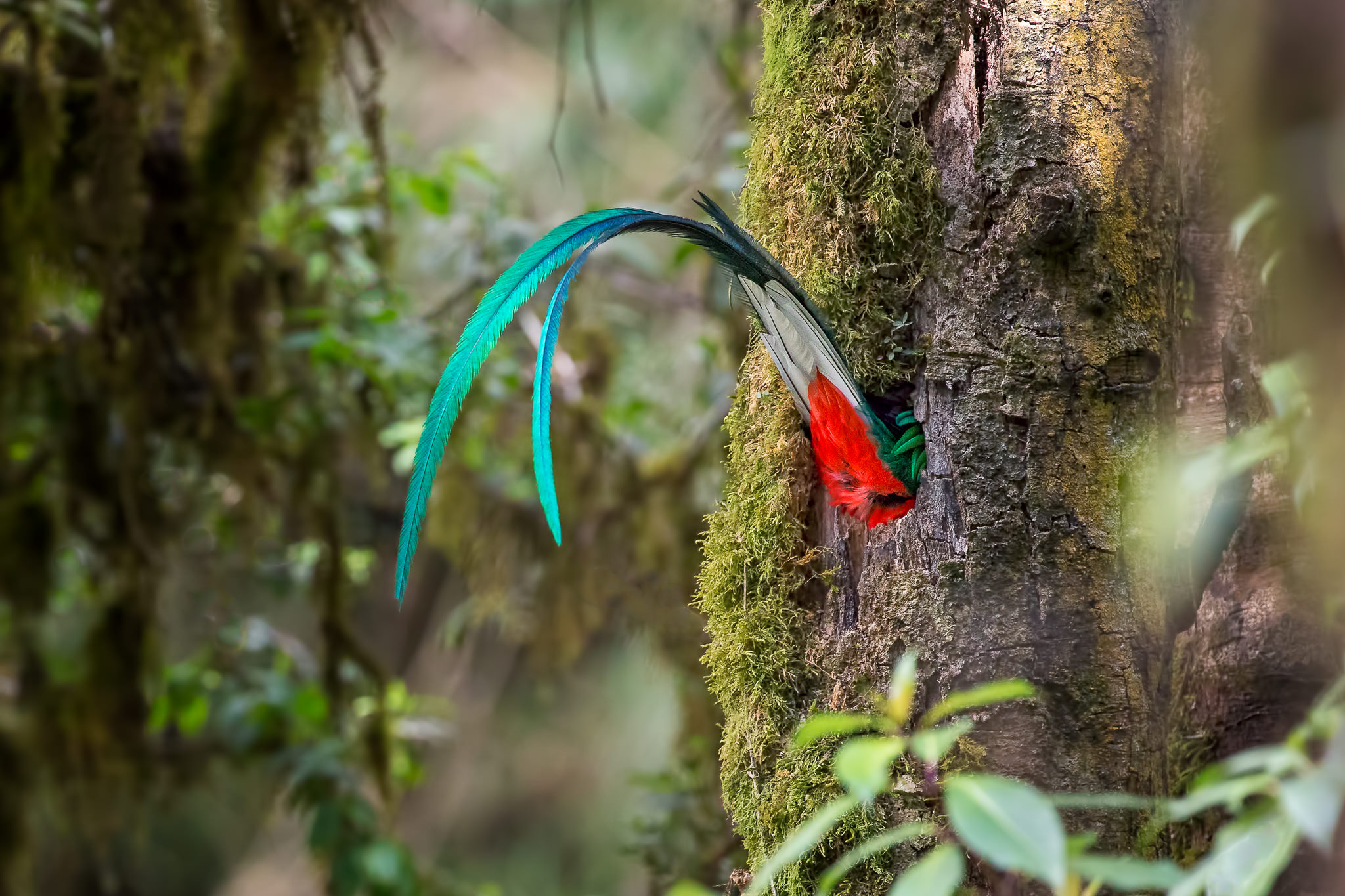 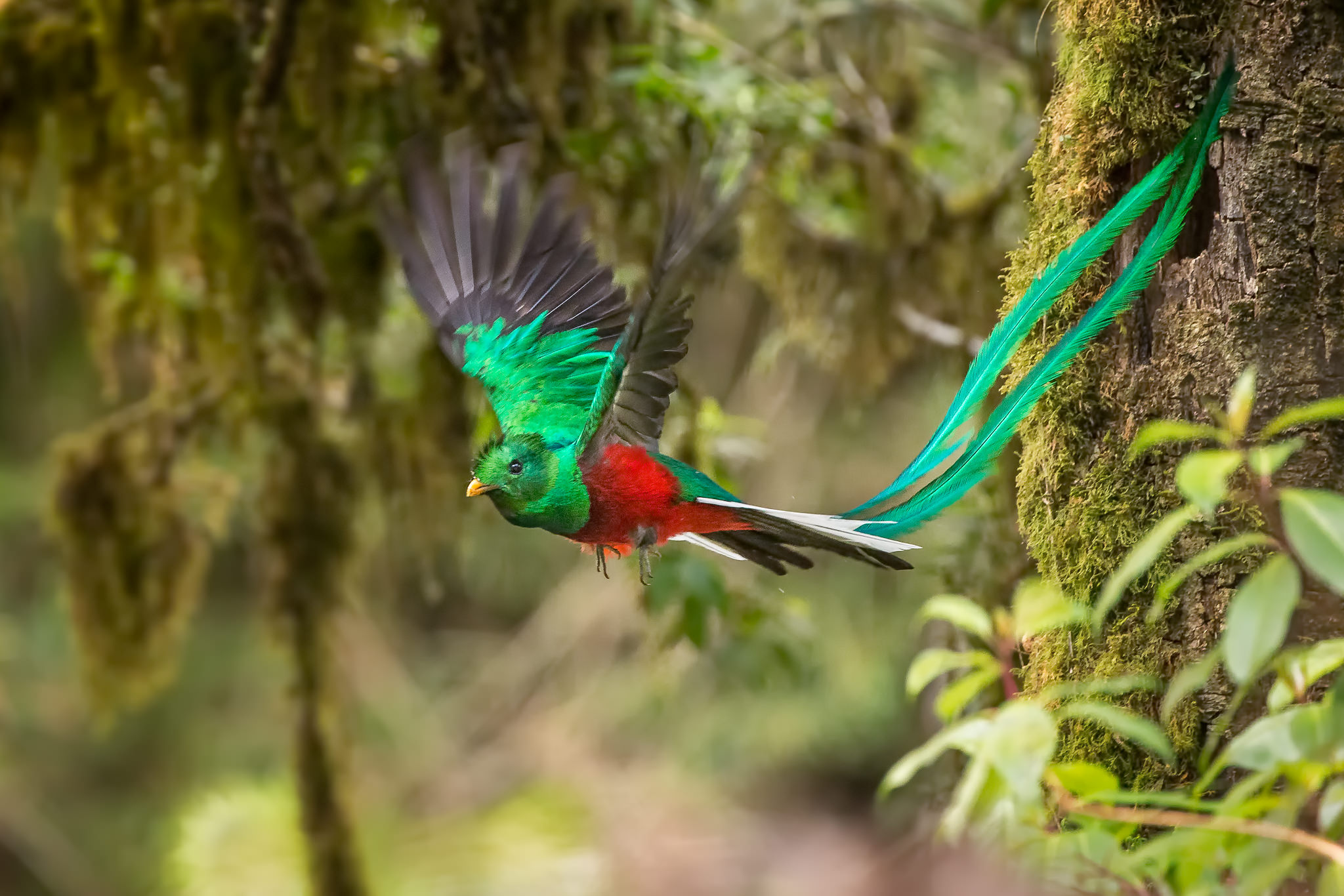