The cedar waxwing (Bombycilla cedrorum) is a member of the family Bombycillidae or waxwing family of passerine birds. It is a medium-sized, mostly brown, gray, and yellow bird named for its wax-like wing tips. It is a native of North and Central America, breeding in open wooded areas in southern Canada and wintering in the southern half of the United States, Central America, and the far northwest of South America. Its diet includes cedar cones, fruit, and insects. The cedar waxwing is not endangered.

Cedar waxwings are a medium-sized bird approximately 6–7 in (15–18 cm) long and weigh roughly 30 g (1.1 oz). They are smaller and more brown than their close relative, the Bohemian waxwing (which breeds farther to the north and west). It is a “silky, shiny collection of brown, gray, and lemon-yellow, accented with a subdued crest, rakish black mask, and brilliant-red wax droplets on the wing feathers.” These birds’ most prominent feature is this small cluster of red wax-like droplets on tips of secondary flight feathers on the wings, a feature they share with the Bohemian waxwing (but not the Japanese waxwing). The wings are “broad and pointed, like a starling’s.” The tail is typically yellow or orange depending on diet. Birds that have fed on berries of introduced Eurasian honeysuckles while growing tail feathers will have darker orange-tipped tail-feathers. The tail is somewhat short, and square-tipped. Adults have a pale yellow belly. The waxwing’s crest often “lies flat and droops over the back of the head.” It has a short and wide bill. The waxwing’s black mask has a thin white border. Immature birds are streaked on the throat and flanks, and often do not have the black mask of the adults. Males and females look alike.

The flight of waxwings is strong and direct, and the movement of the flock in flight resembles that of a flock of small pale European starlings. Cedar waxwings fly at 40 km/h (25 mph) and fly at an altitude of 610 m (2,000 ft).

The two common calls of these birds include very high-pitched whistles and buzzy trills about a half second long often represented as see or sree. Its call can also be described as “high, thin, whistles.” They call often, especially in flight.

Preferred habitat consists of trees at the edge of wooded areas, or “open” forests, especially those that provide access to berry sources as well as water. They are frequently seen in fruiting trees. Waxwings are attracted to the sound of running water, and love to bathe in and drink from shallow creeks. In urban or suburban environments, waxwings often favor parkland with well-spaced trees; golf courses, cemeteries, or other landscaping with well-spaced trees; bushes that provide berries; and a nearby water source such as a fountain or birdbath. Also look for them near farms, orchards, and gardens, particularly ones with fruiting trees or shrubs.

Outside the breeding season, cedar waxwings often feed in large flocks numbering hundreds of birds. This species is nomadic and irruptive, with erratic winter movements, though most of the population migrates farther south into the United States and beyond, sometimes reaching as far as northern South America. They will move in huge numbers if berry supplies are low. Rare vagrants have reached western Europe, and there are two recorded occurrences of cedar waxwing sightings in Great Britain. Individual Bohemian Waxwings will occasionally join large winter flocks of cedar waxwings. 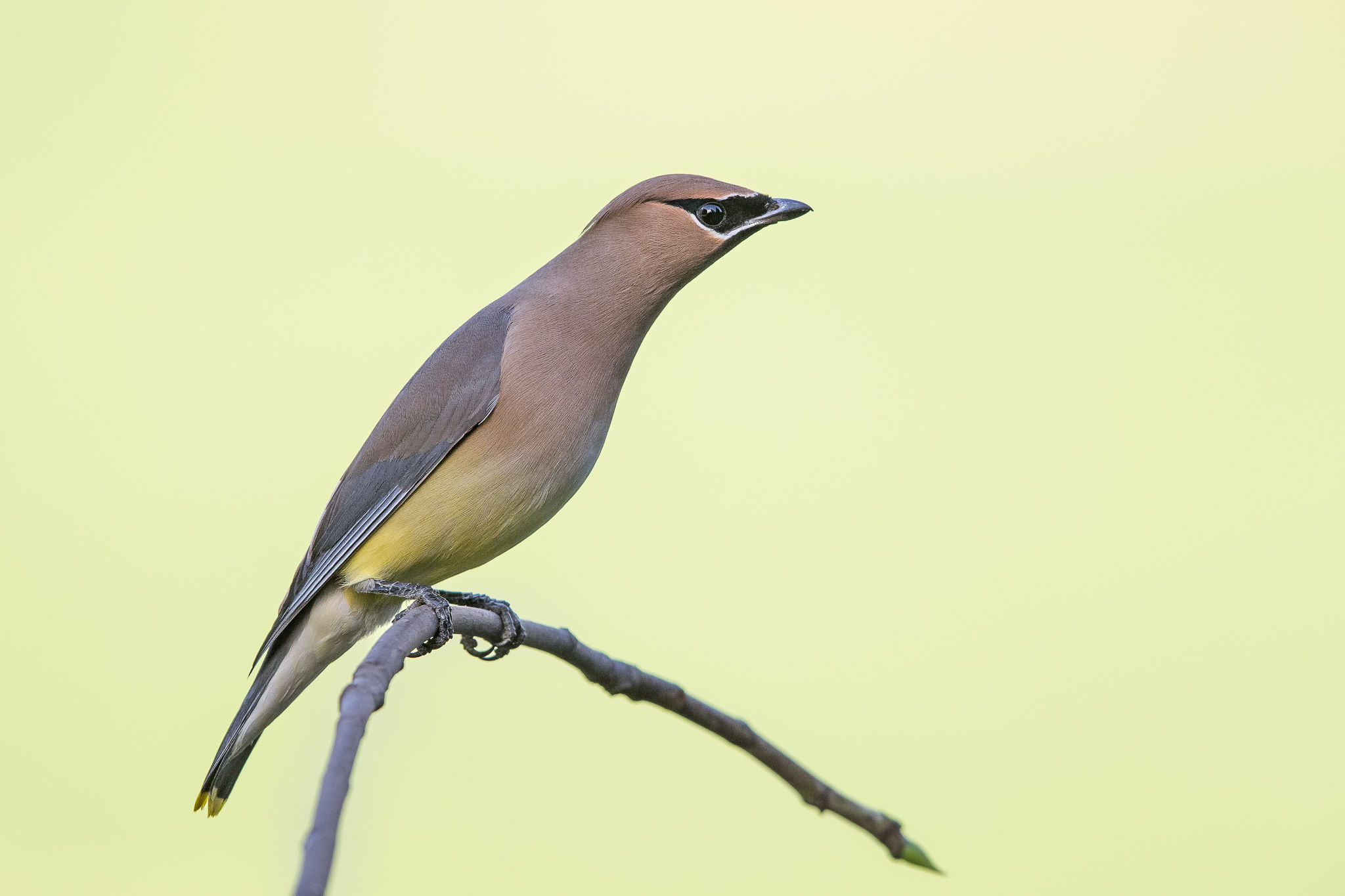 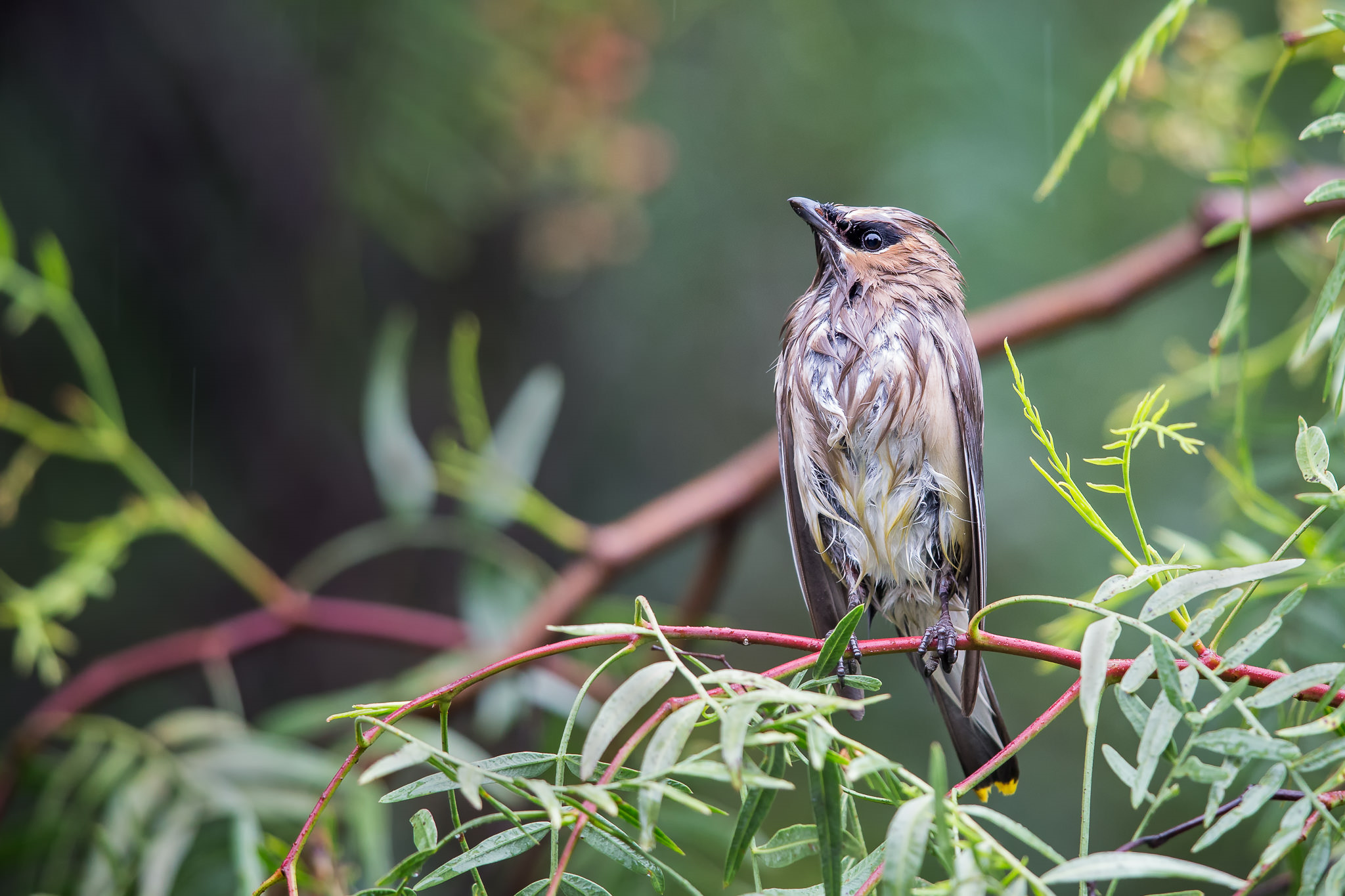 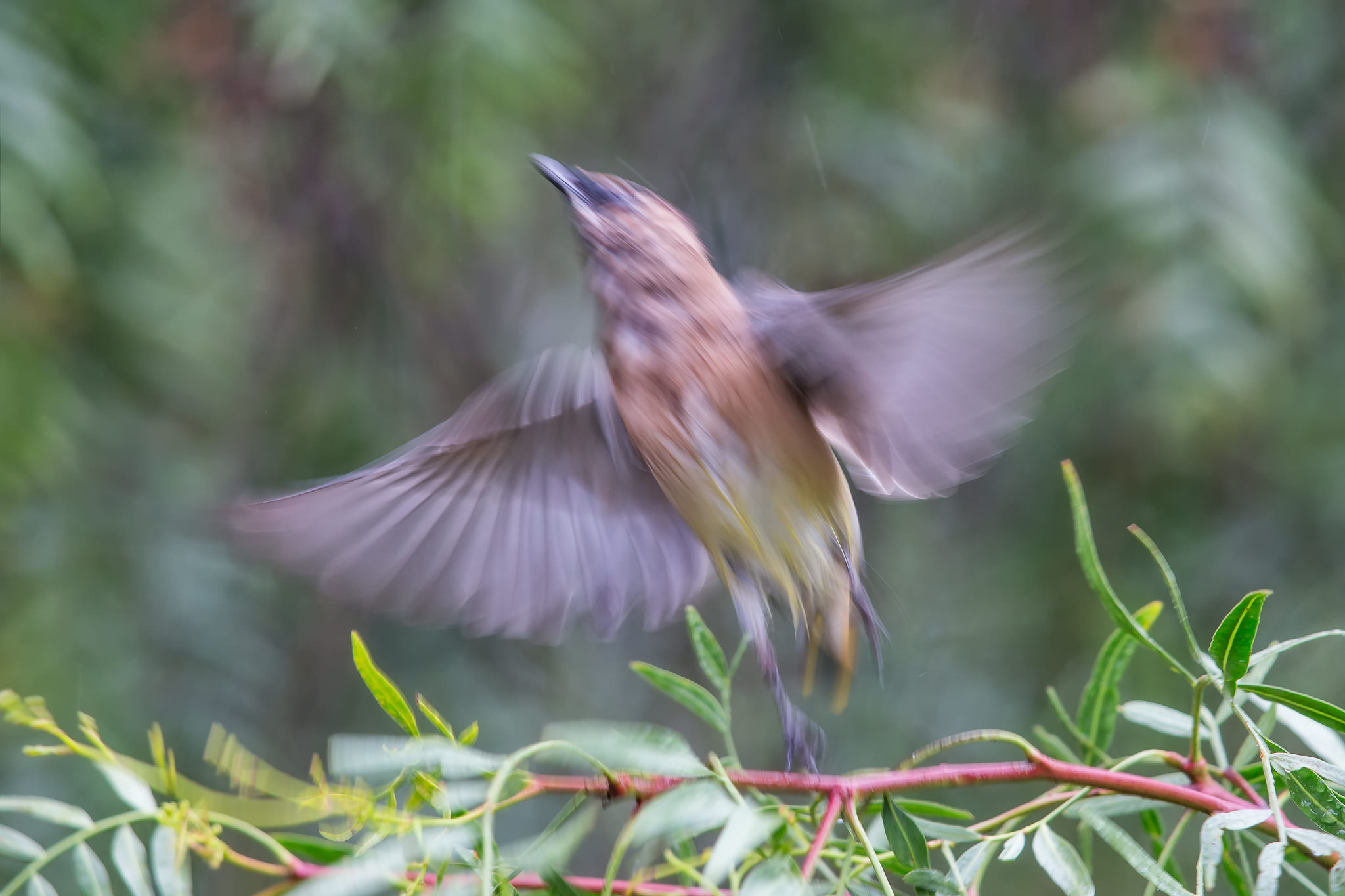