This woodpecker occurs in the higher levels of wet forests, semi-open woodland and old second growth. It nests in an unlined hole 6–30 m (20–98 ft) high in a dead tree. The clutch is two to four glossy white eggs, incubated by both sexes.

The binomial commemorates the French zoologist Jacques Pucheran.
The black-cheeked woodpecker feeds on insects, but will take substantial quantities of fruit and nectar.
This common and conspicuous species gives a rattling krrrrrl call and both sexes drum on territory.

The adult is 18.5 cm long and weighs 63 g. It has black upperparts with white barring on the back, white spotting on the wings and a white rump. The tail is black with some white barring, and the underparts are pale buff-olive with a red central belly. There is a black patch through the eyes and on the cheeks, a yellow forehead, and a red nape. The crown is red in the male and black in the female. Young birds are duller, have less white above and less red on the belly. 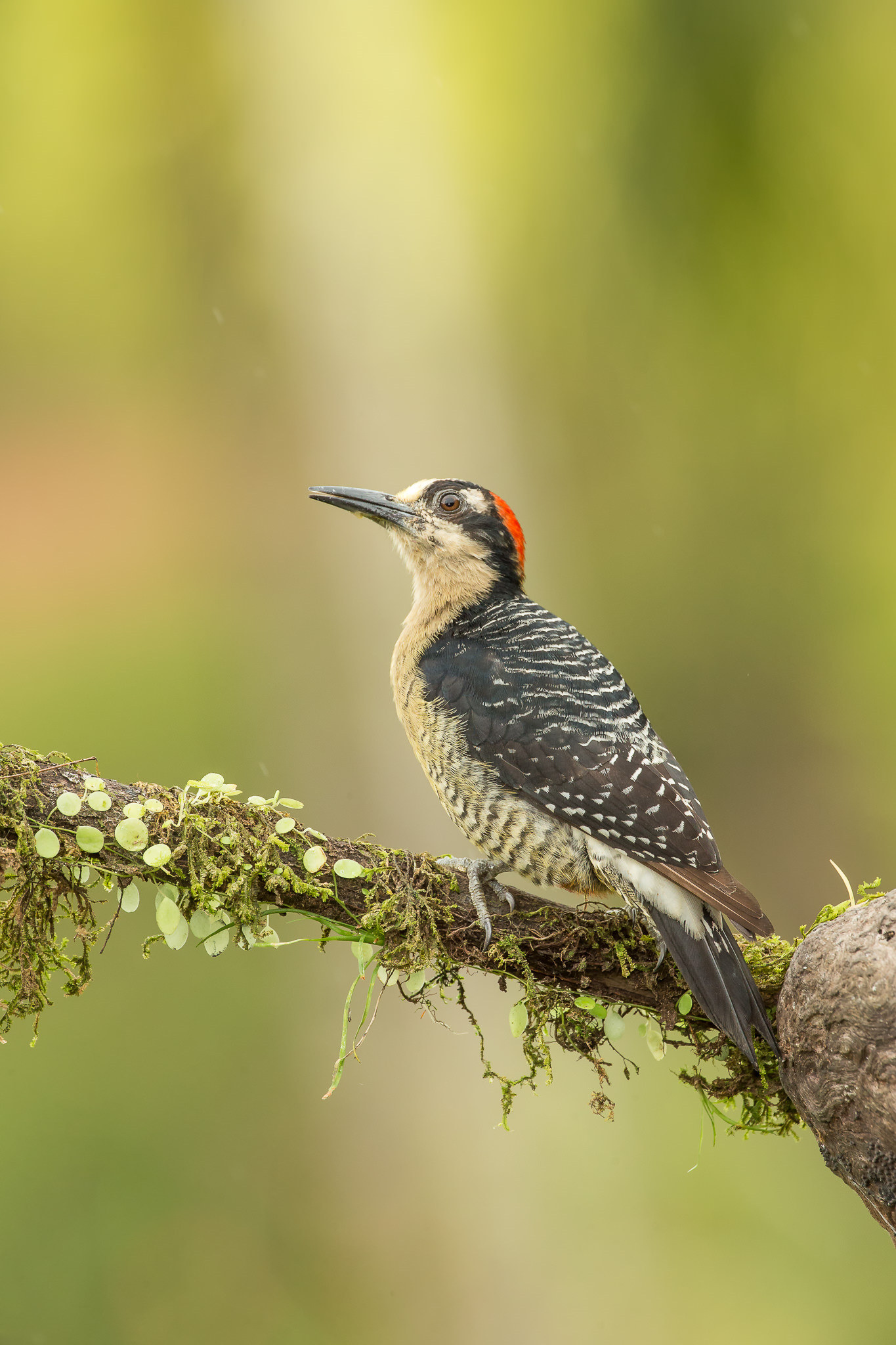 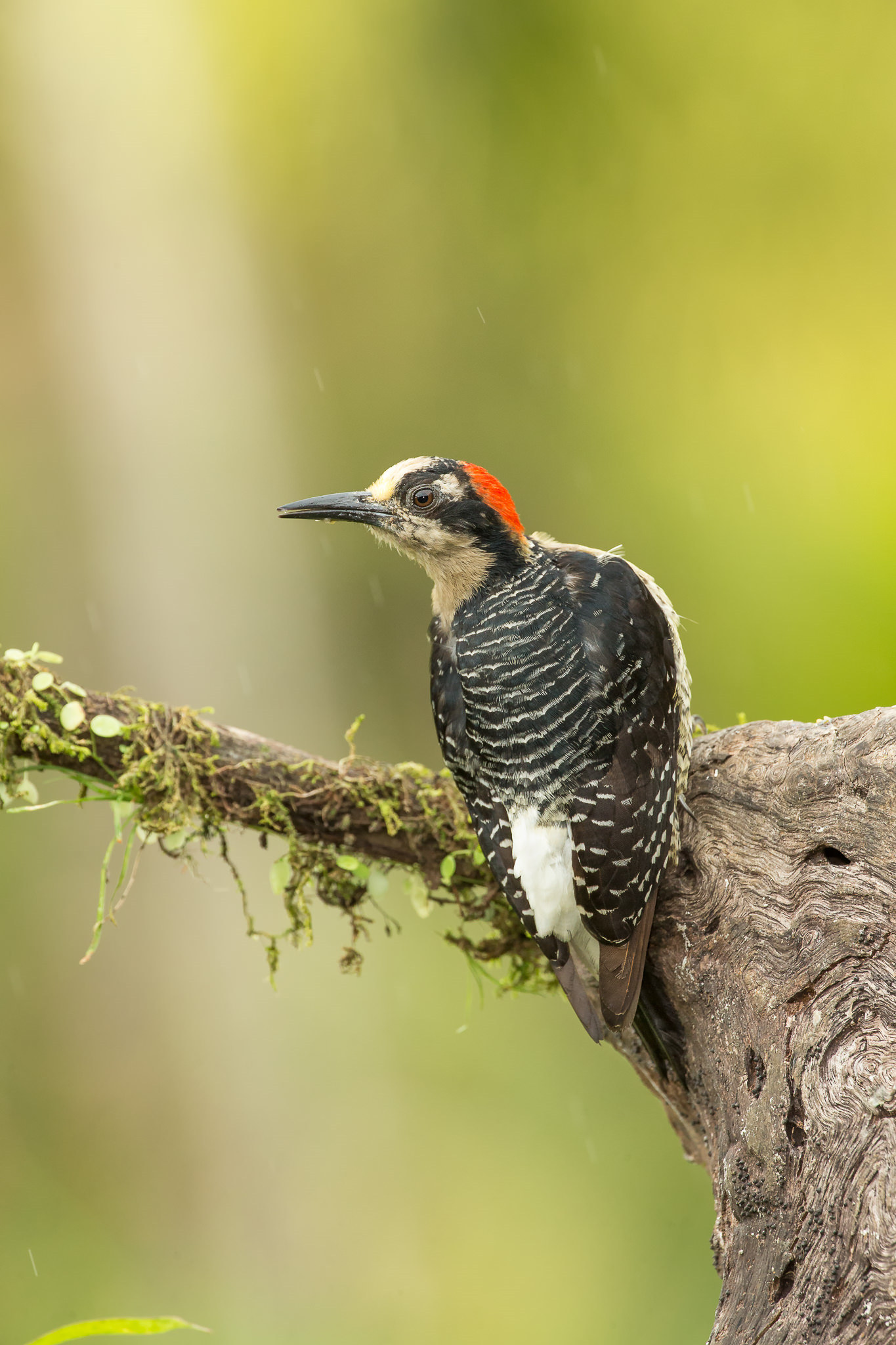 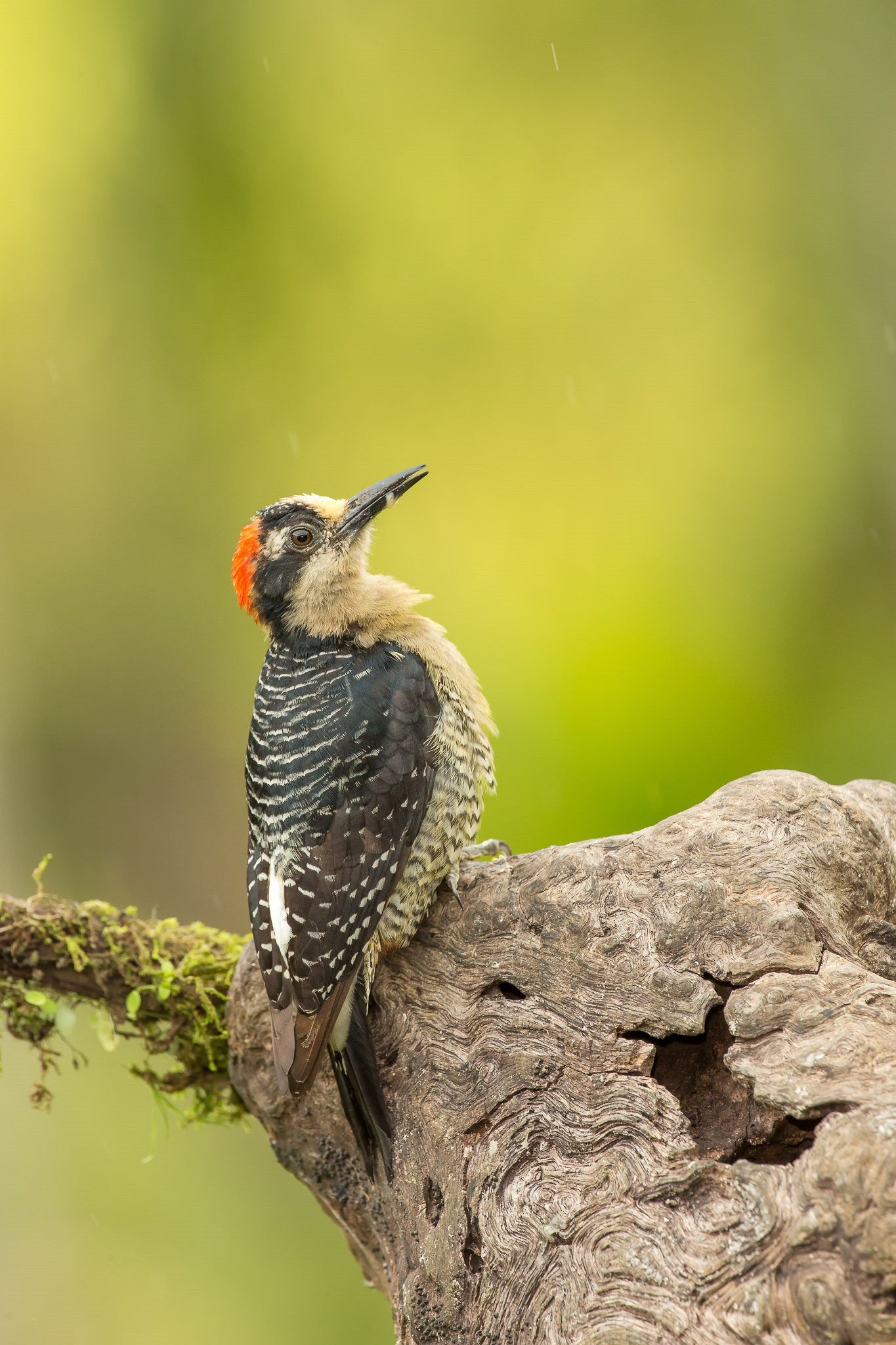