Passerini’s tanager, Ramphocelus passerinii, is a medium-sized passerine bird. This tanager is a resident breeder in the Caribbean lowlands from southern Mexico to western Panama. This species was formerly known as the scarlet-rumped tanager, but was renamed when the distinctive form found on the Pacific coast of Costa Rica and Panama was reclassified as a separate species, the Cherrie’s tanager.

The adult Passerini’s tanager is 16 cm long and weighs 31 g. The adult male is mainly black except for a scarlet rump, silvery bill and dark red iris. The female has a grey head, olive upperparts becoming brighter and paler on the rump, brownish wings and tail and ochre underparts. The female’s plumage is the one that differs most from Cherrie’s tanager. Immatures have an orange tint to the underparts and rump, and look like a paler and duller female Cherrie’s tanager.

The Passerini’s tanager’s call is a sharp wac. Its song consists of a few clear pleasant notes, delivered in shorter phrases than that of its Pacific relative.

It is very common from sea level to 1200 m altitude, and occurs occasionally up to 1700 m. The preferred habitat is semi-open areas including light second growth, woodland edges, gardens and pasture with bushes.

Passerini’s tanagers occur in pairs, small groups, or as part of a mixed-species feeding flock, and up to a dozen birds may roost together in dense thickets at night. This species feeds on certain small fruit, usually swallowed whole, insects and spiders.

The cup nest is built up to 6 m high in a tree. The normal clutch is two pale blue or grey eggs, marked with black, brown or lilac. This species will sometimes raise two broods in a season. 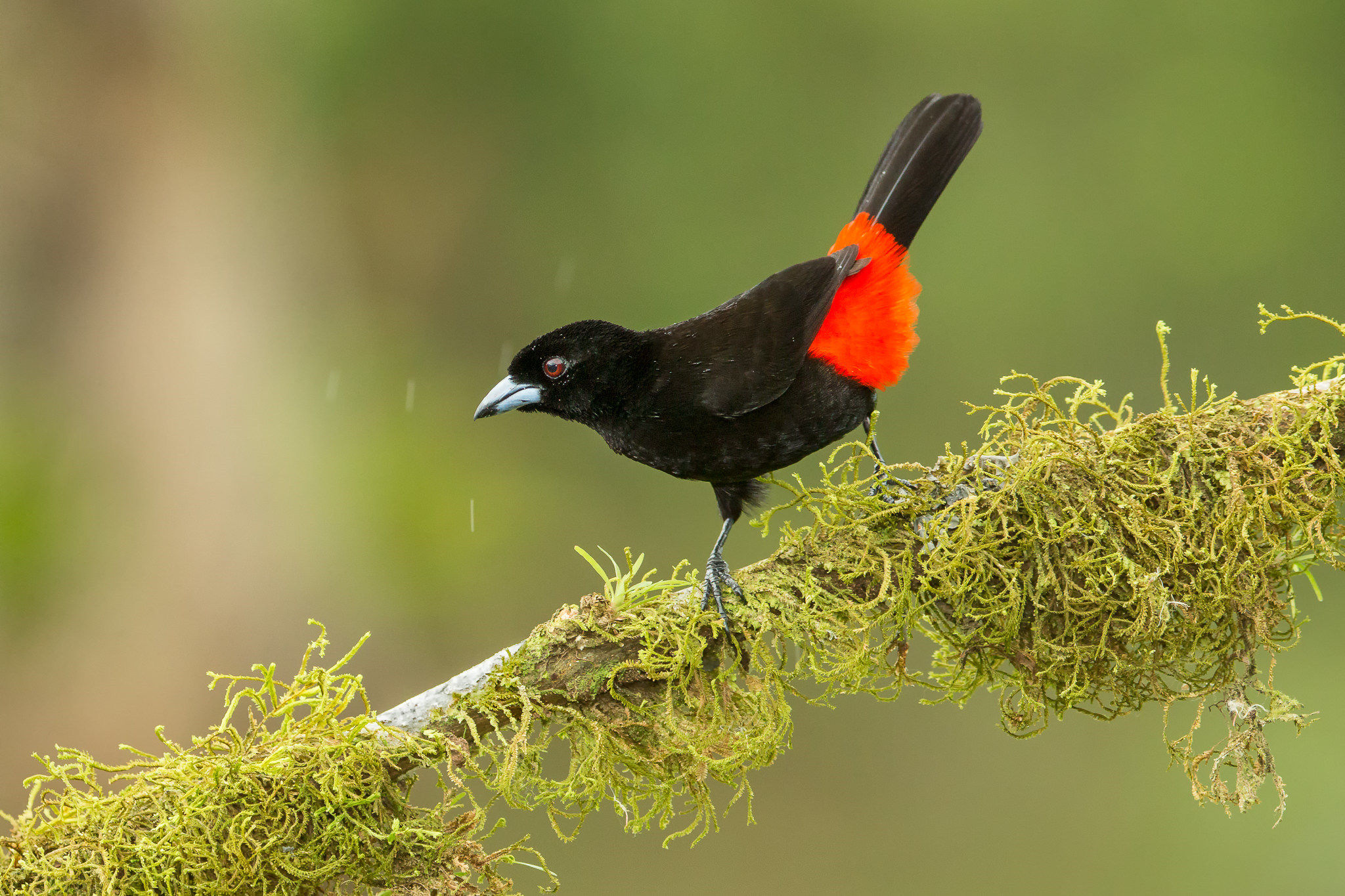 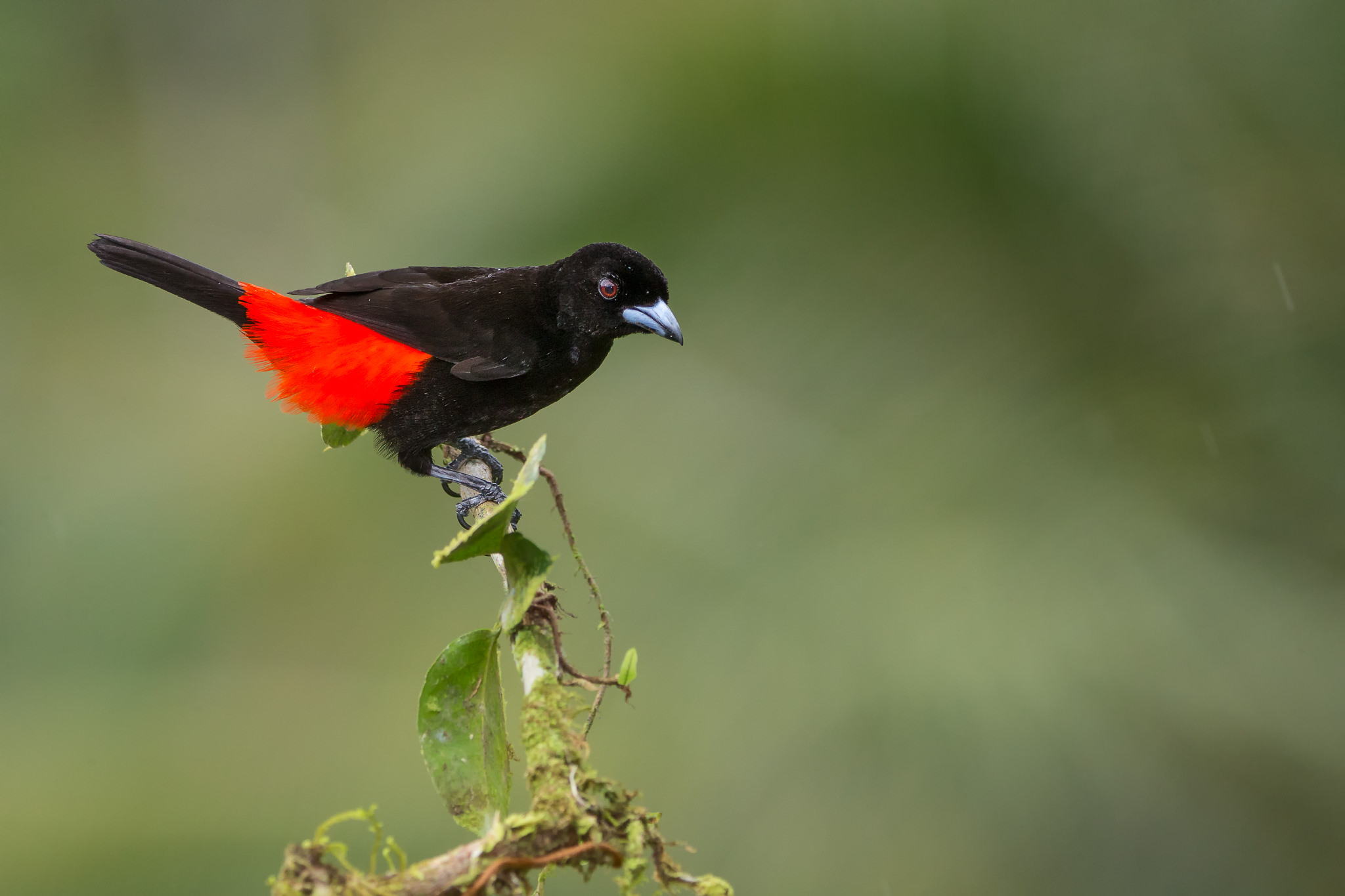 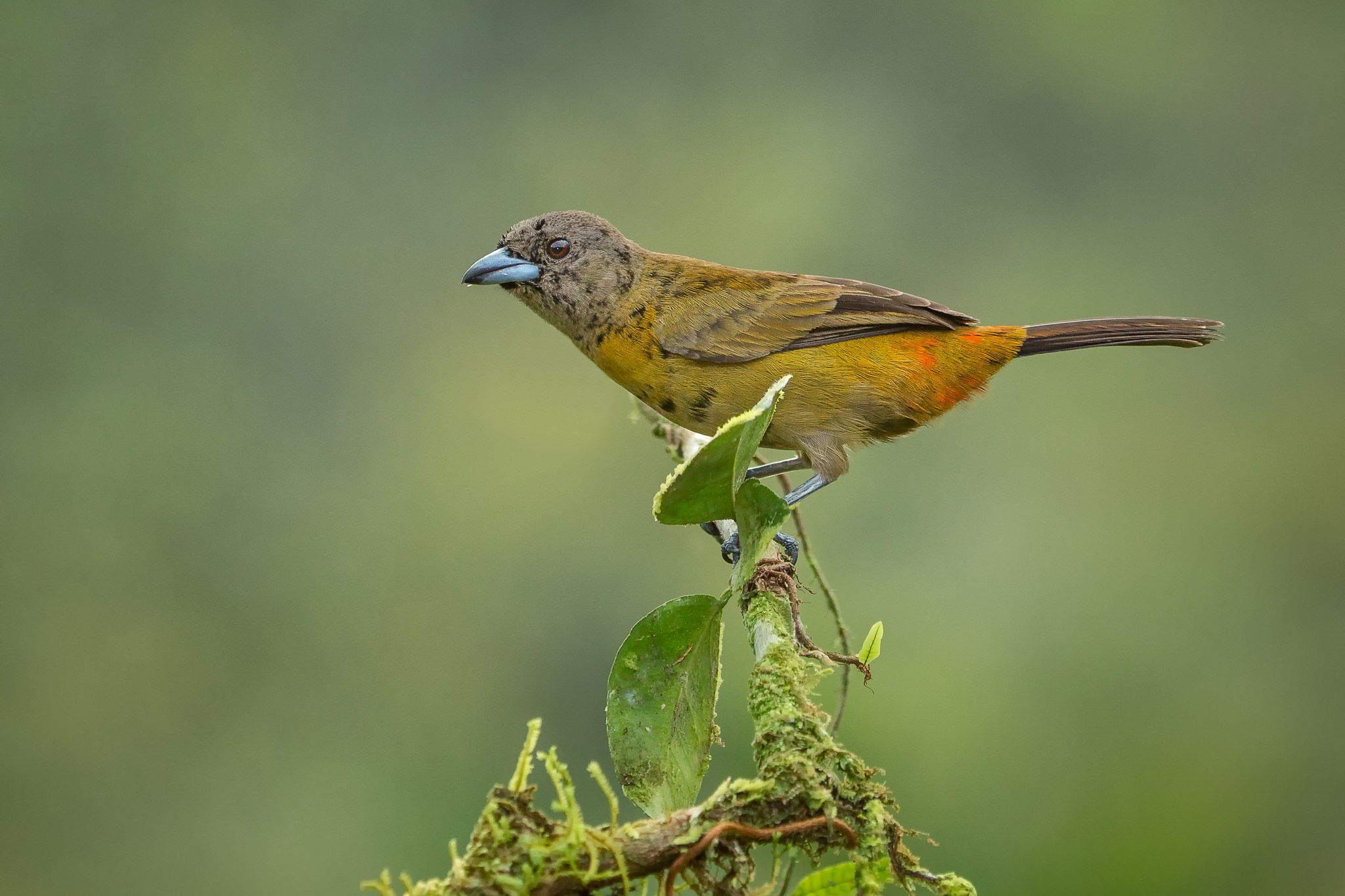 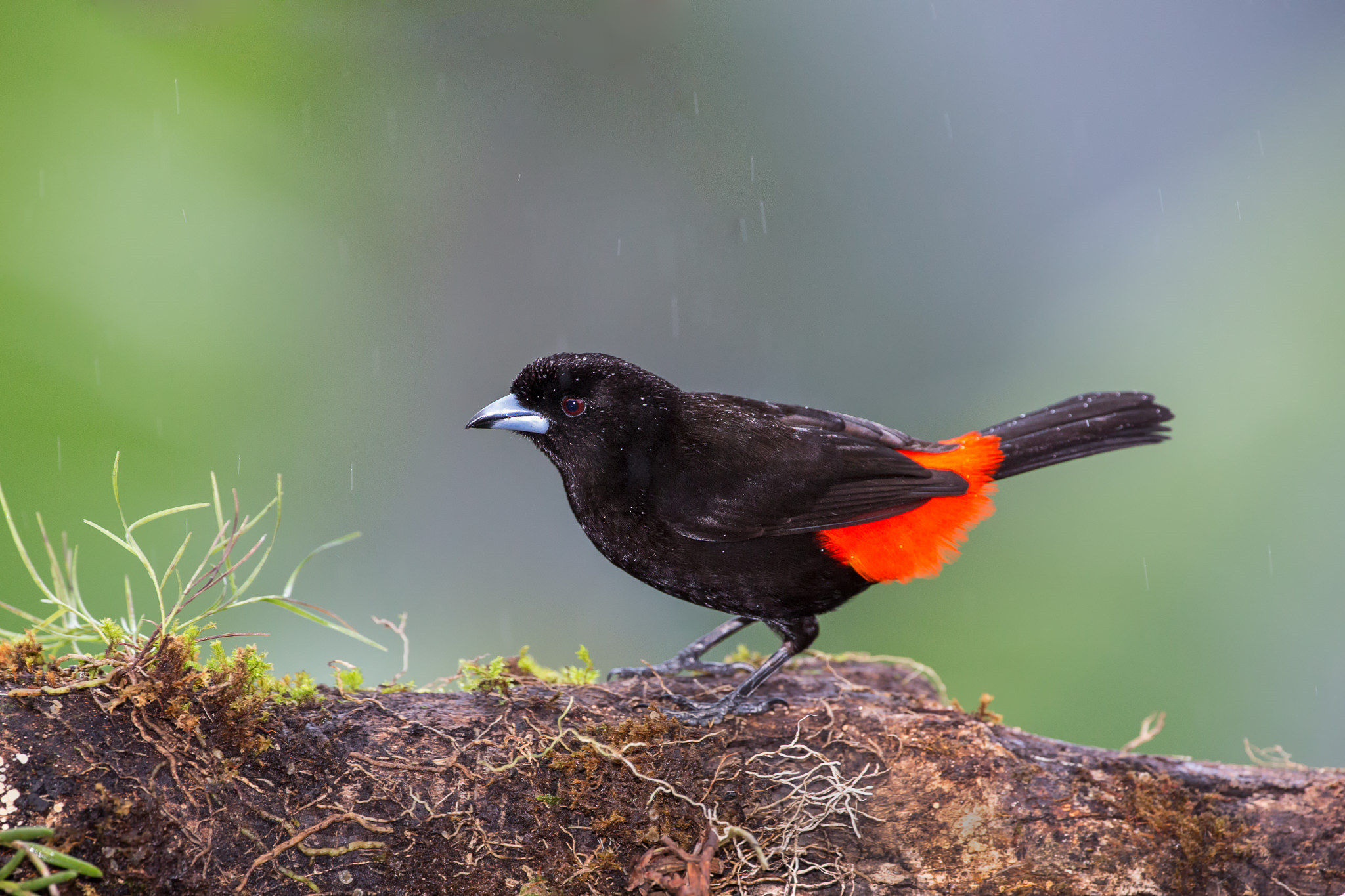 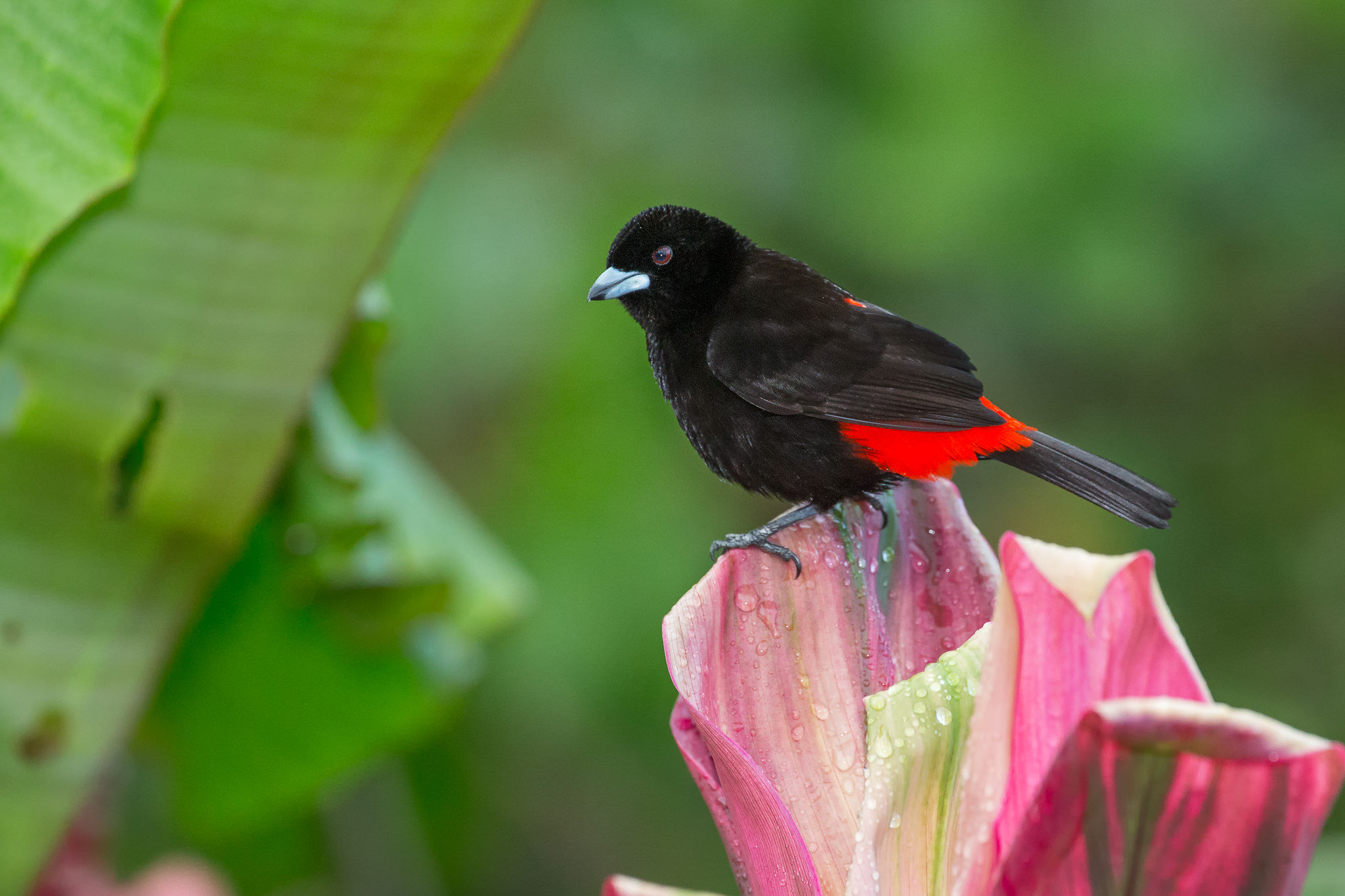 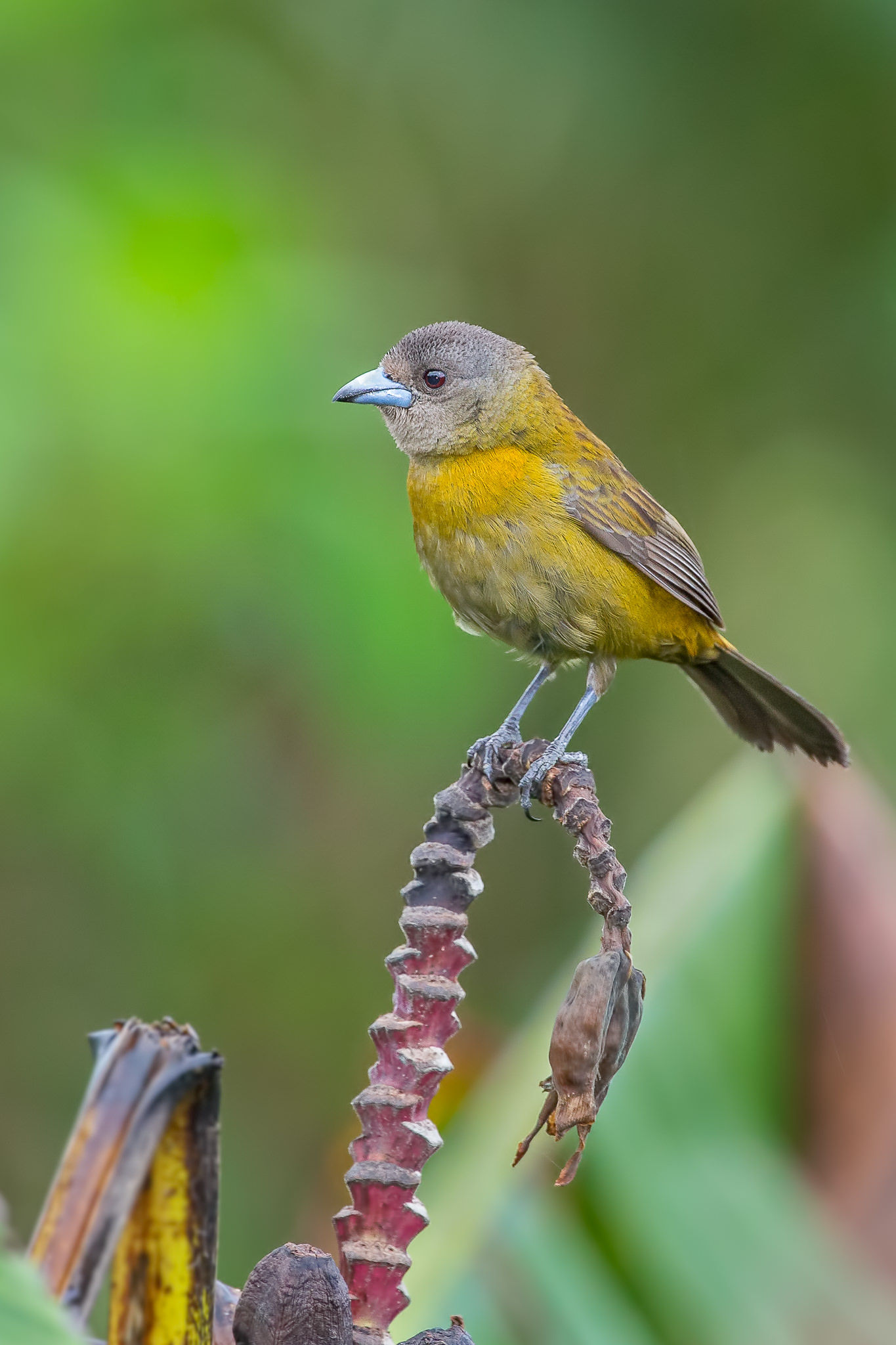