Ridgway’s rail (Rallus obsoletus) formerly known as Clapper Rail is a near-threatened species of bird. It is found principally in California’s San Francisco Bay to southern Baja California. A member of the rail family, Rallidae, it is a chicken-sized bird that rarely flies.

This species is closely related to the clapper rail, and until recently was considered a subspecies. It has a long, downward curving bill and is grayish brown with a pale chestnut breast and conspicuous whitish rump patch. The population levels of Ridgway’s rail are precariously low due to destruction of its coastal and estuarine marshland habitat by prior land development and shoreline fill. It has year-long, circadian activity and is most vocal nocturnally and crepuscularly.

Ridgway’s rail forages at the upper end of, along the ecotone between mudflat and higher vegetated zones, and in tidal sloughs. Mussels, clams, arthropods, snails, worms and small fish are its preferred foods, which it retrieves by probing and scavenging the surface while walking. The bird will only forage on mudflats or very shallow water where there is taller plant material nearby to provide protection at high tide. At such high tides it may also prey upon mice, and has been known to scavenge dead fish.

One of the largest population of Ridgway’s rails is in San Francisco Bay, where a total of about 1100 are resident.  Other frequent sightings of this species around the San Francisco Bay include the Napa Sonoma Marsh, Bothin Marsh in Mill Valley, Gallinas Creek in San Rafael, Arrowhead Marsh and Damon Marsh in Oakland, the Palo Alto baylands, Charleston Slough in Mountain View, Seal Slough in San Mateo and Belmont Slough.

For cover, Ridgway’s rail seeks out emergent wetland dominated by pickleweed and cordgrass, or brackish emergent wetland with those two plants plus bulrush. It is not clear whether it requires any source of fresh water. Although not migratory in coastal wetlands, this species disperses juveniles into freshwater wetlands in late August through October. Ridgway’s rail has been observed to forage in or near relatively disturbed areas, leading one to deduce the importance of protecting even numeral marsh areas; for example this species was seen foraging in a small mudflat area within Seal Slough in San Mateo, three miles from the nearest known breeding area in Belmont.

Ridgway’s rail breeds (California rail subspecies) in the San Francisco Bay from mid-March through August, with peak activity in late June. During this breeding season the bird density was approximately 0.1 to 0.6 individuals per acre; outside of breeding season densities decline to 0.04 to 0.40 individuals per acre. The twig nest is placed low sometimes among plant roots, and purple-spotted buff eggs are laid. Eggs are produced in clutches of four to fourteen, with an average yield of 7.6. The incubation period is 18 to 29 days, and the hatching success is 38%, notably less than the similar light-footed rail indigenous to southern California. 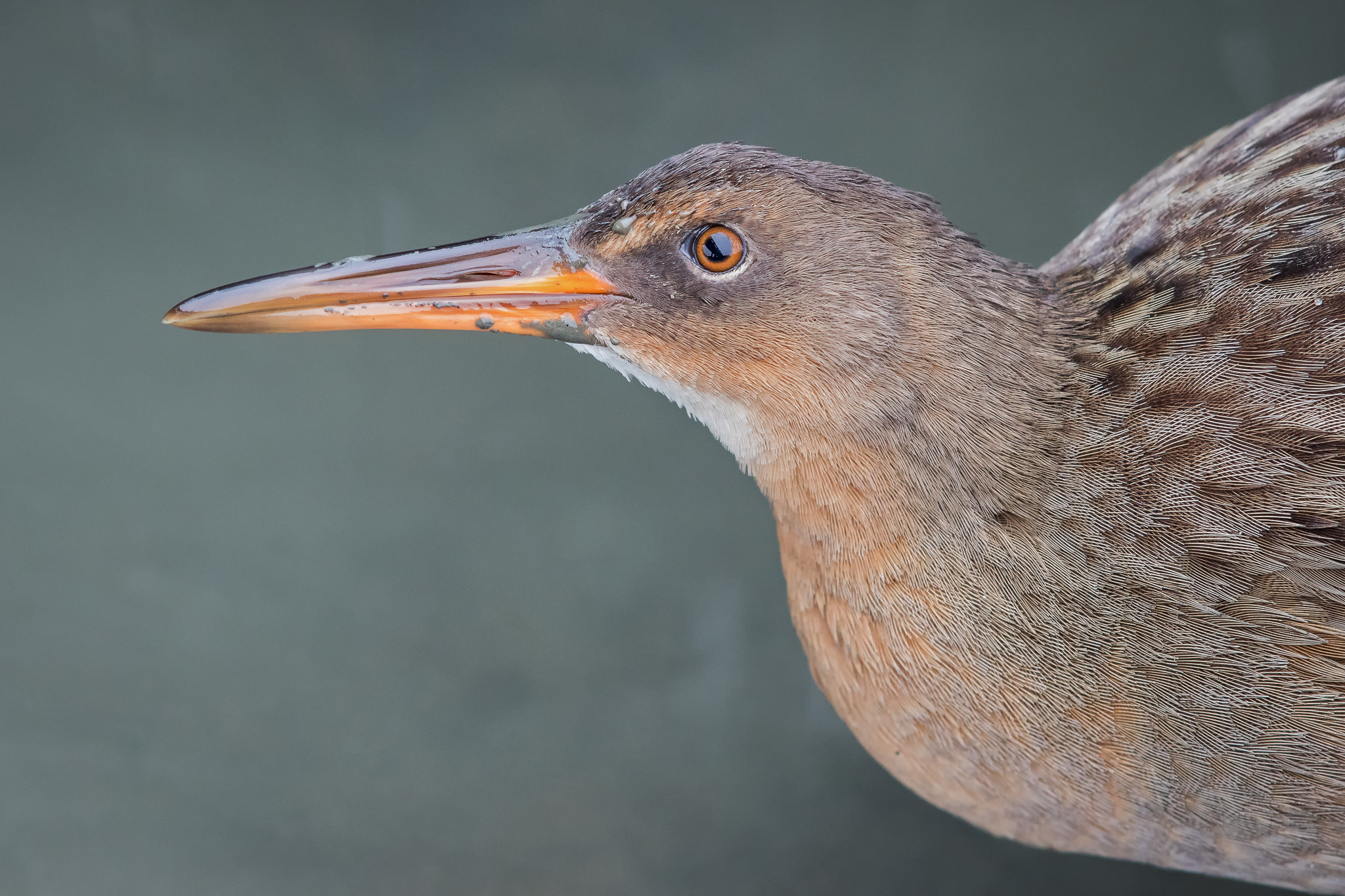 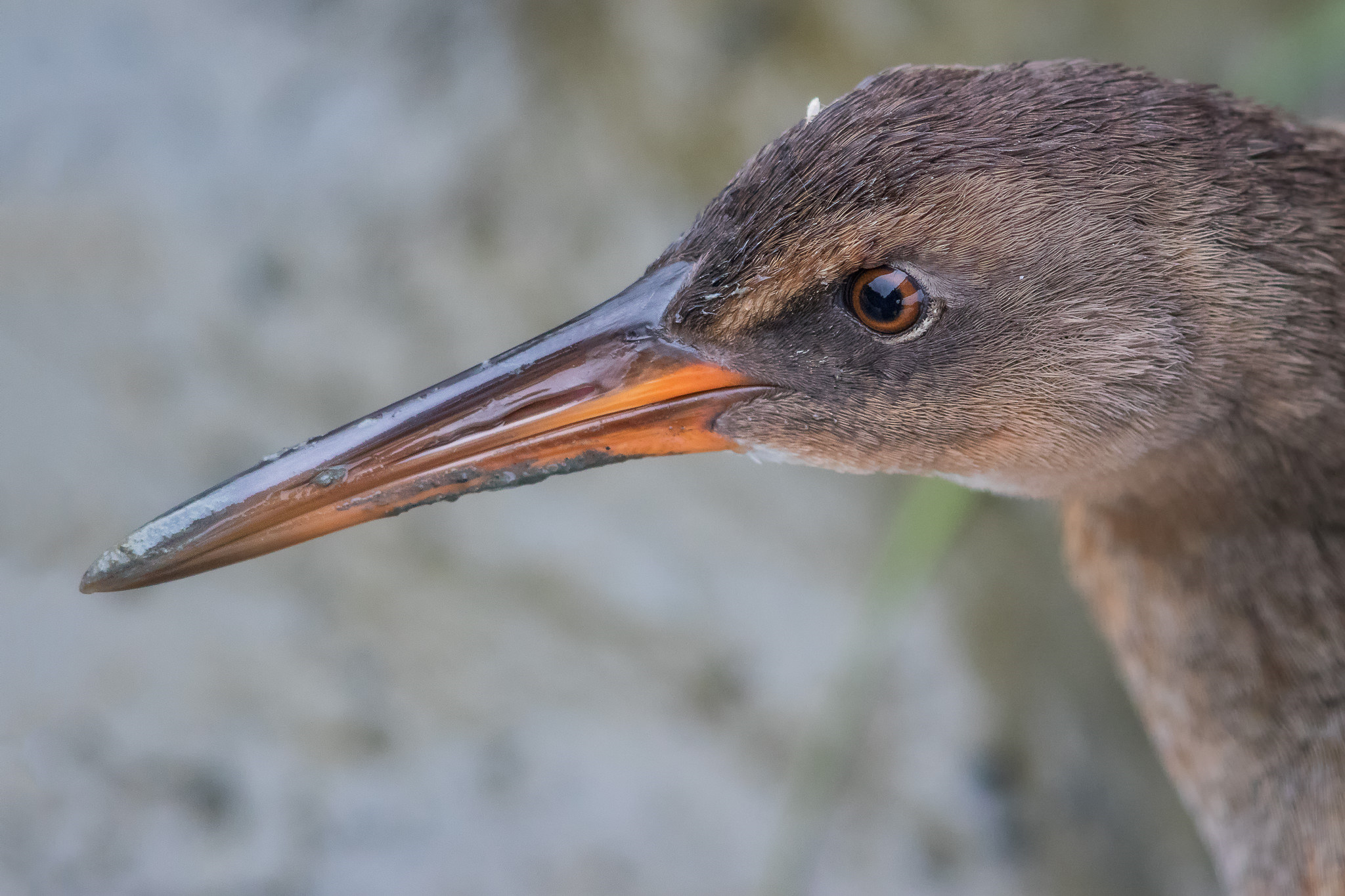 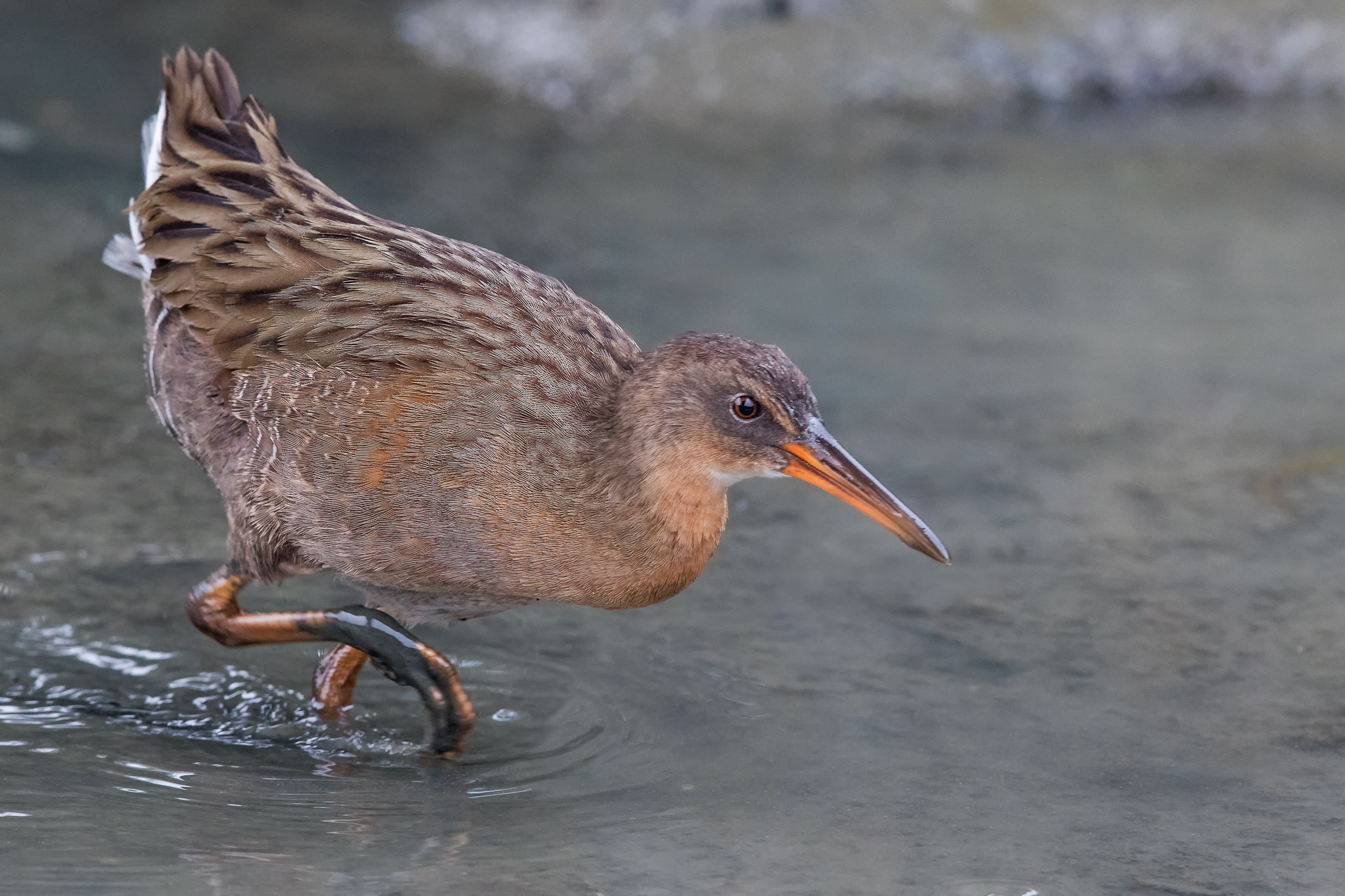