The great white pelican (Pelecanus onocrotalus) also known as the eastern white pelican, rosy pelican or white pelican is a bird in the pelican family. It breeds from southeastern Europe through Asia and in Africa in swamps and shallow lakes.

Immature great white pelicans are grey and have dark flight feathers. In flight, it is an elegant soaring bird, with the head held close to and aligned with the body by a downward bend in the neck. In breeding condition the male has pinkish skin on its face and the female has orangey skin. It differs from the Dalmatian pelican by its pure white, rather than greyish-white, plumage, a bare pink facial patch around the eye and pinkish legs. Males are larger than females, and have a long beak that grows in a downwards arc, as opposed to the shorter, straighter beak of the female. The spot-billed pelican of Asia is slightly smaller than the great white, with clear brownish-grey plumage and a paler, duller-colored bill. Similarly, the pink-backed pelican is smaller with brownish-grey plumage, with a light pink to off-grey bill and a pinkish wash to the back.

The great white pelican is well adapted for aquatic life. The short strong legs and webbed feet propel it in water and aid the rather awkward takeoff from the water surface. Once aloft, the long-winged pelicans are powerful fliers, however, and often travel in spectacular V-formation groups.

The diet of the great white pelican consists mainly of fish. The pelicans leave their roost to feed early in the mornings and may fly over 100 km (62 mi) in search of food, as has been observed in Chad and Mogode, Cameroon. Each pelican needs from 0.9 to 1.4 kg (2.0 to 3.1 lb) of fish every day. 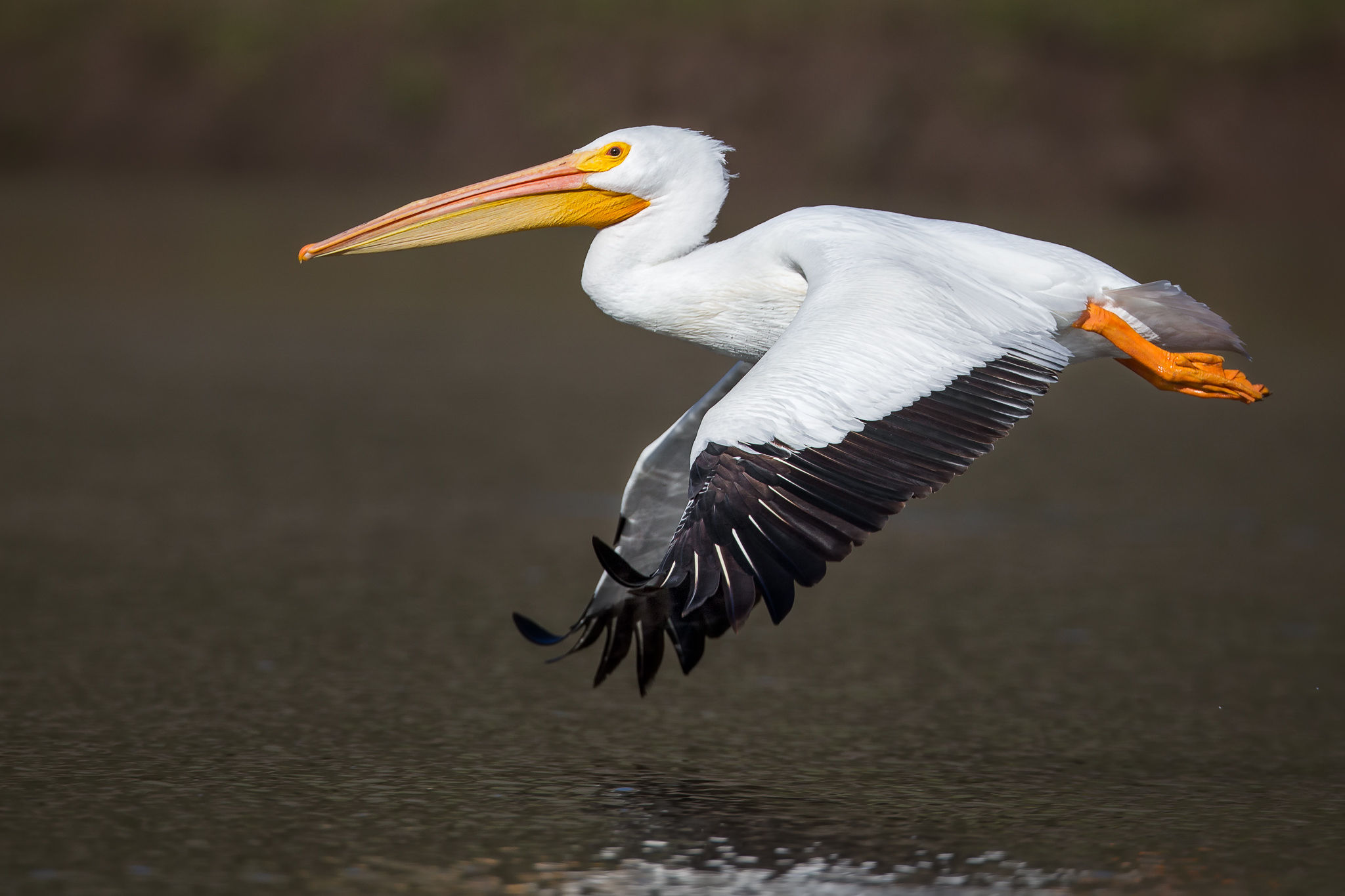 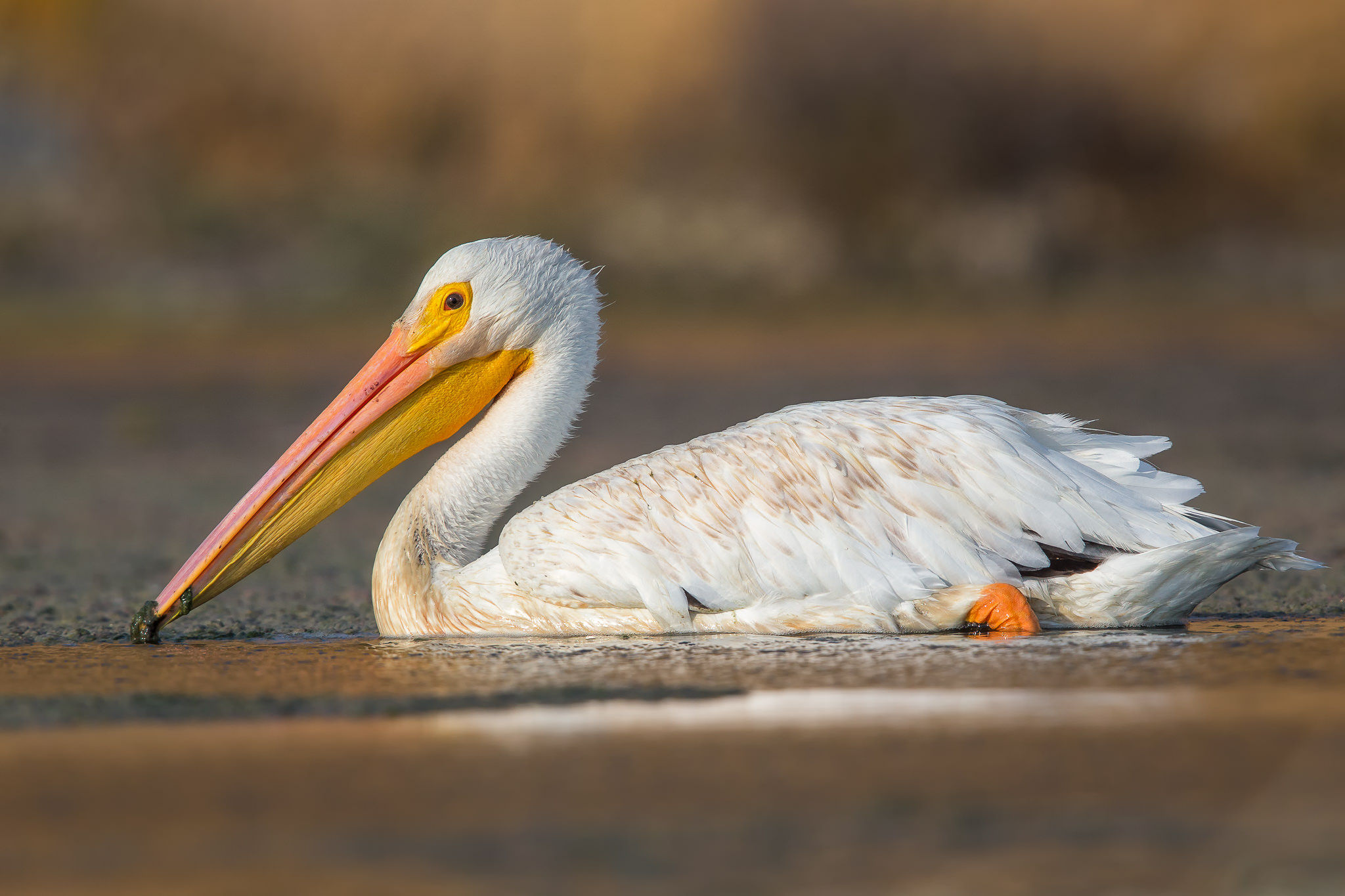