The spiderhunters are birds of the genus Arachnothera, part of the sunbird family Nectariniidae. The genus contains eleven species found in the forests of south and southeastern Asia. They are large representatives of the sunbird family, with drab plumage and long strongly curved bills. They feed on both nectar and a range of small arthropods.

Unlike the rest of the family, which is more widespread, the spiderhunters are confined to the Oriental zoogeographic region, occurring from India east to The Philippines and from the Himalayas south to Java; they reach their greatest species diversity in the Thai-Malay peninsula, Sumatra and Borneo. The spiderhunters are mostly forest birds, occupying a wide range of forest types including true rainforest, dipterocarp forest, swamp forest, bamboo forest, secondary forest, forest edge and other highly degraded forest. In addition several species occur in human-created habitat such as gardens or plantations. Most species are lowland species, but the Whitehead’s spiderhunter is more of a montane species.

The spiderhunters are thought to be monogamous like most of the rest of the family. They vary from the other sunbirds in the nature of their nest, which is suspended underneath a large leaf, usually a banana leaf but sometimes a palm frond or even a branch. The style of nest can be quite variable, a simple cup in the case of the streaked spiderhunter, an elongated tube for the yellow-eared spiderhunter and a bottle shape for the long-billed spiderhunter. The nests are suspended from the leaf by using spider web or by pushing plant fibres through the leaf. The nests are made of grasses and leaves and lined with soft materials. Nest construction, as is typical of the family, is carried out by the female alone. Unlike the other sunbirds, however, both the male and female incubate the eggs. The spiderhunters lay two or three eggs. Their nests are sometimes parasitised by cuckoos. 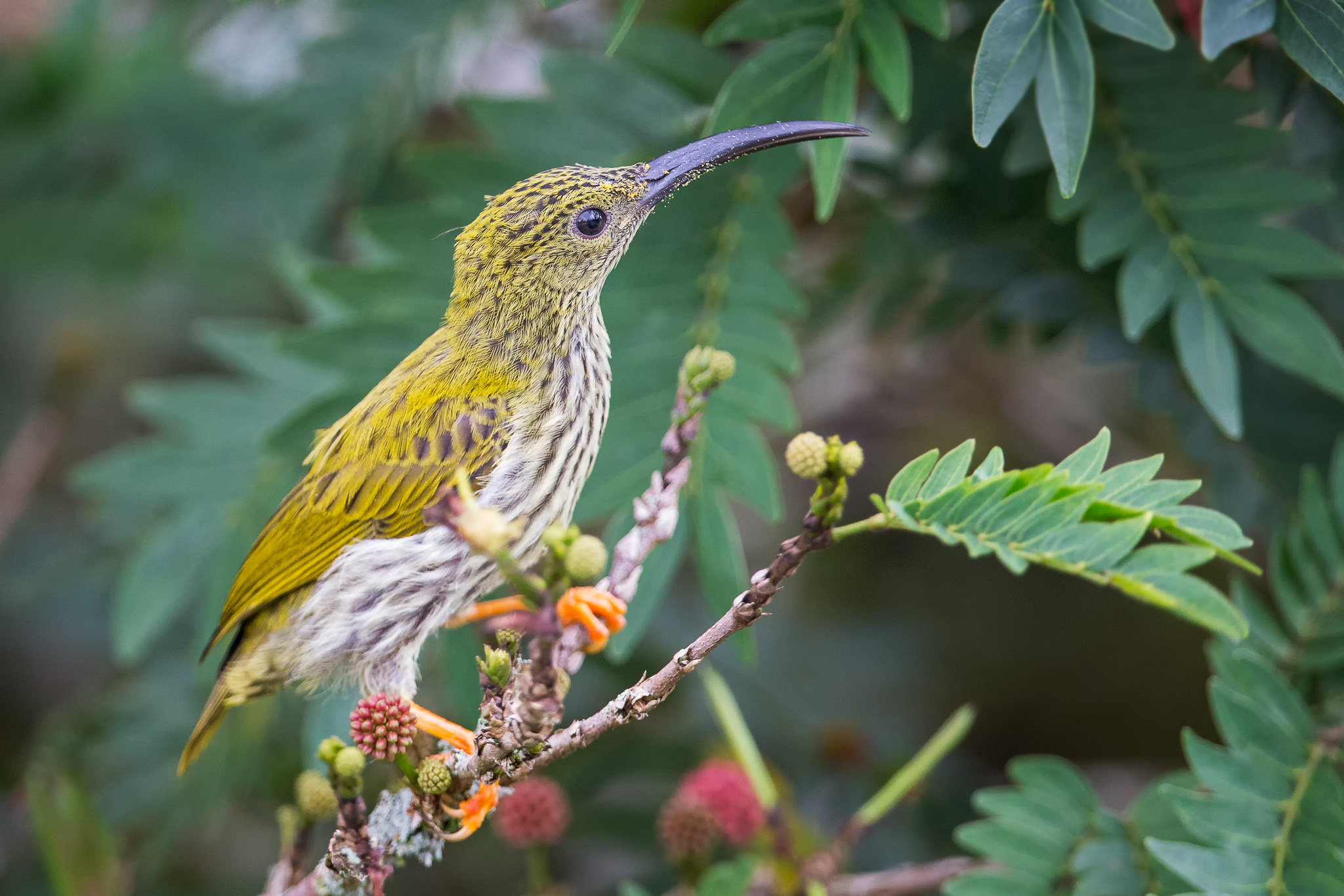 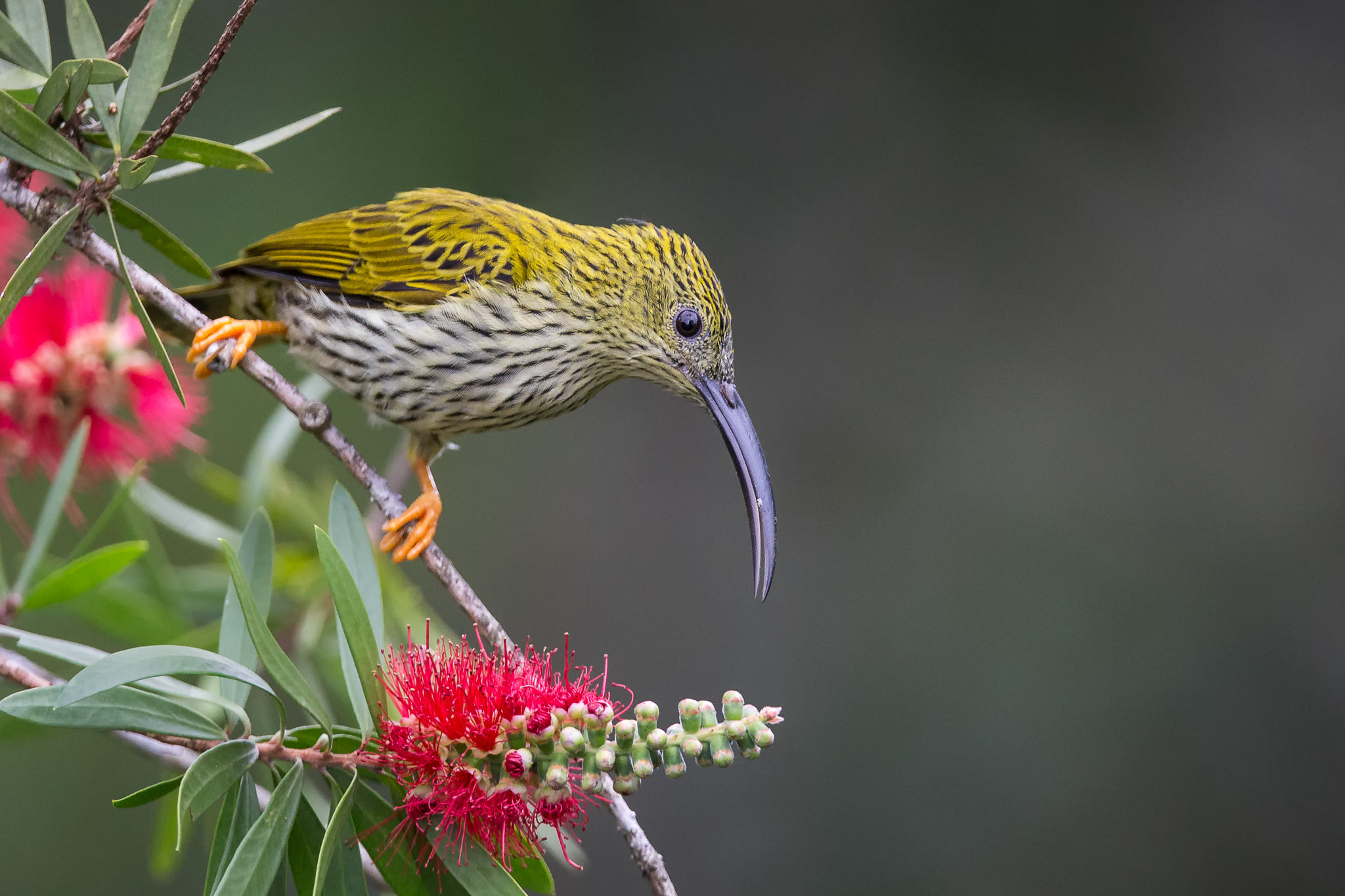