The blue grosbeak (Passerina caerulea, formerly Guiraca caerulea), is a medium-sized seed-eating bird in the same family as the northern cardinal, “tropical” or New World buntings, and “cardinal-grosbeaks” or New World grosbeaks.

The male blue grosbeak is a beautiful bird, being almost entirely deep blue. The female is mostly brown. Both sexes are distinguished by their large, deep bill and double wing bars. These features, as well as the grosbeak’s relatively larger size, distinguish this species from the indigo bunting. Length can range from 14 to 19 cm (5.5 to 7.5 in) and wingspan is from 26 to 29 cm (10 to 11 in). Body mass is typically from 26 to 31.5 g (0.92 to 1.11 oz).

This is a migratory bird, with nesting grounds across most of the southern half of the United States and much of northern Mexico, migrating south to Central America and in very small numbers to northern South America; the southernmost record comes from eastern Ecuador. It eats mostly insects, but it will also eat snails, spiders, seeds, grains, and wild fruits. The blue grosbeak forages on the ground and in shrubs and trees. 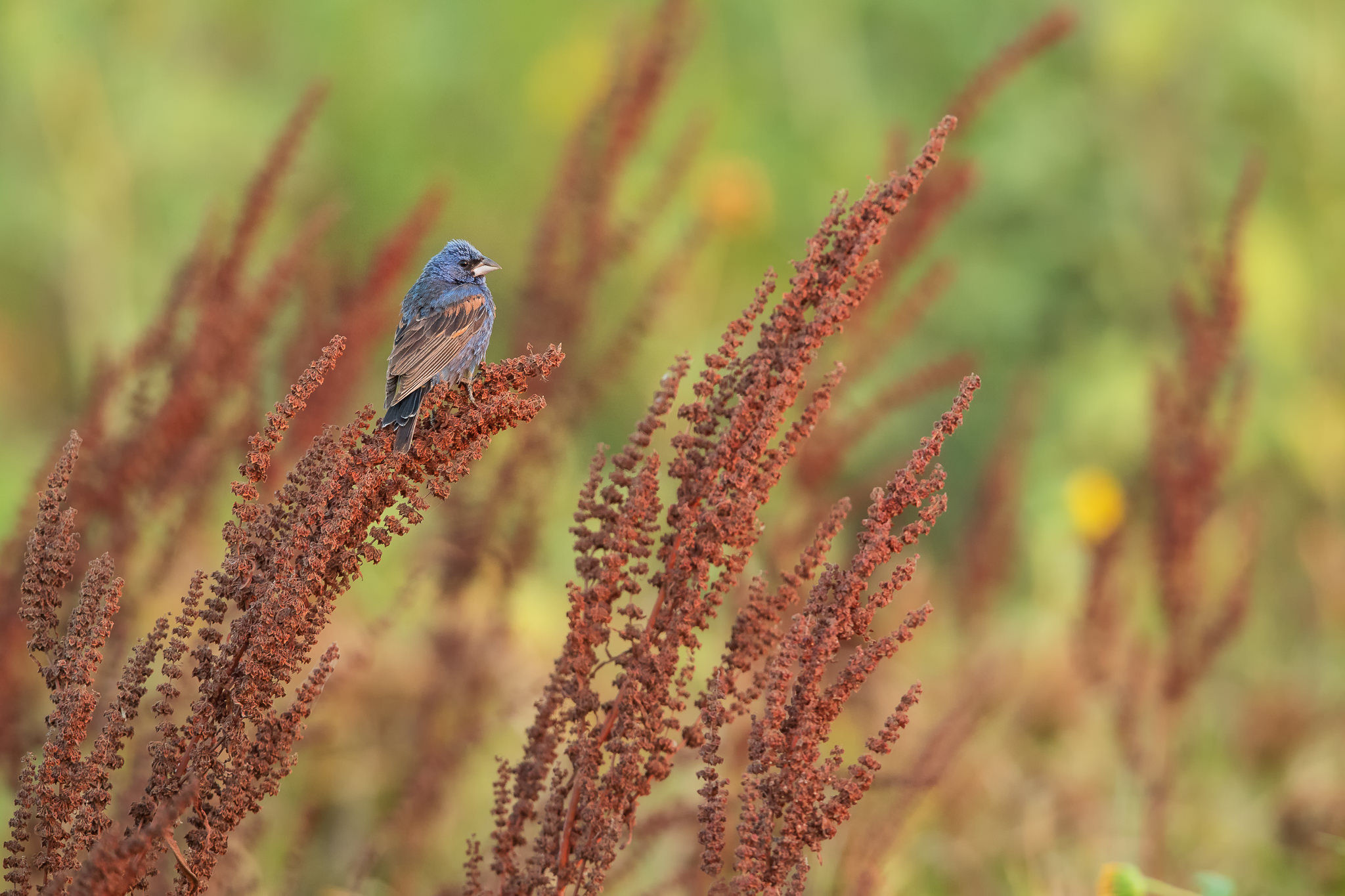 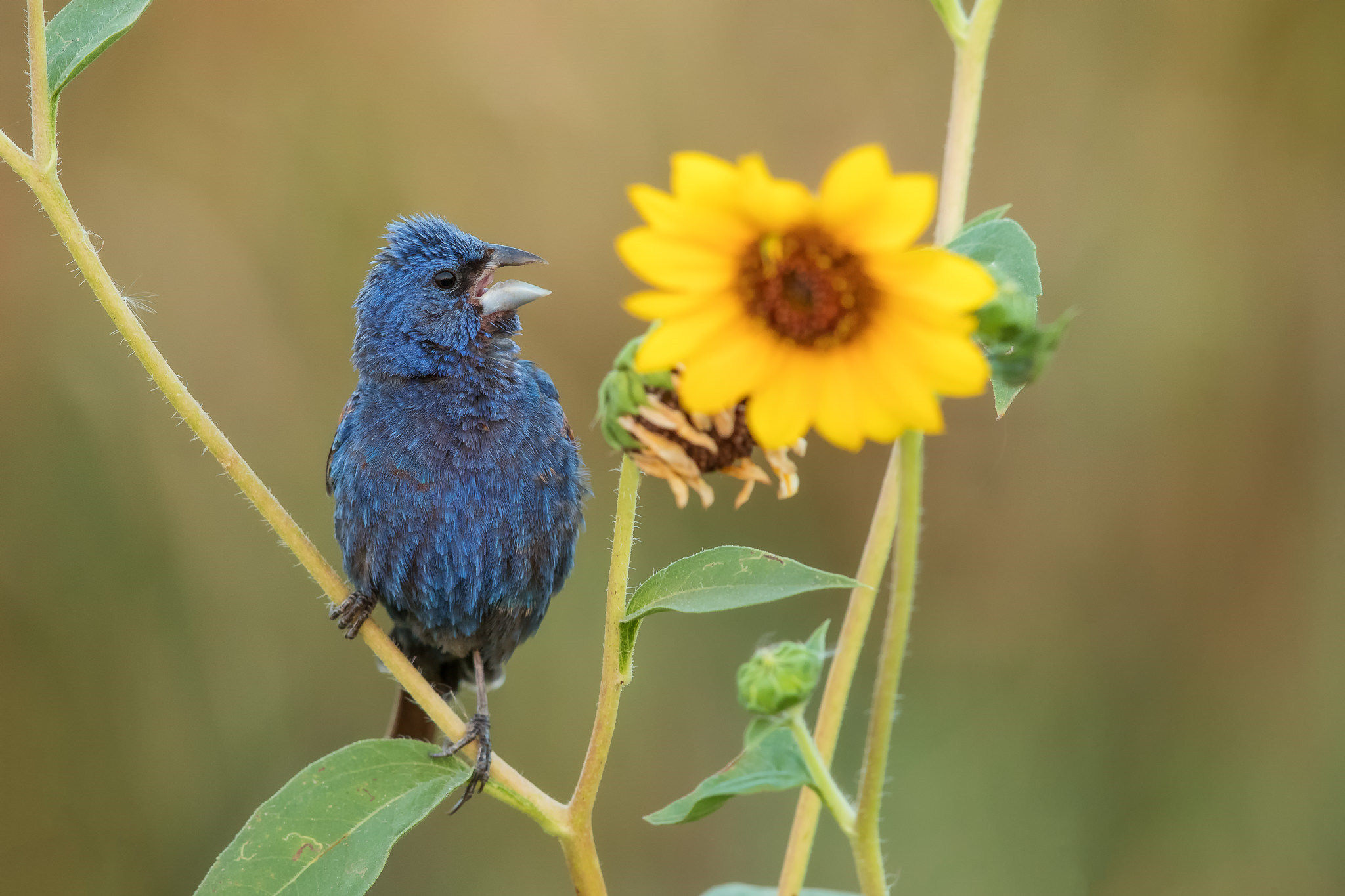 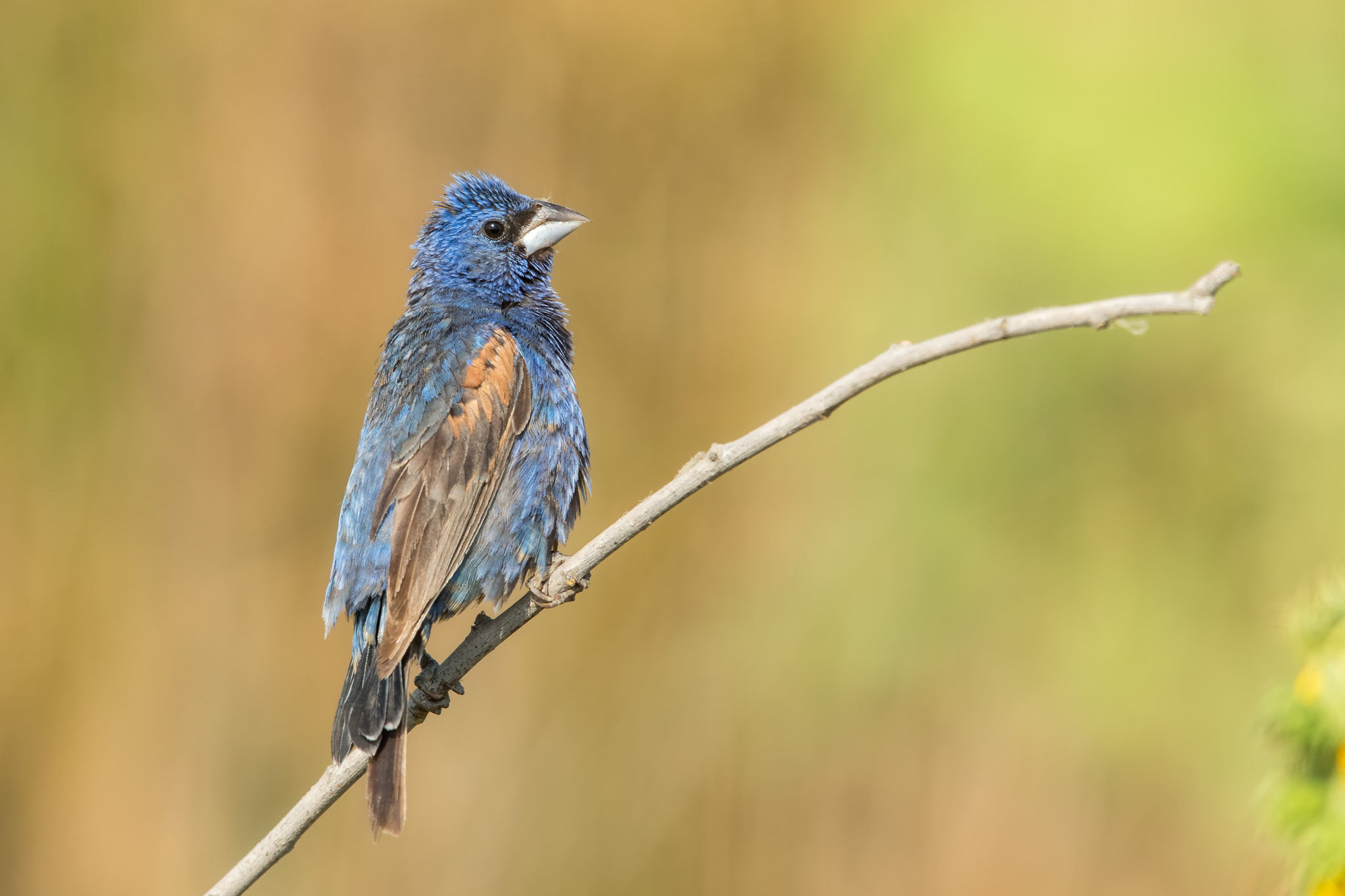 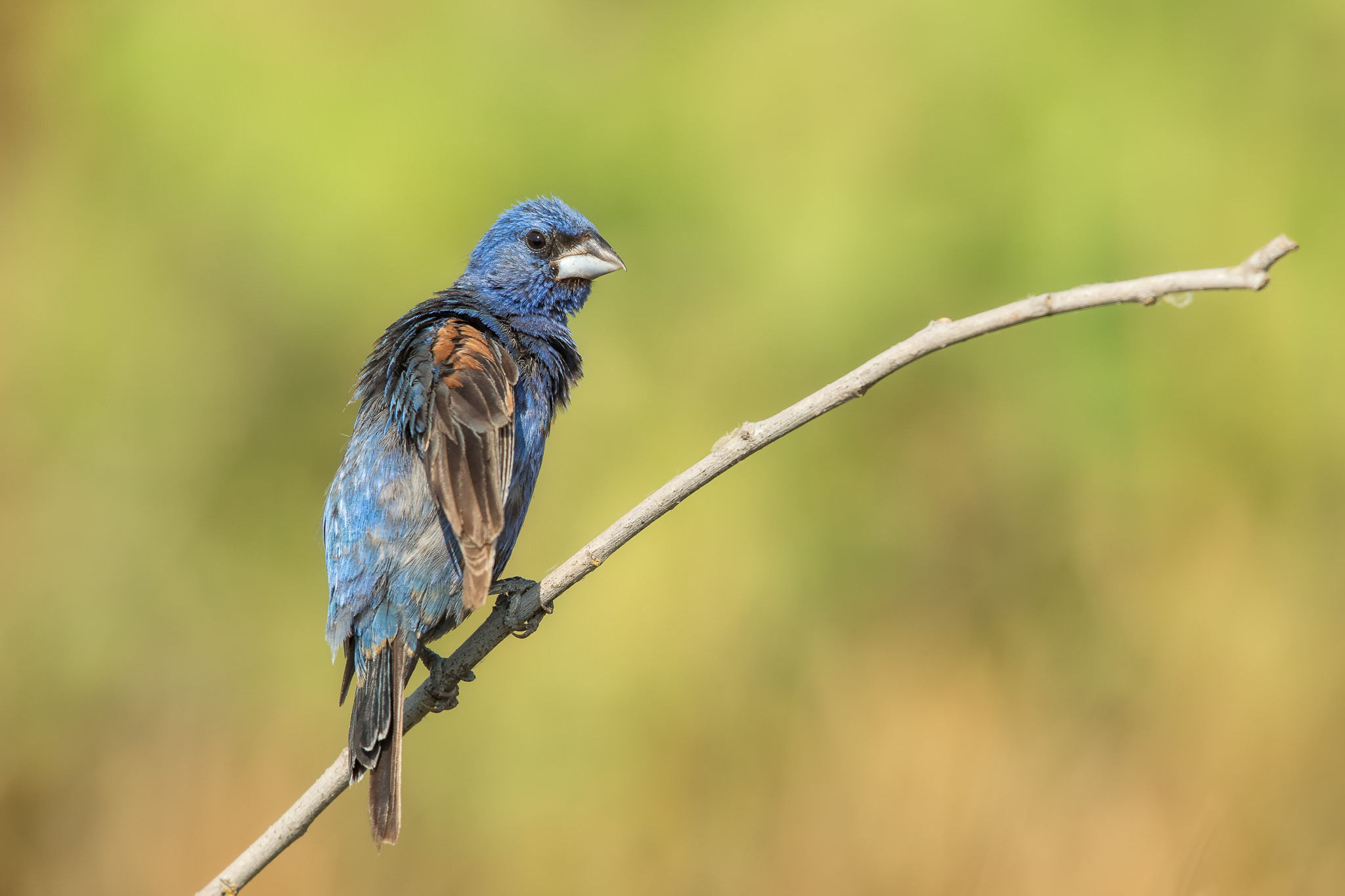 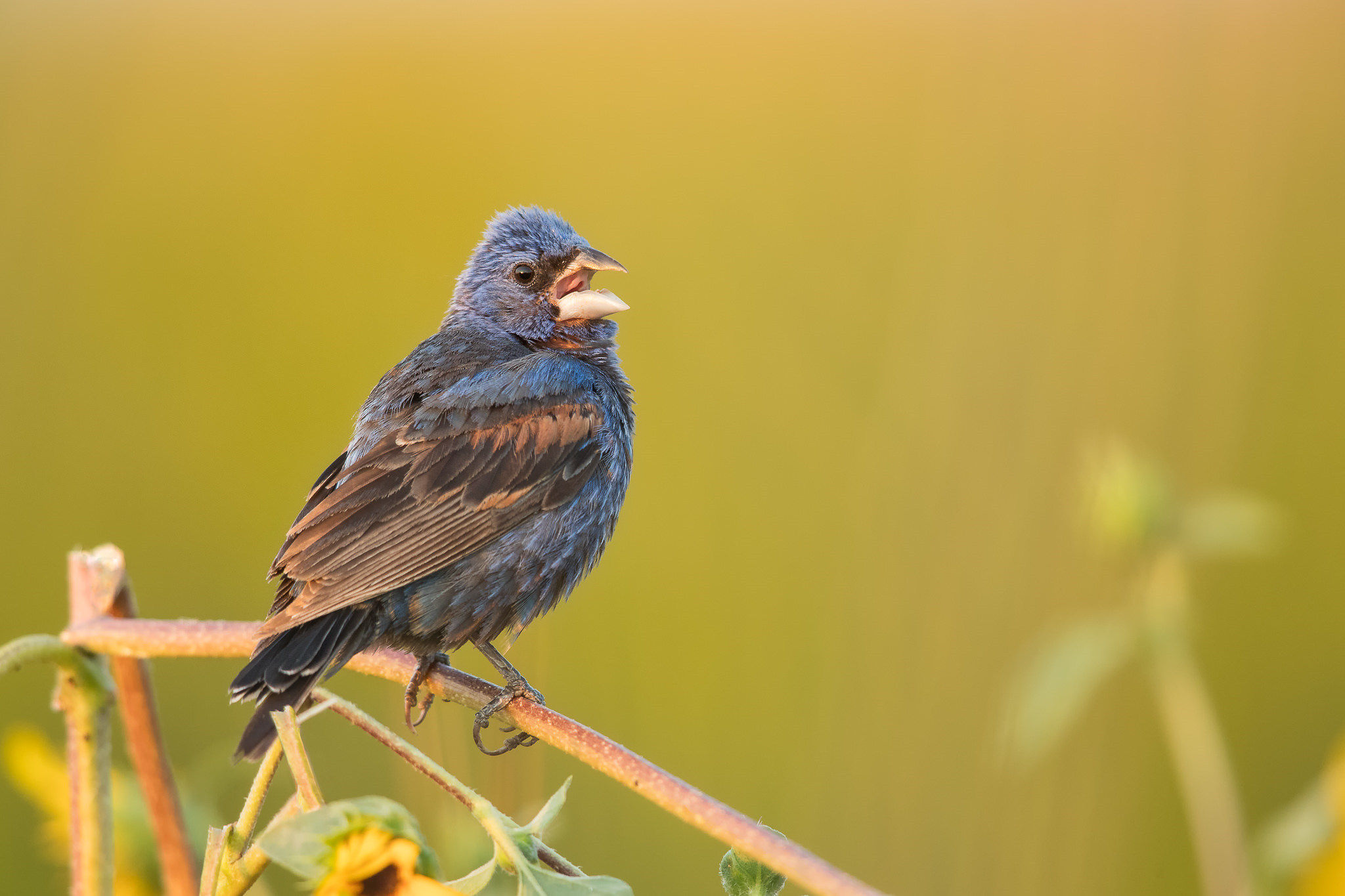 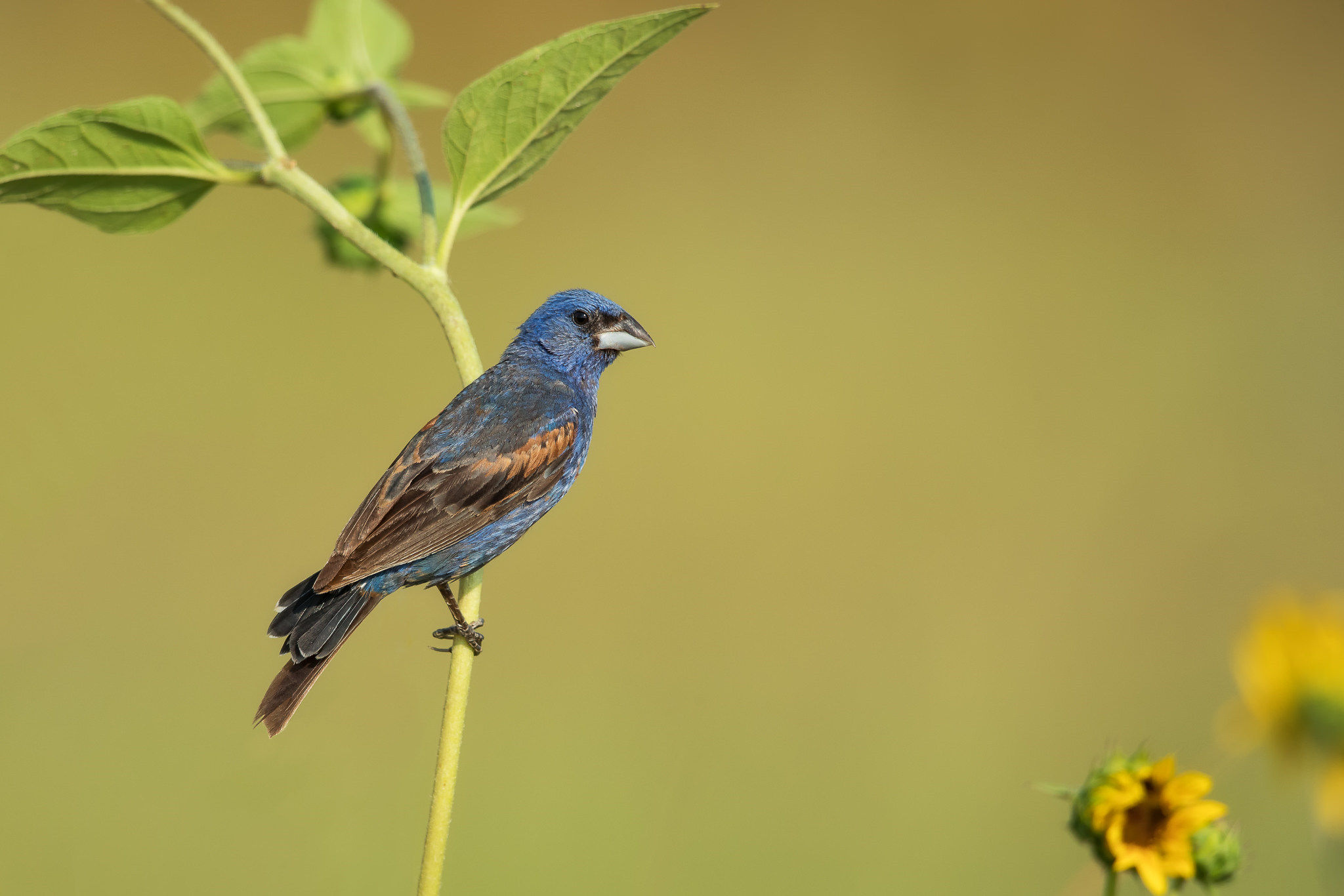 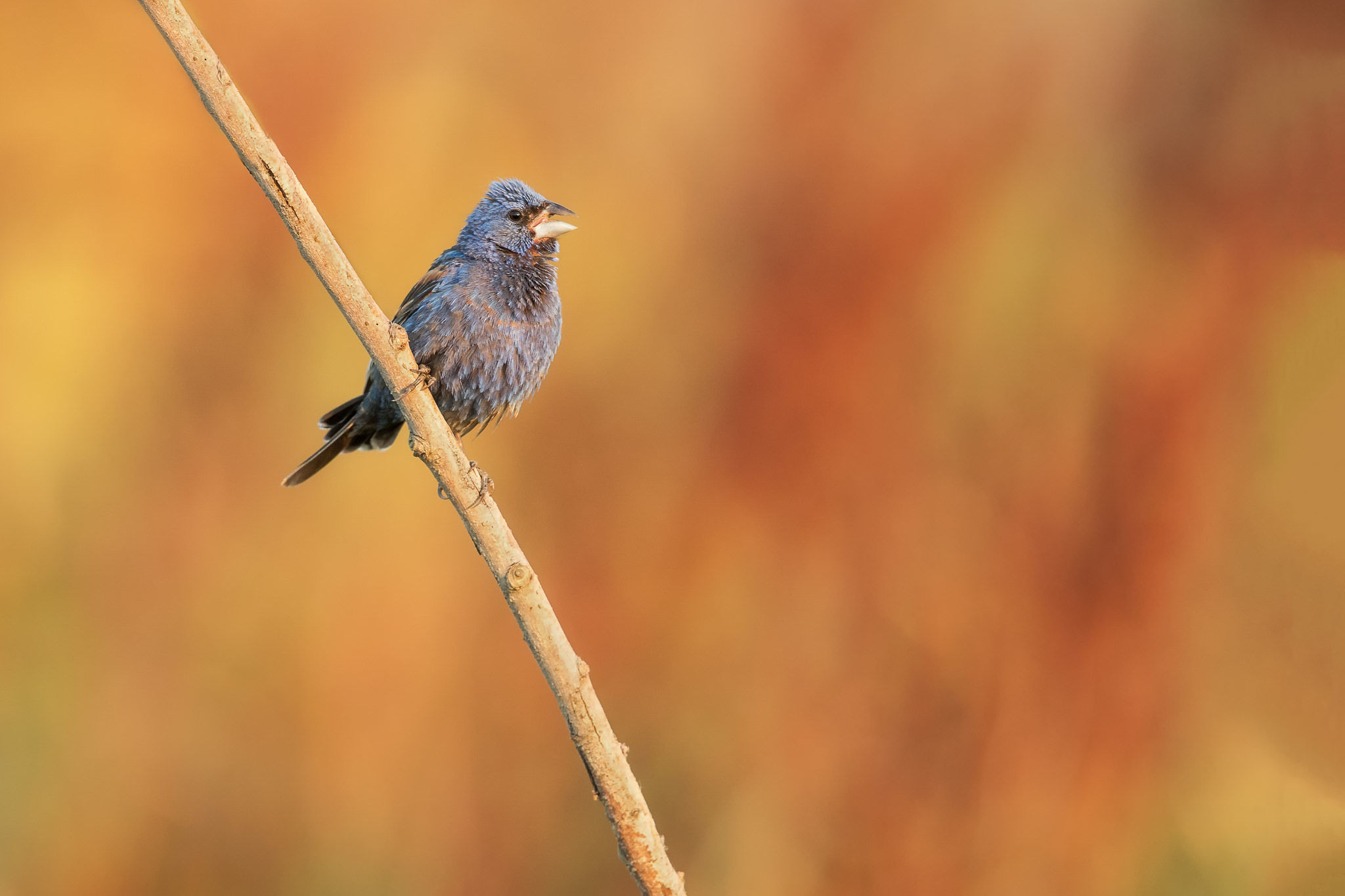 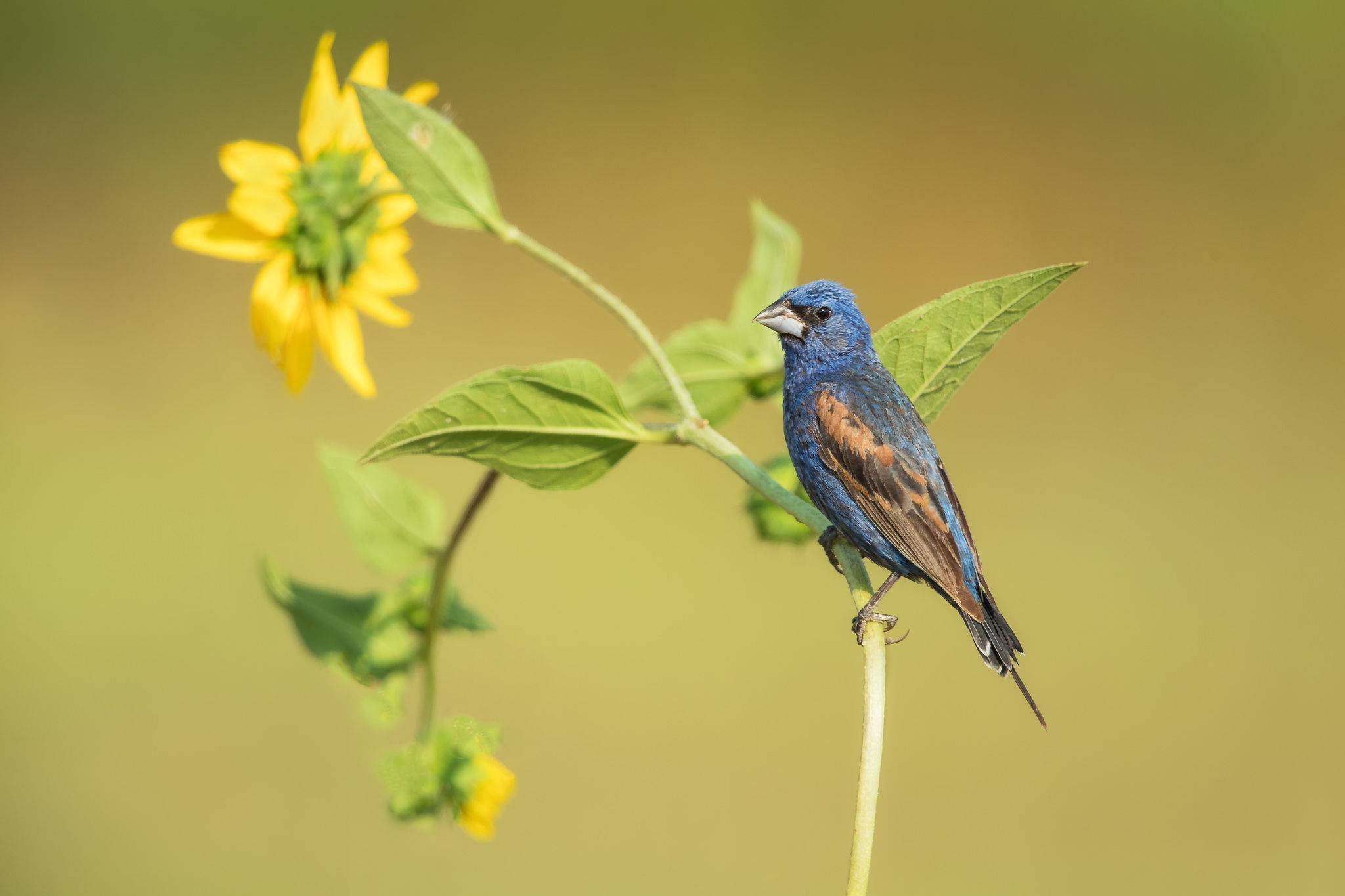