The great egret (Ardea alba), also known as the common egret, large egret or (in the Old World) great white heron, is a large, widely distributed egret. Distributed across most of the tropical and warmer temperate regions of the world, in southern Europe it is rather localized. In North America it is more widely distributed, and it is ubiquitous across the Sun Belt of the United States and in the Neotropics. The Old World population is often referred to as the great white egret. This species is sometimes confused with the great white heron of the Caribbean, which is a white morph of the closely related great blue heron.

The great egret is a large heron with all-white plumage. Standing up to 1 m (3.3 ft) tall, this species can measure 80 to 104 cm (31 to 41 in) in length and have a wingspan of 131 to 170 cm (52 to 67 in).[5][6] Body mass can range from 700 to 1,500 g (1.5 to 3.3 lb), with an average of around 1,000 g (2.2 lb).[7] It is thus only slightly smaller than the great blue or grey heron (A. cinerea). Apart from size, the great egret can be distinguished from other white egrets by its yellow bill and black legs and feet, though the bill may become darker and the lower legs lighter in the breeding season. In breeding plumage, delicate ornamental feathers are borne on the back. Males and females are identical in appearance; juveniles look like non-breeding adults. Differentiated from the intermediate egret (Mesophoyx intermedius) by the gape, which extends well beyond the back of the eye in case of the great egret, but ends just behind the eye in case of the intermediate egret.

It has a slow flight, with its neck retracted. This is characteristic of herons and bitterns, and distinguishes them from storks, cranes, ibises, and spoonbills, which extend their necks in flight.

The great egret is not normally a vocal bird; it gives a low hoarse croak when disturbed, and at breeding colonies, it often gives a loud croaking cuk cuk cuk and higher-pitched squawks. 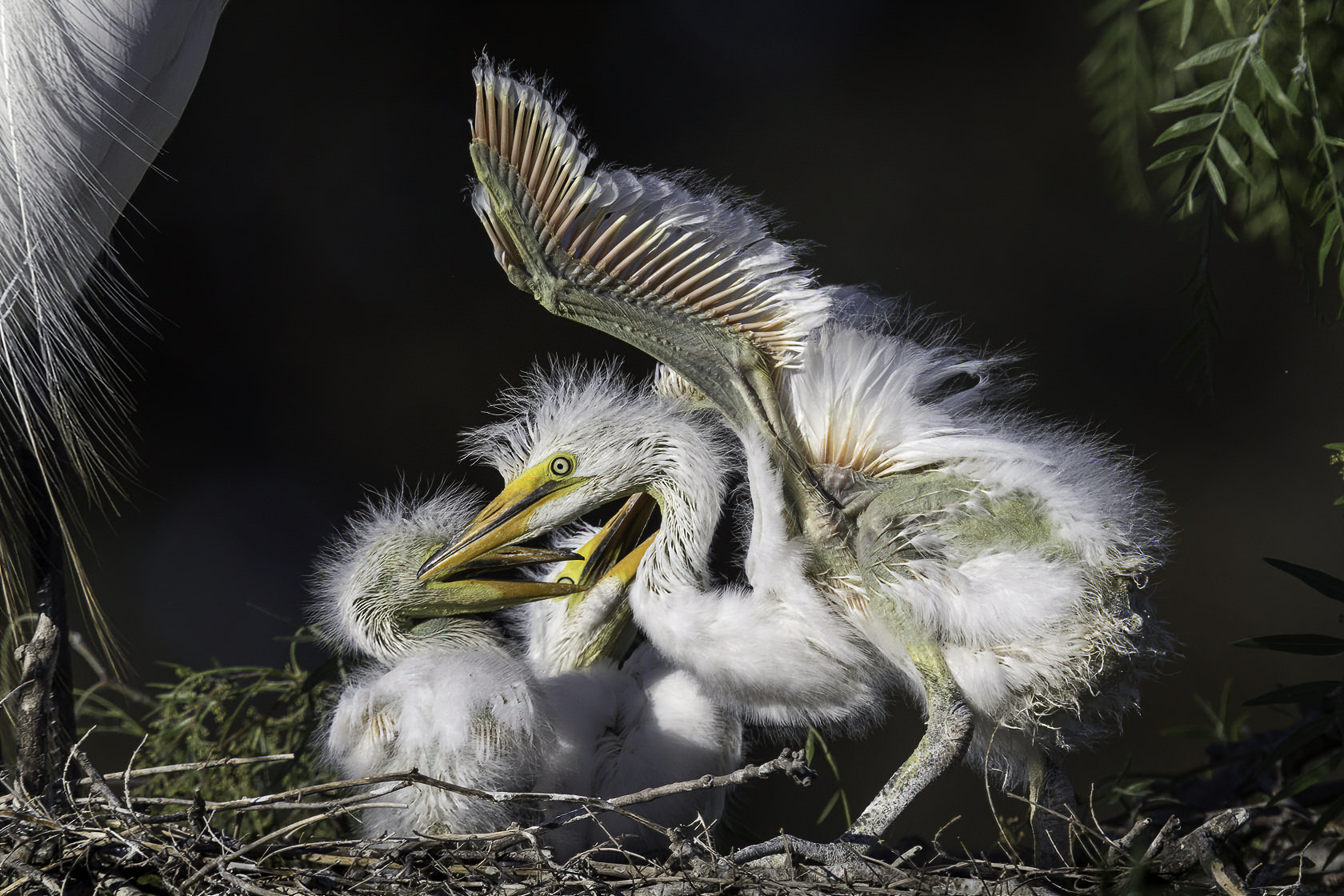 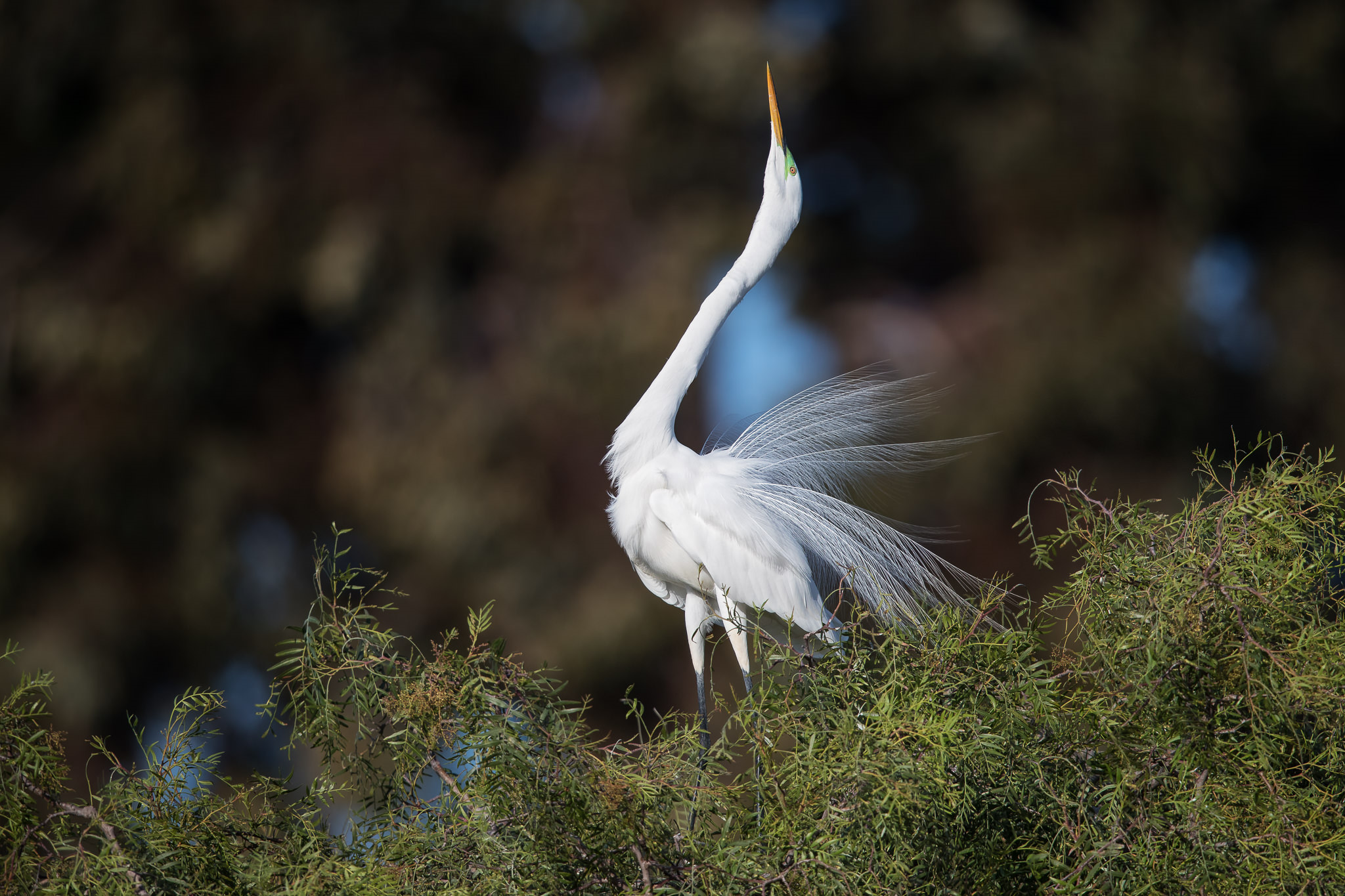 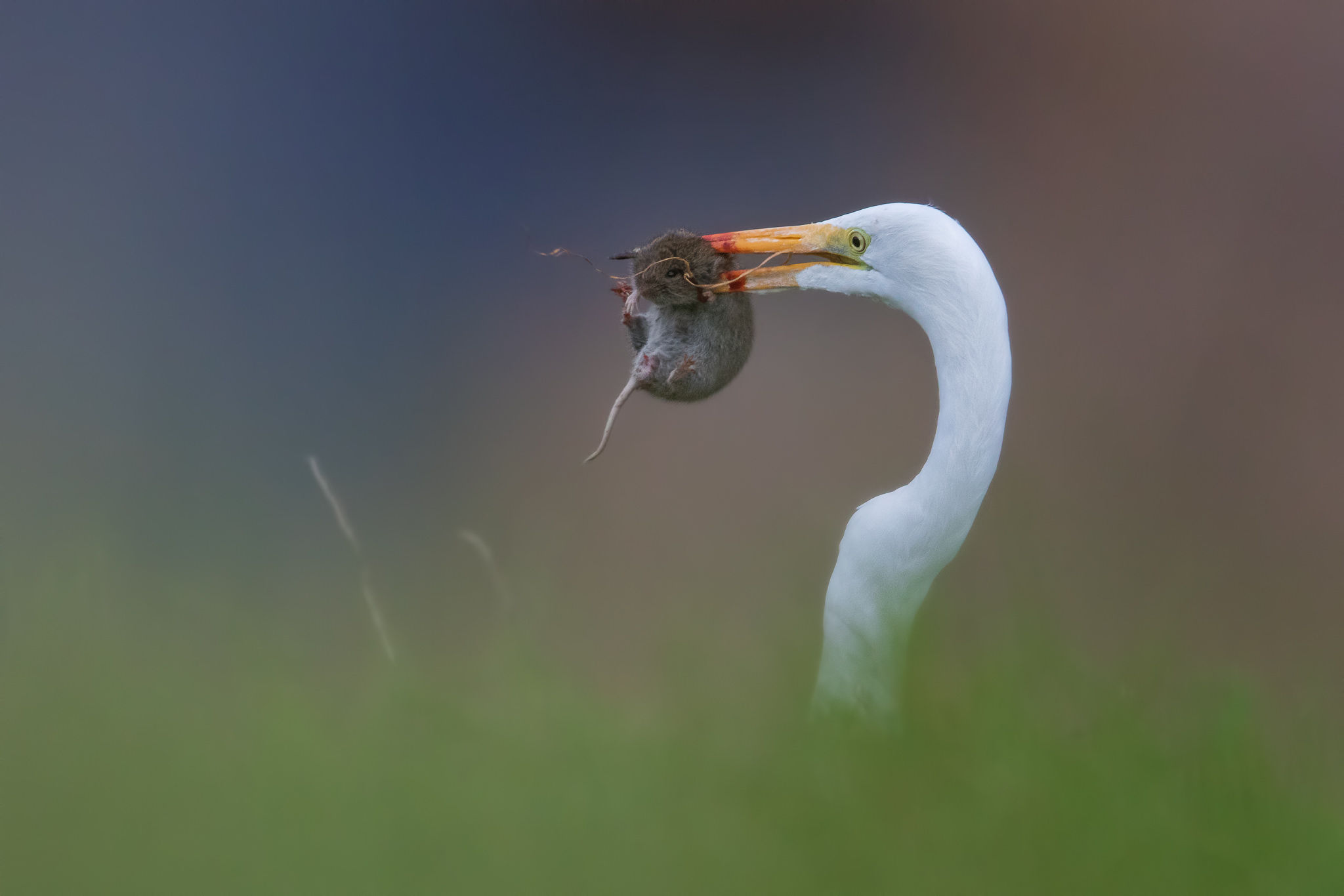 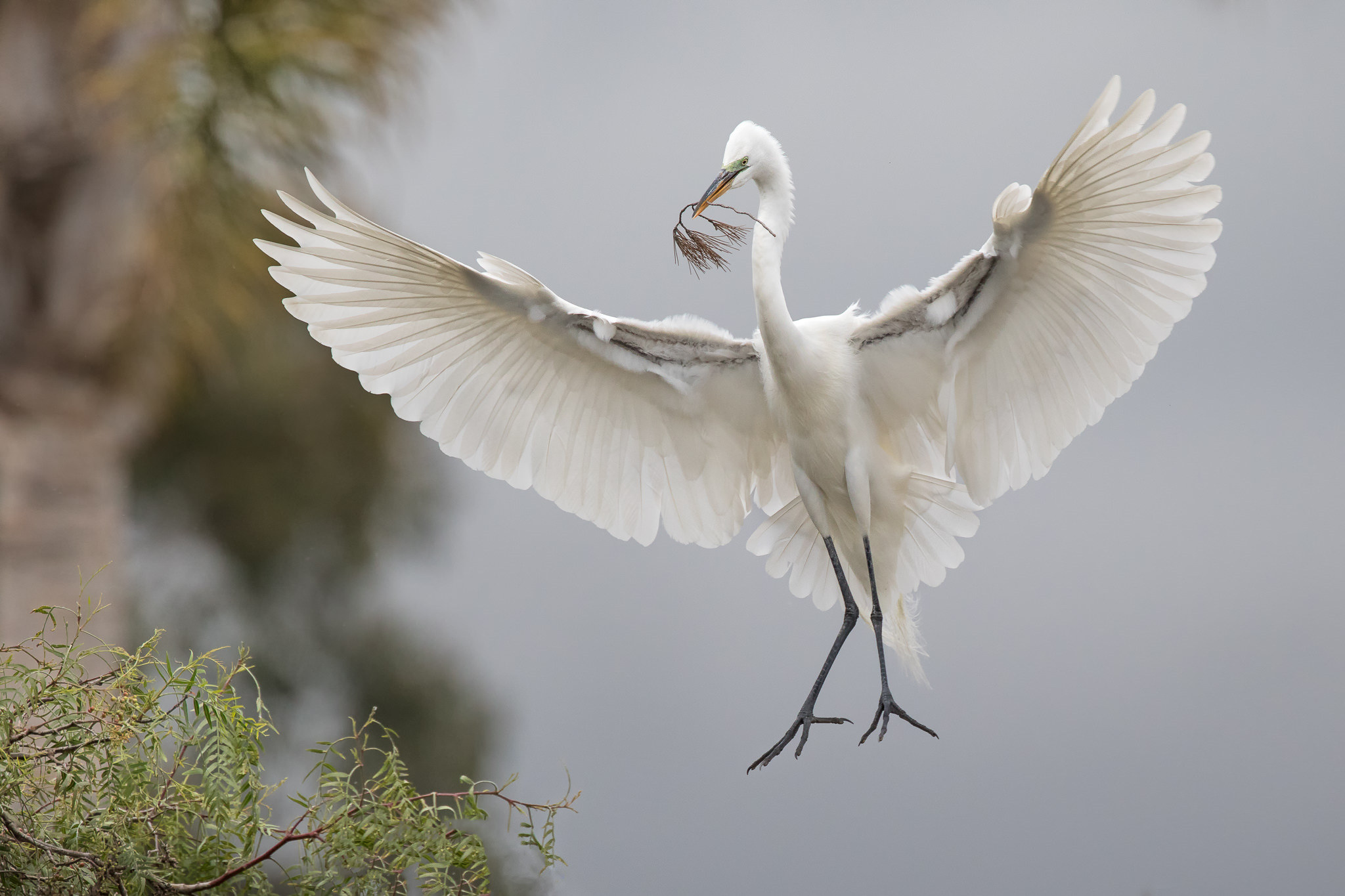 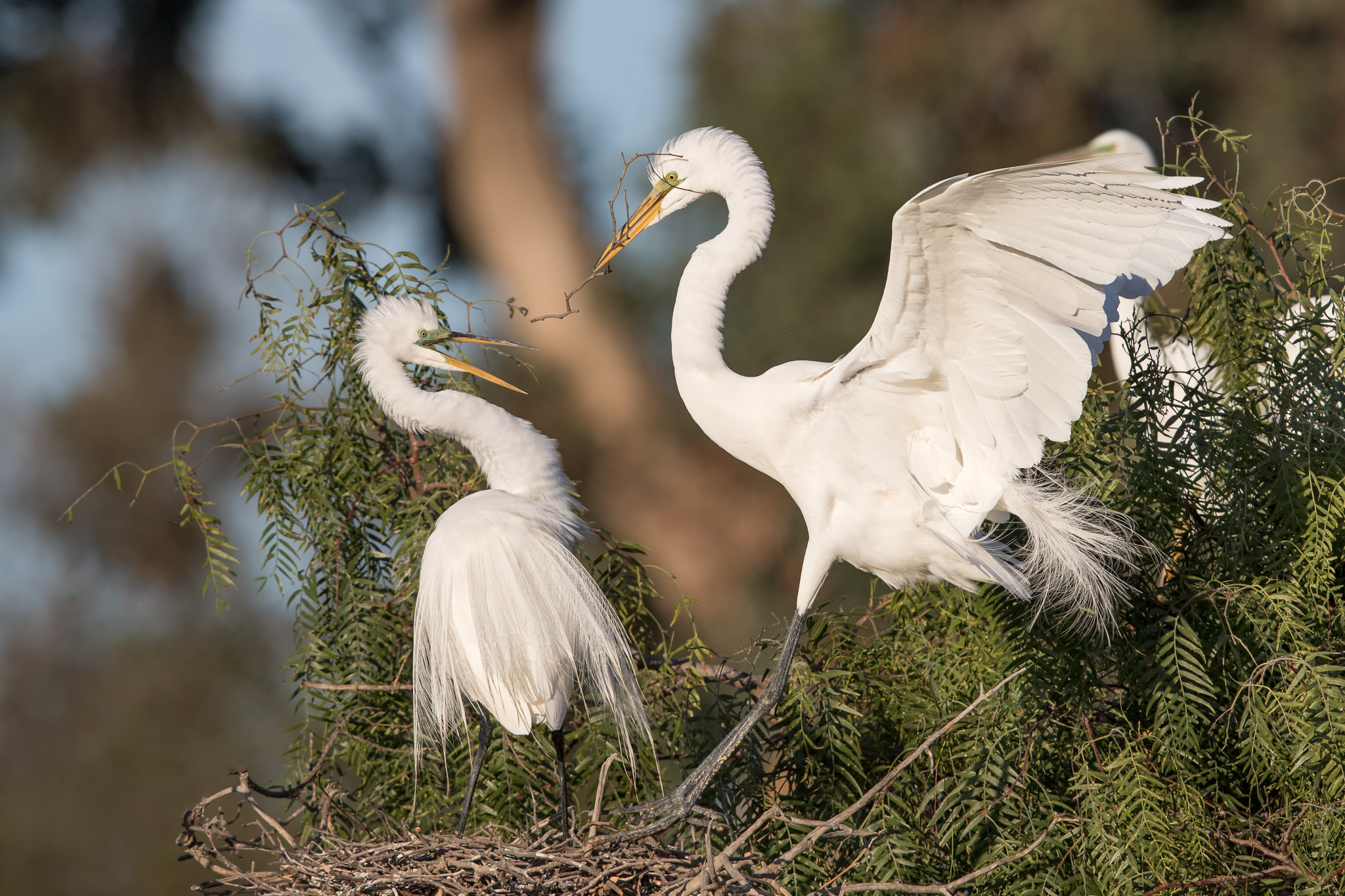 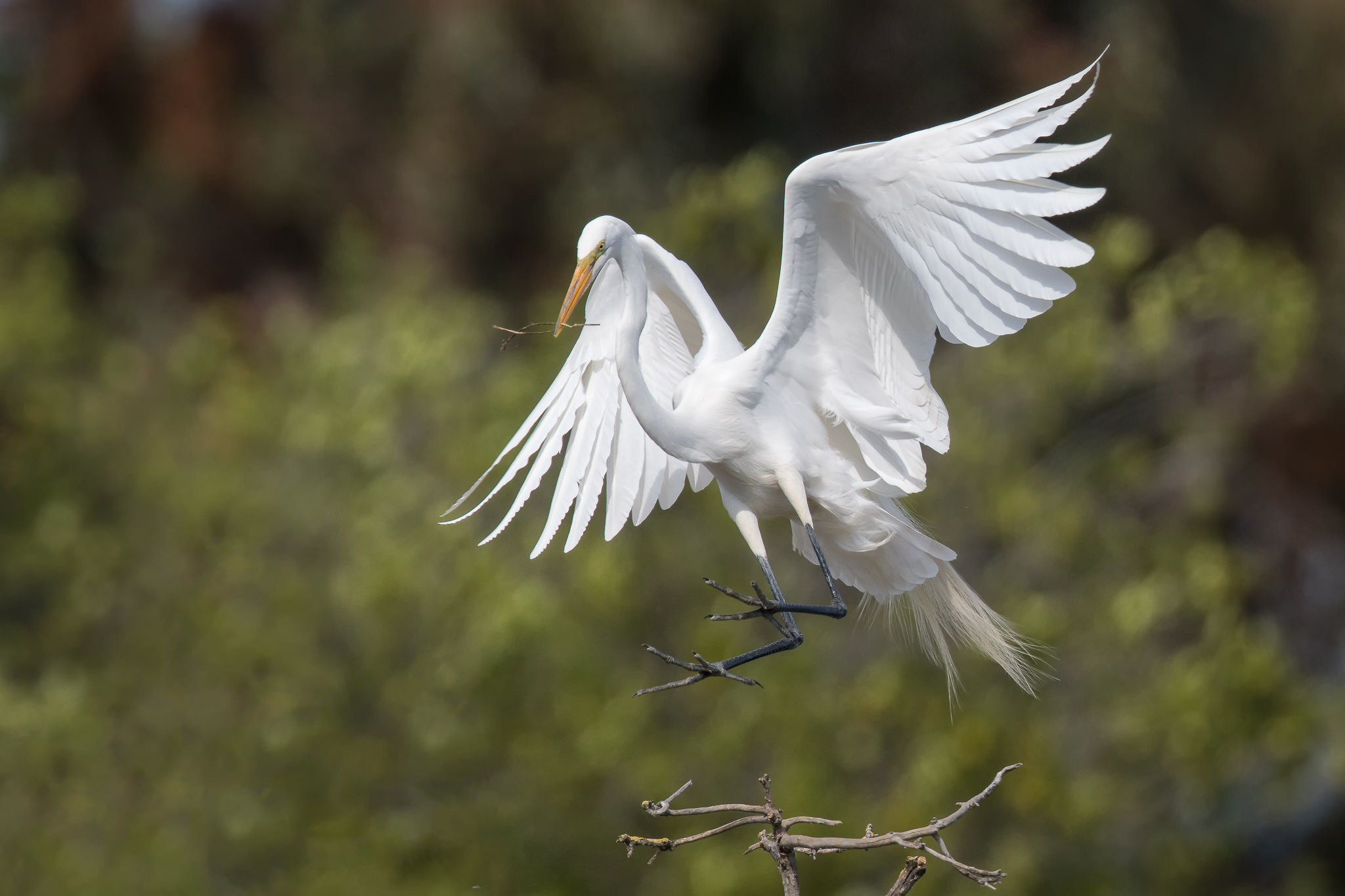