The bananaquit (Coereba flaveola) is a species of passerine bird of uncertain relation. It is tentatively placed in the tanager family, but classified as incertae sedis by other authorities such as the American Ornithologists’ Union. Its classification is debated, and it is often placed in its own family: Coerebidae. It has recently been suggested the bananaquit should be split into three species, but this has yet to receive widespread recognition. This small, active nectarivore is found in warmer parts of the Americas, and is generally common. 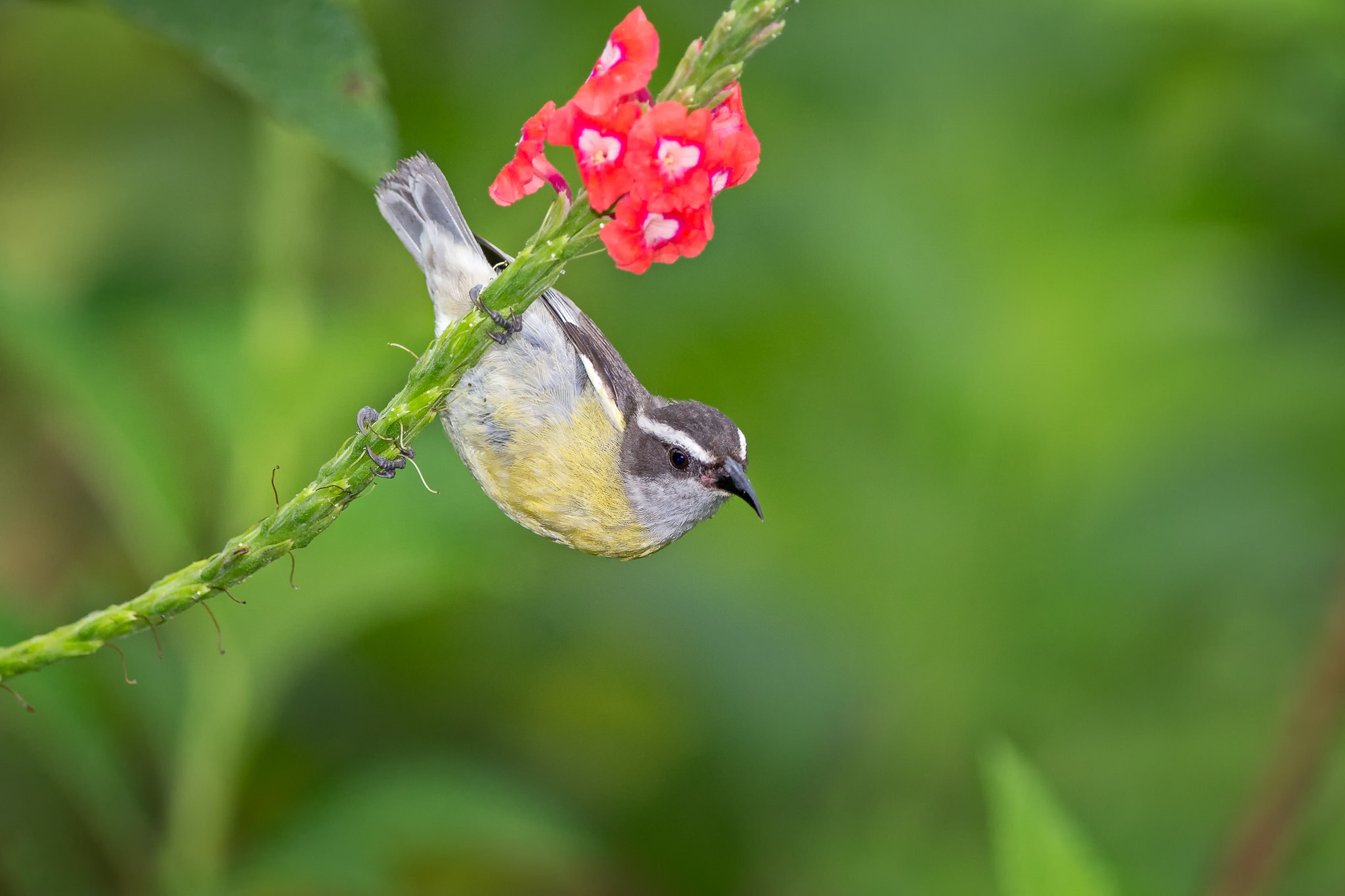