The red-breasted sapsucker (Sphyrapicus ruber), is a medium-sized woodpecker of the forests of the west coast of North America.

Adults have a red head and upper chest; they have a white lower belly and rump. They are black on the back and wings with bars; they have a large white wing patch. Red-breasted sapsuckers nest in tree cavities. Northern birds migrate to the southern parts of the range; birds on the coast are often permanent residents. Like other sapsuckers, these birds drill holes in trees and eat the sap as well as insects attracted to it. They sometimes catch insects in flight; they also eat seeds and berries. These birds interbreed with the red-naped sapsucker or yellow-bellied sapsucker where their ranges overlap.

Red-breasted sapsuckers breed from southeast Alaska and British Columbia south through the Pacific Coast Ranges of western Washington and Oregon and northern California. The breeding habitat is usually forest that includes pine, hemlock, Douglas-fir, fir, and spruce, though they are known to use other woodland habitats.

A sapsucker’s tongue is adapted with stiff hairs for collecting the sap. Red-breasted sapsuckers visit the same tree multiple times, drilling holes in neat horizontal rows. A bird will leave and come back later, when the sap has started flowing from the holes. Repeated visits over an extended period of time can actually kill the tree. The insects attracted to the sap are also consumed, and not only by sapsuckers. Rufous hummingbirds, for example, have been observed to follow the movements of sapsuckers and take advantage of this food source. 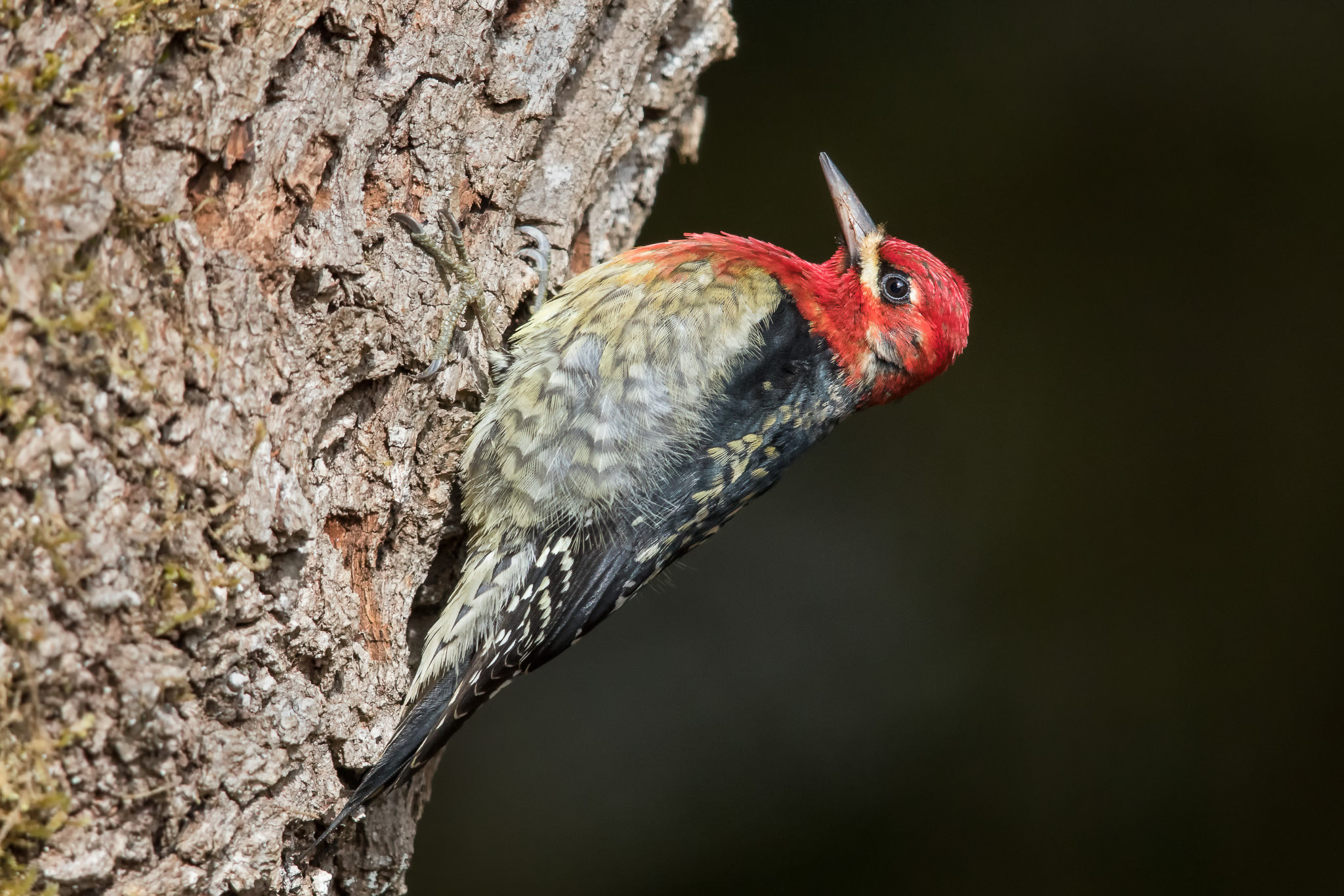 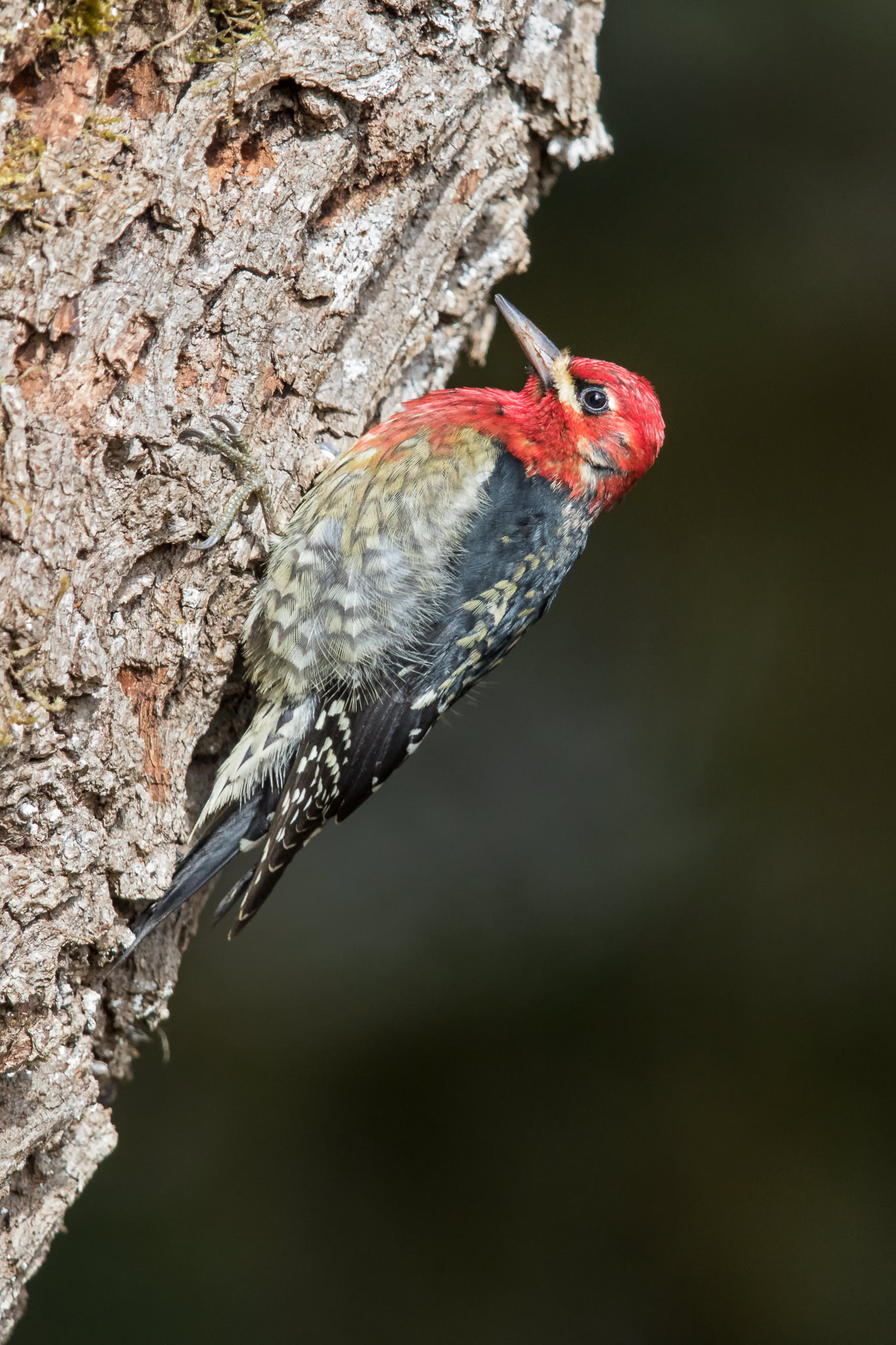 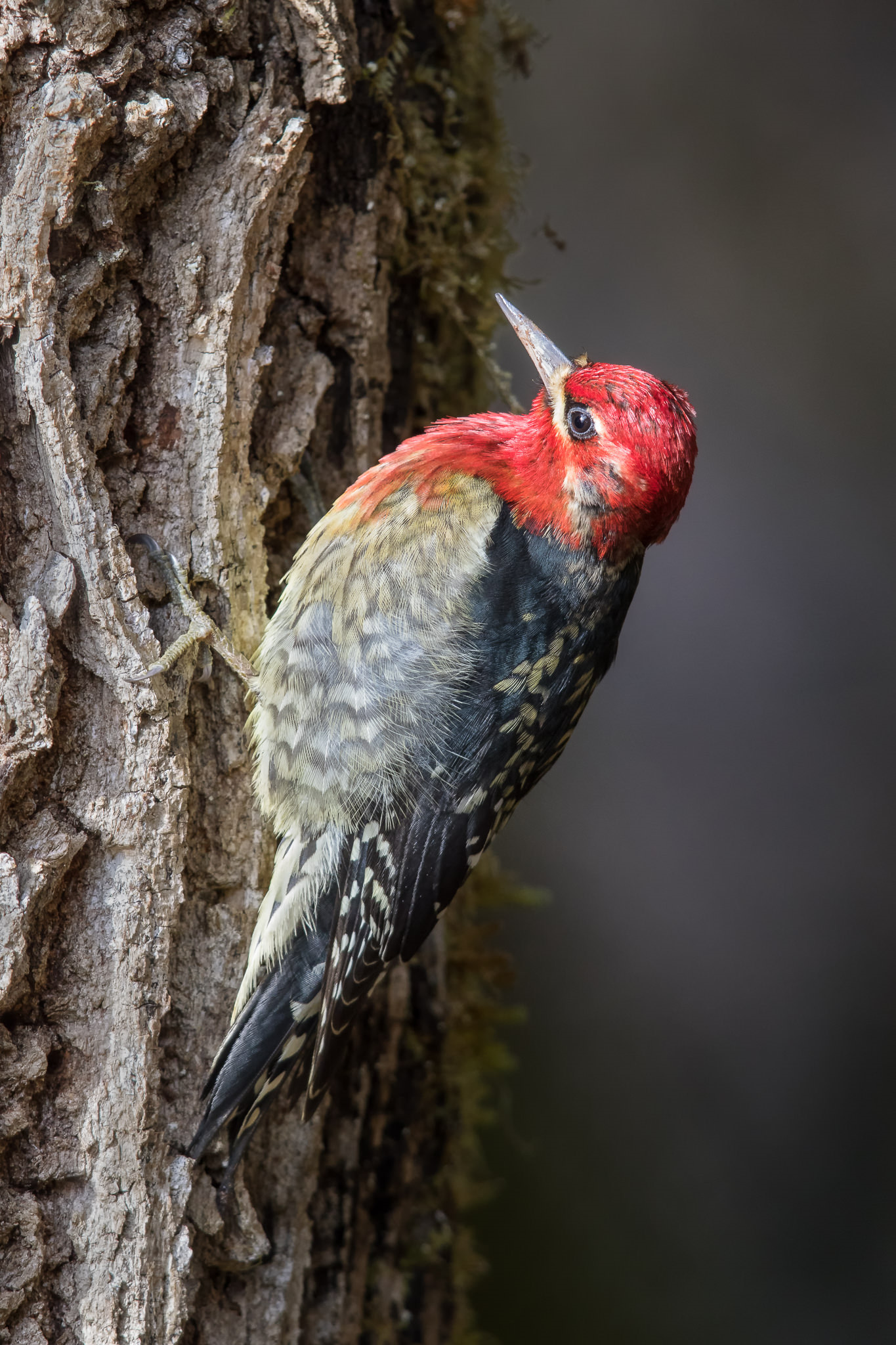