The red-capped manakin (Ceratopipra mentalis) is a species of bird in the Pipridae family. It is found in Belize, Colombia, Costa Rica, Ecuador, Guatemala, Honduras, Mexico, Nicaragua, Peru and Panama. Its natural habitat is subtropical or tropical moist lowland forests.

The bird is probably best known for the male’s unusual courting method whereby it shuffles rapidly backwards across a branch, akin to a speedy moonwalk.

The placement is disputed among taxonomists, with some including it in Pipra and others placing it in its own genus, Ceratopipra.) It is closely related to, and in eastern Panama sometimes hybridizes with, the golden-headed manakin.

The red-capped manakin is a small passerine, measuring 4 in (10 cm) in length and weighing 16 g (0.56 oz). The male is velvety black apart from a bright red head and nape, bright yellow thighs, and a pale yellow chin and wing linings. The female is olive green above, with paler, more yellow-green underparts. Both sexes have dull brown legs. The male’s irides are white, while those of the female and young are brown.

Found primarily in humid forest and second growth woodland, the red-capped manakin typically occurs below 400–500 m (1,300–1,600 ft) above sea level, though it sometimes ranges as high as 900 m (3,000 ft). Most are resident, but some individuals are known to migrate to take advantage of changing food resources: the number of red-capped manakins caught in mist nets at La Selva Biological Reserve, in eastern Costa Rica, tripled in January and February, when a favored fruit ripened, for example, while the number caught at a nearby higher elevation site (where the fruits were not found) dropped to zero. 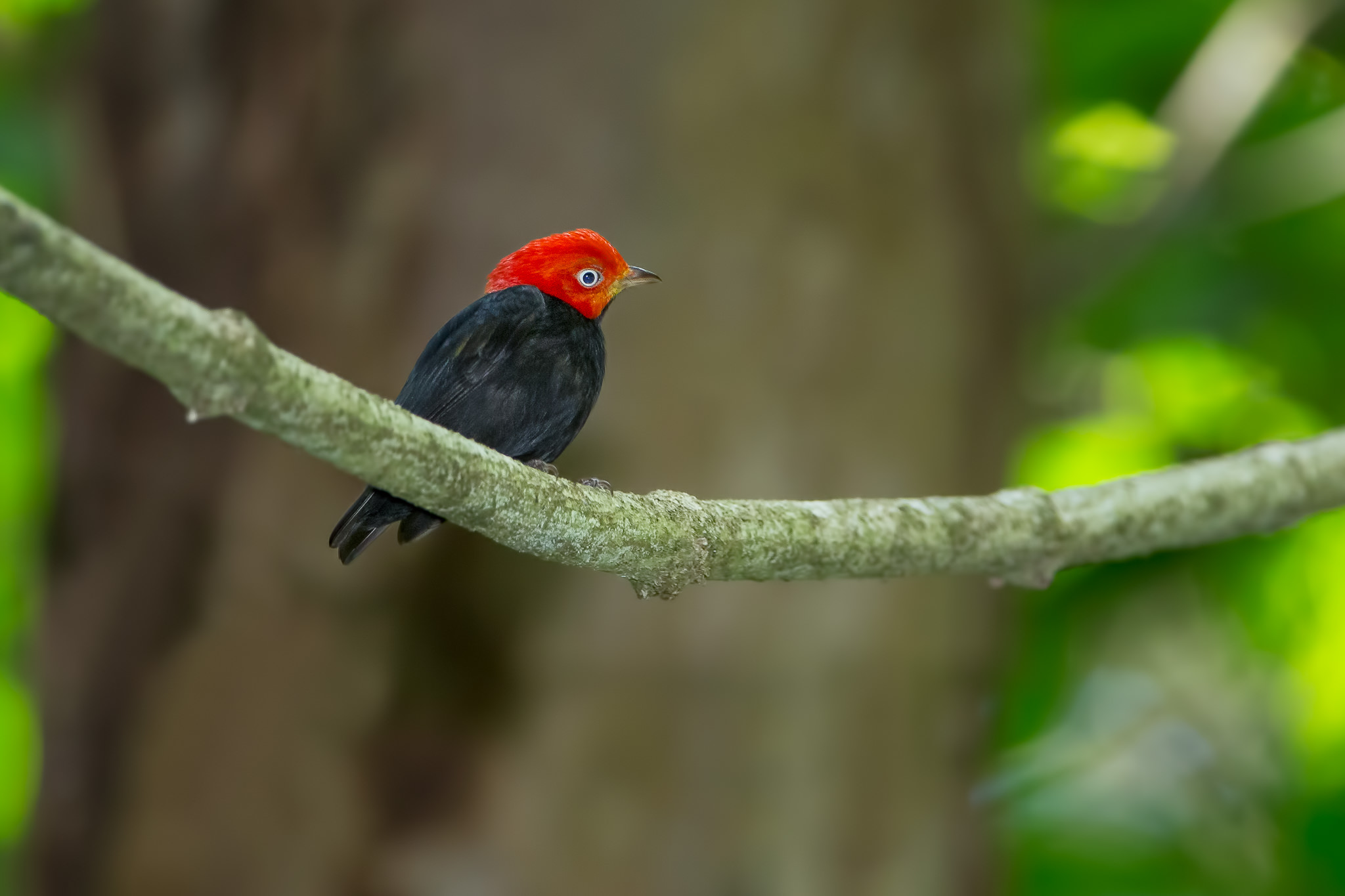