Bulbuls are a family, Pycnonotidae, of medium-sized passerine songbirds. Many forest species are known as greenbuls, brownbuls, leafloves, or bristlebills. The family is distributed across most of Africa and into the Middle East, tropical Asia to Indonesia, and north as far as Japan. A few insular species occur on the tropical islands of the Indian Ocean There are about 130 species in around 24 genera. While some species are found in most habitats, overall African species are predominantly found in rainforest whilst rainforest species are rare in Asia, instead preferring more open areas.

The word bulbul derives from Persian: بلبل‎, meaning nightingale, but in English, bulbul refers to passerine birds of a different family.

Bulbuls are short-necked slender passerines. The tails are long and the wings short and rounded. In almost all species the bill is slightly elongated and slightly hooked at the end. They vary in length from 13 cm for the tiny greenbul to 29 cm in the straw-headed bulbul. Overall the sexes are alike, although the females tend to be slightly smaller. In a few species the differences are so great that they have been described as functionally different species. The soft plumage of some species is colourful with yellow, red or orange vents, cheeks, throat or supercilia, but most are drab, with uniform olive-brown to black plumage. Species with dull coloured eyes often sport contrasting eyerings. Some have very distinct crests. Bulbuls are highly vocal, with the calls of most species being described as nasal or gravelly. One author described the song of the brown-eared bulbul as “the most unattractive noises made by any bird”. 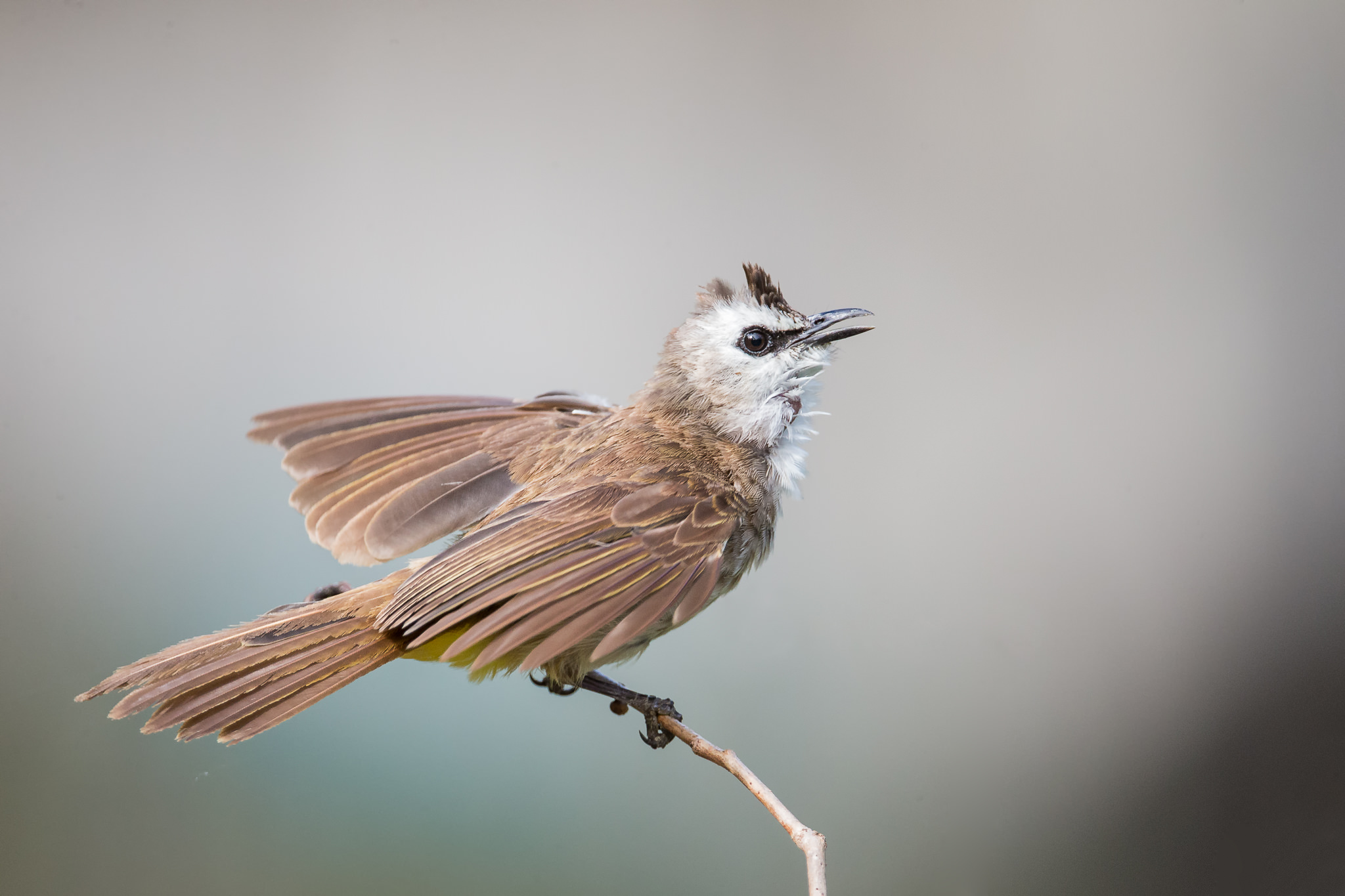 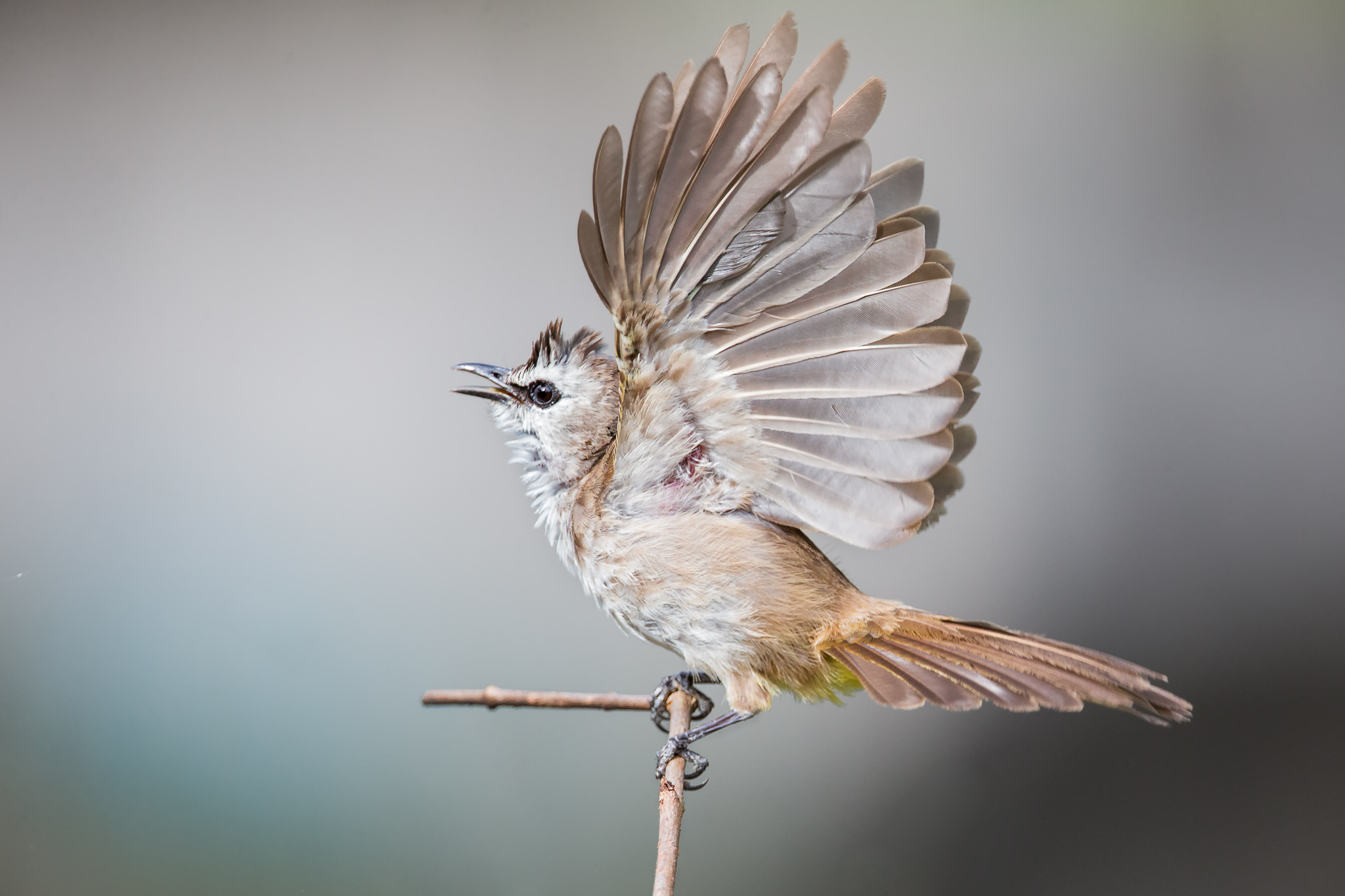 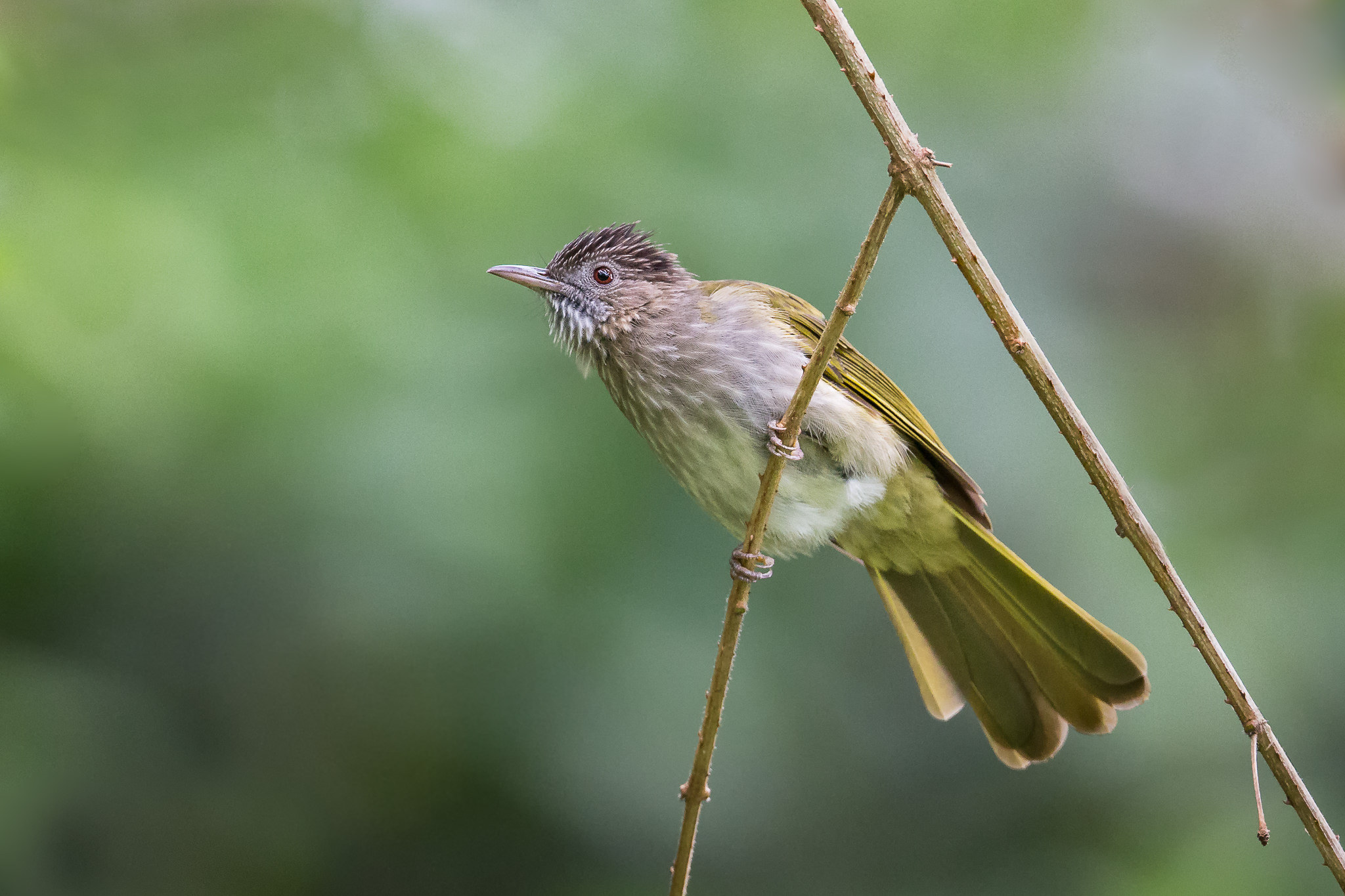 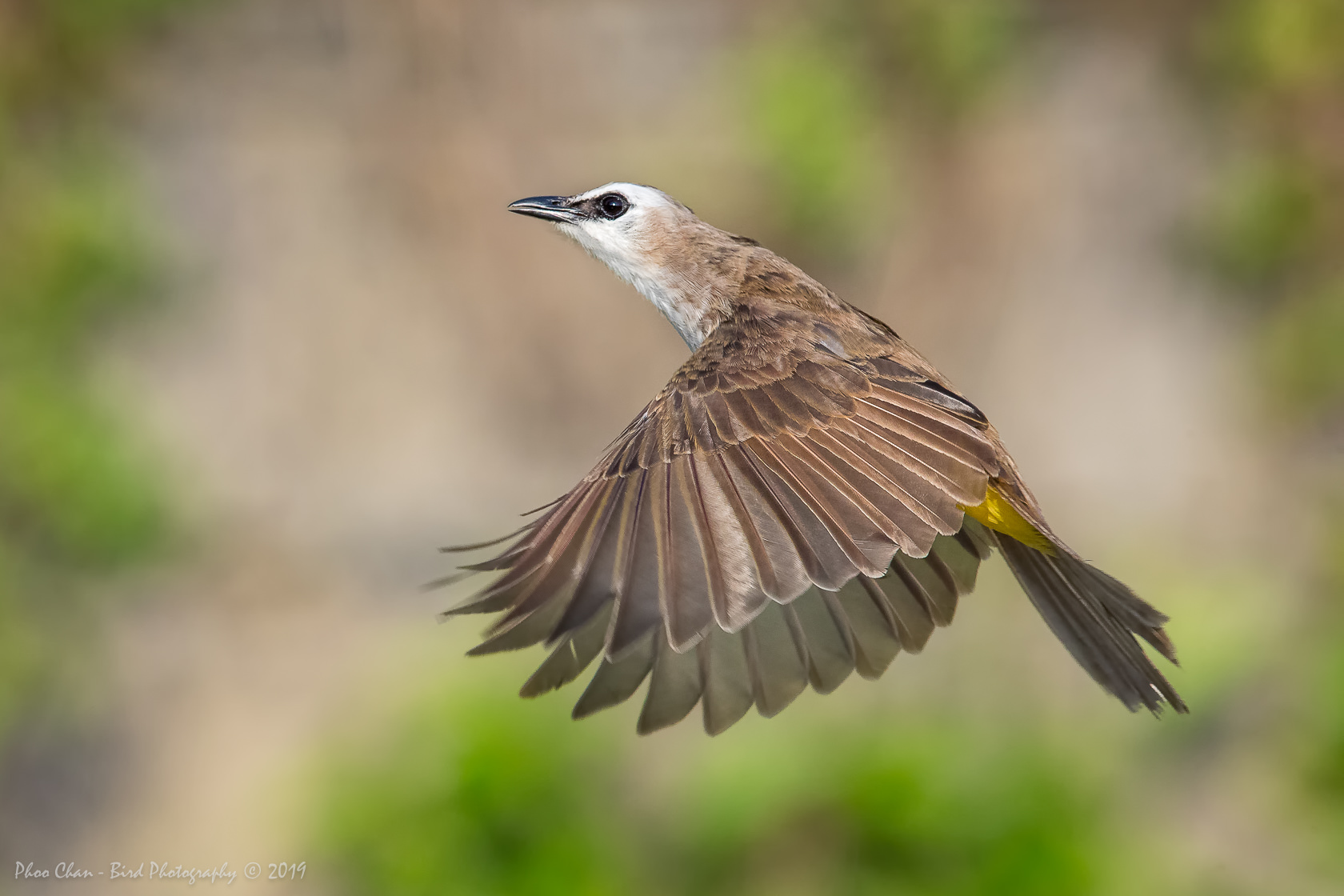 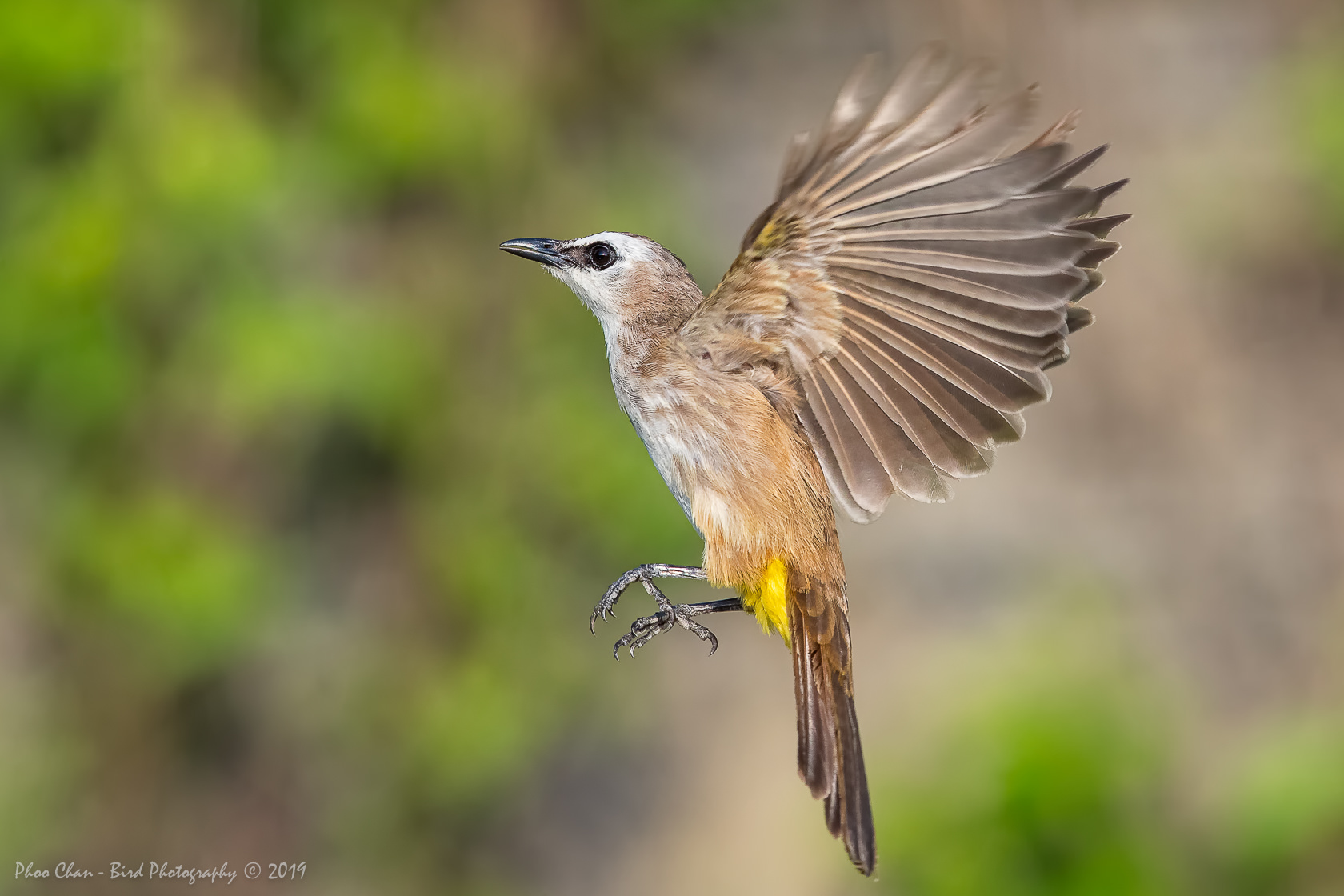