The pied kingfisher (Ceryle rudis) is a water kingfisher and is found widely distributed across Africa and Asia. Its black and white plumage, crest and the habit of hovering over clear lakes and rivers before diving for fish makes it distinctive. Males have a double band across the breast while females have a single gorget that is often broken in the middle. They are usually found in pairs or small family parties. When perched, they often bob their head and flick up their tail.

This kingfisher is about 17 cm long and is white with a black mask, a white supercilium and black breast bands. The crest is neat and the upperparts are barred in black. Several subspecies are recognized within the broad distribution. The nominate race is found in sub-Saharan Africa, extending into West Asia. A former subspecies syriaca is considered as merely a larger northern bird of the nominate species (following Bergmann’s rule). Subspecies leucomelanura is found from Afghanistan east into India, Sri Lanka, Thailand and Laos. The subspecies travancoreensis of the Western Ghats is darker with the white reduced. Subspecies C. r. insignis is found in Hainan and southeastern China and has a much larger bill. Males have a narrow second breast-band while females have a single broken breast band.

It is common throughout sub-Saharan Africa and southern Asia from Turkey to India to China. It is resident, and most birds do not migrate, other than short-distance seasonal movements. In India it is distributed mainly on the plains and is replaced in the higher hills of the Himalayas by Megaceryle lugubris.

The pied kingfisher is estimated to be the world’s third most common kingfisher, and being a noisy bird, hard to miss.

This kingfisher feeds mainly on fish, although it will take crustaceans and large aquatic insects such as dragonfly larvae. It usually hunts by hovering over the water to detect prey and diving vertically down bill-first to capture fish. When not foraging, they have a straight rapid flight and have been observed flying at nearly 50 km/h In Lake Victoria in East Africa the introduction of the Nile perch reduced the availability of haplochromine cichlids which were formerly the preferred prey of these birds.

They can deal with prey without returning to a perch, often swallowing small prey in flight, and so can hunt over large water bodies or in estuaries that lack perches that are required by other kingfishers. Unlike some kingfishers, it is quite gregarious, and forms large roosts at night. When perched, the often bob their heads up and down and will sometimes raise their tail and flick it downwards. They call often with sharp chirruk chirruk notes. 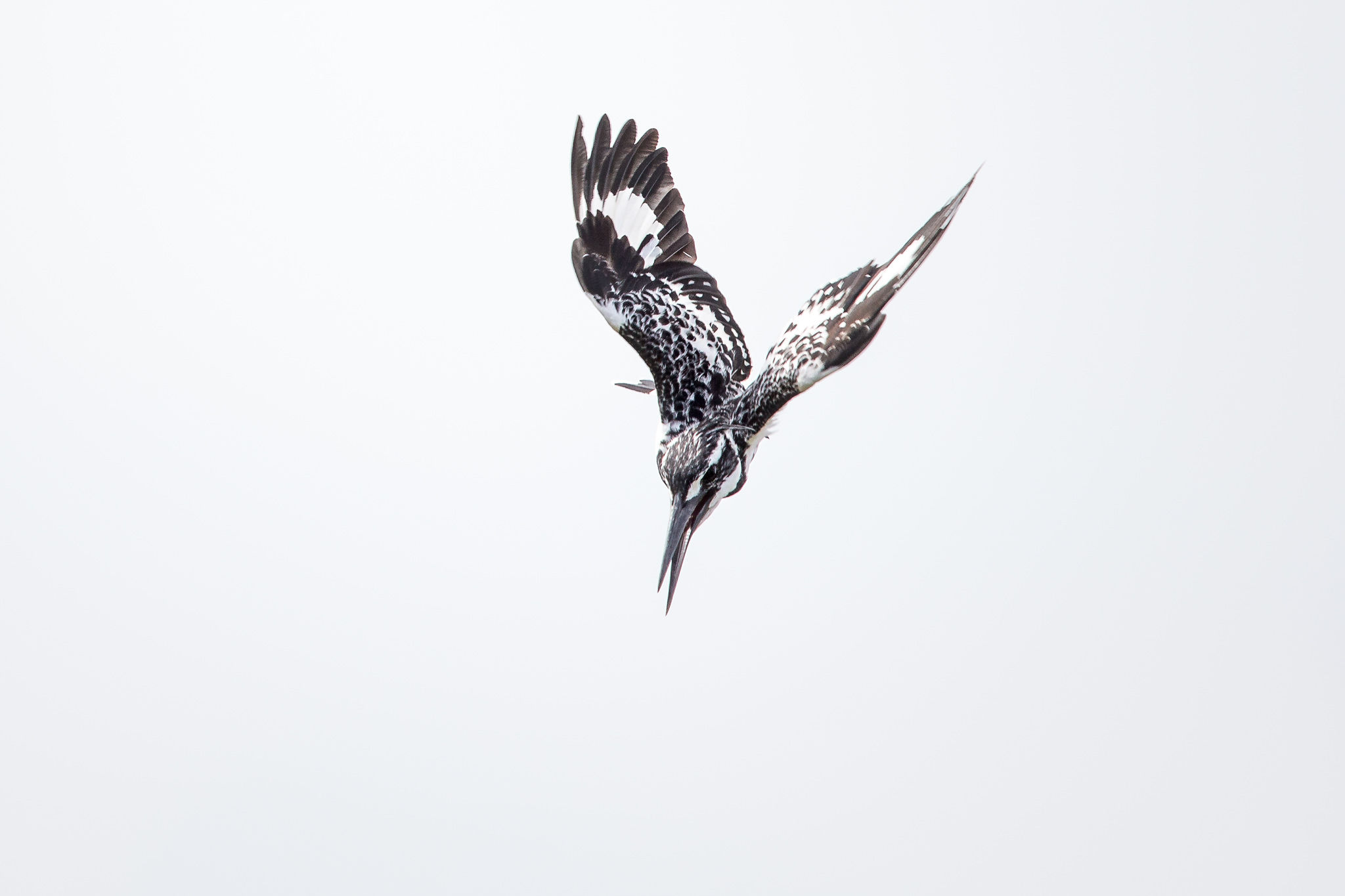 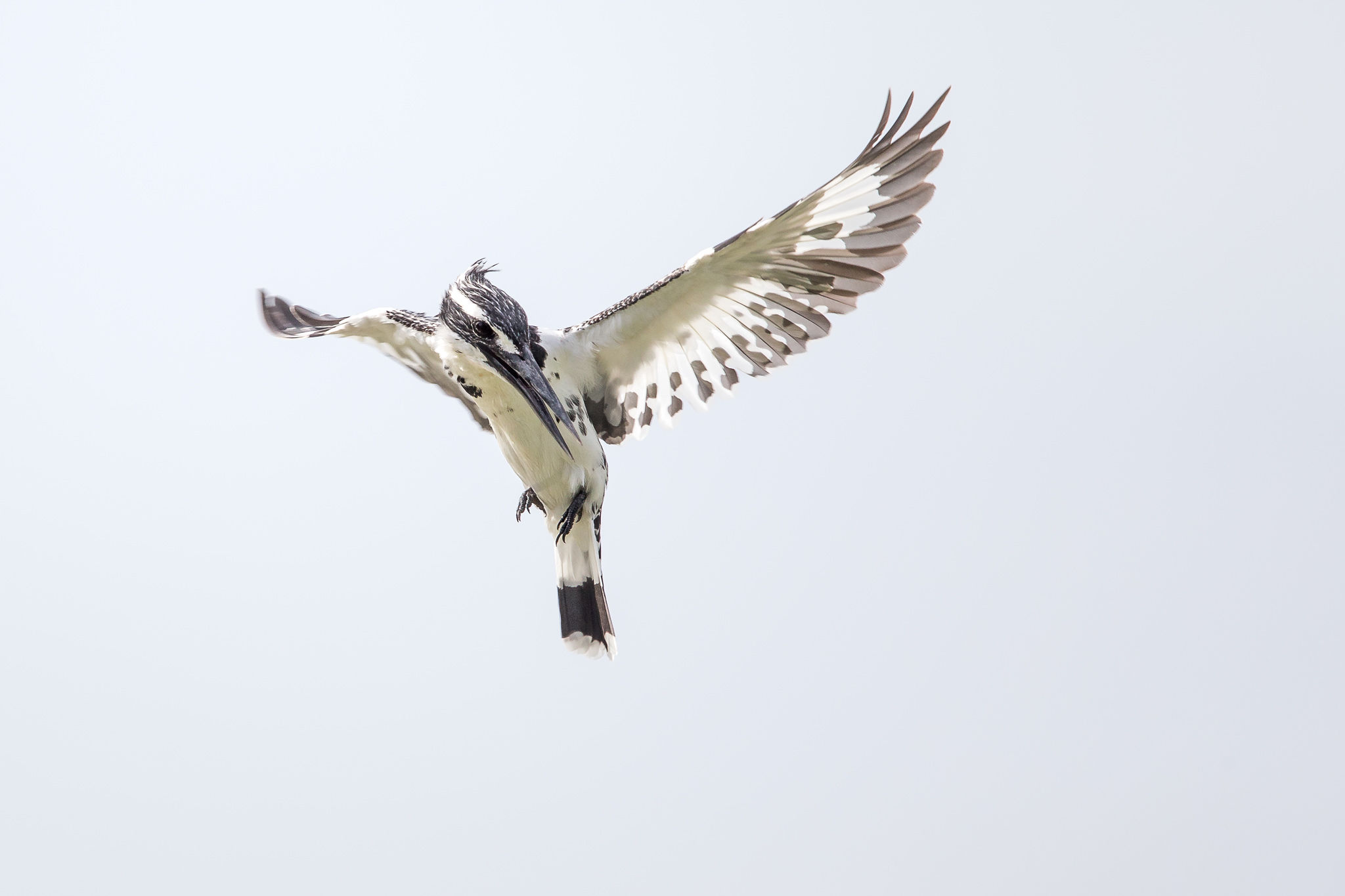 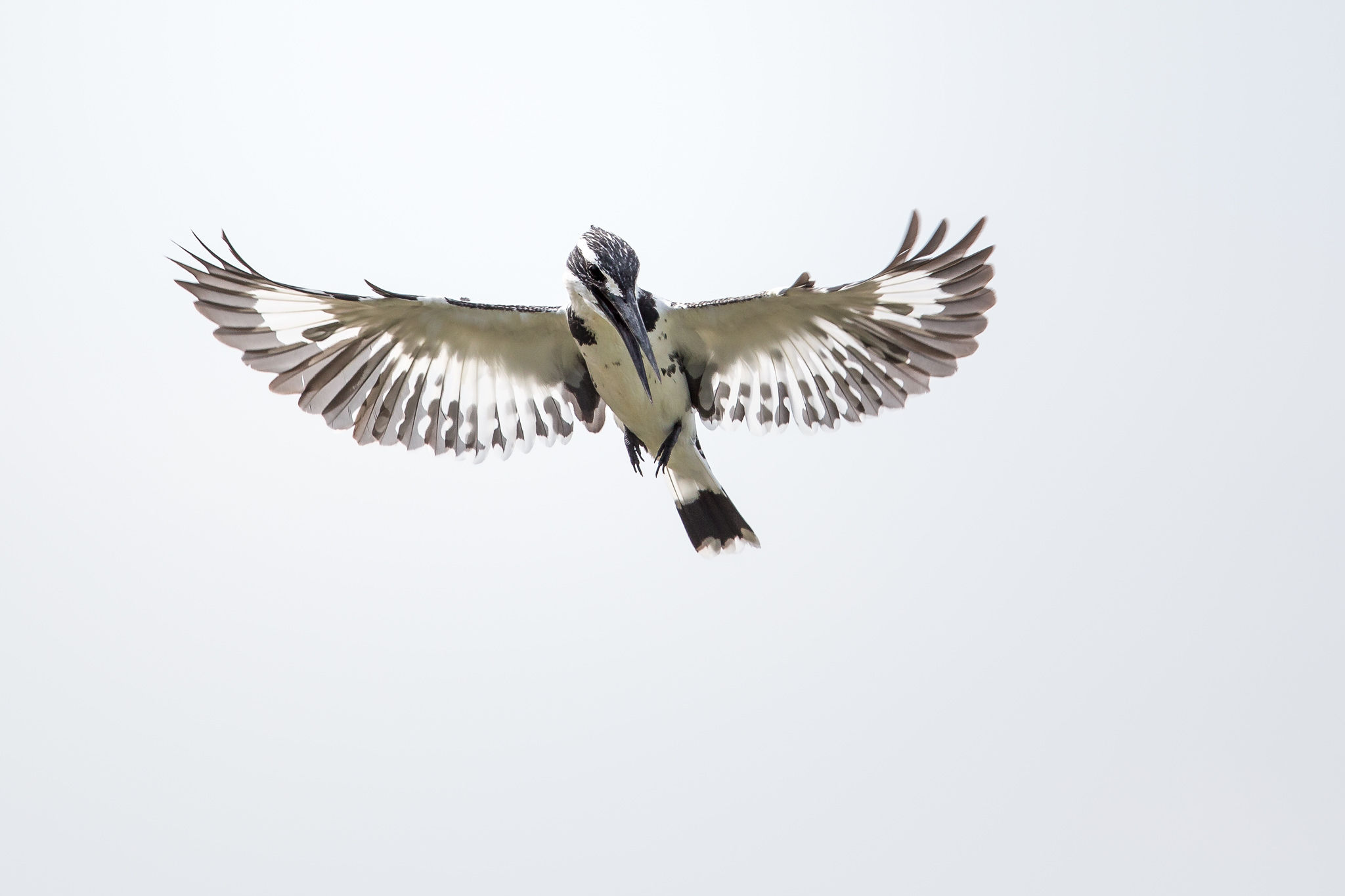