The purple gallinule (Porphyrio martinicus) is a “swamp hen” in the rail family, Rallidae. Also known locally as the yellow-legged gallinule.

This is a medium-sized rail, measuring 26–37 cm (10–15 in) in length, spanning 50–61 cm (20–24 in) across the wings and weighing 141–305 g (5.0–10.8 oz). Males, averaging 257 g (9.1 oz) in mass, are slightly larger than females, at 215 g (7.6 oz) on average. The adult purple gallinule has big yellow feet, purple-blue plumage with a green back, and red and yellow bill. It has a pale blue forehead shield and white undertail. Darkness or low light can dim the bright purple-blue plumage of the adult to make them look dusky or brownish, although the forehead shield color differentiates them from similar species such as common gallinules.

Juveniles are brown overall with a brownish olive back. These gallinules will fly short distances with dangling legs.

Their breeding habitat is warm swamps and marshes in southeastern states of the United States and the tropical regions of Central America, the Caribbean and northern South America. This species is resident in southern Florida and the tropics, but most American birds are migratory, wintering south to Argentina.

The nest is a floating structure in a marsh. Five to ten eggs are laid. Their coloration is buff with brown spots.

They are omnivorous – their diet being known to include a wide variety of plant and animal matter, including seeds, leaves and fruits of both aquatic and terrestrial plants, as well as insects, frogs, snails, spiders, earthworms and fish. They have also been known to eat the eggs and young of other birds.

This species is a very rare vagrant to western Europe and southwestern Africa. There is a similarly named species in Europe, Asia and Africa, the purple swamphen, Porphyrio porphyrio, but that bird is much larger. 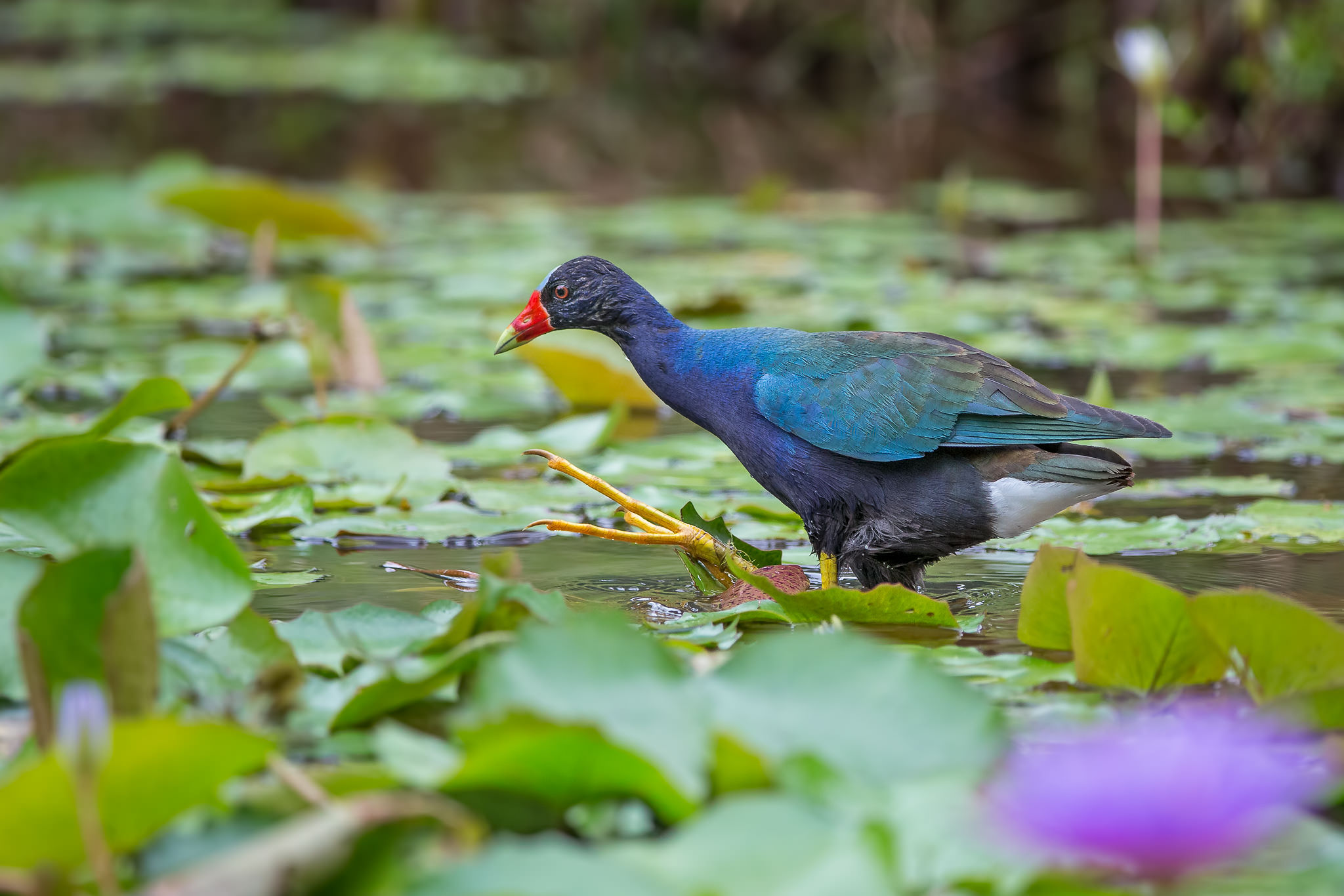