The Virginia rail (Rallus limicola) is a small waterbird, of the family Rallidae.

Adults are mainly brown, darker on the back and crown, with orange-brown legs. They have long toes, a short tail and a long slim reddish bill. Their cheeks are grey, with a light stripe over the eye and a whitish throat.

Their breeding habitat is marshes from Nova Scotia to California and North Carolina, also in Central America and South America. The female lays 5 to 13 eggs in a platform built from cattails and other plants in a dry location in the marsh. Both parents care for the young, who are able to fly in less than a month.

Northern populations migrate to the southern United States and Central America. On the Pacific coast, some are permanent residents.
These birds probe with their bill in mud or shallow water, also picking up food by sight. They mainly eat insects and aquatic animals.
This bird has a number of calls, including a harsh kuk kuk kuk, usually heard at night.
These birds remain fairly common despite continuing loss of habitat, but are secretive by nature and more often heard than seen.
The southern subspecies R. l. aequatorialis is sometimes split as the Ecuadorean rail Rallus aequatorialis. 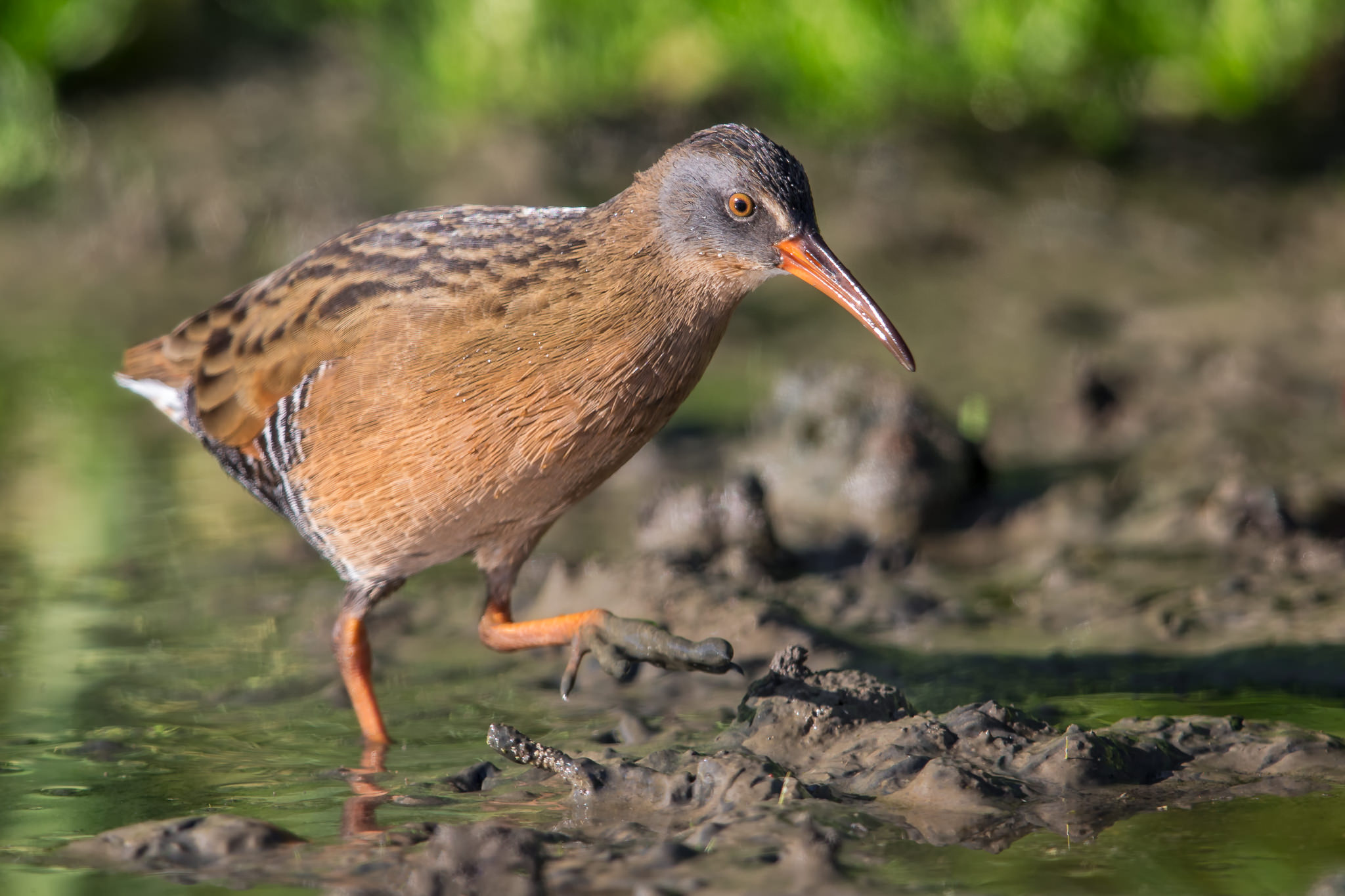 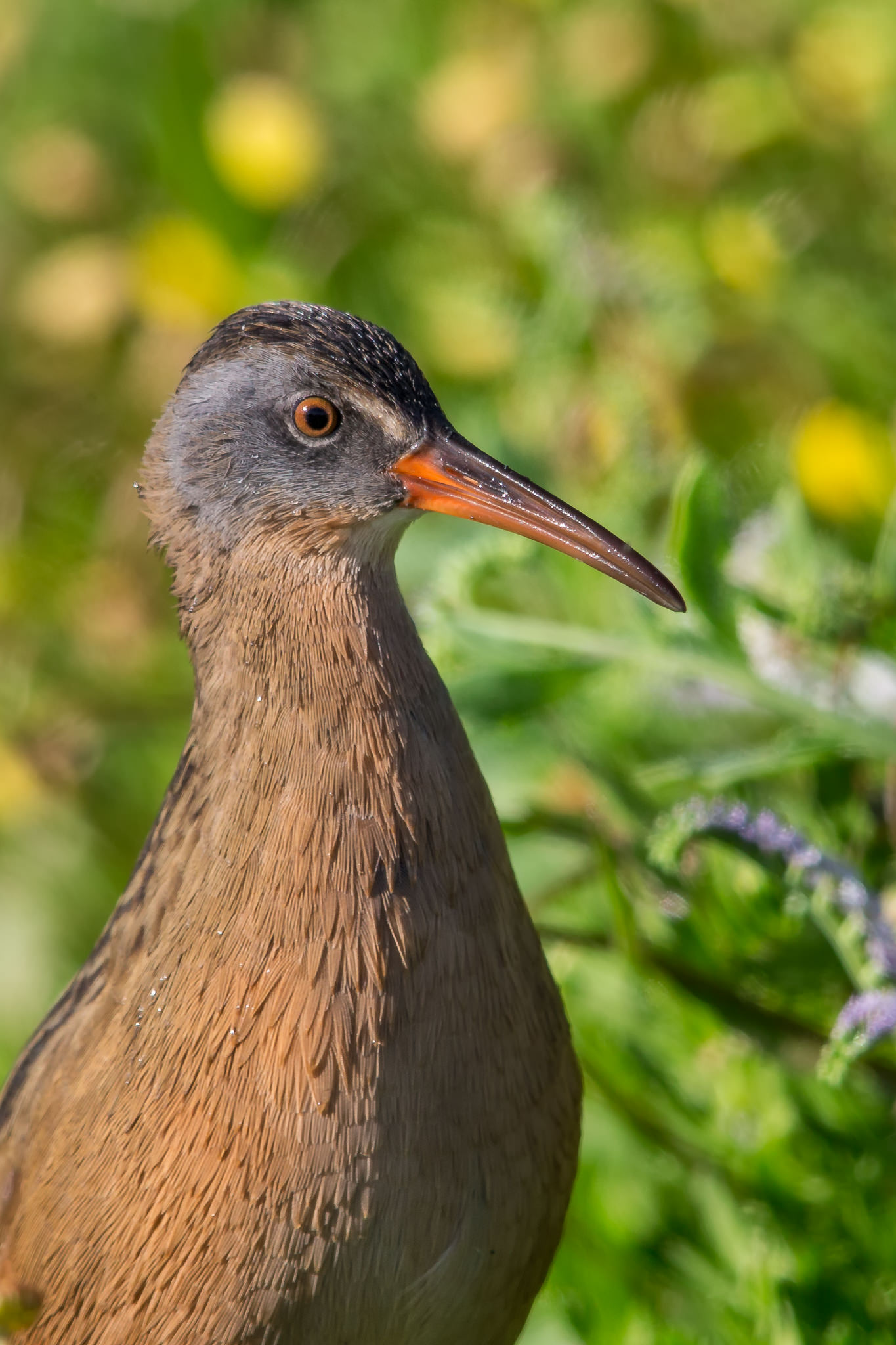 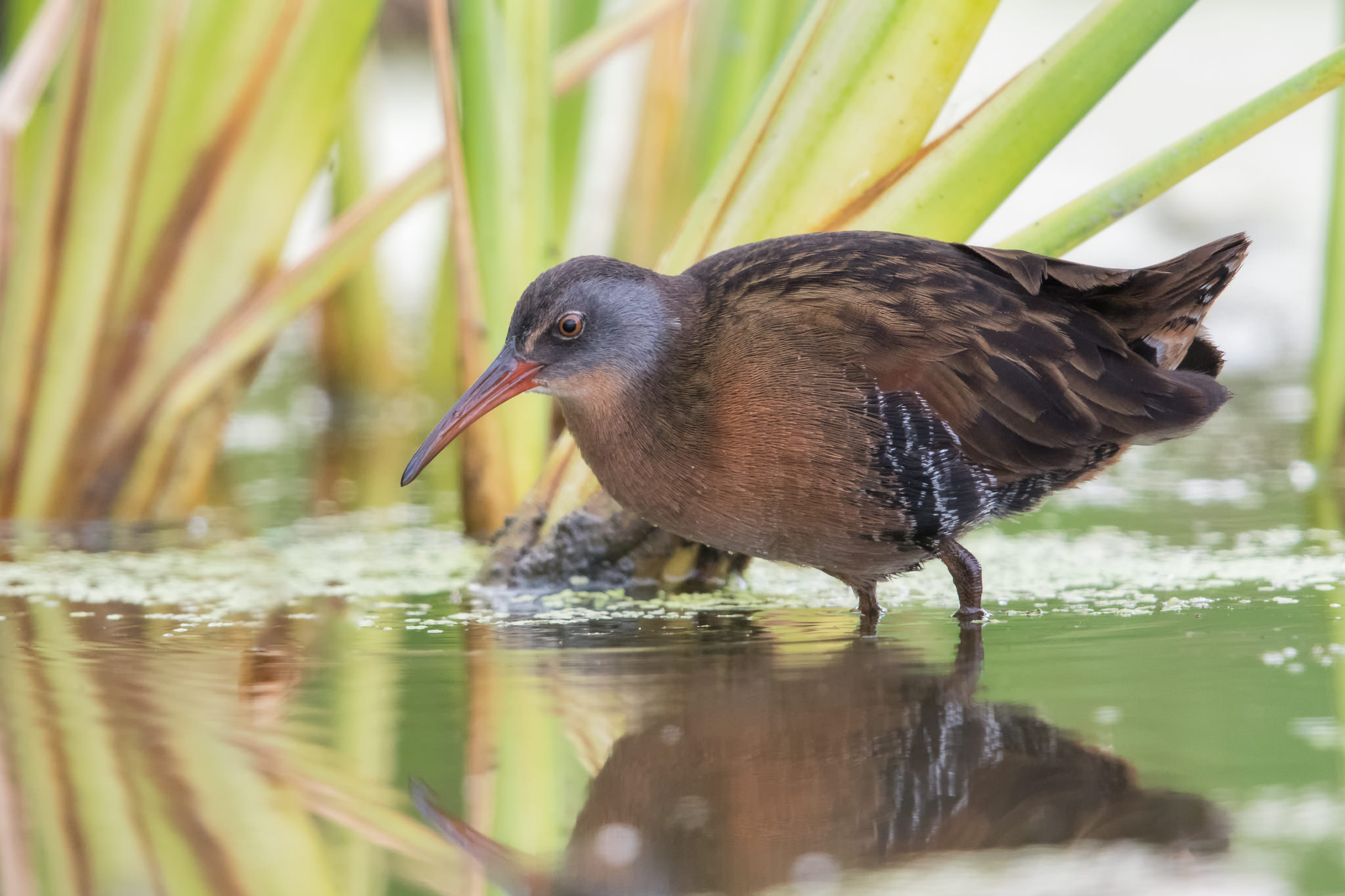 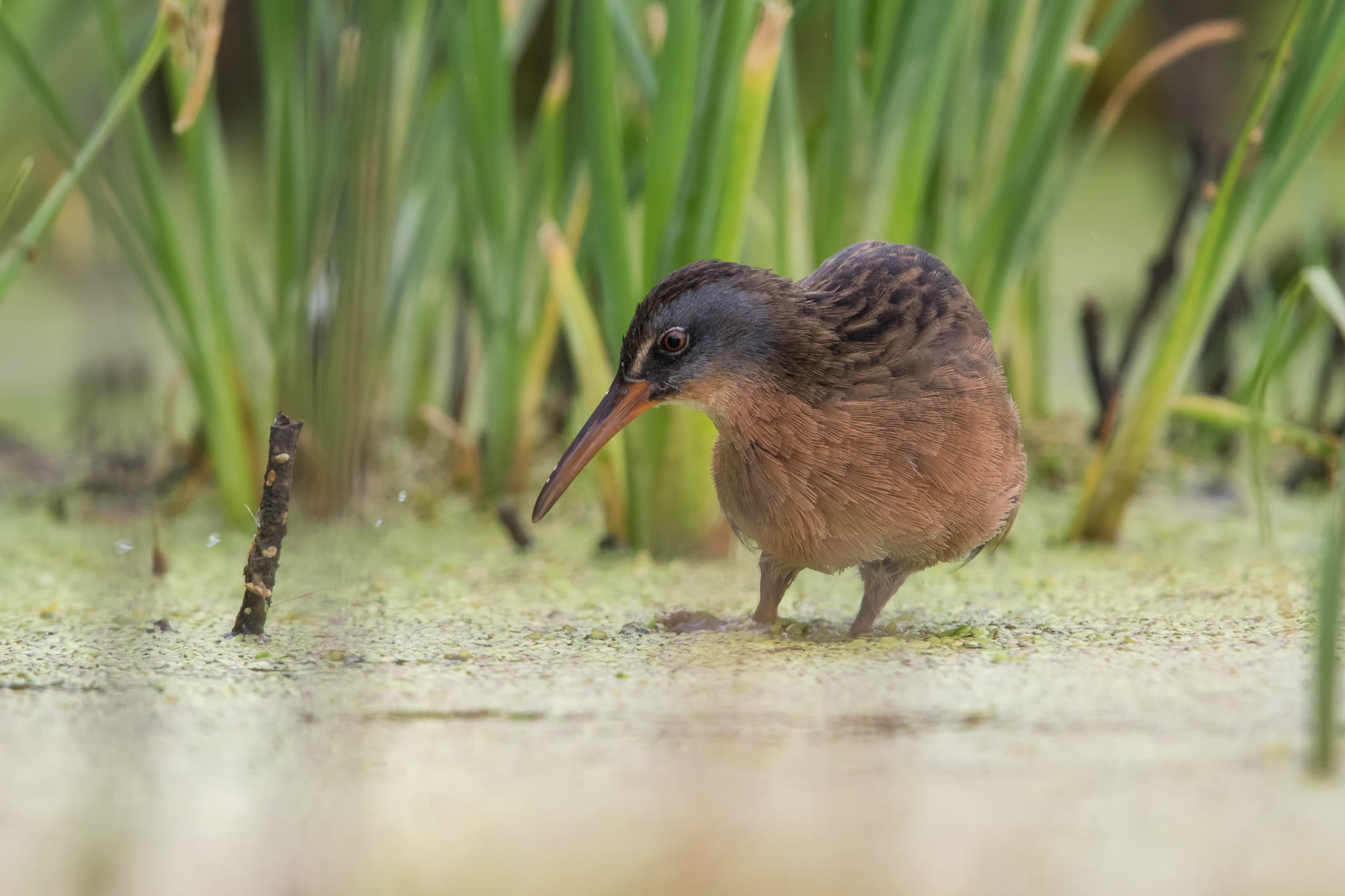