The white-bellied sea eagle (Haliaeetus leucogaster), also known as the white-breasted sea eagle, is a large diurnal bird of prey in the family Accipitridae. Originally described by Johann Friedrich Gmelin in 1788, it is closely related to Sanford’s sea eagle of the Solomon Islands, and the two are considered a superspecies. A distinctive bird, the adult white-bellied sea eagle has a white head, breast, under-wing coverts and tail. The upper parts are grey and the black under-wing flight feathers contrast with the white coverts. The tail is short and wedge-shaped as in all Haliaeetus species. Like many raptors, the female is slightly larger than the male, and can measure up to 90 cm (35 in) long with a wingspan of up to 2.2 m (7.2 ft), and weigh 4.5 kg (9.9 lb). Immature birds have brown plumage, which is gradually replaced by white until the age of five or six years. The call is a loud goose-like honking.

Resident from India and Sri Lanka through Southeast Asia to Australia on coasts and major waterways, the white-bellied sea eagle breeds and hunts near water, and fish form around half of its diet. Opportunistic, it consumes carrion and a wide variety of animals. Although rated of Least Concern globally, it has declined in parts of southeast Asia such as Thailand, and southeastern Australia. It is ranked as Threatened in Victoria and Vulnerable in South Australia and Tasmania. Human disturbance to its habitat is the main threat, both from direct human activity near nests which impacts on breeding success, and from removal of suitable trees for nesting. The white-bellied sea eagle is revered by indigenous people in many parts of Australia, and is the subject of various folk tales throughout its range. 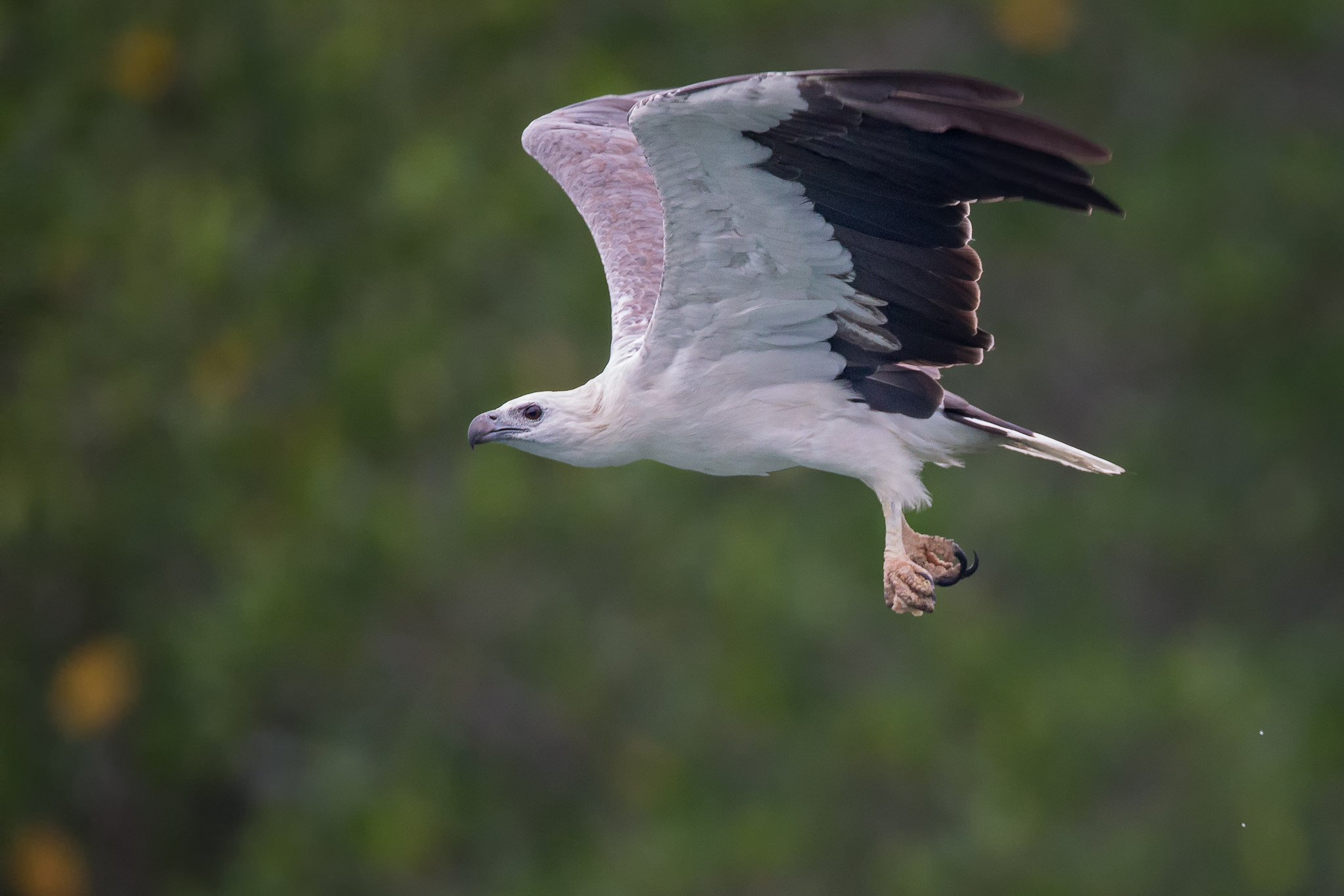 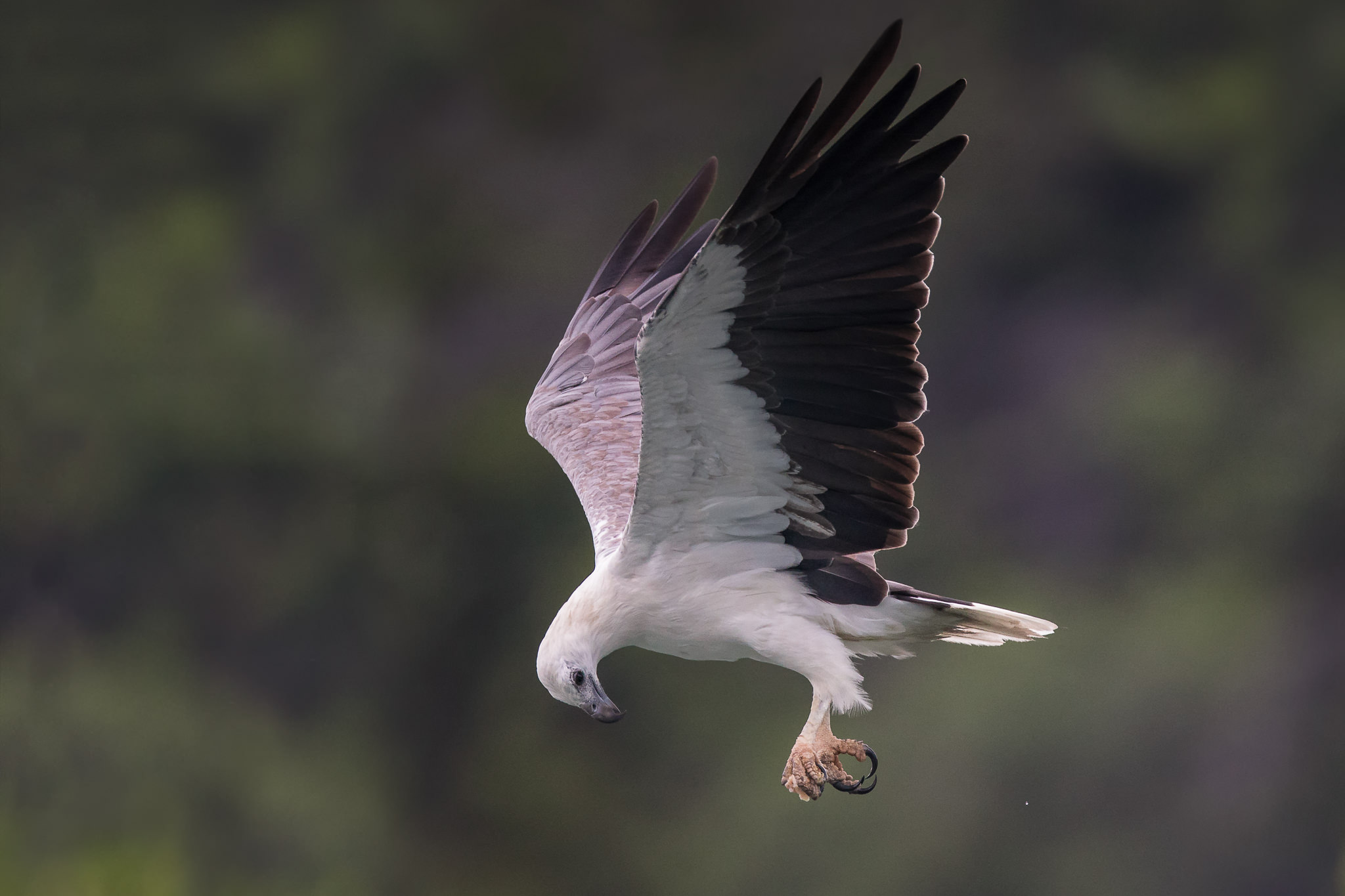 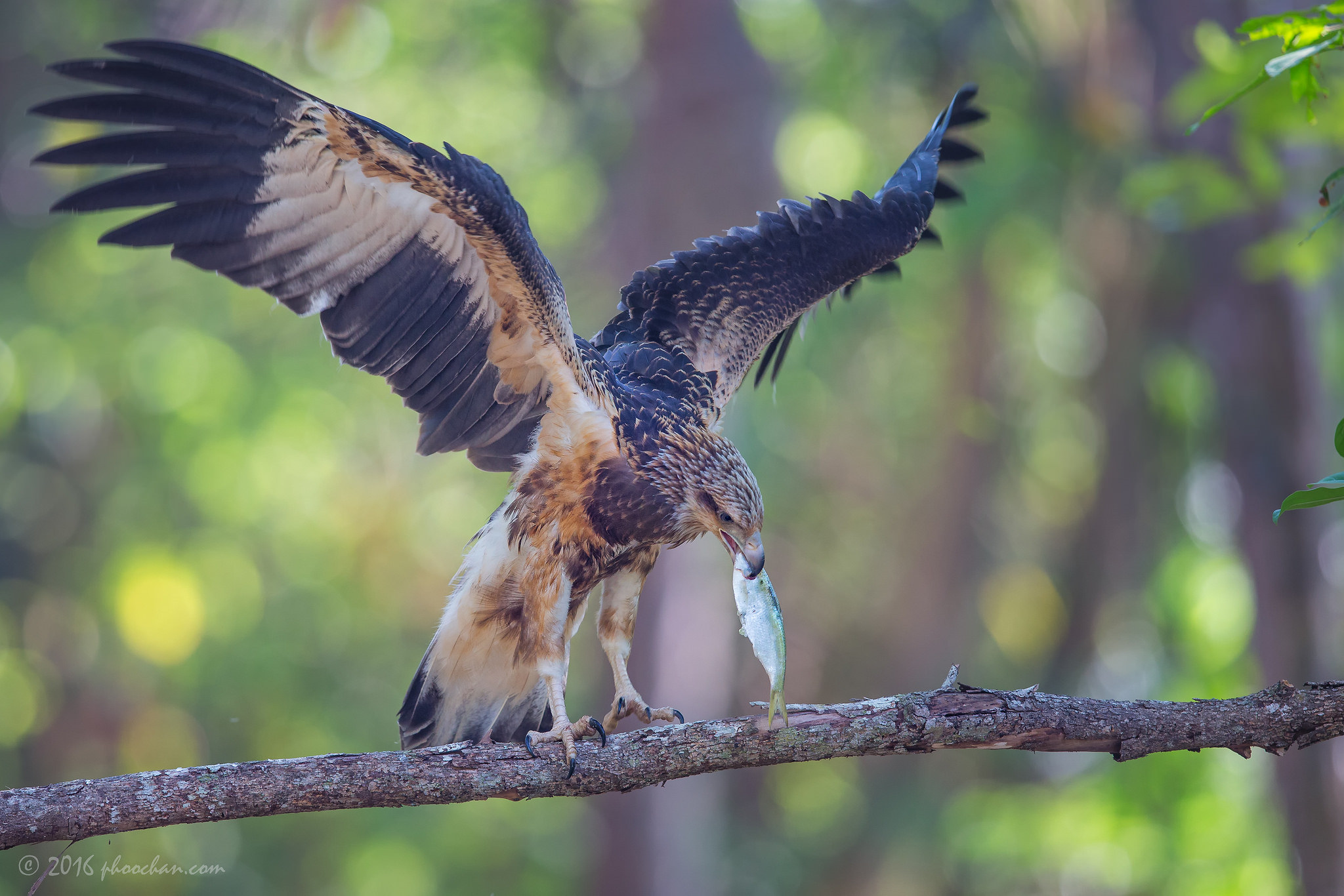 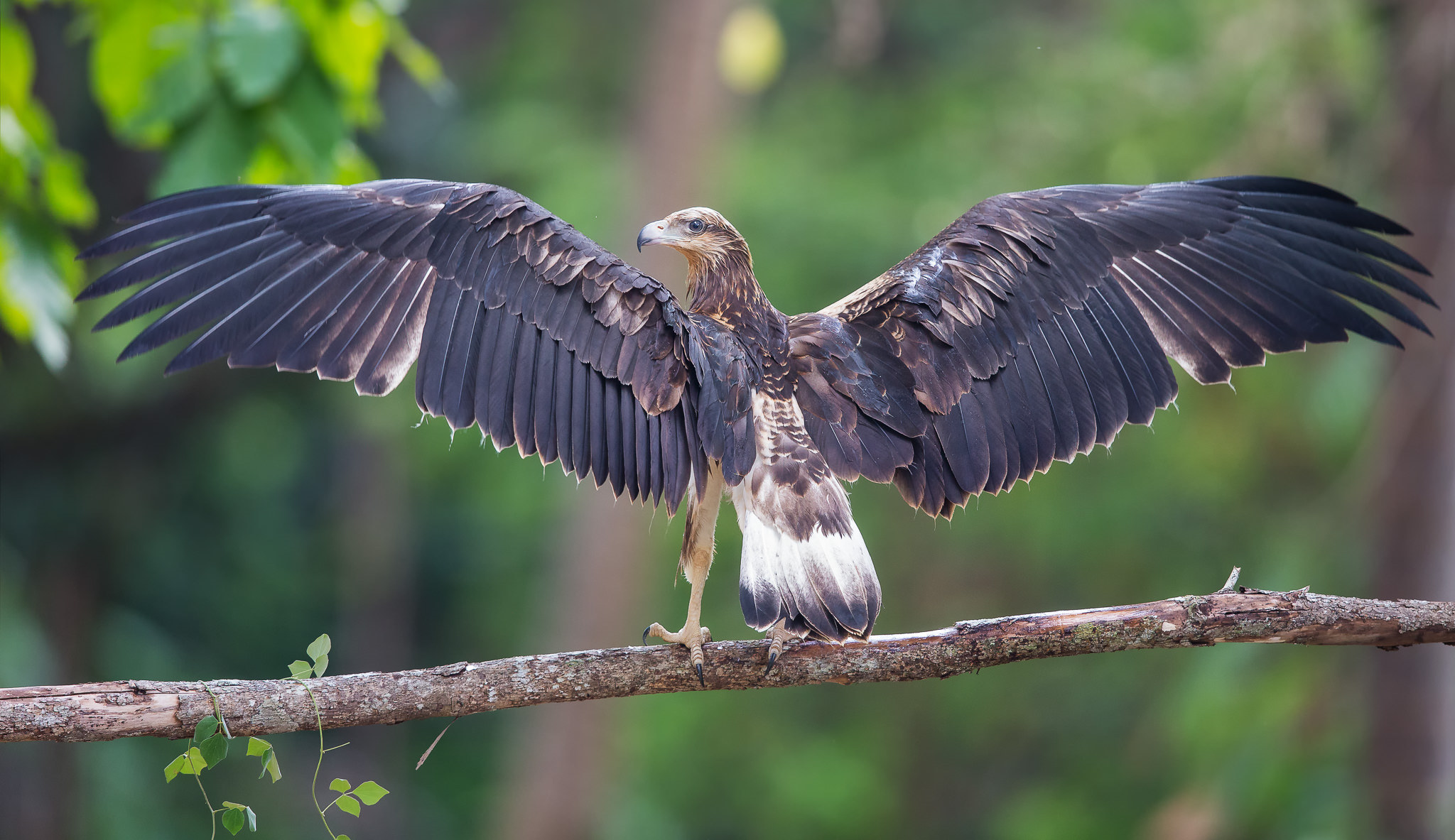 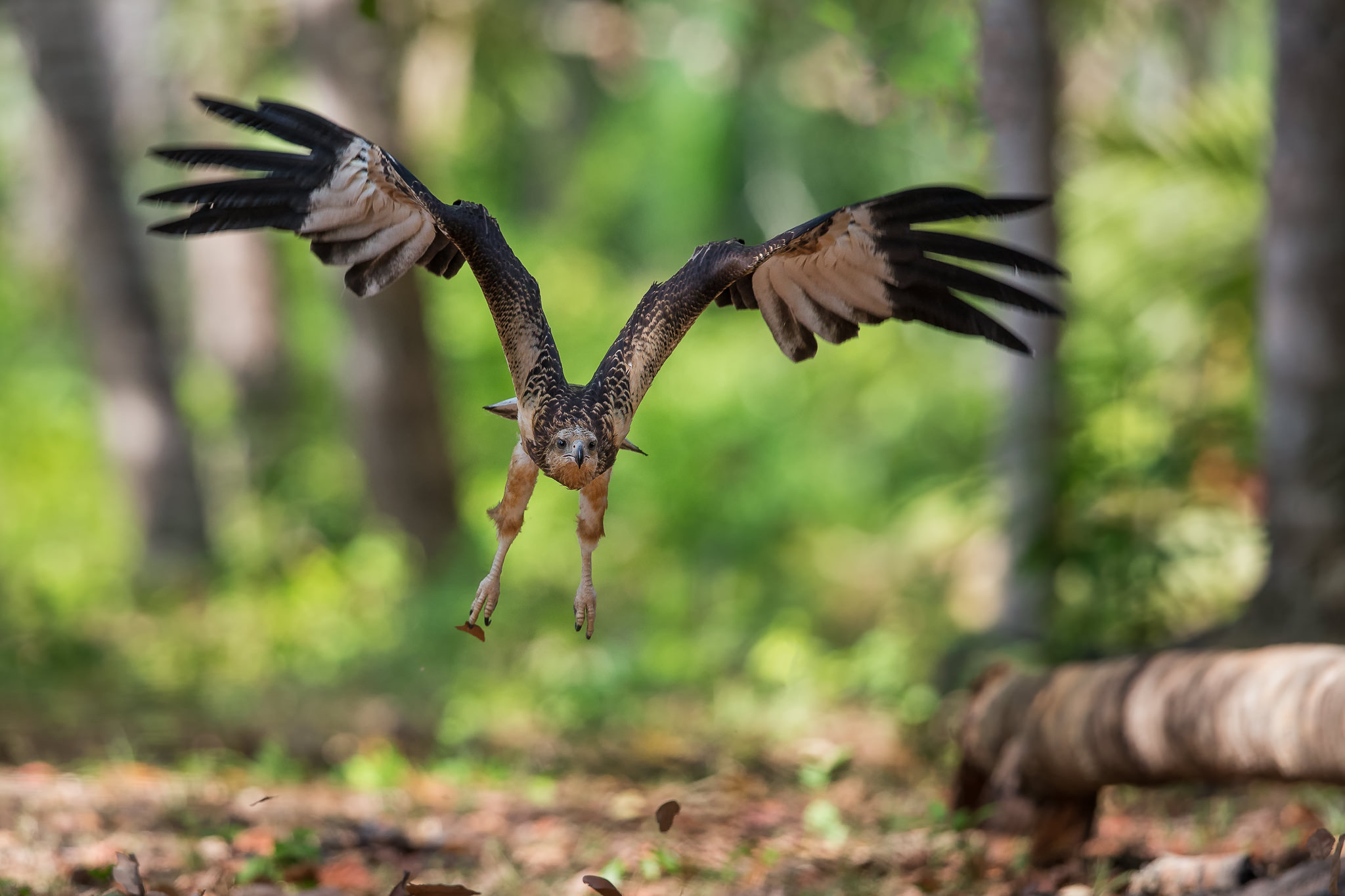