The black-crowned night heron (Nycticorax nycticorax), commonly abbreviated to just night heron in Eurasia, is a medium-sized heron found throughout a large part of the world, except in the coldest regions and Australasia.

Adults are approximately 64 cm (25 in) long and weigh 800 g (28 oz). They have a black crown and back with the remainder of the body white or grey, red eyes, and short yellow legs. They have pale grey wings and white under parts. Two or three long white plumes, erected in greeting and courtship displays, extend from the back of the head. The sexes are similar in appearance although the males are slightly larger. Black-crowned night herons do not fit the typical body form of the heron family. They are relatively stocky with shorter bills, legs, and necks than their more familiar cousins, the egrets and “day” herons. Their resting posture is normally somewhat hunched but when hunting they extend their necks and look more like other wading birds.

Immature birds have dull grey-brown plumage on their heads, wings, and backs, with numerous pale spots. Their underparts are paler and streaked with brown. The young birds have orange eyes and duller yellowish-green legs. They are very noisy birds in their nesting colonies, with calls that are commonly transcribed as quok or woc.

The breeding habitat is fresh and salt-water wetlands throughout much of the world. The subspecies N. n. hoactli breeds in North and South America from Canada as far south as northern Argentina and Chile, N. n. obscurus in southernmost South America, N. n. falklandicus in the Falkland Islands, and the nominate race N. n. nycticorax in Europe, Asia and Africa. Black-crowned night herons nest in colonies on platforms of sticks in a group of trees, or on the ground in protected locations such as islands or reedbeds. Three to eight eggs are laid.

This heron is migratory in the northernmost part of its range, but otherwise resident (even in the cold Patagonia). The North American population winters in Mexico, the southern United States, Central America, and the West Indies, and the Old World birds winter in tropical Africa and southern Asia. 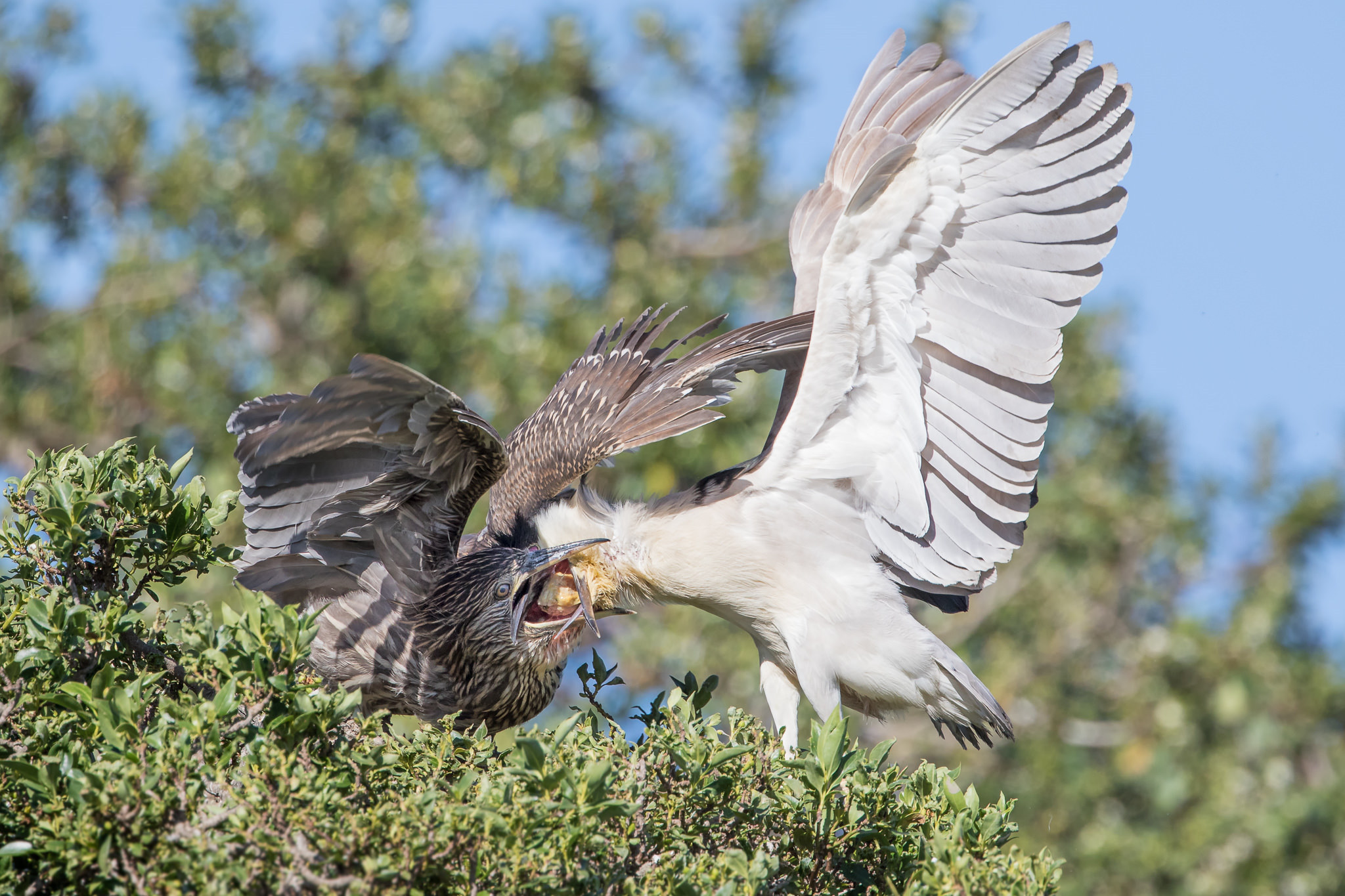 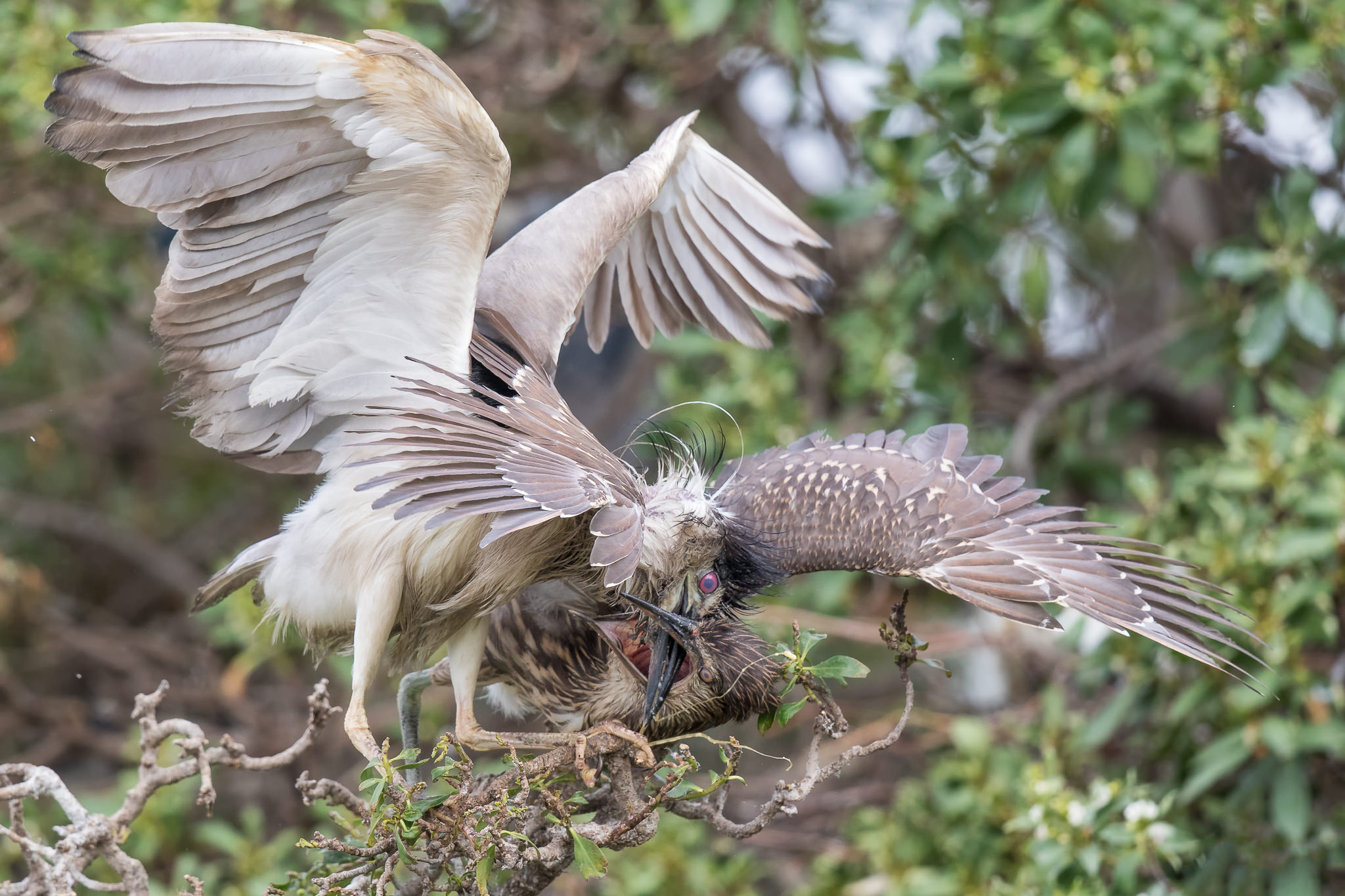 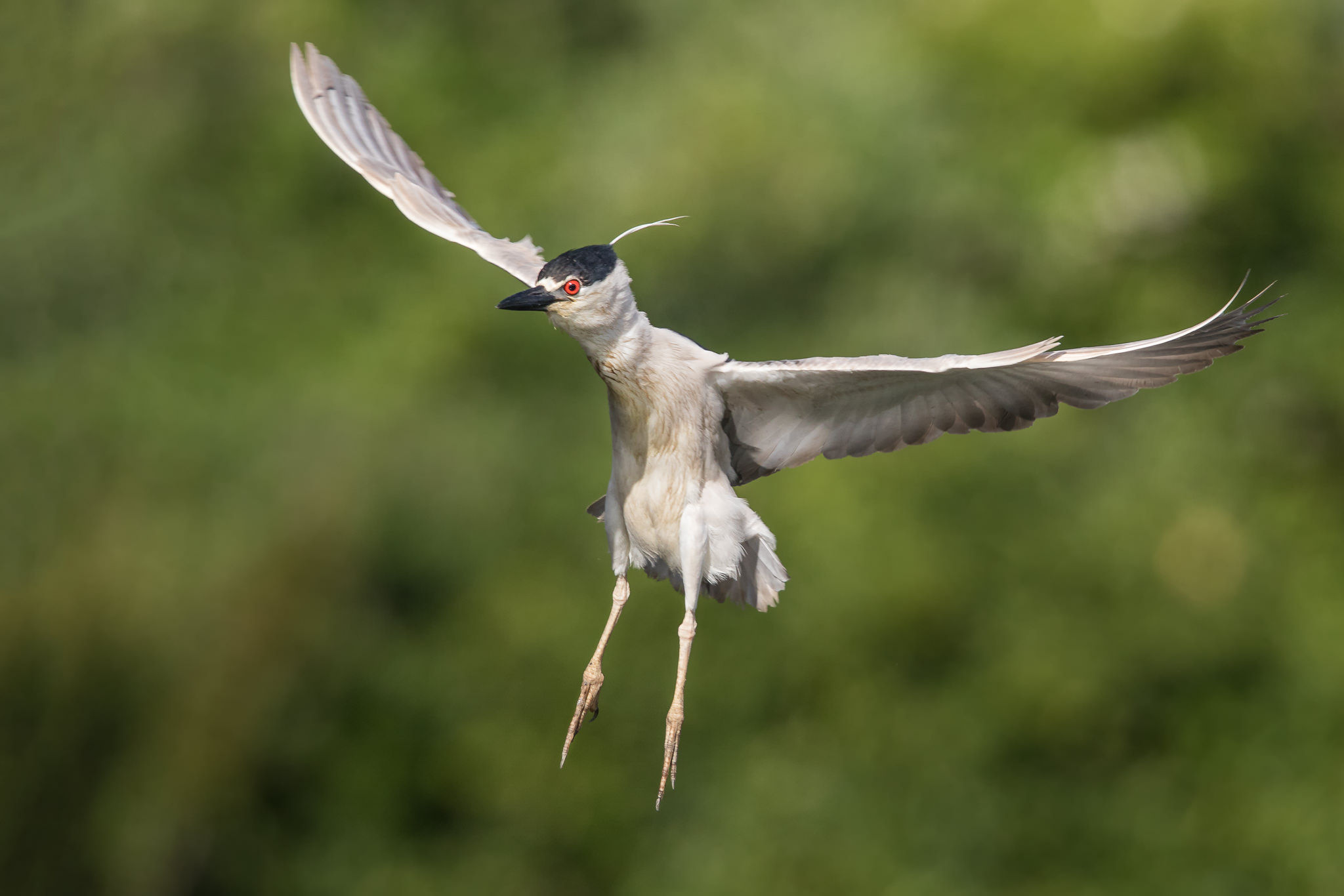 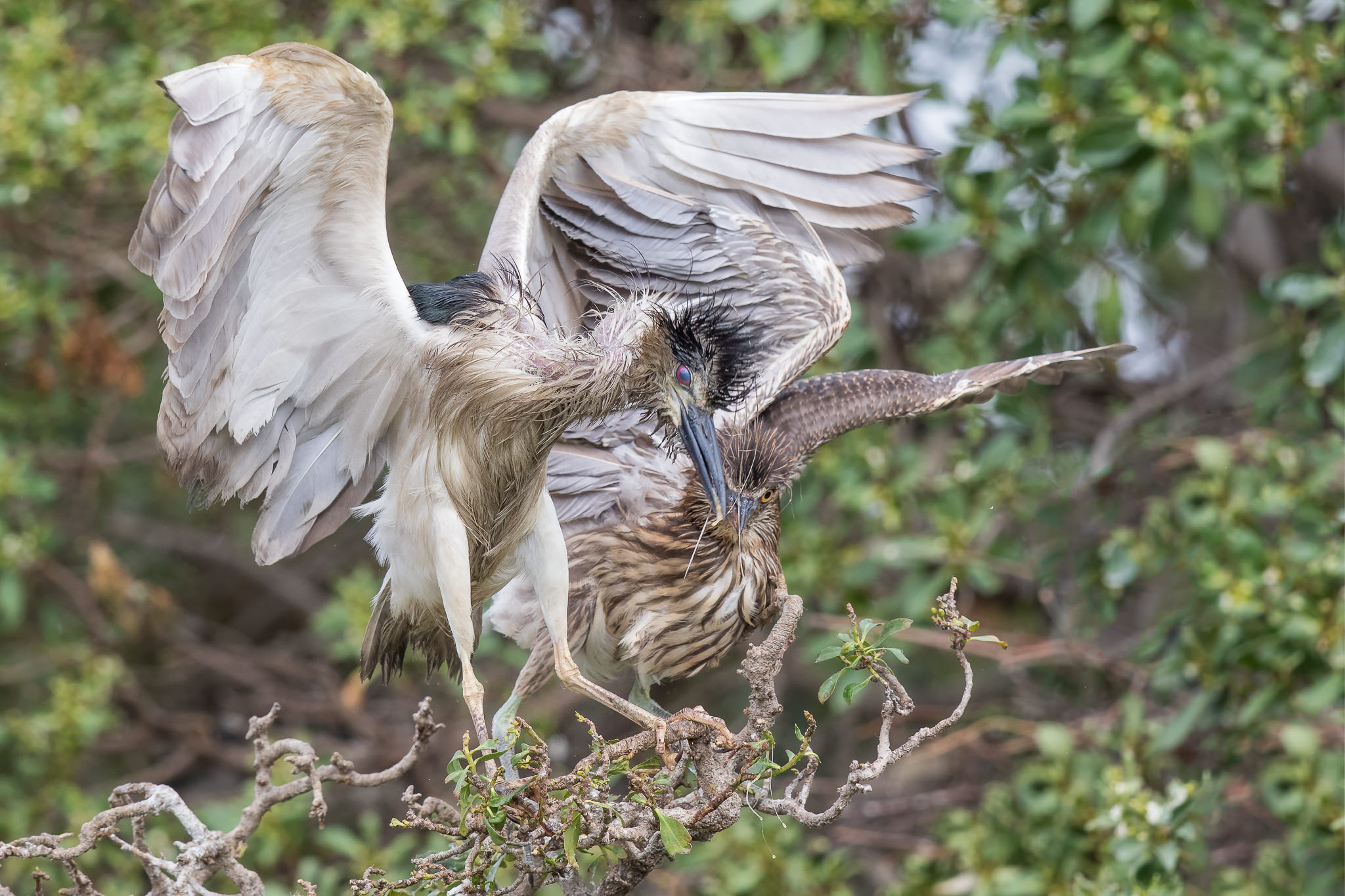 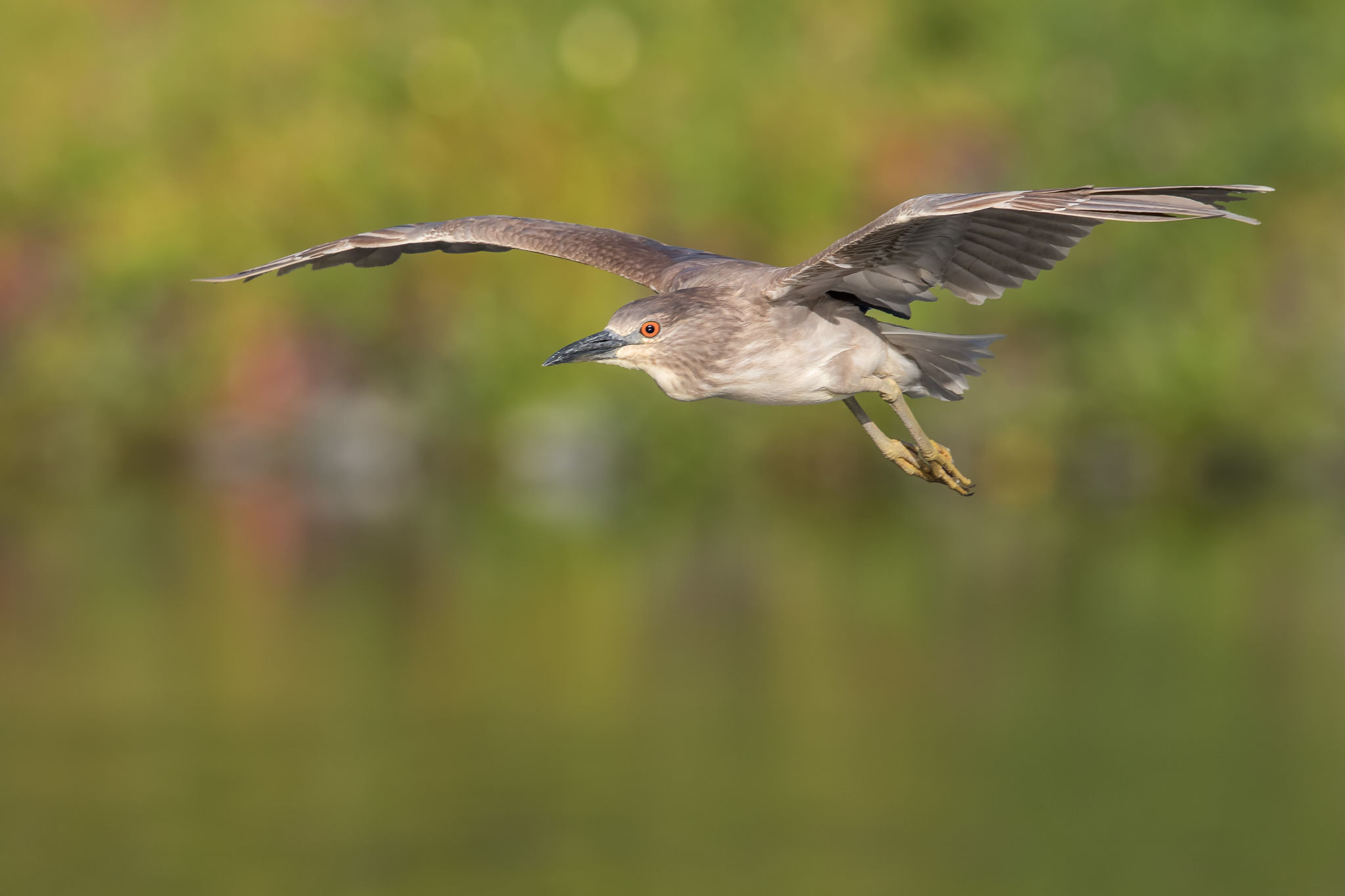 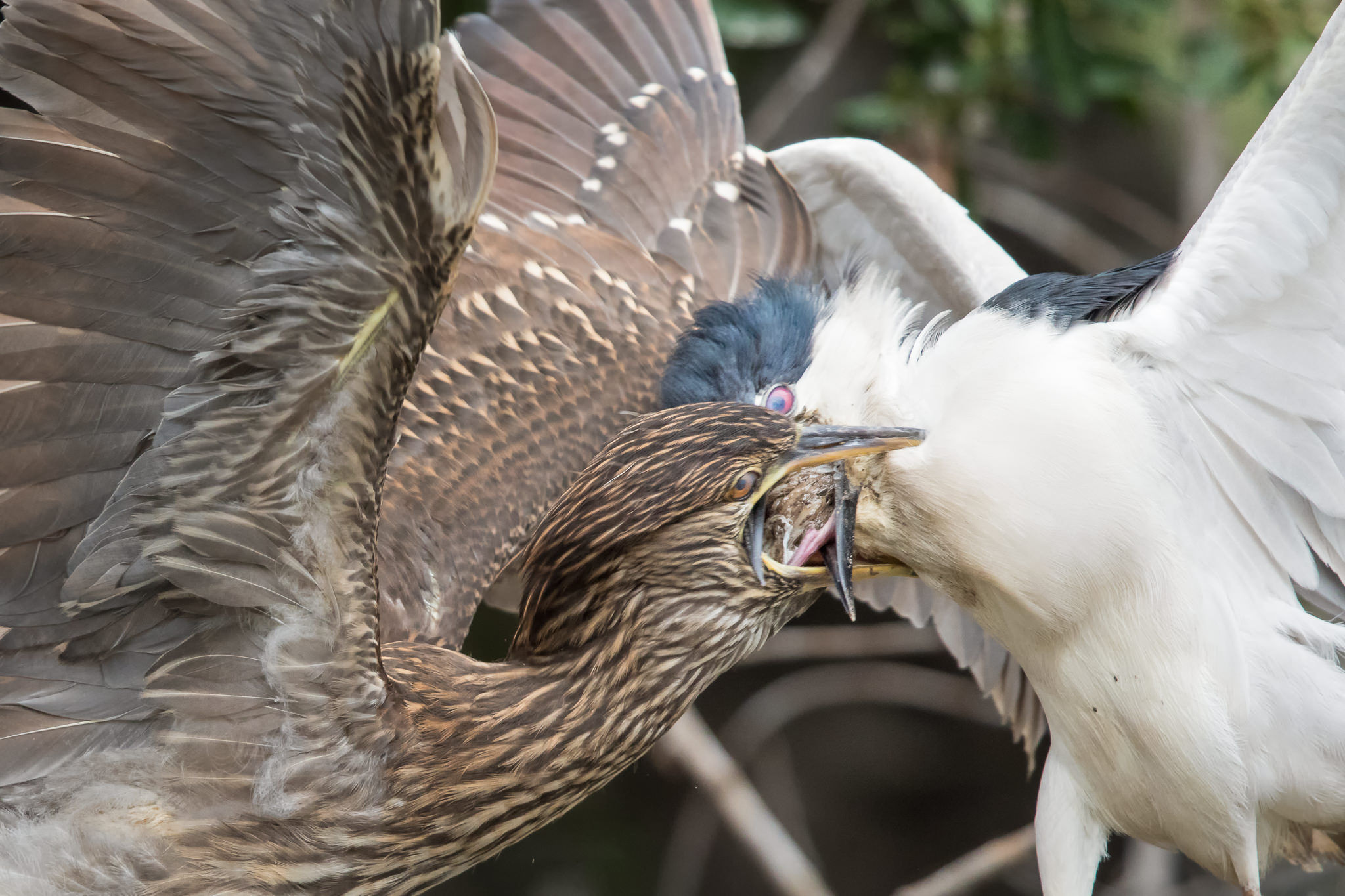 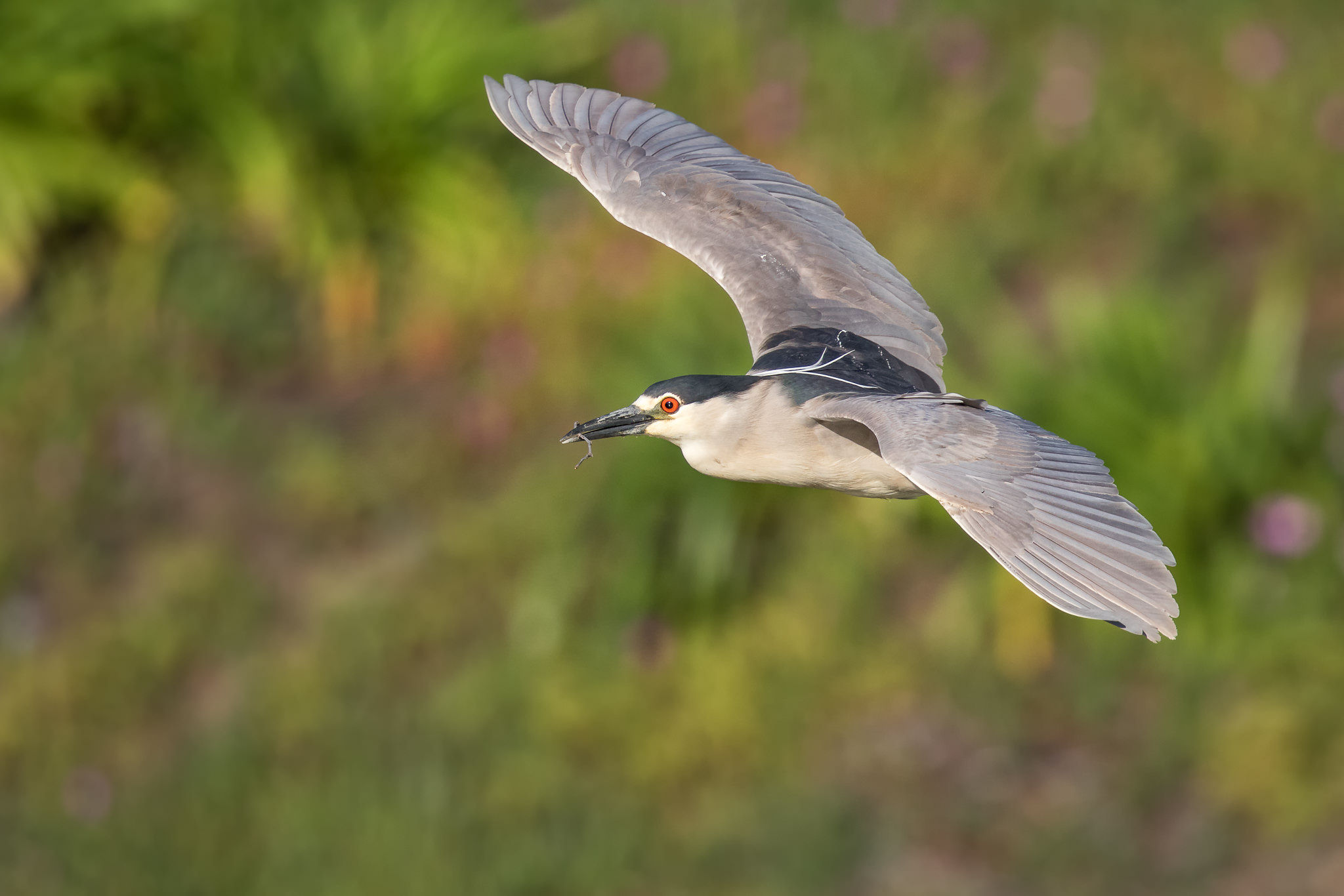