The silver-breasted broadbill (Serilophus lunatus) is a species of bird in the broadbill family Eurylaimidae. It is monotypic (the only species) within the genus Serilophus. There are ten currently recognised subspecies, one of which, rubropygius, was formerly treated as a separate species.

The silver-breasted broadbill is a medium-sized broadbill, 16–17 centimetres (6.3–6.7 in) in length and weighing 25–35 grams (0.9–1.2 oz). The plumage of the nominate race has a rusty-coloured head with an ash-grey forehead and a broad black supercilium (stripe) over the eye. The breast and belly is white and the rump and upper wing coverts are bright rufous. The flight feathers are striking blue and black and the tail is black. There is a small amount of sexual dimorphism in the plumage, with the female having a narrow silver band across the breast. Young birds resemble adults but with shorter wings and tails, and slightly darker plumage overall. There is also some variation across the different subspecies.

The silver-breasted broadbill occupies a range of forest habitats. It occurs in tropical and semi-tropical forests, as well as semi-deciduous forests and forests dominated by pine, oak and bamboo. It may occur in selectively logged forests and even entered agricultural land and gardens. It occurs at a range of elevations across its range; between 800–2,000 metres (2,600–6,600 ft) in Sumatra but 300–700 m (980–2,300 ft) in China. 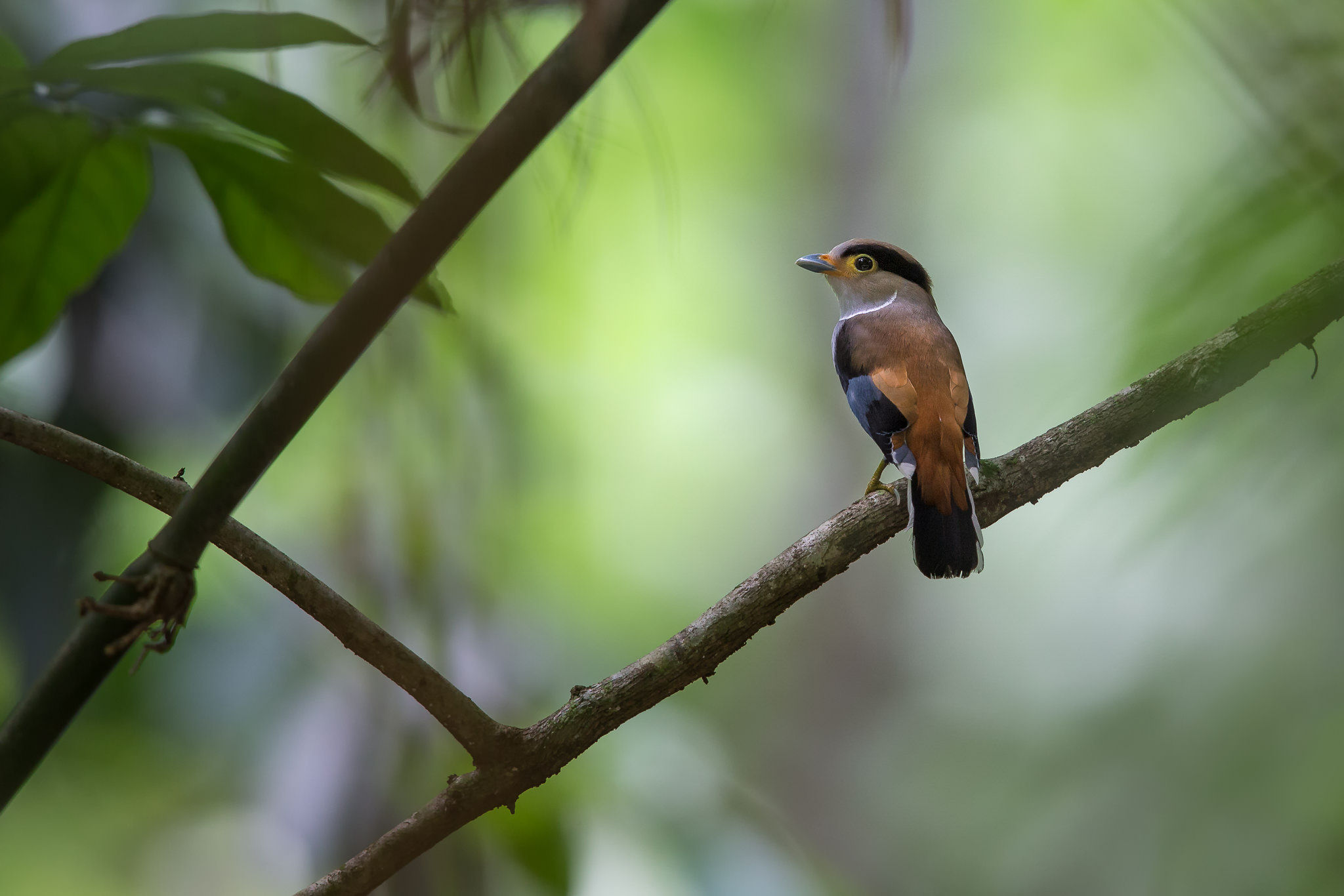 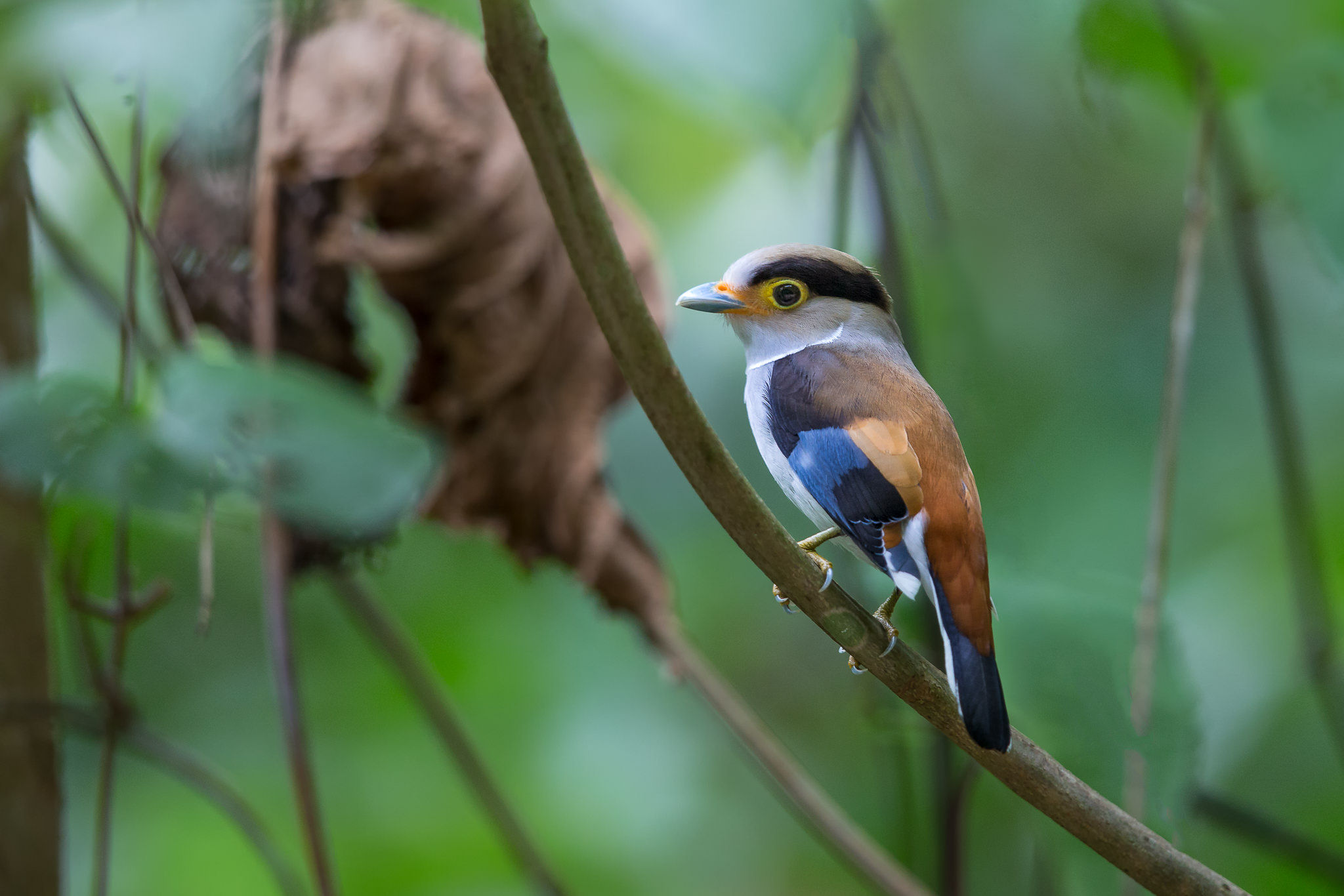 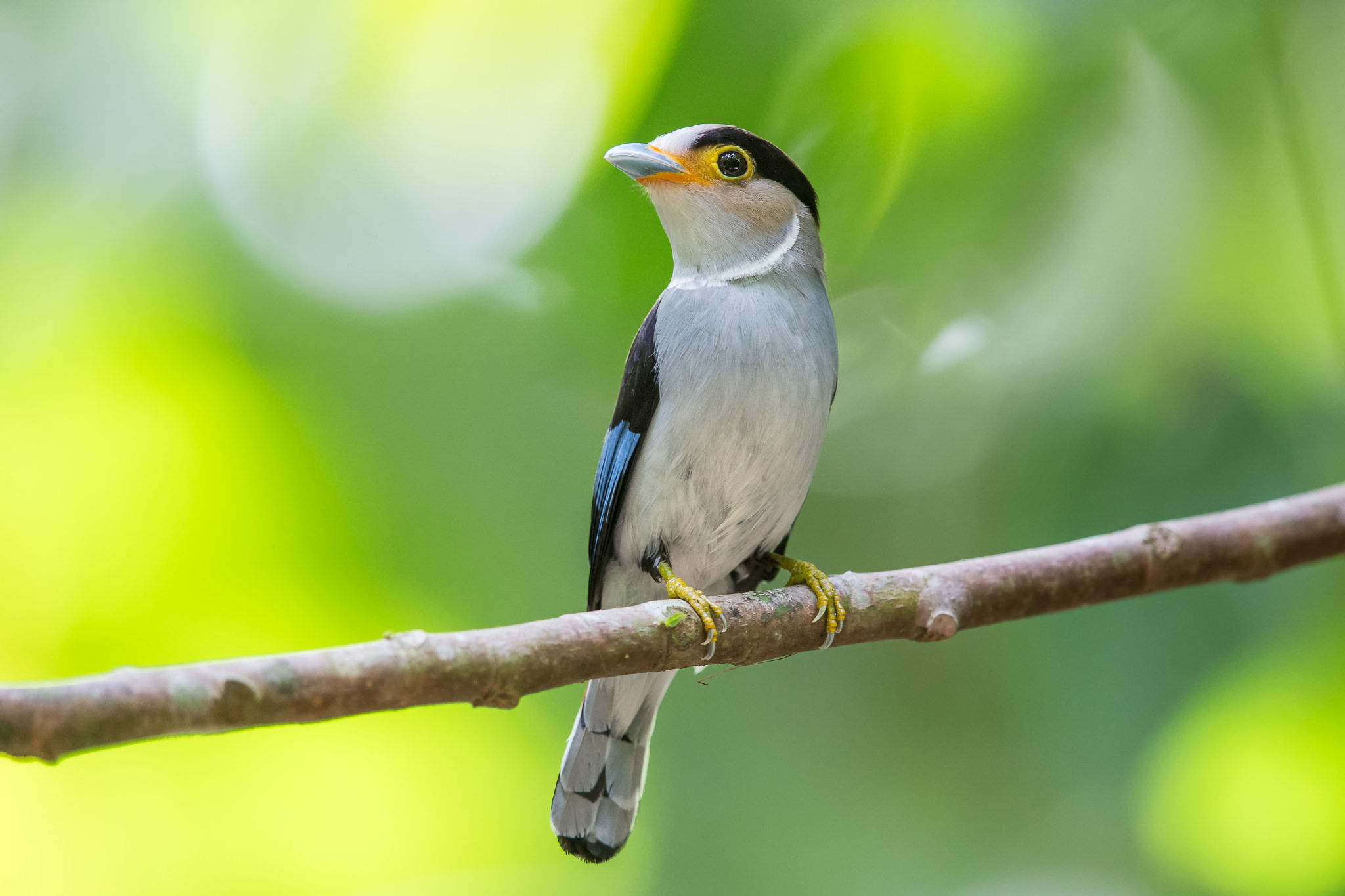