The great hornbill (Buceros bicornis) also known as the great Indian hornbill or great pied hornbill, is one of the larger members of the hornbill family. It is found in South and Southeast Asia. Its impressive size and color have made it important in many tribal cultures and rituals. The great hornbill is long-lived, living for nearly 50 years in captivity. It is predominantly frugivorous, but is an opportunist and will prey on small mammals, reptiles and birds.

The most prominent feature of the hornbill is the bright yellow and black casque on top of its massive bill. The casque appears U-shaped when viewed from the front, and the top is concave, with two ridges along the sides that form points in the front, whence the Latin species epithet bicornis (two-horned). The back of the casque is reddish in females, while the underside of the front and back of the casque is black in males.

The casque is hollow and serves no known purpose, although it is believed to be the result of sexual selection. Male hornbills have been known to indulge in aerial casque butting, with birds striking each other in flight. The male spreads the preen gland secretion, which is yellow, onto the primary feathers and bill to give them the bright yellow colour. The commissure of the beak is black and has a serrated edge which becomes worn with age.

The wing beats are heavy and the sound produced by birds in flight can be heard from a distance. This sound has been likened to the puffing of a steam locomotive starting up. The flight involves stiff flaps followed by glides with the fingers splayed and upcurled. They sometimes fly at great height over forests.

Great hornbills are found in the forests of Nepal, India, Mainland Southeast Asia and Indonesian Island of Sumatra. The distribution of the species is fragmented over its range in South and Southeast Asia. In South Asia they are found in a few forest areas in the Western Ghats and in the forests along the Himalayas. Their distribution extends into Thailand, Burma, Malaya, and Sumatra.[ A small feral population is found in Singapore. Their habitat is dense old growth (unlogged) forests in hilly regions. They appear to be dependent on large stretches of forest, unlike many of the smaller hornbills. In Thailand the home range of males was found to be about 3.7 km2 during the breeding season and about 14.7 km2 during the non-breeding season. 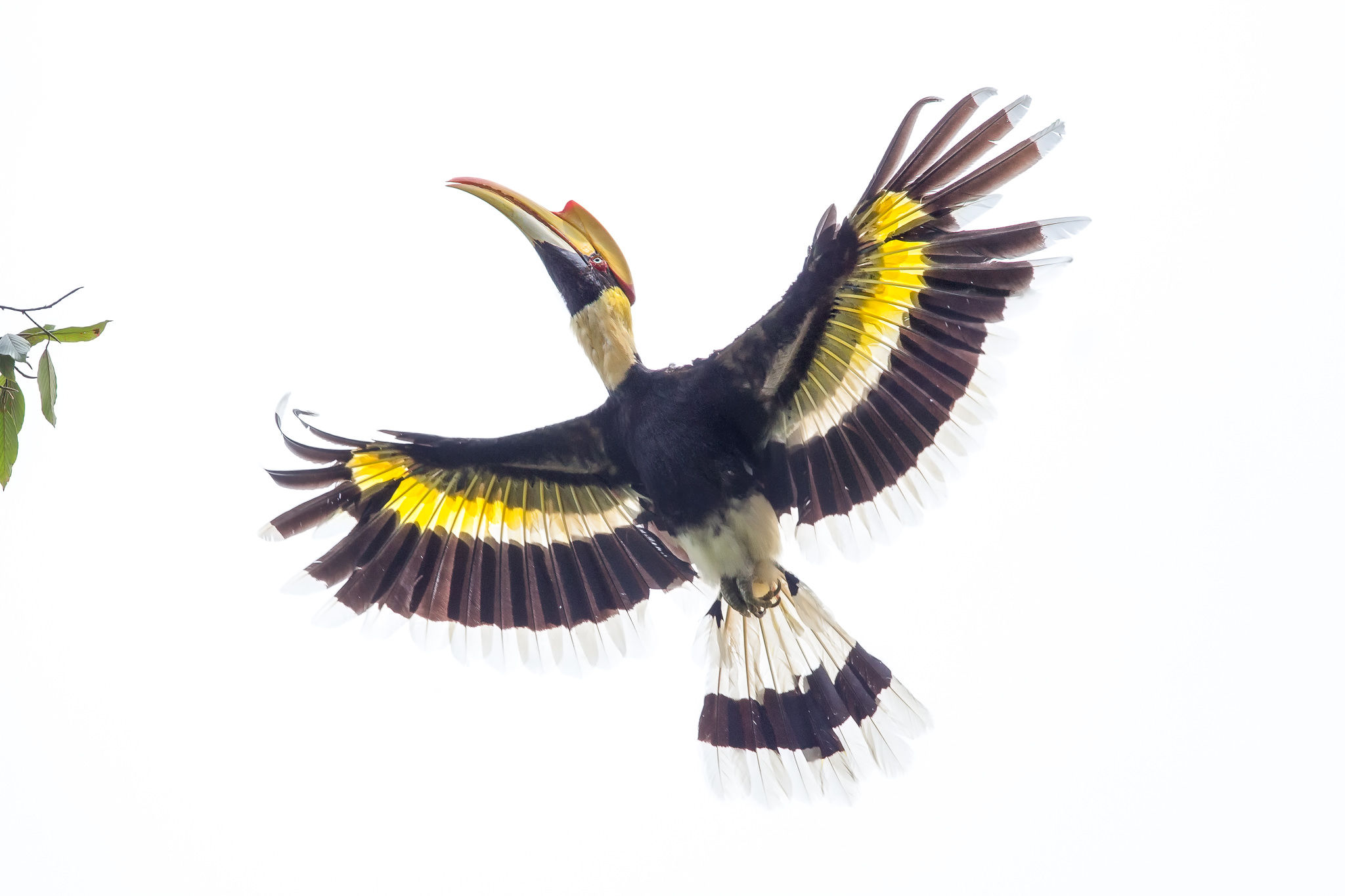 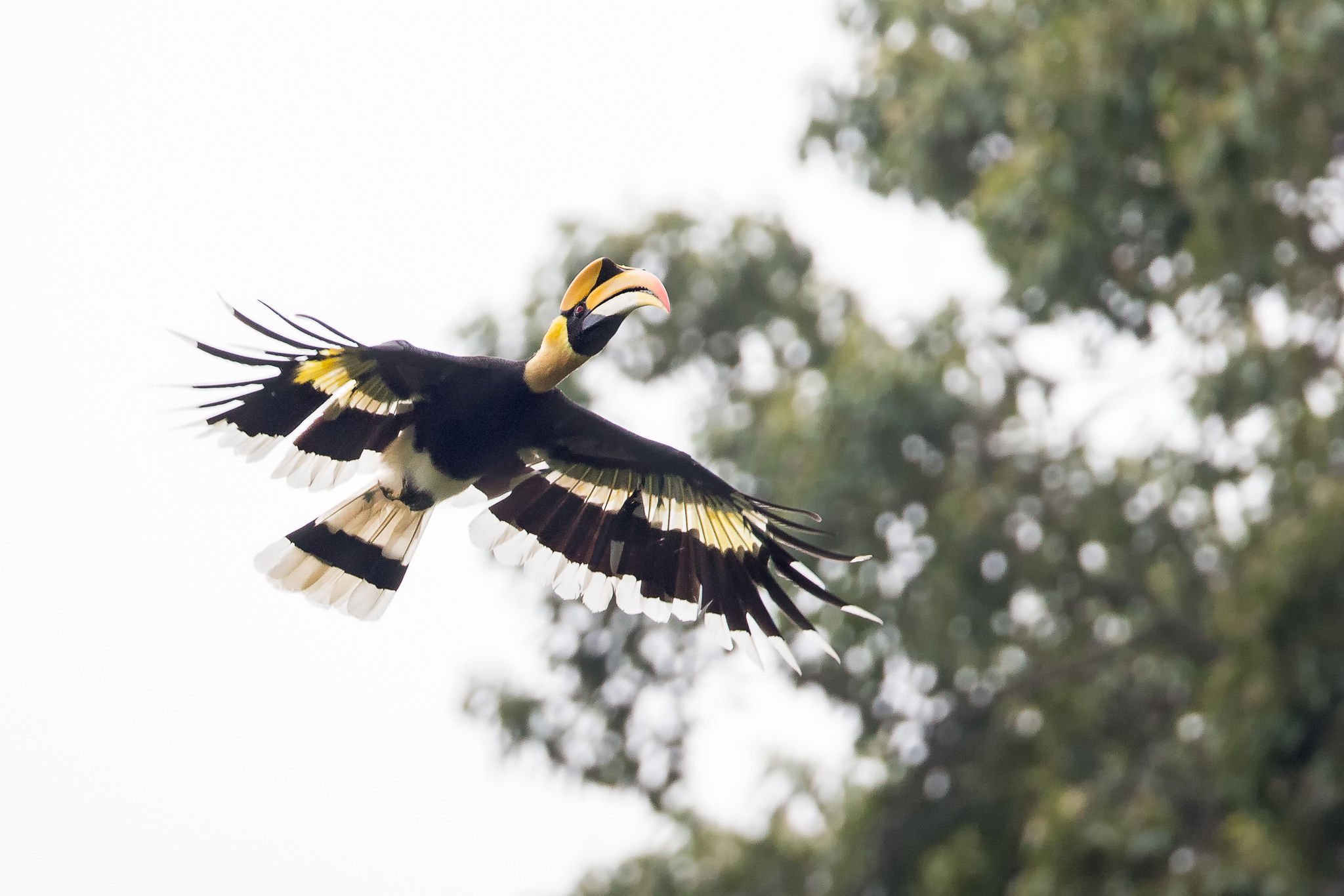