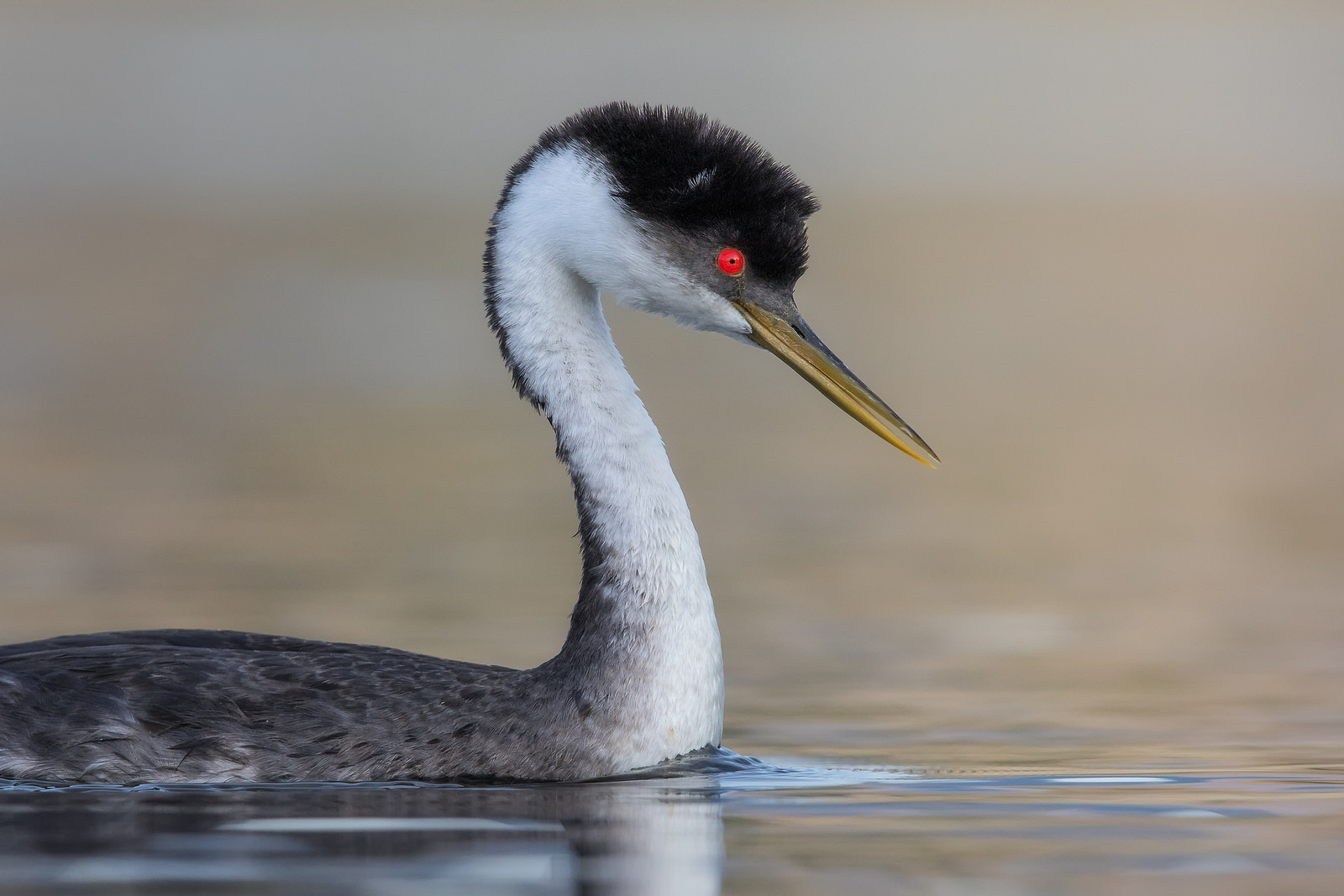 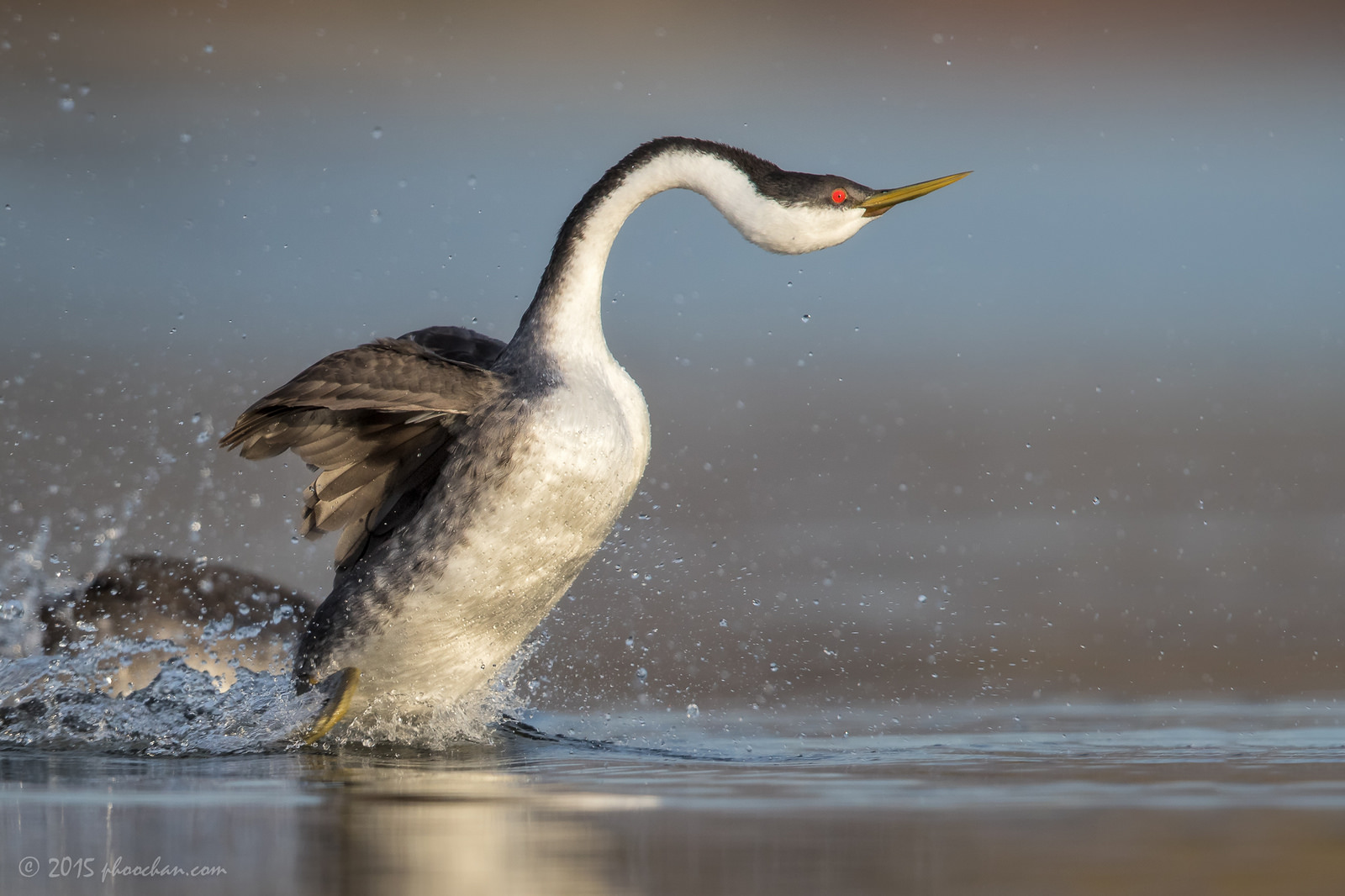 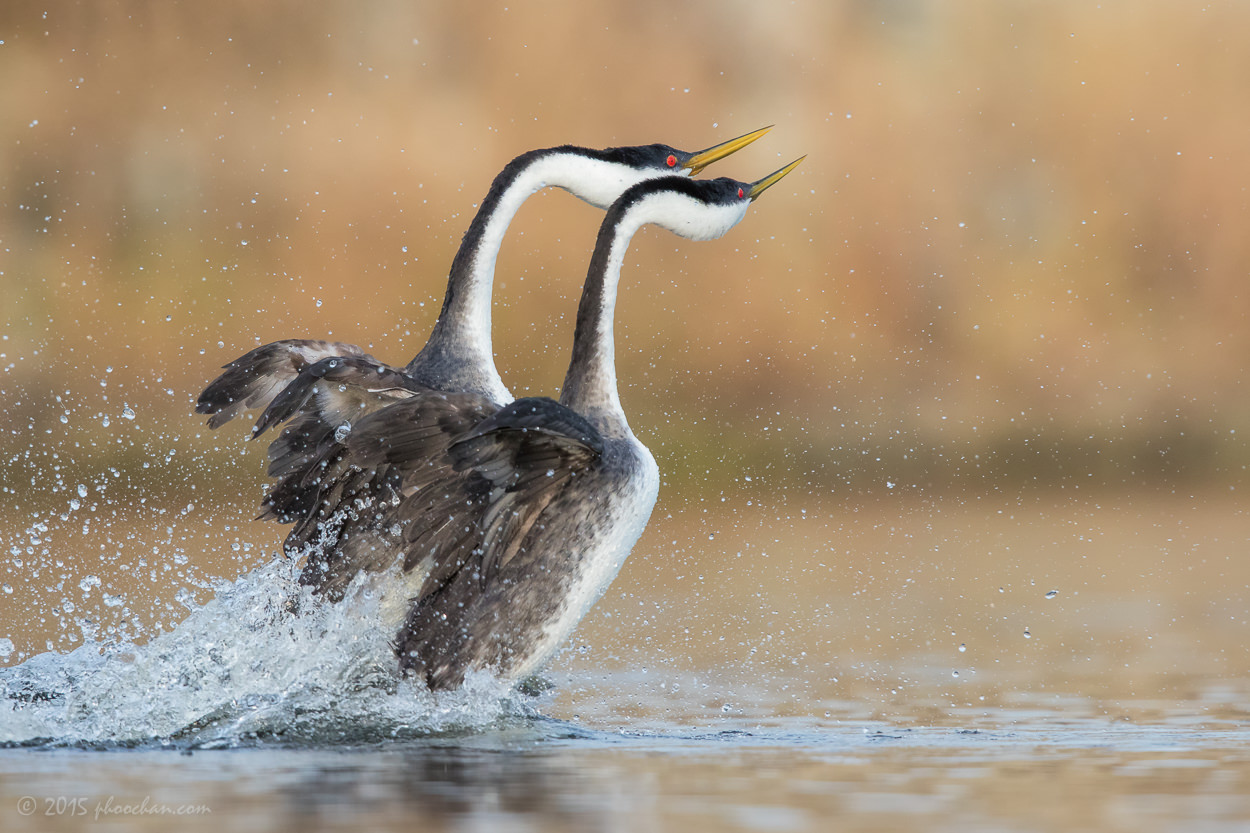 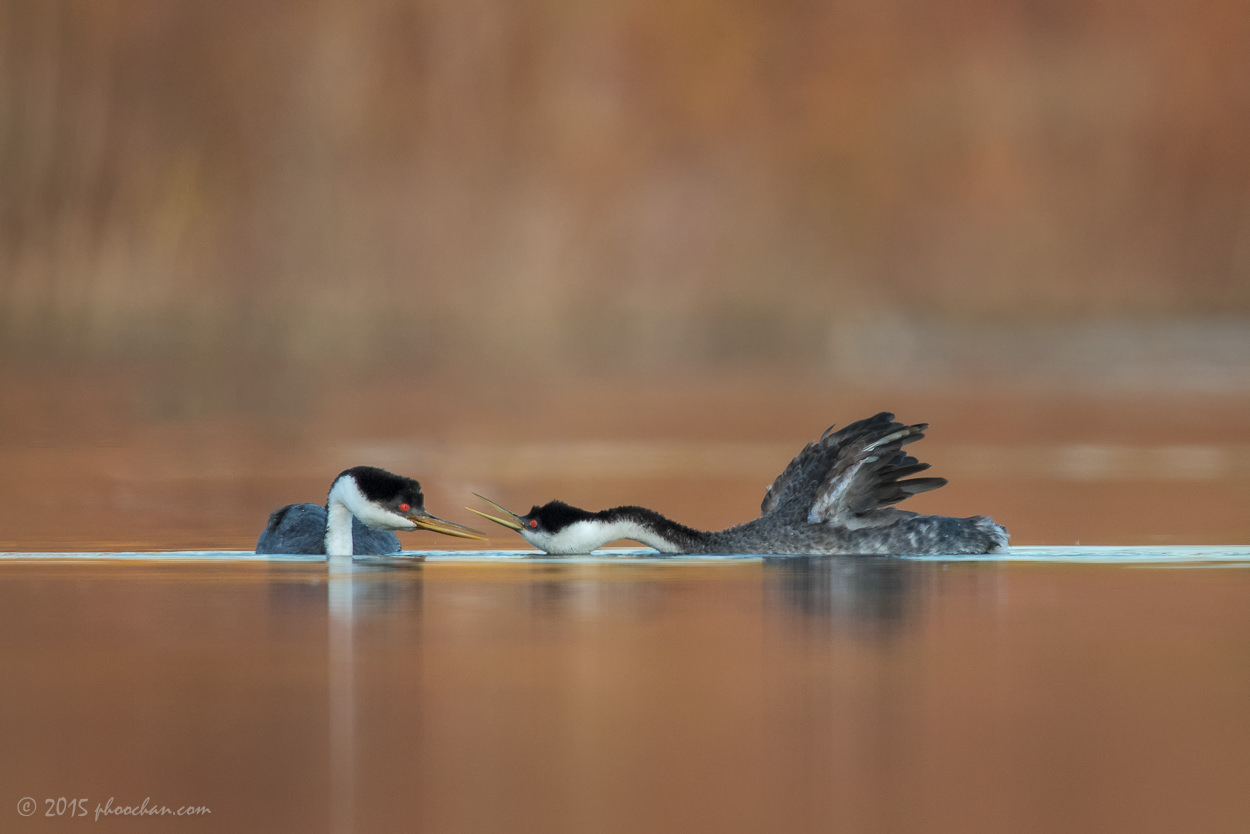 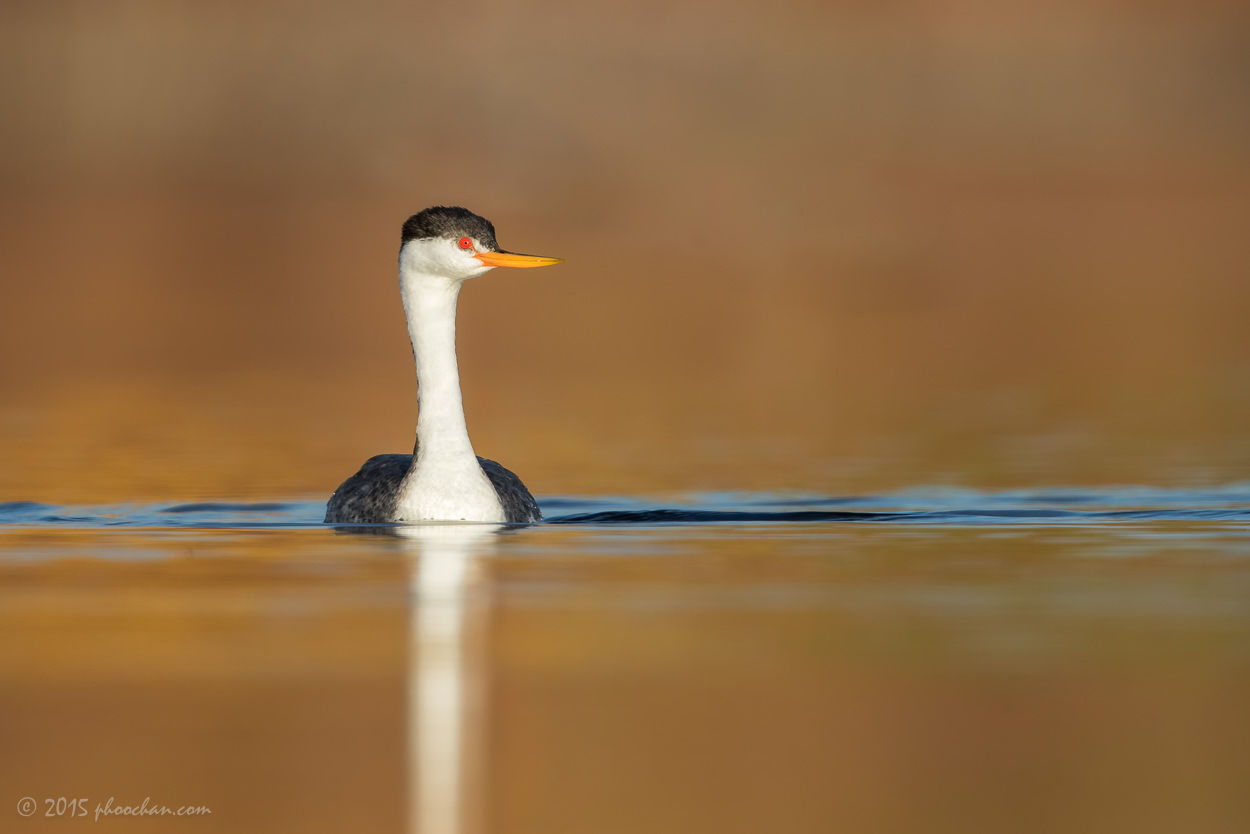 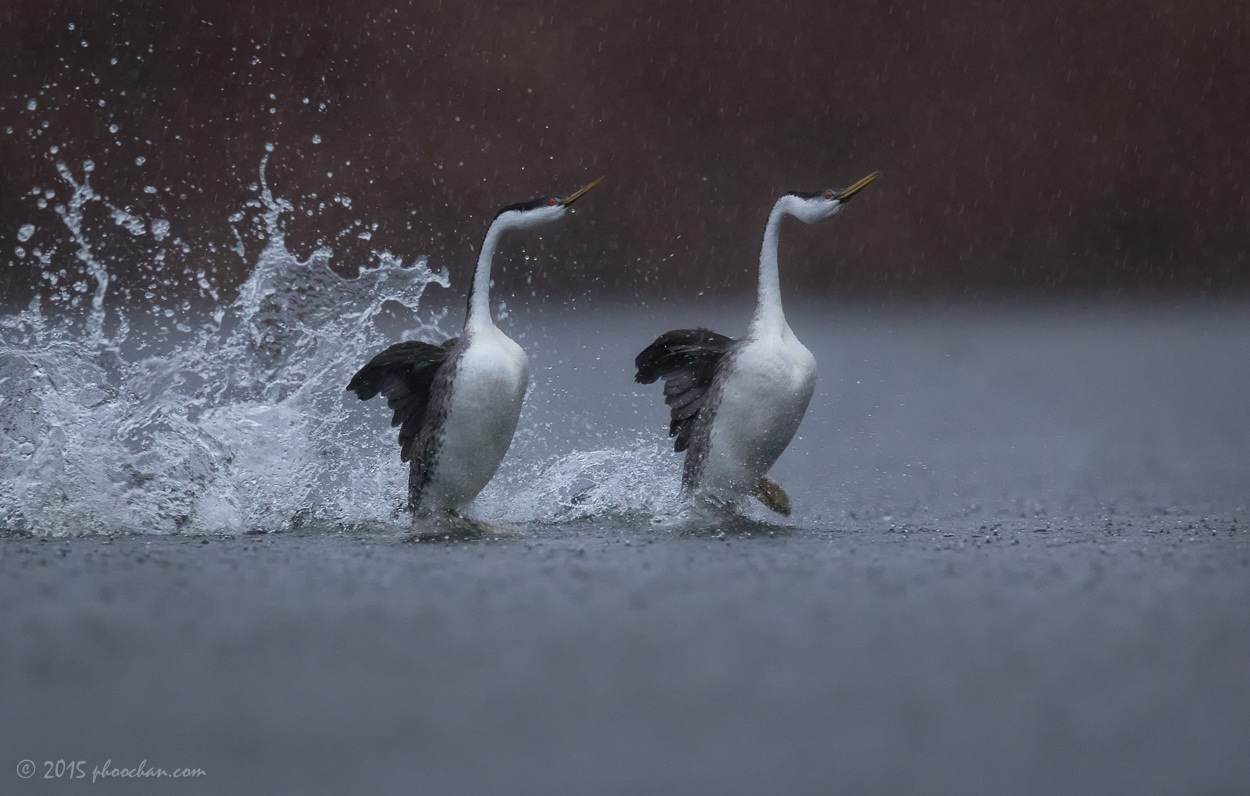 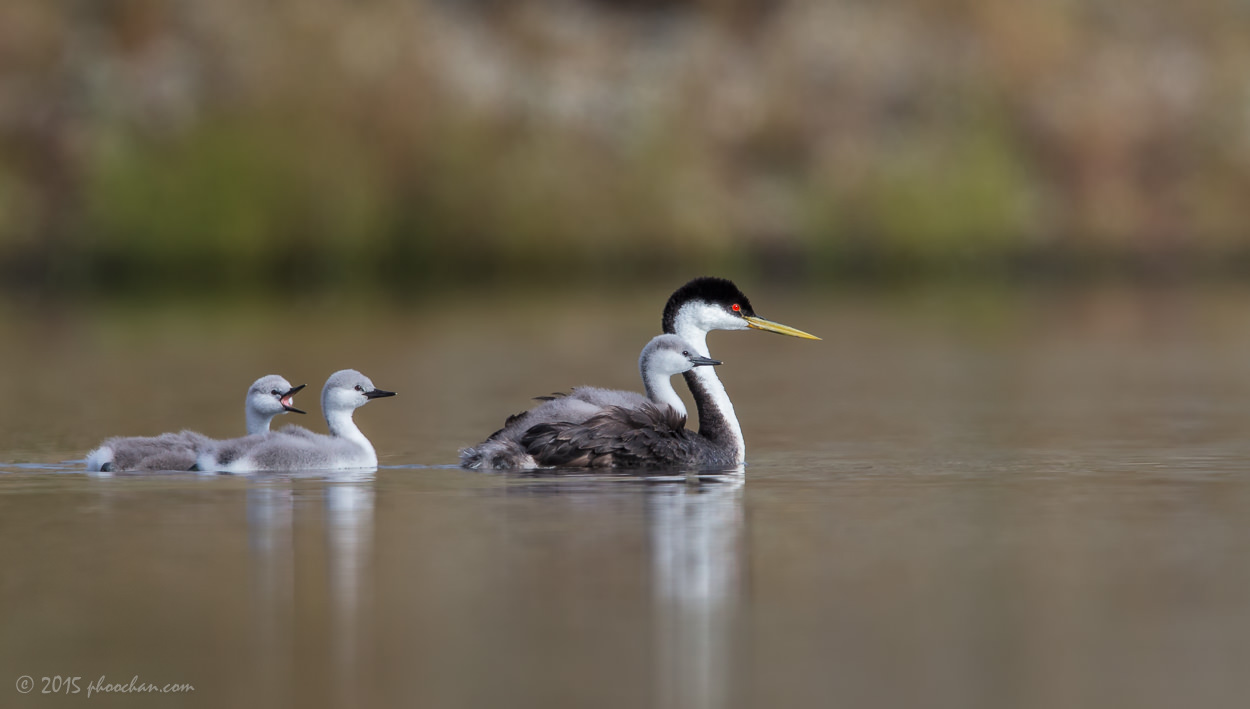 Like other shorebirds, Western grebes do not go by the human calendar or clock to tell them when to start their new family. They merely go by their instinct relying on the weather cycle. Based on human calendar, the breeding season typically starts around April through end of July and by late August through October. During these period, you can find the adult pairs carrying their young(s) on their back. Perhaps due to the global warming, there are more than a dozen of both Western and Clark’s grebes being seen with their courting behavior as late as the week before Thanksgiving at Quarry Lake, which is part of the East Bay Regional Parks of CA. This climate change coupled with severe drought in California have resulted in many lakes which used to be filled with water are now left with shallow puddles that are prone to abundance growth of unwanted algae. This incident drives the grebes to look for new habitats to start their breeding. The search for this new habitat results in the birds being scattered and widely distributed in larger area for breeding. This may lead to the decline of their rate of successful breeding and if this is prolonged, it may have a long term effect on them facing extinction.

The Western Grebe and Clark’s Grebe were formerly considered to be the same species. The main feature that distinguishes the two is that the Western grebe has a black cap extends past their eye. During their breeding season, a loud two-part crick-crick are often heard while the pairs start displaying their courting ritual known as the “Weed Ceremony” where the pair would hold vegetation in their bills. In addition to the Weed Ceremony, the other most unusual ritual known as the “Rushing” occurs where the two birds start lowering their necks just on the water surface signalling to each other as if confirming which direction the two would start their dance. Once the direction is determined, the two lunge forward with their bodies completely out of the water and run forward in synchrony. Their heads, neck, wings, and feet are moved in such synchrony making the display a breathtaking view to witness. A month or two later, the successful pairs can be seen carrying their young on their back.