Pigeons and doves constitute the bird family Columbidae that includes about 310 species.

Pigeons are stout-bodied birds with short necks, and short, slender bills with fleshy ceres. They feed on seeds, fruits, and plants. This family occurs worldwide, but the greatest variety is in the Indomalaya and Australasia ecozones.

In general, the terms “dove” and “pigeon” are used somewhat interchangeably. Pigeon is a French word that derives from the Latin pipio, for a “peeping” chick, while dove is a Germanic word that refers to the bird’s diving flight. In ornithological practice, “dove” tends to be used for smaller species and “pigeon” for larger ones, but this is in no way consistently applied, and historically, the common names for these birds involve a great deal of variation between the terms. The species most commonly referred to as “pigeon” is the feral rock pigeon, common in many cities.

Doves and pigeons build relatively flimsy nests – often using sticks and other debris – which may be placed in trees, on ledges, or on the ground, depending on species. They lay one or two eggs at a time, and both parents care for the young, which leave the nest after seven to 28 days. Unlike most birds, both sexes of doves and pigeons produce “crop milk” to feed to their young, secreted by a sloughing of fluid-filled cells from the lining of the crop. Young doves and pigeons are called “squabs”. 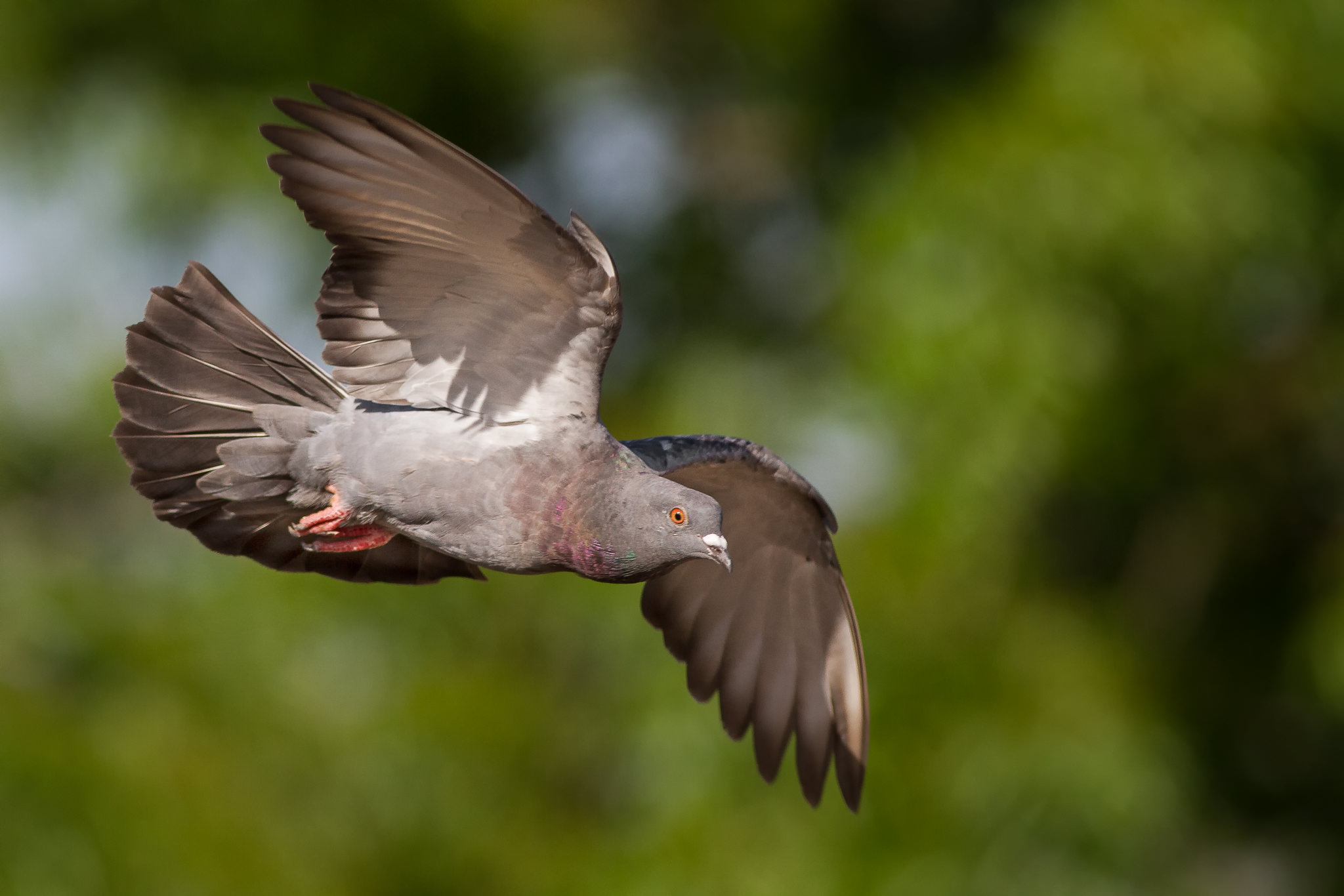 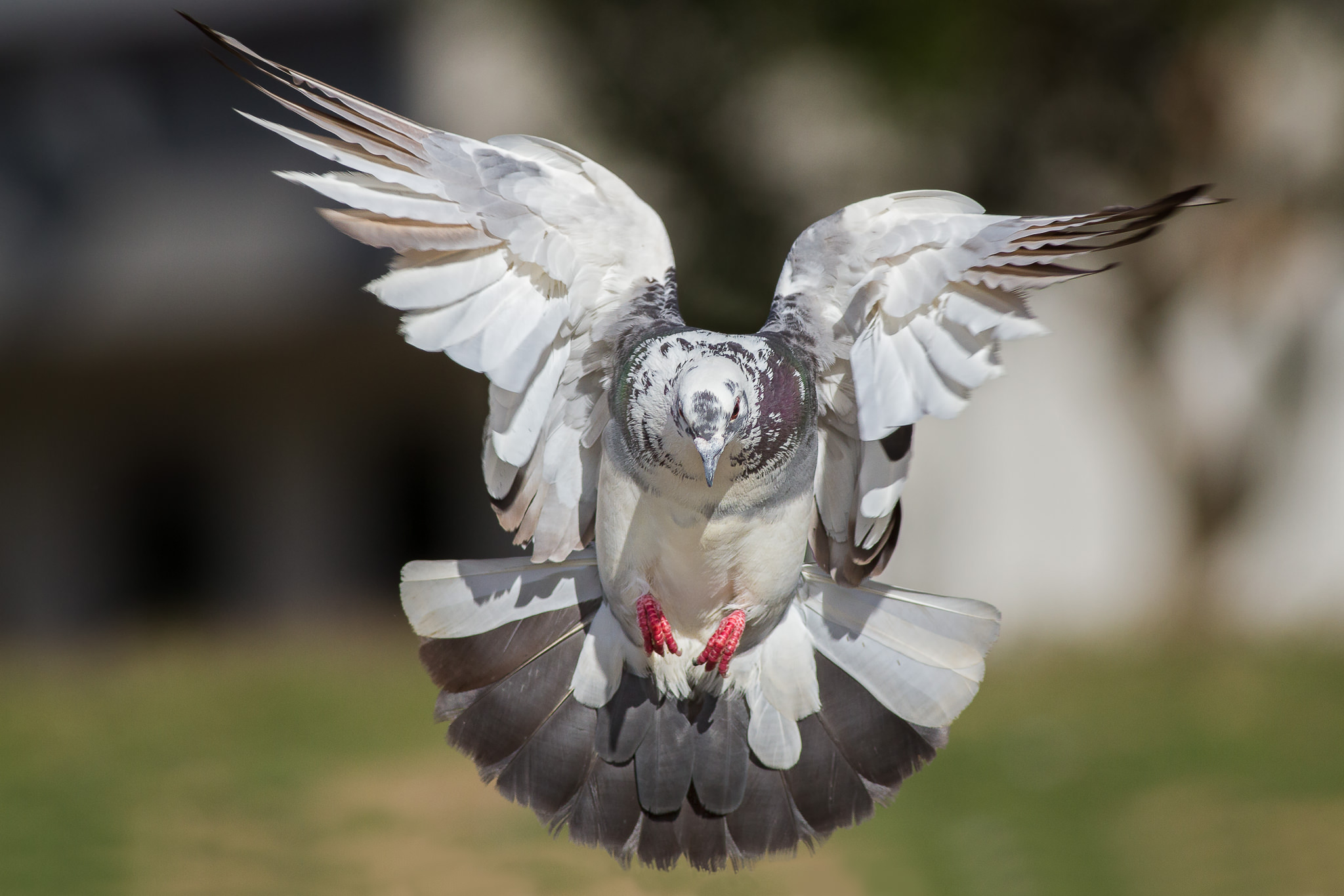 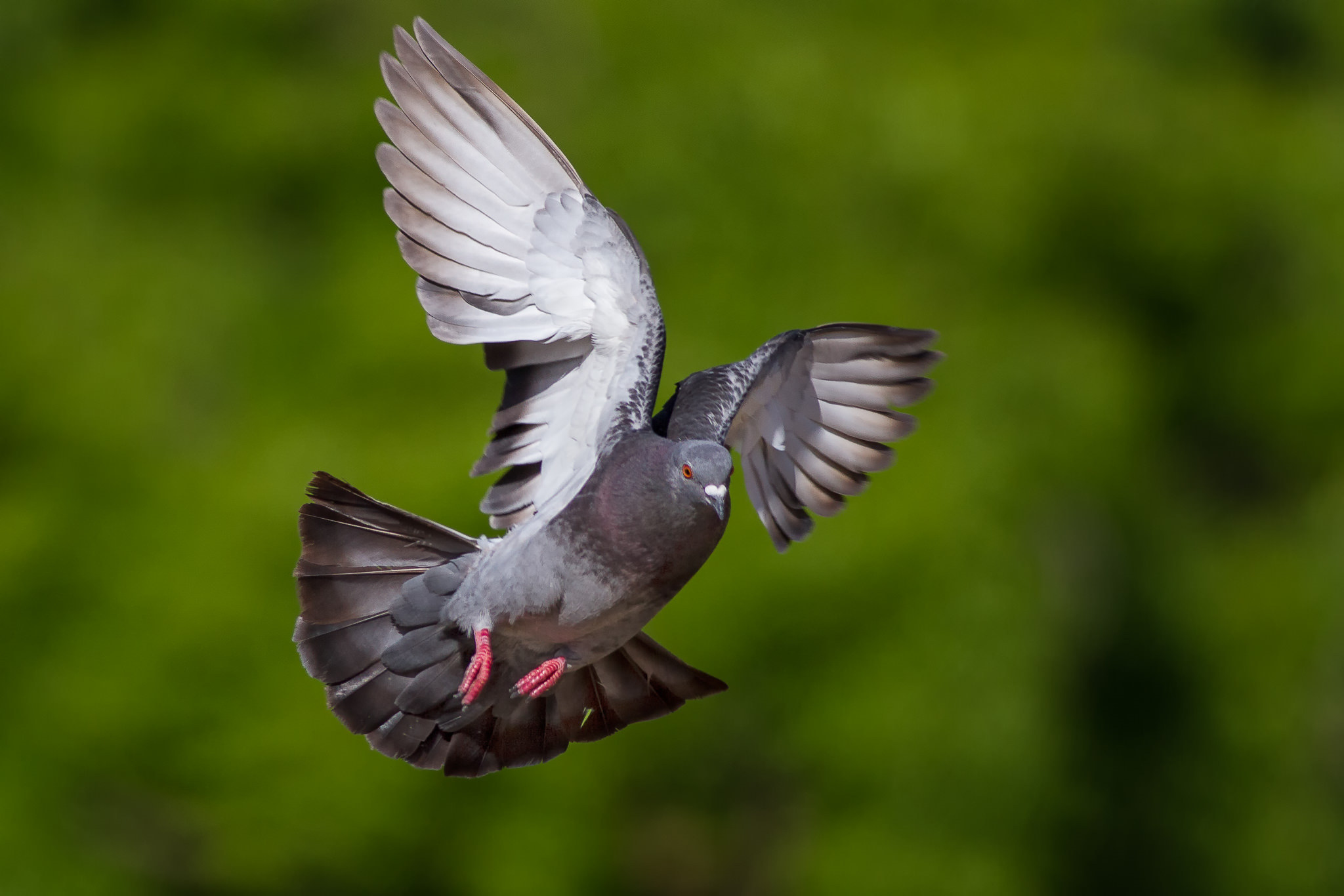 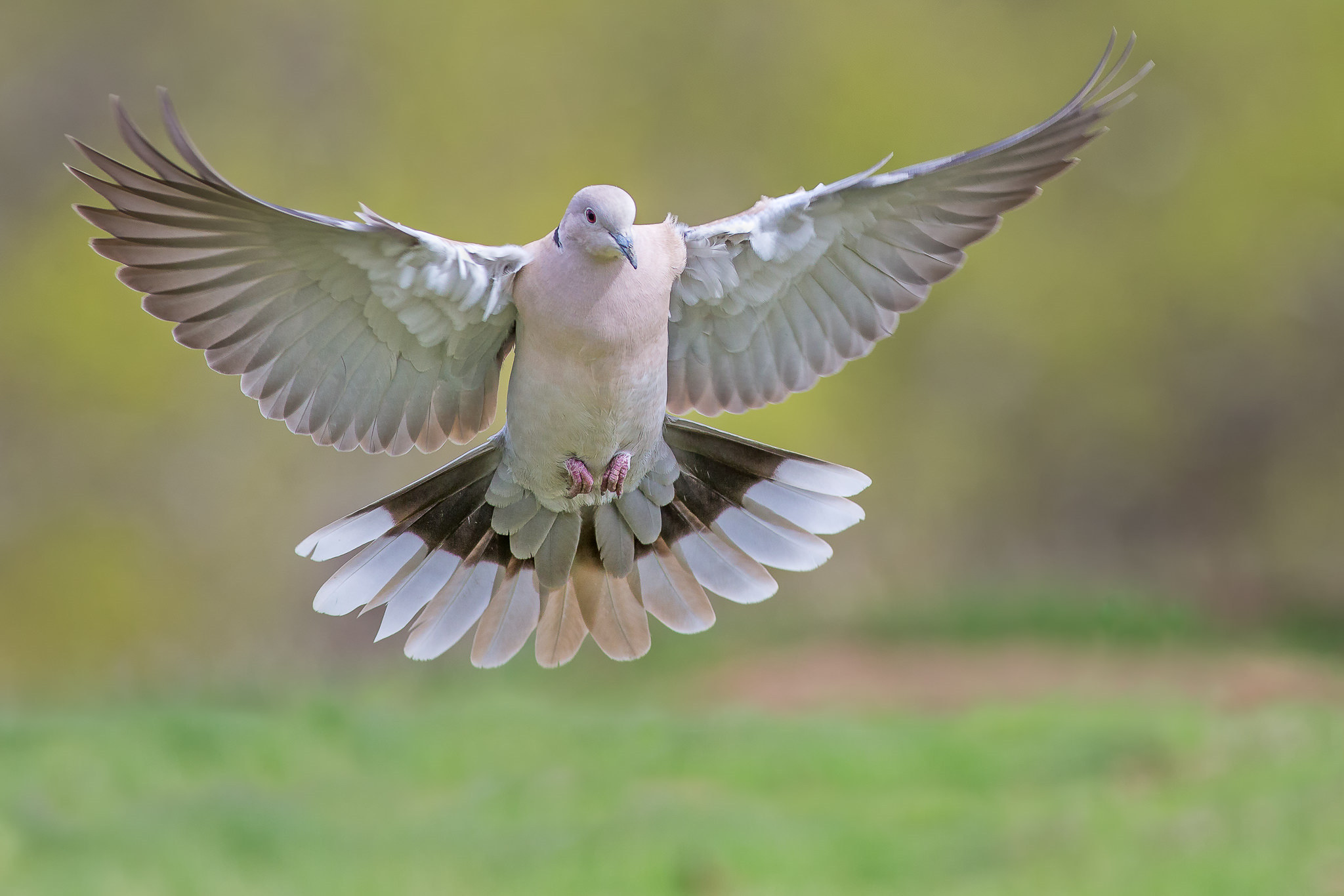 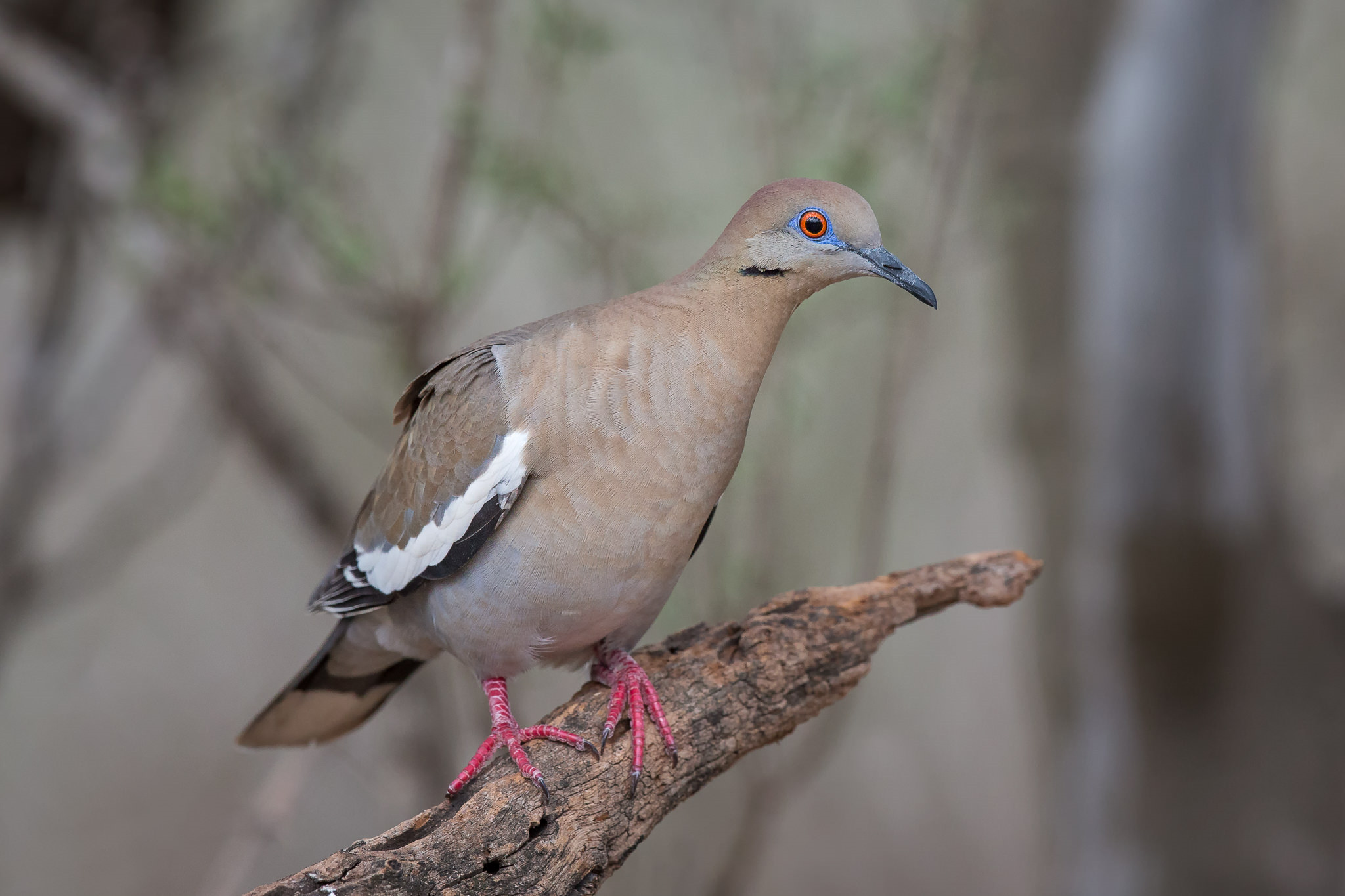