The Oriental dwarf kingfisher (Ceyx erithaca), also known as the black-backed kingfisher or three-toed kingfisher, is a species of bird in the family Alcedinidae.

This is a small, red and yellow kingfisher, averaging 13 cm (5.1 in) in length, yellow underparts with glowing bluish-black upperparts. A widespread resident of lowland forest, it is endemic across much of the Indian subcontinent and Southeast Asia. It is found in Bangladesh, Bhutan, Brunei, Cambodia, India, Indonesia, Laos, Malaysia, Myanmar, Singapore, Sri Lanka, and Thailand.

The preferred habitat is small streams in densely shaded forests. In the Konkan region of southwest India, it begins to breed with the onset of the southwest monsoon in June. The nest is a horizontal tunnel up to a metre in length. The clutch of four or five eggs hatches in 17 days with both the male and female incubating. The birds fledge after 20 days and a second brood may be raised if the first fails. The young are fed with geckos, skinks, crabs, snails, frogs, crickets, and dragonflies. The rufous-backed kingfisher is sometimes considered a subspecies. 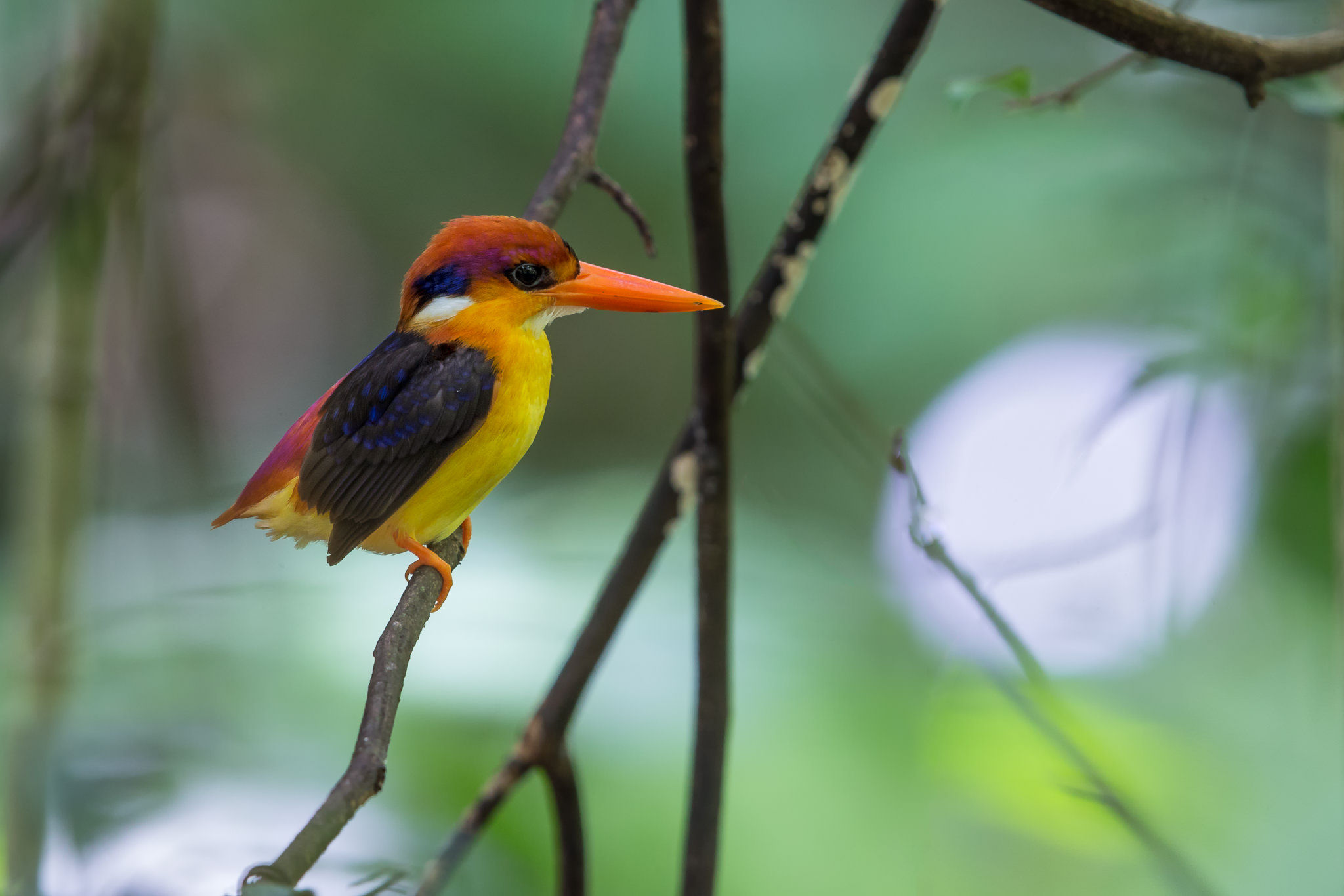 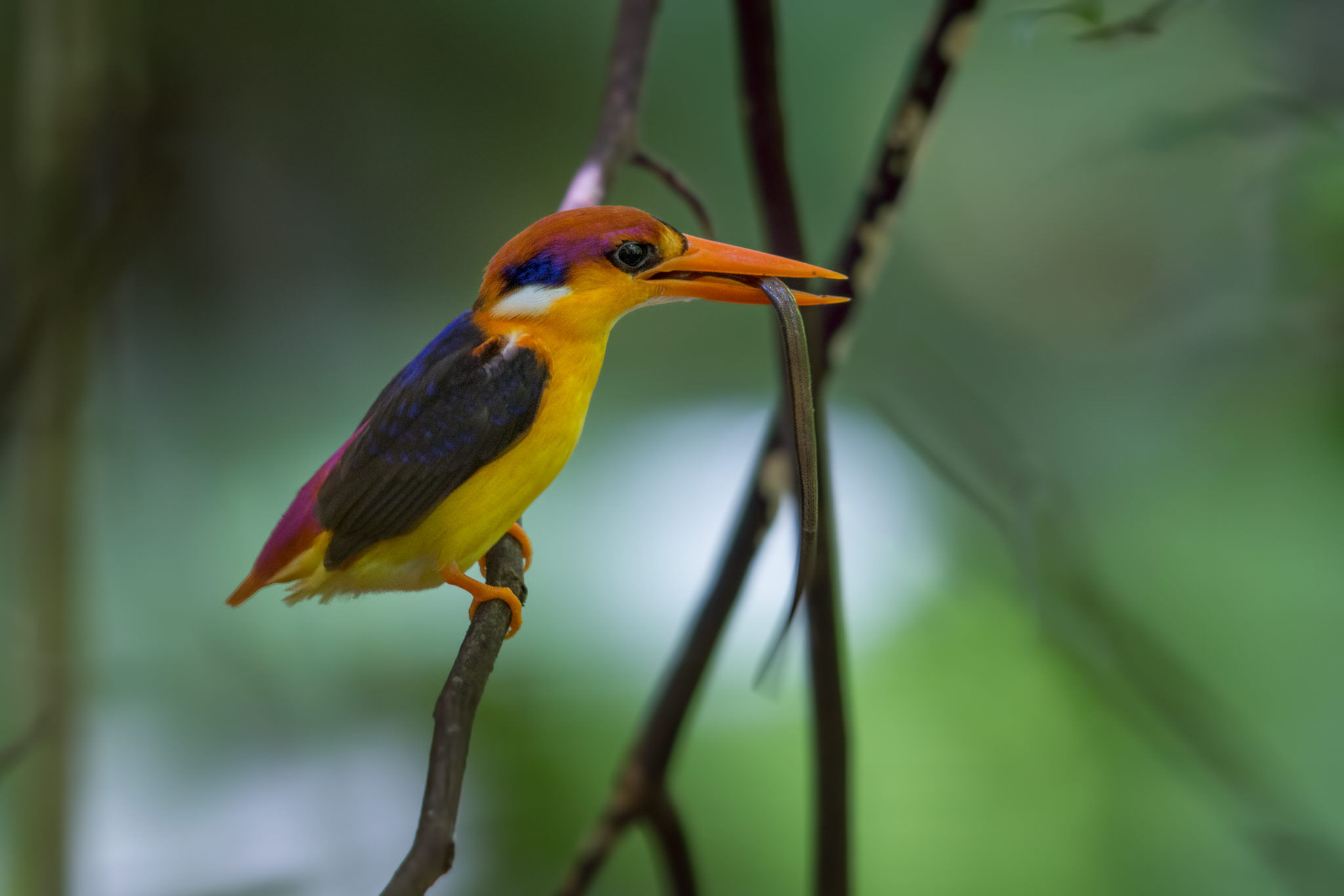