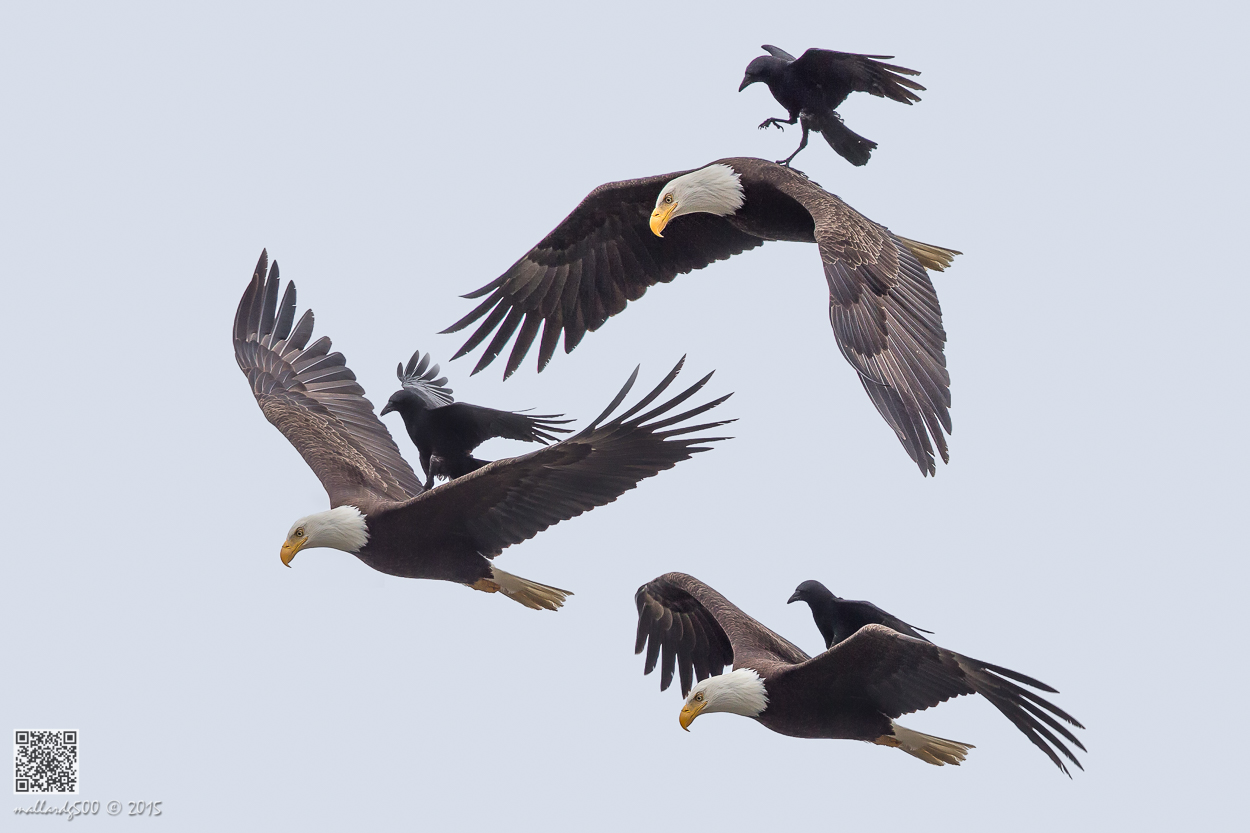 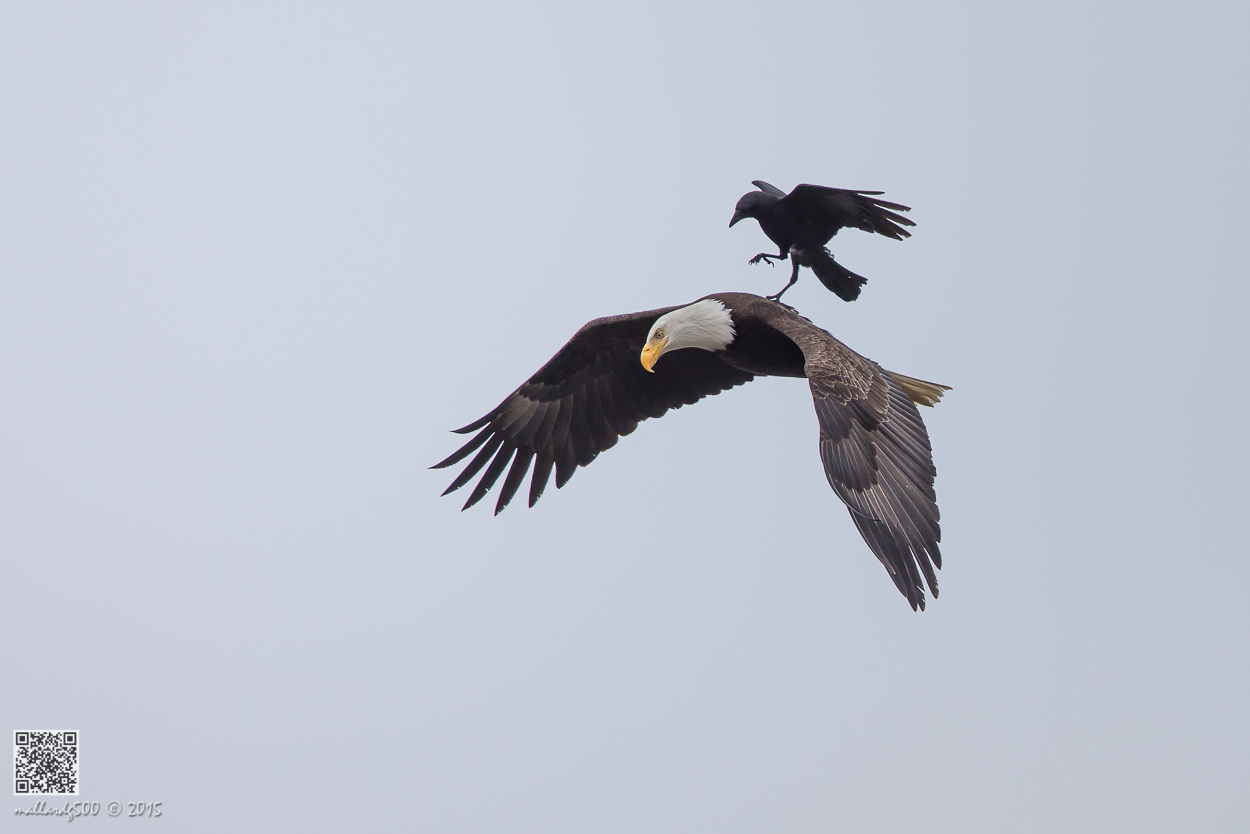 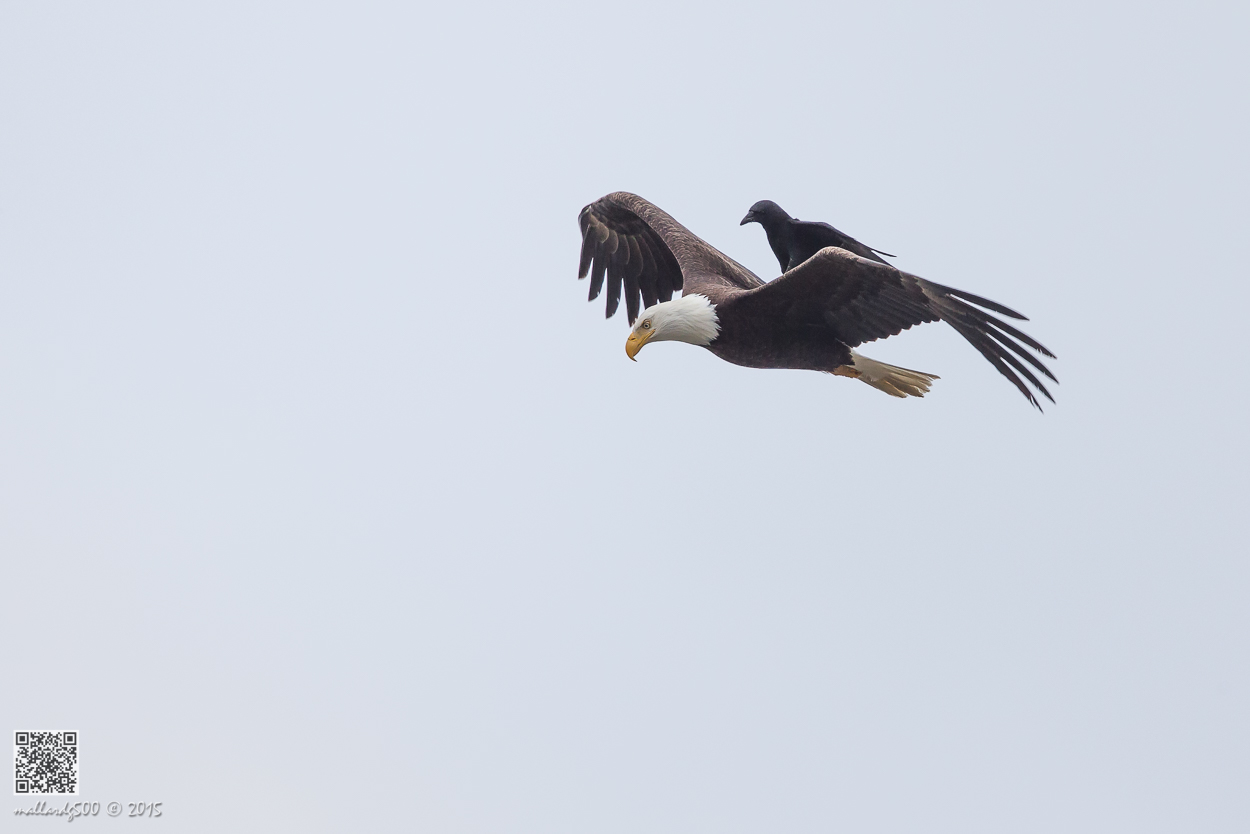 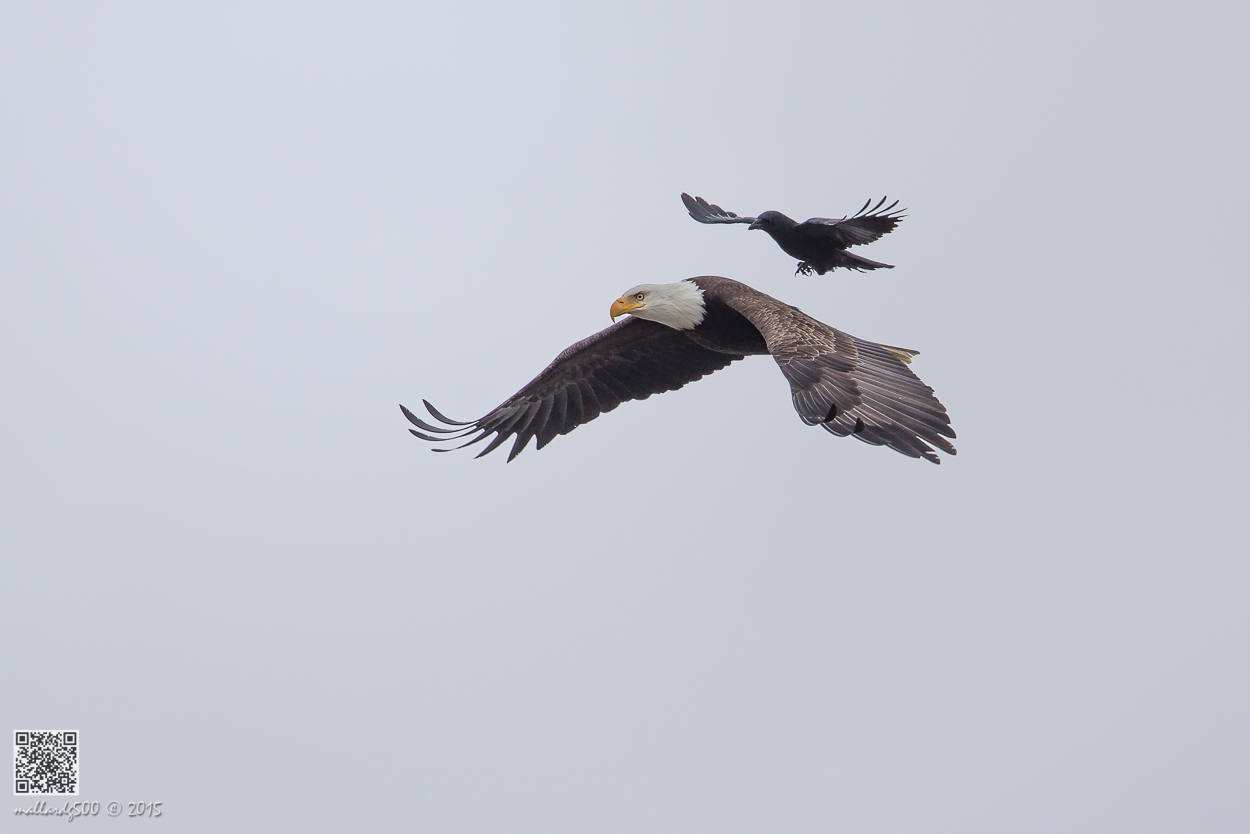 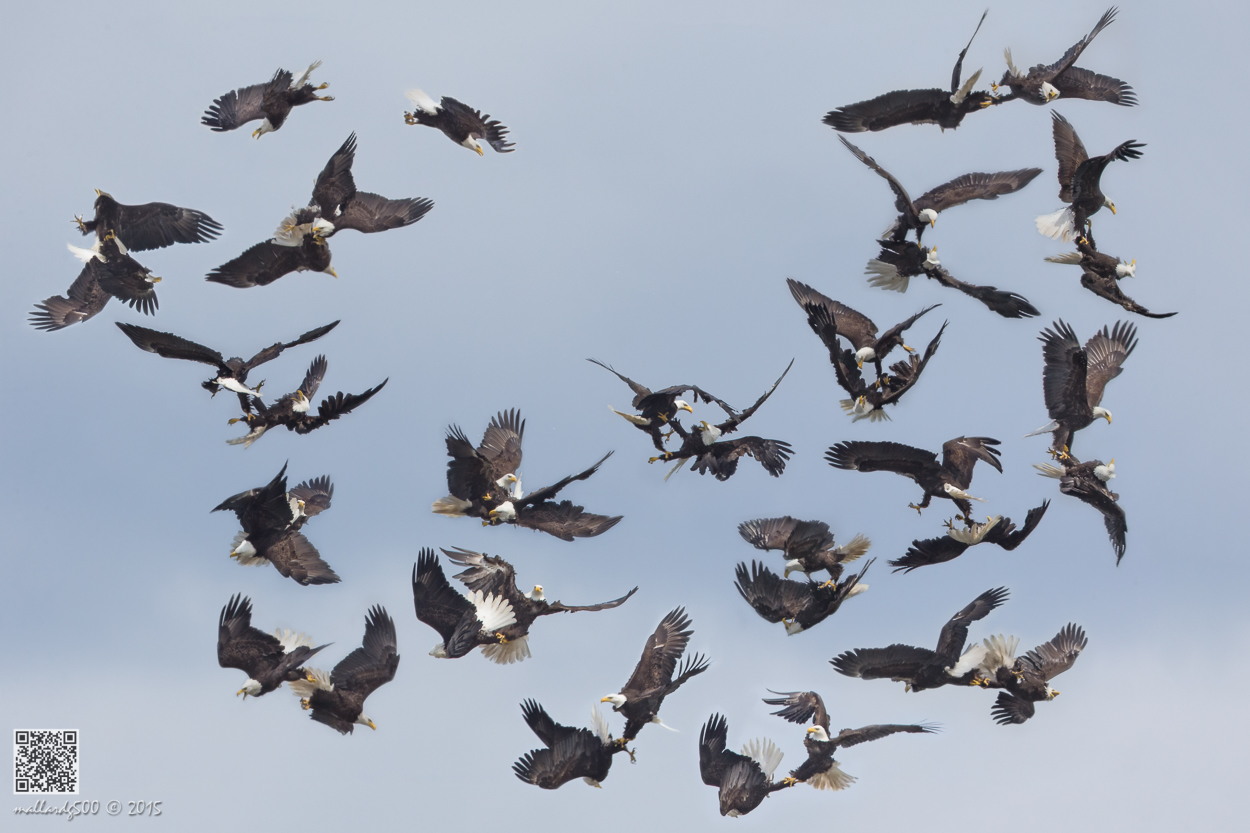 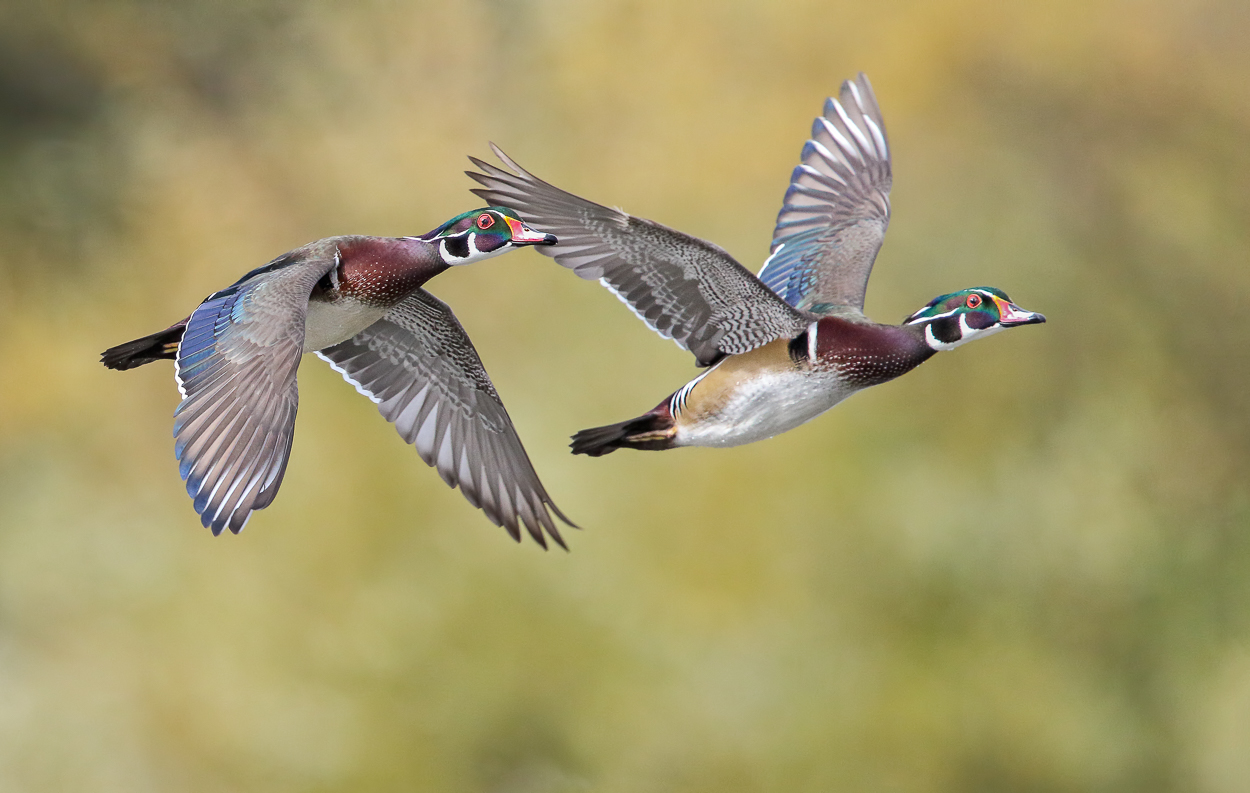 Since the eagles were in action all along the beach, we each went our own way in search of our targets. As I was tailing one of the eagles, whose undivided attention was on the water surface for an easy midshipman, a crow approached from behind, about 25 feet below the eagle. In my five years of capturing raptors and birds in flight, I have witnessed crows aggressively harassing other raptors that are much bigger in size in their territories, and usually these ‘intruders’ simply retreat without much fuss. It was absolutely mind-blowing when the crow did not appear to harass the bald eagle even at such close proximity, and neither did the bald eagle seem to mind the crow invading its personal space. What was even more amazing was when the crow briefly perched on the back of the eagle as if it was taking a free scenic ride and the eagle simply obliged. It was a sight to behold and I was delighted to have captured over 30 raw files of the sequence as keepers. Here’s a composite images of three shots of the sequence. As usual I posted my shots on Flickr and 500px and they did not draw much attention until I was approached by Michael of Media Drum who published the images on Daily Mail News. To my surprise, the images went viral overnight … thanks to the power of social media. I had never received such international exposure for my work prior to this. The images were published in various media in more than 20 countries, from America to Europe to Asia and all the way down south to New Zealand.

I was delighted to see the images shared and liked 36,000 times in NatGeo Facebook.  They were even covered by news channels like CBS News as well as Wochit News while many twisted the images to make their statements on YouTube.

It was interesting to read varying comments from many viewers. While many complimented the images, some simply said outright they were Photoshopped. Several comments were hilarious. For example, Jeff Hamada tweeted “I CAN DIE HAPPY. my fav tattoo has become reality. a crow riding on a bald eagle!!” while displaying a picture of his tattoo of a crow with a cigar riding on a bald eagle. Since the shots went viral during July 4th week, the infamous crow and eagle pair were symbolized into many different perspectives putting politics at center-stage. It was most definitely a wonderful and satisfying experience for me even though it was only a one-week-fame sort of thing. The recognition I received for these shots have inspired me to share my experiences. I prefer to photograph action shots handheld as it gives me better flexibility to follow the moving subjects rather than having the camera on a tripod. I would go with a monopod when lighting is less conducive.